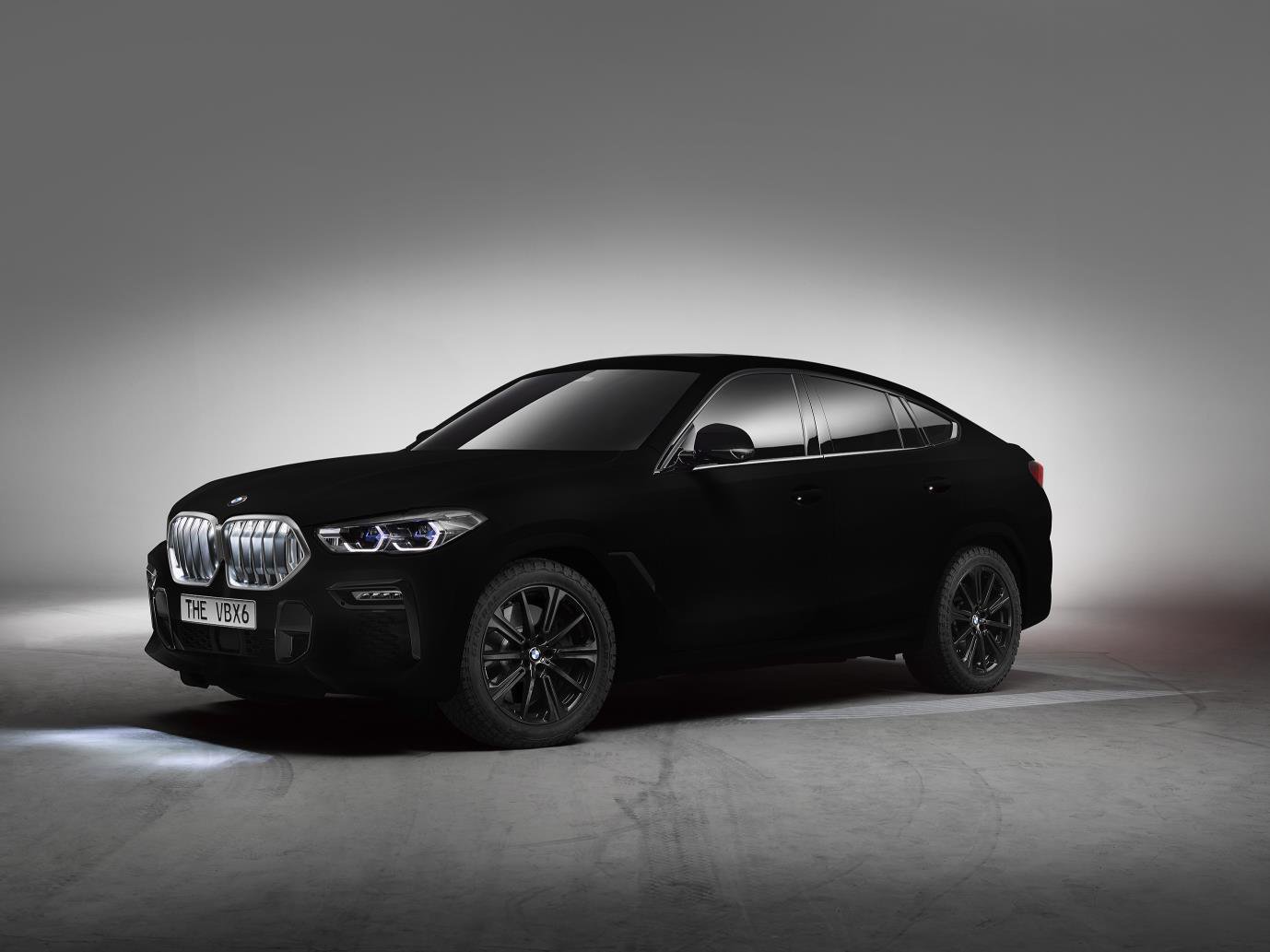 BMW VBX6: this is not just black, this is Vantablack black

BMW has released a Vantablack version of its X6 SUV/coupe, which has been spray-painted with ‘the world's blackest black’ pigment said to absorb over 99 per cent of light.

Inventors of the Vantablack technology, Surrey NanoSystems, collaborated with creative agency Levitation 29 to coat BMW's latest X6 SUV/coupe with a sprayable version of the pigment.

According to the Bavarian automaker, the BMW VBX6 is the "first and only vehicle in the world" to feature a Vantablack VBx2 coating, which almost entirely removes all reflections. 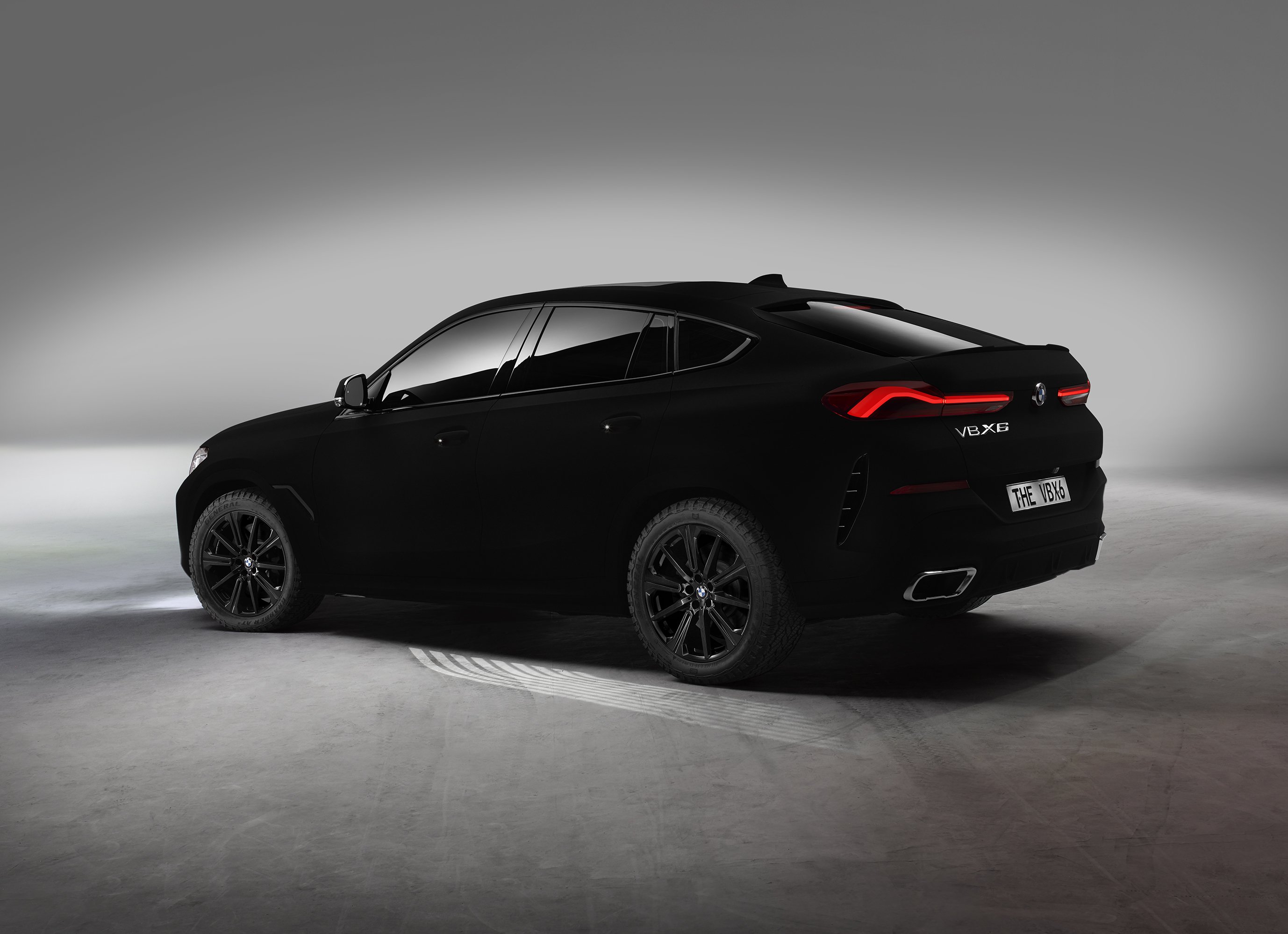 Exclusive rights to the original Vantablack pigment are controversially owned by artist Anish Kapoor, but the VBx2 coating is a slightly different material, with pigment suspended in a carrier solution that allows it to be sprayed onto larger areas.

Its ability to absorb over 99 per cent of light causes the human eye to perceive Vantablack in both its forms as two-dimensional, interpreted by the brain as similar to staring into a ‘hole’ or ‘void’.

Coated in the blackest shade in the world, the BMW VBX6 appears to lose its three-dimensional shape, including most of the car's defining features like its distinctive twin headlights and kidney grille.

The VBx2 variant of Vantablack has a one per cent total hemispherical reflectance, meaning it is still considered super-black while enabling a small amount of reflection from every angle.

"We realised that it wouldn't have worked if we'd put on the original Vantablack material, as the viewer would have lost all sense of three-dimensionality," said Ben Jensen, Vantablack inventor and founder of Surrey NanoSystems. "It worked really well because of the size of the car, its distinctive shape, and how imposing it is," he added. "VBx2 with its one per cent reflectance provides just enough of a hint of shape. But putting a paint like that on a conventional car lacking a distinctive design would probably detract from it in some way," said Jensen.

According to its creators, the project was conceived as a playful yet cutting-edge take on the tradition of concealing key design features by keeping cars under cloth.

"Internally, we often refer to the BMW X6 as 'The Beast'," said Hussein Al Attar, designer of the BMW X6. "The Vantablack VBx2 finish emphasises this aspect and makes it look particularly menacing."

"We often prefer to talk about silhouettes and proportions rather than surfaces and lines," he added. "The Vantablack VBx2 coating foregrounds these fundamental aspects of automotive design, without any distraction from light and reflections."

British artist Anish Kapoor acquired exclusive rights for the Vantablack pigment in 2016, making him the only person in the world who can paint using this colour.

It triggered a long-running and continuing feud with Stuart Semple who created his own version of blackest-black, available to anyone but Kapoor. 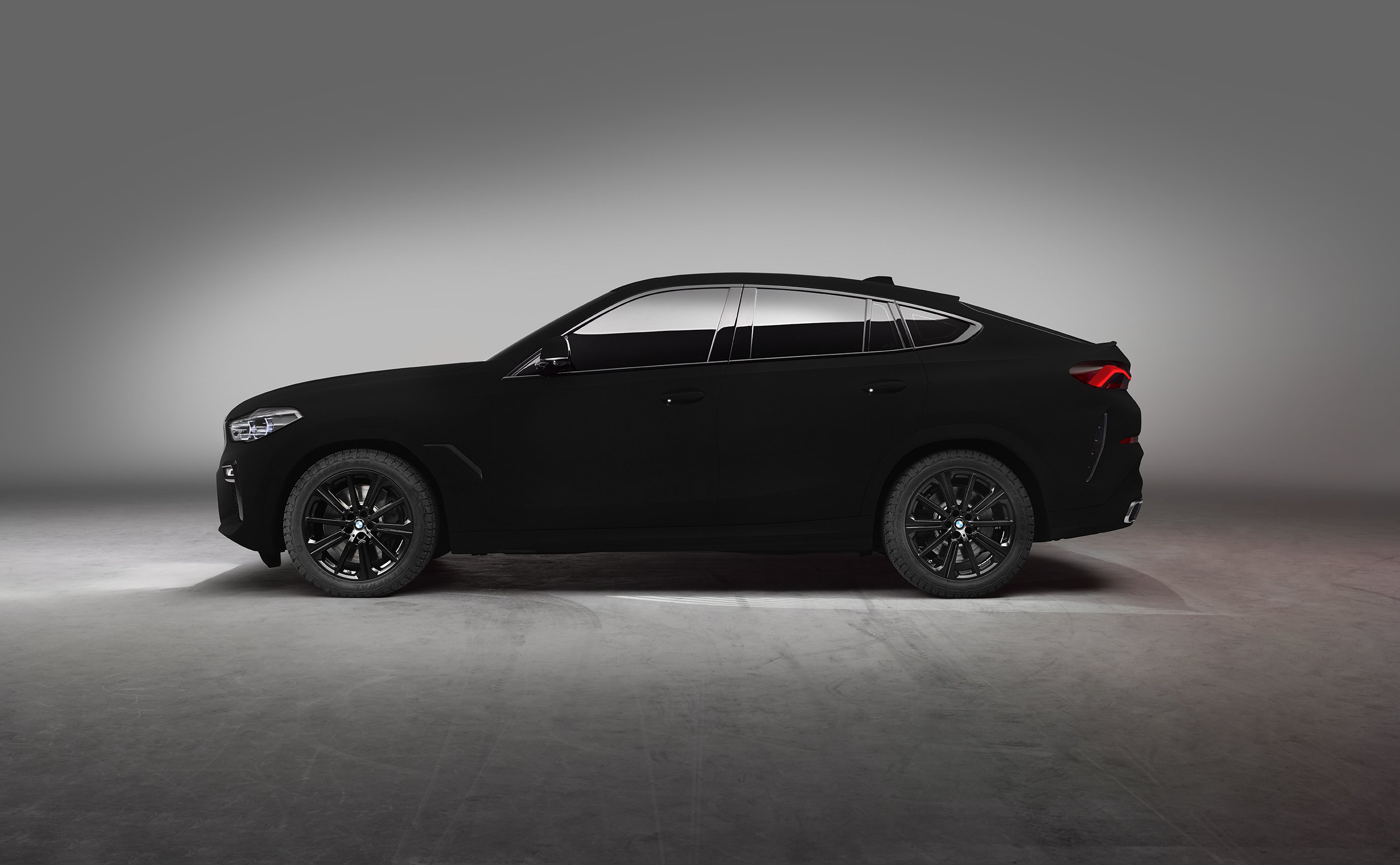 Initially developed for coating space-borne components, Vantablack is composed of a series of microscopic vertical tubes around 5,000 times thinner than a human hair. When light strikes the surface, it is almost completely absorbed rather than reflected and is continually deflected between the tubes.

VBx2 uses the technology in a slightly different way to the original Vantablack, with a sponge-like structure rather than a series of tubes.

Known as the BMW VBX6, the Vantablack vehicle will make its debut at the Frankfurt Motor Show next month.