The 2020 BMW 3 Series Touring is now available to order in the UK, with a confirmed line-up of nine models, including a plug-in hybrid (PHEV) option. Across the globe, estate cars, tourers, station wagons – call them what you will – have felt the impact of the ever growing SUV market, but, more than ever, the newcomer remains an important part of BMW’s business.

The outgoing 3 Series remained BMW's second biggest seller in its final year on sale and accounted for 17 per cent of all deliveries in 2018. For the estate, BMW claims 1.7 million have been shifted since its introduction in 1987, half a million of which may be attributed to the outgoing version. 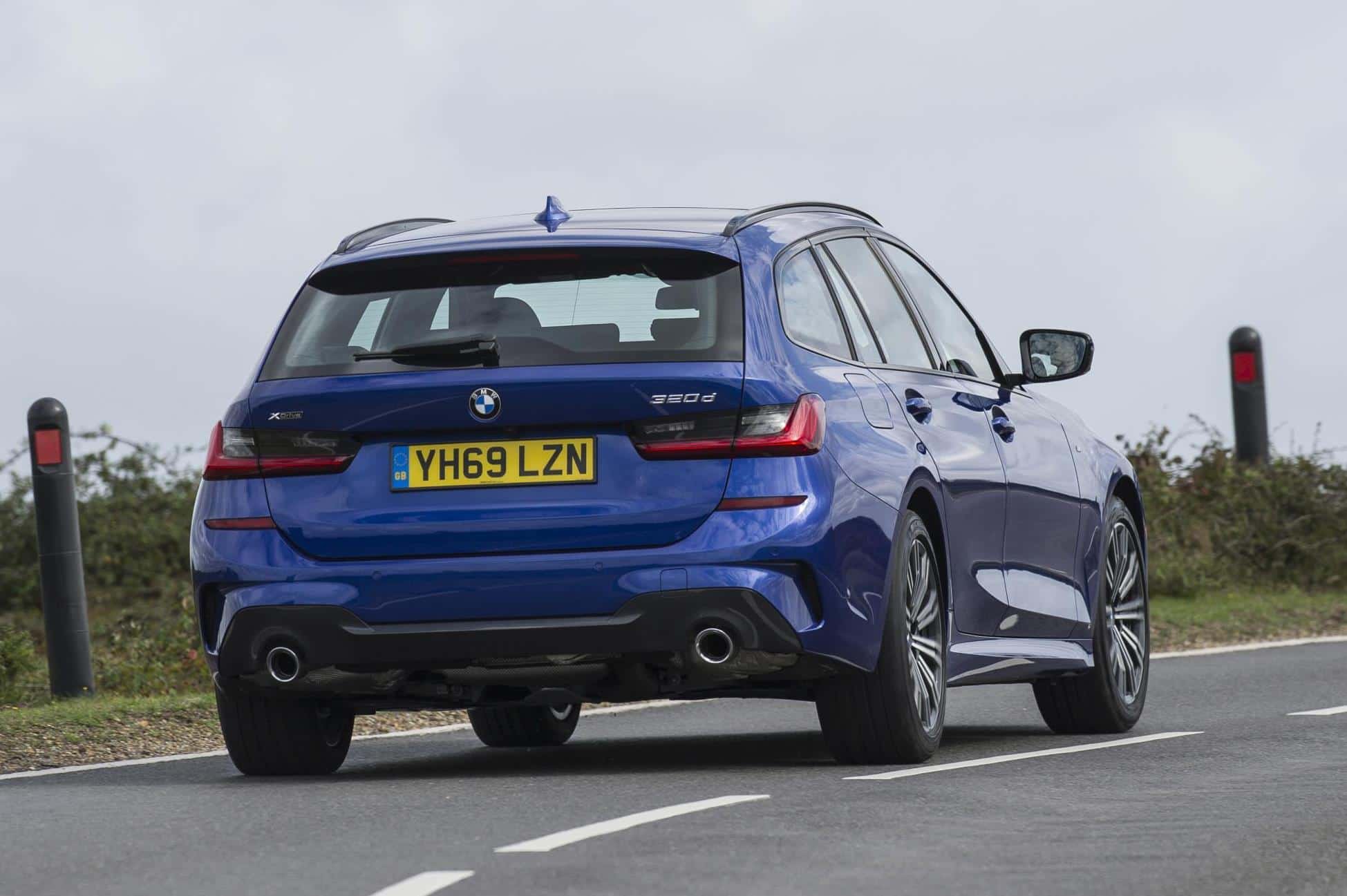 Five diesel options are available from launch. First up is the four-cylinder 148hp 318d with an eight-speed automatic gearbox as standard. The more powerful 187hp 320d model is paired with a six-speed manual gearbox by default, but an automatic gearbox and xDrive all-wheel drive are optional on the 320d. The final oil-burner is the six-cylinder, 258hp 330d, also available with all-wheel drive xDrive. Next summer, the plug-in 330e joins the line-up. It will pair up the 181hp engine of the 320i with a battery and electric motor combo bringing an additional 108hp to proceedings, with maximum output claimed at 288hp. BMW claims an mpg of 156.9 is possible, along with a 0-62mph sprint time of 6.1 seconds. Inside, the cabin is borrowed pretty much wholesale from the saloon. The dashboard and instrument panel layout is identical, but BMW says that the standard front seats have changed, while sports seats are equipped by default on Sport and M Sport versions of the car. SE and Sport models use traditional dials and feature an 8.8-inch central display, but higher-spec M Sport and M Sport Plus Edition cars get the full-size 12.3-inch central unit and a fully-digitalised instrument panel.

An estate’s luggage capacity and overall practicality are its raisons d'être. By default with row two in place, the 3 Series Touring offers 500 litres of space which is an improvement of just five litres over the old model. The rear bench folds 40:20:40 revealing a maximum capacity of 1,500 litres. An automatic tailgate is standard on every model and how high it raises up can be adjusted through the iDrive infotainment system. A neat touch is that the rear window can be opened separately. The width of the boot is a significant 112mm more than its predecessor and BMW has developed new optional ‘anti-slip’ rails which extend upwards when the boot is closed to restrict cargo from moving around. Both the boot compartment cover and the partition net can be detached separately and stowed in dedicated spaces beneath the boot floor.

An electronic tow bar is optional and all but the petrol powered 320i (1,600kg) boast a maximum braked towing capacity of 1,800kg.