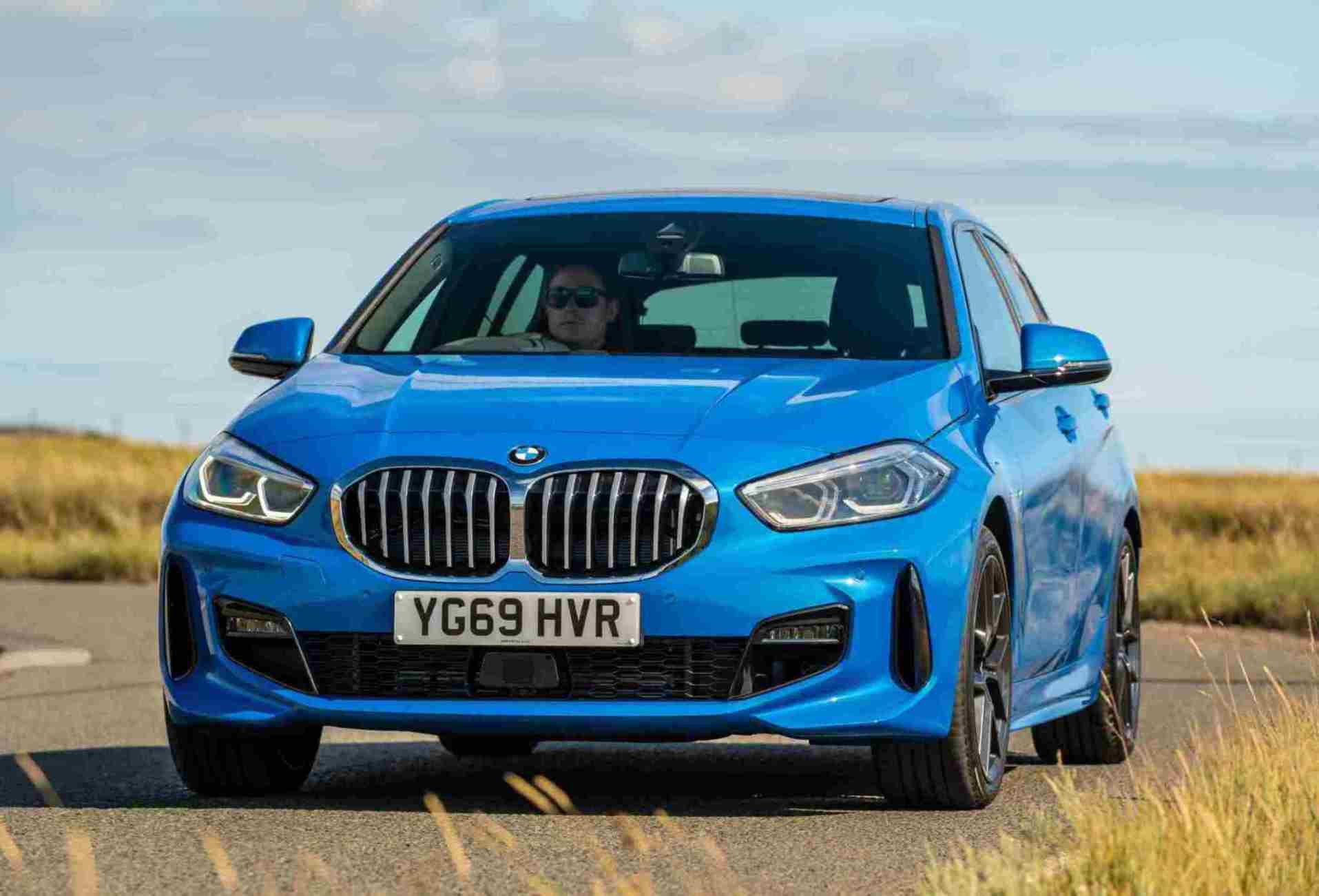 ➤ The all-new, third-generation BMW 1 Series has gone on UK sale, with first deliveries expected by mid-October, 2019.

The all-new, third-generation BMW 1 Series is a big change from its predecessor and is hugely important for the Bavarian carmaker. New from the ground-up, there’s more space inside, up-to-the minute tech, and an all-new front-wheel drive platform. 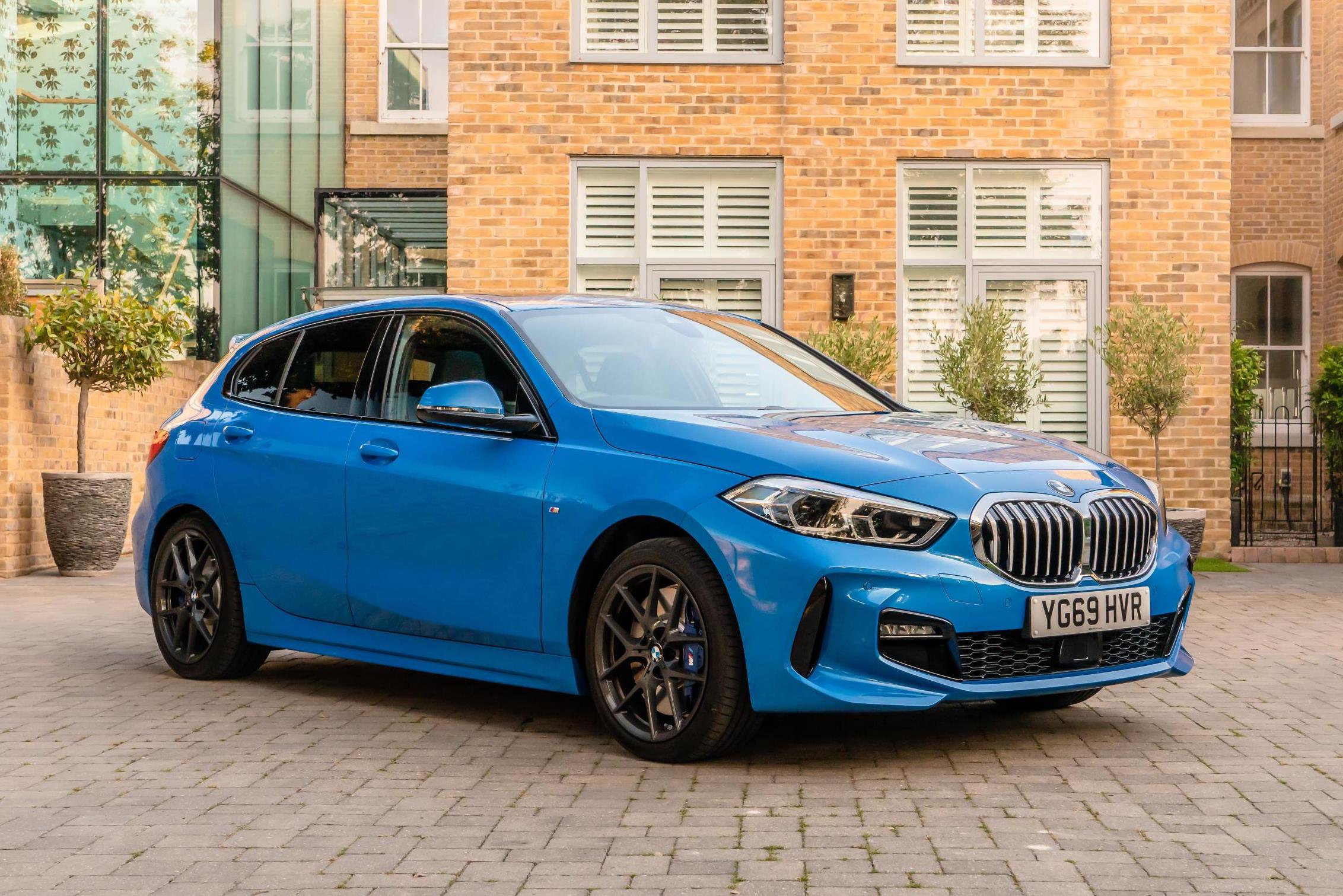 The 1 Series comes in SE, Sport and M Sport forms, and the range is topped off by M135i xDrive. It has some tough opposition to face up to, not least the recently-launched Mercedes-Benz A-Class and Audi A3, which are its strongest rivals in the premium market sector.

The new car shares much of its under-the-skin engineering with the MINI line-up, as well as the BMW X1, X2, and 2-series Active/Gran Tourer ranges, and sees the introduction of new driver and safety tech, which BMW says puts it right at the cutting edge of its market sector. 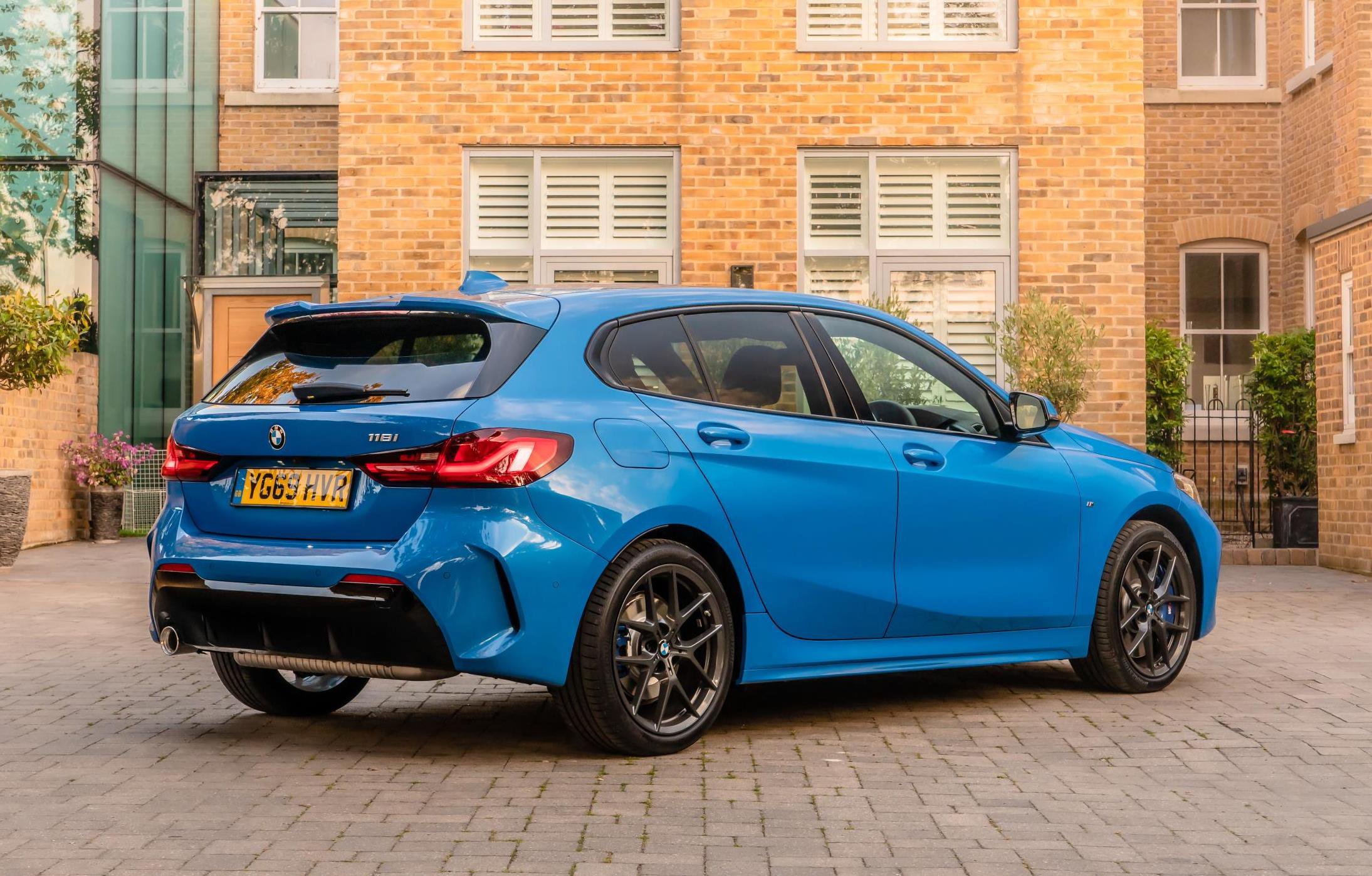 There is no three-door version available at launch, and that’s likely to remain the case throughout the car’s life. The top petrol and diesel versions gain BMW’s xDrive four-wheel drive system, which should keep all that power in check.

The BMW 1 Series receives a familiar line-up of three-and four-cylinder petrol and diesels. They’ve all been redeveloped for improved power and efficiency, so the entry-level three-cylinder 1.5-litre 118i now develops 140hp and CO2 emissions are cut to 123-114g/km (NEDC). 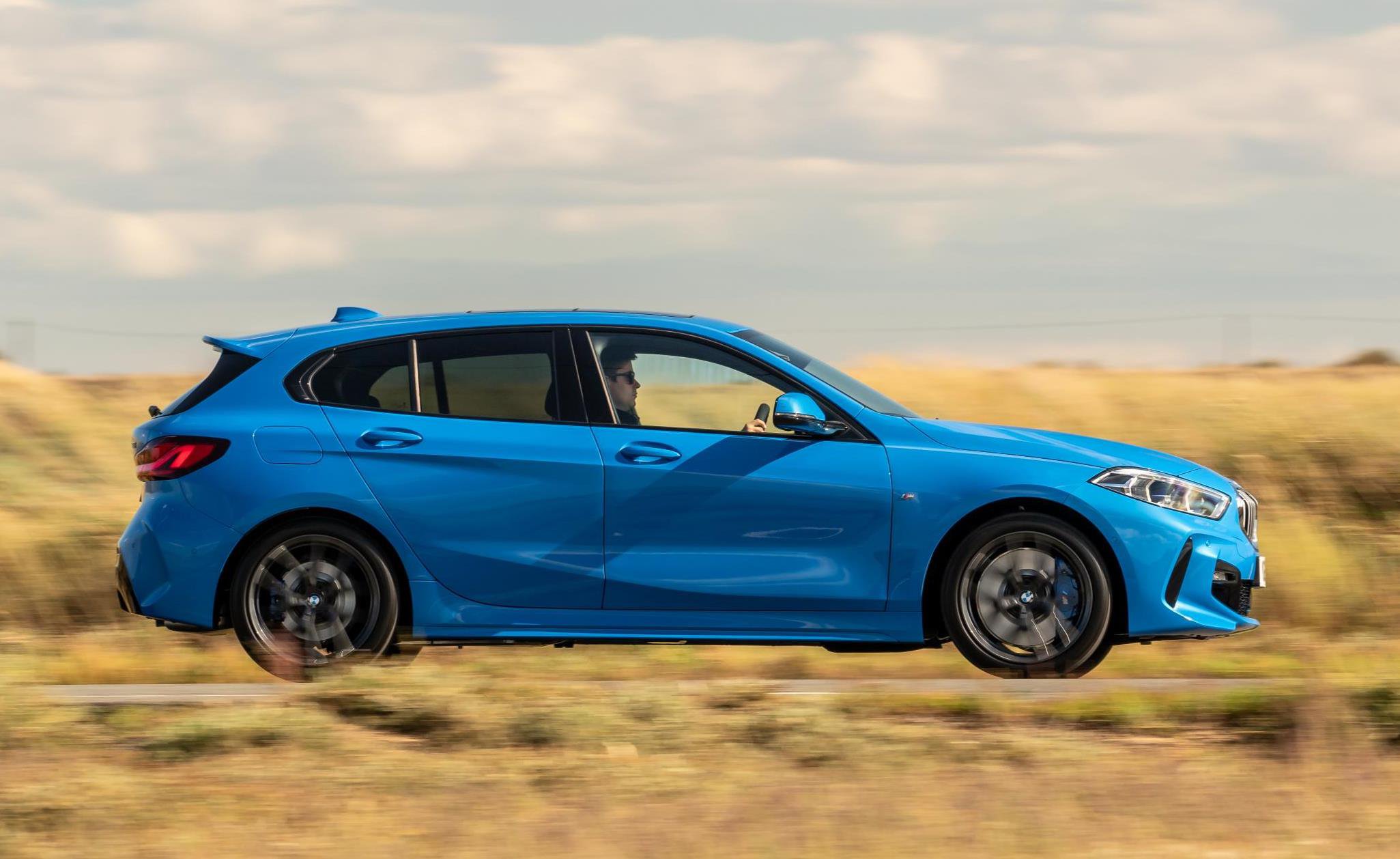 There are more diesel options than petrol. You get a choice of three: the 116hp 116d, the 150hp 118d and 190hp 120d xDrive, which feature two-stage turbocharging, and are powered by BMW’s excellent 2.0-litre four-cylinder diesel engines.

The BMW 1 Series is also available with Adaptive suspension including VDC (Variable Damper Control) as an option, which enables the driver to choose from two different damping response settings via the Driving Experience Control switch, namely Comfort or Sport.

As well as BMW’s Live Cockpit with 8.8-inch central touchscreen and instrument cluster has a 5.7-inch colour display (upgradeable to 10.25in), the driver aid count has been increased significantly - so you can now specify Active Cruise Control with Stop and Go. 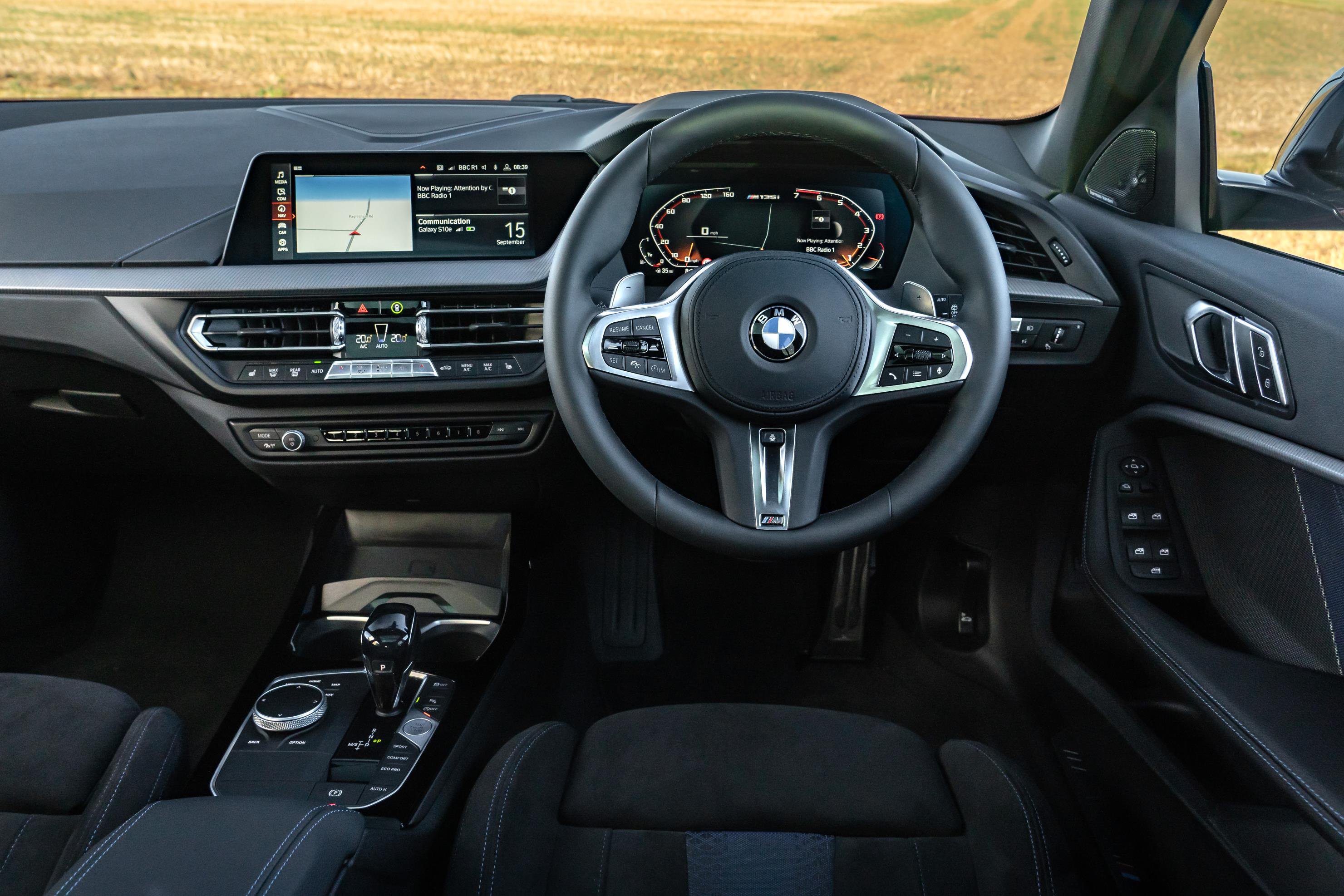 A head-up display is available on the 1 Series for the first time as is Parking Assistant, which offers automatic assisted parking for parallel or 90-degree parking, in spaces that are either parallel or perpendicular to the road. Thanks to the BMW Digital Key, you can also now use your smartphone instead of a key, by holding it to the door handle to let you in. The new 1 Series is a ground-up reboot of the brand-entry model - very much following the Mercedes-Benz A-Class and Audi A3 in adhering to the small premium hatch template. The larger kidneys up front, and the Ford Focus-like proportions will take a considerable amount of time to get used to, but this one fits in way more readily with its rivals.

Standard models feature matt-black exterior highlights while the Sport gets more air inlets and reverts to high-gloss black for its trim pieces. M Sport gains a body kit, and the M135i xDrive gets mesh-design for its oversized kidney grille.