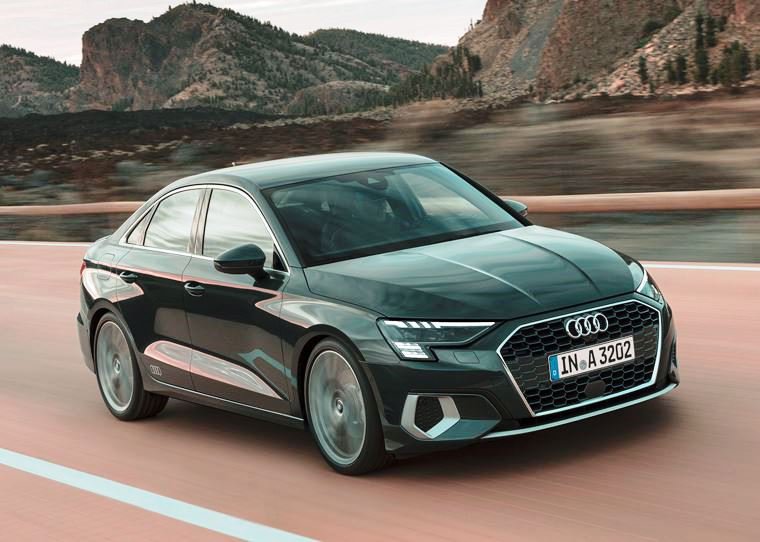 Audi’s latest A3 saloon receives mild-hybrid assistance and a raft of technology upgrades for its 2020 model year.

Following hot on the heels of the recent A3 Sportback hatchback reveal, Audi has released the first images of the all-new 2020 A3 saloon. The new car will get the same tech upgrades at the hatchback, a design refresh and mild-hybrid assistance choices in the powerplant line-up.

Order books open on Thursday, 23rd April, with first deliveries expected in the summer. Understandably, the new car shares its underpinnings with the new A3 hatchback and the current Volkswagen Golf and new SEAT Leon, and will directly compete for sales against BMW’s 2 Series Gran Coupe and Mercedes A-Class saloon. 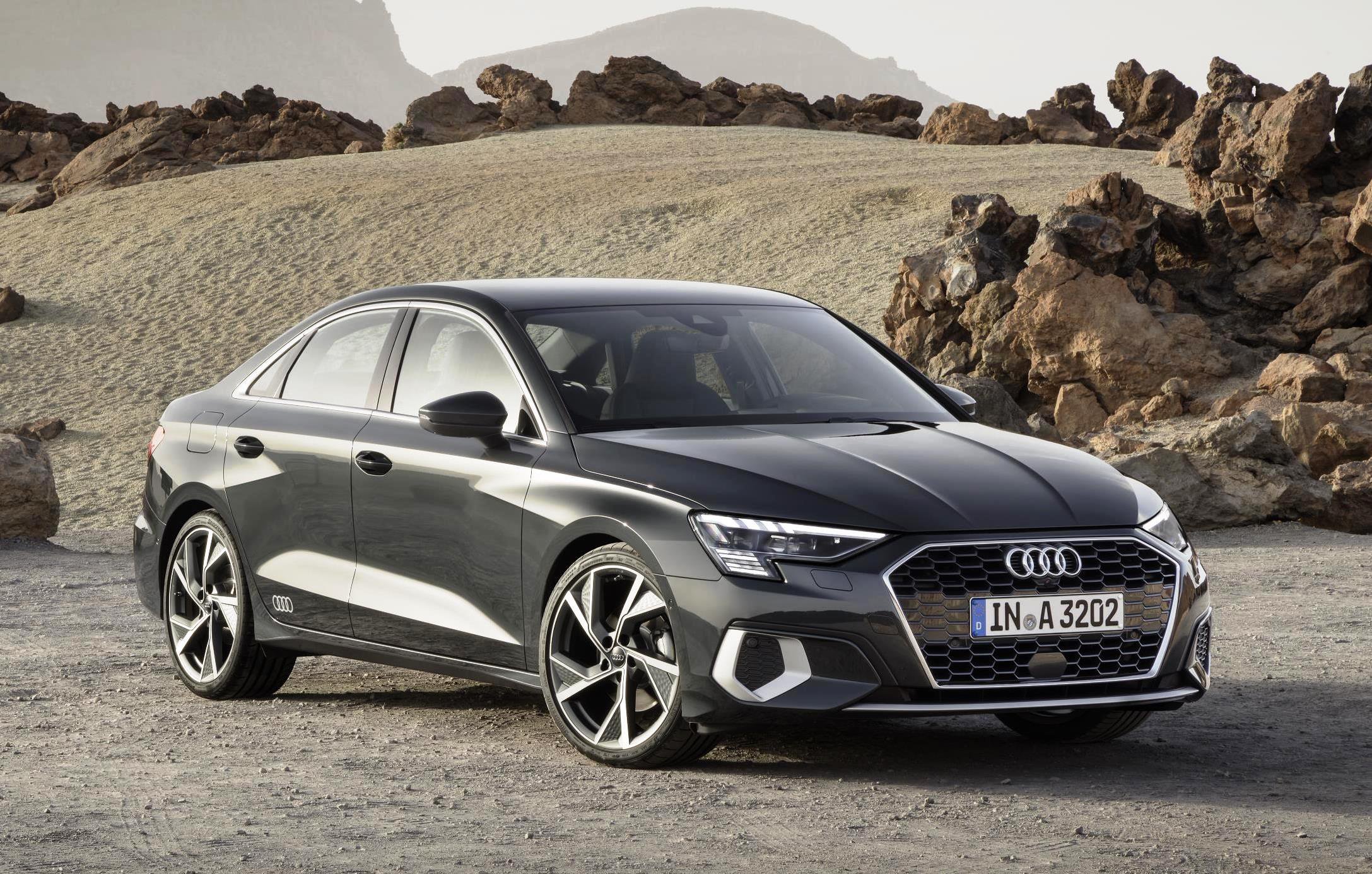 The front features Audi’s signature ‘Singleframe’ grille, with restyled headlights and daytime running lights, a longer bonnet and larger air intakes. Similarly, the sides of the car features wider wheel arches, giving it a sportier look. At the back there is a restyled rear bumper, new rear lights and a lip-spoiler on the rear boot lid.

Audi says the new model is the most aerodynamic version of the A3 Saloon ever produced. It features two electronically controlled louvres in the front grille that open and close when required. The underside of the car features panelling to help improve airflow, along with a new streamlined wing mirror design. 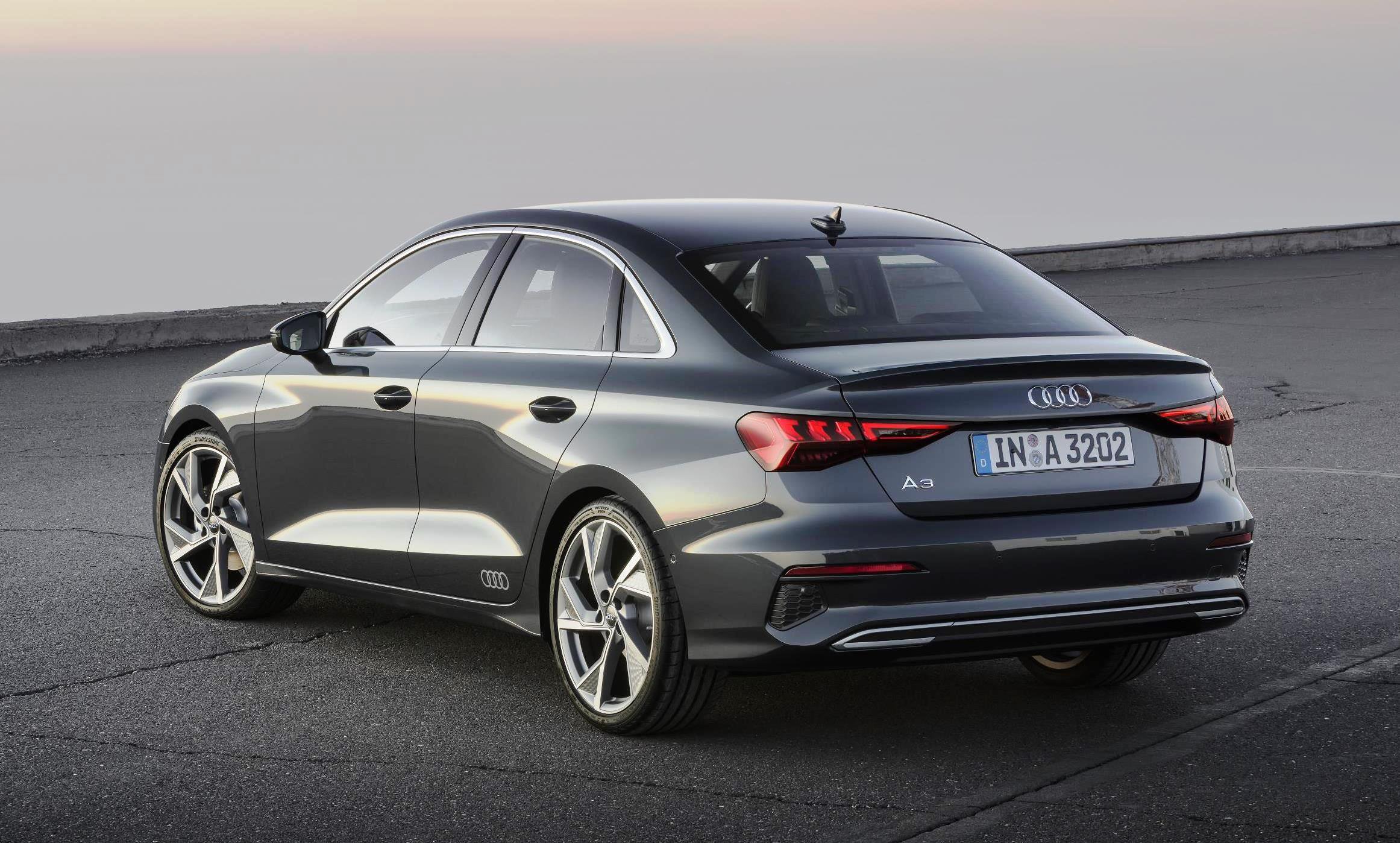 As expected, there is little change in the interior from the hatchback model, with a new angular looking dashboard giving it a thoroughly modern look compared with the outgoing model. There’s a new integrated 10.1-inch infotainment screen that’s angled towards the driver, along with a digital instrument cluster. Silver detailing across the width of the dashboard dominates the design, alongside a lower button panel that houses toggle switches for the climate control and heated seats.

All cars get Audi’s Virtual Cockpit digital instrument cluster as standard, with lower spec cars getting a 10.25-inch infotainment display that can be upgraded to a full-sized 12.3-inch version featuring multiple graphic displays for different driving modes. A full colour head-up-display makes the options list and can project the car’s speed and satnav directions onto the windscreen. 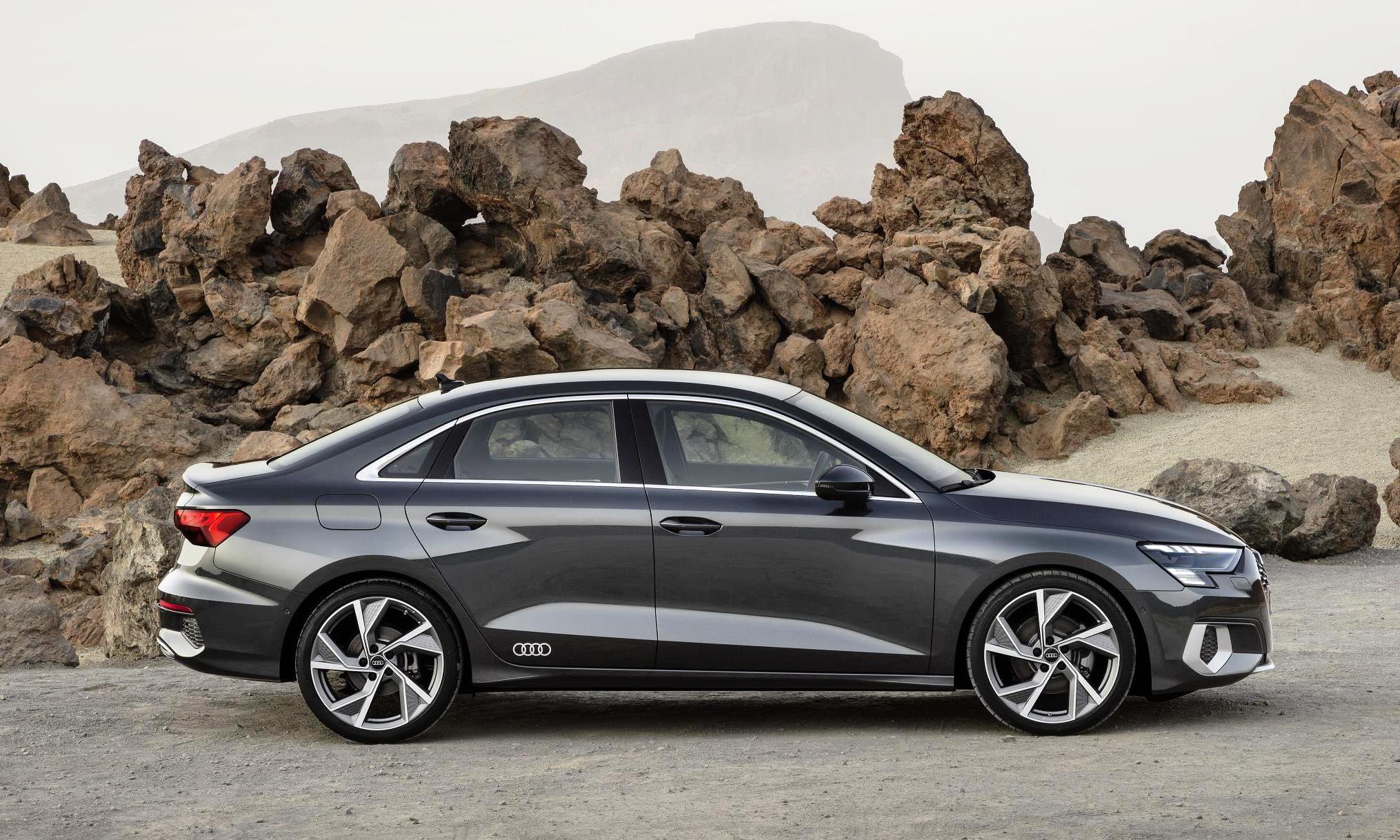 Other new features include connected functions such as Car2X technology, which is capable of communicating with other cars and road infrastructure to give the driver real-time info about traffic and available parking spaces. Wireless smartphone connectivity with Apple CarPlay and Android Auto also features, along with Amazon Alexa voice assistant and Wi-Fi hotspot functionality.

At its launch, Audi will initially offer the A3 Saloon with one petrol engine and one diesel engine. A turbocharged 1.5-litre petrol unit is badged ‘35 TFSI’ and is capable of returning up to 48.7mpg with emissions of 132g/km when equipped with a six-speed manual gearbox.

Buyers can have this engine with a seven-speed S tronic automatic gearbox and mild-hybrid assistance, which provides an electrical power boost when driving and can shut the engine down entirely when coasting. The system recovers power when you decelerate, which is stored in a small battery pack located under the front passenger seat. Audi claims that the mild-hybrid system saves around half a litre of fuel in 62 miles of driving, helping to improve fuel economy up to 50.4mpg and lowering CO2 emissions to 128g/km.

For higher-mileage drivers, a 2.0-litre TDI diesel will also be available. It produces 148hp and comes with a seven-speed automatic gearbox as standard. This engine will be the most economical of the two at launch, with claimed economy of up to 62.8mpg and CO2 emissions starting at 119g/km.

Additional engine options will arrive later this year, including a turbocharged 1.0-litre three-cylinder petrol producing 108hp. It too, will feature mild-hybrid assistance when specified with a seven-speed automatic gearbox. An entry-level ‘30 TDI’ diesel has also been confirmed, with 114hp and a six-speed manual gearbox. 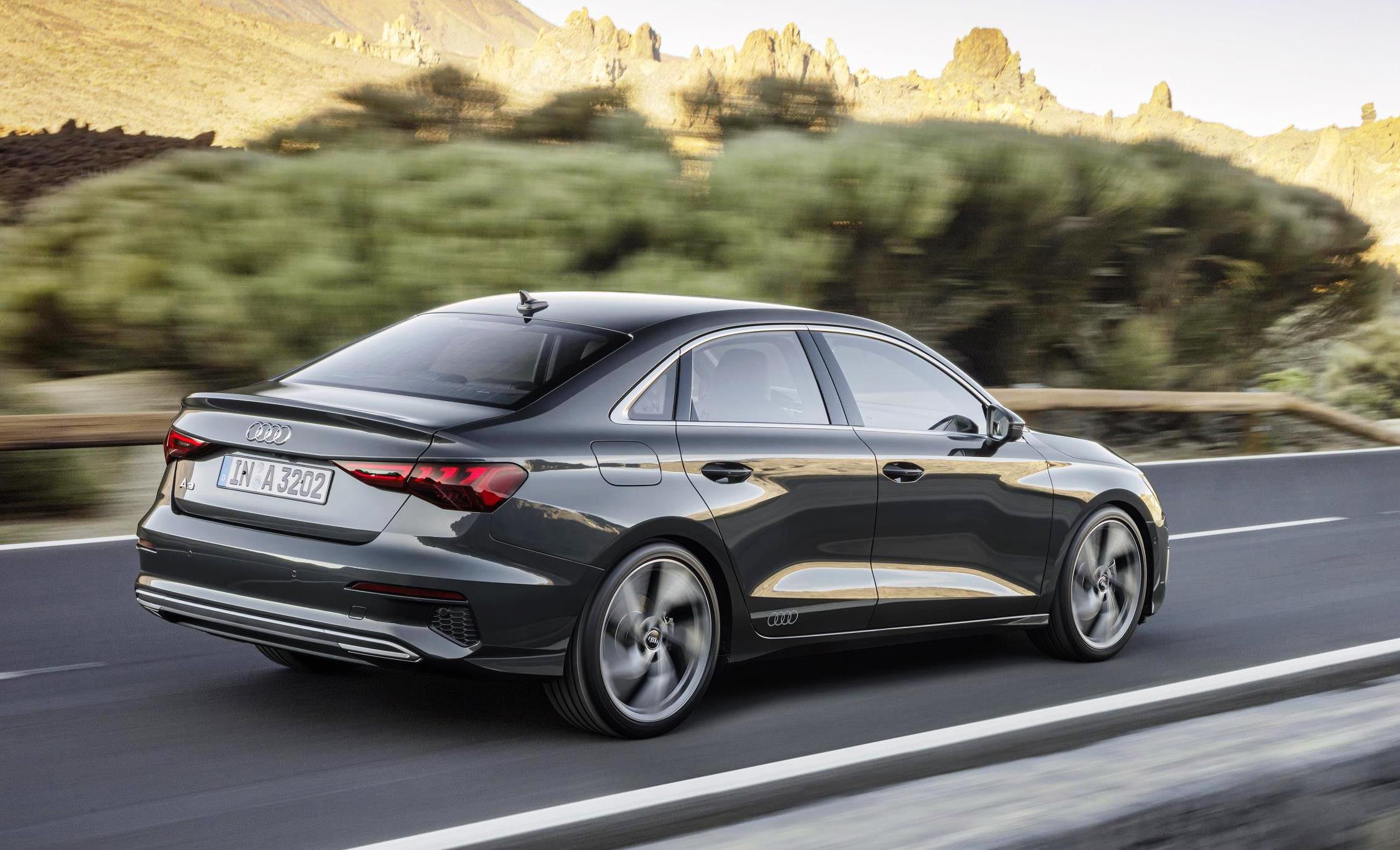 Full economy and performance specifications for UK cars will be confirmed when the A3 Saloon arrives in showrooms this summer.