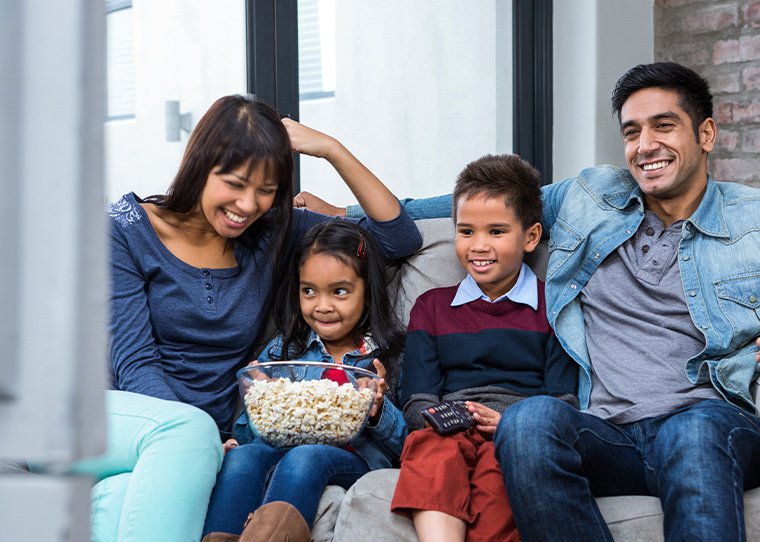 2020 sees Leasing Options celebrate 30 years of trading and to celebrate, we’re looking back on the past three decades and how the small screen gave us moments to remember forever.

Do you remember a time when you’d have to physically record your favourite show on a VHS if you weren’t around to actually watch it? Or are you a child of the Sky+ generation?

Taking it right back to June of 1990 and the very first edition of Art Attack with Neil Buchanan, which was shown on Children’s ITV (later CITV).

This creative caper ran for 17 years before Neil drew a line (see what we did there?!) under his time on TV, but you might have noticed him resurfacing in recent weeks as he was forced to deny rumours that he was in fact elusive graffiti artist, Banksy.

Have I Got News For You

Another one celebrating 30 years in business this year is this topical, satirical panel show which first hit our screens in September 1990.

Team captain Ian Hislop, editor of Private Eye, is the only cast member to have featured in every single episode, despite suffering from appendicitis during one 1994 edition and having to go to hospital immediately afterwards.

Millions of us would tune in on a Saturday night to watch these lycra-bound heroes take on ordinary members of the public in the ultimate game of ‘survival of the fittest’.

But it was Wolf who captured our imagination, constantly being told off by referee John Anderson. Whatever Wolf’s crime, Anderson would bring out the yellow card and Wolf would tear up one of the crowd’s homemade posters. And we loved it!

One of the original home makeover shows, Changing Rooms saw neighbours do up a room in each other’s homes before a big reveal after the work was finished.

We were mostly fascinated by just how much stuff Handy Andy could make from MDF and when the homeowners hated the result at the end of the show. Whoever thought this was a good idea?!

Undoubtedly the era of the reality talent show, the 2000s brought us plenty of chances to have our say. Whether we were evicting someone from the Big Brother house or voting a celebrity out of the Australian jungle, this decade had it all.

The ultimate reality show launched in 2000, seeing members of the public locked into a house rigged with cameras for weeks on end.

What sounded like a bizarre concept really captured the nation’s imagination in the summer of 2000, erupting in a scandal as housemate Nick Bateman was exposed as trying to get housemates to gang up on each other and was subtlety influencing their nominations.

Nick was then ejected by Big Brother and went into hiding as the UK press dubbed him ‘Nasty Nick’ – Craig Phillips who ultimately confronted him went on to be crowned the first ever winner of the show in the UK.

I’m A Celebrity… Get Me Out Of Here!

Launched onto our screens in 2002, this reality show sees a group of celebrities holed up in the Australian jungle and subjected to grim Bucktucker Trials to win food.

A cult classic, one of the ultimate highlights came in November 2010 as Scottish dietician Gillian McKeith was repeatedly nominated to take part in the trials by the viewing public.

It all got too much for her and she ‘fainted’ live on TV as she walked across to hosts Ant and Dec. This was the final straw for Gillian, who’d requested medical attention from the show’s medic, Bob, after each of her earlier trials.

Maybe have a word with your agent, Gillian!

This was the decade when streaming sent the world of TV mad. Thanks to a WiFi-connected world where everything could be made available at any moment, pretty soon everyone had a TV in their pocket, streaming what they wanted and when they wanted.

The Great British Bake Off

First shown on our screens in 2010 on the BBC, this show is still running today but over on Channel 4. Each episode sees amateur bakers compete in three challenges:

Watching cakes being baked might not sound like the most exciting content for a TV show but millions of us love it. It was also the birthplace of TV chef Nadiya Hussain, who won the show in 2015 and has gone on to present her own cookery shows.

Available to stream exclusively on Netflix, this British black comedy-drama series is created, written, produced and directed by Ricky Gervais, who also stars as the main character, Tony.

Tony’s life is turned upside down after his wife dies from breast cancer. He contemplates suicide, but instead decides to live long enough to punish the world for his wife's death by saying and doing whatever he wants.

The storyline oscillates between ‘laugh until you cry’ moments to those touching elements that just make you cry full stop. Gervais is currently writing the third instalment, so watch this space!