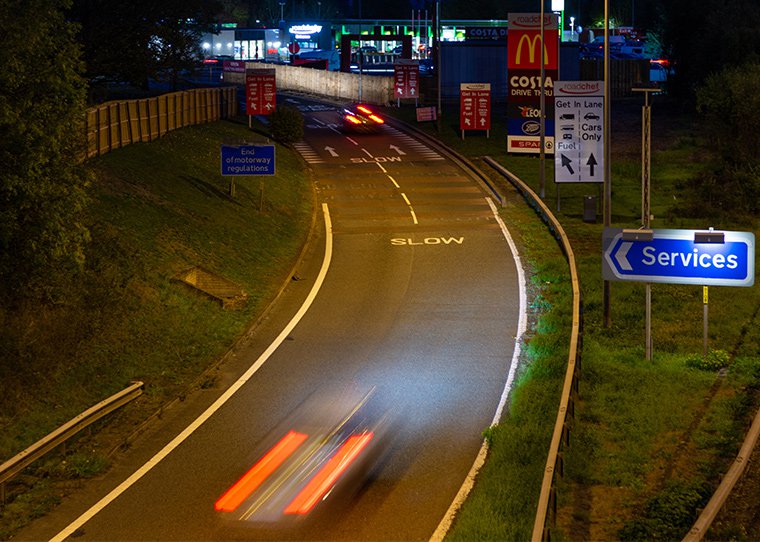 With almost 100 different locations and often very little to tell each one apart, service stations can become a bit of a blur, but these glorious oases of burgers and bathroom breaks are soaked in nostalgia. Plus, if you know where you’re going, some of them are actually quite good.

With staycations on the increase in recent times, the Great British Service Station has never been more crucial, so we’ve picked out the best of the bunch, so whether you’re looking for the ideal place to relax, entertain the kids or charge up your electric car - read on!

Whilst for most motorway users, the decision of choosing where to take a break will be characterised by a dilemma between McDonalds and Burger King, Starbucks and Costa or perhaps Waitrose and M&S Simply Food – there are some service stations which strive to offer something over and above these big brand, corporate experiences. In particular the family-owned Westmorland services group have a vision to provide food that’s sourced locally, prepared traditionally where possible, and most importantly tastes blooming gorgeous. 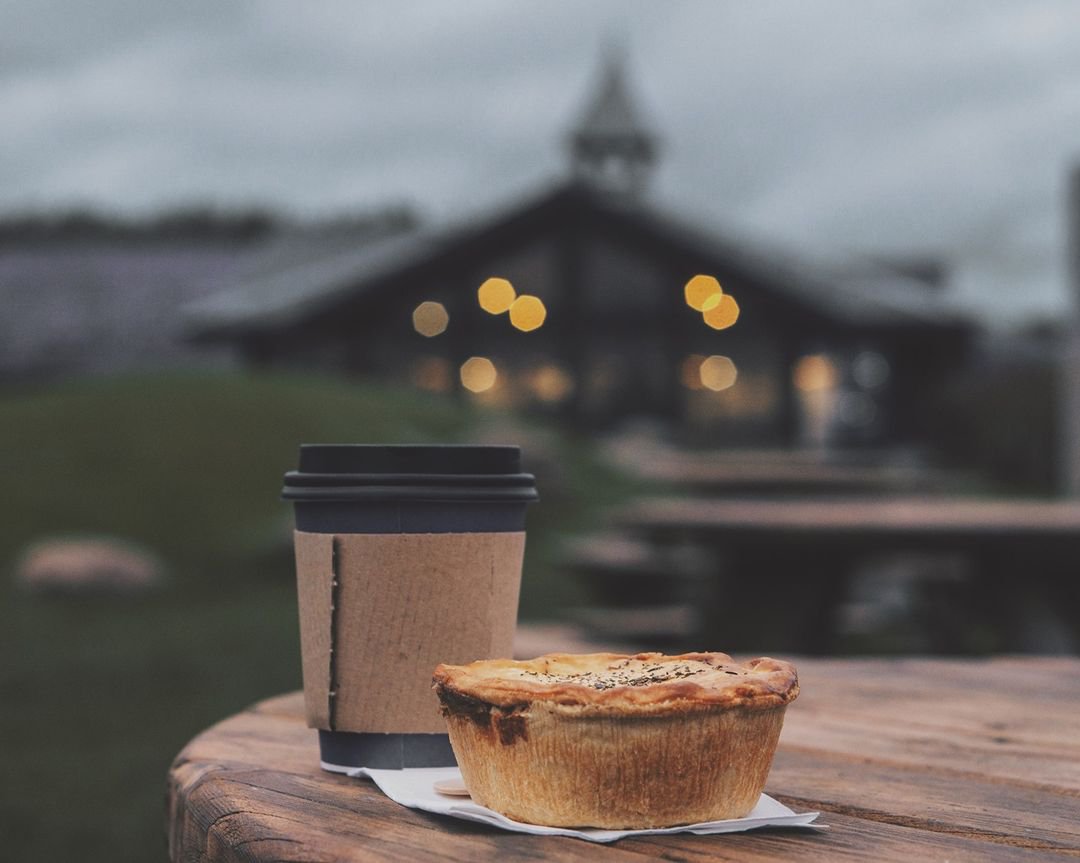 Their first services were opened back in 1972 at Tebay in the Lake District when the M6 was built through the family farm, and so the decision was made to use the farm’s produce to feed service station users. This model has since been expanded to Gloucester, and the two sister service stations consistently come out on top of surveys for the best grub on Britain’s motorways.

As electric cars become increasingly popular the pressure on charge points is growing too and the government has committed to having six high powered charge points per service station by 2023. Whilst all motorway service stations currently have some sort of charging available, some do it better than others, and none better than Gridserve at Braintree in Essex which, since opening in December 2020, is calling itself the world’s first electric forecourt with charging points for up to 36 vehicles, all using clean renewable energy.

Other service stations look likely to follow suit and increase capacity for electric car recharging in the coming years, with the Welcome Break-owned Colne Valley services committing to provide 100 charging points in the near future. The current government target is to provide motorway and major road services locations with 2,500 high powered chargers by 2030 and 6,000 by 2035.

According to the latest annual Motorway Service stations survey by Transport Focus, 93% of all respondents were satisfied with the cleanliness of the toilets, however, Euro Garages scored an unsurpassed 97% on that measure. Unfortunately, due to lockdown in March 2020, Transport Focus were not able to complete their vital work in full last year, and so a detailed breakdown of how each of the UK’s motorway service stations fared was not published, statistics are only available on an operator level. As luck would have it though Euro Garages only operate one official service station, on the M61 Northbound near to Rivington. Students of the North West’s service area network may remember that Rivington Services was named second best in the country back in 2017, narrowly missing out to Reading Services on the M4 Westbound in Berkshire. Now it seems they may be able to finally claim top spot in one category at least, and the not-to-be-overlooked accolade of the Britain’s cleanest motorway service washroom facilities.

Travelling long journeys with a canine companion in tow can be stressful for you and your pet, so finding places to safely stop, stretch legs and even unwind awhile can prove crucial to making trips feel less arduous. Whilst by and large things are improving across the UK’s network of motorway service stations, not everywhere provides the best pit stop for dogs. Full marks however go to the Hog and Hedge Services at Whiddon Down in Essex, which has prominent signing proclaiming their pet-friendly attitudes, dogs are allowed inside the building (which is obviously a good start) and there is also freely available water and snacks for doggies too. In many services, pet owners are forced to leave their pooch inside the vehicle whilst they use the bathroom, which is far from ideal, so hopefully more venues will begin to offer similar services.

Best for kids (and big kids too!)

We all remember those never-ending car trips, sat on the back seat wondering when you would finally arrive, and back in my day there were no iPads either! Motorway journeys can be pretty torturous for families so service stations offering a bit of fun for the kids can give parents a chance to relax too. There a plenty of options with a bit of greenspace across the country but Cornwall Services truly go above and beyond with their activity options.

Not only is there an impressive soft play area, but also ‘Clip n Climb’ walls, suitable for anyone over the age of 4, with no upper age limit for big kids either! Couple that with a great selection of dining options, including loads of local specialities like Cornish pasties and cream teas, and you’ve got a recipe for one of the best services for all the family.

Stressed out by traffic jams, roadworks or just whoever you’re sharing your vehicle with? It can be easy to get a bit hot under the collar when driving, which can be dangerous and lead to poor decision making, so finding a place to chill out for a bit during your journey is essential for your mental health as well as your safety. 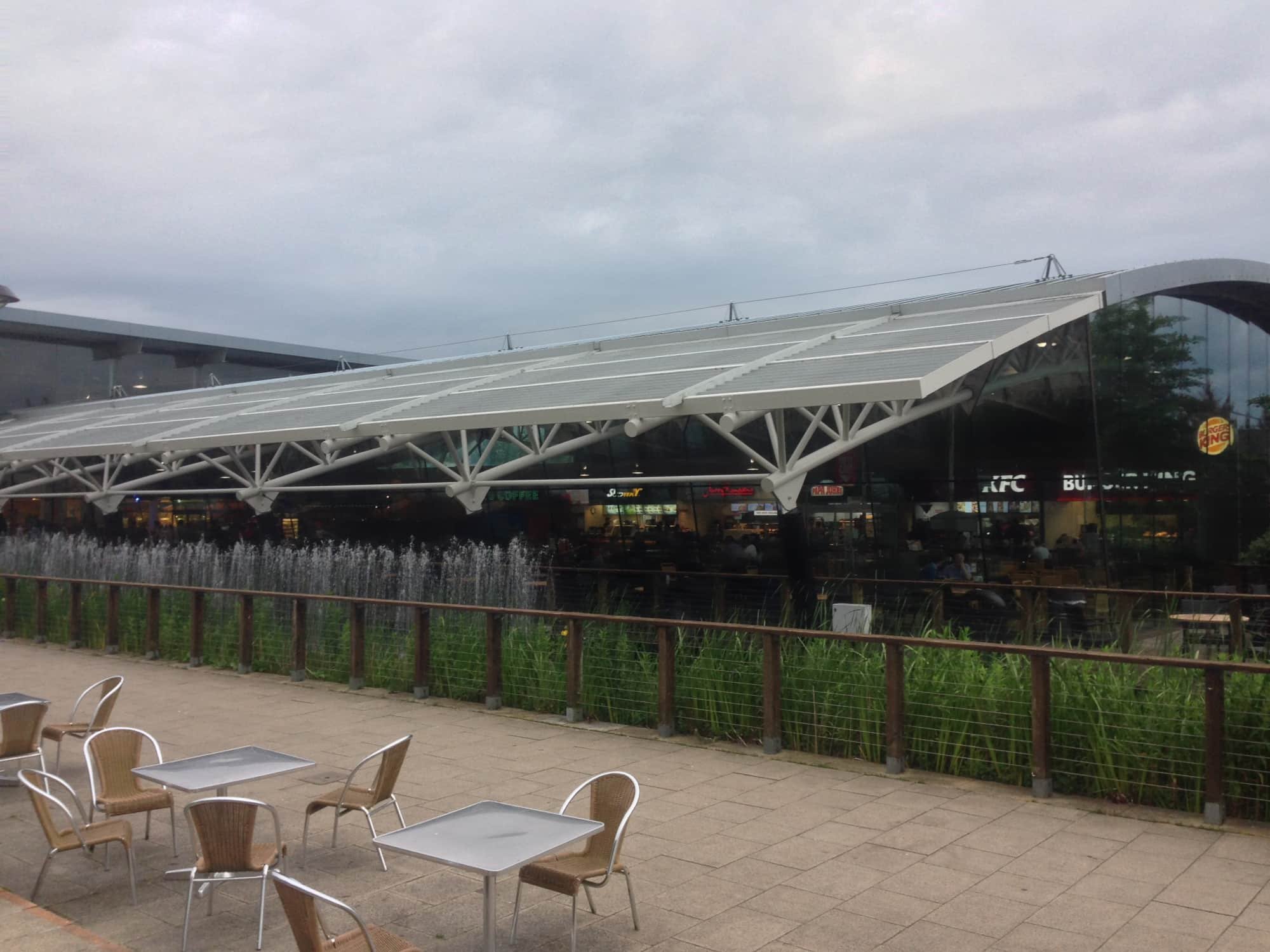 Stop off points prioritising comfortable outside seating areas and plant life are on the increase but, let’s be honest, nothing beats a good old water feature for the ultimate in relaxation. The M40 Oxford services boast just that, an array of fountains that wouldn’t look out of place in a theme park. Perfect to gaze at for a few minutes, and all those splashing noises will probably drown out the sound of all the screaming children too.

Fans of brutalist architecture will no doubt already be familiar with the imposing watchtower at Lancaster services. Originally constructed in the 60s to house a fine dining restaurant, The Pennine Tower was intended to evoke the design of an air traffic control tower and was described at the time as a ‘luxury observation platform’. Unfortunately, the structure was closed to visitors back in 1989 and is no longer in use at all. Despite this sad fall into disrepair, there can be little doubt it is the most iconic feature of any motorway services in the country, as well as an eye-catching landmark and important piece of Britain’s architectural heritage.