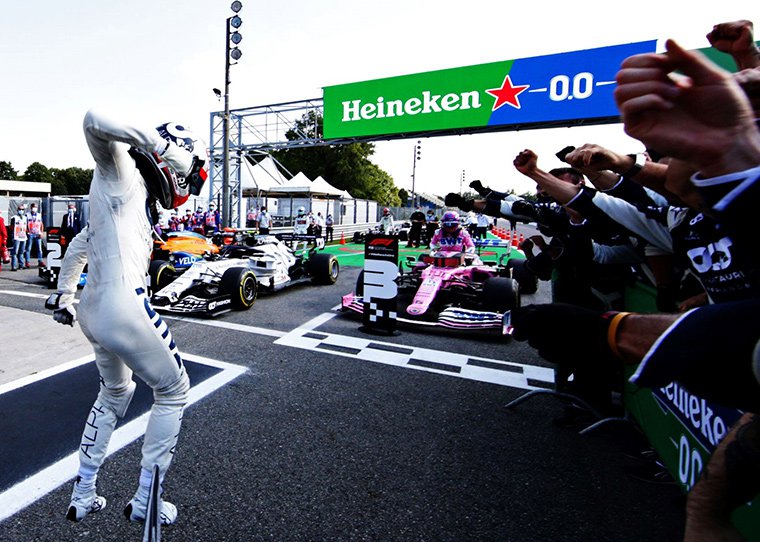 Joy and sadness at the Italian GP

As Pierre Gasly took the chequered flag on Sunday at Monza to win the Italian Grand Prix, the paddock was full of mixed emotions. AlphaTauri, the Red Bull rookie team just took a shock victory at its home race and only the second in the team's history (previously Toro Rosso), spookily at the same track. The waving of the chequered flag saw the end of a remarkable 43 year legacy in the sport, one which doesn't stand out as much as Ferrari's and the recent dominance of Mercedes AMG, but somewhat greater once you start looking at the stats, as an independent family-run team.

Williams racing has been on the grid since its first race in 1977, and 739 Grand Prix later it is the third-longest standing team in the history of F1.

On August 21st, Williams’ Racing was sold to Dorliton Capital, in a bid to secure the future of the team in the sport after a poor financial performance in 2019. With the sale of the company saw Sir Frank Williams and his daughter Claire step down in their respective roles as Team Principal and Deputy Team Principal.

As the AlphaTauri team and parent team Red Bull celebrated in the pit lane, emotional tributes from Williams current drivers George Russell and Nicholas Latifi were heard over the radio.

Over the past 43 years, Williams Racing has discovered and nurtured some of the most inspiring and exciting drivers in F1, giving them a setting stone to larger teams or taking them to Championship victories, in its heyday between 1980 and 1997. With the sale to Dorliton Capital, and projected investment we hope to see Williams Racing back at the front of the grid