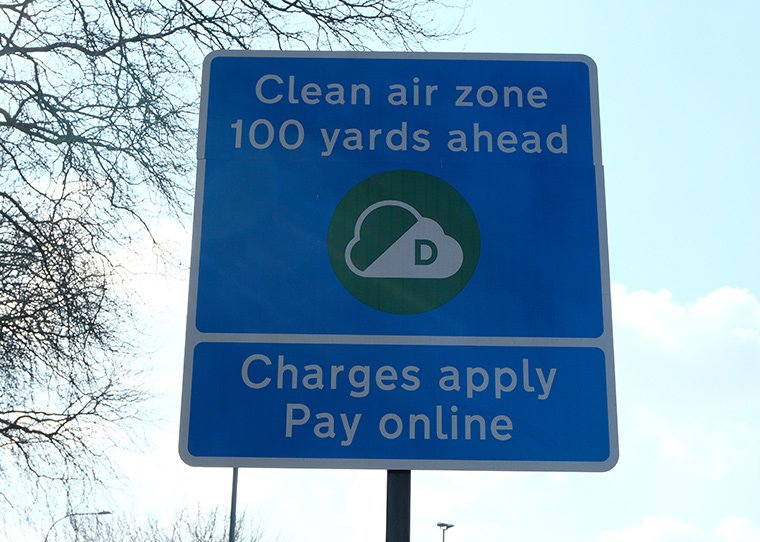 Everything You Need to Know About Clean Air Zones

What Is A Clean Air Zone?

Across Europe, cities are introducing clean air zones. Specially designated parts of the city where only the cleanest, least polluting vehicles are allowed access for free or charged to enter. Some cities have completely banned some types of vehicle. This action is a bid to improve air quality in that area. The Government is implementing a long-term strategy in improving air quality across the whole of the UK. To do this they want to discourage the use of older, more polluting vehicles, by charging a fee to enter the zones. Vehicles deemed to be clean enough to enter will be allowed to enter for free.

Be it a whole inner-city area itself or more granular to a select number of streets, each country, county and the local authority is implementing the rules ever so slightly differently to meet the specific needs of that area.

For the UK Based zones, the technology is ANPR cameras which are logging the vehicles entering and exiting and if

The process works pretty much, in the same manner, the original congestion charge for London works, pay online upfront or on the day. It has to be noted the congestion charge is still applicable, plus any clean air zones charges relating to that vehicle.

Across Europe, it seems to be a mixture of preregistering and displaying a window sticker in your vehicle and/or ANPR. To pre-register there is a small fee, and the windscreen sticker showing the compliance is issued. If you enter an area, which your vehicle isn't compliant for a fine is issued.

Compliance checking is either cameras based or traffic warden type officials walking the streets checking windscreen stickers against the current area and/or daily restrictions. As these can change on the fly depending on the air quality levels on a given day. In some of the major cities on days when the air quality is poor, the compliant level becomes stricter allowing on the cleanest and greenest vehicles to enter, which sounds utterly confusing for the motorist.

The base level of acceptance for all types of vehicle is normally calculated off its Euro Emissions Standard.

In Europe, the cities have a tier system and issue an equivalent windscreen sticker, based on registration date and Euro number. The schemes in the UK are starting to follow this method, with a level of reliance on emissions data supplied by manufactures to the DVLA.

We do not currently issue any form of window sticker in the UK and use camera technology to cross-check against DVLA information to confirm if a vehicle should be charged or not when entering a clean air. London is set to expand its ULEZ from 25 October 2021, with the new boundaries being the North Circular Road (A406) and the South Circular (A205), these two roads will not be included in the expanding ULEZ..

The transport for London (TfL) has put together a website, entering your registration number will return which charges per day apply.

Of the currently active zones outside of London where it affects all motorists, Bath and Birmingham will be the first two cities to launch a similar scheme, just like the TFL link above the government has built a simple checker for all Non-London clean air zones. Bath will be a class C scheme and Birmingham a Class D

There are four types of clean air zones, Class A to D.

With the current worldwide Coronavirus Pandemic, a lot of the proposed clean air zones have been delayed until later in 2021 and beyond.

Within the wider areas of the current and proposed locations, a select number of local authorities have levels of pollution currently deemed illegal by 2021. The authorities have been tasked by the government to lower pollution levels or consider the benefits of a clean air zone.

With the advancements in Electric Vehicle technology and public charging network, why don’t you consider an electric vehicle as your next lease?