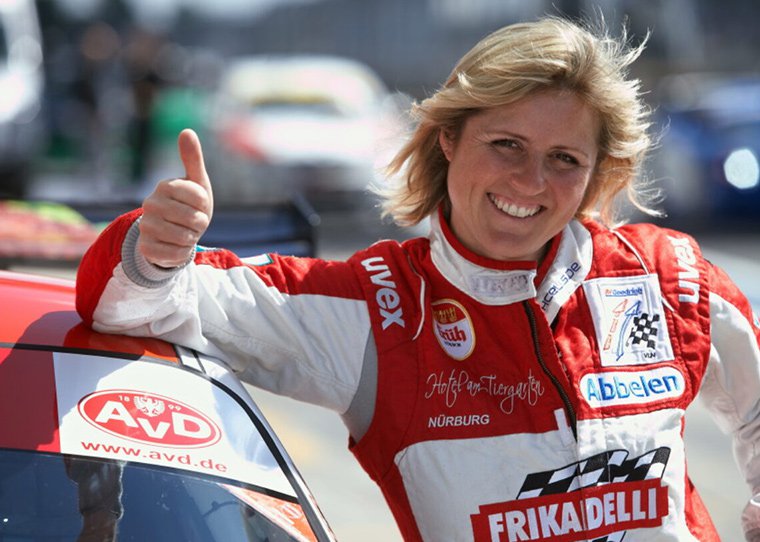 A tribute to Sabine Schmitz, Queen of the Nürburgring

Daredevil professional racing driver Sabine Schmitz, the undisputed ‘Queen of the Nürburgring’, has died from cancer at the age of just 51

Schmitz first appeared on our television screens in 2002, as she took Jeremy Clarkson on a terrifying spin around the Nürburgring in a BMW M5 as part of his show Jeremy Clarkson: Meets the Neighbours.

She then made her first appearance on Top Gear two years later, beating Clarkson by a huge 47 seconds in a time trial around the Nürburgring.

She went on to proclaim she could drive the track faster in a van than he could in a Jaguar S-Type. Not one to back out of a bet, Top Gear then sent her round the track in a Ford Transit… only to miss beating Clarkson's time by just nine seconds.

Schmitz went on to be one of the stars of Top Gear when it was relaunched in 2016 following Clarkson’s suspension the previous year. Originally hosted by Chris Evans, he was papped throwing up after a spin in an Audi R8 V10 driven by Schmitz, a feature for the very first episode.

Schmitz remained a Top Gear presenter until 2020 – fans put her success down to her sunny disposition, undoubted skill behind the wheel and willingness to try anything for the show.

Born in the May of 1969, Schmitz practically lived next door to the Nürburgring, where her parents owned a hotel next to the track.

From the age of 13 knew she wanted to be a racing driver and in fact, she had her first taste of this famous track at the age of just six months! Ok, she was in the back seat of her dad’s car, but by the time she was 17, Schmitz completed her first lap behind the wheel, driving her mum’s BMW.

Growing up next to the Nürburgring clearly rubbed off on Schmitz and her sisters, as all four of them started racing young, but it was only Sabine who continued professionally. She wasn’t just handy behind the wheel of fast cars – Schmitz was also a helicopter pilot, and co-owner of a restaurant in Nürburg until 2003. This was the point when she decided to focus on racing full-time.

Schmitz’s first serious win came in 1996, winning the 24 Hours Nürburgring alongside her co-driver Johannes Scheid. This saw her crowned as the first woman to win a major 24-hour endurance race.

Not content with being the first woman to win it, the pair then repeated the feat the following year, and she soon became known in Germany as the ‘Queen of the Ring’. 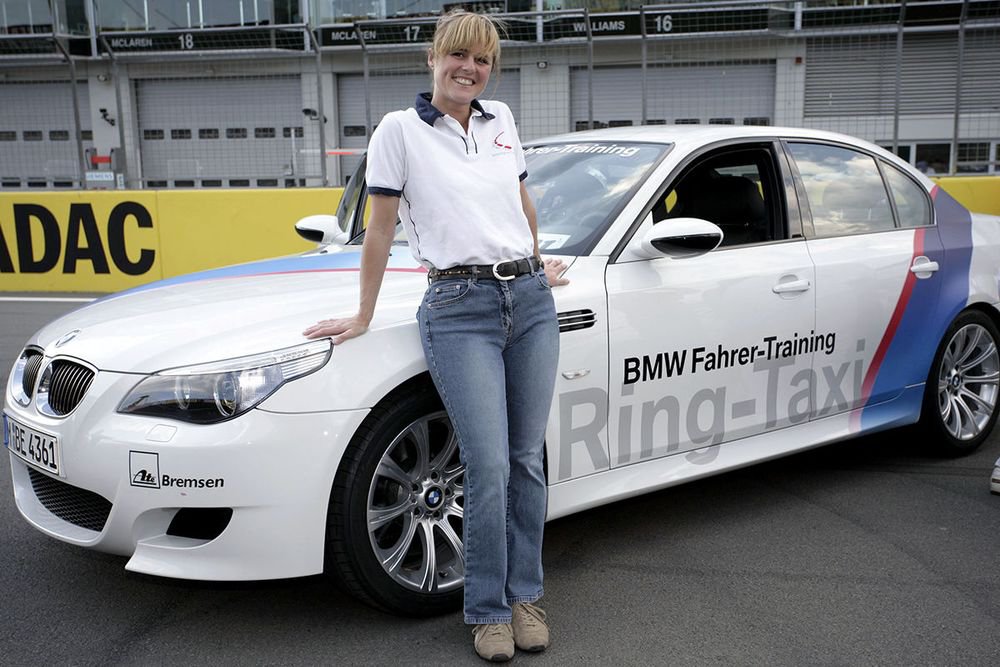 Her affinity with the Nürburgring was cemented around this time as she became infamous as ‘the fastest taxi driver in the world’. She was one of two BMW M5 ‘ring taxi’ drivers who took fans around the 21km Nürburgring circuit at breakneck speeds. We can see why Clarkson was clinging to his seat when it was his turn to play passenger!

In July 2020, Schmitz revealed she’d been suffering from “an extremely persistent cancer” for more than two years. She had been treated for the condition during this time but it had returned.

It goes without saying the motoring world has lost an icon in Sabine Schmitz. We will always remember her with the pedal to the metal in that Ford Transit, flying round the Nürburgring and only missing out on beating a Jag by nine seconds. Incredible.