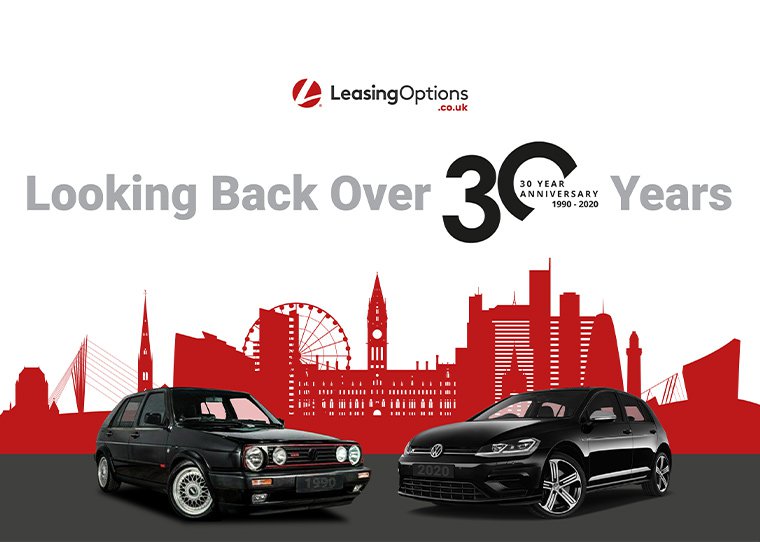 30 years of Leasing Options - Through the ages.

2020 has certainly been a year of change – especially when it comes to running a business. As Leasing Options celebrates 30 years in business, we’re taking a look back at some of the greatest (and silliest) things that the past three decades have thrown at us, with one from each decade. 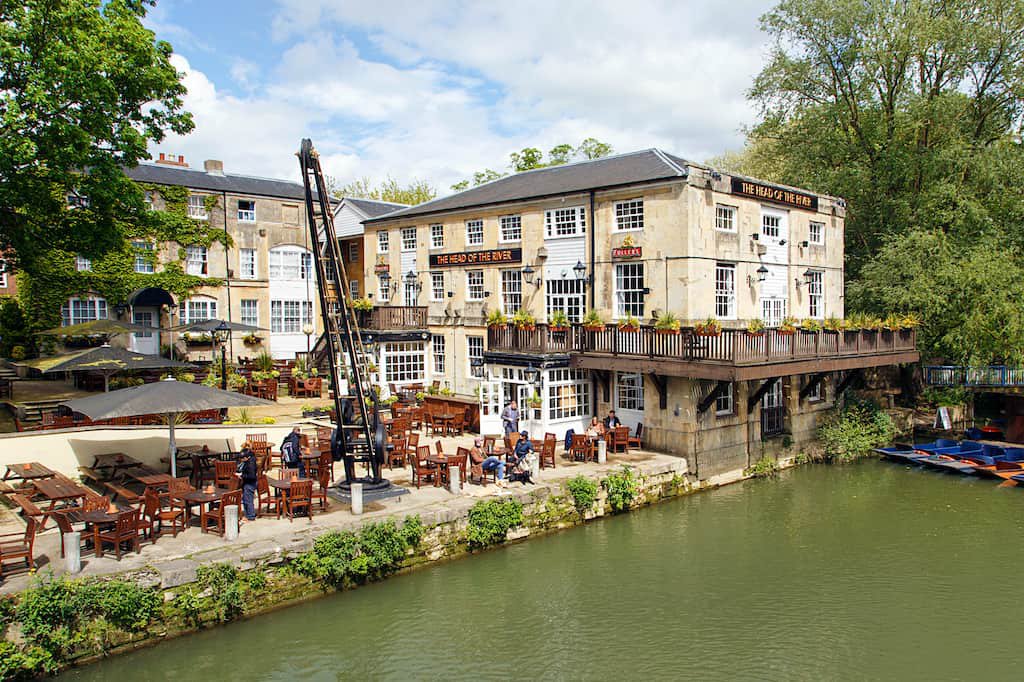 The rise in quality of food at British pubs during the 1990’s birthed this now everyday word. It’s first recorded uses was actually in an Evening Standard article in 1996.

We’ve all done it, and thanks to the noughties we now have a word for it. First boxsets and now Netflix – the last 20 years have certainly been a great time for diving head-first into telly (and not surfacing for quite some time!).

You may never have heard this word but believe it or not the advertising agency McCann paid lexicographers to come up with it in 2012. It means snubbing people via a mobile device. We’ll leave it to you to decide whether you think it’s caught on or not… 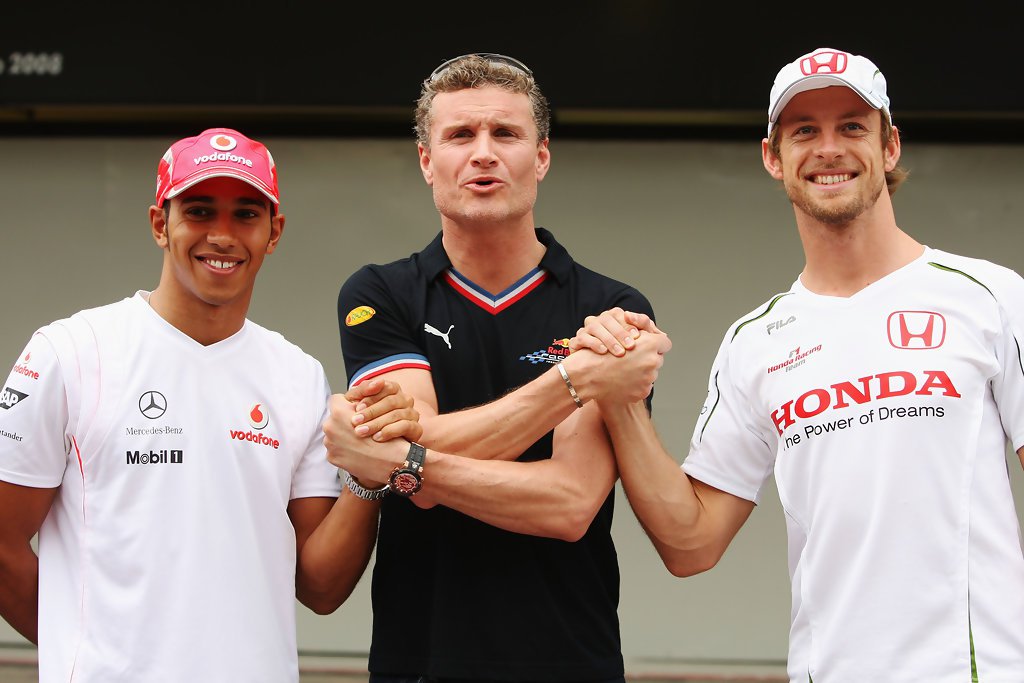 90’s: The past 30 years have been huge for British racing, and you could argue that it all started in 1994 with Scottish driver David Coulthard. Coulthard took part in 15 seasons of Formula One up to 2008, winning 13 Grand Prix victories and making a stunning 62 podium finishes.

00’s: The new millennium of racing was then kicked off by a 20-year-old Jenson Button in 2000. Button was at the time the youngest British racing driver to compete at Formula One (since superseded by Lando Morris in 2019).

2010’s: And, last but most certainly not least – we wouldn’t be able to talk about racing over the past decade and not mention Lewis Hamilton’s name. Since making his debut at the Australian Grand Prix in 2007, Hamilton has risen to being considered one of the greatest drivers of all time. He is currently defending his title as the reigning F1 champion for 2020, and we can’t wait to see what he does next.

90’s: Now for a sillier turn. There would be no better way to represent the 90’s than with Hip-hop and comedy duo Kid ‘n Play. Their 1990 film House Party put their notorious high-top fade cuts on the map, making them synonymous with 90’s fun.

00’s: The noughties were arguably a darker time style-wise, and unfortunately David Beckhams’ infamous 2002 fauxhawk set off a spur of copycats cross the nation. If nothing else, it certainly serves as a reassuring reminder of how far fashion has come since. 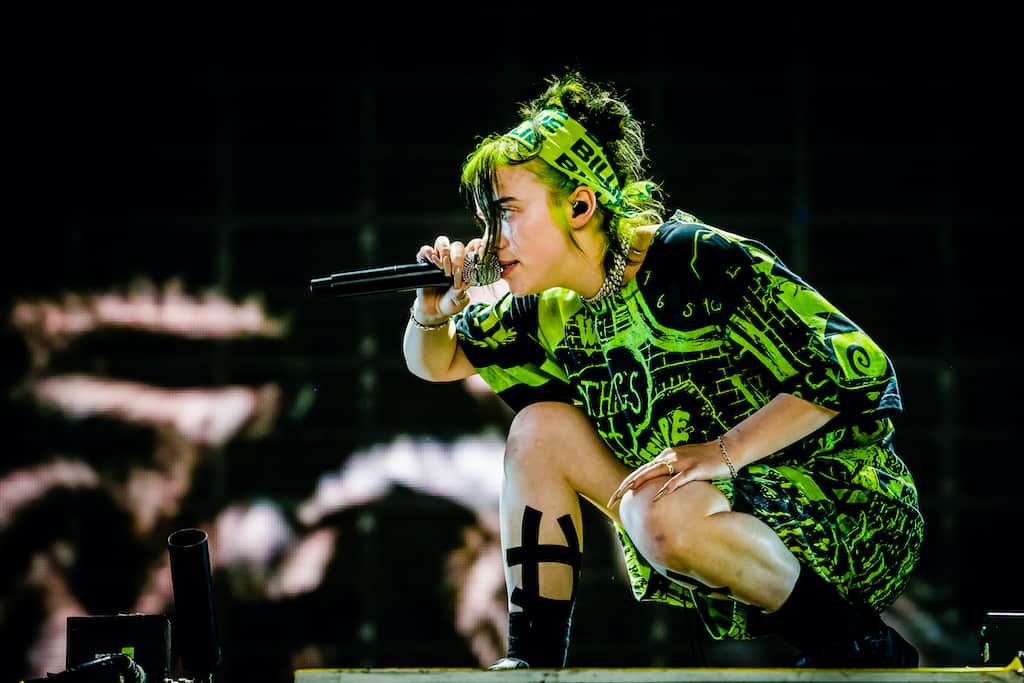 The 2010’s have taken us from the tousled side-fringes of 2013 to the bleach and micro-fringes of current hipster-dom. But few celebs hair-changes have been more rapid than the virtually monthly colour-changes of young pop musician Billie Eilish. The toxic green roots that Eilish sported at the 2020 Oscars are already an iconic look.

Arguably an ‘invention’ of this millennium (and a momentous one at that), we’ll have to count Big Brother’s premier season, airing in the UK in 2000, as our top reality TV pick of the 90’s – and, what’s more, the show that started it all. Who could forget when Tiffany Pollard mistakenly thought one of the other contestants had died? This 20-year-old show is still entertaining us today. 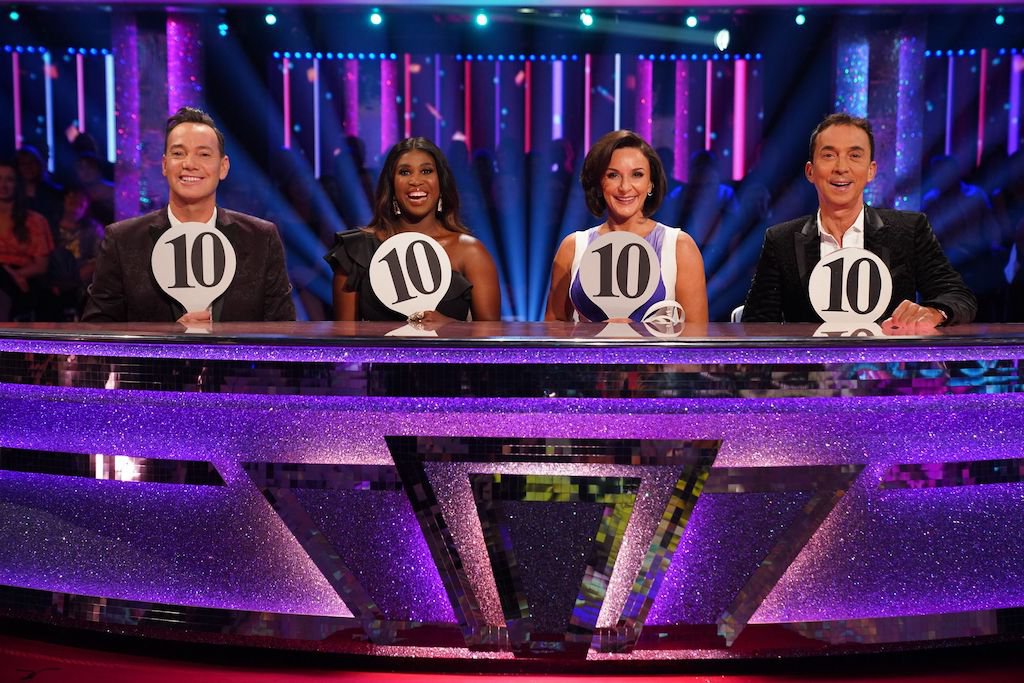 With past winners ranging from BBC 3’S Stacey Dooley to McFly’s Harry Judd, Strictly Come Dancing has the ability to create genuinely surprising reality television, bringing out the best in the wide ranges of talented celebs who compete. And, though it premiered in 2004, Strictly doesn’t look like it’s going to leave us anytime soon. In this year’s line-up, alongside the likes of Bill Bailey, you can watch the first ever same-sex dancing pair compete: Olympic boxer Nicola Adams and professional dancer Katya Jones.

It hardly comes as a surprise in such difficult times that the first episode of this year’s Great British Bake Off was watched by more people than the 2012 Paralympic Opening Ceremony.  It turns out that being on the air for a decade doesn’t dim viewers’ enthusiasm when it comes to baking, Noel Fielding, and a bit of wholesome competition.

We really were spoiled for choice in this category. But, the ultimate treat of 90’s filmmaking, Ridley Scott’s 1991 road movie Thelma & Louise is an absolute classic.  Callie Khouri won an Oscar for her original screenplay, and the film has gone on to influence dozens of female-led films across several genres. In 2016 the Library of Congress chose to preserve it in the National Film Registry. And, of course, the pair of freedom-seeking best friends would be nowhere without their trusty 1966 Thunderbird. 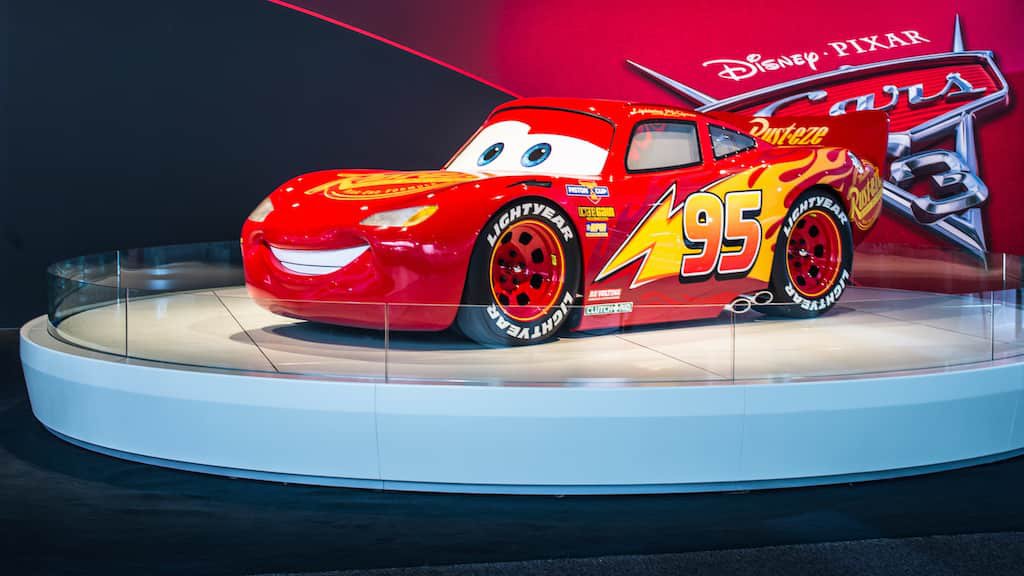 Though it might at first glance seem childish to pick this film, no one could say that Disney-Pixar’s 2006 smash-hit Cars hasn’t gone places. The franchise of films and TV shows starring anthropomorphised cars earned 10 billion dollars in merchandising revenue for Disney in the first five years alone - and the original film was even nominated for two Academy Awards. Not to mention the fact that it birthed a whole generation of motoring enthusiasts!

This prize could go to none other than Asif Kapadia’s riveting and deeply moving documentary Senna, detailing the life and death of one racing’s most celebrated figures, Ayrton Senna. Senna sadly died at the age of 34, but his legacy lives on this wonderful testament.

It goes without saying that the greatest ‘online’ innovation of the 90’s had to be the internet itself. The year 1990 was in fact a crucial year in the development of internet technology: by Christmas-time Tim Berners Lee could have celebrated the milestone of having made all the necessary tools that constitute the web as we know it today. In 2006, USA Today named the internet one of the Seven ‘New’ Wonders of the World.

The award for great online innovation of the noughties goes, of course, to Facebook, the behemoth of social media networking. In 2012, just 8 years after being founded, it was the first social network to break the billion-user milestone. Its active members now number over 2.5 billion, and they have acquired major online players Instagram and WhatsApp. 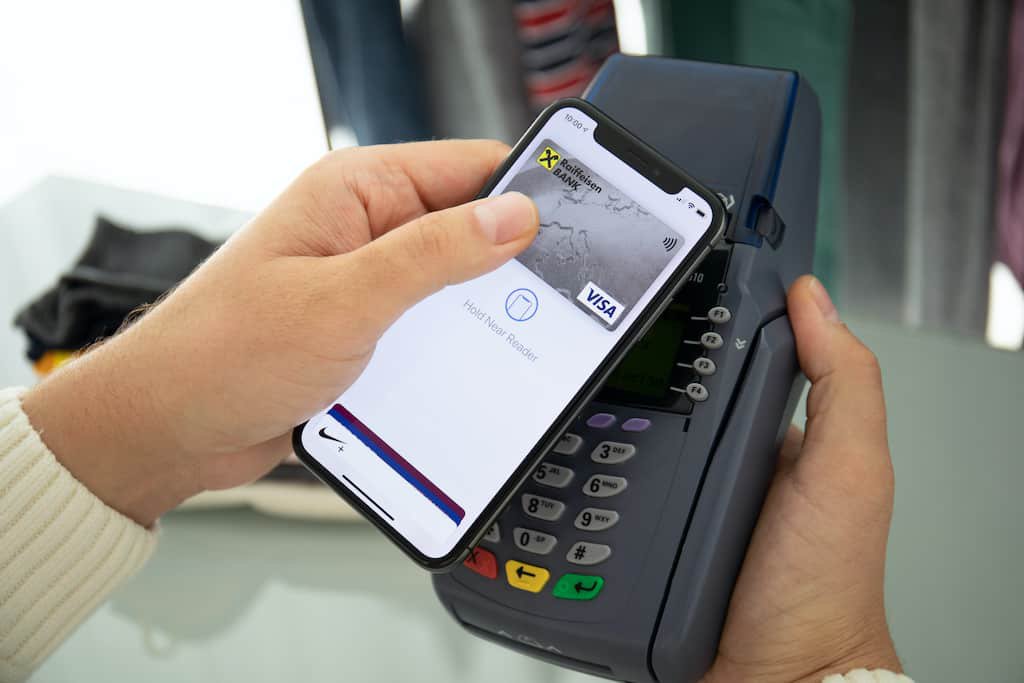 And, finally, after choosing from a lengthy list, Leasing Options are deciding to make Apple Pay our top online innovation of the 2010’s. Not only has it revolutionised the way we pay for things, it is also revolutionising how companies are doing business. And last year alone saw 10 billion Apple Pay transactions – more than the whole world population.

Just some examples of how things – and business – have changed over the past 30 years. We are very proud to still be serving car leasing customers up and down the country - and hope to see another 30 before we’re done!