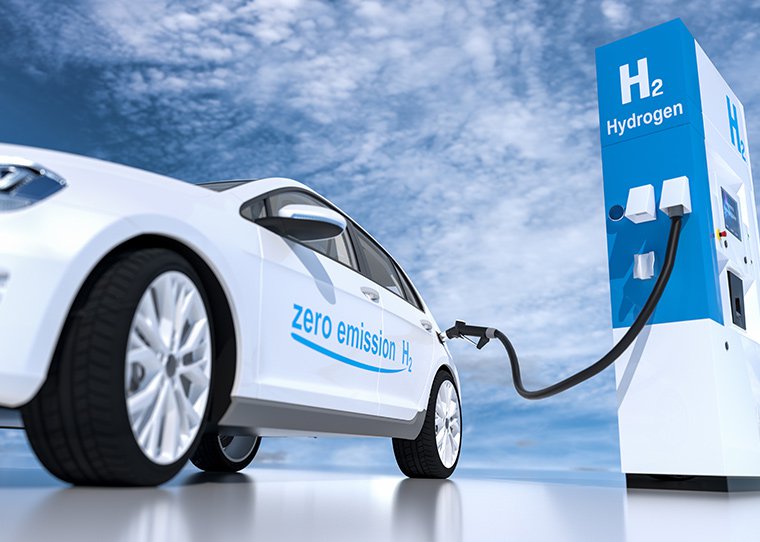 People have been predicting the rise of hydrogen power for a number of years now, but whilst electric cars are becoming ever more popular, growth of hydrogen fuel cell vehicles has stalled somewhat. With very few charging stations here in the UK and only a handful of cars to choose from, there’s still a long way to go before usage of the fuel is widespread, but considering all of hydrogen’s advantages surely it’s only a matter of time. Here are 10 reasons why we think hydrogen could play a big part in the future of the motor industry.

The only emission from a hydrogen fuel cell vehicle is water so, just like a battery electric vehicle, it has no impact on the air quality where it’s driven. Clearly for the sake of public health and quality of life it’s incredibly important to reduce the amount of pollutants in our cities as quickly as possible in the coming years, so with its clean properties hydrogen power could yet play an important role in reducing pollution.

Hydrogen is by a very large margin the most commonly occurring element in the universe, in fact it’s thought that up to 75% of known matter is hydrogen, so there’s plenty to go around! Whilst the gas usually occurs in a compound like water (H20 – hydrogen mixed with oxygen) and must be extracted to be used, there is plenty of availability and sources.

Quicker to charge than electric One of the biggest disadvantages of electric cars currently when compared to internal combustion engine vehicles is the fact that charging times are often measured in hours rather than minutes. Motorists are used to filling up their car with petrol or diesel in a few moments and then heading on their way, rather than having to wait hours for a battery to charge. Refuelling a hydrogen car follows a very similar process to what you will be familiar with when using your local petrol station and so from that perspective has a big advantage over purely electric vehicles.

Noise pollution is a serious issue in our cities and has been shown to have a negative impact on both human and animal life in areas with lots of traffic. The conversion of hydrogen to electrical energy to be used to power a vehicle is significantly quieter than the processes which drive a conventionally fuelled vehicle. Whilst the sound can be slightly louder than a fully electric vehicle, hydrogen fuel cell cars are much less noisy than petrol or diesel engines, delivering another real benefit.

As well as producing no harmful pollutants, hydrogen vehicles also produce no carbon emissions at all when they are driven. Of course the process of generating the hydrogen uses power, and so this needs to be taken into account, but if this is done via renewable energy sources such as solar or hydro power then a hydrogen vehicle can have net zero emissions.

Because hydrogen can generate such enormous power it’s often thought of as being more dangerous than other elements or fuels. However most scientists believe when it comes to powering a car it’s no more hazardous than either petrol or diesel. Tests have even shown that vehicle fires can in fact be more risky with conventional fuels because they are liquid rather than guess at normal pressures and so will not disperse as easily.

Can be stored easily

One of the problems with electricity in general is that is difficult to store. Batteries are the main way in which unused energy can be kept for later, but this is not perfectly efficient and there are time limits for storage too. Once hydrogen has been separated out it can be stored indefinitely ready to be used later. For this reason hydrogen could play a big part in storing electricity from renewal energy sources in the future, where for example wind power is used to create hydrogen which can then be stored for later.

Can be sourced anywhere in the world

Unlike fossil fuels such as coal and oil, which are only available at certain points on the planet, hydrogen can be generated anywhere. Not only does this reduce the reliance of countries on each other for fuel needs, it lessens the impact of moving fuel around the world to be used in different places. Hydrogen also holds the advantage of being extremely light, so it can be transported highly efficiently.

Whilst battery technology is improving all the time, the best performing hydrogen vehicles can outperform electric when it comes to range. This fact coupled with the similarities between refilling hydrogen and standard petrol or diesel cars give it a distinct advantage over fully electric cars, especially for motorists with so called ‘range anxiety’, concerns over running out of fuel and not being able to use a vehicle for a number of hours whilst it is recharged.

Hydrogen is incredibly powerful and light and due to these properties has been used for decades in various applications such as for rocket fuel. In fact, the lunar missions in the sixties used a form of liquid hydrogen to power them all the way to the moon!

Toyota Motors and Hino Motors have agreed to jointly develop a...

Hydrogen is a much-discussed alternative to petrol and diesel. Find...