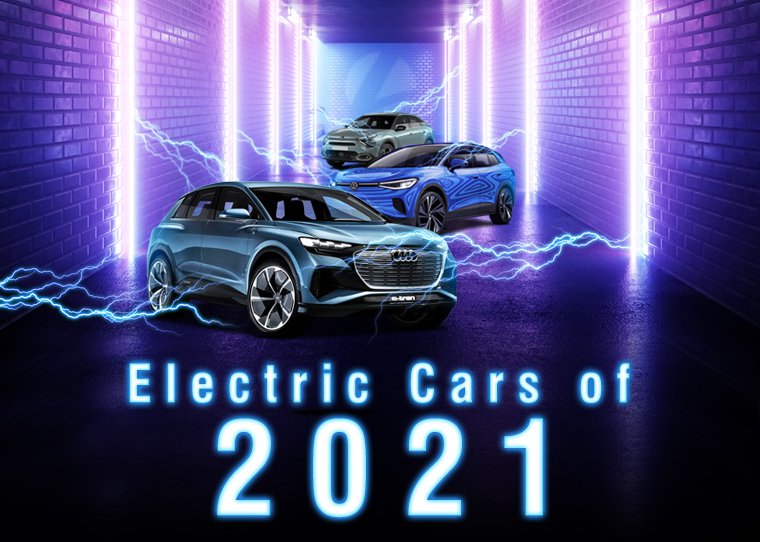 We're nine years away from the UK ban of solely fossil-fuelled cars. Some countries are adopting the ban earlier, such as Norway which has set their cut-off point as 2025, with other nations such as Denmark, Sweden and Germany following the UK with the 2030 cut-off.

The manufacturers are now enticing us towards the world of EV with some very interesting cars. Is this the sister car to the Porsche Taycan or an out-and-out rival? The second all-electric car from Audi, following on from the success of the E-Tron SUV models.

This four-door sports saloon will have a total of 582bhp supplied to all four wheels, giving a 0-62 time of 3.5 seconds. It also has a WLTP range of 248 miles and is equipped with a rapid 350kw charging system. This is BMW's step into the technological and design future, featuring the controversial new kidney grille setup. Love it or hate it, these are the foundations for the BMW design language. The interior features large digital-displays and back-lit touch controls throughout the cabin. The first electric hot hatch, which shares its platform with the Volkswagen ID.3. The El-Born has a range of 310 miles and a charge time of 161 miles in 30 minutes, where fast charging is available. The handling has been tweaked over the ID.3 to give a sportier feel, coupled with deep bucket seats and impressive 0-60 times have been promised by SEAT. Ford’s first electric car, the Mustang Mach-E uses the Mustang heritage of constant evolution, the design cues of the coupe and an all-electric drivetrain. The Mach-E not only has a range of a promising 370 miles from the 99kWh battery but power, with 459 bhp available. Pre-orders are open now. Following the announcement of the final swan song for Elise, Exige and Evora, with the final editions this year, Lotus is in full swing to start the production of the world’s most powerful production car.

The Evija has a target range of 215 miles and 1,973bhp. This all-electric hypercar will see a top speed way over 200bhp and a blistering sub 3 second 0-60 dash. Set for a late 2021 arrival in the UK, the EQS is Mercedes’ answer to the S-Class in all-electric form, ready to take on the Porsche Taycan and Audi e-Tron GT head-on, whilst bringing the challenge to the Tesla Model S as the go-to large electric executive choice. 2022 will see internal combustion specialist AMG offer a version of the EQS. Estate or shooting break, the Cross Turismo will give the buyer of the all-electric Taycan some more boot room for family duties. Nothing changes in terms of powertrain, carrying across the same options of 4S, Turbo and Turbo S with outputs ranging from 532bhp to 751bhp and all-wheel drive. Sitting between the Octavia and Kodiaq, the Enyaq will be Skoda's first electric car, whilst utilising the MEB Platform that all Volkswagen Group electric vehicles are built upon. The is a 302 bhp vRS performance offering planned, with a 0-62 of 6.2 seconds it's not hanging around either. We're eagerly waiting for the Model Y to hit UK shores; built on the Model 3 platform, the Y is ever so slightly taller and wider and is currently being offered in the US.

With a range of 314 miles, 0-60 of 3.5 seconds, dual motor and all-wheel drive, plus an optional third row of seats to allow seating for seven, is this the ultimate compact crossover/SUV? VW is putting the MEB platform to good use, with the ID.4 sharing it with the ID.3. The second all-electric vehicle from VW is more of a crossover compared to the ID.3 hatch rival offered by VW last year.

The ID.4 will be offered with two battery choices, 52kWh and 77kWH which offers 310 miles.

With the varied selection of vehicles and dozens more expected over the next few years, to suit all tastes and budgets it’s an exciting time for motorists.