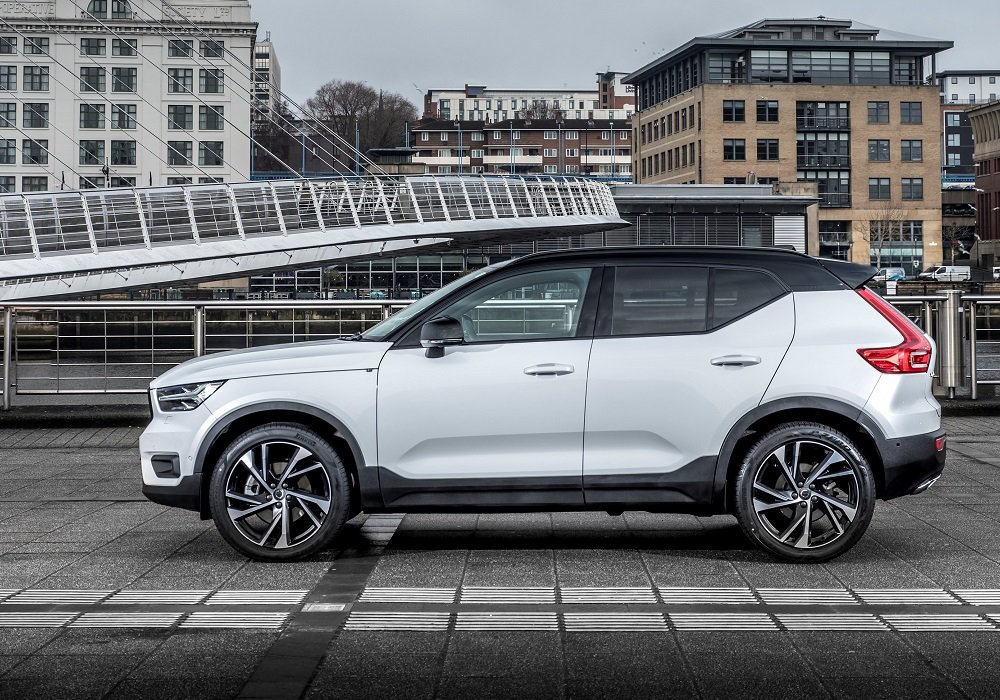 Volvo XC40 Review: Up where the thicker cream floats

The 2018 Volvo XC40 is the range-entry SUV which, along with the XC90 and XC60, now completes the trio of all-new SUVs from the Swedish automaker. It takes the same basic formula that's worked well for its larger siblings and distills it into a smaller and less expensive package. It bears an almost identical resemblance to the Concept 40.1 unveiled in 2016.

In development for the past four years, the XC40 gets its own all-new compact modular architecture (CMA) platform which will underpin all subsequent cars in the 40 series – including the all-new V40 later this year. The CMA platform, co-developed with parent Geely, will provide Volvo Cars with the necessary synergies and economies of scale for an all-new range of small premium cars.

Like rivals from BMW, Mercedes-Benz, Audi, Range Rover et al, the XC40 sells as much on style as it does on practicality or drivability. 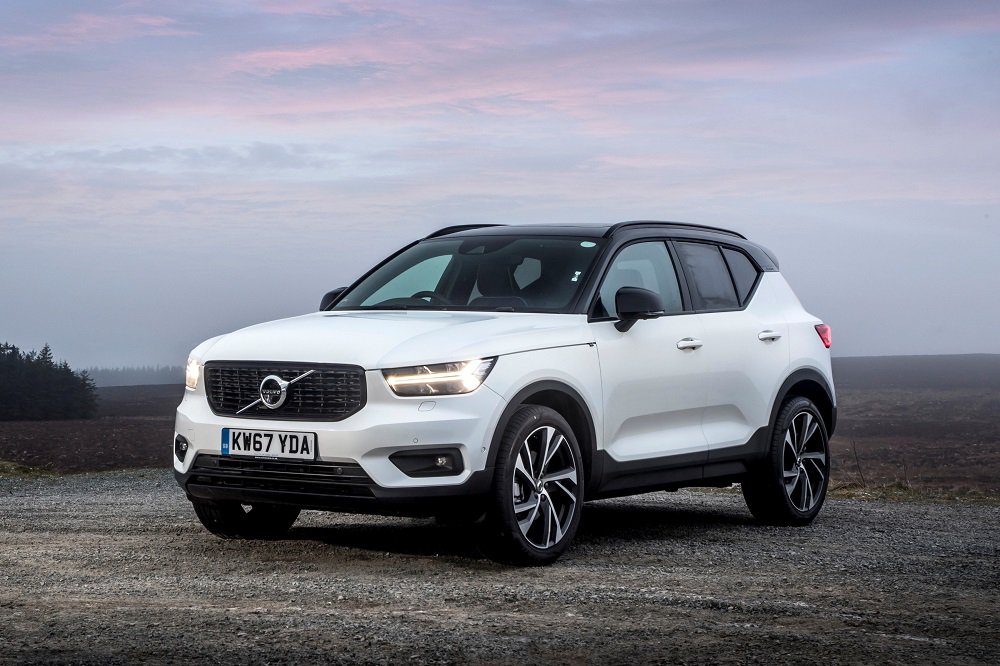 The new Volvo XC40 is a product of true international origins – a Swedish-branded product, financed by Chinese conglomerate Geely, styled by British designer Ian Kettle and built at the Volvo production plant in Ghent, Belgium.

In styling this contender, Mr Kettle’s brief was to give the XC40 its own identity, rather than place the blueprints for the larger XC60 into a photocopier and set it to 75%.

Far from the XC40 being just another ‘mini-me’ design, the compact Volvo is sufficiently different from its bigger relatives to boast a personality all of its own. While this car shares its bigger stablemate's ‘Thor’s Hammer’ LED headlights and clamshell bonnet thus ensuring a family resemblance, it also gets unique touches like an inverted front grille and coupe-like rear styling. The detailing and the overall proportions of the car are quite different. 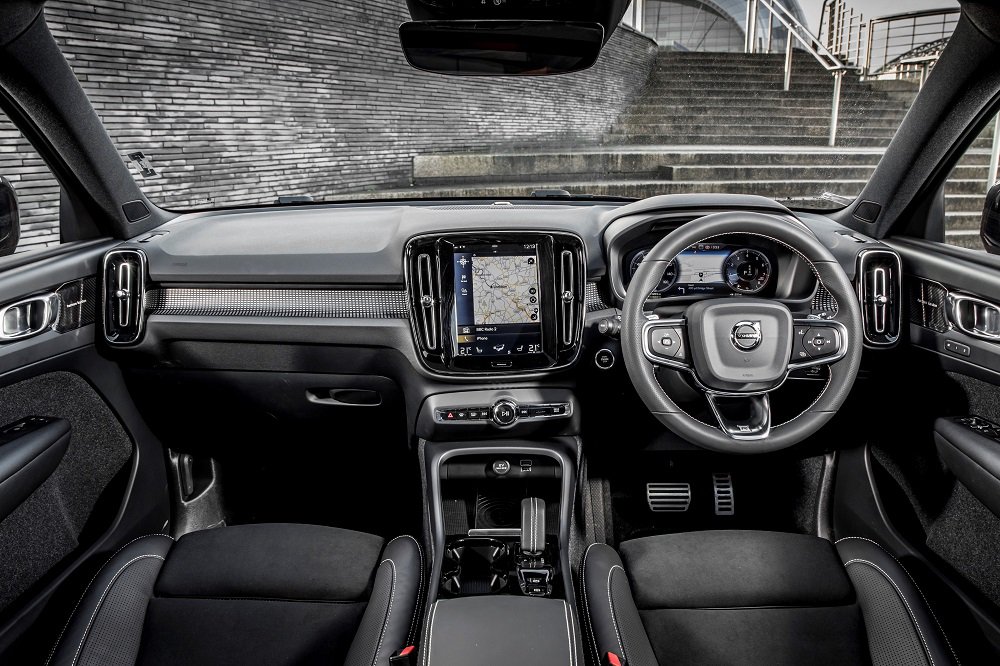 The XC40 successfully translates the distinctive interior of Volvo's larger SUVs into a smaller package. You'll notice this as soon as you take a seat in the cabin. The steering wheel, touchscreen and center arrangement will be immediately familiar to those who have driven an XC60. The front seats are wonderfully shaped and remain comfortable for long periods — just as with other Volvos — while passengers in the back enjoy a decent amount of headroom and legroom. Numerous cubbies throughout the interior are also suitable for storing small items – particularly the deep, full-length door pockets. There’s also a removable cargo floor partition helps make the most of the rear load area.

The XC40 can’t boast of having the largest boot in its class, but its 460 litres is easy to use thanks to its impressively flat floor and no lip at its front edge making heavier items easier to slide in. With row two lowered, the load area stays flat and space increases to a very generous 1,336 litres. 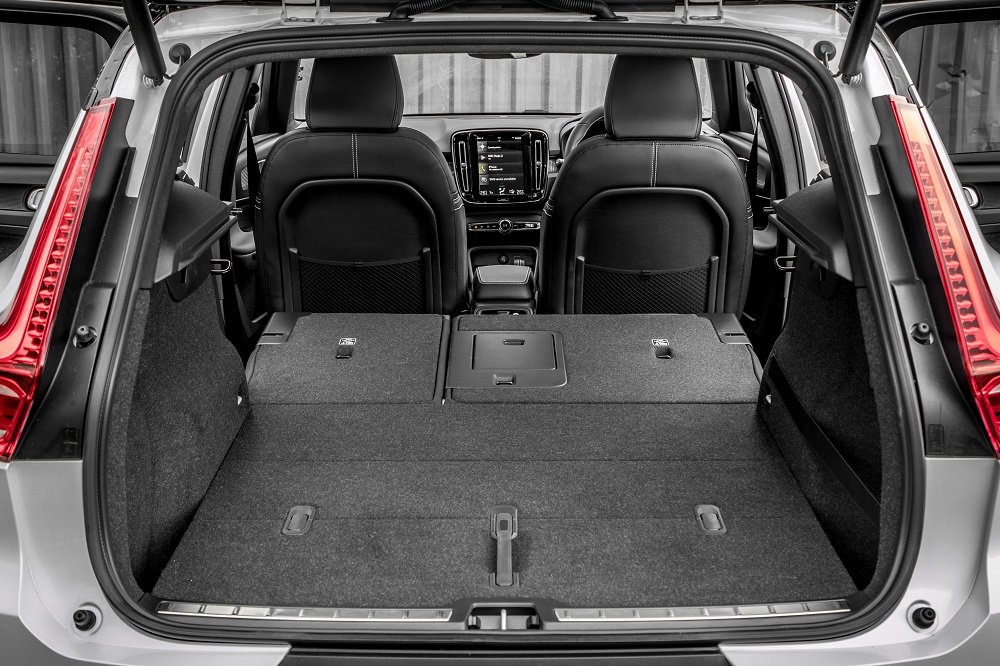 The XC40 range has three familiar core trim levels – Momentum, R-Design and Inscription with each having its own sub-model called ‘Pro’.

R-Design takes the Momentum spec and adds leather seats, the auto-folding side mirrors, a different design of diamond-cut alloy wheel, gloss-black trim, tinted windows and leather on the steering wheel and gear knob. R-Design Pro repeats the heated front seats and adaptive headlights again, but also beefs up the looks with 20-inch alloys and brings further comfort with power adjustment on the driver’s seat.

Inscription is the top level, with ambient lighting, a powered tailgate, metallic paint, front parking sensors, and a matt-silver finish on the front and rear skid plates. But even here you’ll need the Pro trim for the extra goodies. Doing so gives you 19-inch wheels and LED front fog lights. 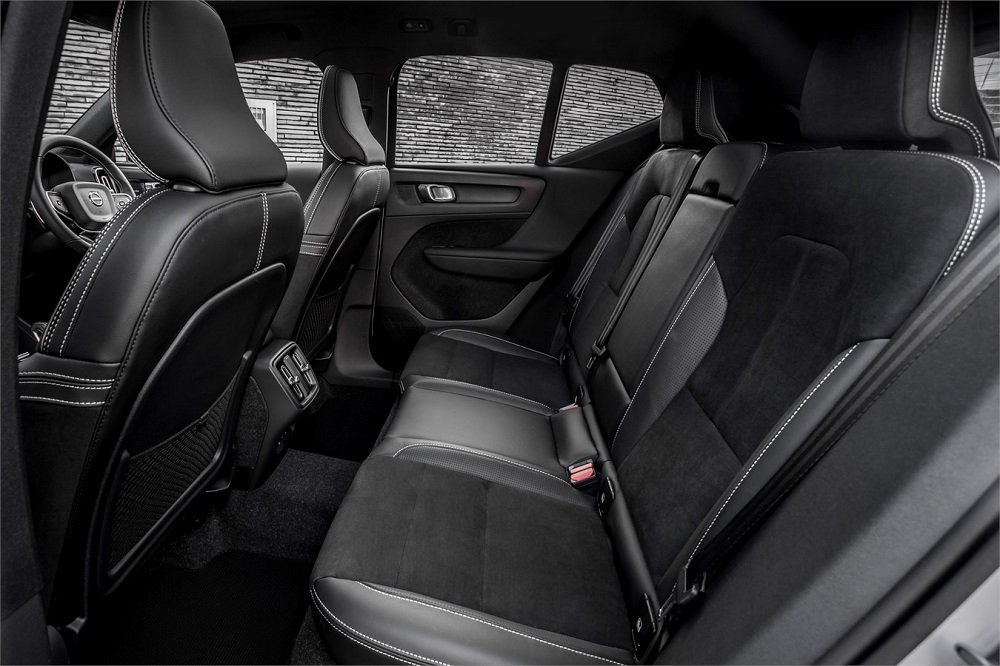 This is one of the XC40’s weakest areas. Apple CarPlay and Android Auto are a cheeky £300 cost option – standard fit on all other premium rivals – and while the portrait nine-inch touchscreen looks great and has crisp, high-definition graphics, it’s not the easiest to use. Some of the icons are quite small and fiddly to hit precisely when you’re driving, and you have to swipe side to side to access some of the menus.

Still, you do get sat-nav, Bluetooth, DAB and voice control as standard and, once you become familiar with it, it’s not a bad system to use. You can pinch screen to zoom in or out and it mostly functions like a normal tablet but it remains a little way off the user friendly interface of BMW’s latest iDrive system, which benefits from a rotary controller for use on the move. 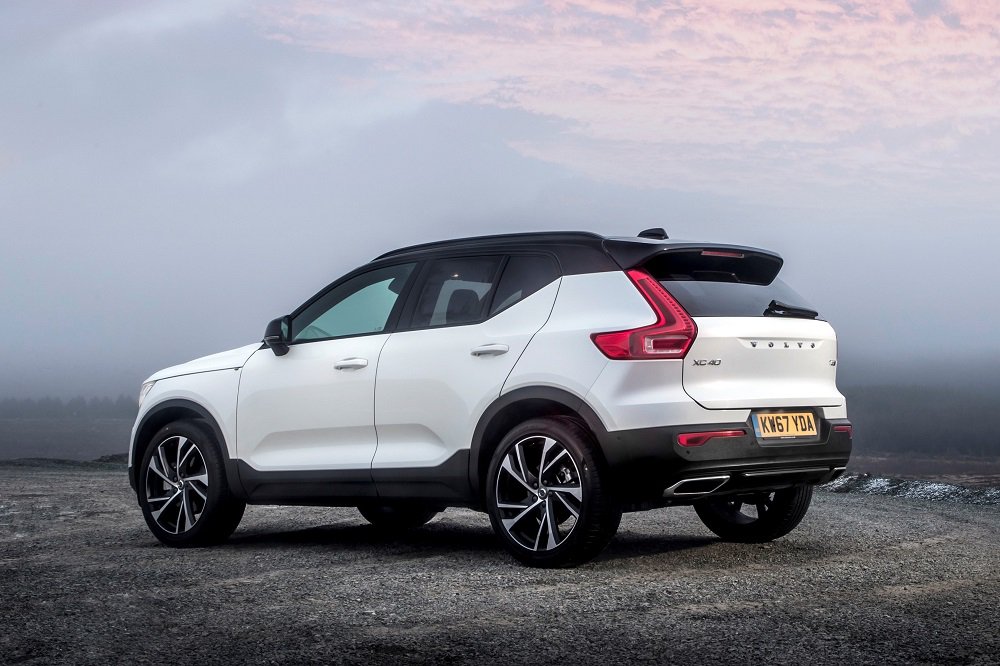 You can add wireless charging for your phone to the XC40 and all models get an in-built modem so that you can turn the car into a mobile wi-fi hotspot with the help of a SIM card and a mobile data allowance. With all that working, you can connect up to eight devices to the internet via the car. If you need more than that then there’s something seriously wrong with your life.

An excellent Harmon Kardon sound system is optional but those who appreciate high quality audio will need to weigh up the £550 cost required to step up to this 13-speaker system from the standard ten speaker setup. 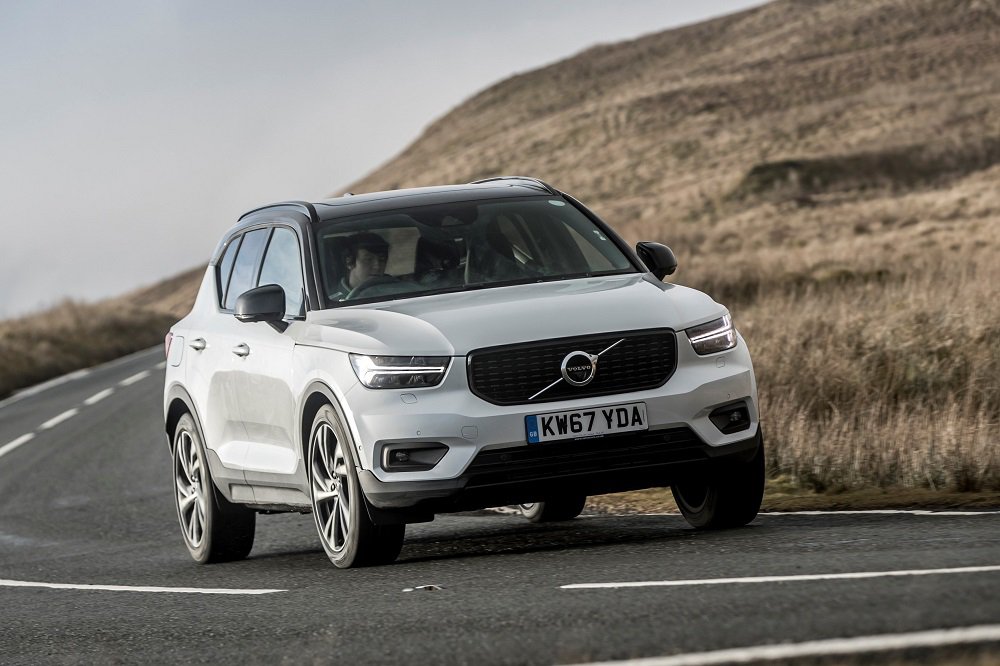 The XC40 offers a good mix of turbocharged petrol and turbodiesel engine choices. The petrol range starts with the T3 three-cylinder petrol, producing 154bhp and available only with front-wheel drive and a manual gearbox.

Should you wish to step up to either the T4 or T5 (188bhp and 247bhp, respectively), you’ll be restricted to all-wheel drive and Volvo’s eight-speed auto transmission.

I spent this week with the D4 auto and it’s a likeable unit. It pulls strongly from 1,500rpm and its maximum torque of 400Nm is more than enough to haul a car of the XC40’s size out of trouble pretty quickly. With the auto ‘box left to its own devices, the engine is suitably refined for everyday use. However, take control of the flappy paddles through the gears and the engine’s note becomes quite shrill when intruding in the upper reaches of the rev band. 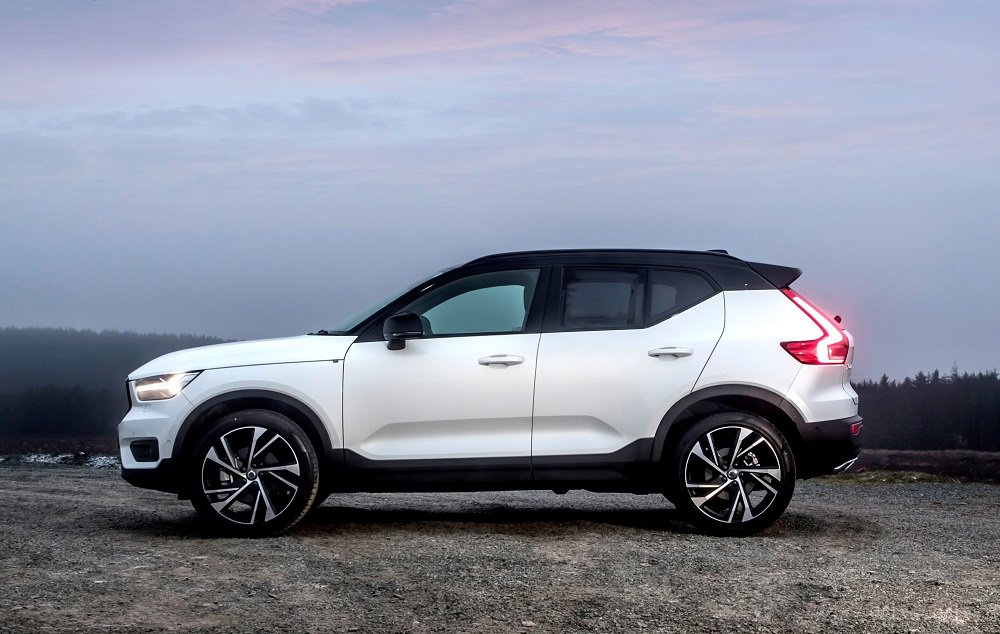 I'm a big fan of the new 90 series Volvos (XC90, S90 and V90) as they provide serene driving experiences without being overly cushy and floaty. The XC40 doesn't deliver on that as Volvo has tried to make it a little sportier, but the end result is one of compromised handling. The ride is a tad too stiff and bumpy and the body – particularly the rear – moves around more than it should over crusty surfaces.

Handling is secure but uninspiring, especially in ‘Comfort’ mode in which there is noticeable body roll. ‘Dynamic’ mode does much to resolve that and gives the steering good weight and sharpens the throttle response, but it makes the ride harsh and the steering remains lifeless through any chosen mode. ‘Off-road’ is active for speeds under 25mph and automatically engages hill-descent control. ‘Eco’ mode is truly nap-inducing and suitable for the unhurried with too much time on their hands. ‘Individual’ allows personal settings to the car’s dynamics for a sportier drive but you will have to select it each time you fire up the car as ‘Comfort’ is the default setting.

The D4 diesel engine can be a bit on the loud side but I am more forgiving of it because it's a fun engine to play with. There's noticeable turbo lag, which, when coupled with the still-hesitant automatic, can catch the unaware when pulling away from junctions or joining traffic while both departments meet and discuss what to do with the recently-received instruction from the driver. 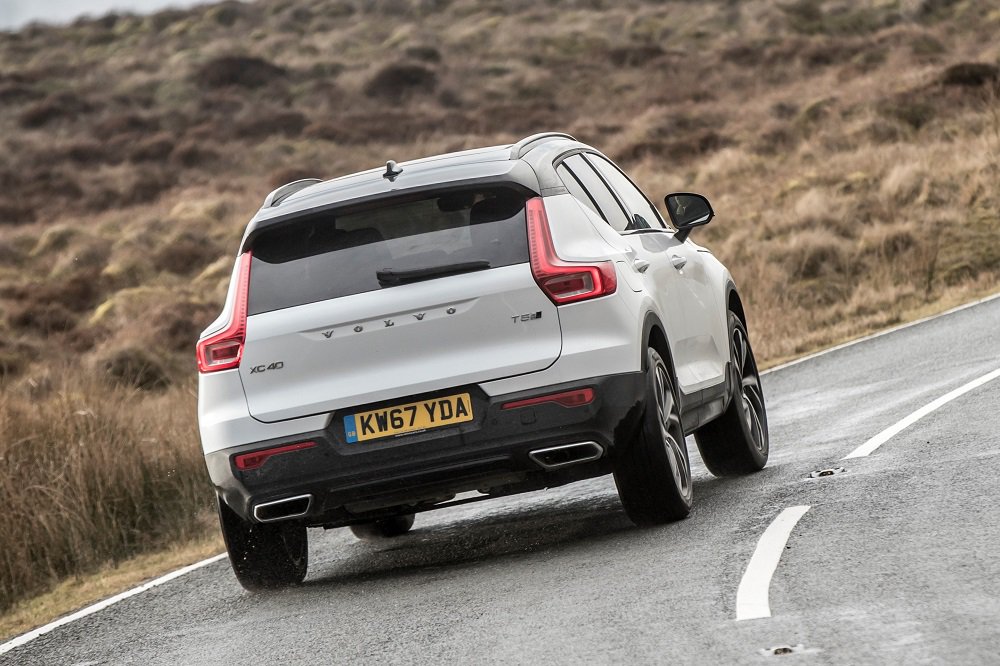 Volvo has never made a compact SUV but, in a market that seems to consume them as quickly as mushrooms appear, they needed one.

Offered in both two and four-wheel drive guise, the XC40 is more than capable of walking the walk. Sure, it’s unlikely to beat anything wearing the green Land Rover oval, but the baby Volvo is hands-down better than both the Range Rover Evoque and the Velar, neither of which are overly spacious.

It’s an ideal blend of comfort, luxury, practicality and style. The touch-only infotainment system is somewhat off the benchmark set by BMW but still, as an overall ownership prospect the XC40 certainly sets the standard in this class.

Initial sales of the XC40 have exceeded Volvo’s expectations and the new pup has gone straight to the top of the ever-growing array of competitors. All-electric and plug-in hybrid models will follow, but even without those eco-champions in the current range, the Volvo XC40 is the best premium small SUV on any forecourt right now.