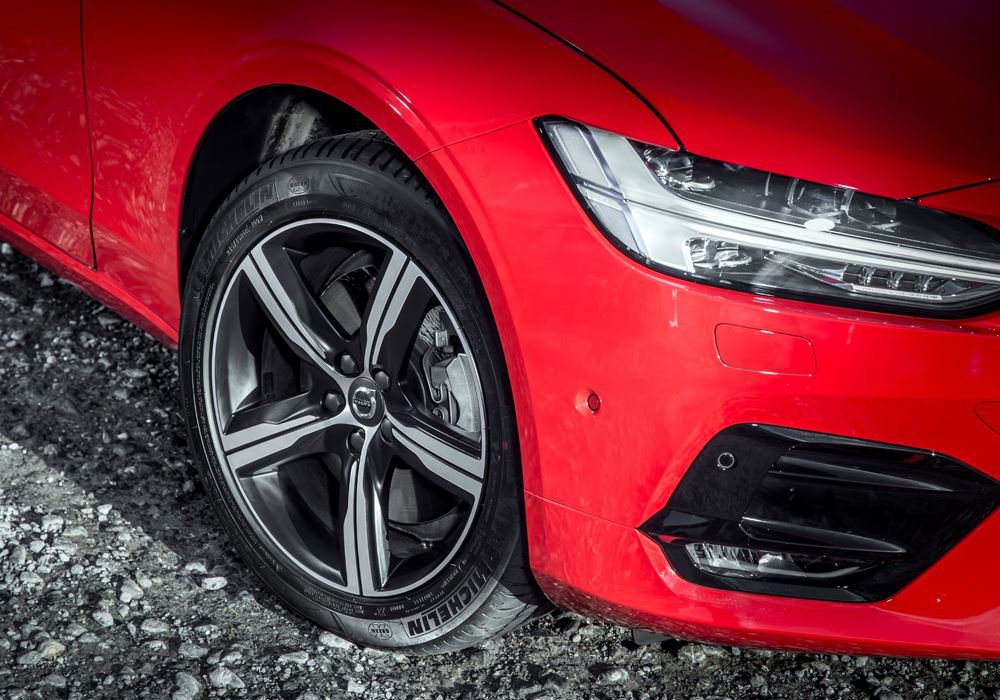 The rapid evolution of Volvo continues unabated under the confident stewardship of Chinese owners Geely as the Swedish automaker recently launched the S90 - its new flagship sedan. It is one of four current Volvo 90 family members, along with the V90 estate, the V90 Cross Country and the award-winning XC90 SUV.

With a marked £8.4 billion investment, all these new Volvos began life as blank sheets of white paper. Nothing was sacred; everything had to be re-imagined from the ground up.

Replacing the pensionable S80 and its Ford Mondeo-derived platform (Volvo was owned by Ford from 1999 to 2010), the new S90 is built on the company’s specially designed and fully modular scalable product architecture (SPA), which, the company says has opened up a range of new opportunities in terms of how future Volvos can be designed, built and equipped. Using styling cues from the XC90, the S90 emerges as a sleek four-door coupe, highlighted by a bold concave grille and the "Thor’s Hammer" LED daytime running lights.

Although as slim as the XC90’s, the headlamps sport a simpler shape toward the fenders, giving the sedan a more consistent look. Down below, it gained a sporty bumper with a wide intake and a protruding splitter-like element. The S90 showcases a sleeker profile due to the coupe-like roofline, notchback style boot lid and longer rear windows.

Distinctly European, the S90 offers a diversion from its German and British rivals. If you liked the XC90’s luxurious cabin then you’ll definitely adore the S90’s. The saloon looks remarkably similar on the inside, with mild revisions made to the dashboard and door panels. The dashboard is a bit slimmer and features larger wood inserts and taller air vents on the center stack, but everything else remained unchanged.

It also includes the Sensus Connect touchscreen that debuted in the XC90, as well as the clutter-free stack with minimal dashboard buttons.

The S90 raises the premium bar with a blend of natural materials and the latest technologies. Front and rear furniture are super-comfy and head and legroom throughout make long-distance travel a doddle. There are three main trim grades, comprising Momentum, Inscription and R-Design and each has a ‘Pro’ sub-grade.

The standard equipment list on the Momentum is strong. Each S90 has, for example, an eight-speed automatic gearbox, a clever infotainment system with a touchscreen and an array of safety features and practical touches you would expect from such a design-oriented manufacturer. Standard on the S90 is Volvo’s semi-autonomous Pilot Assist software which allows the car to accelerate, decelerate, come to a complete stop and steer in road conditions with clear lane markings up to speeds of 80mph - without the need for a pilot car upfront. The system permits hand-free ‘driving’ for up to 15 seconds, shutting off automatically if no driver involvement is detected on the steering wheel.

Technology and safety abound on the S90. There’s ‘city safe’, ‘cyclist and large animal detection’, the aforementioned ‘pilot assist’ and arguably the best adaptive cruise control in the business.

Of course, other goodies are there to make life as comfy as possible - front and rear heated seats, Sensus Navigation, Sensus Connect, climate control and powered boot lid. On the road, the all-new S90 may not feel like a true European sports sedan but it does reveal a keen sporty character when asked and is light years away from Volvo’s old ‘pipe and slippers’ perception. There’s a more relaxed demeanour to it – softer, quieter and comfortable – one that becalms rather than excites.

While it’s a large car, it’s no floaty land yacht especially when dynamic mode is selected at which point the Volvo flexes its muscles. It is very capable of maintaining a tight line through the twisty bits or cruising along gobbling up huge portions of motorway.

The suspension isn’t as hard or unforgiving as its Germanic rivals and there’s perhaps a bit more wallow than a Jaguar XF would offer, but the balance between comfort and handling is one that works very well, and sets the S90 well apart from the competition. The S90 isn't as good to drive as the Jaguar XF and it isn't quite as comfortable as the Mercedes-Benz E-Class, but it offers a more then acceptable compromise.

It's a truly likeable, stylish alternative to the established executive saloons and, if you're fed up of the offerings from the Germanic Trio, the Volvo S90 should be high up on your shortlist.

It is rightly said that, in the high-end saloon arena, respectability only arrives when you get your BMW 5-Series rival right.

This is one brand that in recent times has come a long way regarding...

Volvo sets sights on the Outlander.