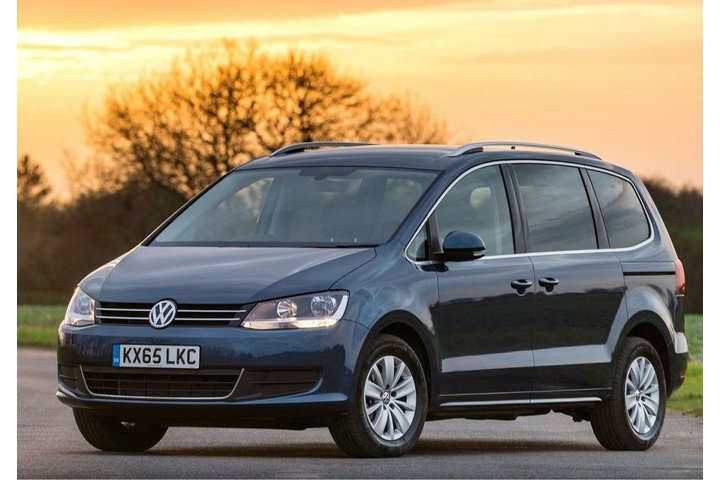 Those in the market for a seven-seater are currently rather spoilt for choice, but most choices lie in the SUV sector. Far more popular in the nineties and early noughties, the range of ‘traditional’ seven-seat MPVs now on sale in the UK is significantly reduced, limiting the choice for those still seeking full-size people carriers with the ability to carry seven reasonably-sized adults. 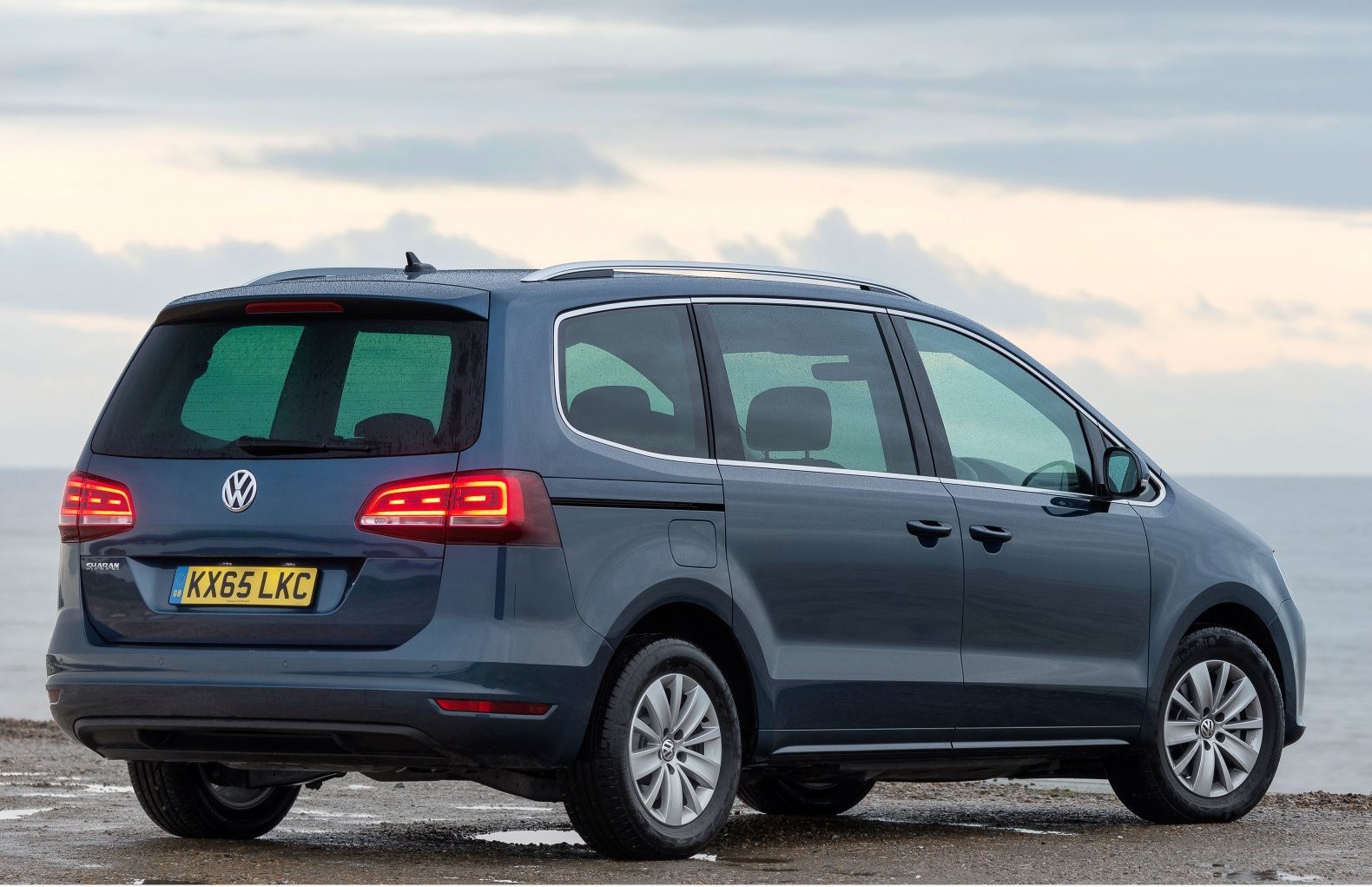 The Volkswagen Sharan and closely-related SEAT Alhambra are made for people-carrying duties and, although the SEAT sports a lower price tag, there’s no denying the allure of the Volkswagen brand. The present Sharan has been manufactured in Setúbal, Portugal since 2010. 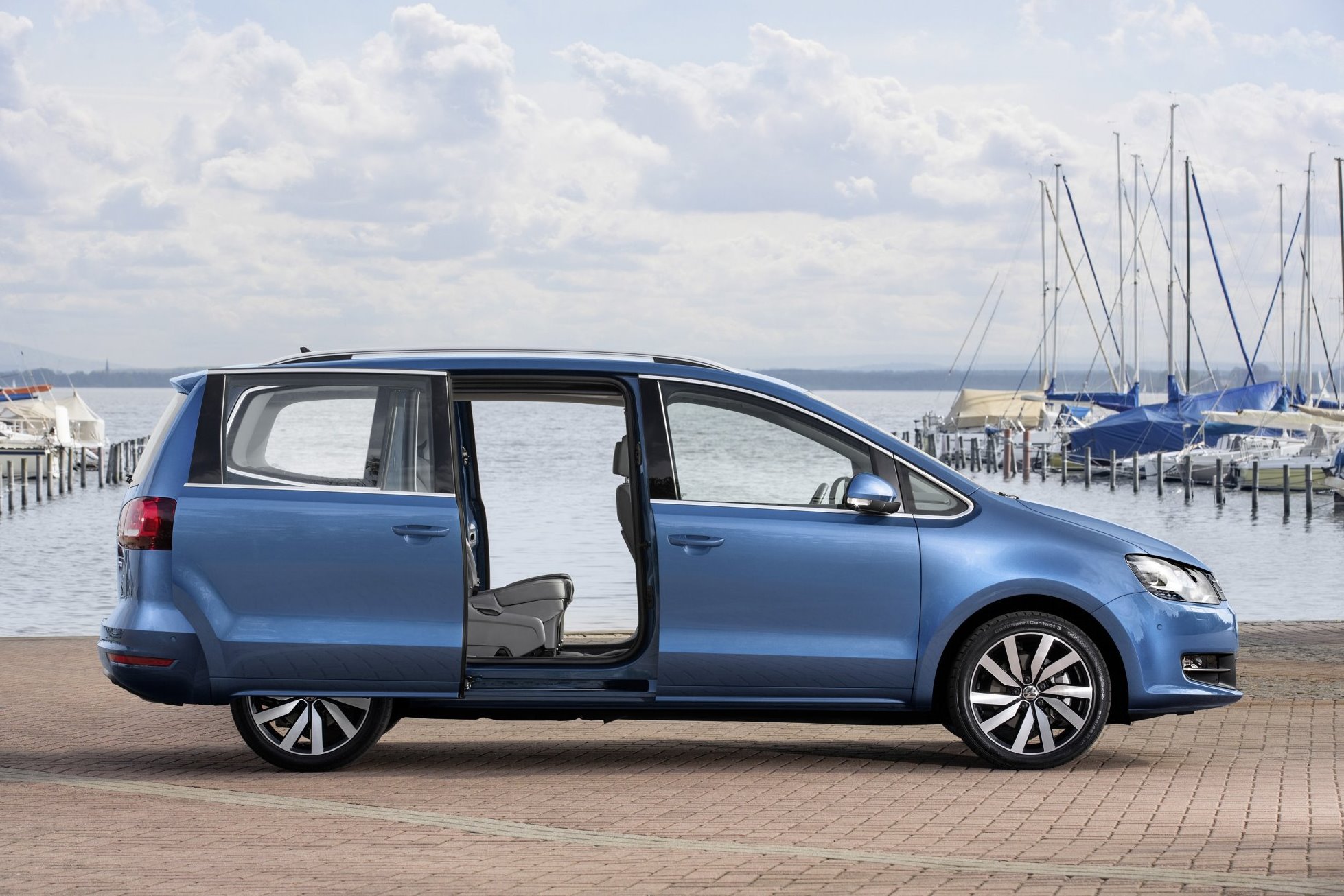 While some MPVs look and feel heavy, the Sharan is surprisingly nimble and neat. It takes some of its generic VW styling cues from the Polo and Golf, creating the illusion that this sizeable MPV is smaller than it actually is.

Showing its age of late, it would be cruel to dismiss the Sharan as being unattractive, but it isn’t especially stylish looking. Launched in 2010, the Sharan was updated in 2015 with new lights, a new grille and some minor trim details, but it basically looks the same as before – a big van with windows.

Of course, that image may be lacking in intrinsic appeal, but when you’re dealing with the needs of a large family there’s still little to beat the Volkswagen Sharan which elevates its desirability somewhat. It’s a very rational car, one you buy because you need it and not because you necessarily desire it. 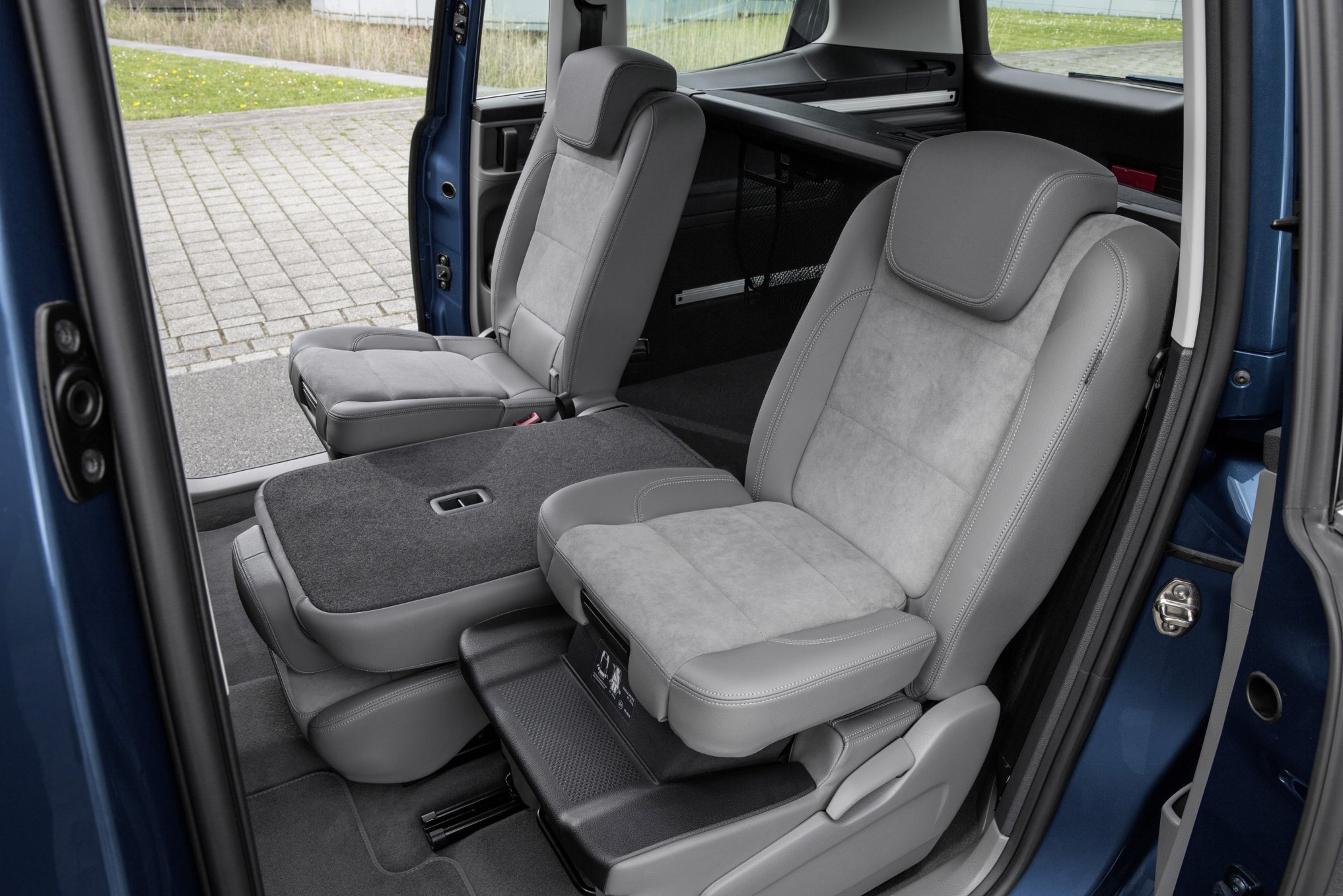 Inside, the Sharan is sheer family-oriented practicality – almost utilitarian – and that’s okay because it needs to be durable, tough and hard-wearing to cope with full-on family duties.

Unlike EU models, all VW Sharan’s sold in the UK are seven-seaters. There are three rows of seats in a two-three-two configuration, with the rear-most pair able to fold flat into the boot floor. Unlike many rivals, they are proper, full-size seats and should take most sizes of person in reasonable comfort over reasonable distances. Even with all seats in place, there is still 300 litres of load area. Flatten row three and a welcoming 711 litres becomes available, while lowering rows two and three the cargo capacity becomes positively gargantuan at 2,300 litres. 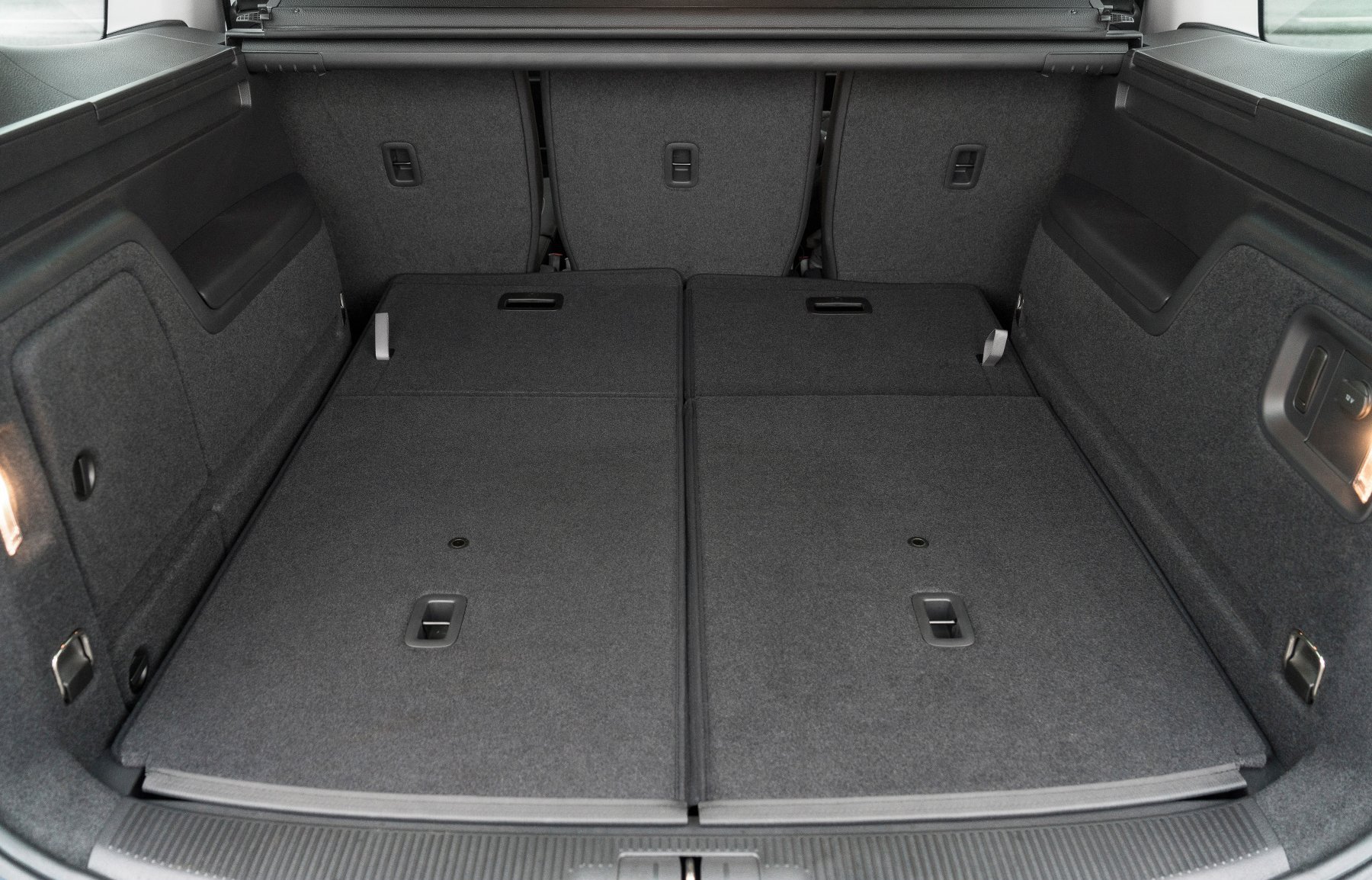 The middle row consists of three individual seats, each able to be folded or slid forwards and backwards in order to maximise the space on offer. Also handy are the Sharan’s sliding side doors – something about which most MPVs can’t boast, let alone the similarly-sized Ford Galaxy and S-Max.

Along with practicality, comfort is another of the Sharan’s trump cards – it’s spacious inside and generally rides well on poorer road surfaces. In common with the other VWs, it sports a solid if rather uninspiring interior, which is not out of sorts with its restrained and practical image. 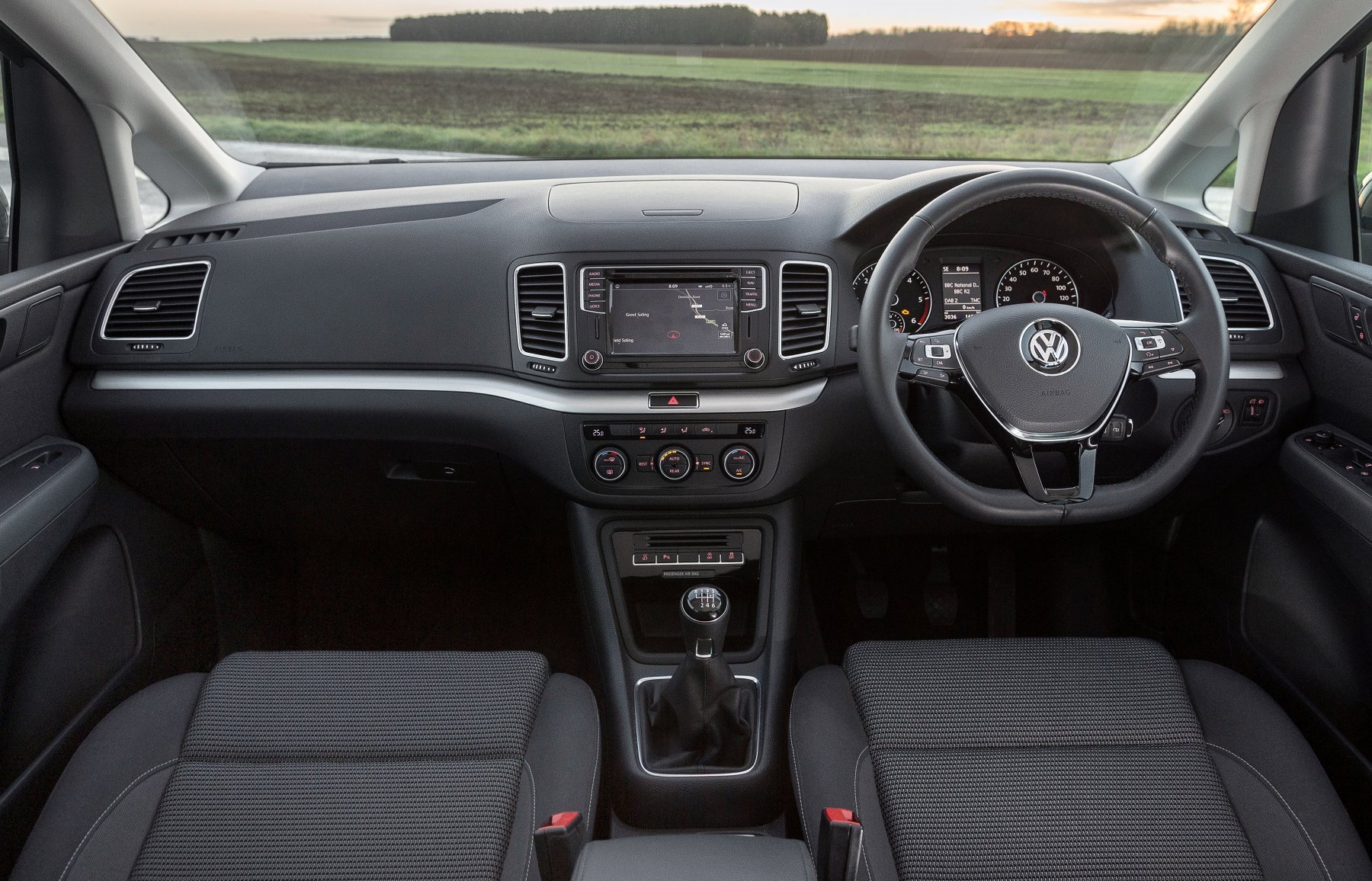 The best trim option for most is likely the SE Nav which offers most of the needed tech and safety kit, but doesn’t make the interior so luxurious that you’d be apprehensive in putting the kids and family-related detritus in it.

On the options list the larger 17-inch alloys are best avoided but do consider electrifying the side doors and tailgate. 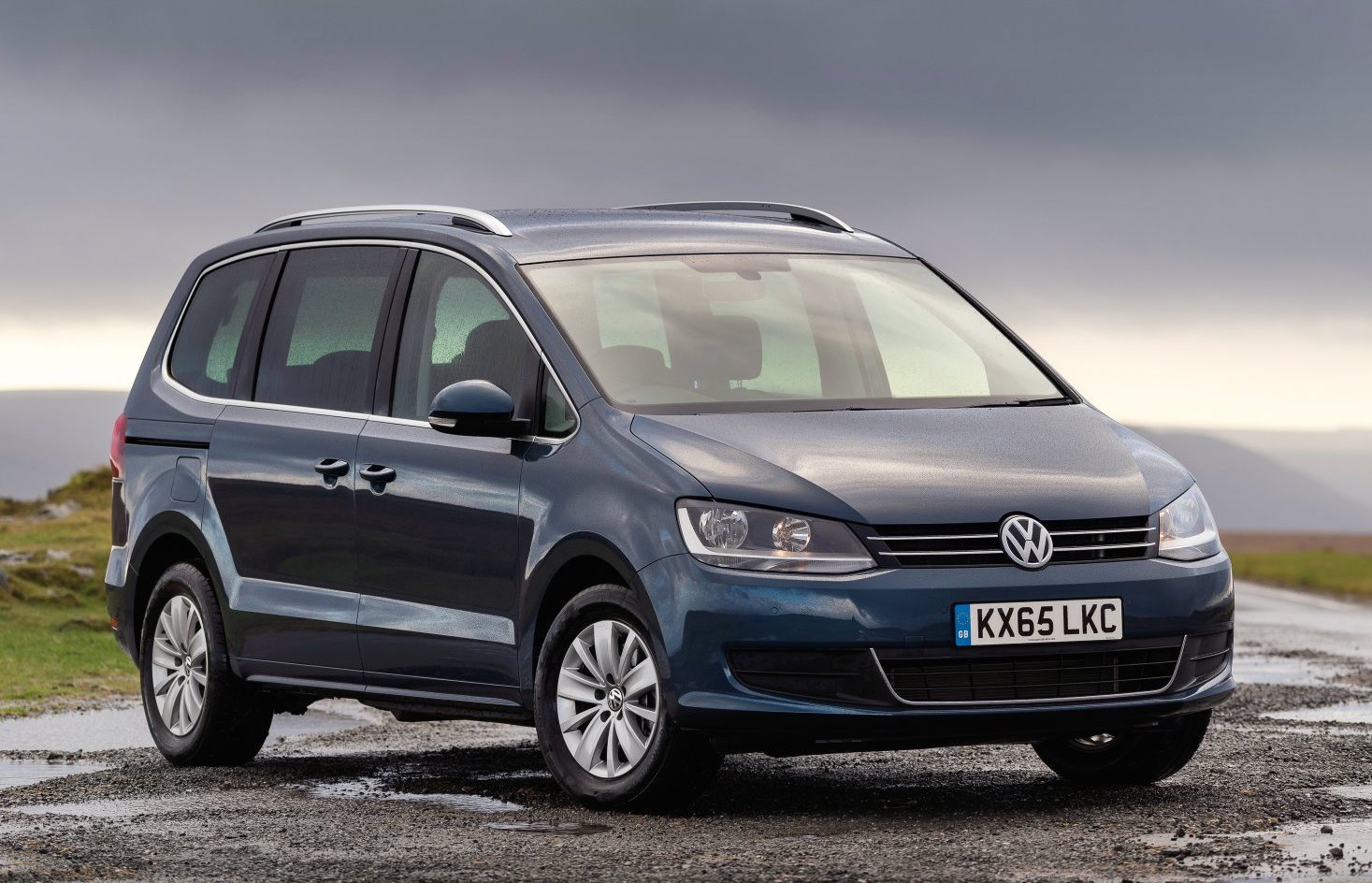 The current engine line-up for the VW Sharan in the UK consists of one TSI petrol unit and three TDI diesels, ranging in power from 115 to 184 PS. All are EU6 compliant, have BlueMotion technical modifications, stop/start and battery regeneration system.

The single TSI petrol engine on offer is the VW group’s trusty 1.4-litre with 150PS/250Nm. It may sound small but it punches above its weight and is a worthy match for the Sharan, taking it from 0-62mph in a respectable 9.9 seconds.

The TDI turbodiesel engines are all 2.0-litre units, available in three states of tune – 115PS/280Nm, 150PS/340Nm and 184PS/380Nm. The mid-range 150PS as tested is a personal choice as it offers a good balance between the performance you need to haul a full carload of people and luggage around and the efficiency you want to keep your running costs down. It’ll do 0-62mph in 10.3 seconds and hit a top speed of 124mph.

Depending on your choice of engine and trim grade, transmissions comprise of either a six-speed manual gearbox or the award-winning six-speed DSG automatic. All engines drive the front wheels and there are no AWD options.

There are seven airbags as standard, but SE models and above get a front collision warning with pedestrian detection and autonomous emergency braking, and there’s a rear-view camera that’s standard on SE and above and optional on S models.

There are options for a blind spot monitor, radar-guided cruise control, a parking assistant that can deal with nose-in parking as well as parallel spaces, and a post-collision braking system that keeps the brakes on after a crash and which can reduce the severity of a secondary impact. All models get electronic child locks and a tyre pressure monitoring system. 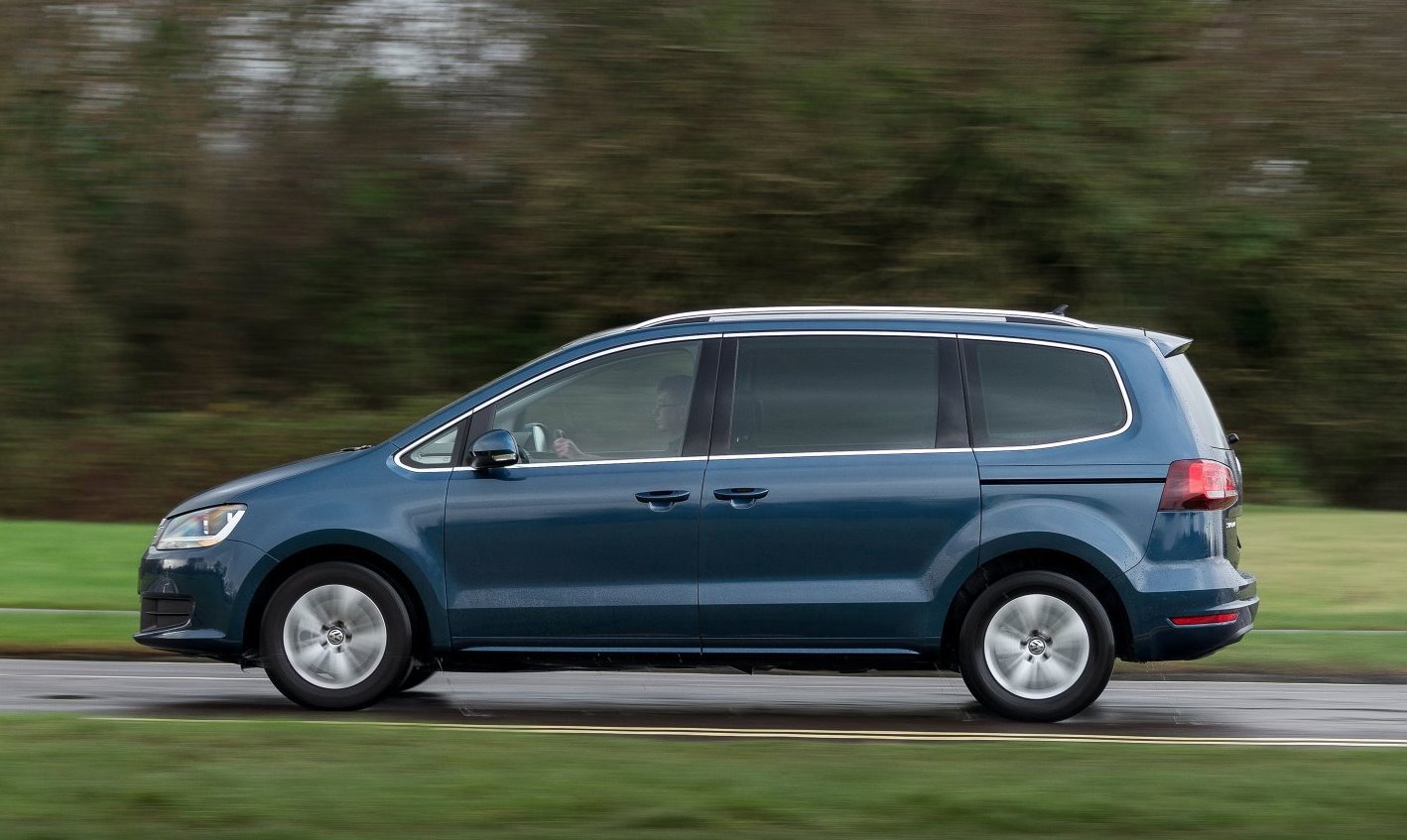 The VW Sharan is based on the same underpinnings as several other models in the Volkswagen range, so although it’s a lengthy, tall car with seating for seven, it feels lighter and more agile than you might expect. The steering has a reassuring weight to it and there isn’t an excessive amount of body when you go around corners.

As a family shifter, the Sharan is not the kind of vehicle that you’d want to rush and is not the choice of the committed driver. Carry too much speed into a bend and understeer rears its ugly head a little earlier than you would expect. The steering, too, is a touch vague at the dead-ahead on the motorway, although it weights up well off centre when driven sensibly.

Another one to consider from the options list is VW’s adaptive Dynamic Chassis Control which individually adjusts the dampers at each wheel to give better body control yet improves ride comfort. The system works well and also offers drivers the option to override the Normal setting with a Sport or Comfort mode. If maximum cabin space and the ability to fit full-size adults into the third row of seats is an over-riding priority, then the Volkswagen Sharan still has few peers. Those sliding side doors show their worth in tight car parks and there’s no beating the Germanic quality of the cabin. That it’s not overly stylish and is perhaps bereft of spirited enthusiasm in the drive department will matter little to a family buyer.

Take a look at our latest Volkswagen Sharan lease deals