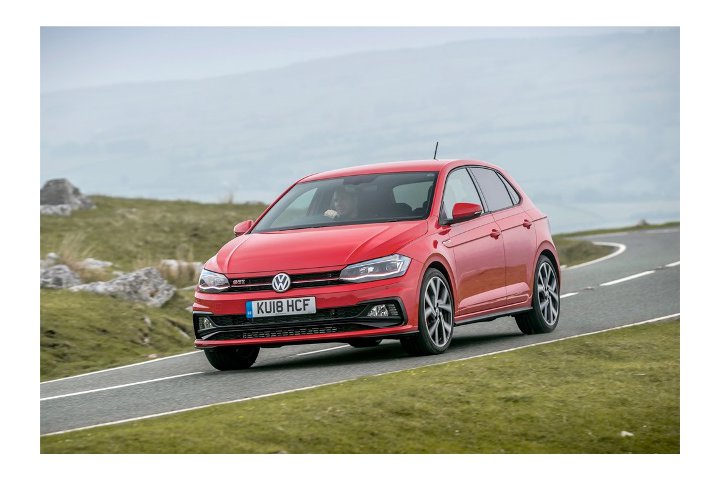 Amid muted celebrations, Volkswagen built its 150 millionth car last year. Lesser known is that nearly ten per cent of all those have been Polos, the first of which rolled off the Wolfsburg production lines in 1975.

The standard sixth generation VW Polo hatchback is totally new in every respect and is underpinned by the clever A0-MQB architecture specifically developed for the VW Group’s range of small cars. Undeniably, technical and developmental improvements to the new Polo have accessed all areas. 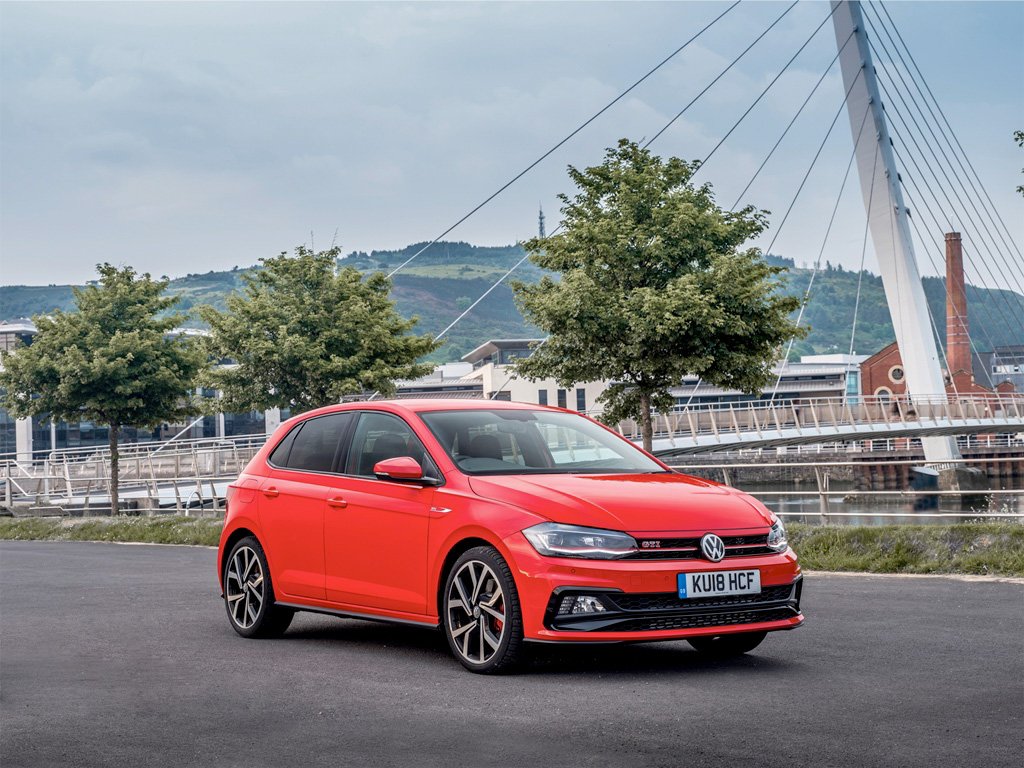 However, it is the quick, fourth-generation Polo GTi that hogs the Leasing Lounge limelight this week. Built alongside the ‘regular’ Polo at Volkswagen Group South Africa’s Uitenhage factory near Port Elizabeth, South Africa, the Polo GTi has spent too long in the shadow of its larger Golf GTi stablemate.

However, as the hot Polo slips into the middle of VW’s GTi performance car line-up, it gets to throw its own shade over the excellent and newly-introduced Up! GTi. 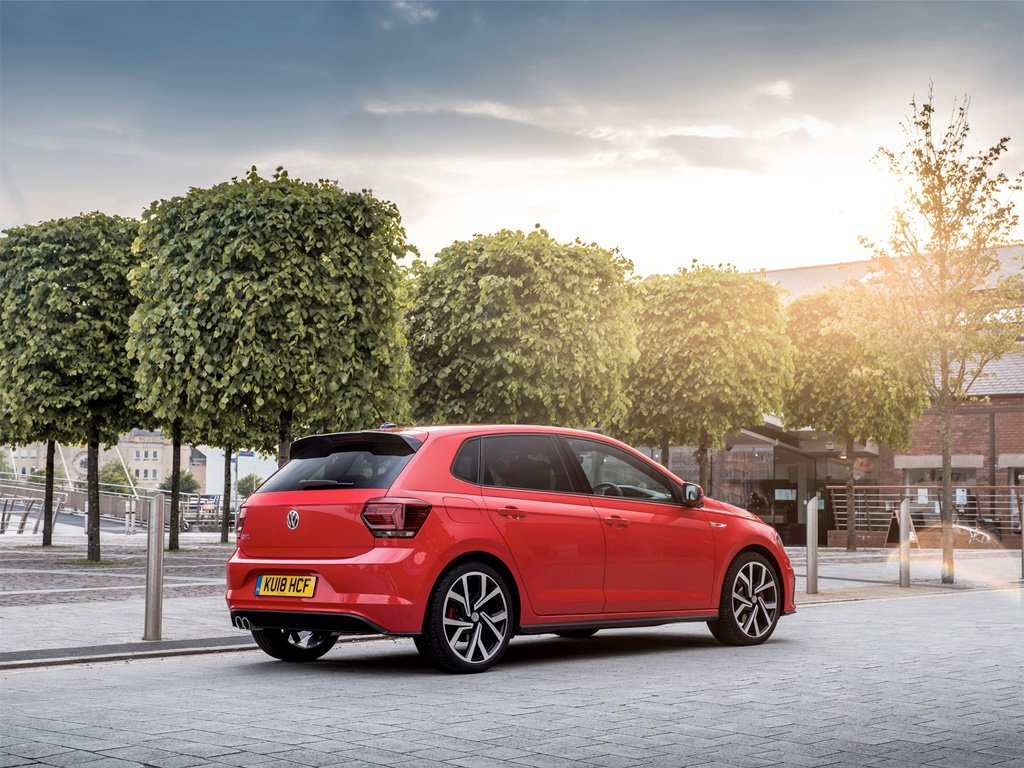 The GTi badge has perhaps more memorably adorned the sporty Volkswagen Golfs, but hot Polos have worn these three famous letters for more than two decades. The new Polo GTi retains that sophisticated look hinting that it’s not your common or garden variety Polo.

As you might expect, this generation Polo has grown in size to enhance safety and practicality. What’s more, this Polo GTi will only be offered as a five door hatch, which will make getting into the back much easier. 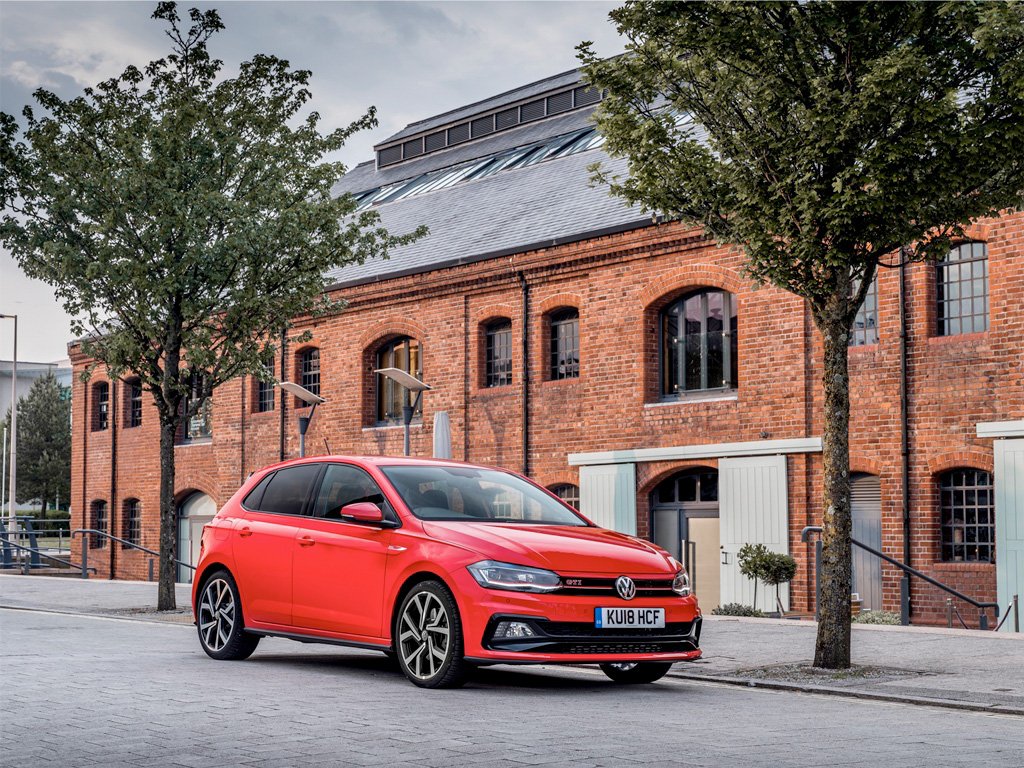 Aesthetically, the latest Polo GTi is the most overtly sporty yet, thanks in part to its miniature Golf GTi styling. There’s liberal use of red highlights on the brakes, badging and the iconic red line across the front bumper. Like the Golf, the Polo GTi’s headlights are also bespoke with that red pinstripe extending into the lighting unit itself.

Accentuating the Polo GTi’s bullish nature, VW has lowered the standard car by 15mm thanks to 38 per cent stiffer front and rear springs, as well as new fixed-rate dampers all round. 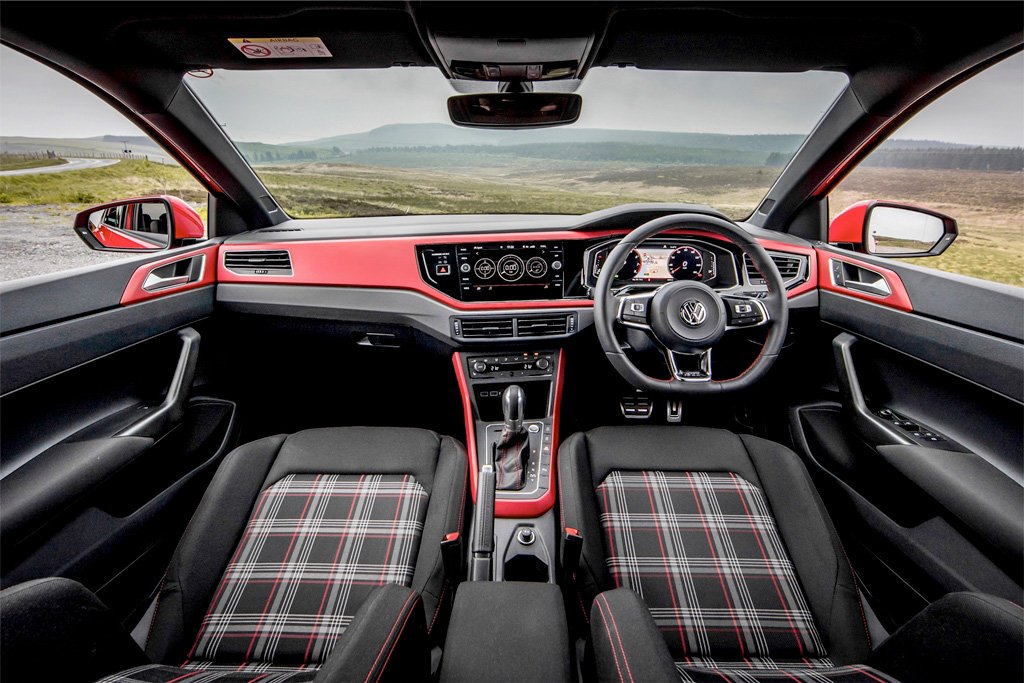 This new Polo GTi offers the classic tartan-like red and white chequered seats, red stitching on the flat bottomed steering wheel and metal trimmed pedals. Should you wish, you can spec red trim across the dash and on the central console (above)…but only if you wish.

The quality of fit and finish has improved measurably over the previous Polo GTi. Gone are the cheaper-feeling plastics on the door handles and centre console. Instead you now have what genuinely feels like a premium interior, but just in a small car package. 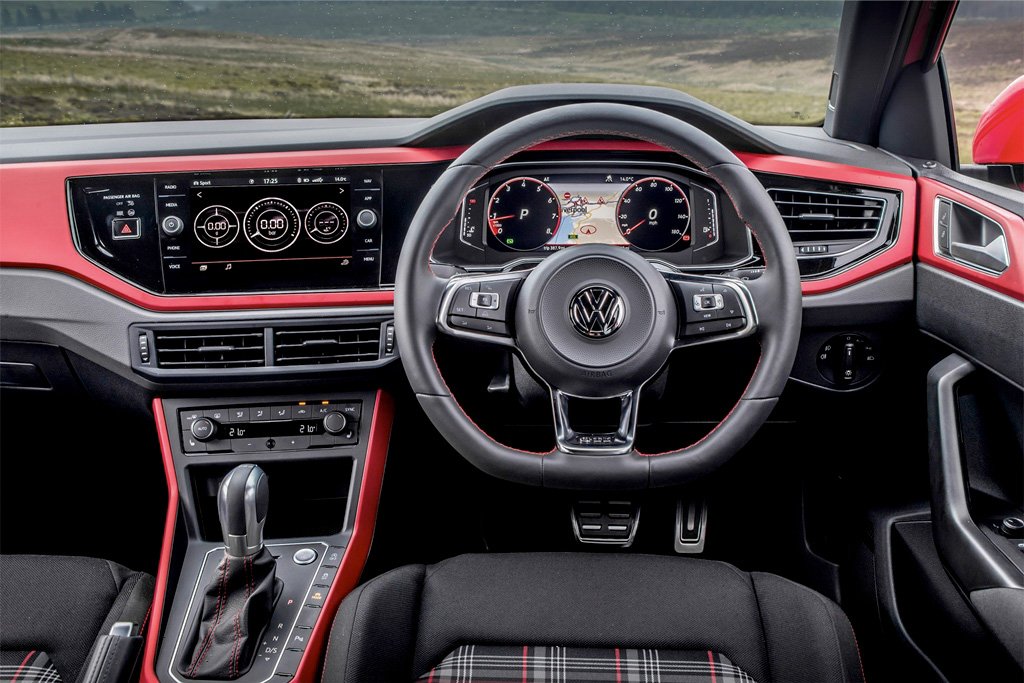 It gets all the key things right with a good driving position and lots of adjustment, so even the vertically gifted won't feel cramped. Being a car which delights in being driven enthusiastically, the sports seats could do with a little upper and lower side support. However, they are very comfortable for a small car which you'll begin to appreciate after a couple of hours behind the wheel. 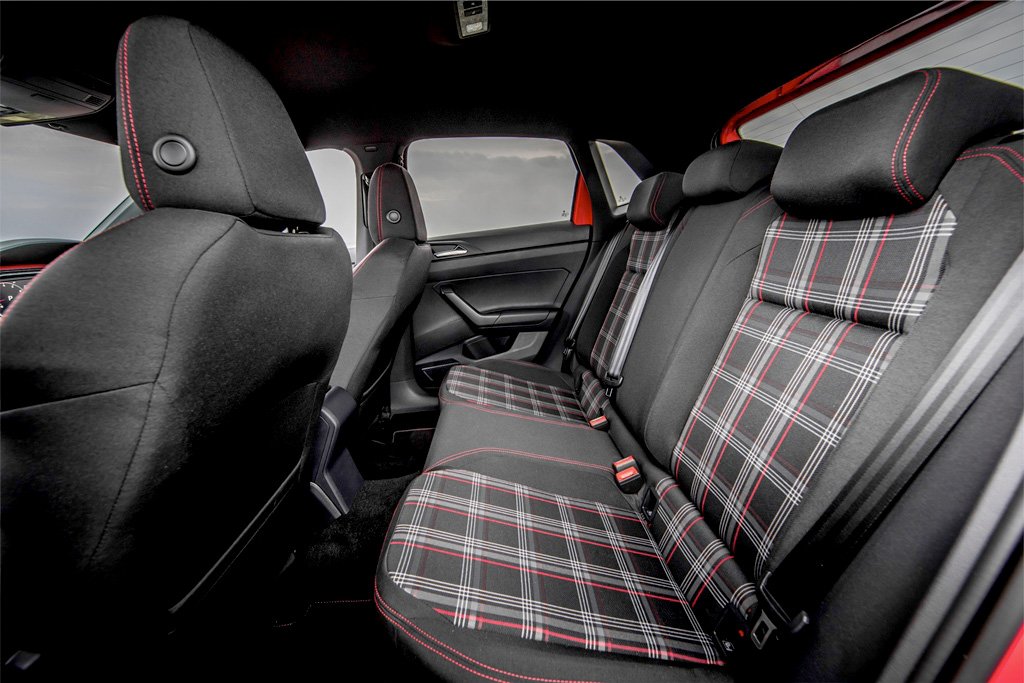 It's evident by the increased elbow and shoulder room that this new Polo has undergone a growth spurt compared to its predecessor. Rear passengers enjoy a bit extra in the way of legroom too, although it's as tight back there as you'd expect for larger adults. The boot of this Polo is also bigger with 351 litres of carrying space – a welcome increase of 70 litres. 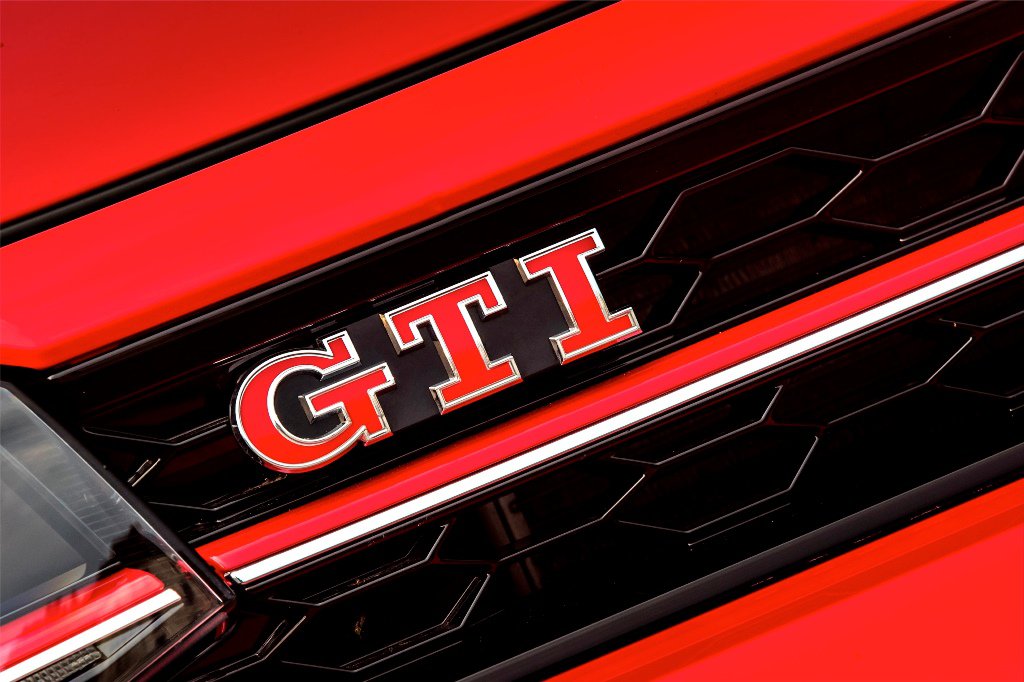 The heart of every Volkswagen GTi is, of course, its engine. In the case of the new Polo GTi and GTi+, that engine has grown. The previous 1.8-litre 190PS turbocharged engine has being ditched in favour of a stronger 200PS 2.0-litre TSI unit, which is essentially a de-tuned version of the 230PS power plant used in the Golf GTi Performance variant. 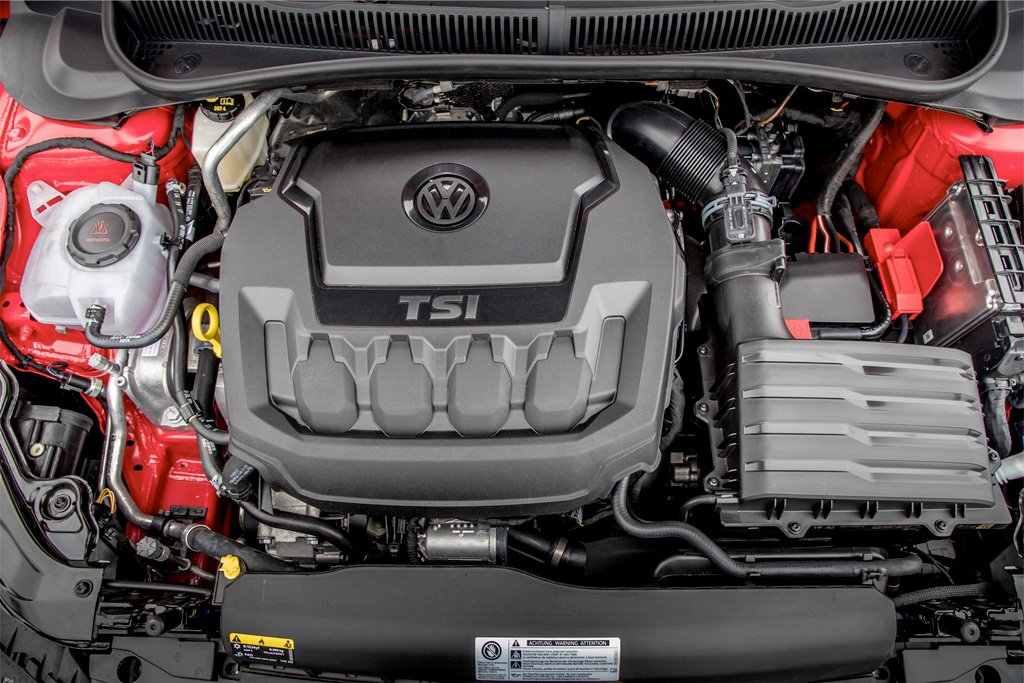 From there, power is delivered to the front wheels via a six-speed manual or a six-speed dual clutch DSG transmission. The mechanical spec delivers lowered and stiffened suspension springs, uprated anti-roll bars and upgraded passive dampers as standard, though you can order switchable 'sport select' adaptive suspension as an option.

Mechanical upgrades over the standard Polo include different front suspension knuckles, a stiffer torsion beam at the rear, revised suspension bushings and different axle geometries and roll centres. It all delivers a much more driver-centric hot hatch, which accentuates the additional thought and expenditure given to the Polo GTi's dynamics. 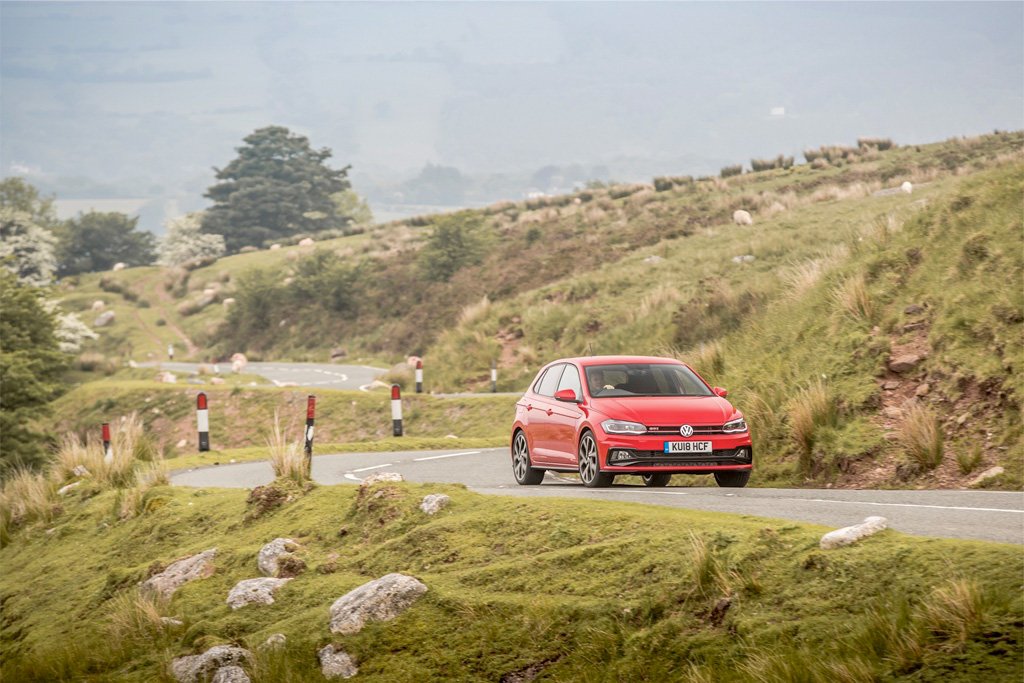 Safety is a major selling point, thanks to the regular Polo’s impressive five-star rating resulting from now much tougher Euro NCAP crash testing. Together with a 96% score for adult occupant protection, the Polo’s high rating was partly thanks to standard autonomous emergency braking with pedestrian detection, applying the brakes automatically if you fail to do so. For the first time on the VW Polo, blind-spot monitoring and rear cross-traffic alert are offered.

The Polo GTi’s 200PS places it on par for power output with the mark five Golf GTi from 2005. As the Polo tips the scales at around 1350kg, it delivers an impressive 0-62mph time on paper of 6.7 seconds with the six-speed DSG gearbox. Much of that is down to the 320Nm of torque which peaks from as low as 1500rpm. 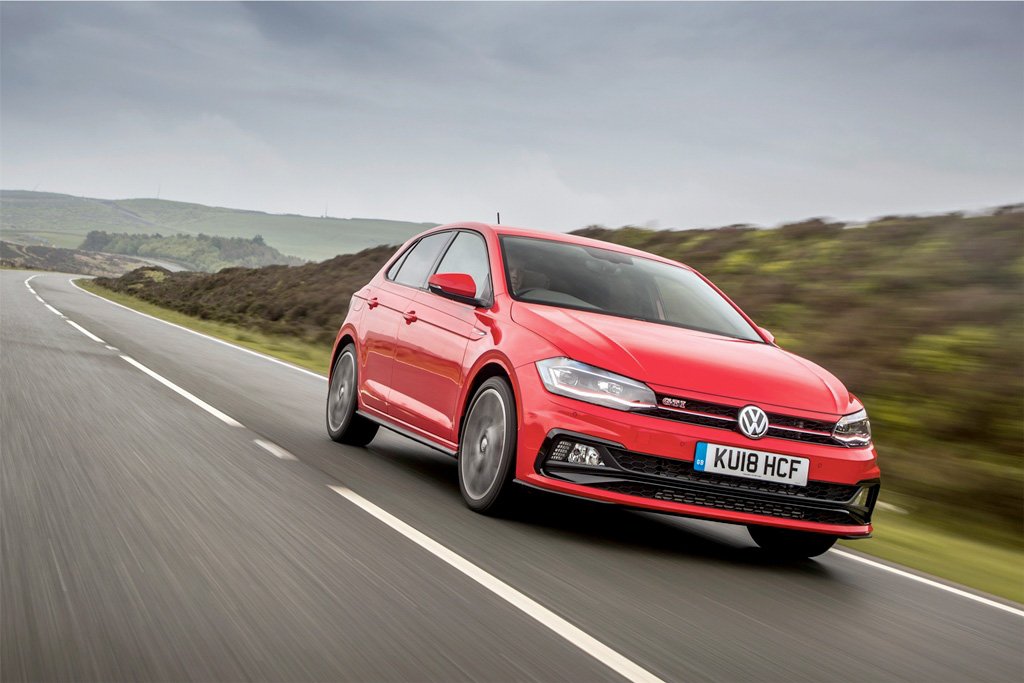 The Polo GTi is an easy car to drive quickly with lots of front end grip and, thanks to the XDS diff lock / torque vectoring system, it's tidy in corners. The XDS system brakes the inside wheel of the car in a corner and sends more power to the outside wheel. It also improves traction when pulling away from a slow corner and despite all its power (and there is plenty for its weight), the Polo GTi does a good job of transferring that 200PS to the road without scrabbling for grip.

Add in well-balanced and precise steering that doesn't feel overly assisted, and the Polo GTI is a very pleasant thing to drive with vigour, handling corners with minimal fuss. It even sounds quite good, especially if you put it into Sport, with a pleasant sonorous note from the exhaust. 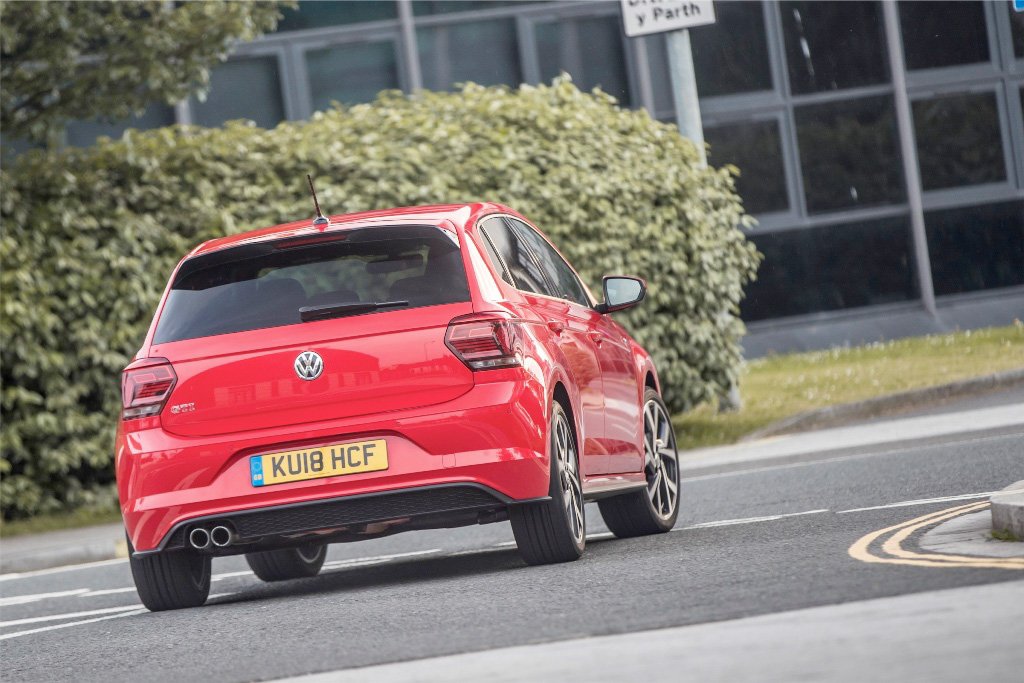 Despite the 15mm lower sports suspension it rides very well, even with the optional 18-inch alloys. Yes, it's firm due to its sporty nature, but not to the extent that it’s dentally-challenging (like some others). The dampers are set up to impressively insulate the cabin from knocks and vibrations when traversing potholes or overly crusty surfaces.

As you'd expect of a twin-clutch gearbox, the DSG provides very fast and smooth shifts, so you can either leave it in D or take control yourself using the steering wheel-mounted paddles. It's not truly manual, in that if you hit the red line it will change up for you, even if you're in Sport mode, but the changes are pretty instantaneous when you blip the paddle. 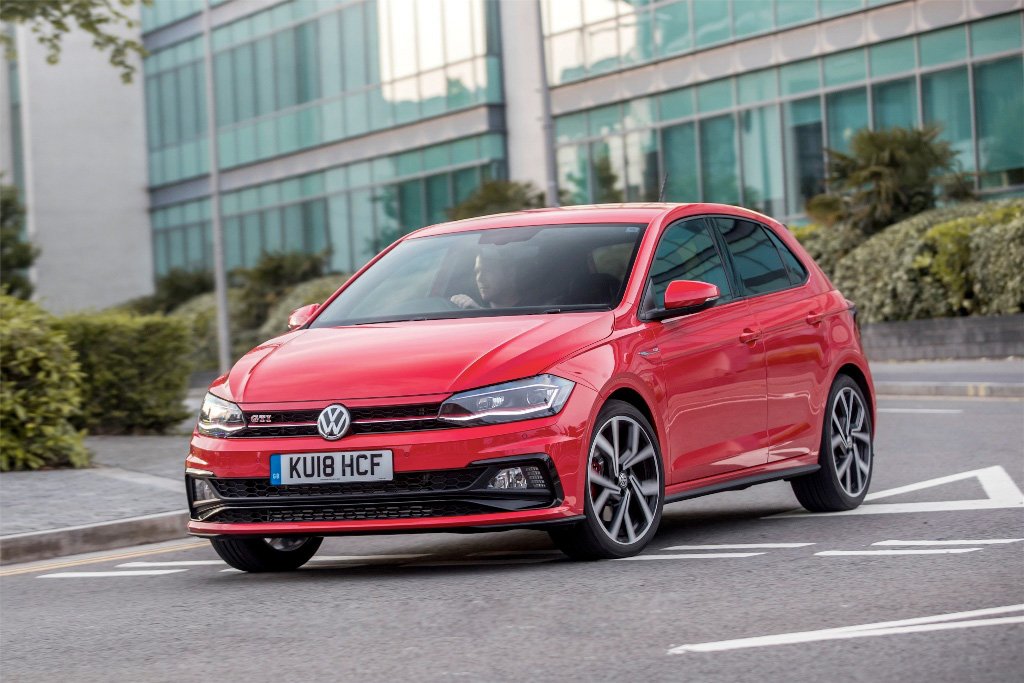 Thankfully, it doesn't suffer from hesitation at lower speeds either - for example when slowing for a roundabout and then demanding acceleration – a characteristic often found with the DSG automatic. There is also a six-speed manual available but I have yet to drive it.

Based on the regular and more sober Volkswagen Polo, the Polo GTi is a car that, while more than worthy of wearing the GTi badge – has not really blown the socks of its rivals for fear of impacting on sales of the more profitable Golf GTi. 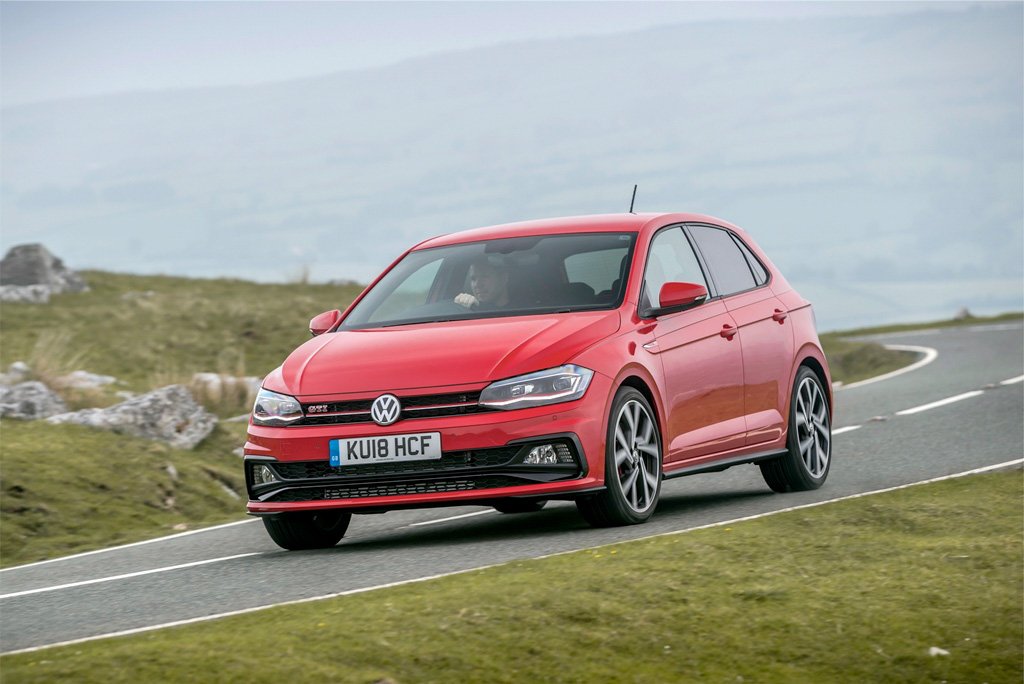 This new Polo GTi throws aside that notion and you can genuinely envelope yourself in its tactile charms. Sure, one could argue that rivals like the Ford Fiesta ST, the Peugeot 208 GTi, the Renault Clio RS200, the MINI Cooper S or even the new Suzuki Swift Sport could all put a bigger grin on your face through a twisting country road, but the new Polo GTi will get oh so close to them and offer a much better, more mature, more refined everyday proposition than those competitors.

A sure-fire consummate all-rounder in this class, the new Polo GTi is a very accomplished car, but alas, the Golf's legend is safe…at least for the time being.