With the Mk7.5 on run-out prior to the all-new Golf’s hopefully- (it’s been delayed a few times) imminent reveal later this year, the Volkswagen Golf GTI TCR special edition is the quickest Golf GTI you can buy. Its name is an ode to the FIA’s now globally popular Touring Car Racing motorsport formula. 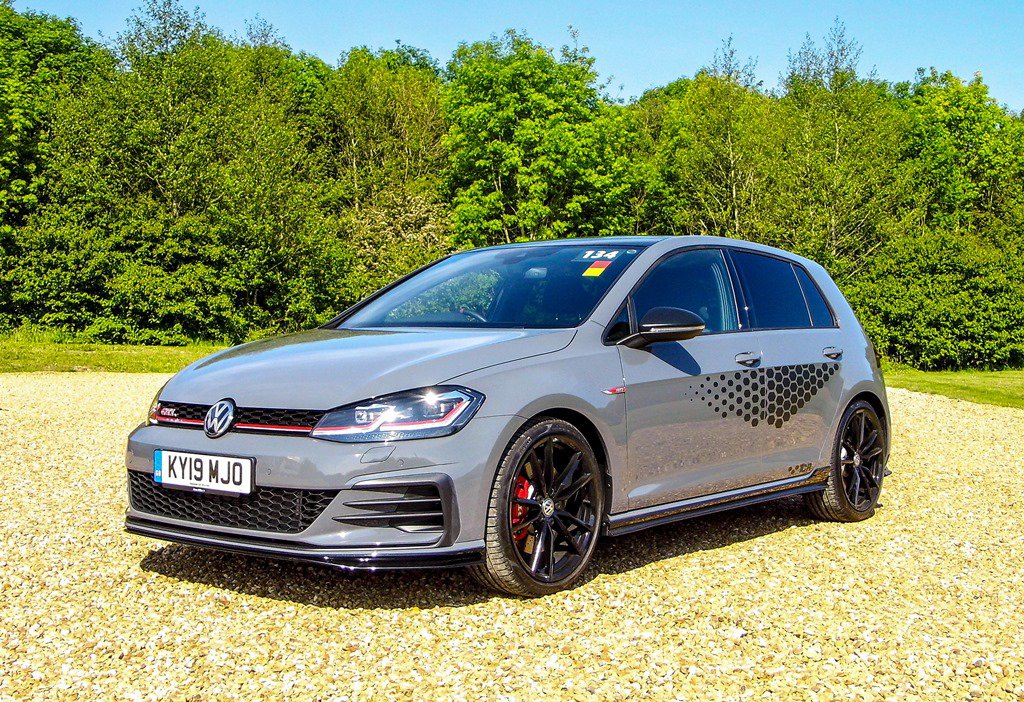 With the GTI TCR, power jumps to a peak 286hp and torque to a playful 380Nm, courtesy of a re-tweaked version of the 2017 GTI ClubSport Edition 40’s 2.0-litre turbo four pot. It’s been updated with new software management, given a couple of extra radiators and made WLTP-emissions compliant. 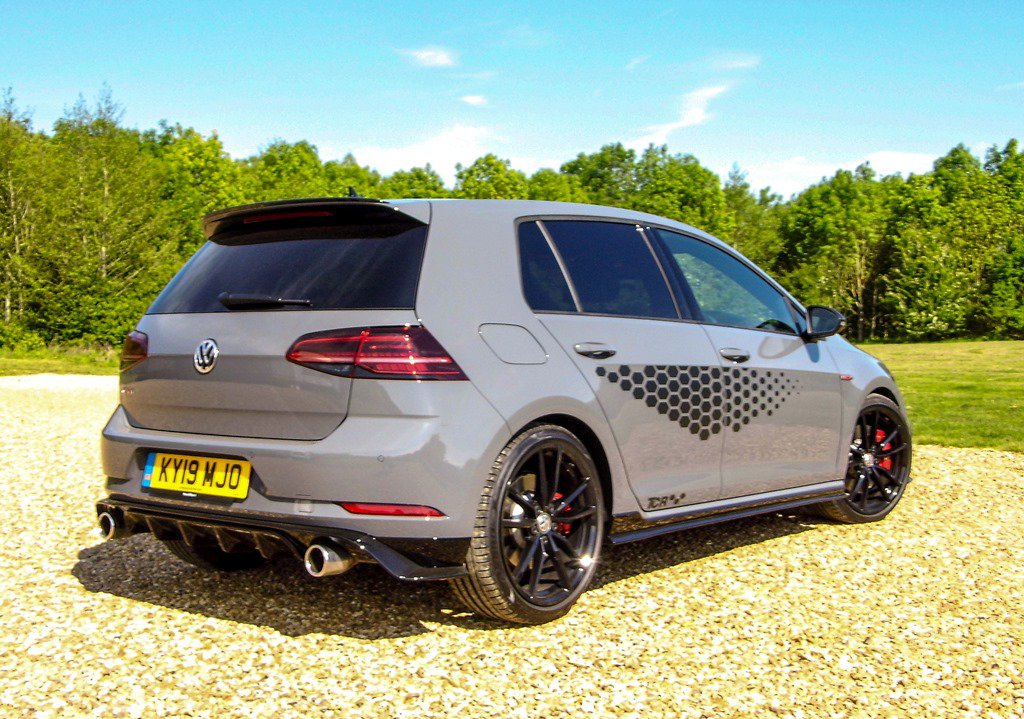 Sure, it’s less than the Golf R, but be aware that all that power is sent to just the TCR’s front wheels, unlike both axles of the Golf R.

However, unlike the pre-facelift GTI ClubSport 40, the GTI TCR is offered only with a DSG gearbox – and it uses the Mk7.5’s seven-speed twin-clutch transmission rather than the six-speed paddle-shifter from the ClubSport 40…and is all the better for it. 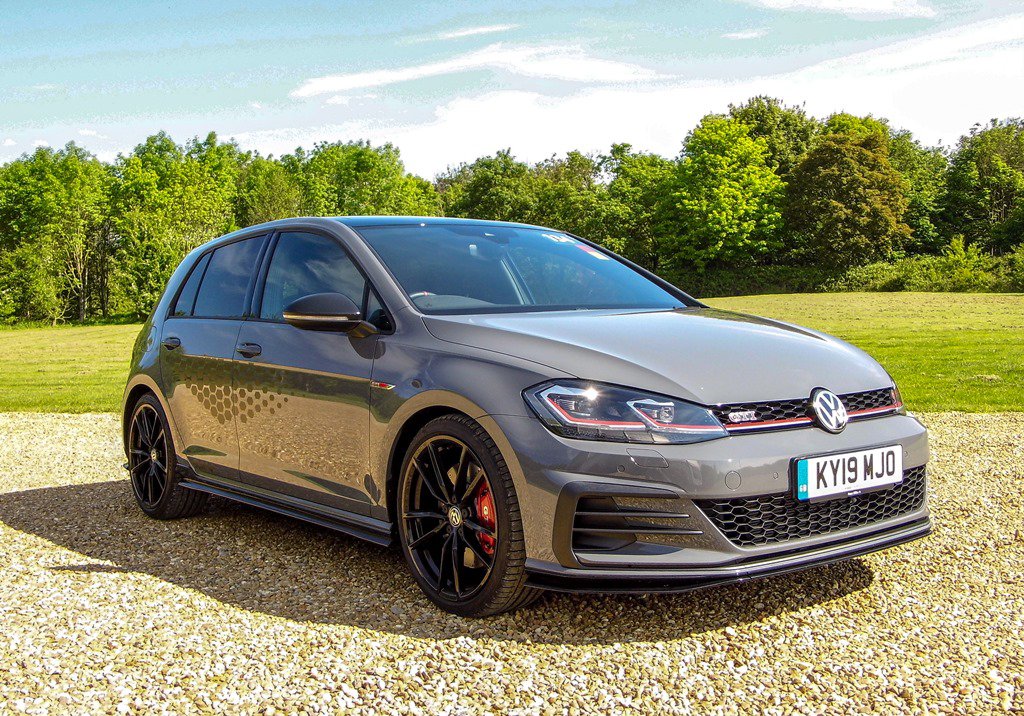 It’s all sounding good so far, but is the Golf GTI TCR a worthy swansong to the Mk7.5 Golf, or is Volkswagen flogging a thoroughbred horse that should have been set to pasture two years ago? We got hold of a decaled KY19 MJO and scrubbed off some rubber around the Millbrook Proving Ground in Bedfordshire to find out…

The Golf GTI has always been the understated hot hatch, leaving others to do the spoilers, wings and stickers. Not the TCR. 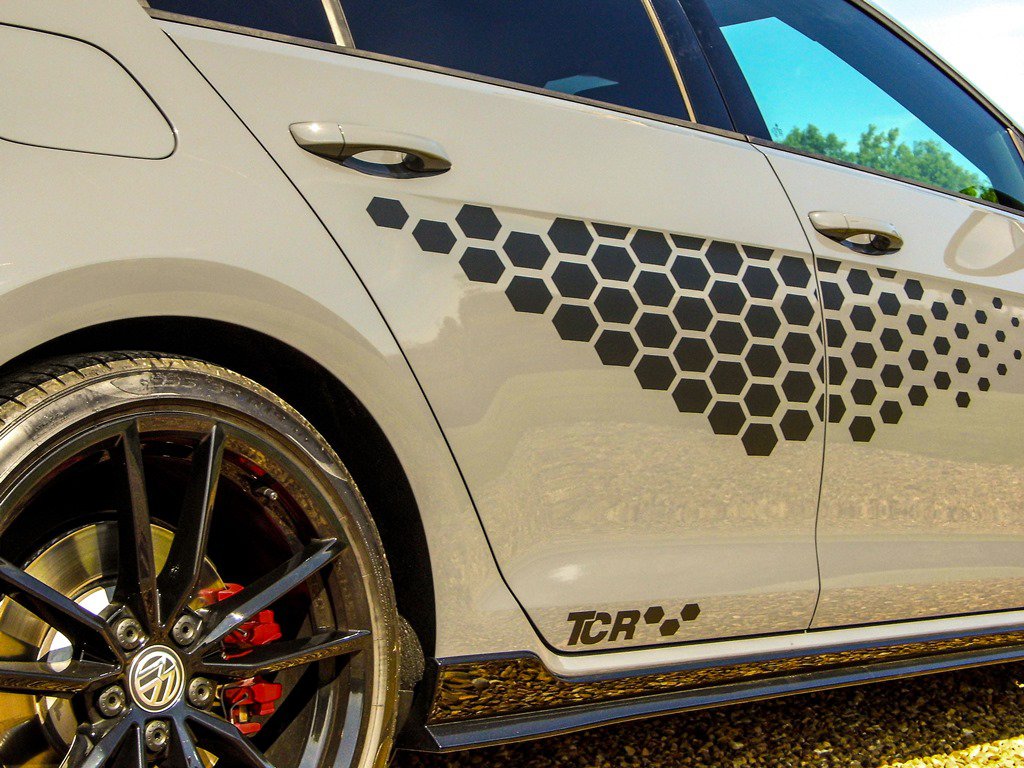 In front you get a gloss black splitter, with sill extensions along the flanks and at the rear a similarly glossy diffuser. But the most obvious addition is the optional sticker pack. It all looks quite snazzy and not too over the top.

Also, just in case you forgot that you've acquired a GTI TCR, you'll be reminded every night as you open the door and ‘GTI TCR’ is projected onto the ground.

If the stickers and aerodynamic add-ons are a bit flash for you, you'll be pleased at the restrained and very classy interior. The TCR gets a perforated, leather-wrapped, flat-bottomed steering wheel with a racing-style top centre marker that tells you the wheels are pointing straight ahead. 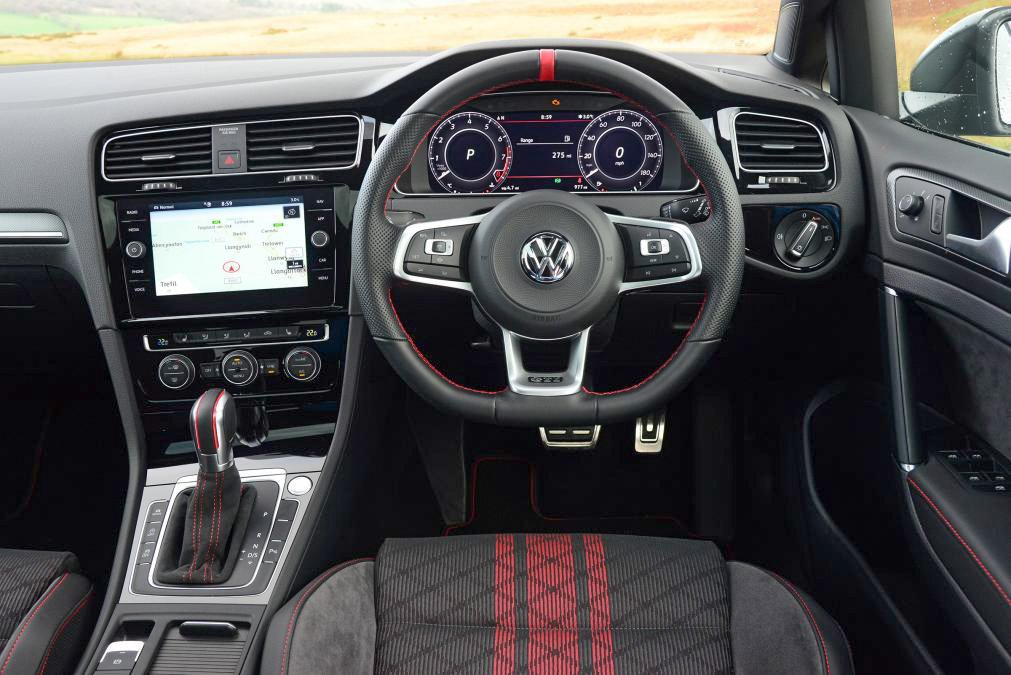 The car also gets its own bucket seats, trimmed in a tasteful take on the traditional GTI tartan design and with bolsters covered in the same soft grey microfibre that's used on the door panels and gear shifter.

On top of the expansive list of ‘standard’ GTI kit, the TCR brings 19-inch alloy wheels and extra sticky tyres that are likely to wear out rather quickly. In addition, the 155mph speed limiter has been disengaged so you can blow off a regular Golf GTI along the autobahn at its 164mph maximum speed. 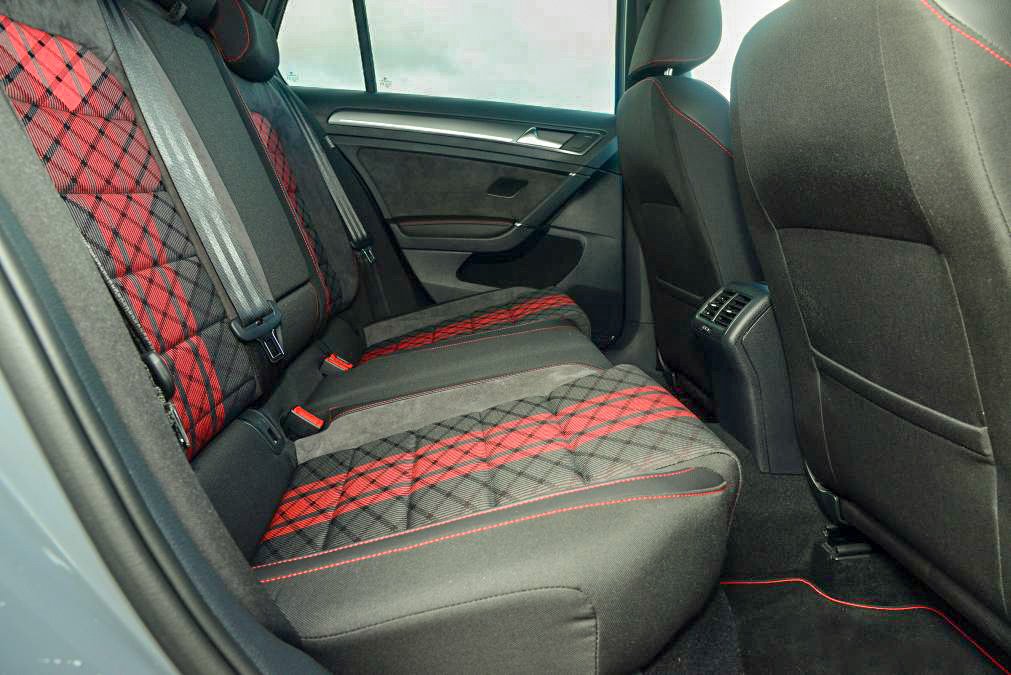 The test car was fitted with the TCR Performance Pack, the most notable feature of which is a chassis that's lowered by 20mm and Dynamic Chassis Control which gives you the choice of Sport, Comfort and Normal for the dampers, throttle, steering and gearbox tuning. 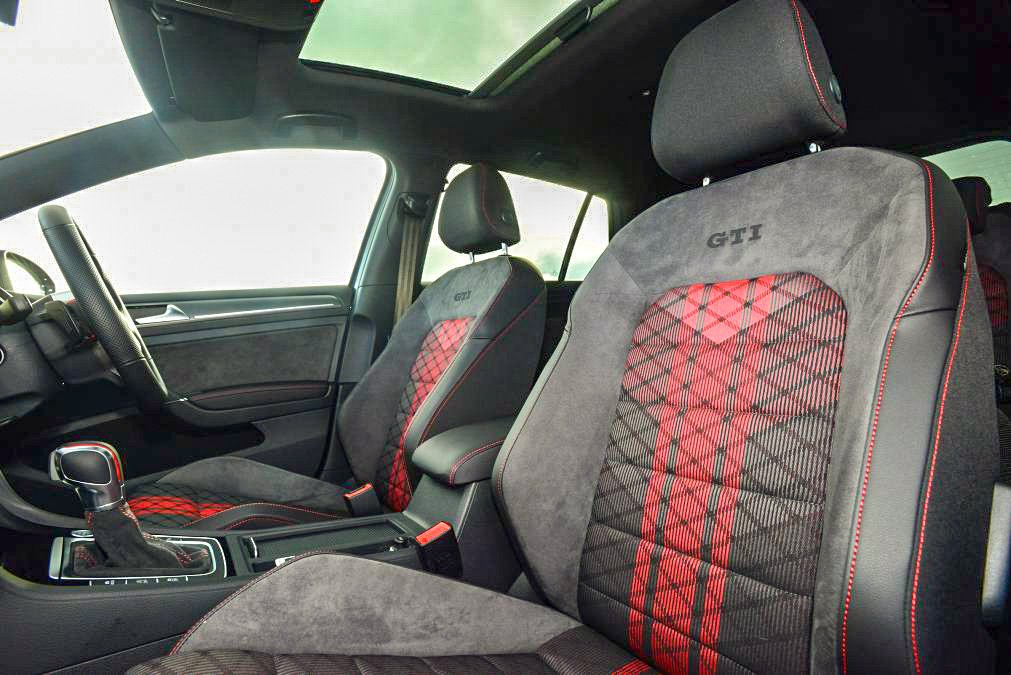 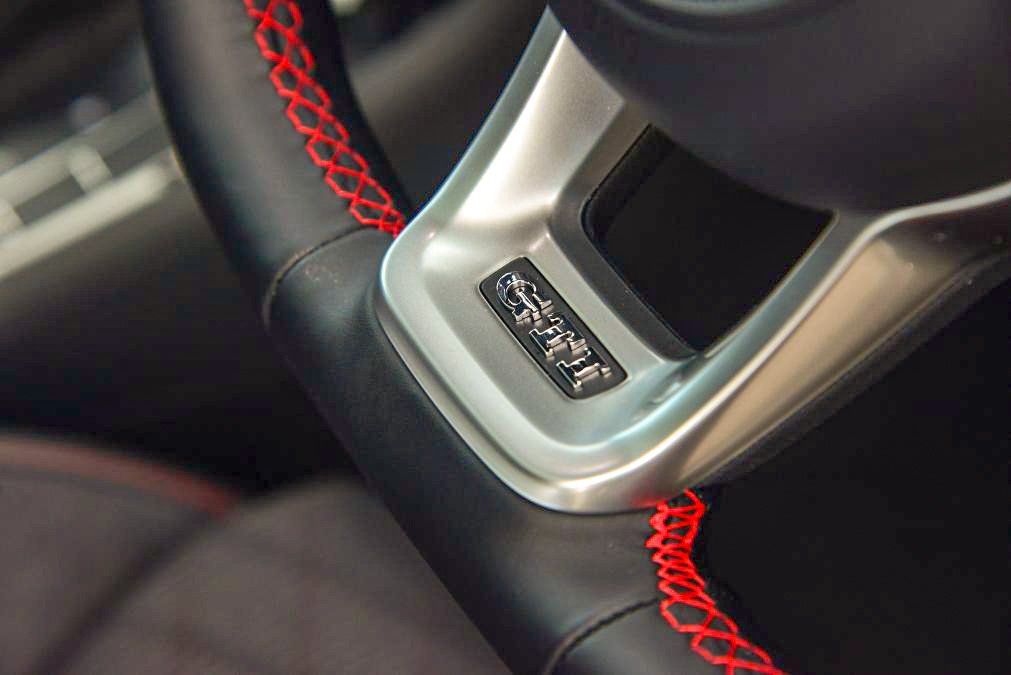 The power from the 2.0-litre turbocharged four-pot is simply blistering, hammering all of those horses and Newton’s straight to the road to create a truly exhilarating experience when putting the hammer down. Plus, it sounds absolutely wonderful, too. 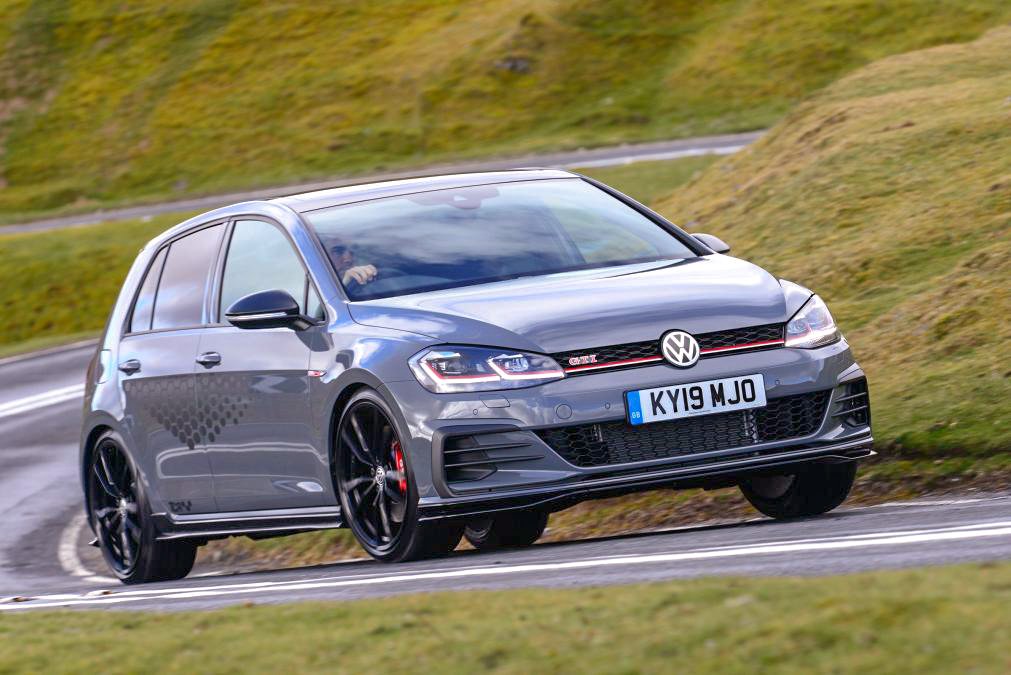 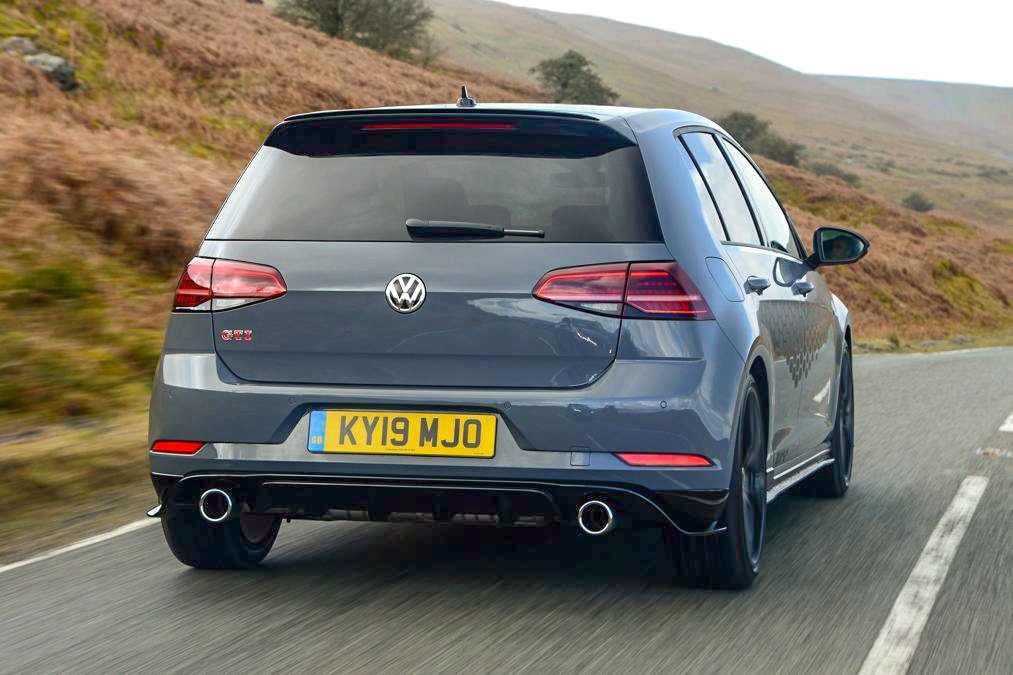 In addition to its incredible engine, an uprated chassis really brings the TCR alive. Chunkier Bridgestone tyres work together with a front differential to keep torque steer well under control to give the car the ability to fiercely attack any B-road in its path. The grip feels endless with the edge further away than your manly bits are prepared to go, though admittedly it’s not quite as responsive as rivals like the aforementioned Honda Civic Type-R.

Noticeable about the TCR is that its performance is delivered with care. This is not a widow-making chuck-it-around hooning machine à la Civic Type-R. Rather, with its rapid speed comes controlled precision, which can be as rewarding as a proper powered apex when you get it right. 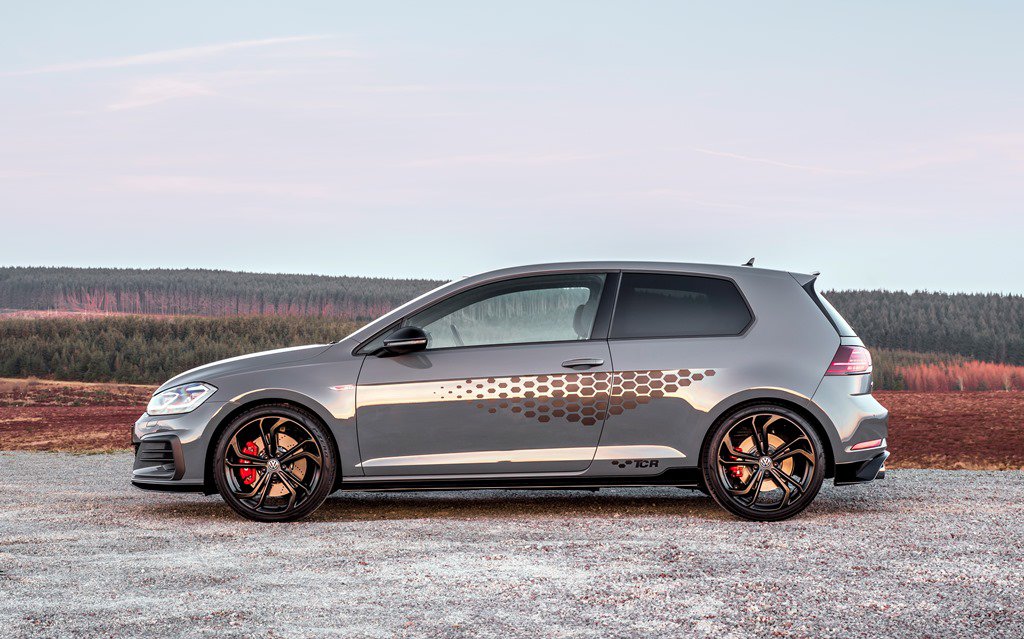 Volkswagen's problem isn't that the TCR isn't any good, because make no mistake it’s fairly brilliant. It’s just that the regular Golf GTI gives you everything you want from a high performance hatchback for less monthly money...sharp handling, a comfortable ride and more than adequate performance.

The lifelong GTI fan, the member of the GTI owners club and the proud wearer of a GTI T-Shirt will no doubt be a target audience for the GTI TCR, but there’s every chance those peeps might not find the TCR special enough.

And that’ll be a shame, because the refined, grown up nature of the TCR holds strong appeal in that it takes all what is good about the GTI Performance – and there is plenty – and builds on it even more.

Browse our top leasing deals on the all-new Volkswagen Golf GTI, or call to discuss a great leasing deal on the Golf GTI TCR. 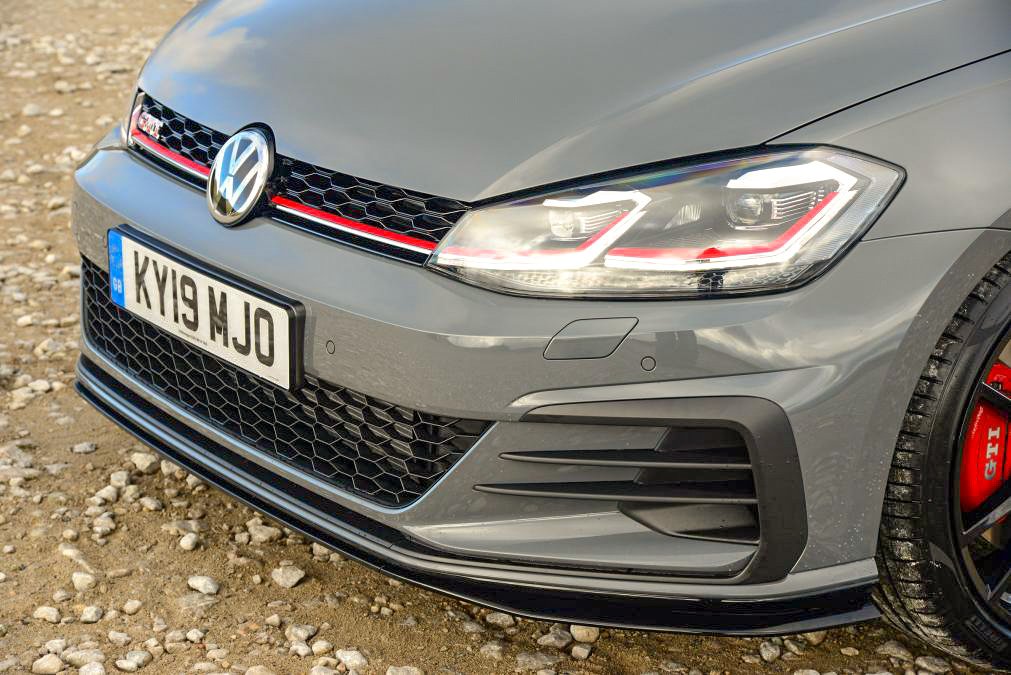