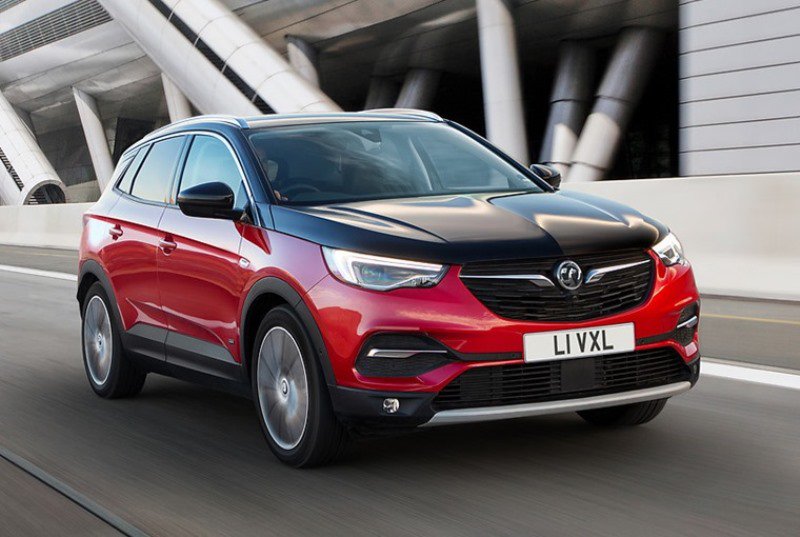 The Vauxhall Grandland X Hybrid (2WD) and Hybrid4 (AWD) are the plug-in hybrid versions of the Grandland X, a mid-sized SUV introduced in 2017 as a replacement for the Antara. One of the first models launched by Vauxhall following its takeover by the French PSA Group (Peugeot, Citroen, DS, Opel), the Grandland X Hybrid4 shares its EMP2 chassis and other components with the Peugeot 3008, which also features a PHEV variant. 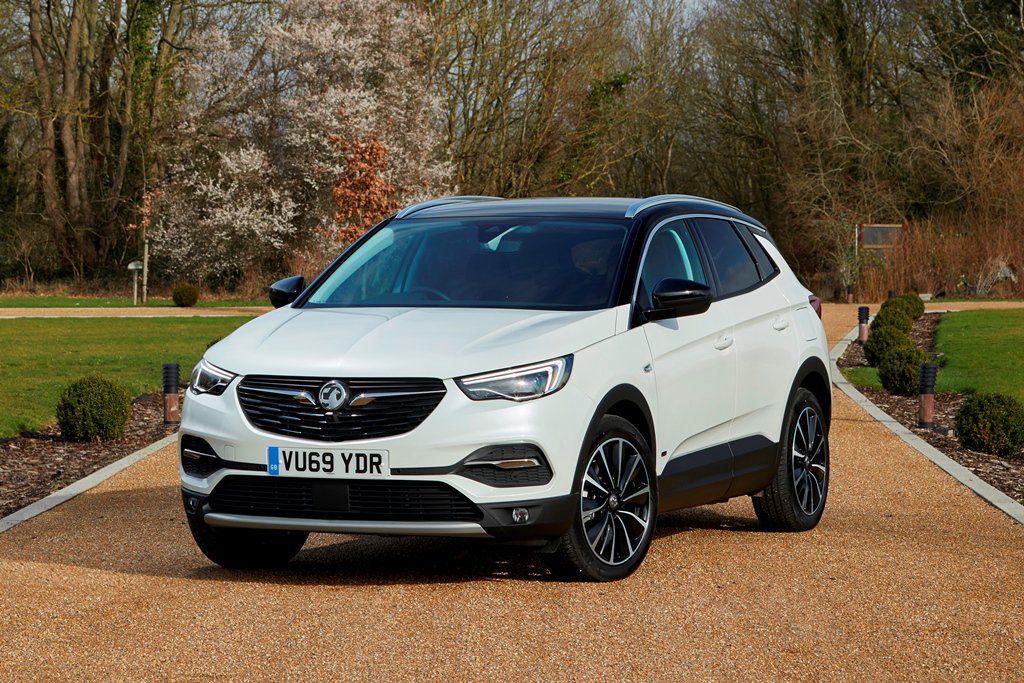 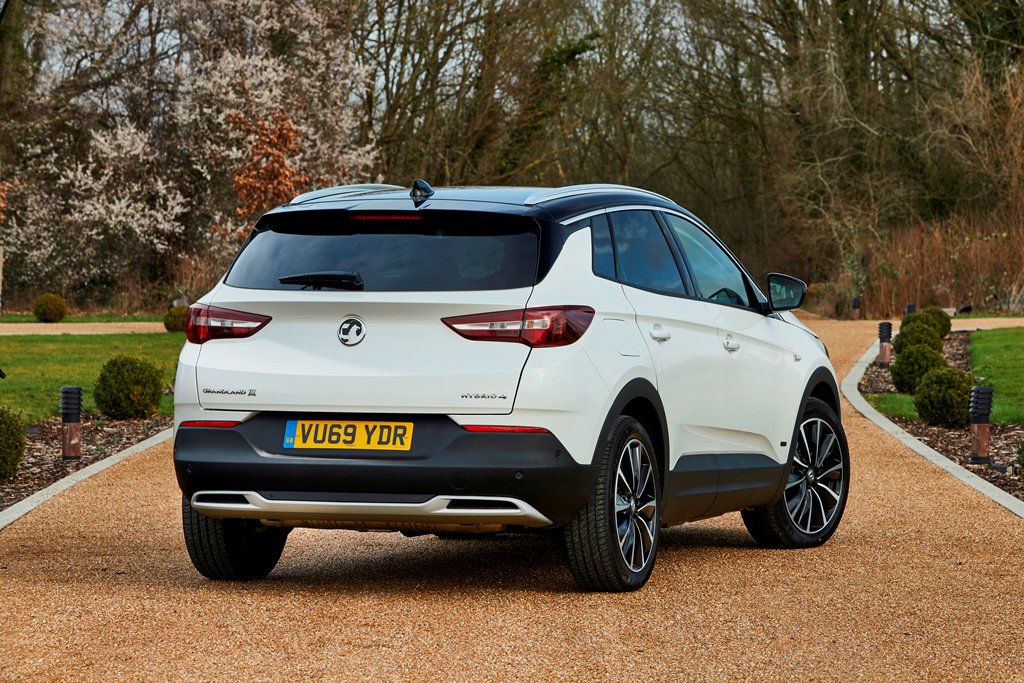 Here, we take a closer look at the Hybrid4 driven at its UK media launch at the end of February.

Inside, there is little change from the regular Grandland X apart from a few PHEV-oriented inclusions in the infotainment screen and instrument cluster in front of the driver. 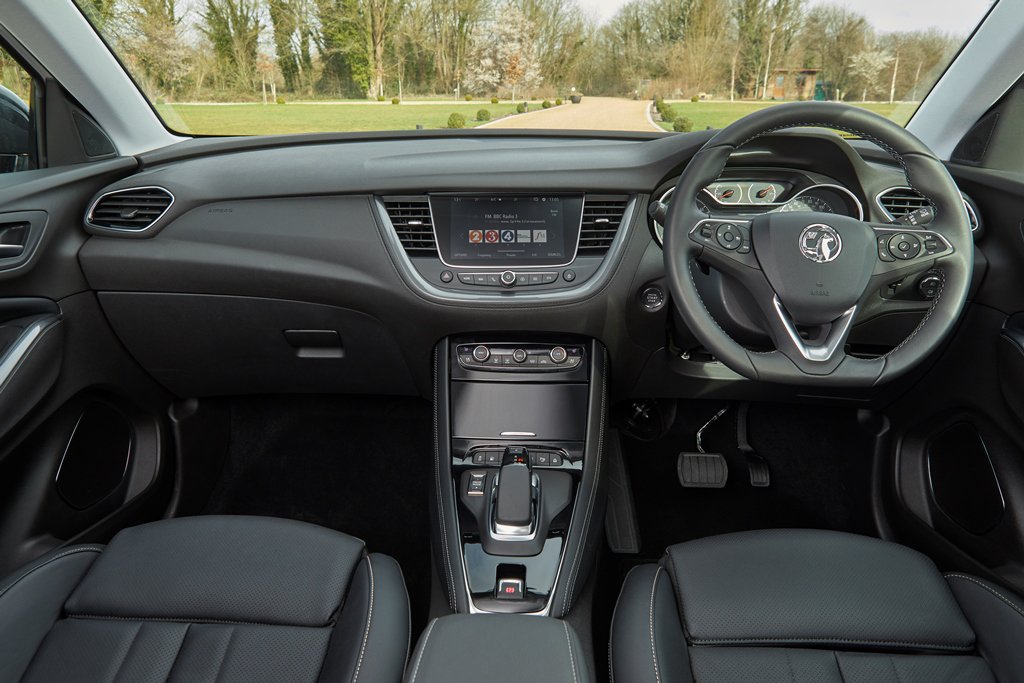 As this is the brand's flagship SUV, you get a high driving position, a good view out, an appealingly imposing stance and sufficiently desirable looks to match the competition. The Grandland X’s dashboard design will be familiar to anyone who’s sat in the latest Insignia or Astra, so it’s a plainly styled – if well-built and ergonomically sound – place to spend some lengthy road-time. 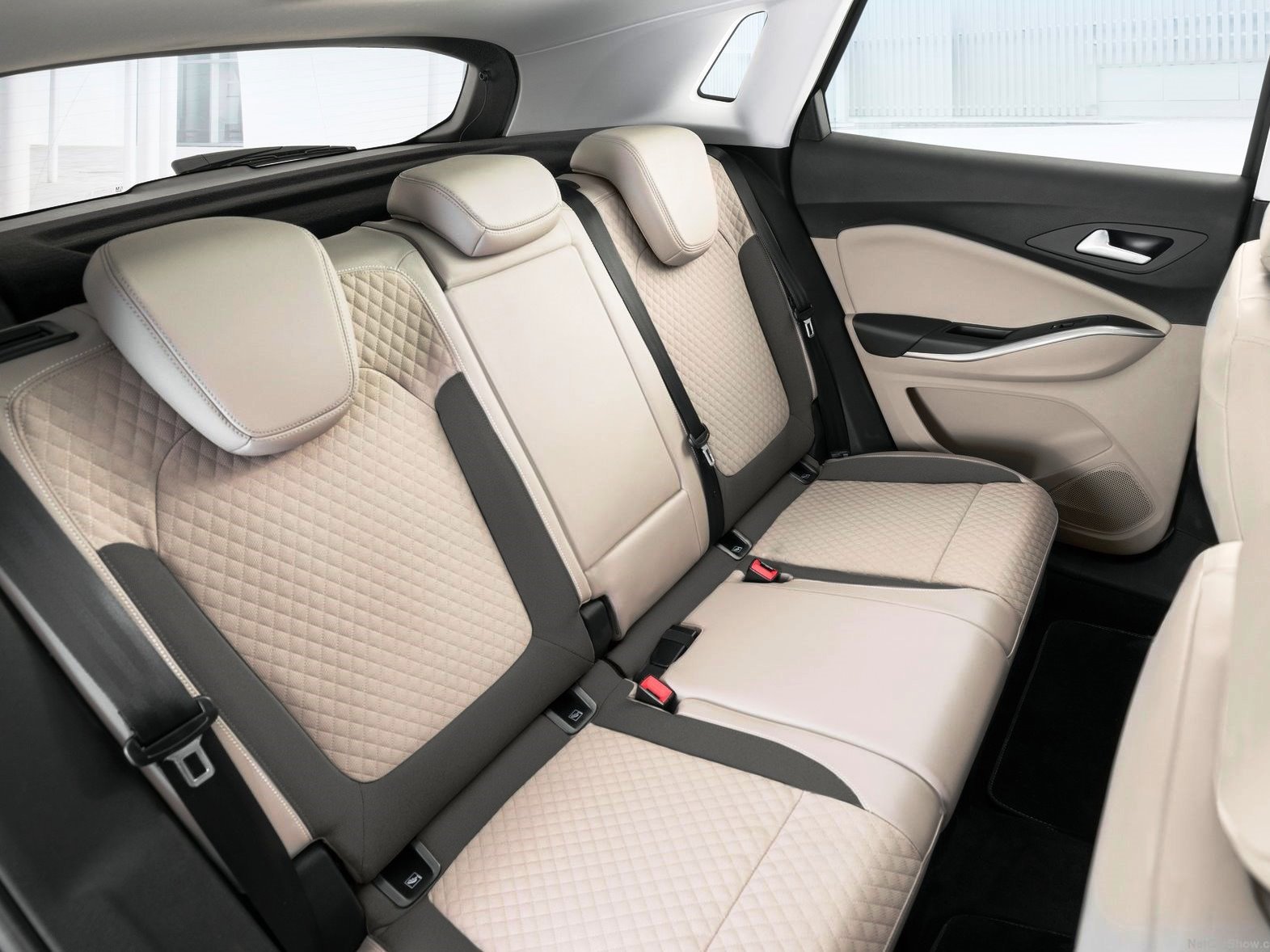 The Vauxhall Grandland X is a thoroughly sensible car. Sure, some rivals are perhaps more glamorous, but once the showroom experience is over and you’re making yet another trip to your local recycling centre or collecting an aunt twice-removed from the bus station, it will dawn on you why you chose the Vauxhall.

There are two generously sized cup-holders next to the central armrest, a wireless charging spot for your phone in the central cubby, a reasonable glovebox, decent door bins and a pleasant sense of space. And while the front seats don’t provide a huge amount of lateral support, you’re unlikely to notice this unless you’re cornering hard – which is not the Grandland X’s raison d'être. 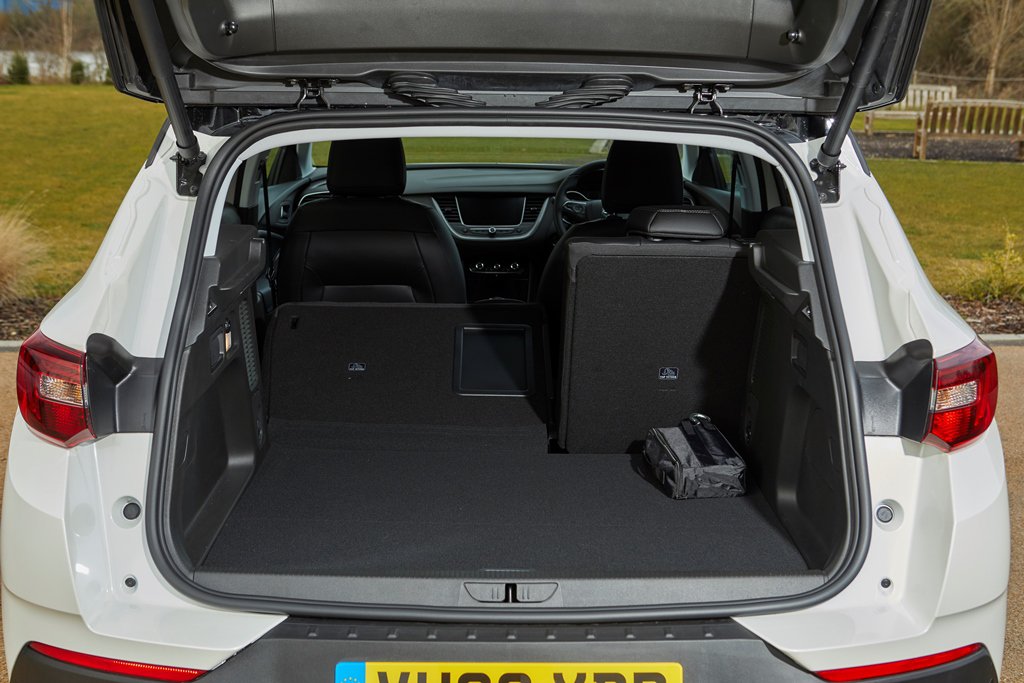 Space in the rear is worthy of special mention with excellent leg, head and shoulder room. However, boot space of 380 litres in the Hybrid4 is much less than the 514 litres in the regular Grandland X, but this is mainly down to the lack of an underfloor compartment, so it shouldn't be a big problem day-to-day. Fold the back seats down and space increases to 1,528 litres. 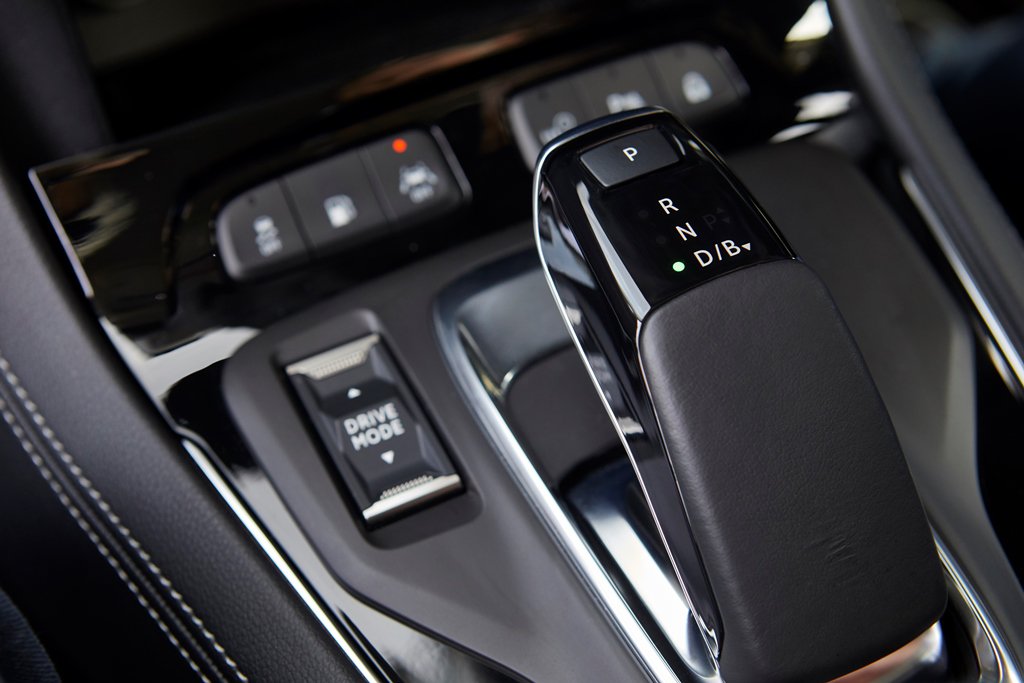 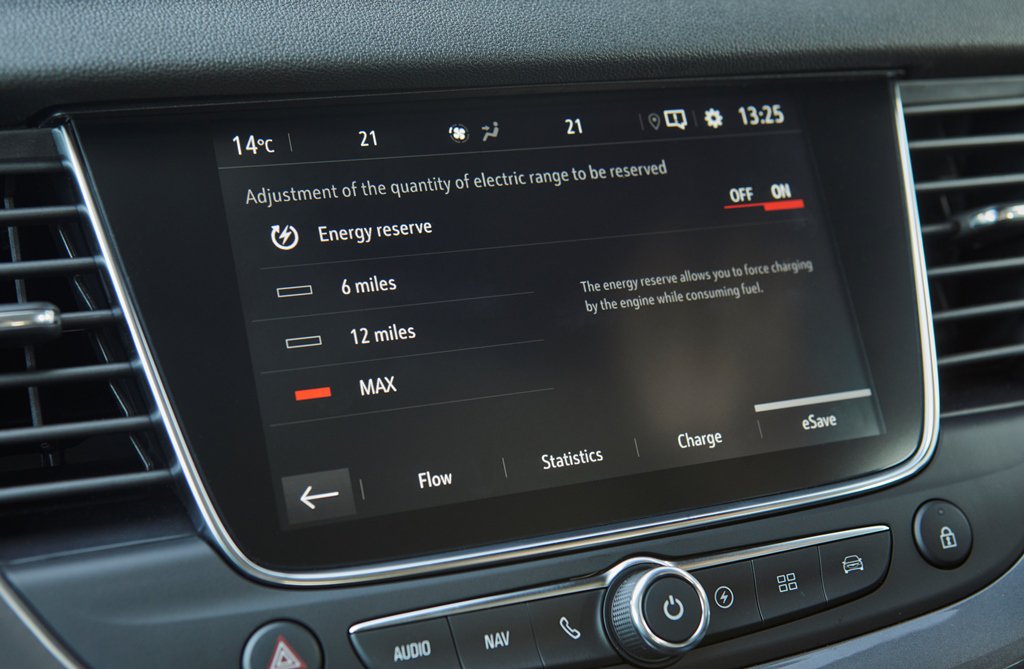 Combining a surprisingly punchy 197hp turbocharged 1.6-litre petrol engine and two electric motors (one for each axle), the all-wheel-drive Hybrid4 produces a muscular 296hp and 520Nm of torque in total and gets from 0-62mph in just 5.9 seconds, making it the quickest car Vauxhall currently sells. To put that in to perspective, that’s quicker than a Volkswagen Golf GTi. 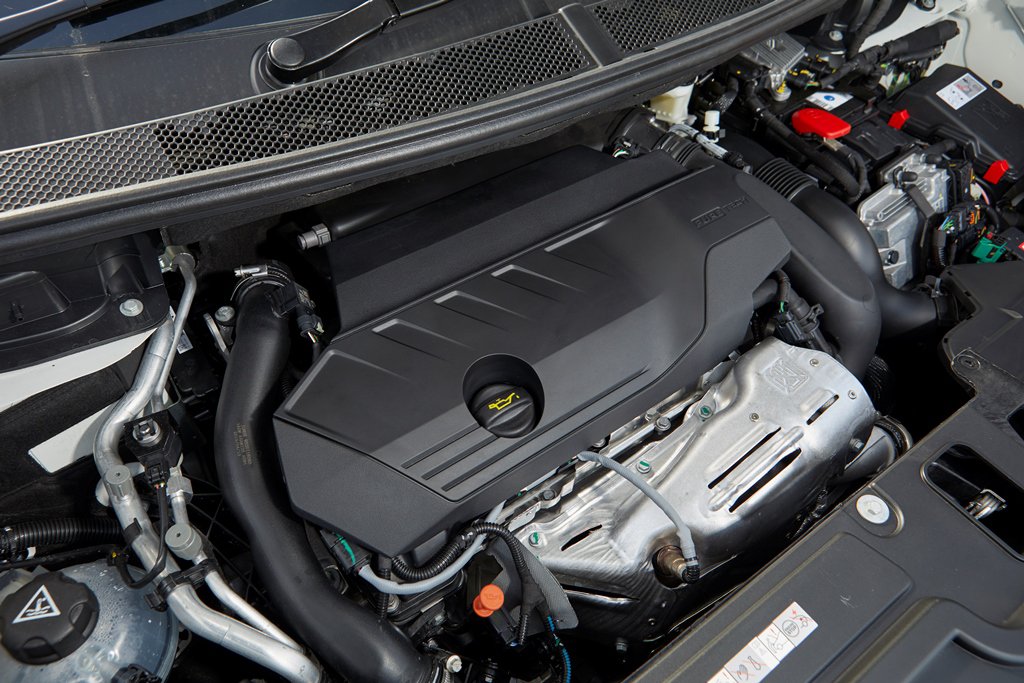 You can drive the Grandland X Hybrid4 in four pre-set driving modes. The Hybrid mode will automatically put the vehicle in its most efficient method of propulsion. For instance, it will switch to EV mode when reaching a city centre. There’s a Sport mode that enables more dynamic driving combining both the petrol engine and the electric motors. However, this mode won’t be as efficient as EV or Hybrid. Finally, there’s an AWD mode that activates the electrified rear axle for maximum traction.

You can also use the e-Save function to reserve battery power for six or 12 miles to ensure you can run in EV-only form in low emissions zones. When running solely on battery power, there’s a small blue light on the rear-view mirror that’s only visible from the outside to tell others you’re in zero emissions mode. Power is sent to both axles via a conventional eight-speed automatic gearbox and not one of those ghastly CVT noise-generators. The same powertrain is also used in the DS 7 Crossback E-Tense and the Peugeot 3008 Hybrid4.

It’s also the cleanest powertrain thanks to combined emissions of 34g/km for this model, with the front-drive-only version emitting 35g/km. On a WLTP-tested average fuel cycle, the Hybrid4 offers 204mpg, while the front-drive model gives 192mpg – but not if you deploy Sport mode with some degree of frequency.

Either way, they are impressive figures and bode well for keeping taxation at a manageable level and to help offset the rather optimistic RRP on-the-road pricing. The fully loaded Ultimate Nav version we tested tops out at more than £46,000, but the range-entry Business Edition Nav Premium comes in at £36,790.

Of course, leasing will be the primary method of funding your Grandland X Hybrid, which will make them significantly more cost-effective and affordable. 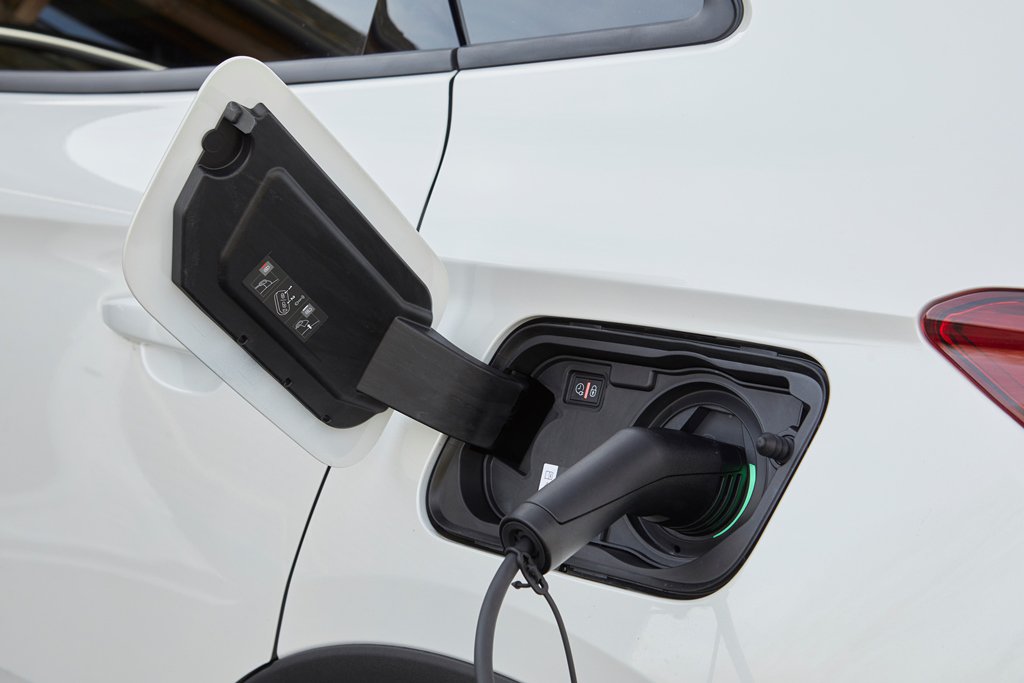 The Vauxhall Grandland X Hybrid4 isn't available with fast or rapid charging technology. As standard, the SUV comes with a 3.7kW on-board charger, while a 7.4kW version is available as an option.

Using the latter, Vauxhall says the Grandland X Hybrid4 will charge in ‘less than two hours’ from a home wallbox of the same speed. In addition, anyone leasing a new Grandland X Hybrid4 gets six months' free membership of the Polar Plus public charging network. 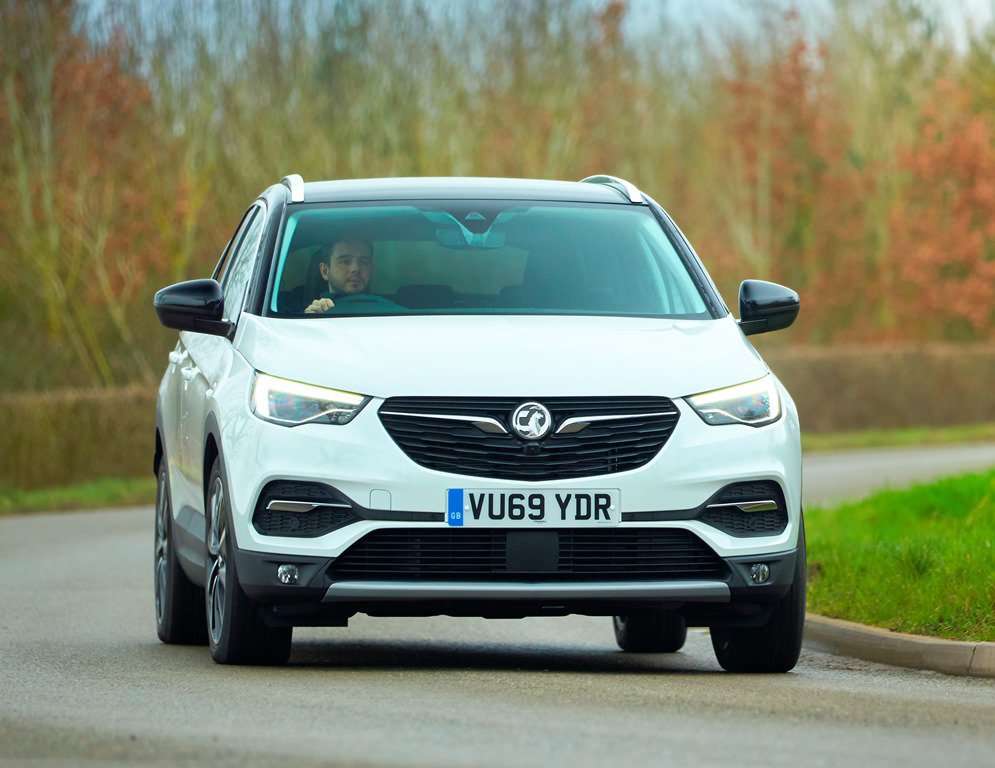 The Grandland X Hybrid4 pulls away from cold in EV mode, unless the outside temperature has dropped and the system reckons the battery needs a bit of warming up to be at its most efficient. On our chilly drive at the end of February (it had snowed an hour before setting off), the all-electric mode gave smooth, serene progress from the off with strong acceleration when needed to join faster flowing traffic.

When the 1.6-litre turbo petrol engine cuts in, it’s all but imperceptible and remains impressively refined at all speeds. The eight-speed auto is equally good at gliding through its gears with no obvious interruptions. You can also sense the 1,800kg mass as you slow when approaching a bend, with the regenerative braking helping to recoup power to the battery. 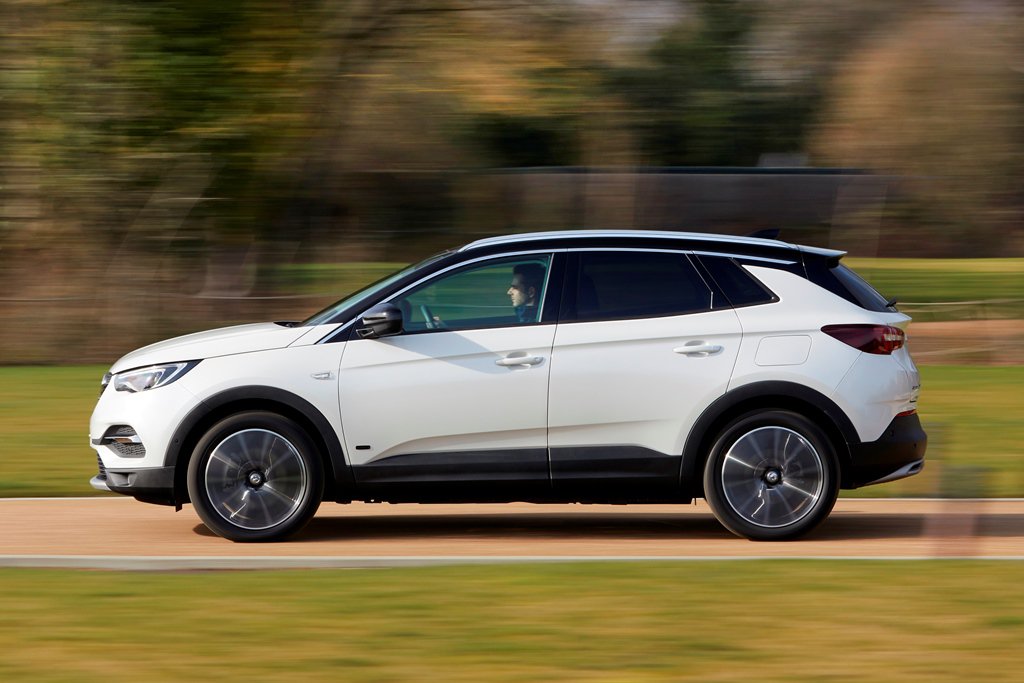 As is usual with hybrid cars, the suspension is strengthened in an attempt to offset battery weight. How delicately the engineers get that balance right is a defining factor in ride comfort. The ride is a little firmer in the Hybrid4 than other Grandland X models, but otherwise it’s much the same and the engineers are to be commended.

In Sport mode it's certainly quick in a straight line, but to be fair this is not a car you'll relish driving on a twisty country road. The suspension setup isn’t bad but the light steering and automatic gearbox hardly encourage enthusiastic driving, and it's obvious you're in a fairly tall SUV. 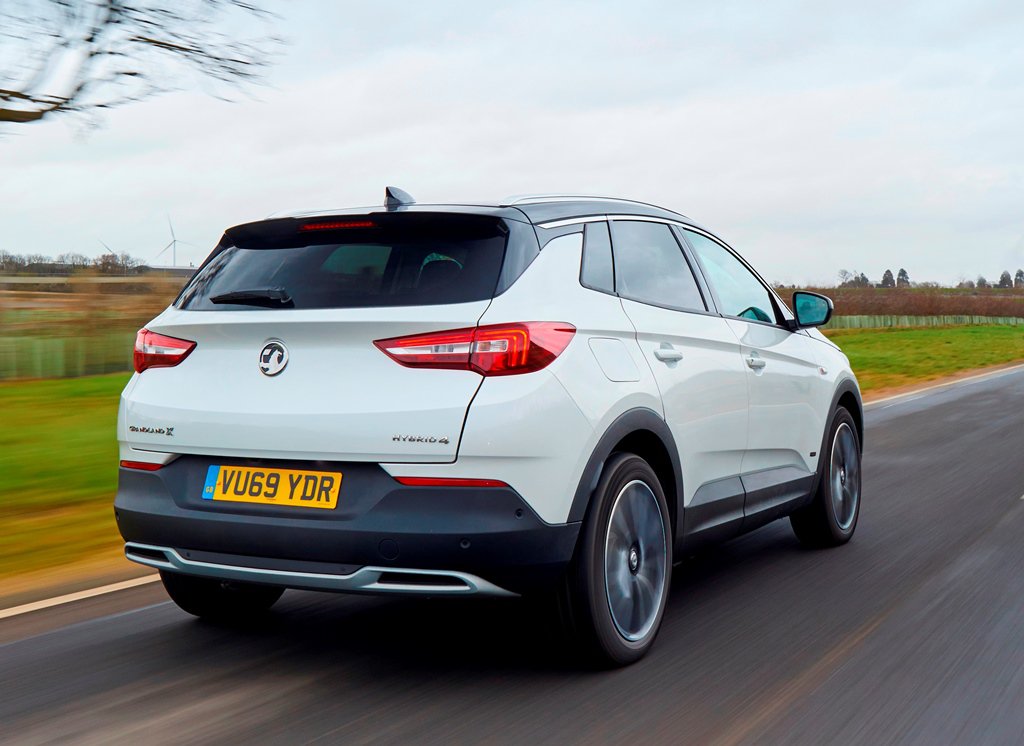 Toting up the sums to see if the Vauxhall is best for you will depend to some extent on the type of driving for which you use it.

As a plug-in hybrid with an electric-only range of up to 35 miles, the Grandland X Hybrid4 could potentially be driven without ever consuming a drop of petrol. Vauxhall says they chose this powertrain set-up as 80% of journeys fall within that 35-mile range and the petrol engine removes any anxiety about longer drives. While the Grandland X Hybrid4 does have four-wheel-drive, it is not an all-out off-roader and is more suited to a spot of muddy green-laning. We tried the car over very boggy conditions on a special course in Windsor Great Park. It felt sure-footed and was never in any danger of getting stuck in the mud…and that was on ordinary road tyres. The Hybrid2 and Hybrid4 versions of the Grandland X have been specifically tested by crash-test boffins Euro NCAP. However, the regular petrol and diesel versions have and secured the full five stars when it was assessed back in 2017.

This is thanks in part to the fact that every Grandland X gets forward collision alert, autonomous emergency braking, lane-keeping assistance and a driver drowsiness detection system. In addition, there is keyless entry, high-beam assistance and rear parking sensors. The Grandland X Hybrid4 is Vauxhall's first plug-in SUV. It's far from perfect, but not without a good degree of Greta Thunberg appeal. It presents as a practical, no-nonsense family SUV with the potential for rock-bottom running costs, but the Lewis Hamilton 296hp and 0-60mph time of 5.9 seconds is pleasingly daft for a family SUV.

The interior is functional and logically laid out, and if you spend most of your time ferrying the children to school or running short errands – with the ability to charge regularly in between – then Vauxhall’s first plug-in hybrid is a rational choice.