SEAT has a long tradition in that the naming of its model range is inspired by Spanish towns and culture – Arosa, Ibiza, Leon, Toledo, Altea, Alhambra…you get the idea. 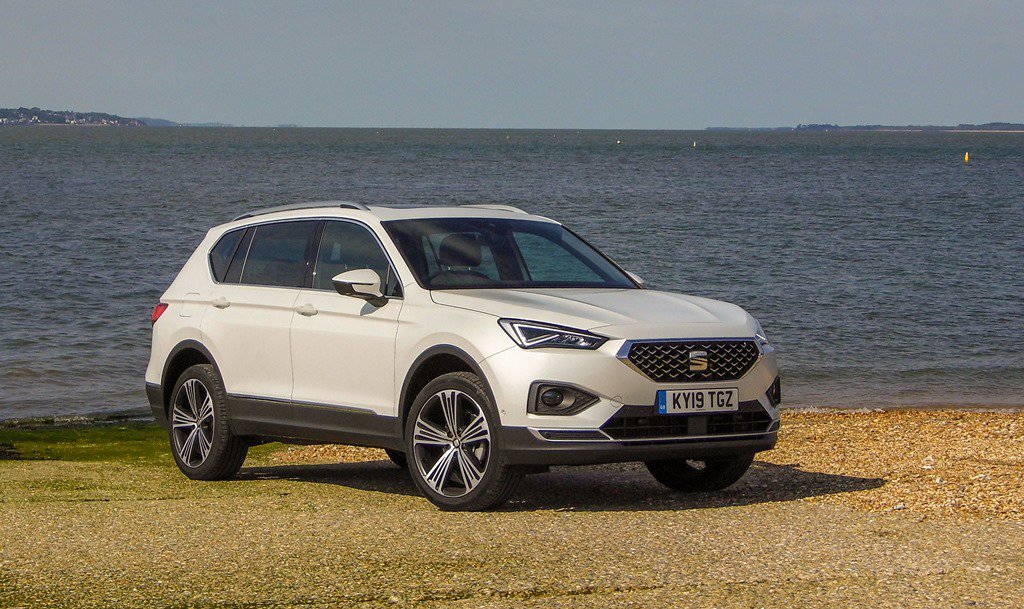 Two years ago, in a break from that noble convention, SEAT invited the public to choose the new name for its all-new, seven-seat flagship car. Several thousand suggestions (yes, including ‘SeatyMcSeatFace’) were tabled but the more serious ones were whittled down to just four: Alboran, Aranda, Avila and Tarraco.

Fortunately, more than thirty-five per cent of the 147,000 votes cast went to ‘Tarraco’, the old name for the Mediterranean port city of Tarragona. It is built at Martorell, SEAT’s primary facility north-west of Barcelona. 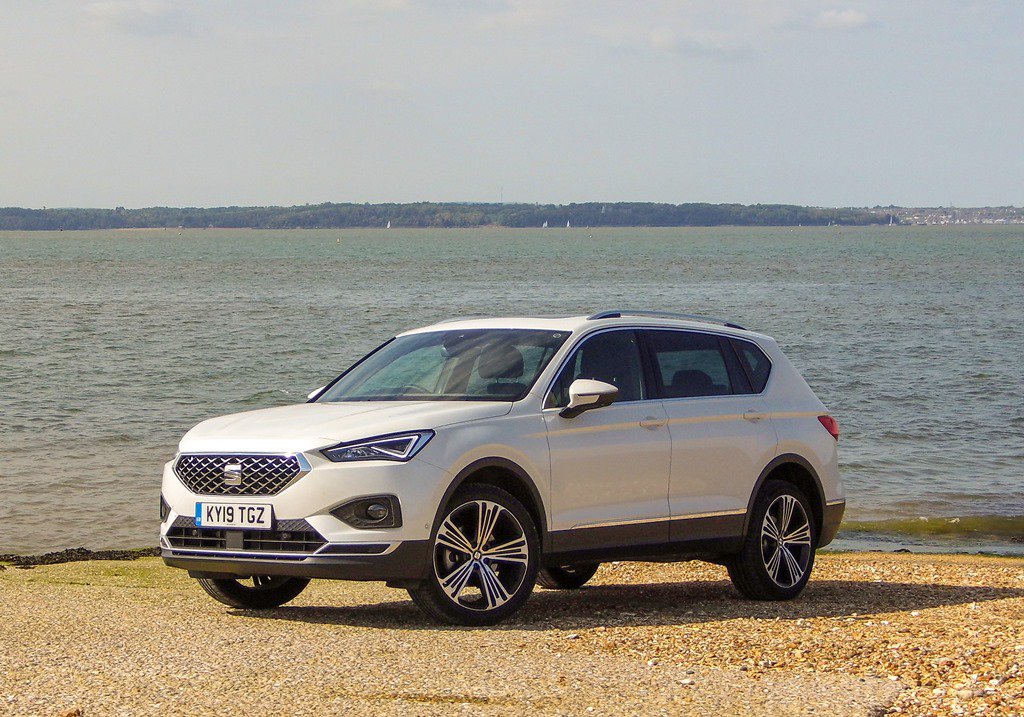 It wasn't so very long ago that SEAT didn't have a single SUV in its line-up. Now, the Tarraco sits at the head of the company's SUV triumvirate that already includes the compact Ibiza-based Arona and the slightly larger Leon-structured Ateca.

Earlier this month I spent a progressively enjoyable week with ‘TGZ’, finished in Oryx White metallic paint. It was presented in Xcellence First Edition trim, fitted with a 2.0-litre 148hp TDI diesel engine and paired to a six-speed manual gearbox (see test week stats below). In the Tarraco, the Spanish car maker needed something to set its seven-seat contender (there is no five-seat option for the UK) a little apart from other pretty much mechanically identical Volkswagen Group models that share its MQB-A platform, namely the Skoda Kodiaq and the Volkswagen Tiguan Allspace.

The Tarraco is a fairly substantial vehicle by class standards, measuring 4,735mm long and 1,658mm tall, it is 38mm longer than its Skoda Kodiaq cousin. Its footprint is on par with a Land Rover Discovery Sport and few cars offer so much metal for your money. 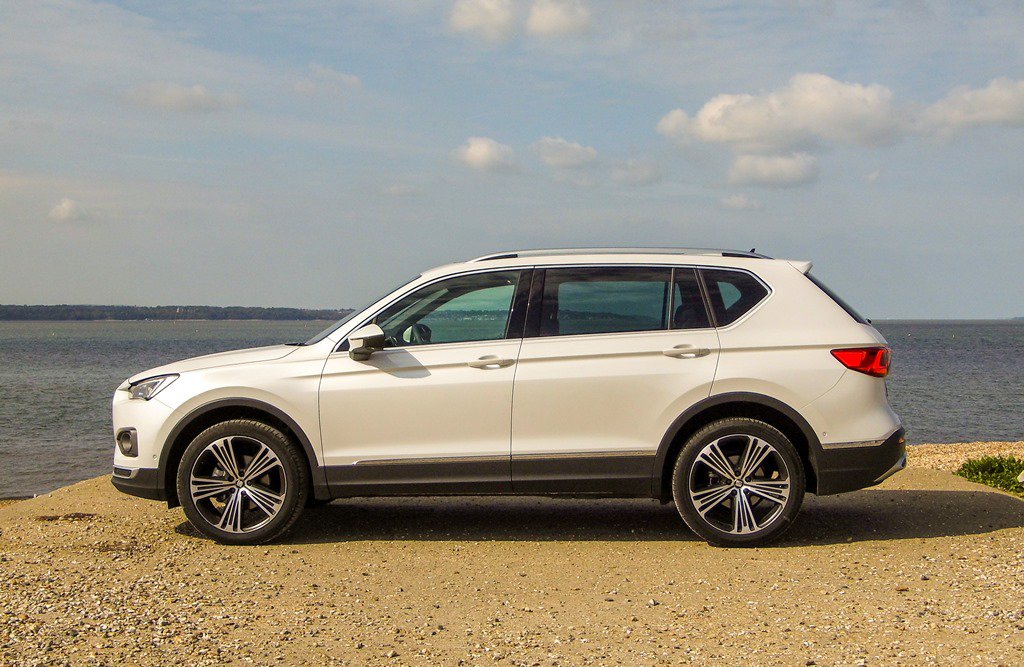 However, the SEAT has more aggressive SUV attitude and school gate gravitas that no seven-seat MPV (remember them?) can match. It rides 20mm lower than the Kodiaq, with a jutting grille, bonnet bulges, sculpted body-sides and swoopy LED light signatures.

Even the latest must-have feature – a full-width rear light bar – is present and partially correct (the central section is only a red reflector) and those ‘tailpipe’ slots either side of the rear bumper aren’t real either. 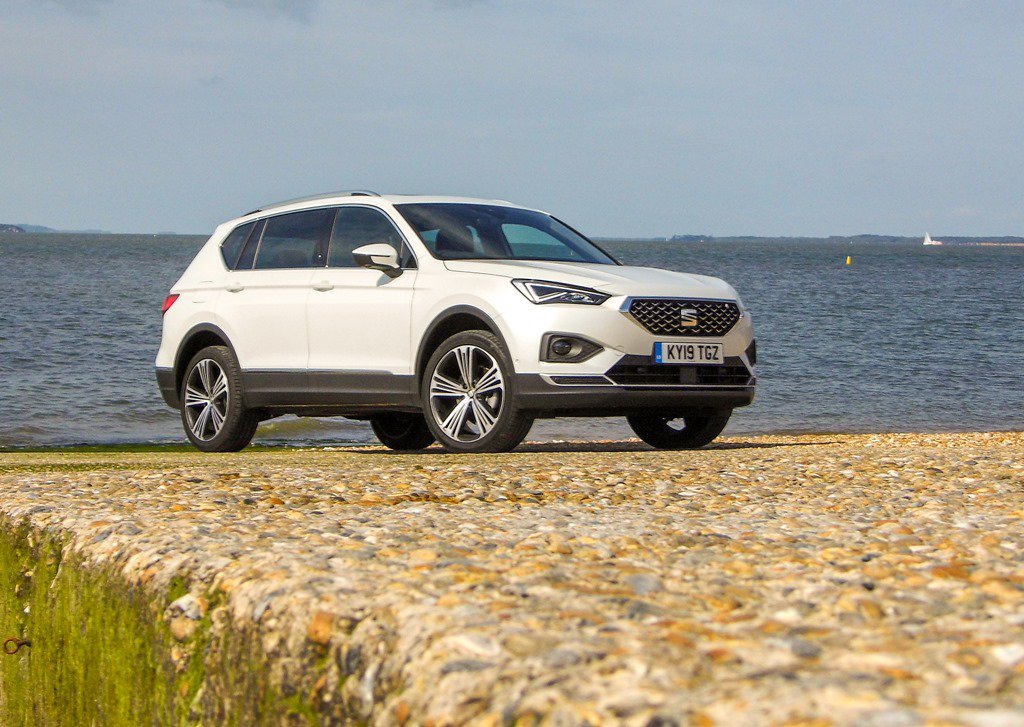 Being the nature of an SUV, you sit relatively high in the Tarraco, looking down on people in their hatchbacks and rendering most hedgerows insignificant. The view of the road ahead is excellent and, while bulky B and C pillars compromise over-the-shoulder vision, all Tarraco models have rear parking aids.

There’s plenty of adjustment in the steering wheel and seat to set yourself up how you like it and adjustable lumbar support is also standard. 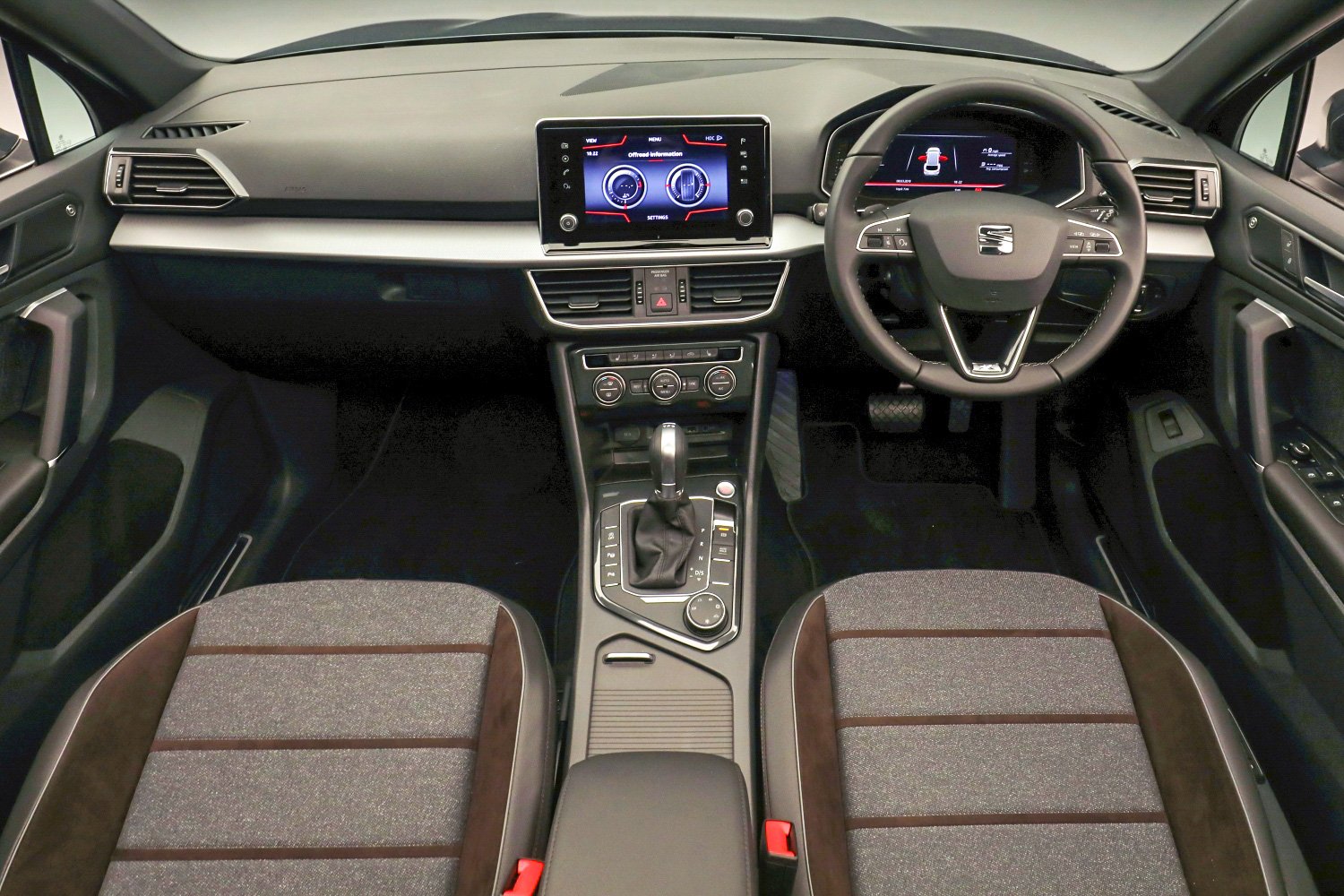 The dashboard is logically laid out with clearly labelled buttons and knobs for the climate control. However, the configurable digital instruments could be easier to read at a glance as, no matter which setting you select, the speedo isn’t particularly prominent. 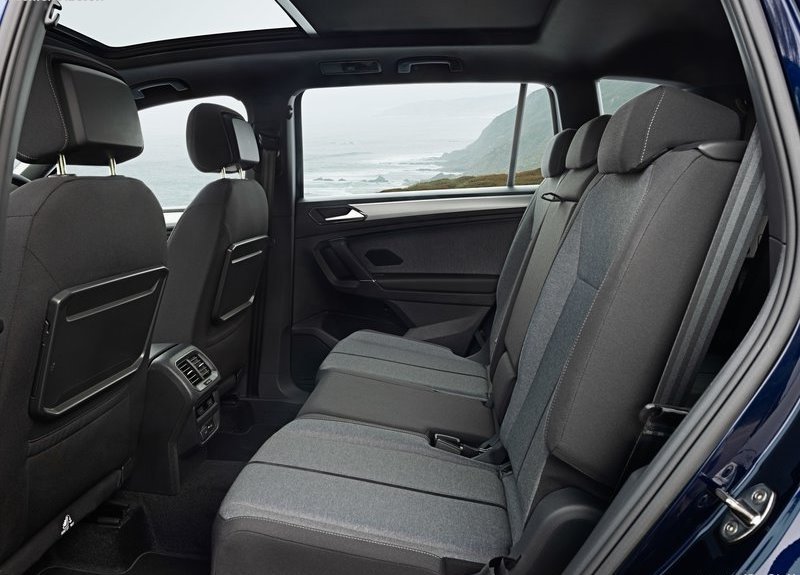 There is plenty of room inside the cabin for all occupants in rows one and two, but row three – like many seven-seat SUVs – is best suited for smaller passengers or grumpy teenagers. Each door bin is wide enough to take a large water bottle and there are quite a few handy storage spaces for the daily detritus, including a bin under the front armrest, two large cup holders between the front seats and a cubby in front of the gear lever. 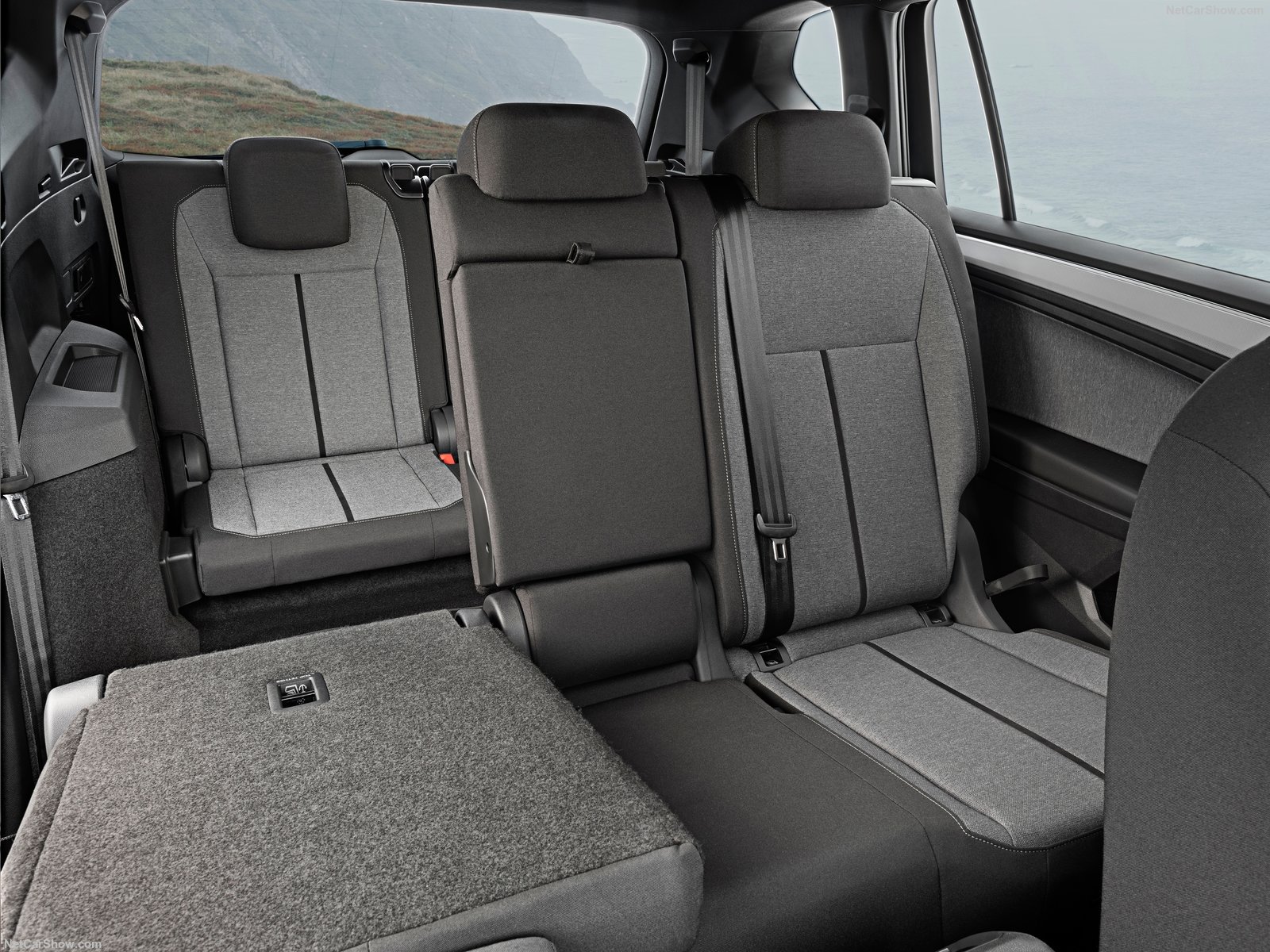 The third row of seats should be regarded as ‘occasional’ rather than put to regular use. For a proper seven-seat people mover, look no further than SEAT’s class leading Alhambra.

In five-seat mode, the Tarraco claims a 700-litre boot capacity and you can liberate 1,775 litres by folding down the second row of seats. 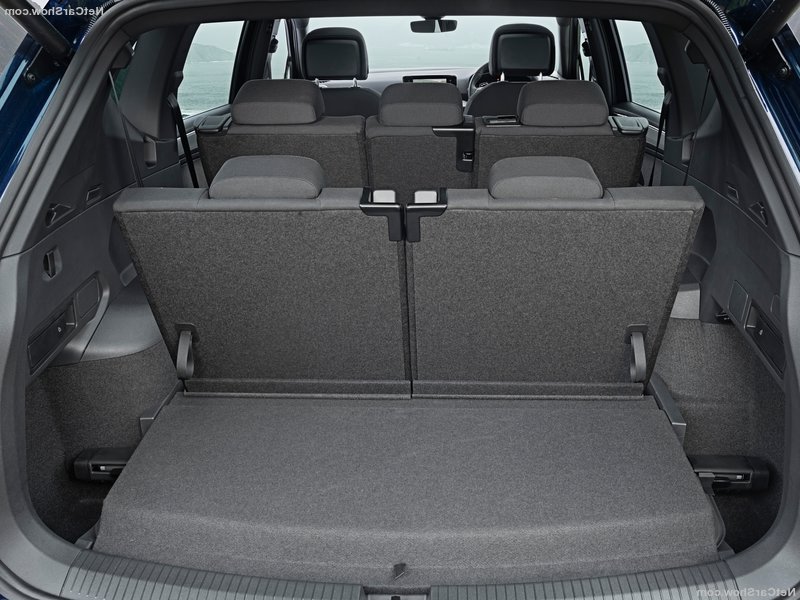 The centre part of the boot floor is flat, even when the third row of seats is folded down, but the flat section is bordered by a deep well on either side that the false floor doesn't fully conceal.

The Tarraco’s trim grades are easy to understand and adhere to SEAT’s ‘Easy Move’ structure where you simply get the next trim level up if you want more kit. You can’t add optional extras and you don’t have to pay for paint.

At launch, the line-up consists of the range-entry SE, moving up through SE Technology, Xcellence and Xcellence Lux. The sportier-looking FR and FR Sport models will be added to the range at a later date. 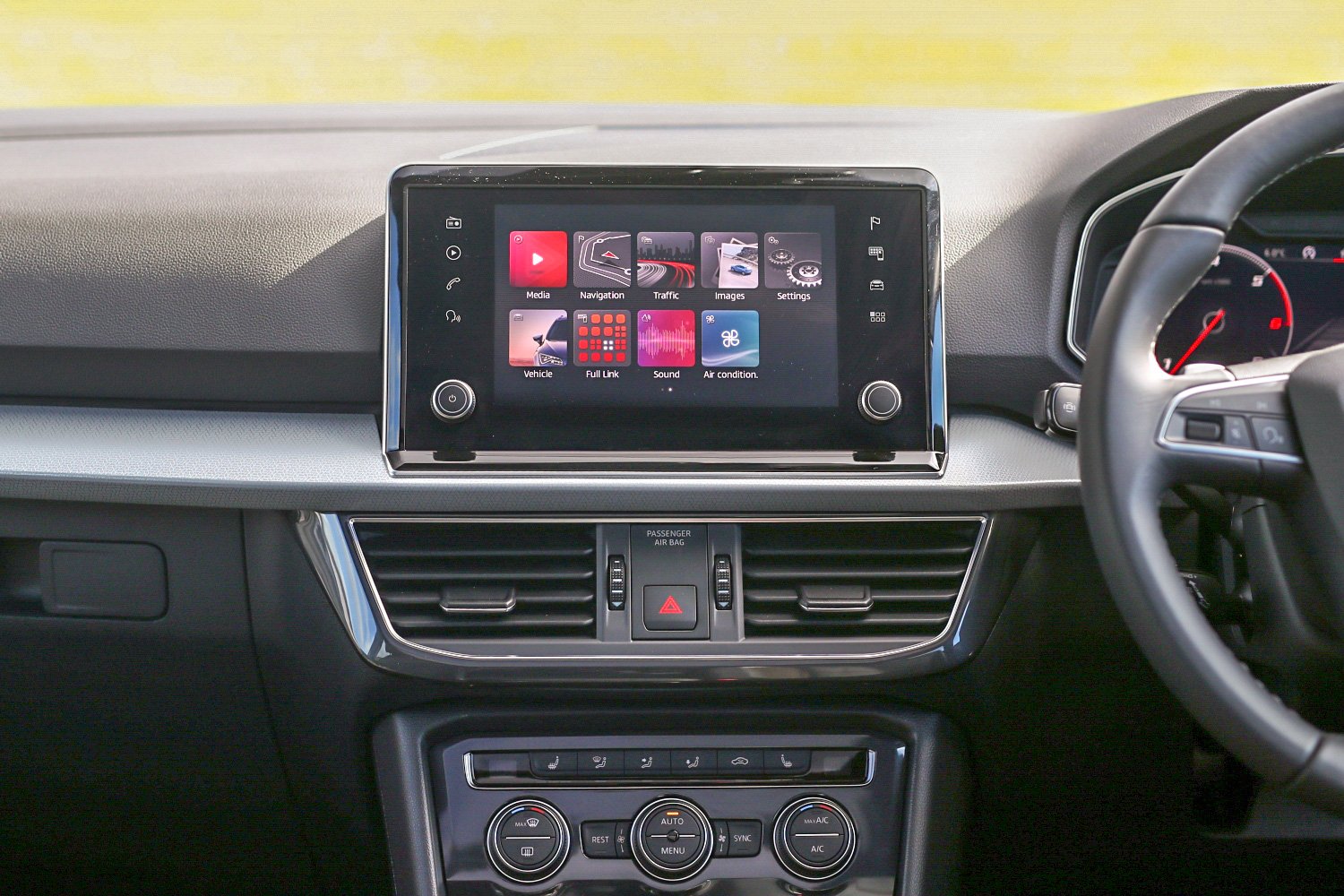 It is worth upgrading to the SE Technology trim, not only for its satnav but also because it brings upmarket features such as 18in wheels and tinted rear windows. There will be little surprise to discover that the engines and gearboxes deployed in the new SEAT Tarraco can also be found in a multitude of other cars from the VW Group stable. To kick off the petrol range there’s a turbocharged 1.5-litre TSI with 150hp (likely to be the best seller), while a more powerful 190hp 2.0-litre TSI with 4Drive all-wheel drive and a DSG automatic gearbox is available, too.

For those who prefer a turbo-diesel, there are 150hp and 190hp versions of a familiar 2.0-litre TDI unit, the latter of which comes exclusively with 4Drive and DSG, while the 150hp version has a bit more flexibility with a choice of gearboxes – however if you want 4Drive you automatically get the DSG gearbox. The Tarraco sits on a version of the same MQB platform as the Skoda Kodiaq and VW Tiguan Allspace. It is an enjoyable car to drive if your expectations don't run to sports car handling – for that you’ll need to wait for the FR and FR Sport models.

For such a sizeable SUV, the Tarraco turns into corners keenly with sharp response from the steering when you turn the wheel, and it doesn't lean as much in corners as you might expect. The SEAT feels more engaging than the Kodiaq, in keeping with SEAT's image as the 'sporty and fun' division of the Volkswagen Group, thanks in part to sitting 20mm lower than the Kodiaq.

You can also add Adaptive Chassis Control (ACC), which varies the suspension stiffness to cater for driving in a relaxed or enthusiastic manner. It's standard on top-spec models but, as it doesn’t make a significantly noticeable difference, it may not be worth paying extra for. Unsurprisingly, the Tarraco scored the full five stars in Euro NCAP’s crash tests, thanks in large part to the high amount of safety kit as standard.

Across the range, you get six airbags, eCall – which will alert emergency services automatically in the event of an accident – and seat belt reminders for all seven seats. On top of that, there’s an autonomous emergency braking system with pedestrian protection, hill hold control, lane assist, and a tiredness recognition system.

You also get easily accessible Isofix points in the outer middle row seats (but not in row three), and front passenger seat, with top tether anchorage points. In the Tarraco, SEAT has created a very appealing family car for those seeking a spacious seven-seat mid-sized SUV with a sportier demeanour. Its agile handling, state-of-the-art technology, versatility, functionality and generous cabin space are all attributes that stand out. Hot on the heels of last week’s new BMW 1 Series reveal comes yet...