The Passat name has been around longer than the Golf and Polo, and more than 30 million have found homes since its introduction in 1973. We spent some time in the recently updated Passat GTE PHEV saloon and estate and scribbled a few notes…

The Volkswagen Passat GTE was introduced back in 2016 and impressed by combining practical family capabilities with frugal running costs. It was pulled from sale in early 2018 due to a bottleneck in getting cars certified for new emissions standards. 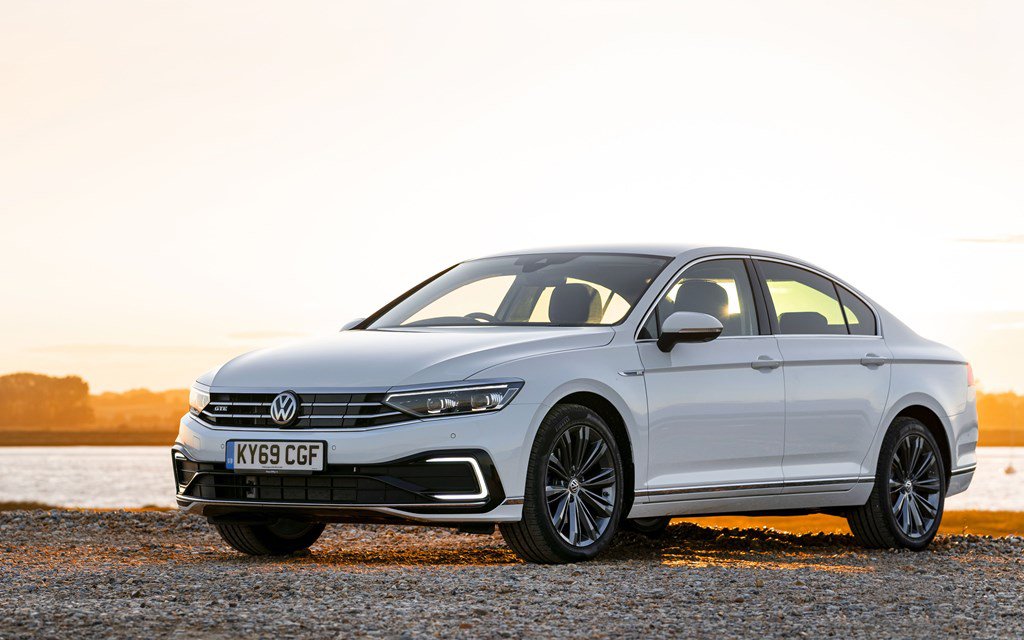 However, it recently returned having received a mid-life refresh for its 2019 model year. The Passat GTE is the petrol-electric plug-in hybrid (PHEV) version of Volkswagen’s hugely popular executive car. If you’re familiar with the German carmaker’s nomenclature, you might be excited by the prospect of sportiness thanks to those GT letters. However, this is a becalmed, laid back grand tourer that’s more suited to racking up effortless motorway miles as it crosses continents

That makes it perfectly suited to this segment with almost 78 per cent of sales expected to go to company car fleets. With the GTE’s low rates of Benefit in Kind tax and low emissions, VW reckons it’ll make up a quarter of the Passat sales in the UK, making it favourable to business buyers. 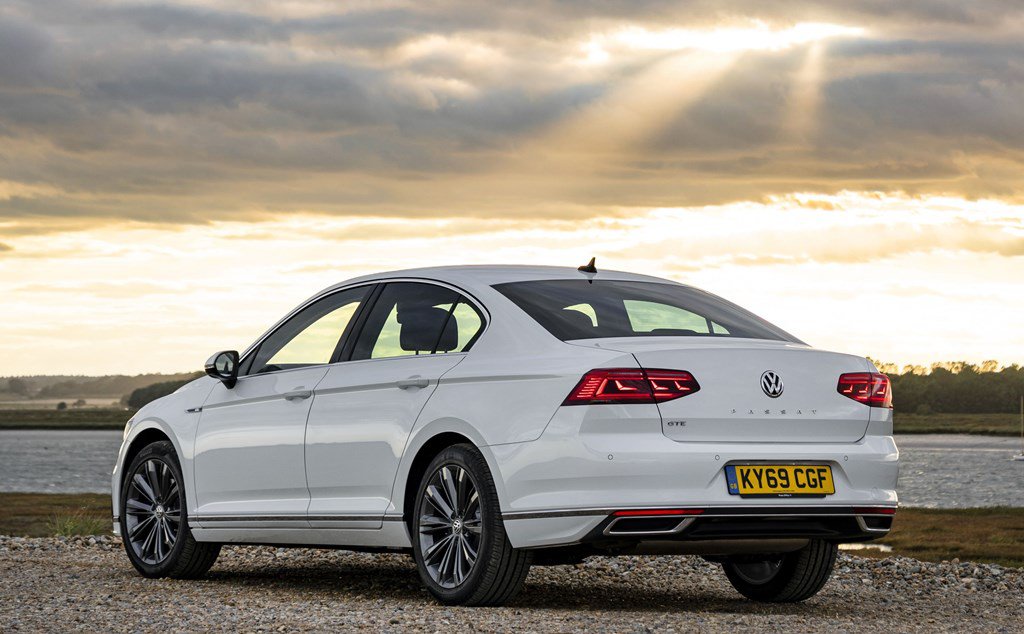 The GTE has few direct rivals; the regular Passat competes with family saloons and hatches such as the Ford Mondeo and Mazda 6, but its closest hybrid executive rivals are the smaller and more costly BMW 330e and the Mercedes C300de.

The various models within the Passat range are only distinguished by subtle differences – models that specialise in comfort are set apart by chrome window surrounds, while sportier models use a gloss-black finish. The off-road biased Alltrack adds extra ground clearance, plastic body cladding and front and rear scuff plates. 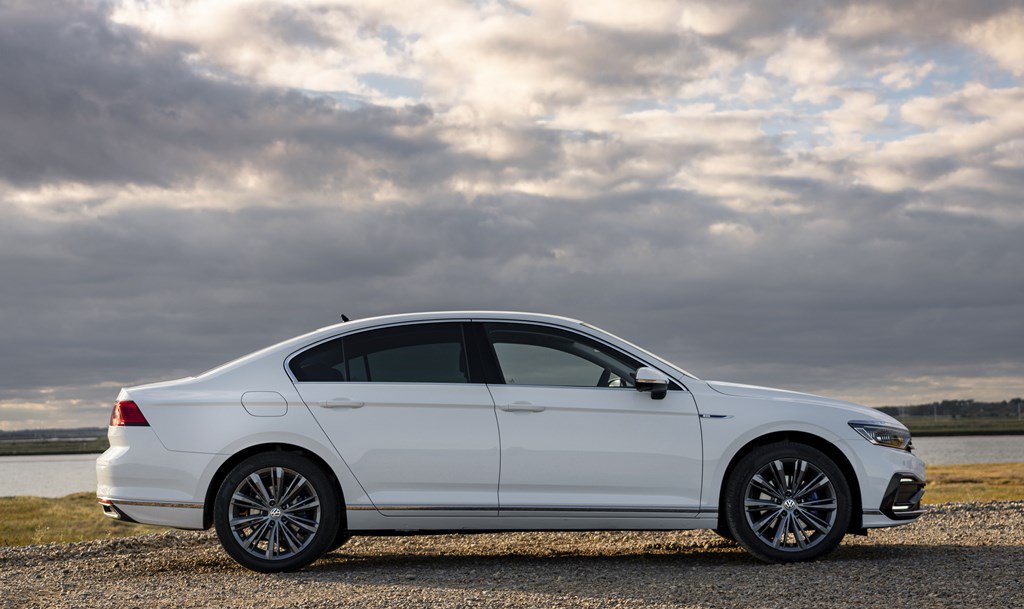 It’s easy to tell the GTE variant from the rest of the Passat range because it has large, distinctive C-shaped daytime running lights built into its front bumper. The blue hybrid theme features on the blue brake callipers, the discreet blue line above the grille and blue-tinted GT badging. The charging socket is neatly located in the front grille

Inside, it’s the usual high-quality VW fixtures and fittings, further supplemented by an eight-inch touchscreen media system. The GTE Advance model (as driven) ups that further with 18-inch alloys, keyless entry, a powered boot lid and a 9.2-inch touchscreen. 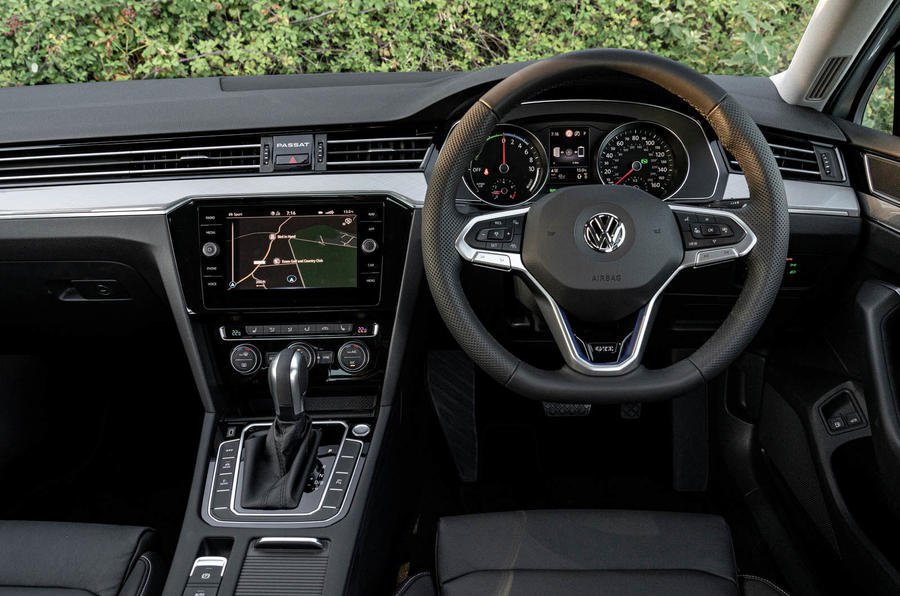 Volkswagen has worked hard on comfort with the front seats being very comfy, allowing the driver to relax and crunch the miles on longer journeys.

The rear seats can accommodate 3 adults with the benefit of a softer central seat compared to the more spacious Skoda Superb. The boot space is slightly reduced on the GTE versions of the saloon and estate due to the on-board batteries’ location but there’s more than ample space to carry the family’s luggage. As always, the Passat GTE estate offers greater practicality. Sure, the lithium-ion batteries take-up the underfloor storage, but that’s a small price to pay. With rear seats in place, boot space is 483 litres, and that rises significantly with the rear seats are folded flat. There’s also a low load lip and flush boot floor. The Passat GTE saloon and estate combine a 1.4-litre petrol engine, a bigger 13kWh battery and electric motors to produce 215hp. Fully charged, it can travel around 34 electric-only miles up to 80mph. You can also choose to ‘bank’ or top up the battery charge, which is great for those who start their commute on the motorway but end it drenched in a deluge of urban traffic. The battery can be fully charged from a standard domestic socket in a little over six hours, or four hours from a domestic wall box charger. Charging can be scheduled using the car's infotainment system, or a smartphone app.

Despite the weight of its hybrid battery, the Passat GTE handles well on the road, with minimal body lean and confident handling that’s precisely weighted and reassuring at all speeds. 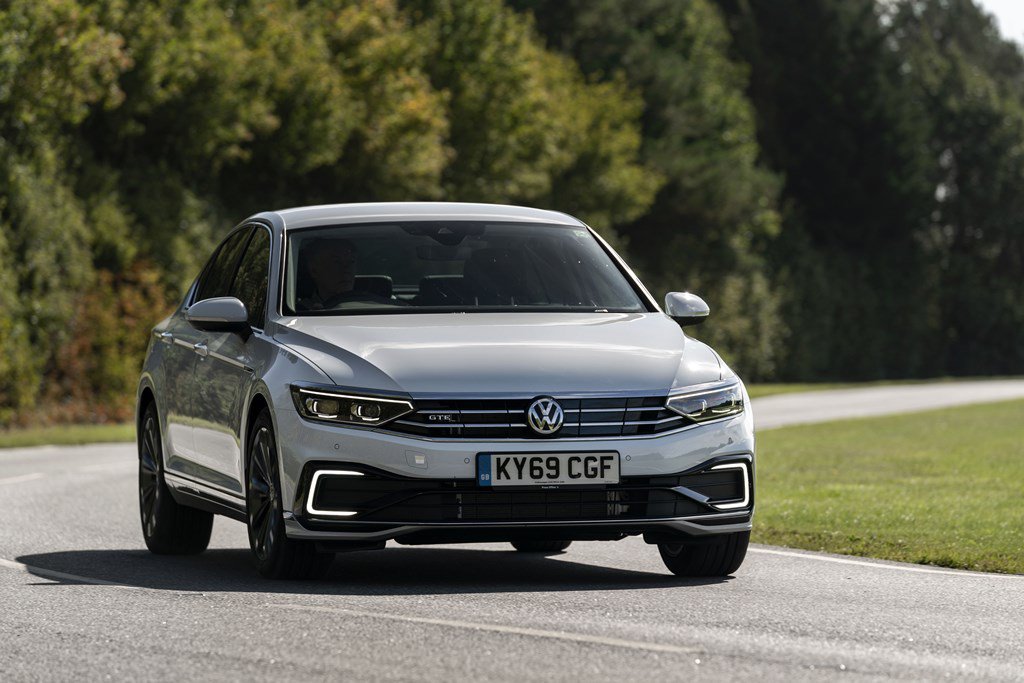 The steering is responsive and gives you a reasonable sense of connection to the front tyres, and, even in the heaviest Sport setting, the steering is still light enough that parking and manoeuvring are a breeze. However, while the GTE can be hustled along happily enough, BMW’s 330e is more fun to drive. But, piloting briskly along country roads isn’t the GTE’s forté. 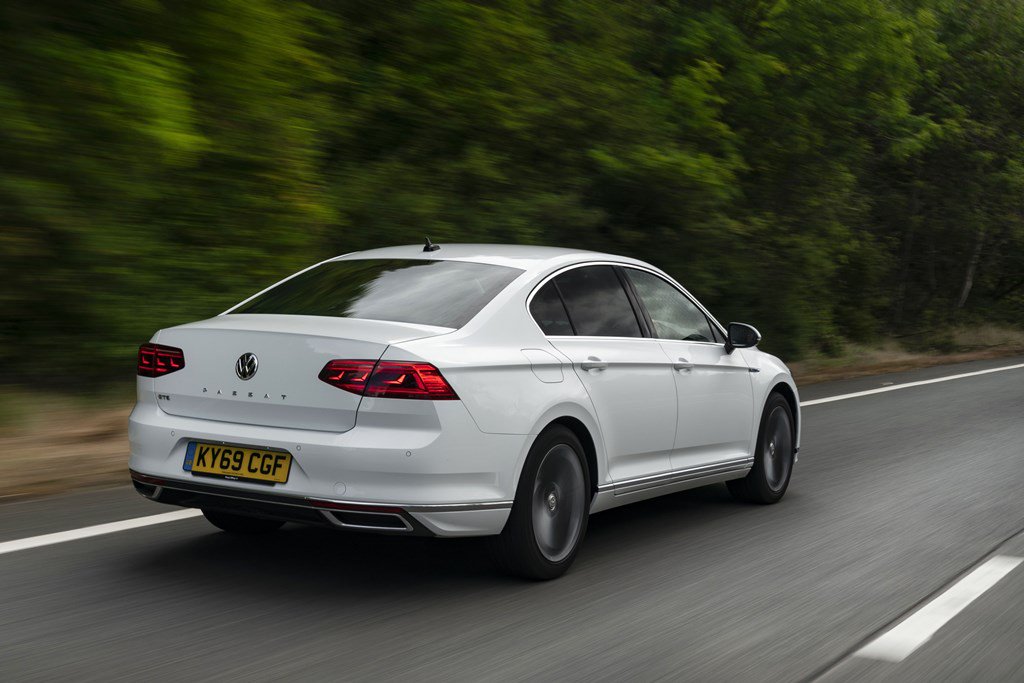 It’s just as comfy and easy to drive in town, too, which adds up to a thoroughly recommendable plug-in hybrid. If having the option on pure-electric driving fits in with your work/life balance, then all that’s left is to decide is whether it’ll be the saloon or estate.. The previous GTE was subject to the government’s plug-in car grant, but new rules mean that there’s now no funding available for private buyers. You can claim costs on installing a home wall-box charger, though. Many will prefer their plug-in hybrid saloons or estates to be comfortable, refined and completely unpretentious. The updated Volkswagen Passat GTE is all those things.