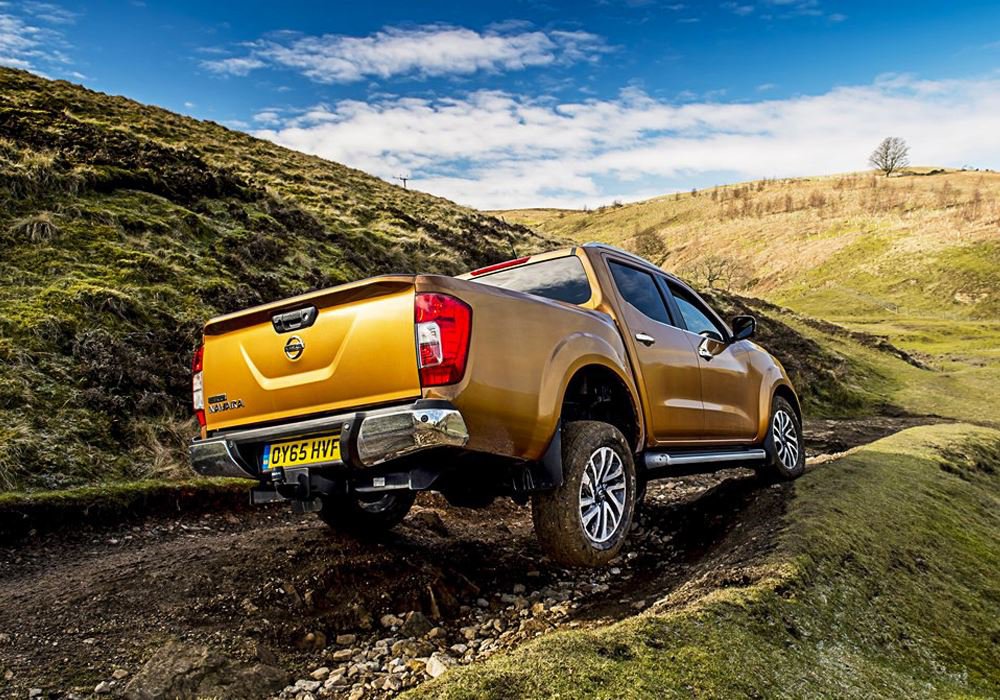 Pick-ups used to be distinctly utilitarian things until one day, the lifestyle set commandeered them as modes of fashionable outdoor activity transport.

In addition, the self-employed began using them as all-purpose vehicles. Both groups essentially wanted a load carrying car rather than a commercial vehicle – and so the modern family-oriented pick-up began to evolve.

In those early days, most manufacturers simply dressed up their existing products with bull bars, perhaps a sleek fibreglass canopy or a two-tone exterior paint job, fitted electric windows and maybe a CD player – if you could afford it. Rubber mats were banished and in came carpets.

One of those early offerings came from Nissan – its first-generation Navara introduced back in 2001 was a tinselled-up version of the bog standard NP300 Hardbody, a pensionable stalwart complete with retro sliding heating controls. It is still manufactured today and continues to find customers in several global markets. 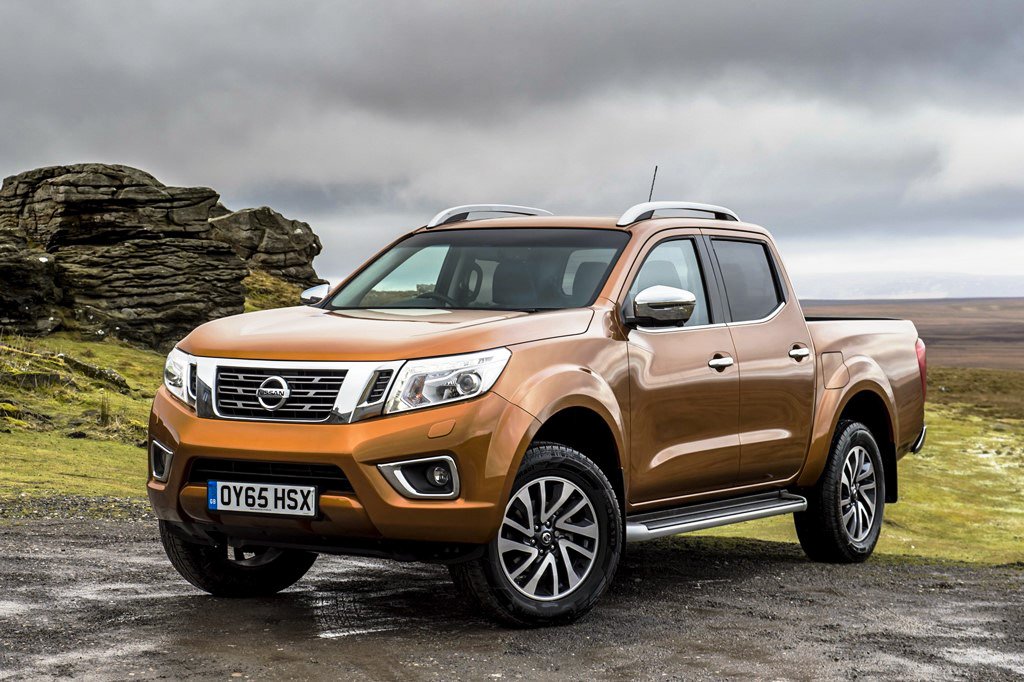 Nissan hasn’t tinkered too much with the outer skin of the new Navara. There’s a revised front grille, a re-styled bumper and a sleeker bonnet. It looks good in the metal, yet is still able to carry one-tonne loads and pull 3.5 tonnes on the rear hook – but not both at the same time. To do that you’ll need to reduce the tray load by half a tonne.

At the back, the innovative C-channel tie-down system remains on the options list. It consists of five channels – four running its length and one its width – plus four heavy-duty cleats that let you position stable tie-down points anywhere along each channel.

The Navara is again offered in King Cab or Double Cab body styles and both versions offer rear seats, but while the Double Cab has a traditional bench at the back and four proper doors, the King Cab has two cinema-style folding rear seats and small, rear-hinged back doors. 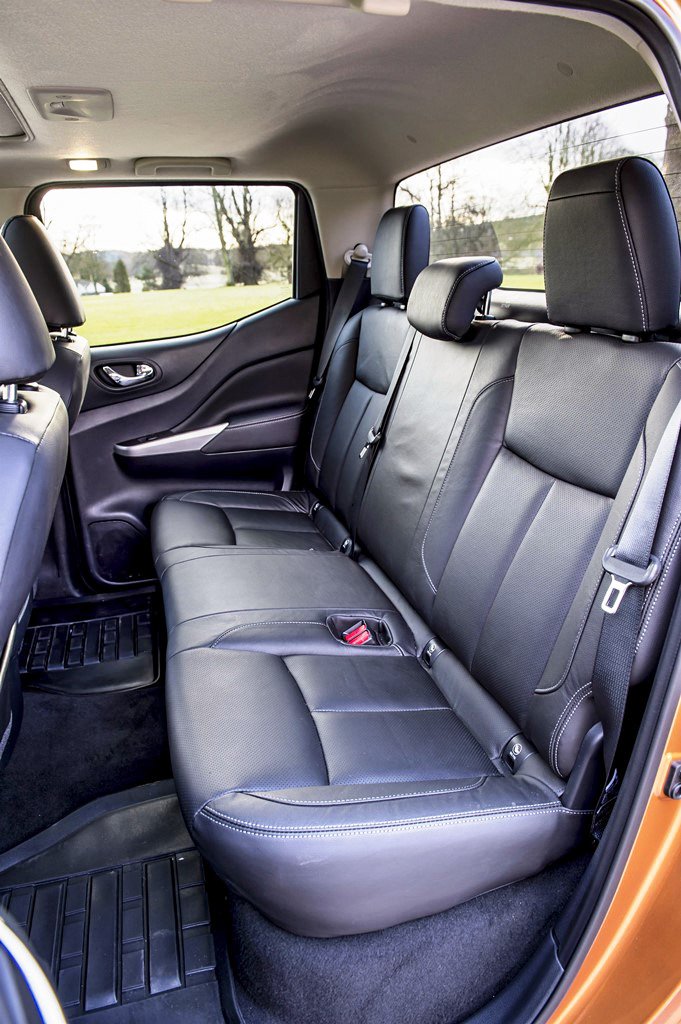 The interior is also much improved. There’s piano black trim, metal effect detailing, plus a touchscreen infotainment system with satnav and all-round view monitor, which is very handy on a vehicle this big.

The infotainment system will be familiar to anyone who’s driven a Nissan car or crossover recently. Navigation is clear, the menus are simple and the Bluetooth pairing is easy, although image quality on the all-round view monitor could be better.

Although the Navara’s cabin looks SUV-like in quality, it’s still a commercial vehicle underneath. The leather steering wheel and gear lever feel good, but those expecting soft-touch plastics on the dashboard will be disappointed. Everything is solid and will no doubt be tough as a pirate’s boots. 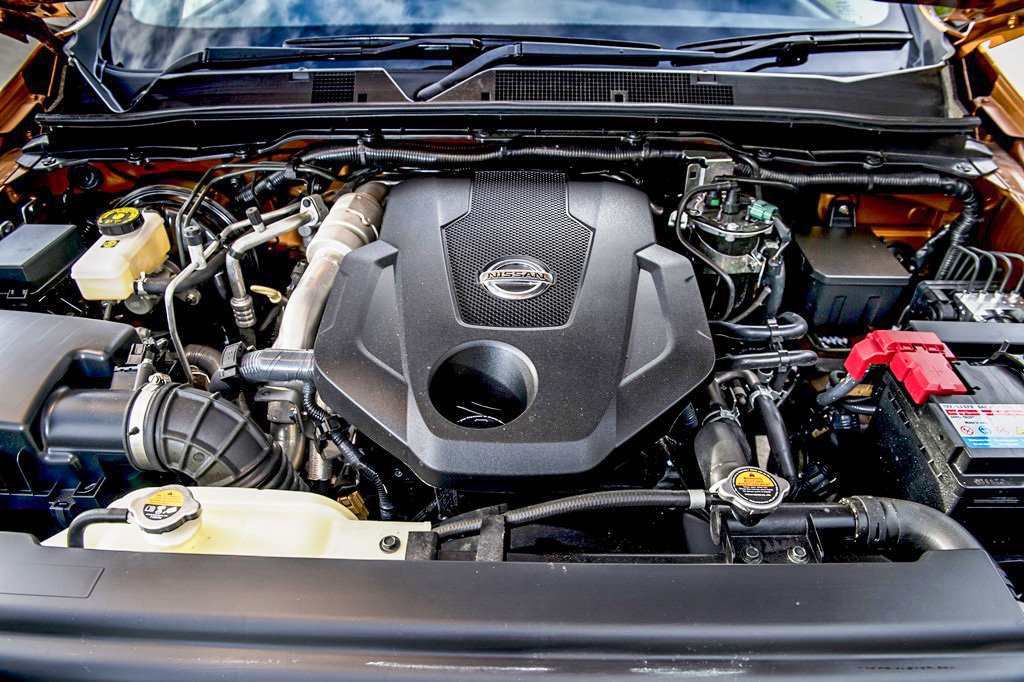 Nissan has set a precedent once again with the latest Navara. On the Double Cab models, gone is the bone-shaking leaf-sprung suspension, which has mercifully been replaced by a new independent five-link coil system which provides a much more refined and well-behaved ride. Unfortunately, all King Cab models retain the rear leaf spring arrangement.

UK buyers will welcome the new 2.3-litre Renault-Nissan dCi turbo-diesel which is up to 24 per cent more efficient than the pensionable 2.5-litre unit it replaces and is the ‘cleanest and most economical in its sector’, says Nissan.

The engine is available with two power outputs; a 160PS (409Nm) single turbo version and the range-topping 190PS (450Nm) introduces twin turbocharging technology – a first for Nissan in this segment.

There’s also a choice of two or four-wheel drive and a six-speed manual or seven-speed automatic transmission. The new 2.3dCi engine is an excellent match to the slick-shifting automatic transmission, which I would certainly choose over the quite notchy, long-throw six-speed manual. Indications of the sophisticated nature of the auto’box can be found in its deployment in the QX70 SUV from Nissan’s luxury division, Infiniti. 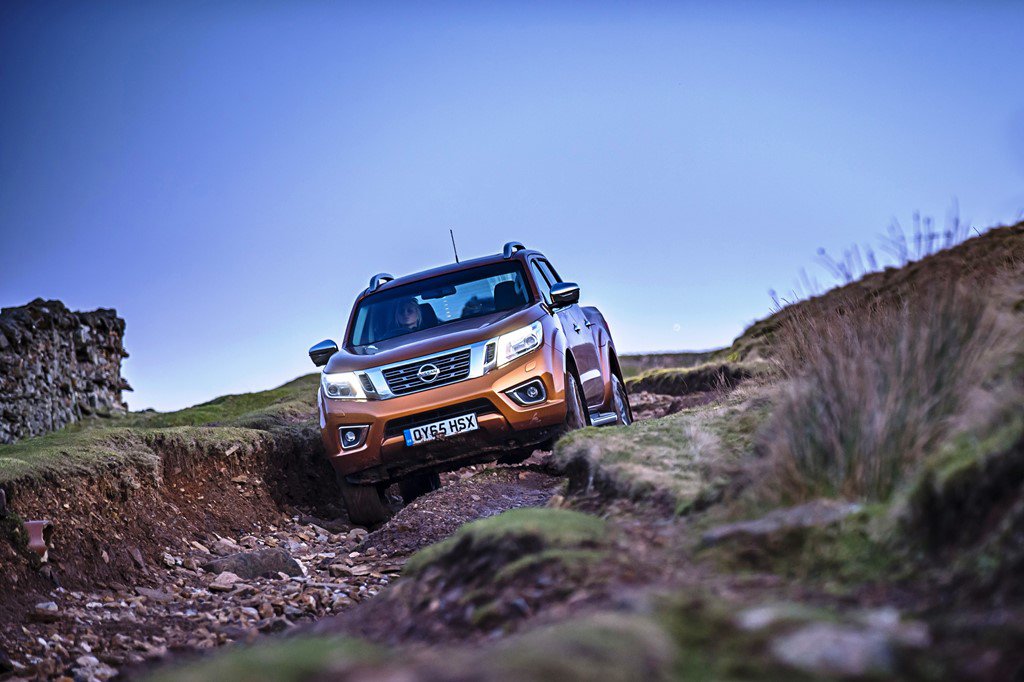 The NP300 Navara offers the best ride comfort of any unladen pick-up I’ve ever driven. The previous-generation Navara and other leaf-sprung competitors tend to be bouncy and rather unsettled, but the new Navara DC feels much more stable and displays considerably improved road manners.

During the initial seventy-mile drive across north English roads at its recent UK media launch, the improvement in driveability was immediately noticeable. Nissan’s marketing guru’s will have you believe that the new Navara drives like a conventional SUV. Not quite, but it is undoubtedly the closest to an SUV I’ve driven yet.

General handling is much improved though and you can carry a surprising amount of speed through the bends and sudden direction changes are accomplished without fuss. Performance is respectable with either engine output and is always able to keep pace with traffic. Once we reached the demanding off-road section during our drive across the Yorkshire moors, the NP300 reinforced its off-road capability. The 4WD variant comes complete with a low range gearbox, hill descent control and excellent axle articulation. If you want to get really serious, a rear diff-lock is a definite box tick from the options list (£500). Fortunately, it was fitted to all the test vehicles.

Nissan’s proven electronically controlled four-wheel-drive system has three settings: 2Hi, 4Hi and 4Lo. A more lightweight design helps the NP300 feel more nimble and agile than its predecessor, while the 450Nm of torque means there’s plenty of push when needed. Up steep and rocky trails and down deep, rain-carved gullies, the Navara didn’t even break into a sweat, unlike me – those slopes were quite severe! For the new NP300 Navara, Nissan has brought its 360-degree around view monitor and forward emergency braking lifted straight out of the Qashqai crossover; such technology is a first for the pick-up market. In addition buyers get cruise control, hill descent control and hill start assist. 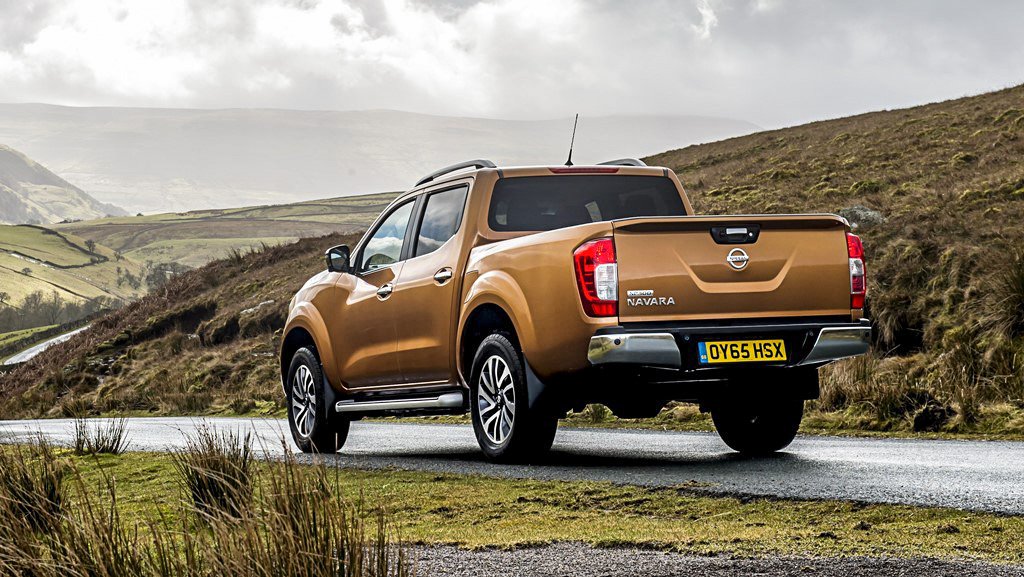 The new rear suspension on the Double Cab erodes much of the poor ride quality suffered by the majority of pick-ups, while fuel economy, CO2 emissions and performance are improved with the introduction of the new 2.3-litre dCi diesel engine.

However, there are still reminders that the Navara is, in essence, a working vehicle. There’s no getting away from the fact that down below, there’s a heavy-duty live axle attached to a ladder frame chassis.

Still, the NP300 Navara is one of the best pick-ups currently available in the UK and certainly the best I’ve driven in quite some time. While not quite blurring category lines, it considerably narrows the gap between rough and ready pick-ups and road-biased SUVs.

Nissan has unveiled the newly-updated version of its toughest Navara...

It might have been a trend-setter, but the original Juke was far from...