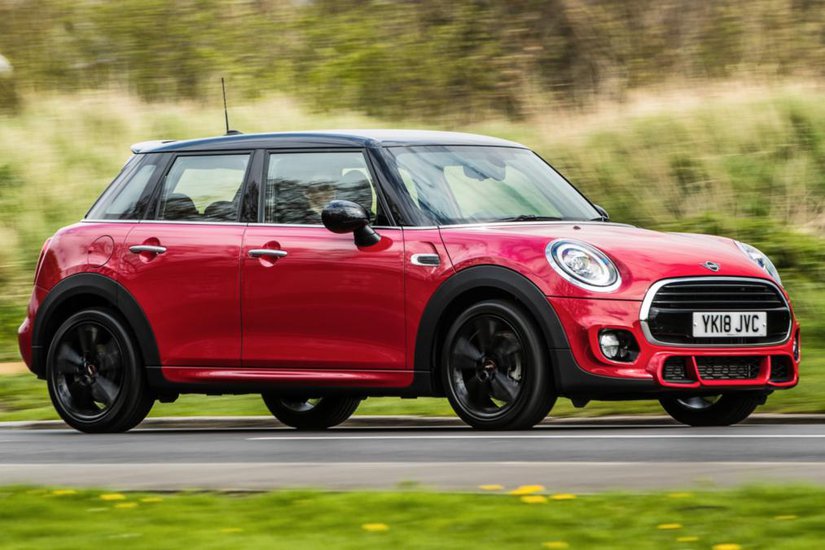 If parking a MINI on your driveway is a must, the extra inches on the five-door MINI makes for a far more practical model.

A major leap forward in the modern MINI’s evolution was the adoption of the BMW 1-Series chassis in 2014 by the then third-generation MINI. Sure, it gave the MINI its biggest ever growth spurt in a ‘guess-who-ate-all-the-pies’ kind of way, but it transformed the character of the car in the way it drove and handled.

The new, longer chassis also paved the way for the introduction of the first five-door MINI in the marque’s then-55-year history.

The MINI 5-door Hatch is a full 16 centimetres longer than the 3-door and, with its two extra doors opens up greater practicality: five seats, noticeably more legroom in the back and 30% more luggage space. What’s not to like? 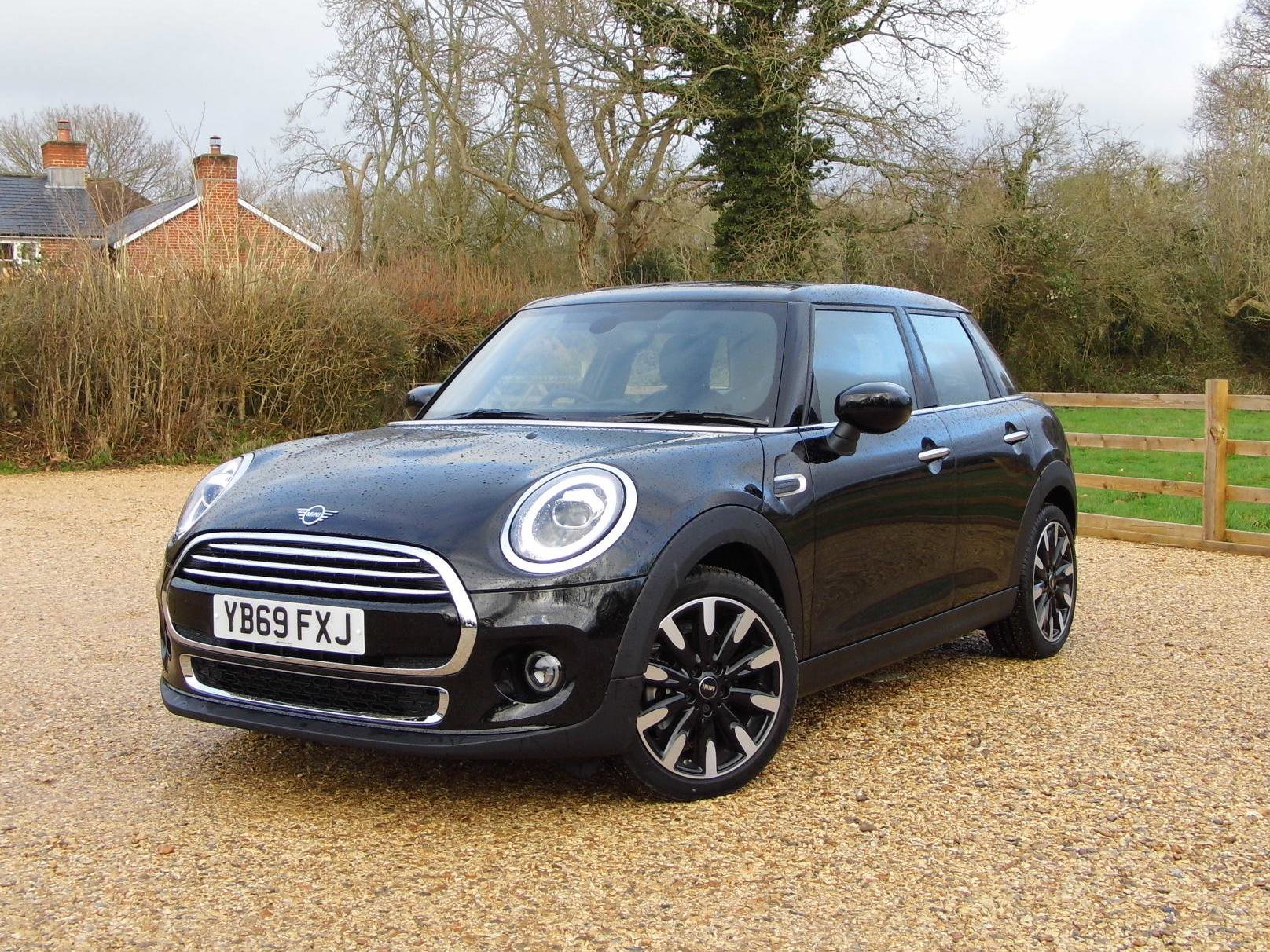 In October 2018, the MINI line-up received a series of exterior and interior updates and the cars were no longer classified based on engine, but rather by three dedicated trim levels – Classic, Sport and Exclusive. 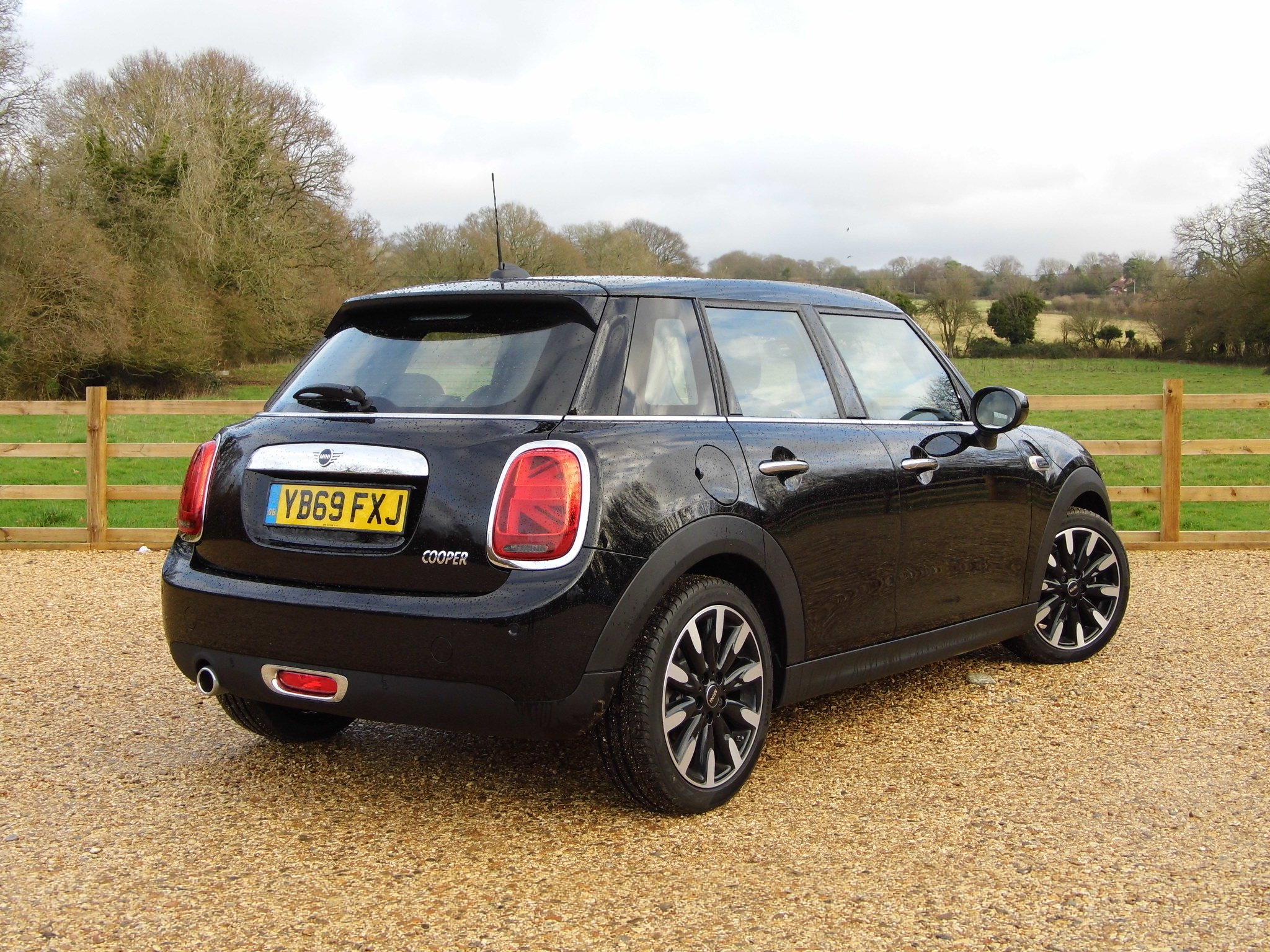 Inside, it’s standard MINI fare with loads of retro charm without too much compromise in usability. Control of the heating and ventilation is via intuitive dials and the standard 6.5-inch colour infotainment system is easy to get the hang of. A DAB radio, Bluetooth connectivity and a USB socket are all standard, along with a multi-function steering wheel. 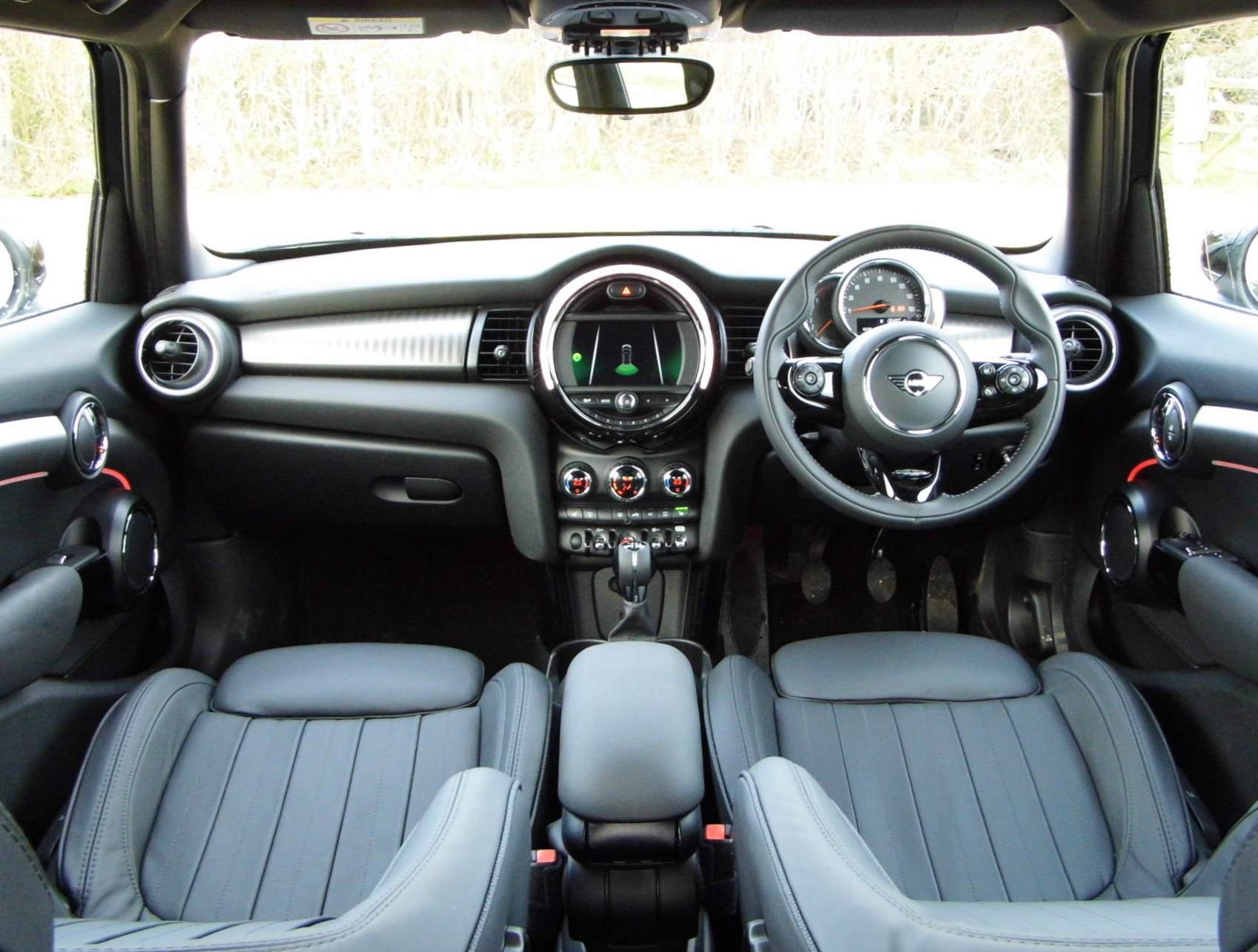 However, navigation is not standard but is available via the Navigation pack or the more feature-rich Navigation Plus pack, which bestows the MINI with an infotainment and navigation system borrowed from more expensive BMW cars. Both systems have an easy-to-use rotary dial between the front seats that you twist to scroll through the menus and press down to make a selection.

However, the more advanced system comes with a larger 8.8-inch screen that doubles as a touchscreen, and you can even write post codes or search for contacts via a handy handwriting pad.

Navigation Plus also comes with wireless charging, more online connectivity and Apple CarPlay, but you can't have Android Auto. 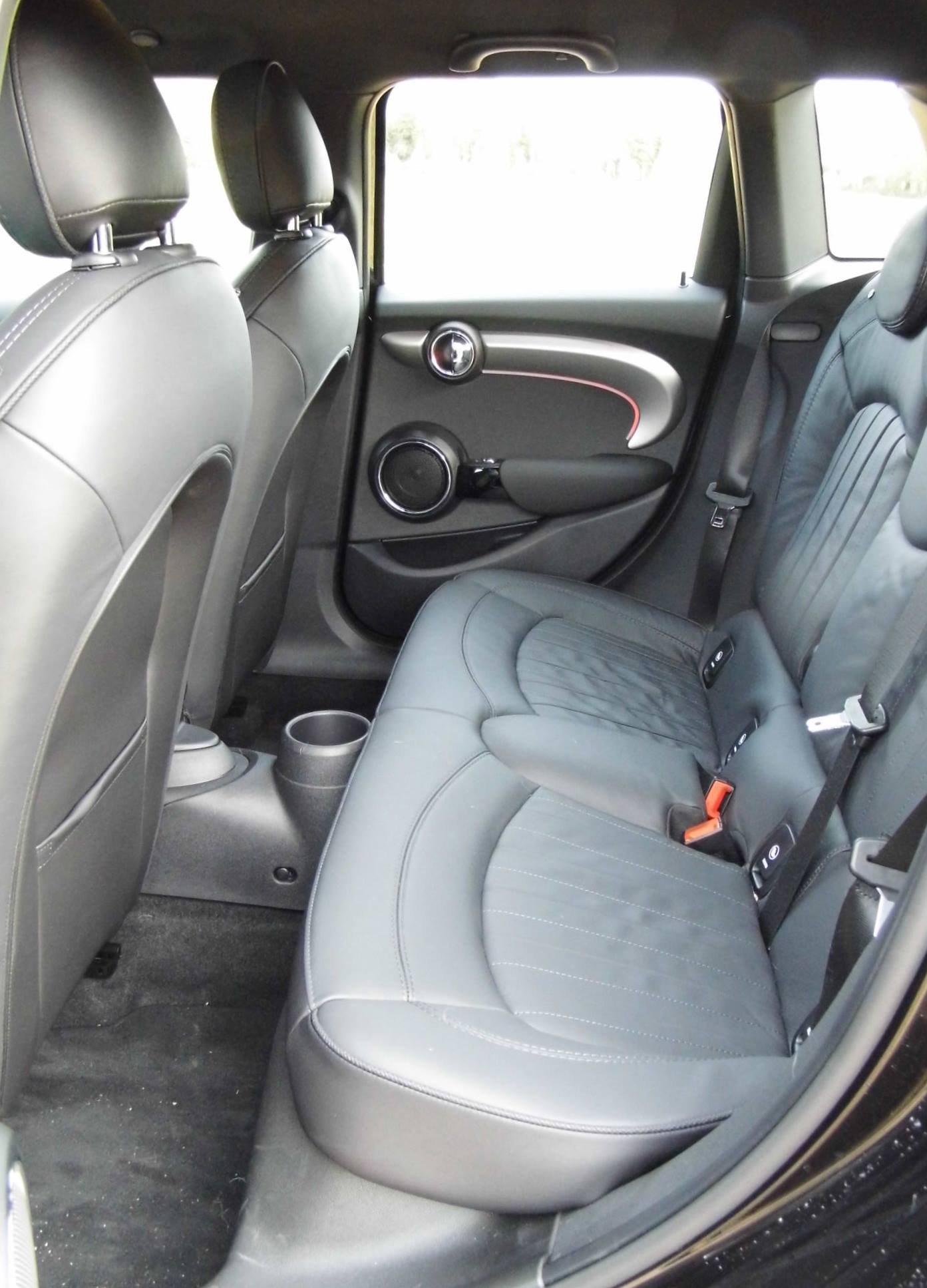 The quality of materials used inside are of premium quality, with soft-touch plastics deployed in critical touch zones, while the buttons, switches and dials feel nicely damped. It looks great, too, with a cheerful design that’s made to feel special by touches that include extensive ambient lighting.

The seats are supportive and apart from limited forward movement, there’s plenty of adjustability to help set everything up as close to ‘good enough’ as you can.

The extra length of the five-door MINI over the three-door translates to an extra 3cm of leg room and 1cm of head room for the rear passengers. It might not sound like much but it is competitive for the class.

Getting into the back isn’t as easy as it is in most five-door rivals because the door openings are rather narrow and you have to step over a hefty sill. Still, it’s better than wedging past one of the front seats on the two-door to get back there.

At just 278 litres, the boot isn’t as big as that in an Ibiza, a Ford Fiesta or Skoda Fabia, but it’s still large enough for a big weekly shop. 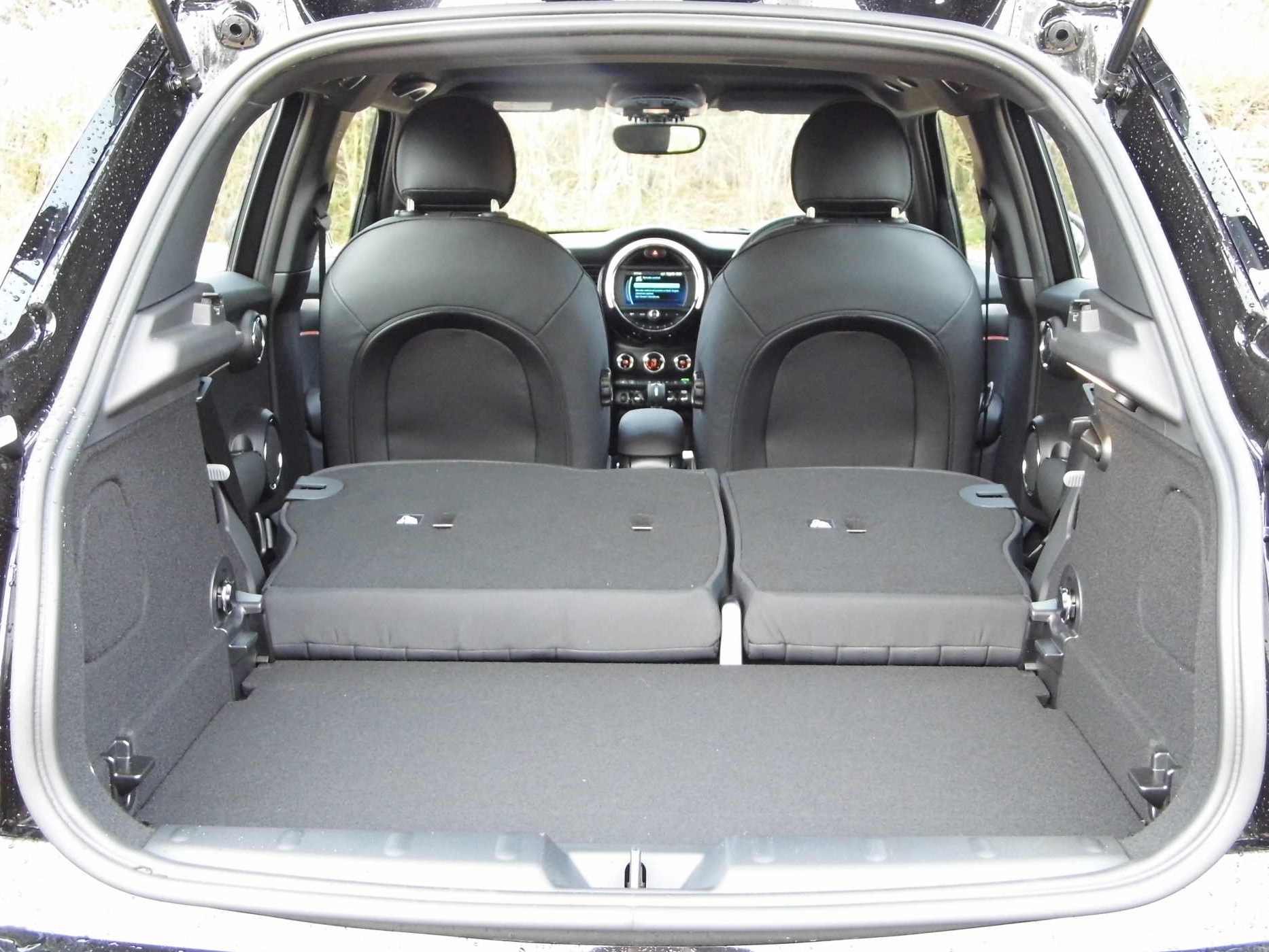 However, there’s a substantial lip at the entrance to the boot which you have to lift things over. However, the optional storage pack gets around this issue by adding a height-adjustable floor that can be set to lie flush with the entrance of the boot. In its upper position, it also takes out any step in the extended load area when you fold down the rear 60:40-split seats (to reveal 941 litres).

The updates to the MINI range in 2018 brought a more simplified model line-up. Classic, Sport and Exclusive were introduced, each offering increased standard specification and a shortcut to a distinctive interior and exterior character of their choice. 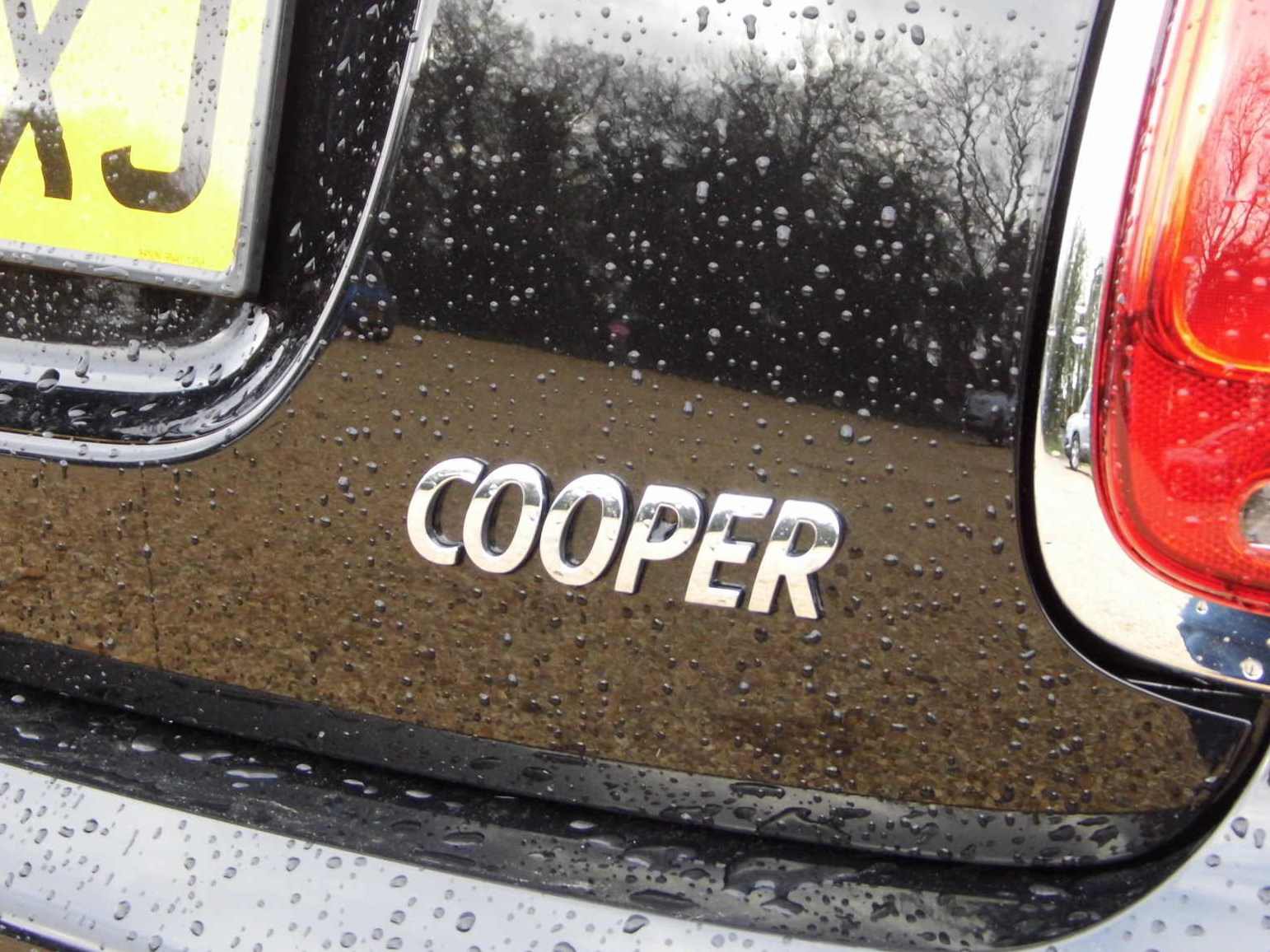 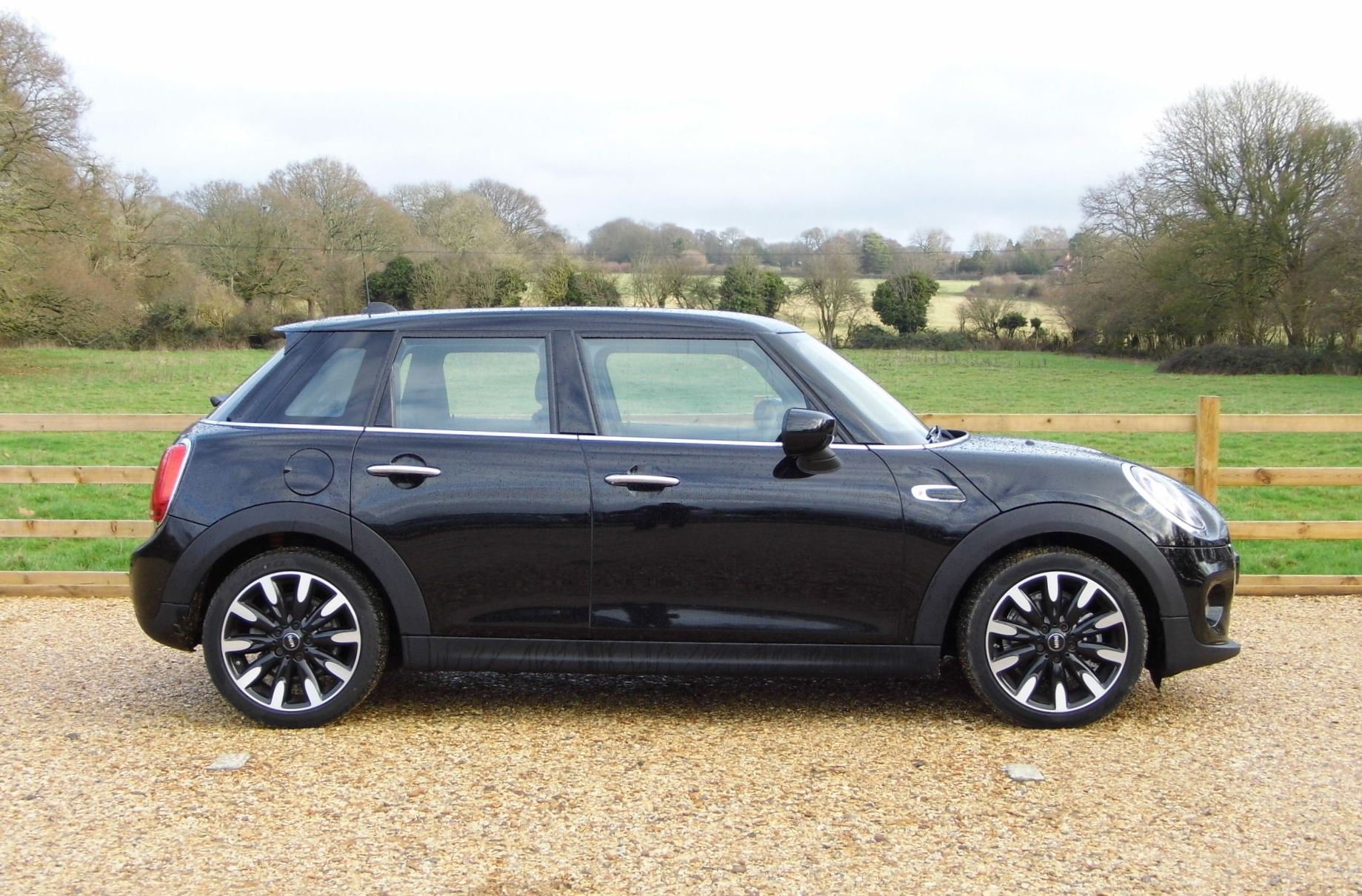 When ordering your new MINI, you typically pick from one of three petrol variants – One, Cooper and Cooper S – followed by a trim level; Classic, Sport or Exclusive.

Topping the standard range is the four-cylinder, 2.0-litre petrol Cooper S. This offers significantly improved performance as it packs 192hp, which aids it in sprinting from 0-62mph in 6.8 seconds. A special 60 Years Edition of the Cooper S is also available, which features additional kit and bespoke cosmetic tweaks. 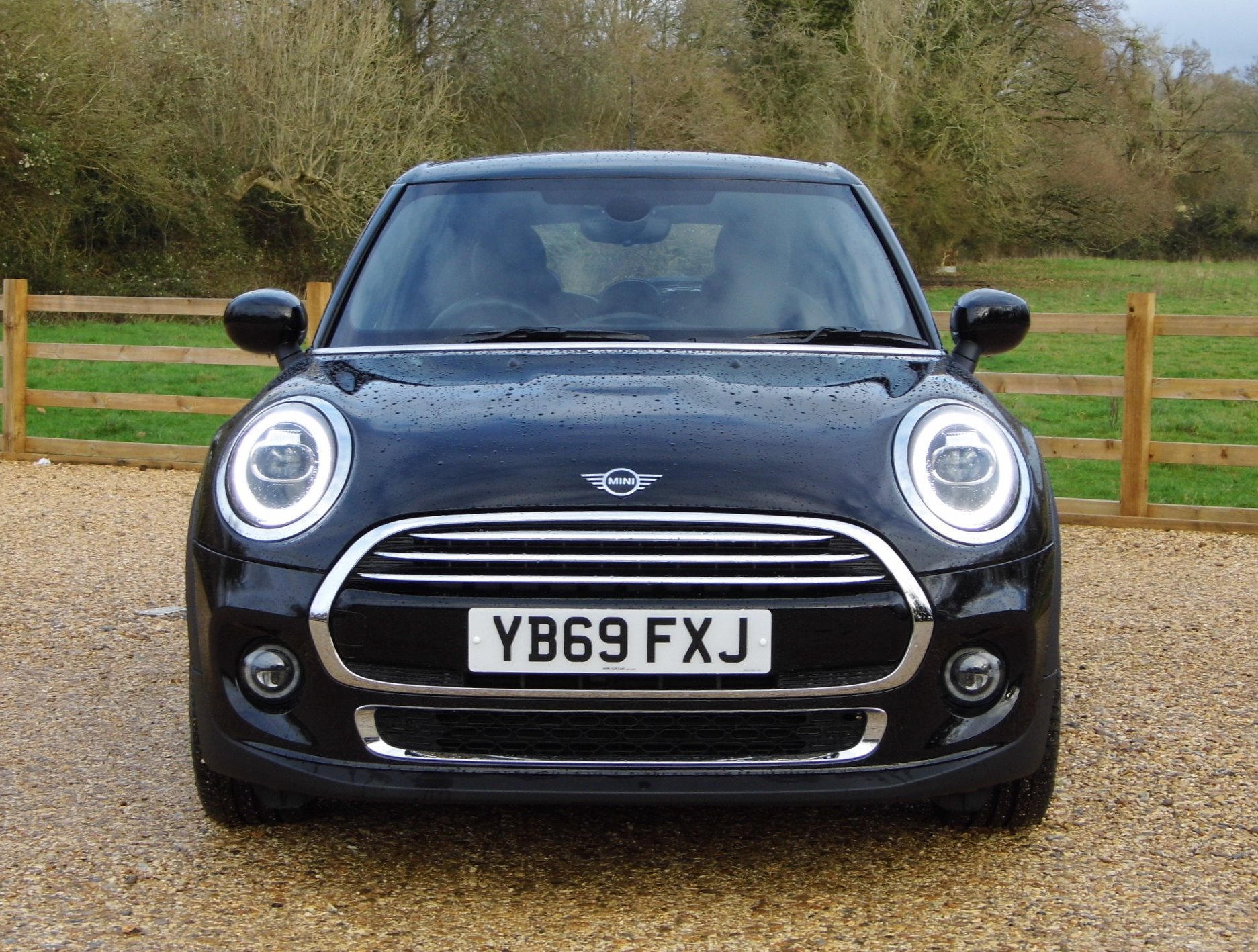 MINI introduced a dual-clutch DCT seven-speed automatic gearbox in 2018 to replace the older six-speed automatic, and the new gearbox is more in keeping with the MINI's sporty nature, providing smooth yet rapid gear changes – it’s just a shame there are no shift paddles behind the steering wheel.

Prior to 2018, the MINI was available with Cooper D and Cooper DS diesel versions, but these were removed from the line-up after the 2018 updates. 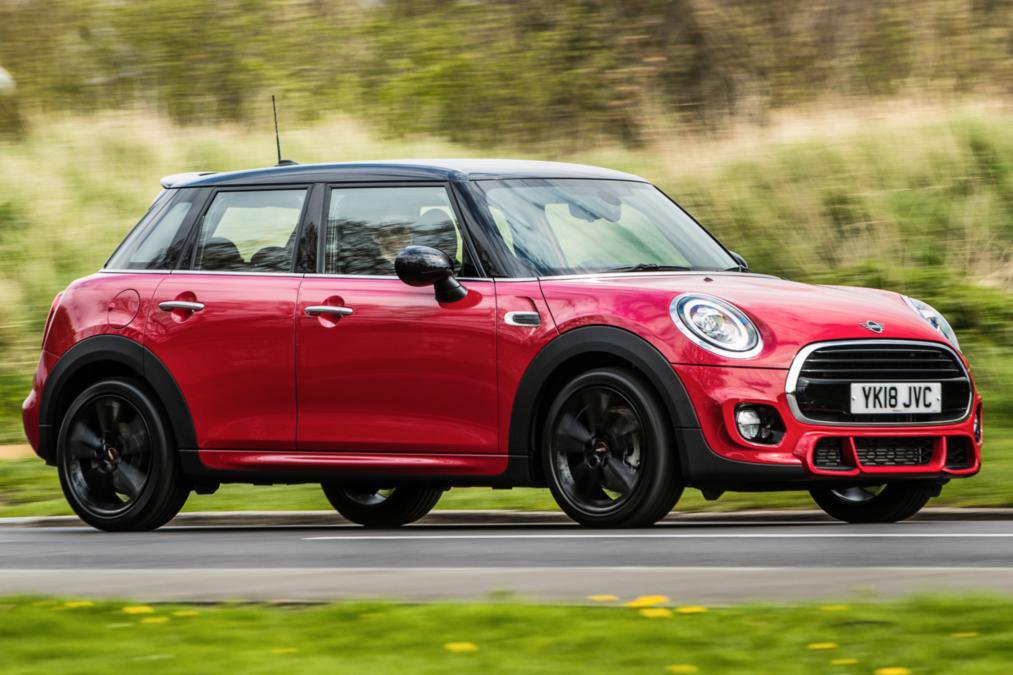 A MINI wouldn’t be a MINI if it wasn’t bursting with character or good fun to drive: fortunately, the MINI 5-door has both of these qualities in abundance. It’s slightly heavier than the three-door model, but its light, accurate steering ensures the nose goes exactly where you point it. The ride is on the firm side but settles down comfortably at motorway speeds and there’s very little lean in corners.

The relative lack of wind and road noise makes it feel like a very grown-up small car. Factor in strong acceleration and this is a surprisingly relaxing long-distance cruiser. 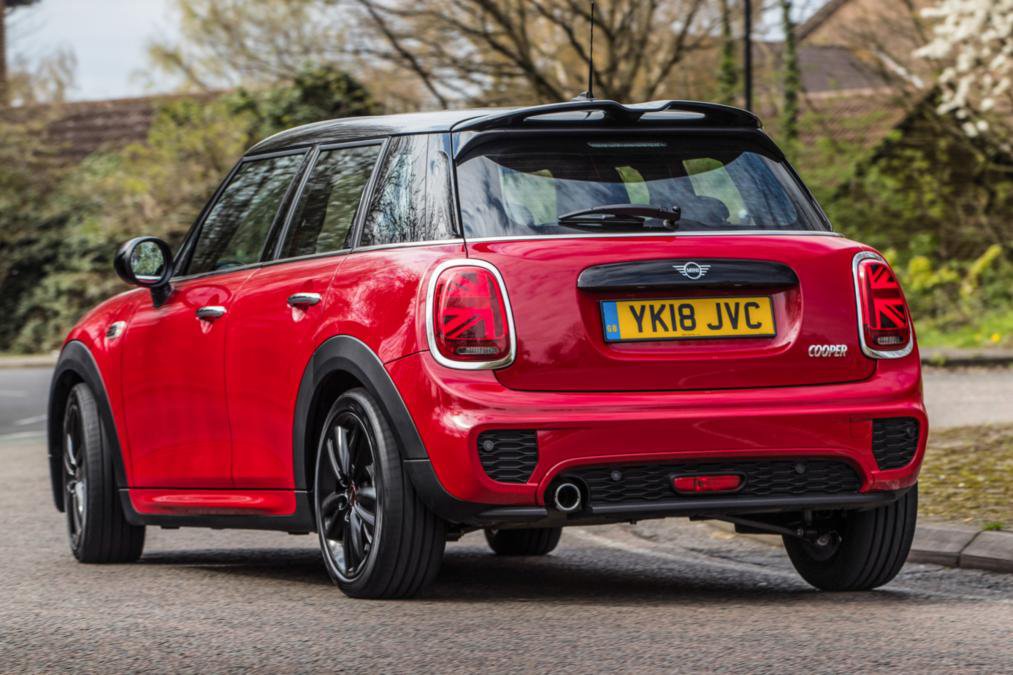 Of the engines available, it’s the 136hp 1.5-litre three-cylinder turbocharged petrol Cooper as tested that shines brightest. It’s quick and keen to be revved – but not so powerful that it races to unnecessary or unmanageable speeds. It really suits the character of the car and has that throaty 3-pot burble that sounds great!

While the MINI five-door hasn’t been crash-tested by Euro NCAP, the three-door MINI on which it’s based scored a respectable – rather than exceptional – four out of five stars in 2014. 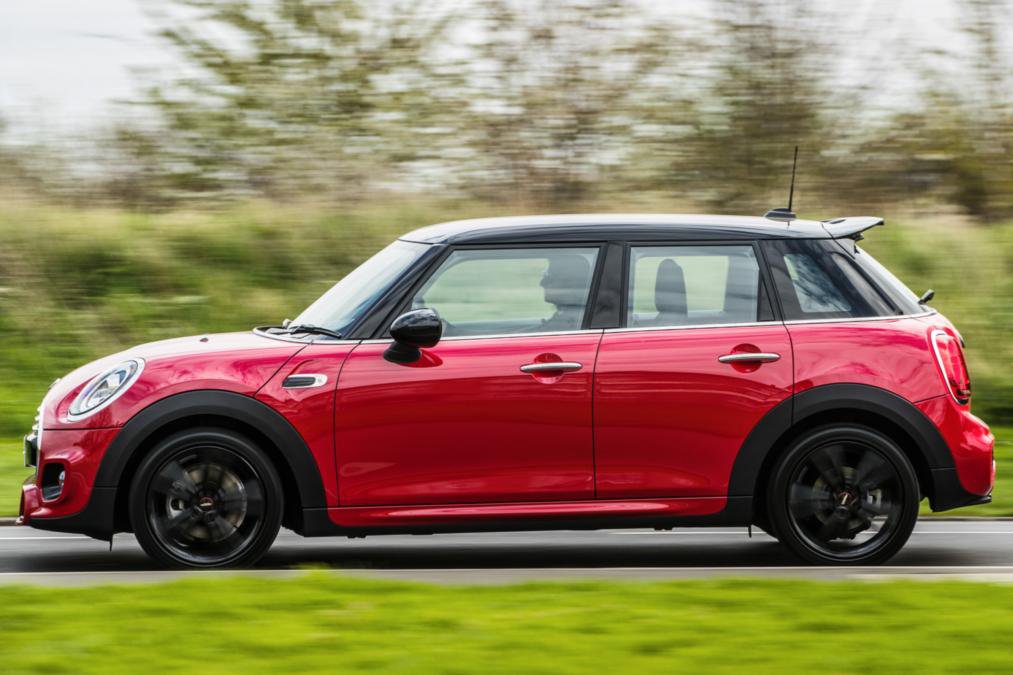 The car certainly has a full range of airbags (six, to be precise), as well as three ISOFIX child-seat mounting points, plus traction control and anti-lock brakes. The optional adaptive cruise control features a collision-mitigation function, too. This attempts to prevent front-end crashes by automatically applying the brakes if it detects an imminent impact. Meanwhile, the model’s new longer and higher nose protects pedestrians more effectively than before.

Size has always mattered and the extra inches on the five-door means it’s a more practical model if parking a MINI on your driveway is a must. You get a comfortable, well-built and appointed car that is practical enough to suit your work/life balance and offers relaxed cruising for those occasional intercity runs.

* Browse our top leasing deals on the five-door MINI Cooper. 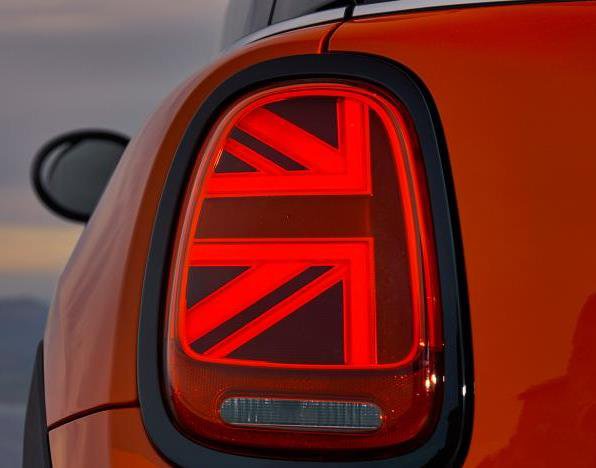 Last year, MINI ramped up the power of its quick Countryman JCW varian...

Specifications have been released for the KIA XCeed and Ceed Sportswag...

Ahead of its summer launch, Skoda has released new dynamic and locatio...