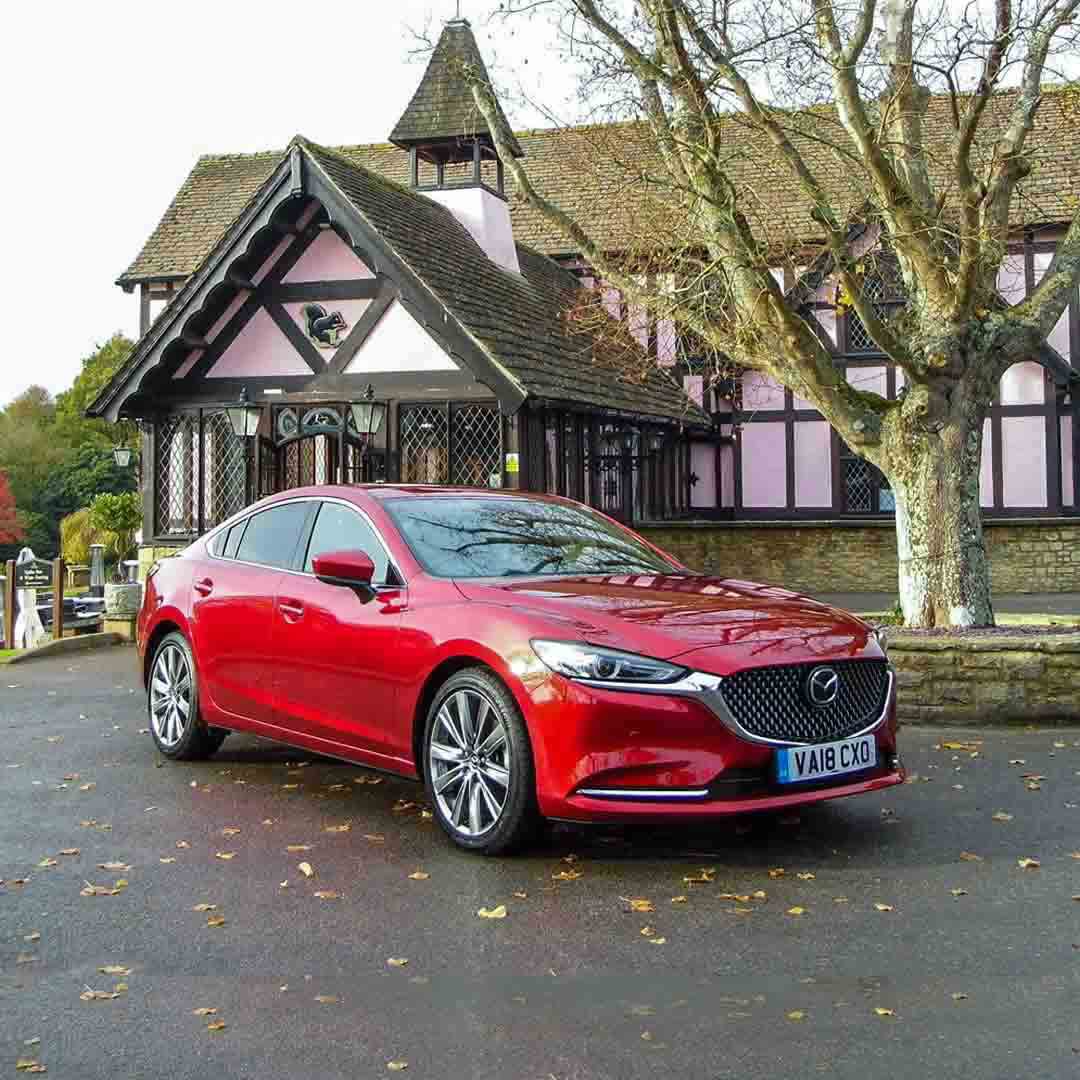 Mazda6 Review: The Joy of Six

There was a time, not too many years ago, when large saloons and estates held far stronger positions in the sales rankings than they do today.

Traditional players like Mercedes, BMW and Audi continue to lead the current albeit diminished pack with the C-Class, 3 Series and A4, but other mainstream manufacturers operating in the sector refuse to wave the white flag. 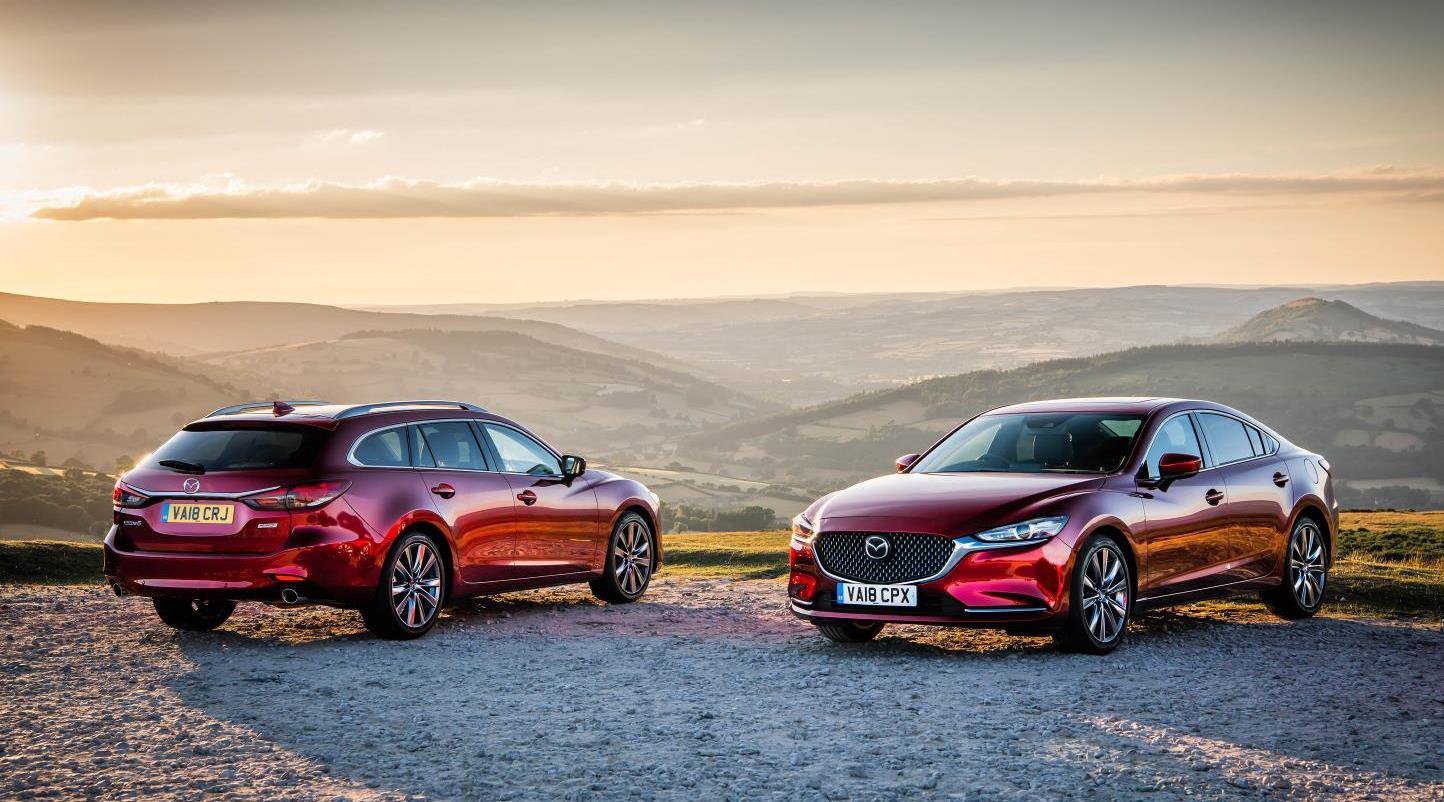 One of those is a bit of a sleeper amongst its peers, the impressive Mazda6. Since its arrival in 2002, it has always been a sharp-looking car offering frugal engines, a pleasant interior and decent equipment levels.

The current, third-generation Mazda6 Saloon and Tourer arrived in UK showrooms in January 2013. Both received a light sprinkling of cosmetic updates in 2015, but last summer both the 6 Saloon and Tourer received significant upgrades to keep the model fresh to market. 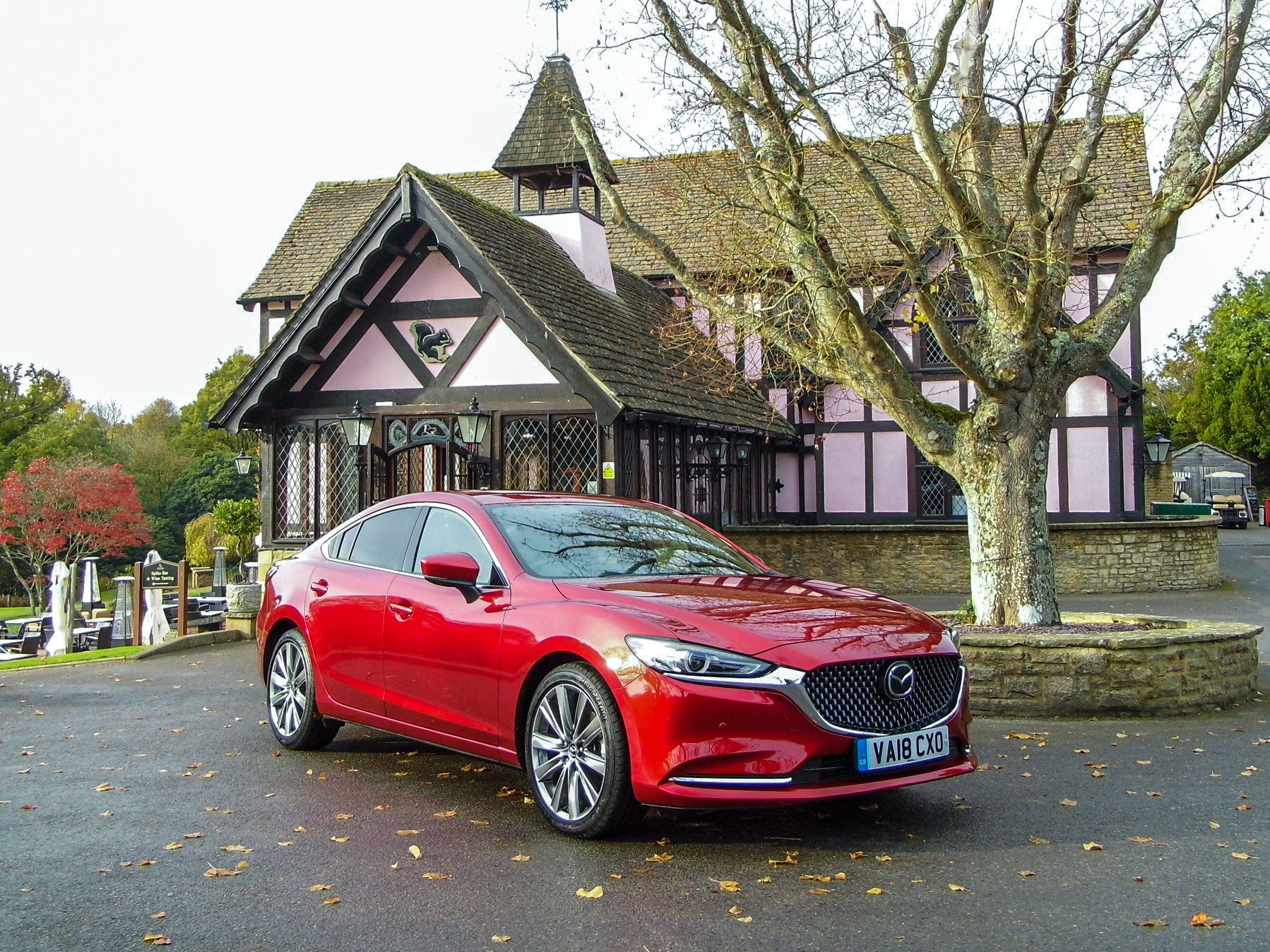 What’s new for the latest Mazda6? 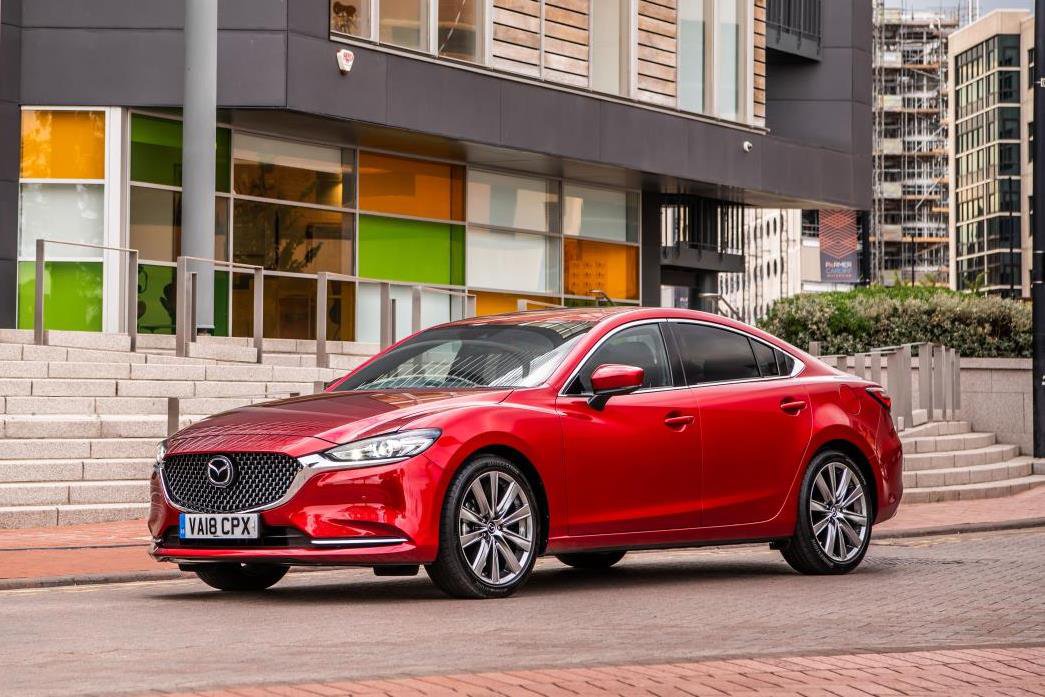 Those with a keen eye will likely notice the new grille, which is deeper set and shinier than before with a new mesh, while updated headlights are now surrounded by a bit more chrome. A few minor changes appear at the back in the form of a subtly redesigned rear bumper and boot lid, but the big news with this facelift is found in the cabin… 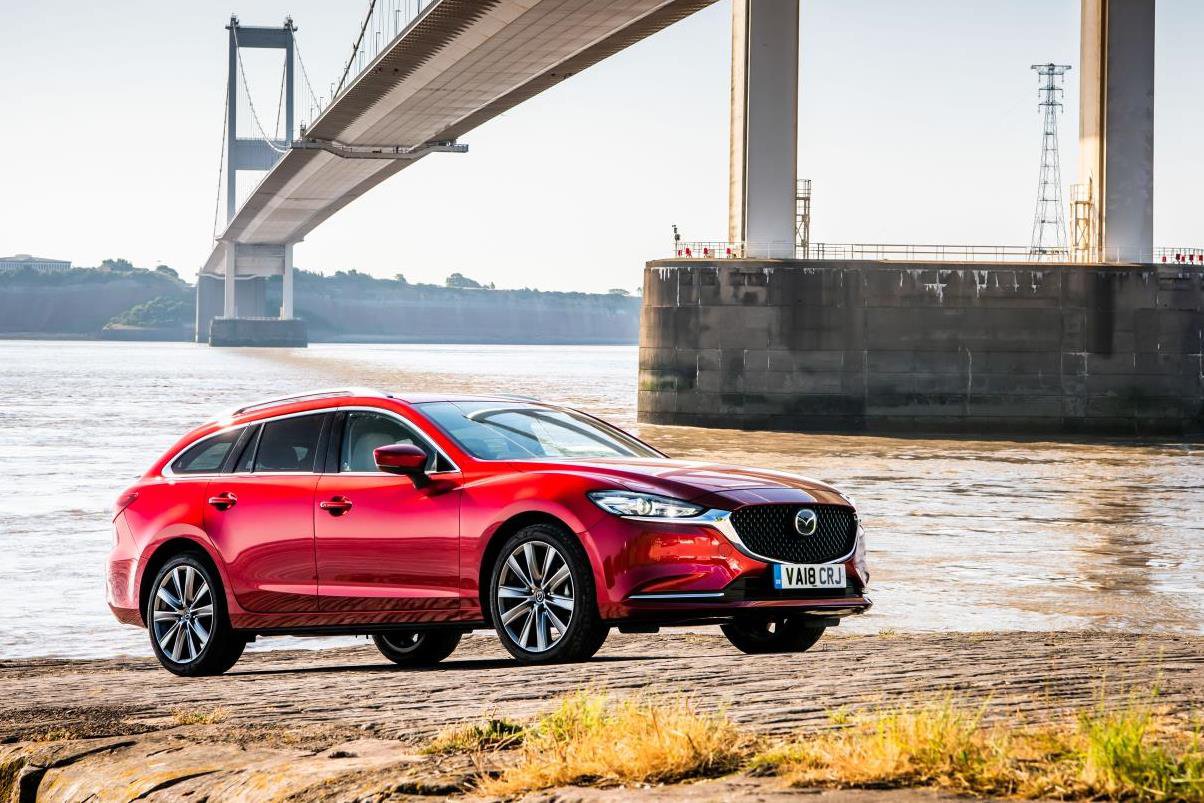 Here where the upgrades to the new Mazda6 really become evident. Higher quality materials and technology combined with refinements to the cabin design deliver more of an understated sense of luxury. There's now a larger eight-inch centre-dash display screen, plus a seven-inch TFT display positioned in the driver's instrument binnacle and the adoption of a full colour windscreen projecting a head-up 'Active Driving Display'. 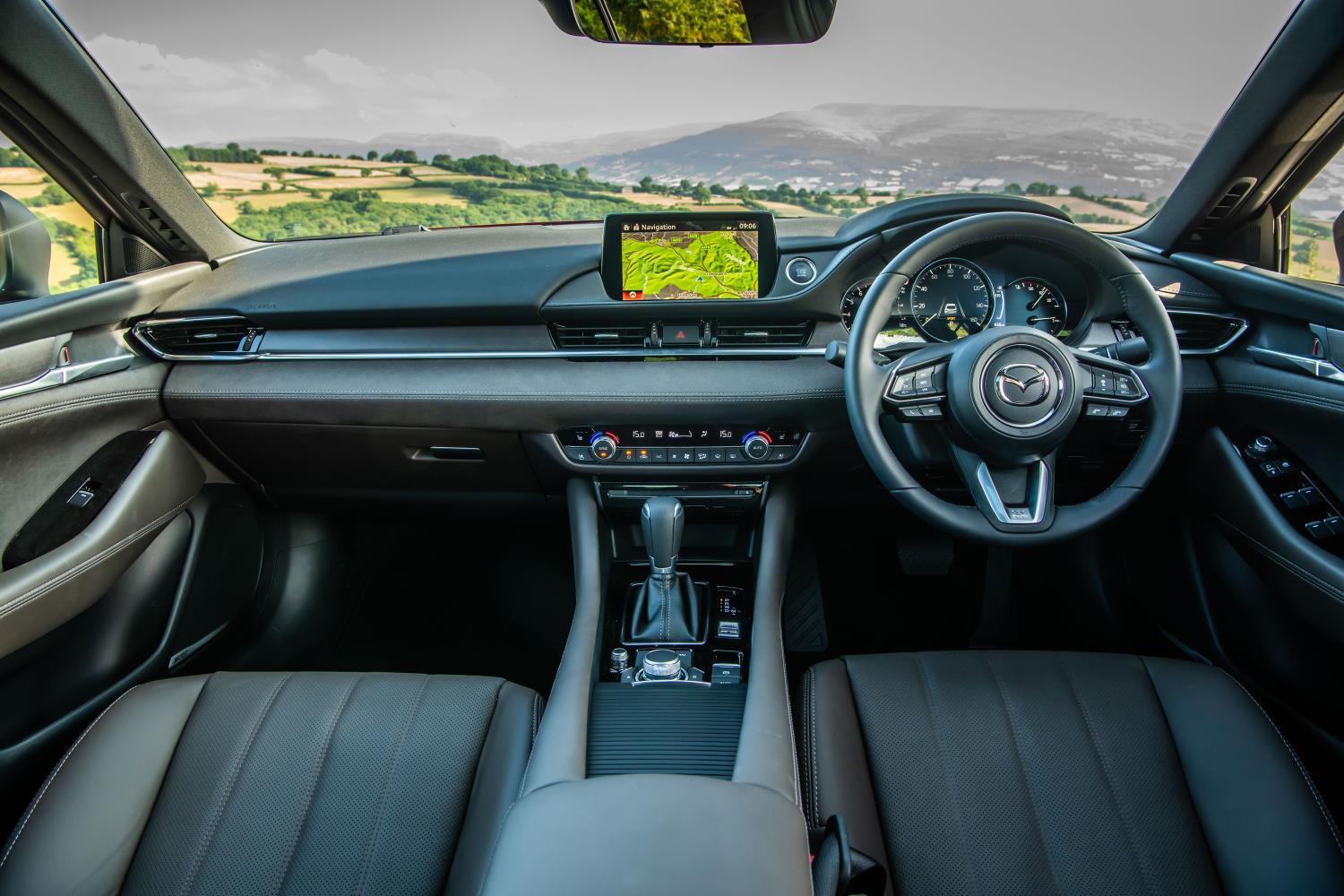 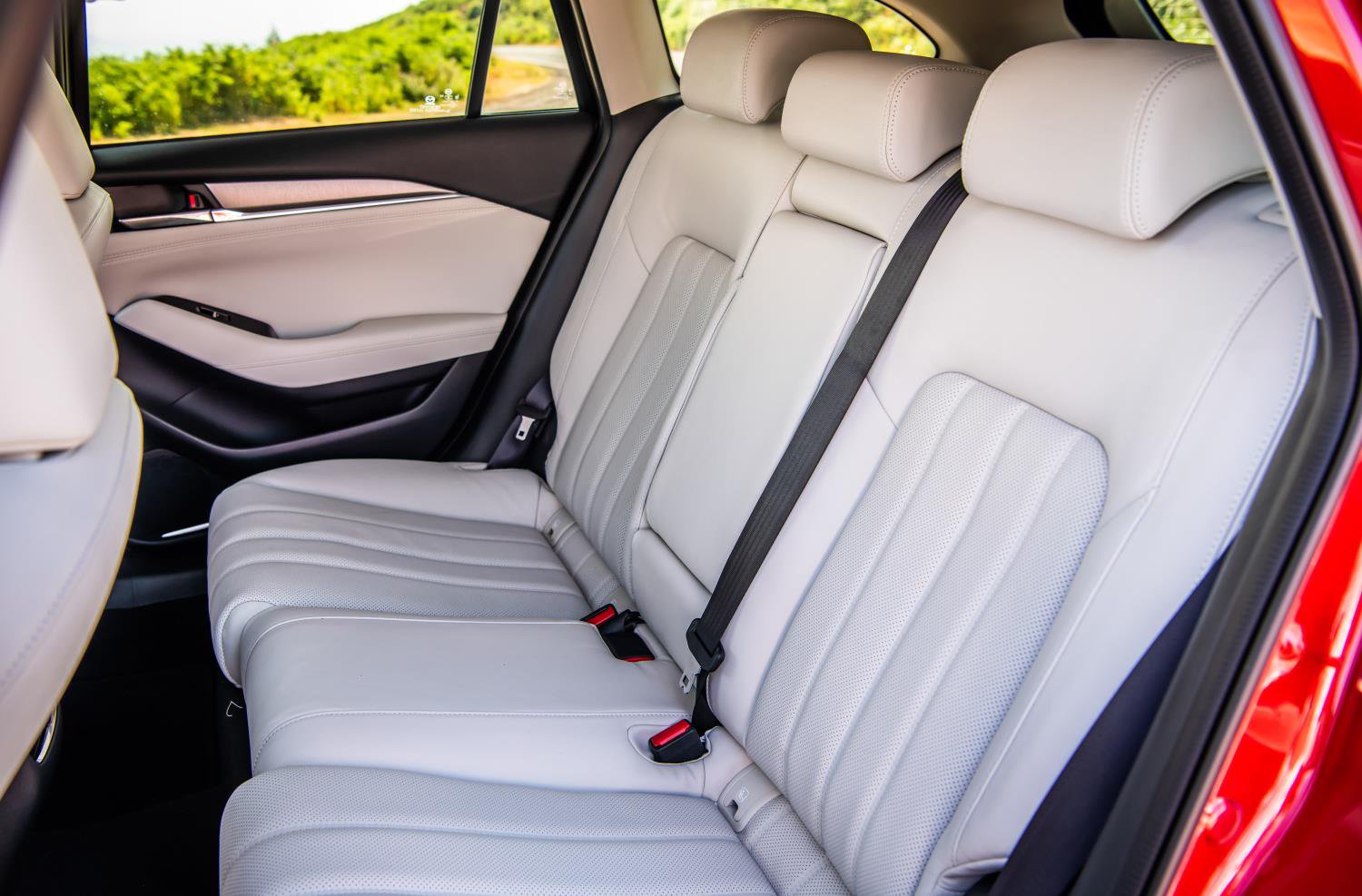 There are plenty of storage options for everyday family detritus, from the large glovebox and door bins that’ll fit a bottle of water to the tray for your mobile in front of the gear lever. There’s also a sizeable lidded cubby in the centre console.

While the old Mazda6 saloon had a 500-litre boot, the latest car has a narrower opening and can carry just 480 litres behind the rear seats. That makes its standard boot capacity less than those of the Mondeo and Passat and far behind the extra 100 litres available in the Skoda Superb.

However, as we rarely ever load our cars to the roof, practicality is not just about how much you can carry. The large Mazda is easy to live with, thanks to useful features such as a pair of handles in the boot for popping the rear seats down and a totally flat boot floor, which is essential for loading longer items.

Once the back seats are lowered, the Mazda6 saloon can carry a very useful 1,632 litres of luggage – a figure that's much more competitive with the best in class. 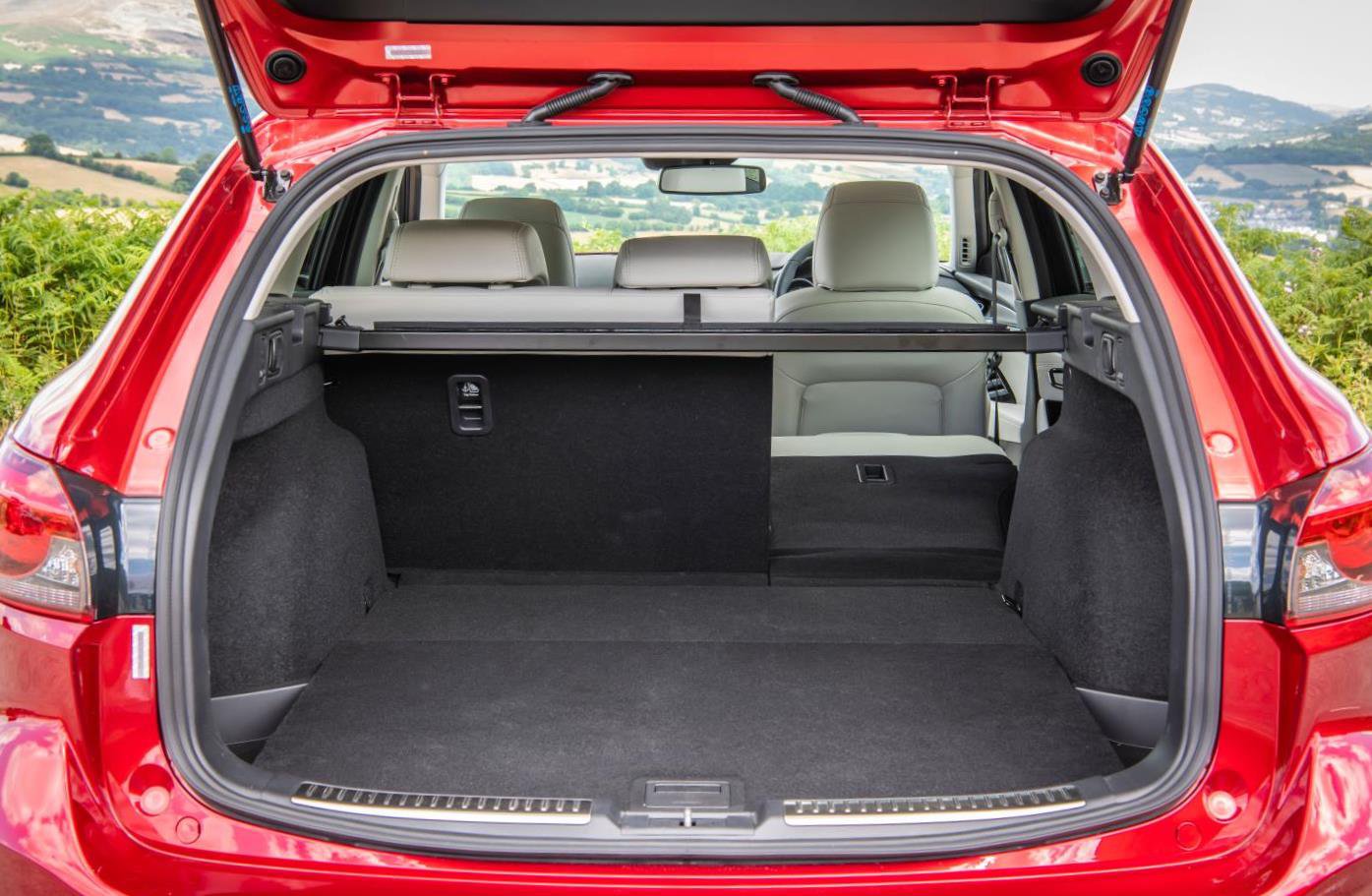 As expected, things are a little different in the Mazda6 Tourer. The boot is of course larger at 552 litres (Mondeo 525 litres). Mazda has also given the car some neat features such as a load bay cover that rises up with the boot lid so you don’t have to slide it forwards and backwards, as well as a useful partition that can stop the family dog slobbering over the rear seats.

As in the Saloon, the back seats in the Tourer drop easily via a couple of latches, which enables a total load capacity of 1,648 litres and a flat floor with no lip to the load tray.

The new Mazda6 Saloon and Tourer range features 25 models across four trim levels: SE-L Nav+, SE-L LUX Nav+, Sport Nav+ and GT Sport Nav+. (As navigation is standard across the full model line-up, the use of ‘Nav+’ is rather pointless.) 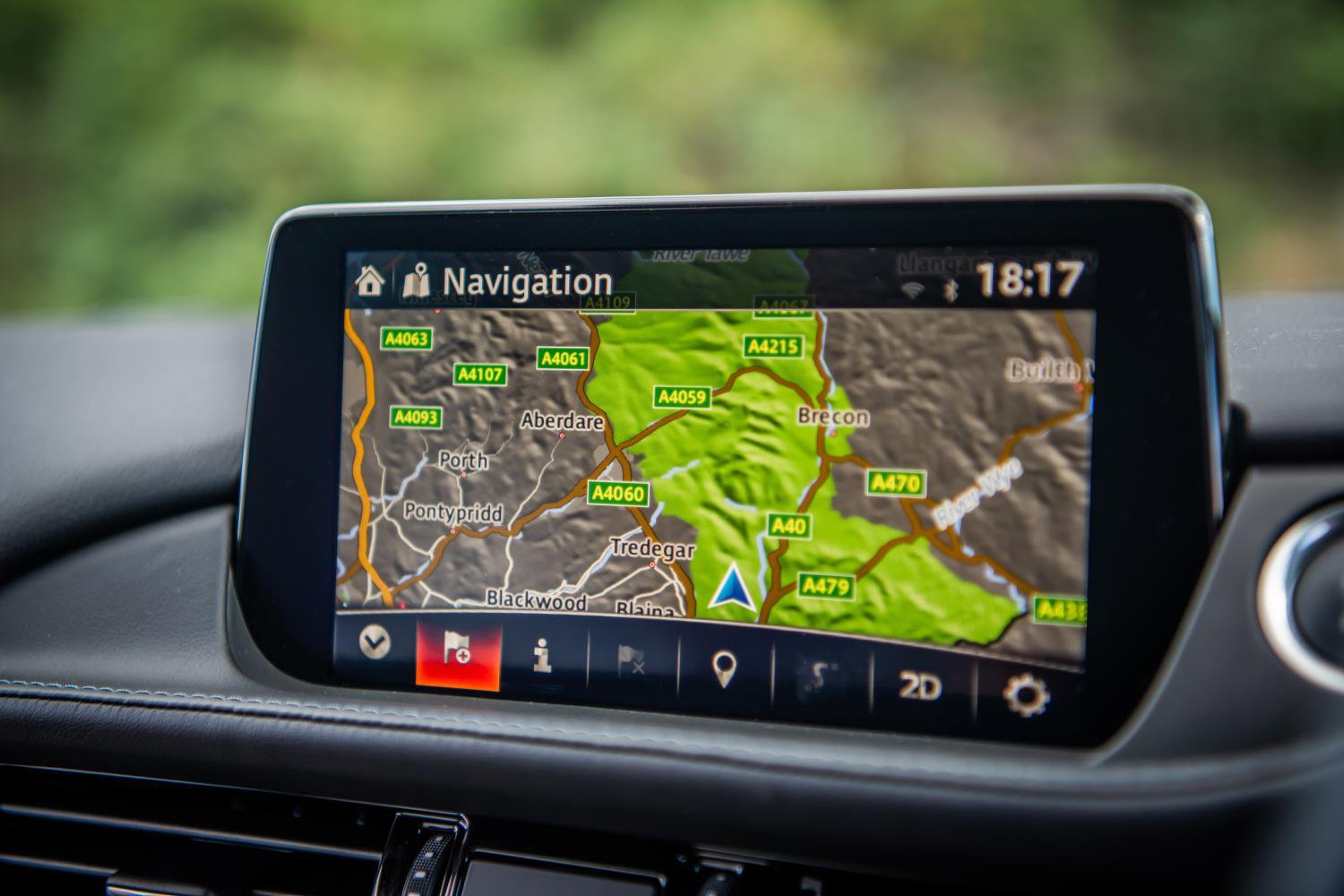 As an indication, there's a difference of just over £900 should you prefer the Tourer estate body style over the Saloon, and there's a £1,400 premium if you want your Mazda6 with an automatic gearbox.

In addition, all models get alloy wheels of at least 17-inches in size, plus auto headlamps and wipers, power-folding mirrors, full-LED headlights and privacy glass. 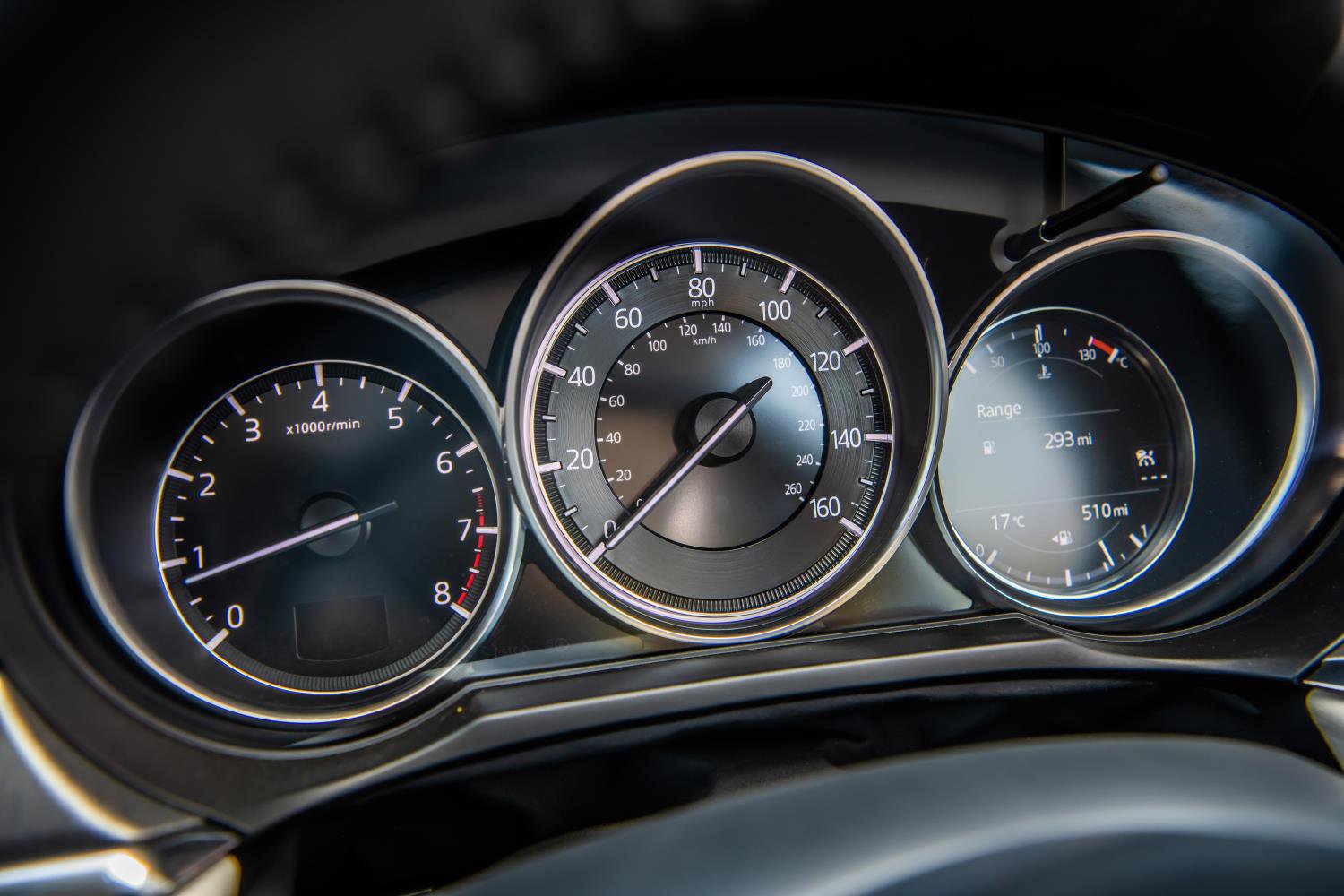 Inside, there's an MZD-Connect infotainment system with an 8-inch screen and a multimedia commander, via which you access the navigation, Bluetooth phone-linking, a DAB audio set-up and internet app integration. Plus there's dual-zone climate control and a speed limiter.

As previously, most Mazda6 models will be sold with either 2.0-litre petrol or 2.2-litre diesel SKYACTIV power plants. The 2.0-litre SKYACTIV-G petrol unit is available in two states of tune (143hp / 163hp) and has been enhanced with redesigned intake ports, revised pistons and a more advanced fuel injection and cooling set-up.

Output of the more punchy 2.2-litre SKYACTIV-D diesel remains unchanged at 148hp in its base form, but generates 184hp (up from 175hp) in its highest state of tune. 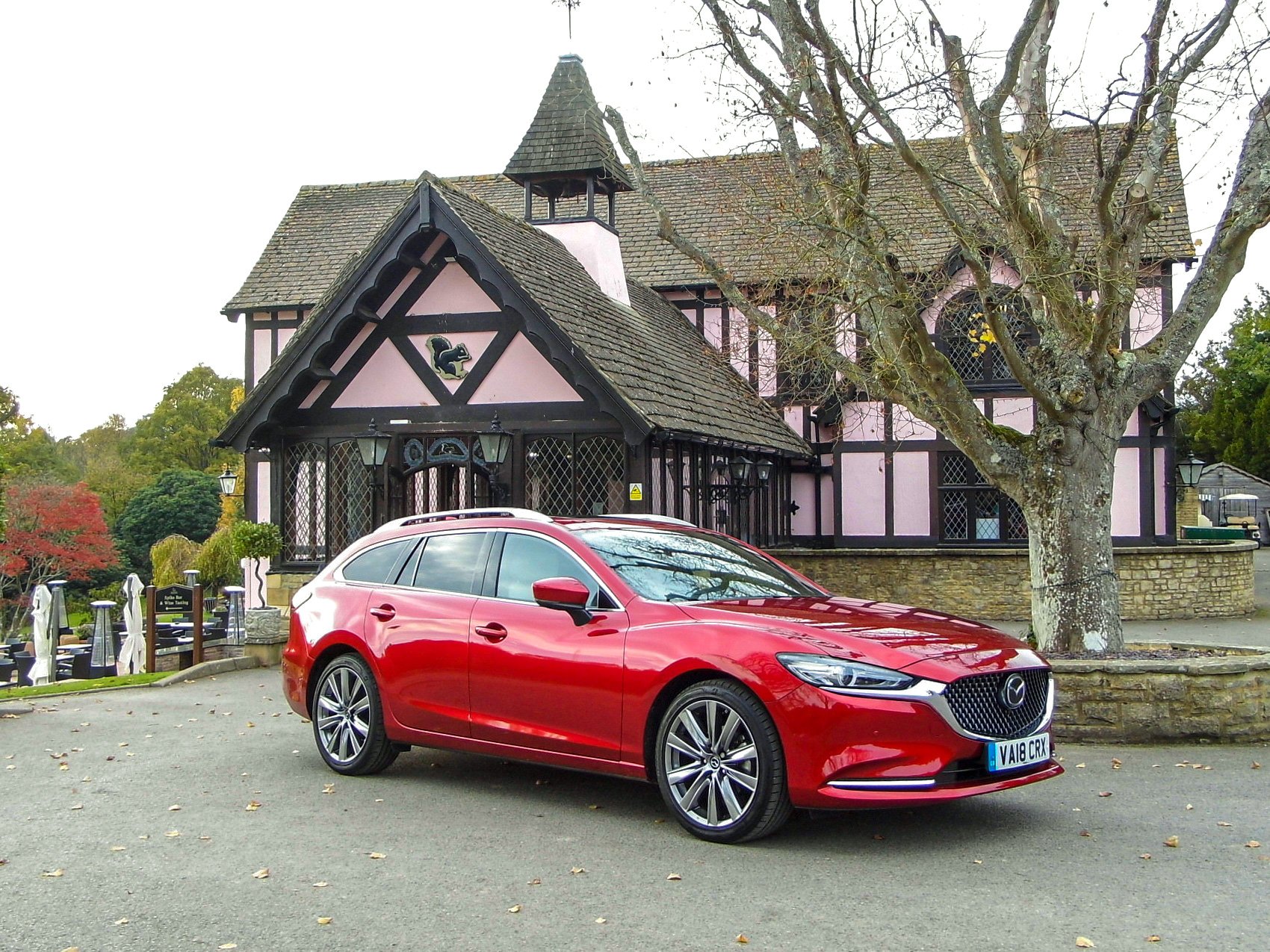 There is a new option to the UK’s engine line-up – a 191hp, non-turbo, 2.5-litre petrol SKYACTIV-G unit borrowed from the gargantuan CX-9 SUV offered in the USA. It is available only with Mazda’s SkyActiv-Drive six-speed automatic gearbox.

Adding a larger engine to the range seems incongruous in these down-sizing times, but the 2.5-litre's clever cylinder-deactivation system means that it doesn't always run as a 2.5-litre engine – it can cut fuel to two of its four cylinders when full power isn't required, offering fuel economy roughly the same as the 2.0-litre engine, despite the extra power. 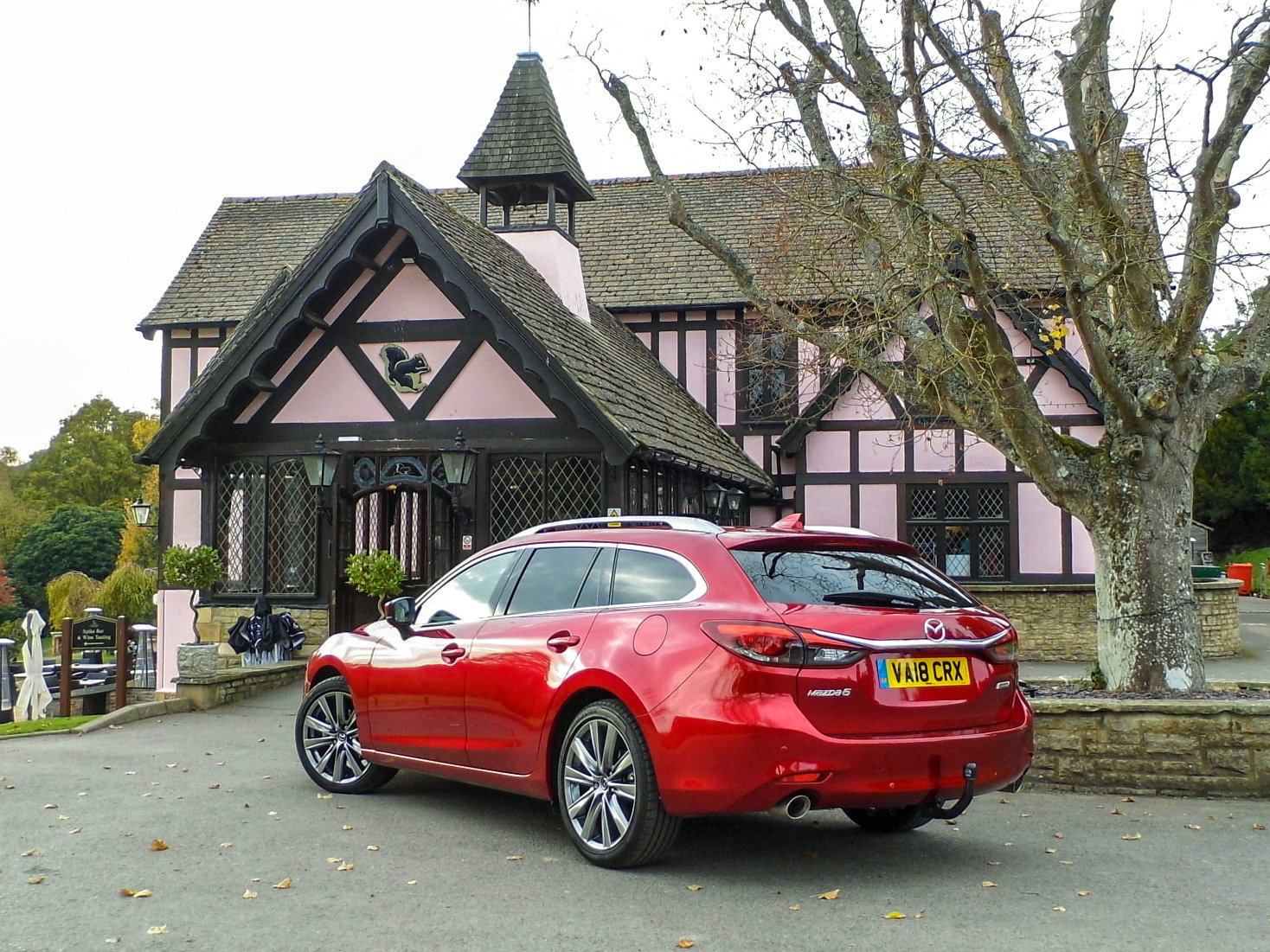 However, as powerful as it is, the 2.5-litre unit still doesn’t have the low-down pulling power of the diesels, so it can feel a bit gutless off the mark and the engine is too raucous when you work it hard as the automatic hunts for and gathers up the right gear at the wrong time. If you want petrol power, opt for one of the lower-powered 2.0-litre versions – where the auto-box is far better suited.

Family saloons and estates are rarely thought of as entertaining driver's cars, but both body styles of the Mazda6 have always been fun cars to drive – and the suite of updates to the suspension have made it more so. The steering is light and accurate and you won’t be bothered too much by noise from the engine or tyres. 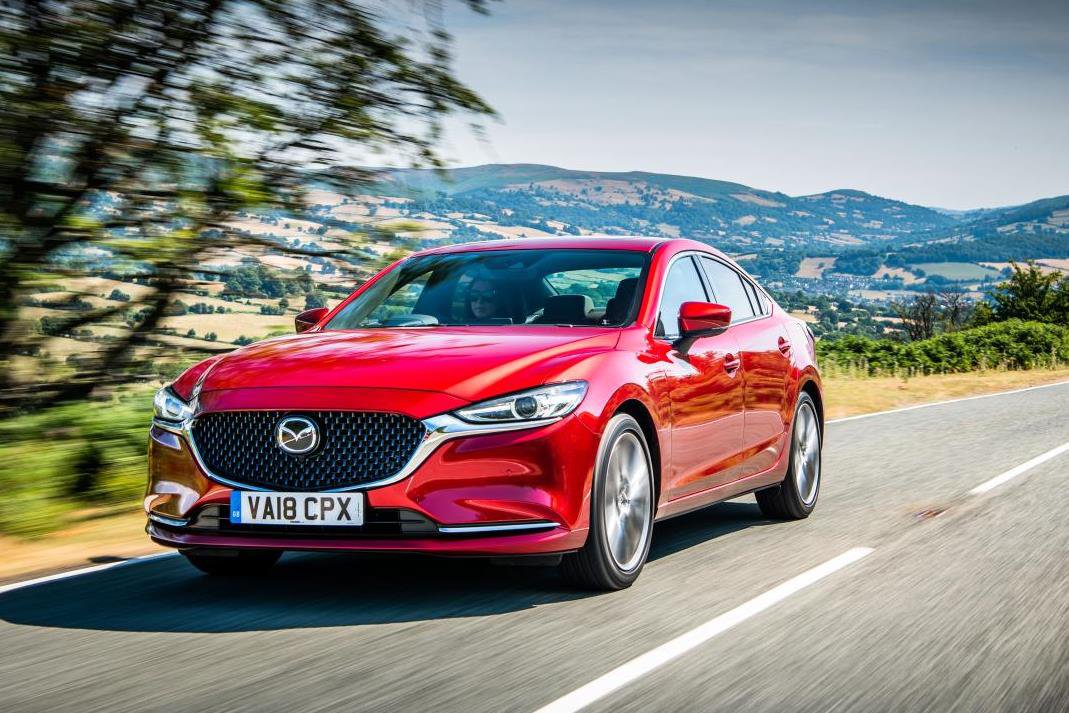 The brand's engineers have spent time trying to give these big cars the same agile handling as the diminutive Mazda MX-5 sports car. Of course, the Mazda6 weighs a lot more than that little convertible, but the steering, pedals and gearbox all have the same beautifully weighted feel that makes the MX-5 so engaging. 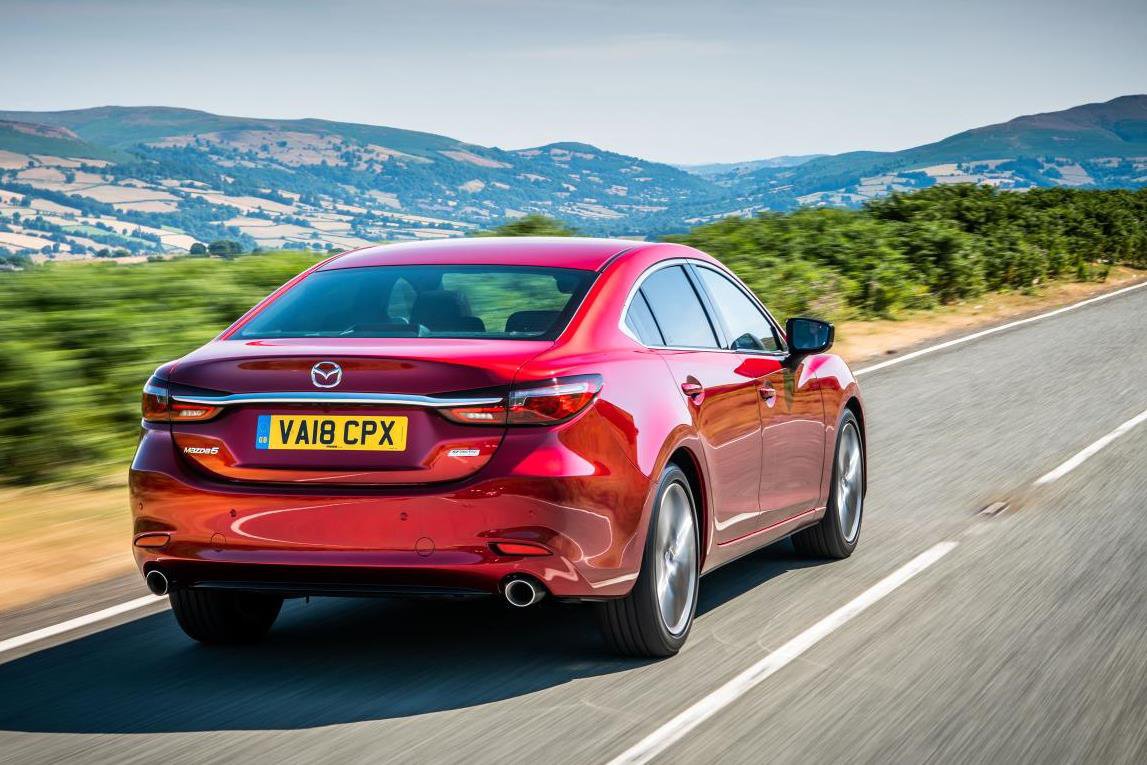 Ride quality on the new Mazda6 is slightly on the firm side, so this car is at its best on smooth roads. Bumps and potholes make the wheels thump and bounce. On the plus side, this does mean the handling is great, with excellent agility and plenty of grip from the rubber underneath.

If sharp handling isn't on your wish list, then you're probably better off avoiding the Sport and GT Sport models. The larger 19-inch wheels may look great, but the make the already-firm ride even more noticeable. When tested by Euro NCAP in October 2018, the upgraded facelifted Mazda6 Tourer scored five stars for crash safety, with 95% for adult occupant protection.

With a well-engineered chassis, high curb appeal and a well-equipped, high-end interior, the Mazda6 Saloon makes a great choice – and the Tourer estate is available should your lifestyle require more space from your car.

The new 2.5-litre engine option isn’t my pick of the range though, especially as it is ill-paired to the auto ‘box. Petrol buyers should stick to one of the more cost-effective – but sweeter – 2.0-litre engines instead.

Saloons may be getting less popular, but if you value driving experience over clone-like SUV styling, the Mazda6 is worth a long, hard look.