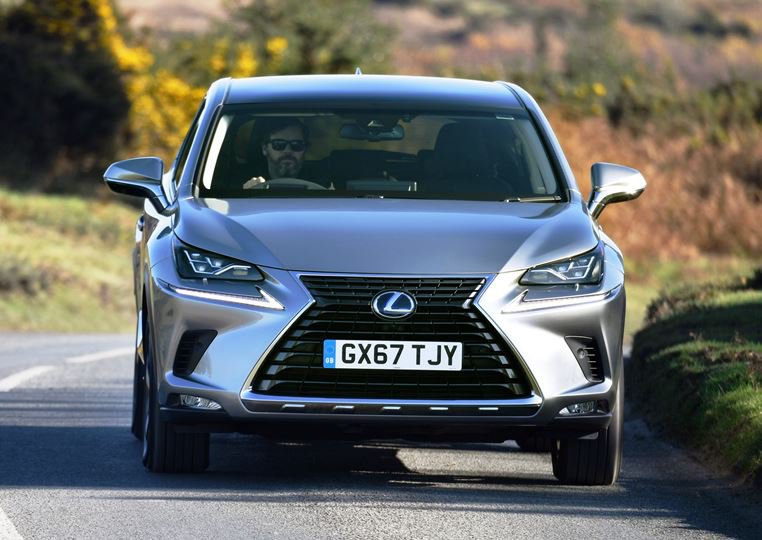 In a very competitive class, the Lexus NX will certainly help you stand out from the SUV crowd with its striking design, while the upmarket, high-quality interior adds to its appeal.

Mid-sized sports utility vehicles. These days, no premium carmaker’s range is complete without one. Arriving in 2015, the mid-sized Lexus NX SUV was initially available in the UK in two forms – conventional petrol-powered and petrol/electric hybrid. However, due to low take up of the 200t petrol only variant, the NX is now only available with Lexus’s self-charging petrol-electric hybrid powertrain paired with a CVT transmission. 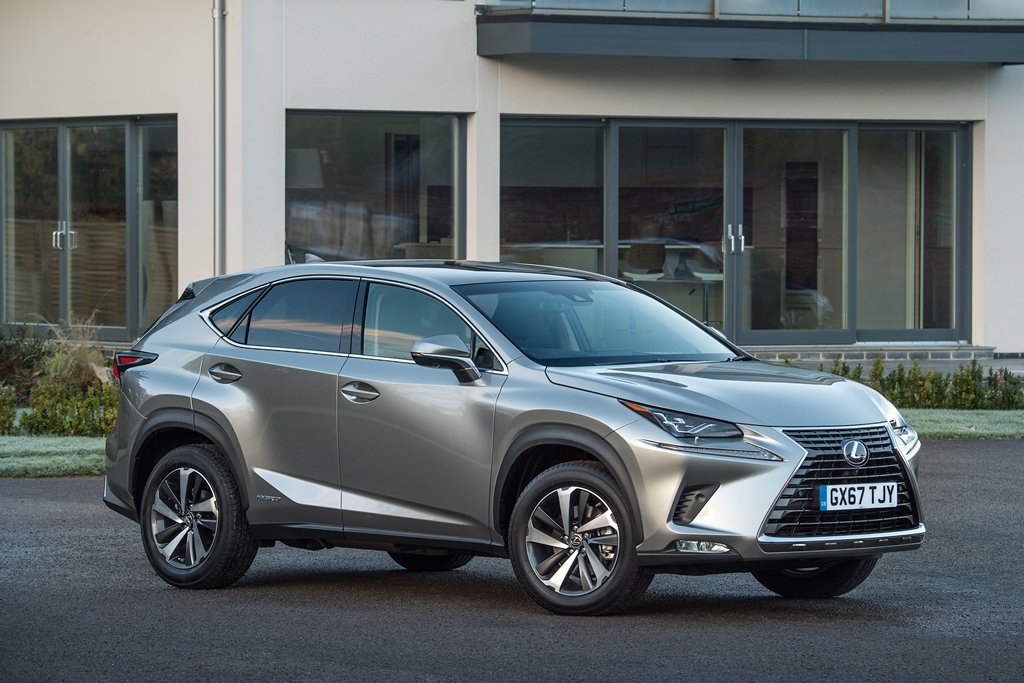 Little has changed with the Lexus NX since its introduction. A facelift in late 2017 subtly updated its looks with revised LED headlights, a slightly altered grille and more distinctive side air vents, updated rear lights and new alloy wheel designs.

For its 2019 model year, available trim grades on the NX were rationalised to just three – the ‘regular’ NX, F-Sport and top-end Takumi, each able to sub-divide into further trim levels by the addition of several optional equipment or styling packs. As part of the 2017 update, the centre HMI display grew to 10.3 inches in width, while the Lexus Display Audio screen was expanded by an inch as well. Toggle switches replaced a few buttons on the centre console, and the dashboard-mounted clock was made clearer. The interior of the NX is striking, and in typical Lexus fashion, everything feels solid and luxurious, with plush materials and supportive seats.

There’s a touchpad to control the car’s infotainment system, which has been made bigger and was given a handy palm rest as part of the 2017 update

Though it’s better than Lexus’ old ‘mouse’ system, the NX's infotainment touchpad still isn’t quite as accurate or intuitive to use as the rotary controllers deployed by Audi, BMW and Mercedes-Benz. The 2017 update brought toggle switches for the centre console, which Lexus claimed were easier to use on the move, and a larger analogue clock with bolder graphics and automatic adjustment via a GPS signal. 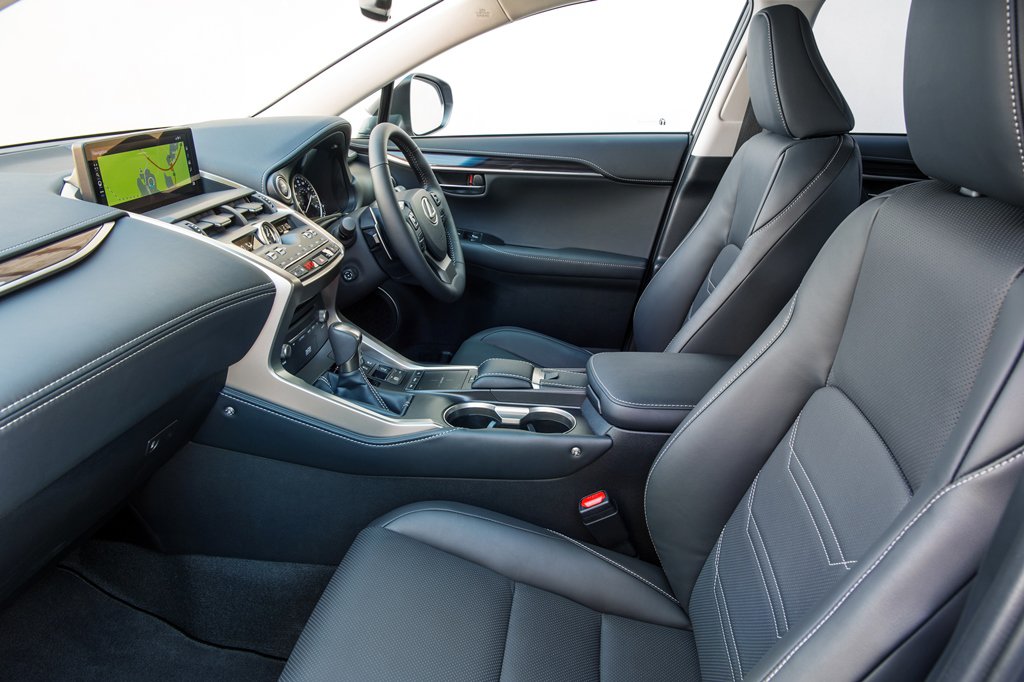 Passenger space in row two is adequate provided the driver isn’t too tall and a flat floor makes this good if you occasionally have to seat three back there. Headroom is fine for those of average height, but that sloping roofline will impinge on taller passengers.

Boot capacity is 475 litres in all NX models, increasing to 1,520 litres when the rear seats are folded forward. The electrically operated tailgate opens to reveal a good-sized aperture, but the load height is a little high. 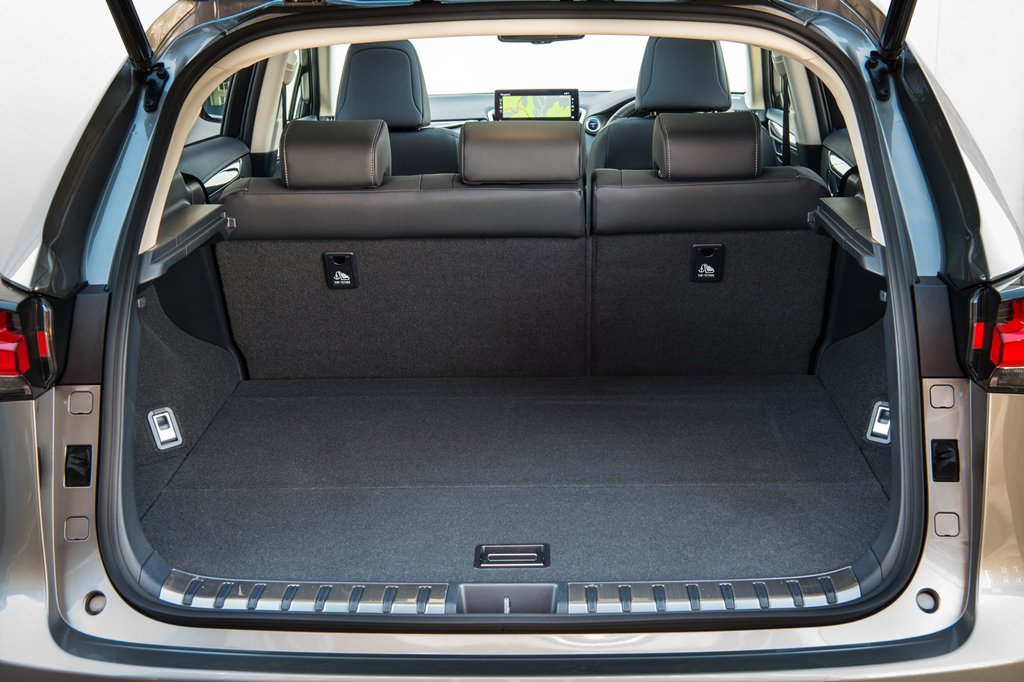 As mentioned above, the available trim grades on the Lexus NX were rationalised to just three in late 2019 – the ‘regular’ NX, F-Sport and top-end Takumi. 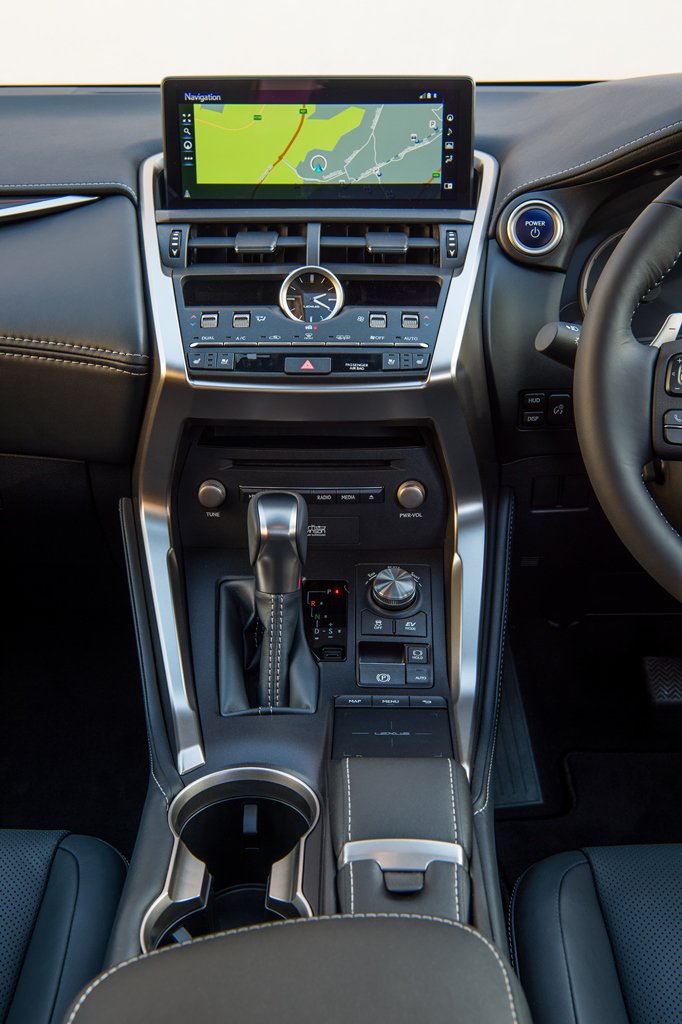 The Lexus NX 300h hybrid has a 2.5-litre petrol engine paired to an electric motor and develops a combined 195hp. It uses a CVT automatic gearbox with its accompanying drone under acceleration and takes a leisurely 9.2 seconds to get from 0-62mph, but feels even slower in day-to-day driving, especially compared with punchy turbocharged rivals.

As with the styling, the NX’s driving experience is likely to be an acquired taste. The combination of the hybrid engine and CVT automatic gearbox is intended to be a relaxing and becalmed experience, yet also occasionally frustrating. When gentle with the throttle, the Lexus will glide smoothly and serenely around town in near-silent electric mode – although the nickel metal-hydride battery’s range of around a mile is rather poor compared to plug-in hybrid models. 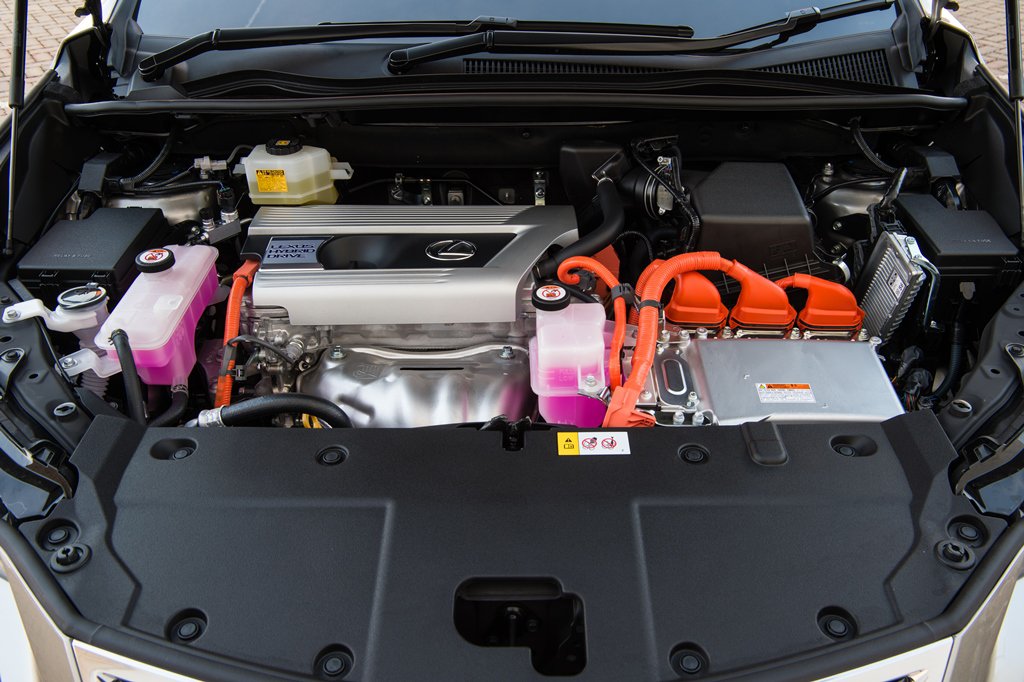 In 2019, Lexus introduced its E-Four all-wheel drive system across the NX range, but the entry-level NX is still available as FWD only.

The Lexus NX driving experience is something of a mixed bag. While the ride is comfortable on the motorway, the suspension feels firm around town and the light controls give you very little feedback. The NX isn’t as composed and grippy as rivals such as the Jaguar F-Pace, Alfa Romeo Stelvio or BMW X3, while the F Sport trim isn’t much better to drive, but has firmer sports suspension that makes the ride overly firm. 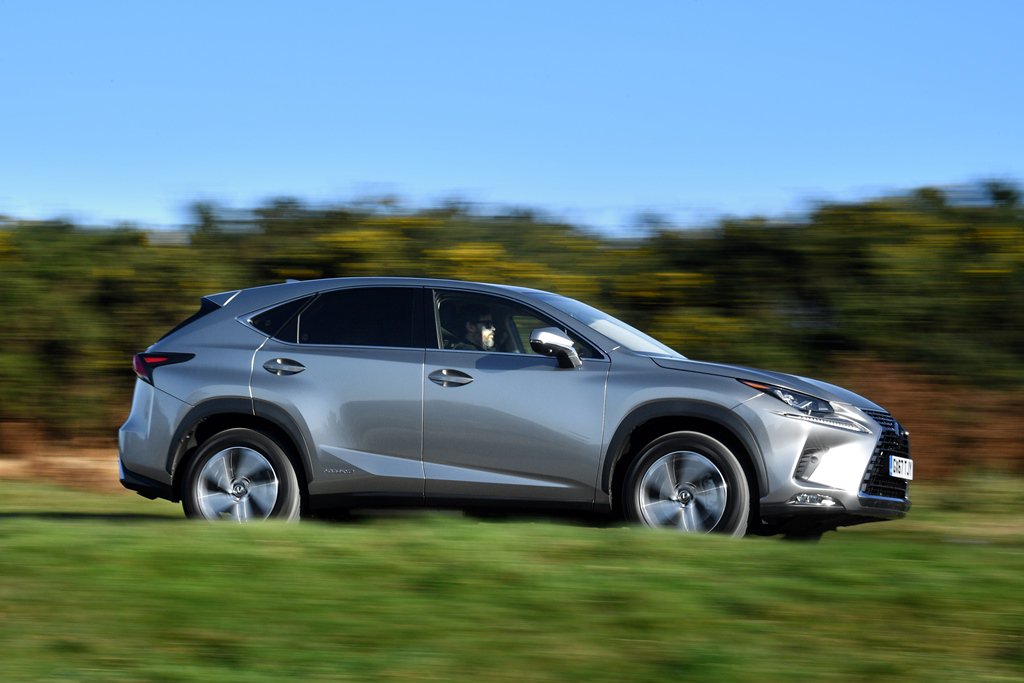 There’s just enough feedback from the steering, but it’s nowhere near as engaging as that of most of its rivals. While body lean is well contained during cornering, the Lexus NX doesn’t offer what may be called a sporty drive.

Despite a four-wheel-drive system fitted as standard, the Lexus NX has limited off-road ability. There’s also no hill-descent control or any ability to manually configure the traction-control system for different surfaces. 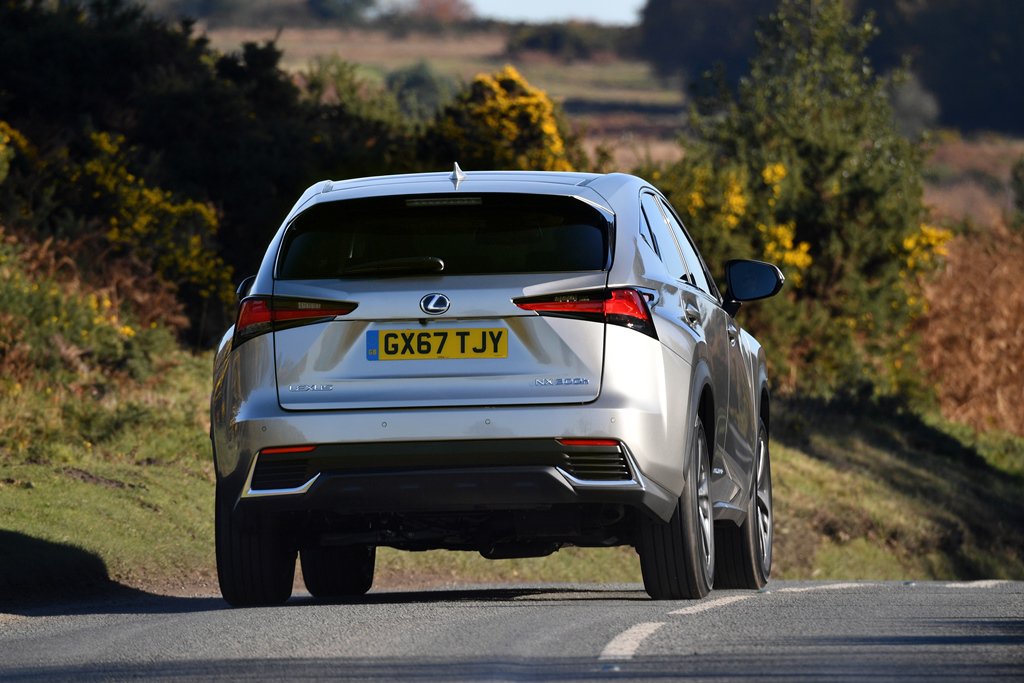 The Lexus NX received the maximum five-star mark when crash-tested by safety body Euro NCAP. It was awarded 82% for both adult and child occupant protection, 69% for pedestrian protection and 71% for safety assistance.

The car features a stiff body shell and a wealth of safety systems, including eight airbags, surround-view cameras, blind-spot and lane-departure warning, plus automatic emergency braking. The NX also comes with adaptive cruise control as standard, but you'll need to visit the upper echelons of the NX line-up to benefit from the most advanced safety technology. With its array of angles and creases, the AWD Lexus NX looks much like a piece of modern sculpture as an SUV, making rivals such as the BMW X3 and Audi Q5 seem altogether ordinary.

Inside, the NX offers a high-quality sanctuary with seating for five. There is no shortage of technology in the cabin and add to that a large boot, and reasonably low running costs that accompany latter-day hybrids and the Lexus NX 300h E-Four AWD makes a good case for itself. 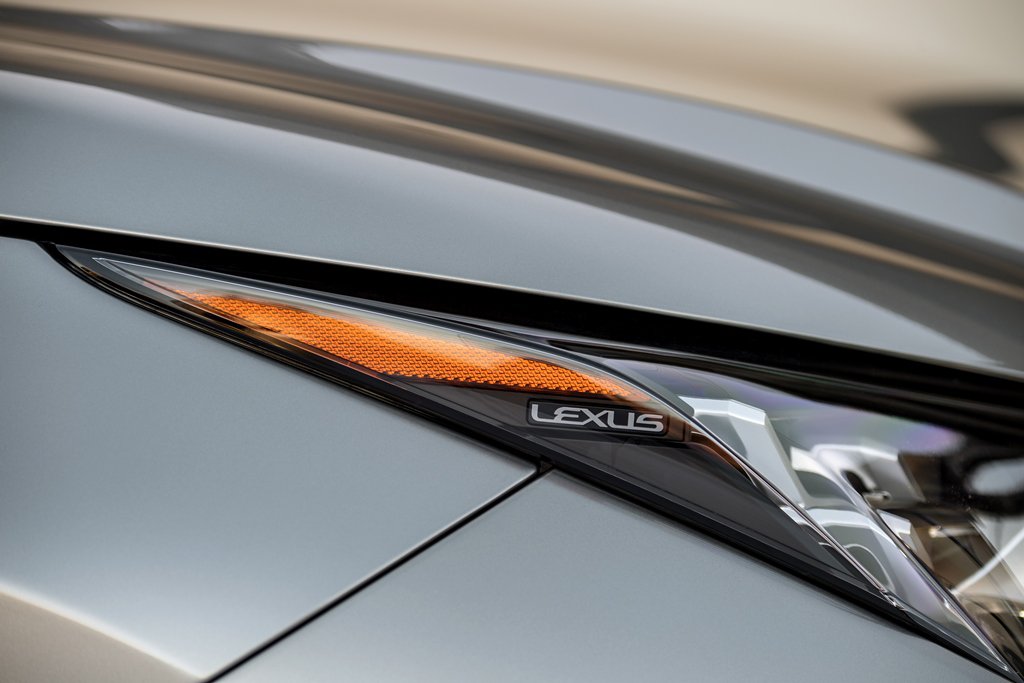