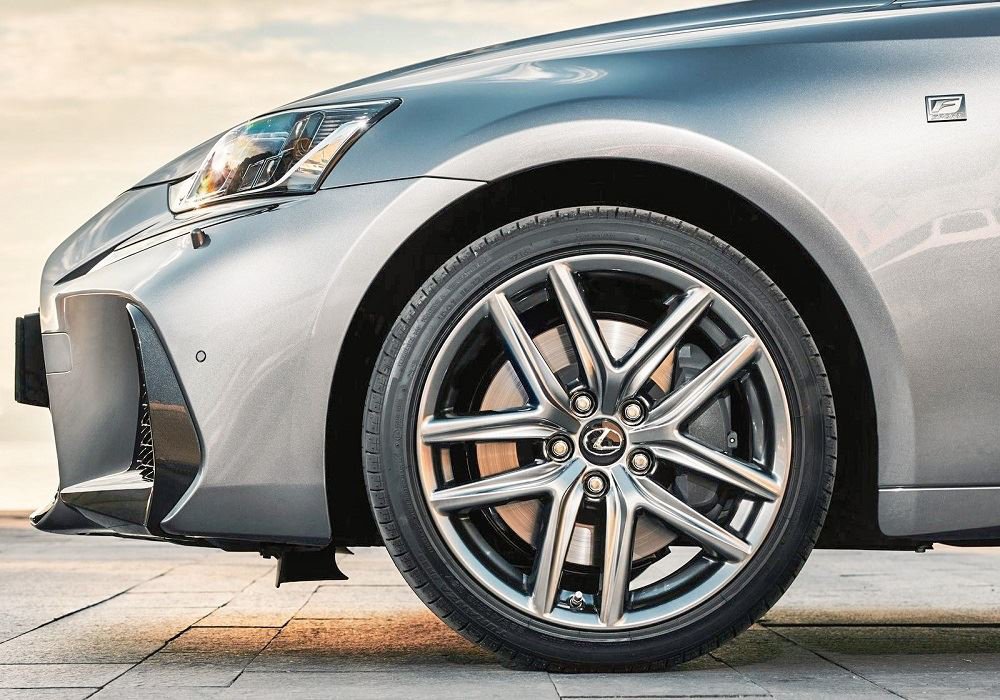 This week, let’s start with a little challenge…quickly, think of three currently-available rear-wheel-drive, compact executive saloons. All done? I’ll wager a safe fiver that at least two of your three were German. I’ll wager another fiver that your third choice wasn’t the Lexus IS – and that’s a shame.

The IS has served Lexus well since its introduction in 1999. It is the marque’s best-selling global model with over 1.1 million cars sold in the intervening seventeen years.

This third-generation Lexus IS was introduced to the UK market in February 2013 and, in November of 2016, a mid-life refresh introduced a raft of external, internal, technical and safety improvements to keep it competitive in the compact executive saloon market. 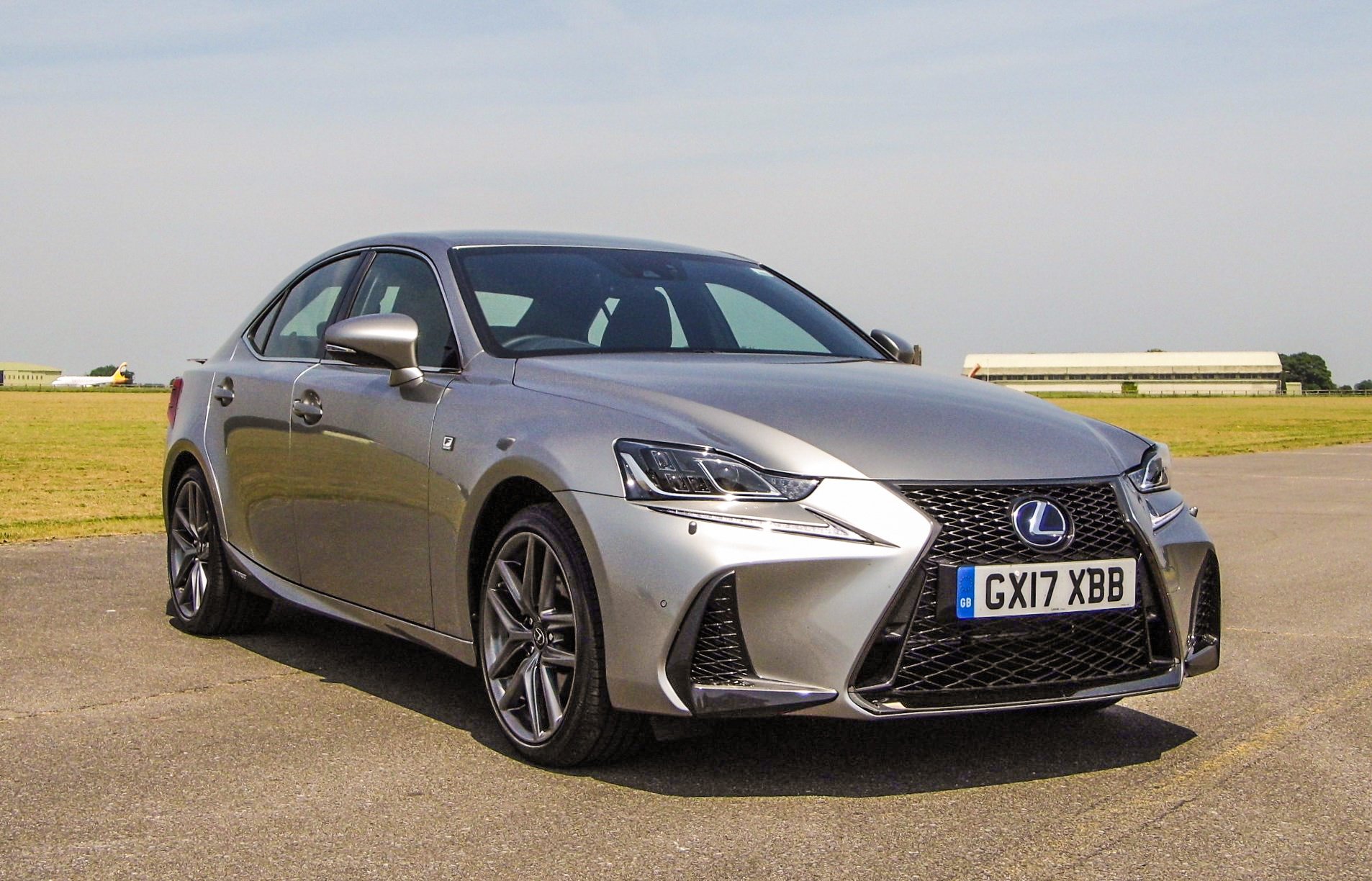 Like wine-tasting, all styling is subjective, but there’s no escaping the striking lines of the IS, especially in side profile with that upward swoop that meets the downward-facing rear light cluster. It’s a stunning looking car from any angle.

Exterior enhancements during the recent refresh include slightly different front and rear lights, new barb-shaped daytime running lights, bigger front air intakes and reshaped grille mesh are the most obvious visual changes, while the F Sport trim (as tested) gets some more black detailing and a more strongly defined 'face'.

New paint options and alloys complete the external updates, and Lexus claims a slight improvement in aerodynamic efficiency compared to the outgoing model. Inside, the most noticeable update is the new multimedia screen, which has increased in size from seven to just over 10 inches. The wider, higher resolution screen fits into the upper dashboard much better and now runs the latest Lexus multimedia system. The screen is not touch-sensitive so the fiddly joystick that operates the on-screen functions still remains.

Already four years old, the cabin is starting to show its age but it’s still a pleasant place to spend a lot of time. The seats must be the most comfortable in the business and the driving position is excellent. At the rear, head and legroom is good for those not too gifted vertically.

The old-style foot brake also remains and has yet to go electric. Mind you, there’s something quite reassuring and final about stomping on it. It works, and perfectly, too.

Standard IS boot space is a class-competitive 480 litres, but the hybrid IS surrenders 30 litres thanks to the battery pack under the boot floor. In every IS except the entry-level SE, there’s a 60/40 split-folding rear seat for added practicality. 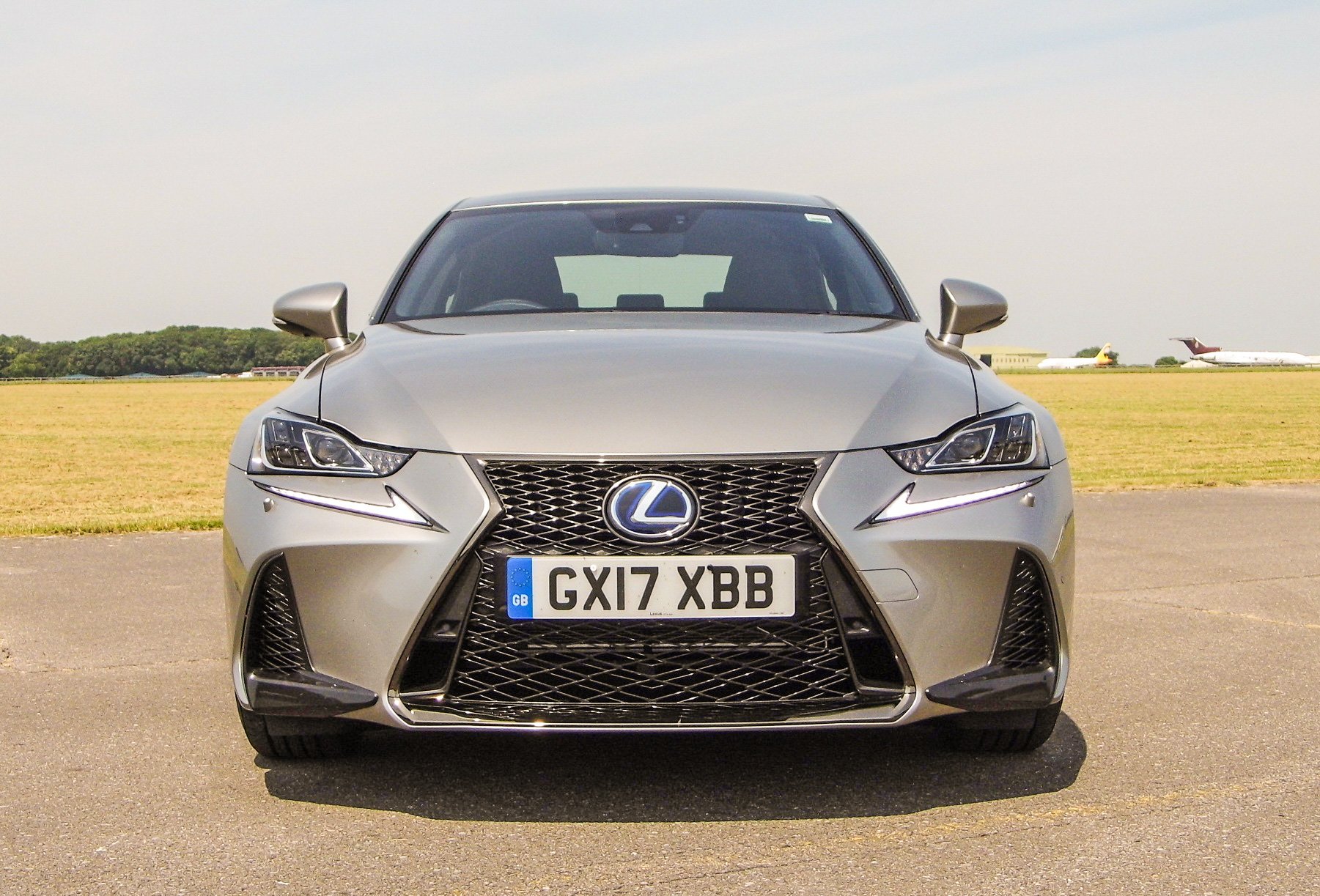 The 300h hybrid is the preferred IS model amongst UK buyers. There’s a choice of SE, Executive Edition, Sport, Advance, Luxury, F Sport (as tested) and Premier trim levels. Across the range, you can expect to find features like cruise control, a smart entry and start system, dual zone air climate control and power-fold heated mirrors. Then there are HID headlights with dusk sensing, eight airbags, plus a DAB digital radio and Bluetooth connectivity.

Avoid the entry level SE trim and you’re guaranteed to get the ‘Lexus Safety System+’ portfolio of advanced safety systems as standard. Its features make use of camera and radar sensors to support the driver with improved information, better forward vision and prompt warnings of hazards and collision risks. 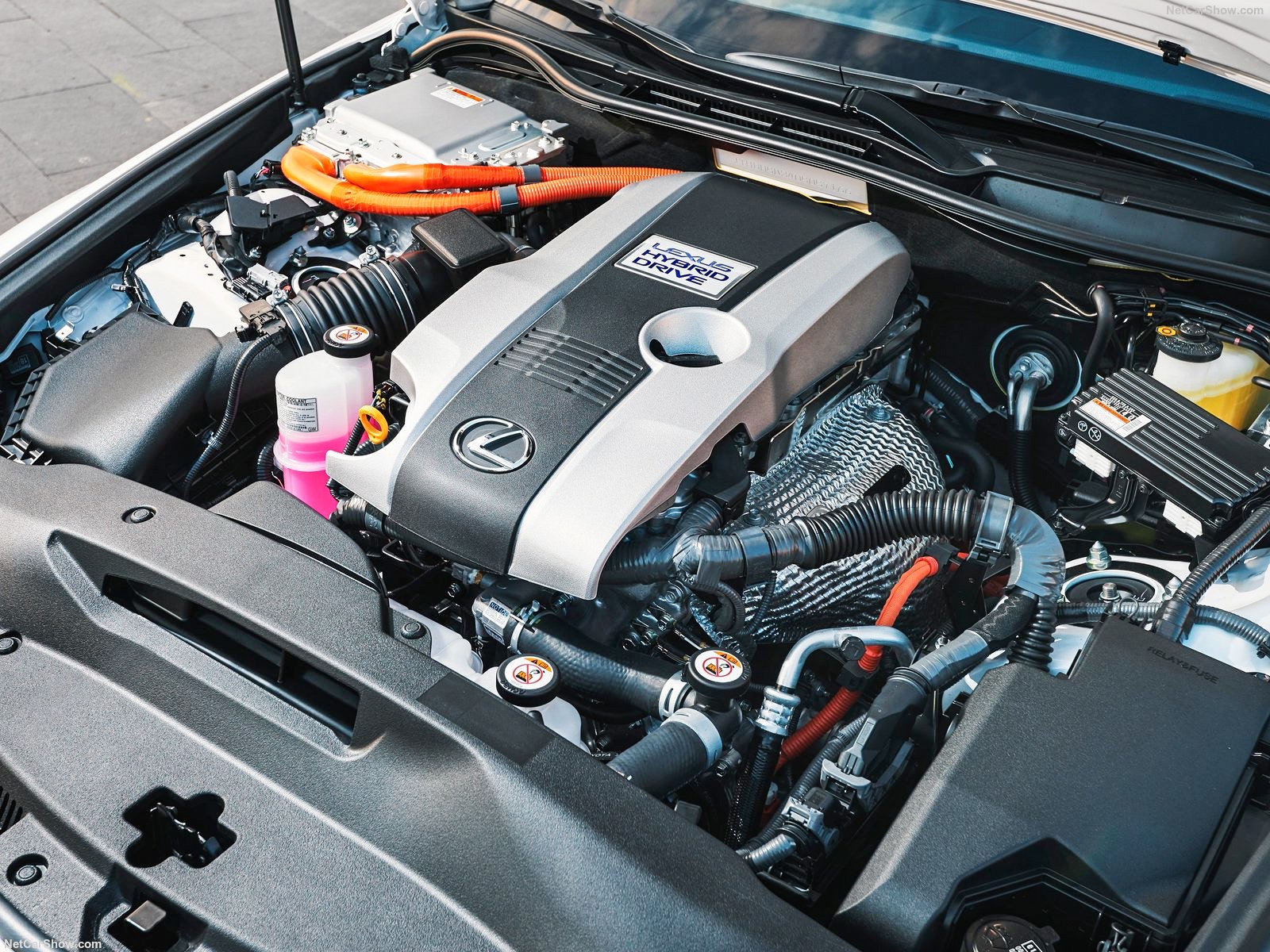 Under the bonnet, the 2017 Lexus IS 300h features the same dual powertrain as before – a 2.5-litre four-cylinder Atkinson-cycle petrol engine paired with an electric motor. Combined, they channel 220hp of power and 221Nm of torque to the rear wheels through a continuously variable transmission (CVT).

Favouring efficiency and smoothness over performance, don’t expect the hybrid drivetrain to deliver brisk acceleration off the line. Try it and all you’ll get is a raucous cacophony from the CVT as it struggles to deal with your demand. What you can expect is a very relaxing drive with adequate ‘go’ both around town and on the freeway. The transition from electric drive during light acceleration to engine power is impressively seamless with barely a hint when the engine kicks in. It’s also superbly quiet and comfortable, making it a great long distance cruiser.

Off the line and in Sport mode, 60mph will arrive in 8.4 seconds and speed will peak at 124mph, which is enough. Besides, when was the last time you drove quicker than 120mph? (Not a compulsory question.) 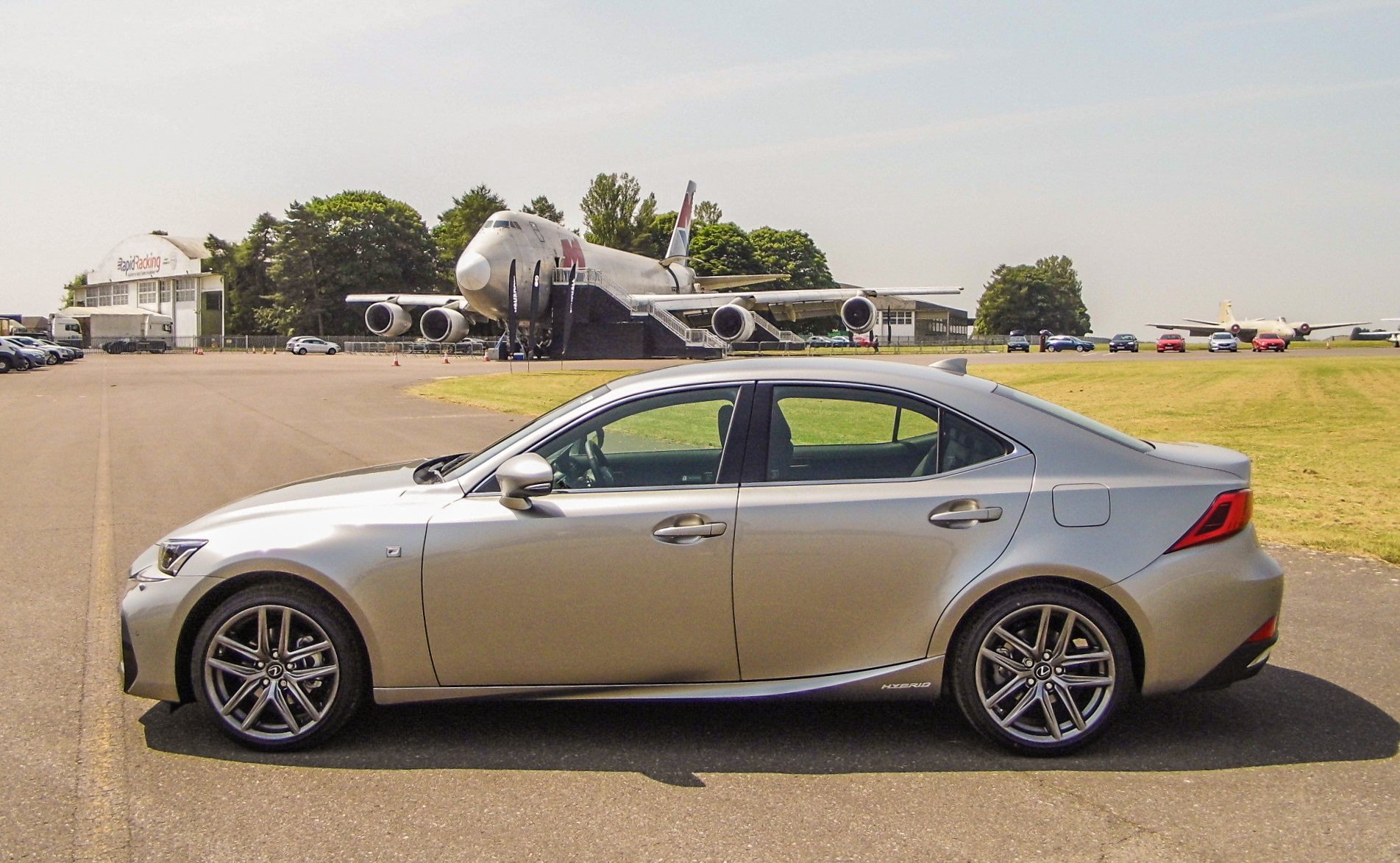 Tipping the scale at 1,720kg, the Lexus IS 300h is hefty but that doesn’t mean it’s sloppy in the handling department - far from it, actually. Corners and sweeping bends are handled with excellent composure with very little body roll thanks to a delightfully neutral chassis and excellent grip.

Its heft does have a tendency to dull its responses slightly and the steering isn’t the most connected, but it is still a very reassuring and confidence inspiring drive.

During a week of mixed urban and country driving, the IS 300h covered 442 miles and realised an average fuel consumption figure of 49.2mpg. This is 12.2mpg off the official 61.4mpg on the combined cycle. For a weighty car with a 2.5-litre petrol engine linked to a slippery CVT ‘automatic’ transmission – I’ll take it.

Emissions are an impressive 107g/km CO2, too. Real world fuel economy is better than most automatic diesels, but you get much better refinement and lower emissions. 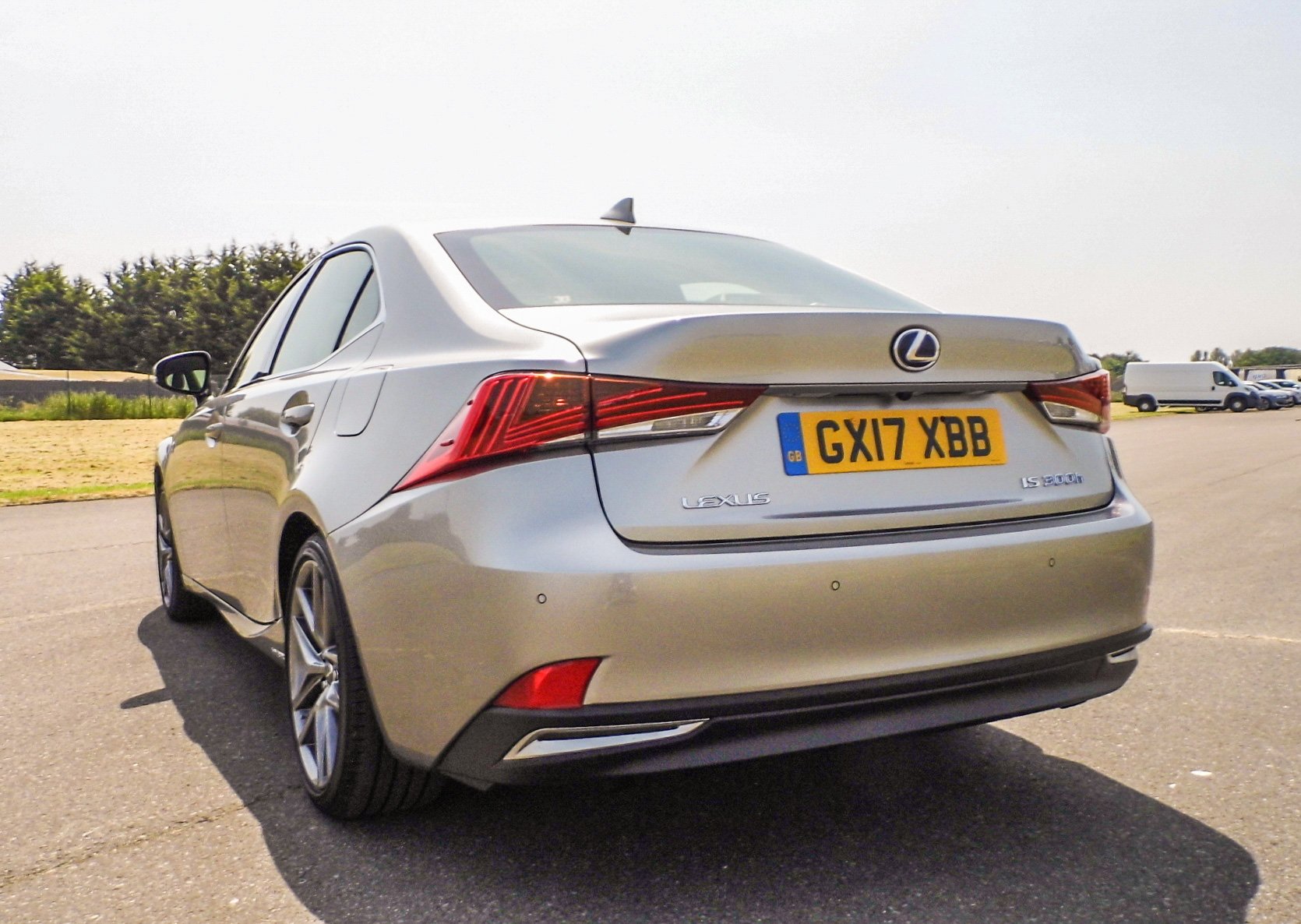 There’s a lot to like about the Lexus IS 300h – especially in F-Sport trim as tested. It is quiet, exceptionally well built and highly comfortable, with respectable dynamics and good fuel economy to match.

Rewarding performance and a thrilling driving experience is not what’s on offer with the IS 300h. Rather, it is refinement, smoothness and unhurried progress in luxuriously comfortable surroundings. Besides, there are plenty of people who are more than happy to step away from the norm and into something with measurably more personality.

Ultimately, the 2017 updates have made the best-selling Lexus even more appealing and considerably more up to the challenge in a fiercely competitive class.

Talking of challenges, fancy a chat about that ten quid you owe me?

Take a look at our latest Lexus IS deals here

Lexus ES 300h Review: A car for cruising, not for bruising

The Lexus ES is something a little different to the Audi, BMW and...