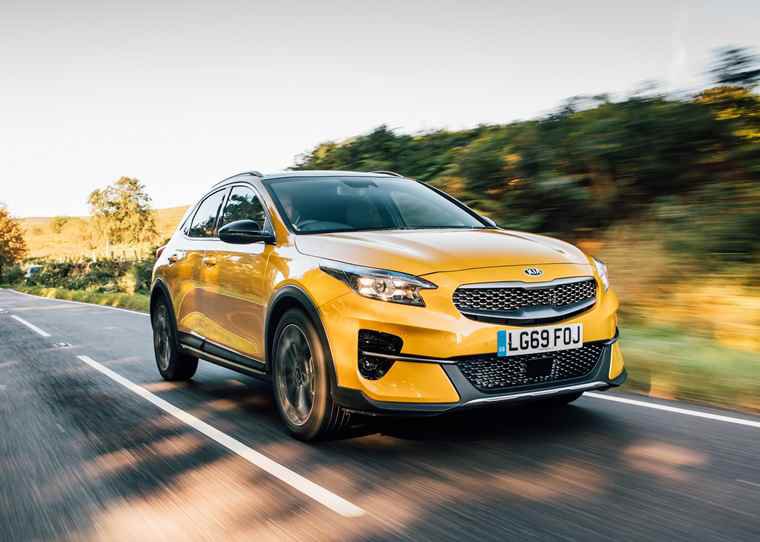 KIA's new XCeed gives the Korean maker yet another option for those seeking a stylish, well-equipped urban crossover.

The KIA XCeed is the South Korean manufacturer’s entrant into the sportier crossover market. Although it's closely based on the Ceed hatchback, it's pumped up with plenty of SUV attitude. 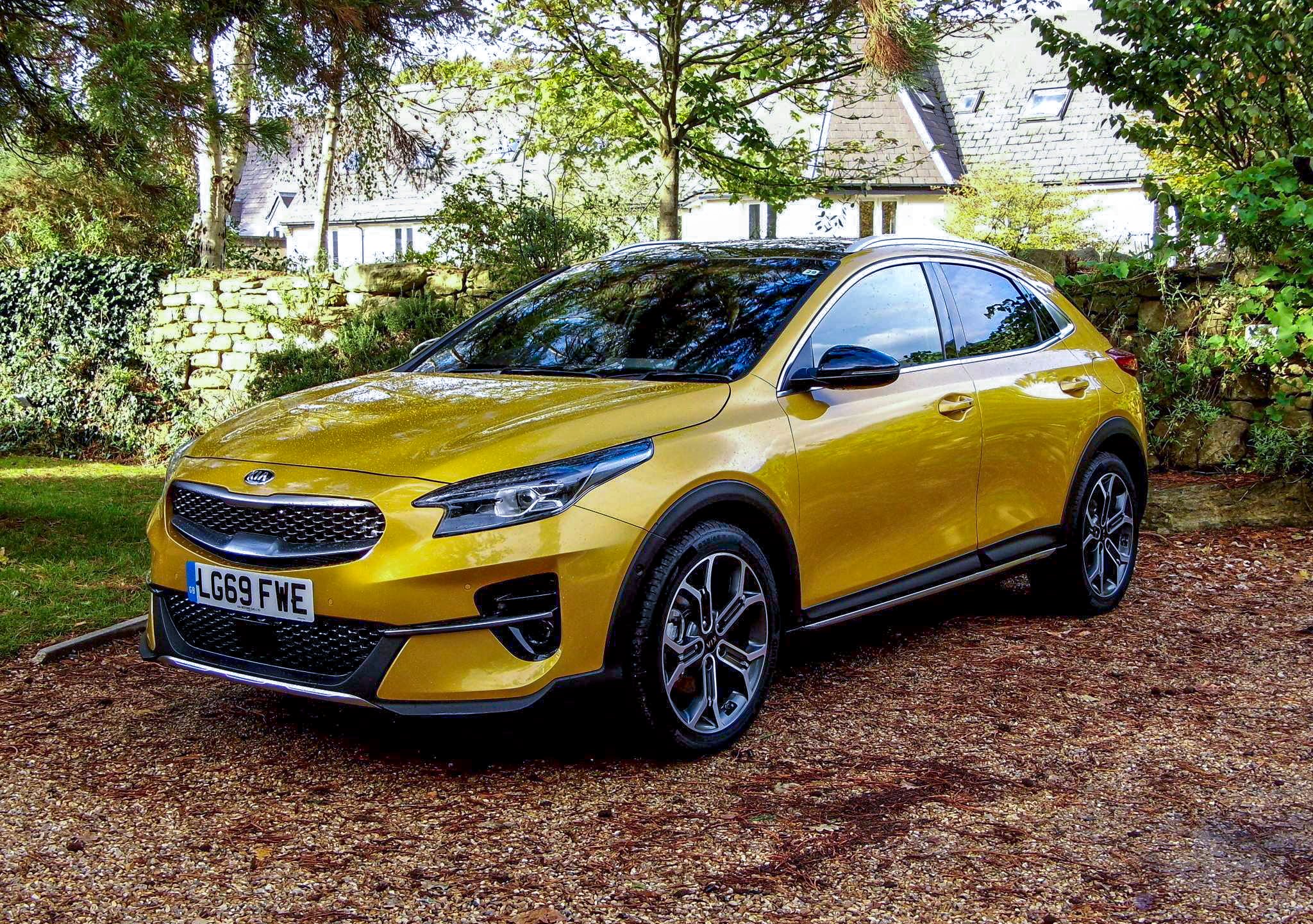 It goes up against rivals such as the Volkswagen T-Roc, Toyota C-HR and yes, even BMW’s X2. It’s remarkable progress for a model family that not that long ago comprised of just a humble Ceed hatchback, but now also spans a Sportswagon estate, ProCeed shooting brake and this – the urban crossover entrant. 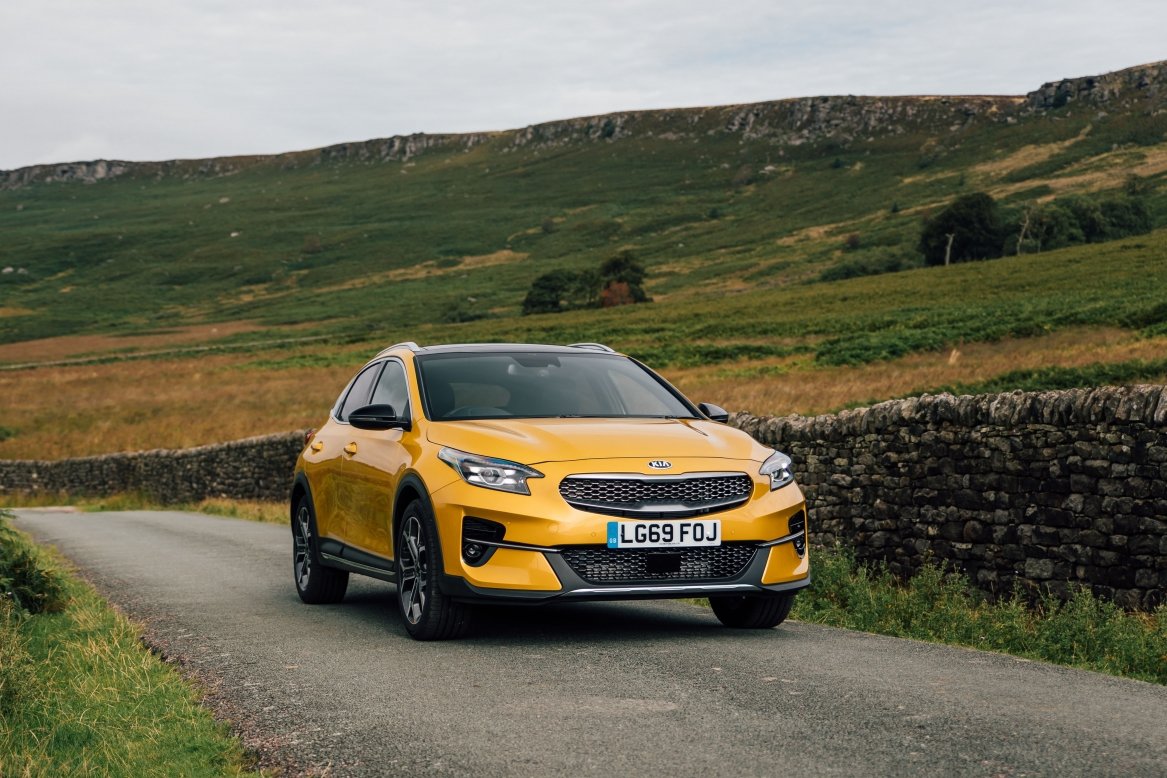 KIA says the segment is worth the additional investment to provide drivers with car that goes beyond raised suspension, plastic cladding and dual scuff plates. The only body panels the XCeed shares with the Ceed hatchback are the front doors. The XCeed is longer, taller and wider than the Ceed and rather more interesting.

The XCeed has a longer, taller bonnet, a new grille, and bumpers with a skid-plate style finish. It's also fitted with LED headlights as standard and black wheel arches to complement its taller suspension and chunky wheels and tyres. 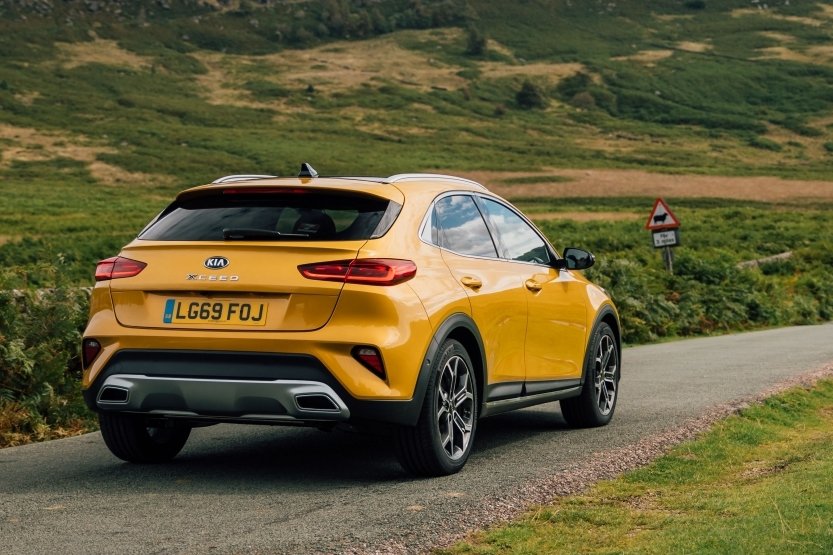 All versions get alloy wheels, front fog lamps and LED lighting front and back, while upgrading to second-level ‘3’ trim earns you bigger wheels and privacy glass, while top-of-the-range ‘First Edition’ models get a panoramic glass roof and gloss black door mirrors.

Inside is where the XCeed excels. The quality on display is smart, sophisticated and solidly built to rival premium offerings thanks to the generous use of high-grade materials and lustrous finishes.

Two of the three trims also come with a huge 10.25-inch touchscreen system to replace the entry-level car’s 8.0-inch screen and this adds a high-tech feel too, not least because you can display up to three of the system’s wide variety of apps at any one time. 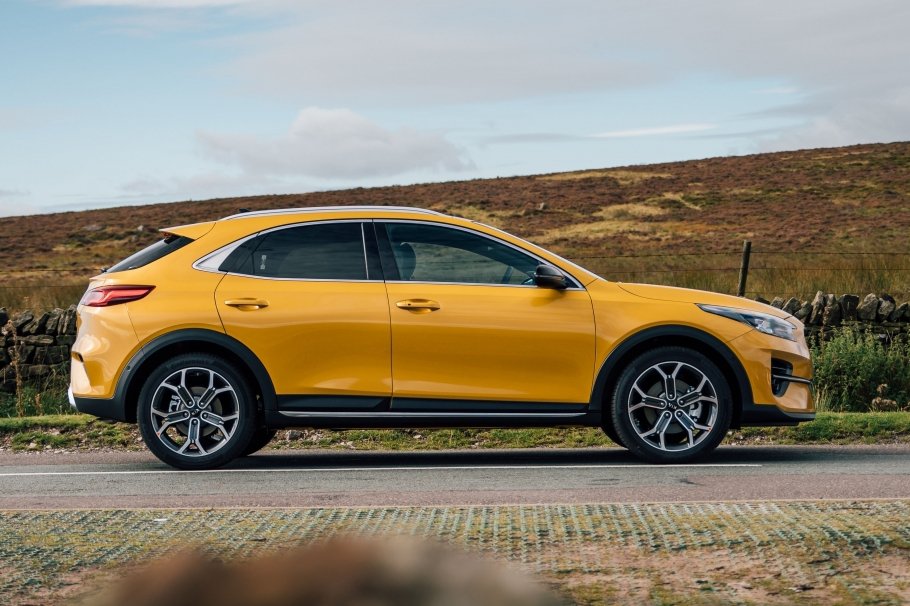 There’s loads of functionality and, considering the complexity of the system, it’s also pretty easy to use. The rest of the dashboard layout is fairly intuitive and there’s loads of adjustment in the seating to find that Goldilocks position.

Set the front seats up for a couple of six-foot occupants and there’s still plenty of knee room behind, easily enough to satisfy passengers of the same size riding the back of the bus.

The range-entry trim is called ‘2’ (pictured in ‘Lunar Silver’) and comes with a generous roster of luxury kit as standard. This includes air-conditioning, leather trims for the steering wheel and gearstick, automatic lights, electric front and rear windows, keyless entry, cruise control and a touchscreen infotainment system with Apple CarPlay, Android Auto and a reversing camera. To many, that’s plenty to be getting on with. 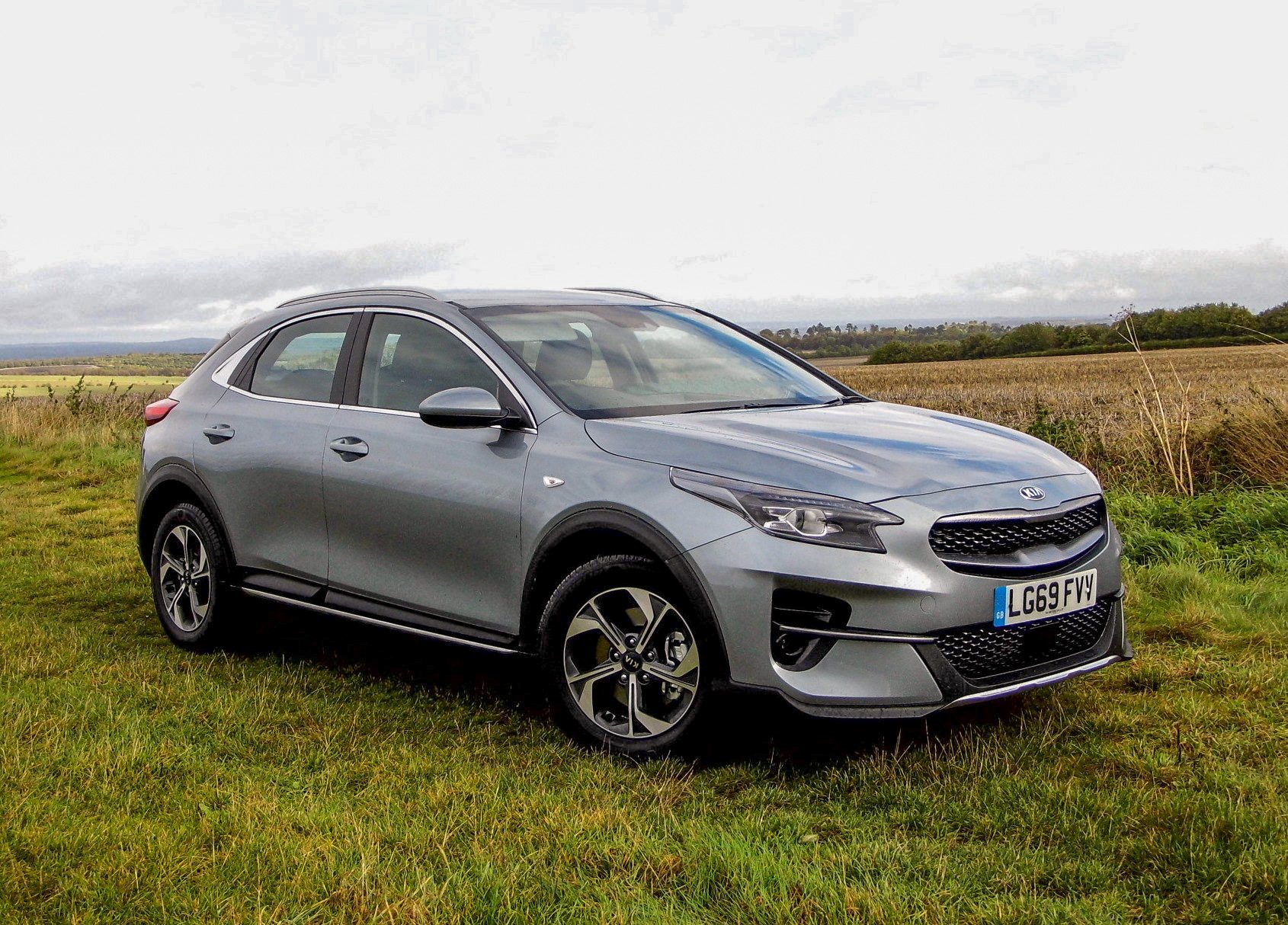 Step up to ‘3’ trim (pictured in ‘Infra Red’) and you’ll find a bigger and better touchscreen, heated front seats and steering wheel, dual-zone climate control, faux-leather panels on the seats and a push-button starter.

First Edition models also add a panoramic sunroof, a powered driver’s seat, an upgraded stereo, a powered tailgate, a wireless phone charger and a set of cool digital instruments to replace the analogue ones found in other XCeeds. Oh, and the striking ‘Quantum Yellow’ becomes available, too. 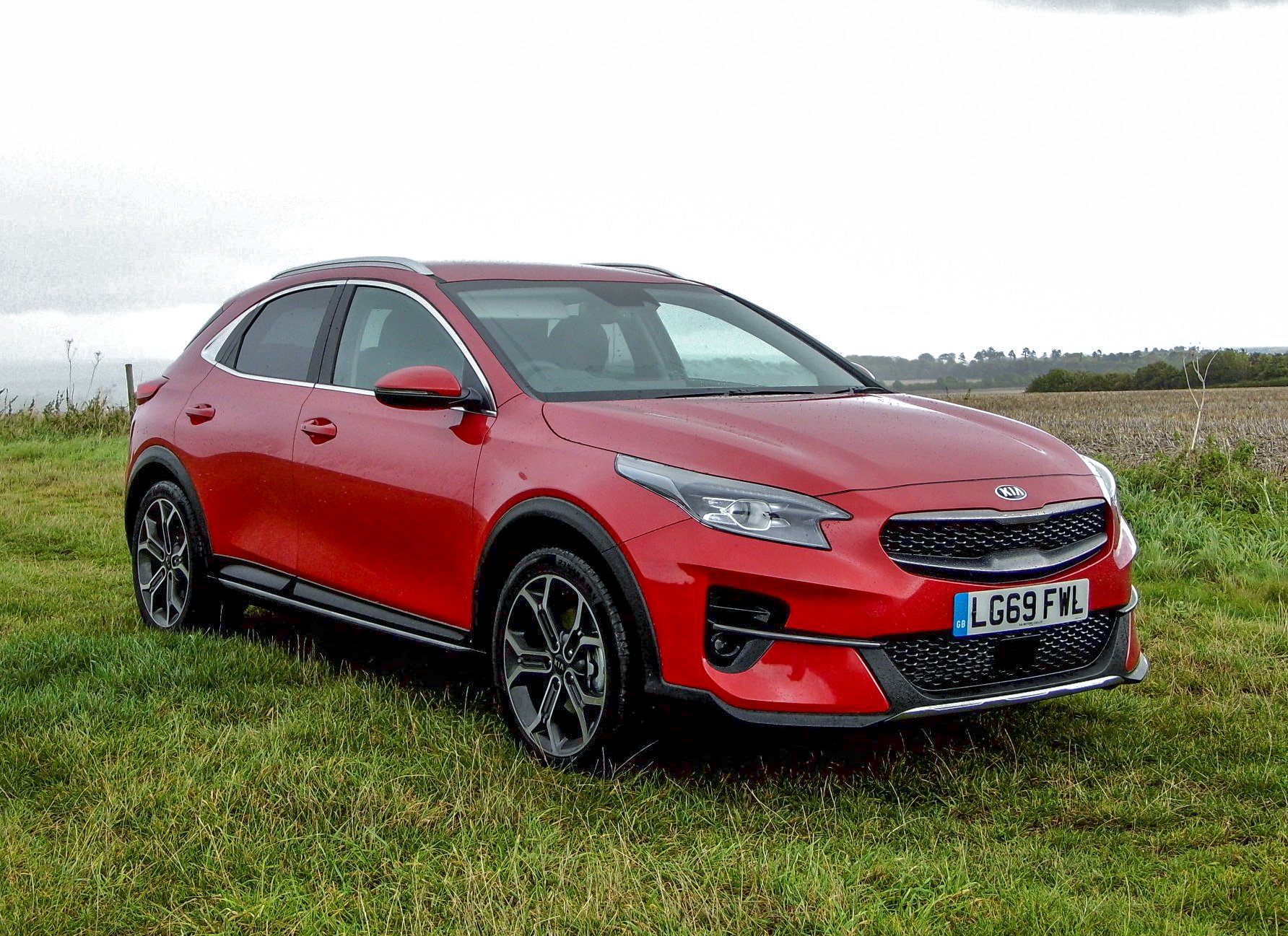 Thanks to the XCeed’s extra length compared with the Ceed hatch, it has a boot that’s 31 litres bigger at 426 litres. This is significantly more than the 375-litre boot of the Focus Active, while the Volkswagen T-Cross' boot measures from 385-455 litres, depending on the position of the rear bench.

Top-of-the-range First Edition models also get 40:20:40 split-folding rear seats, making it easier to load longer items such as skis and still have seats for two passengers. 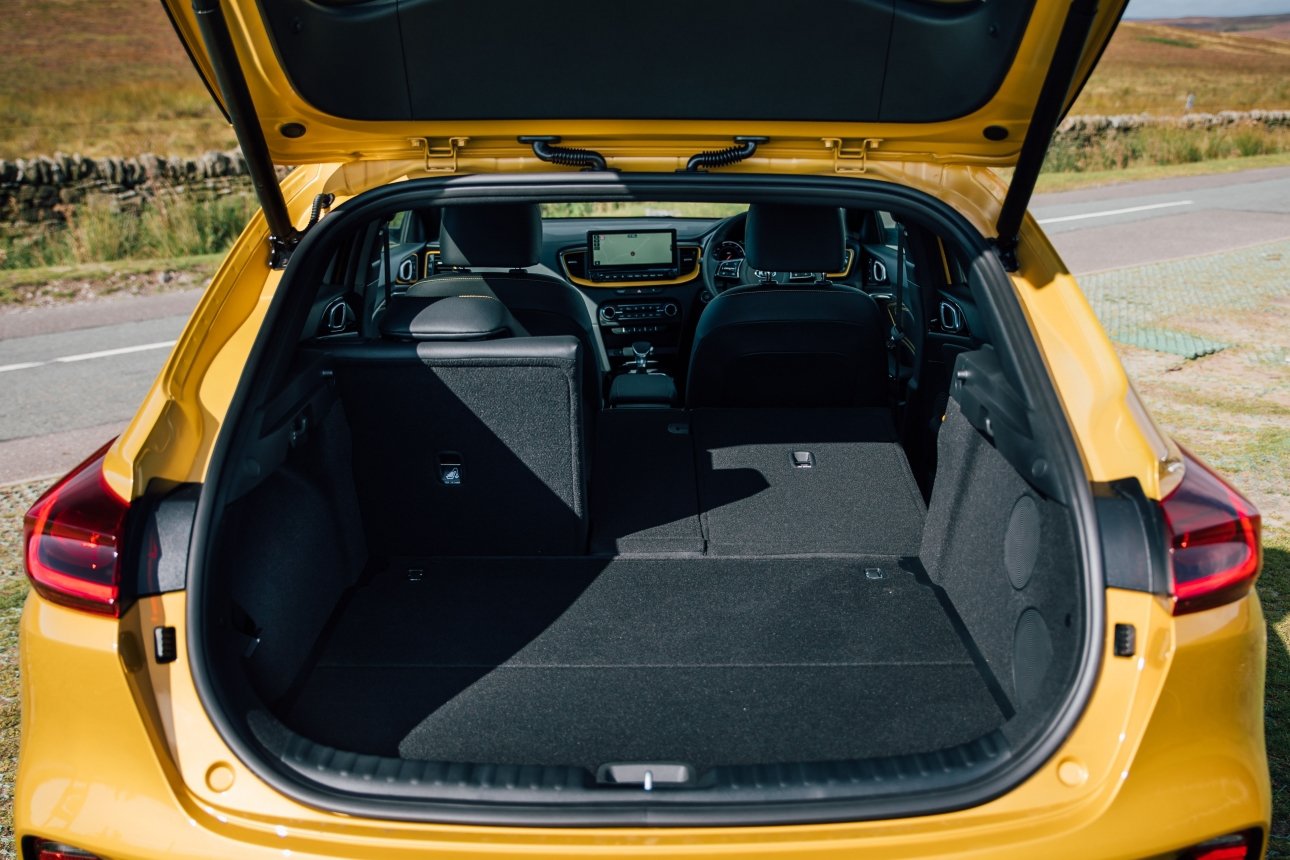 A turbocharged 1.0-litre three-pot 118hp T-GDI petrol kicks off the range of power plants available on the new XCeed. It may not sound like the most powerful, but acceleration from 0-62mph in 10.9 seconds and a top speed of 115mph aren't too shabby if you mostly drive in town.

The 1.4-litre T-GDI with 138hp is likely a better bet if you plan on heading further afield or wish to tow from time to time. Understandably, KIA predicts it will be the most popular engine choice and, having driven all three at the XCeed’s UK media launch last week, we would agree. It can get to 62mph in 9.1 seconds and feels quick and nimble, even if it sounds slightly strained when accelerating. 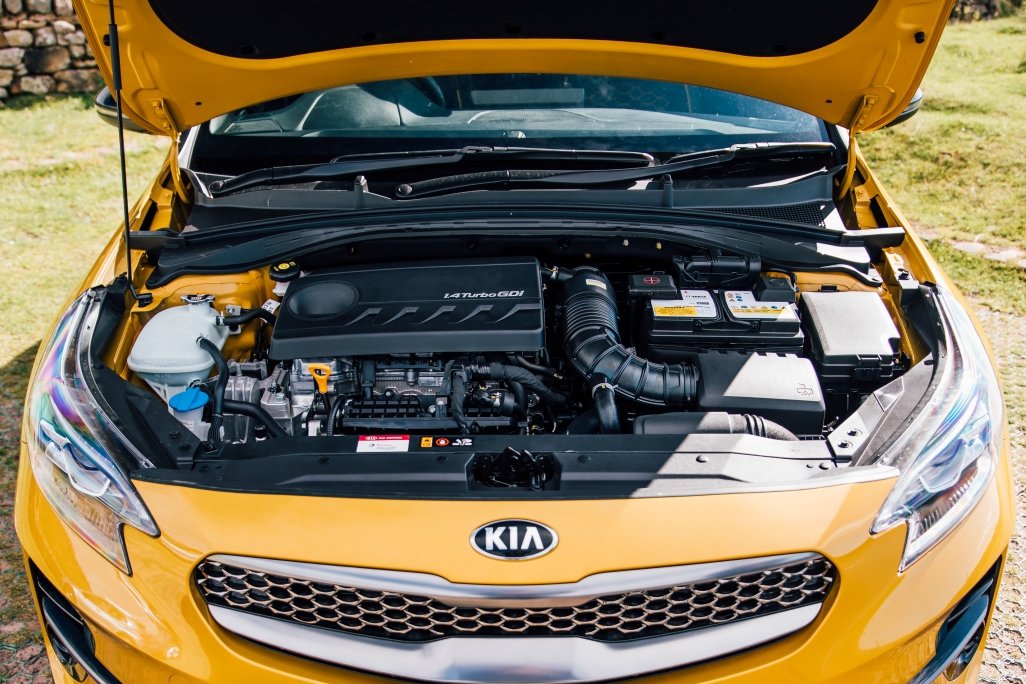 With a capacity of 1.6-litres, the CRDI diesel is offered with 114 or 138hp, serving up 0-62mph acceleration of 11 seconds and 10.2 seconds respectively. With top speeds of 118 and 122mph we found the more powerful version to be a relaxed motorway cruiser, with impressive in-gear shove.

There’s a six-speed manual gearbox which is smooth and quick to use, or an optional seven-speed, dual-clutch (DCT) automatic gearbox which also swops gears smoothly, swiftly and cleanly, which helps make the car feel even more civilised.

There will also be a plug-in hybrid (PHEV) version of the XCeed arriving early next year. This will combine a 1.6-litre petrol engine with a 44.5kW electric motor and a 8.9kW battery pack. We're yet to drive it but KIA says it's aiming for an electric-only range of around 37 miles – which is better than most. If you can charge a car at home and regularly cover short journeys, it might be worth holding on for. 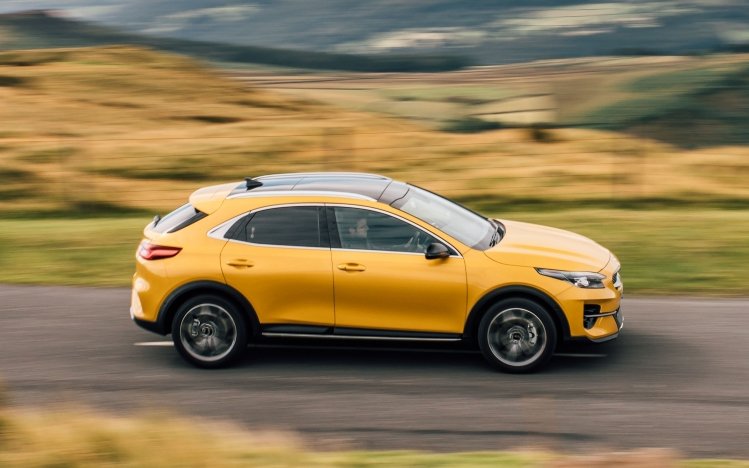 Here is where the new KIA XCeed really impresses as it has a slightly more sophisticated suspension system than the regular Ceed hatchback. A few key components have been upgraded, while the settings of many others have been revised.

The result is a significant improvement in how the XCeed behaves on the road compared with the regular hatch. Comfort is its main strength while it deals with crusty road surfaces with impressive calmness and tranquillity.

It’s a relaxing and calming way to travel too, as road and wind noise are kept to a minimum, further contributing to the car’s highly civilised nature. Despite this impressive comfort, it’s no slouch on a challenging B-road. Body roll is well contained and there’s plenty of grip underneath and the steering feels reassuring and consistent in its weighting and responses.

The raised suspension with softer springs does mean there’s greater ground clearance – up 44mm over the regular Ceed hatch. That advantage, plus some additional tech to improve ride comfort over uneven ground, including hydraulic bump-stops, means the XCeed will happily entertain a spot of greenlaning.

However, KIA hasn’t opted to change the car’s drive system, so power still goes through the front wheels and there isn’t even a clever traction-control system for added off-road grip. In snow or slippery grass the XCeed will have no more traction than the rest of the Ceed range.

Still, such a comprehensive blend of abilities makes the XCeed the best-driving version of the Ceed currently available and compares well with other, more premium rivals in the class. 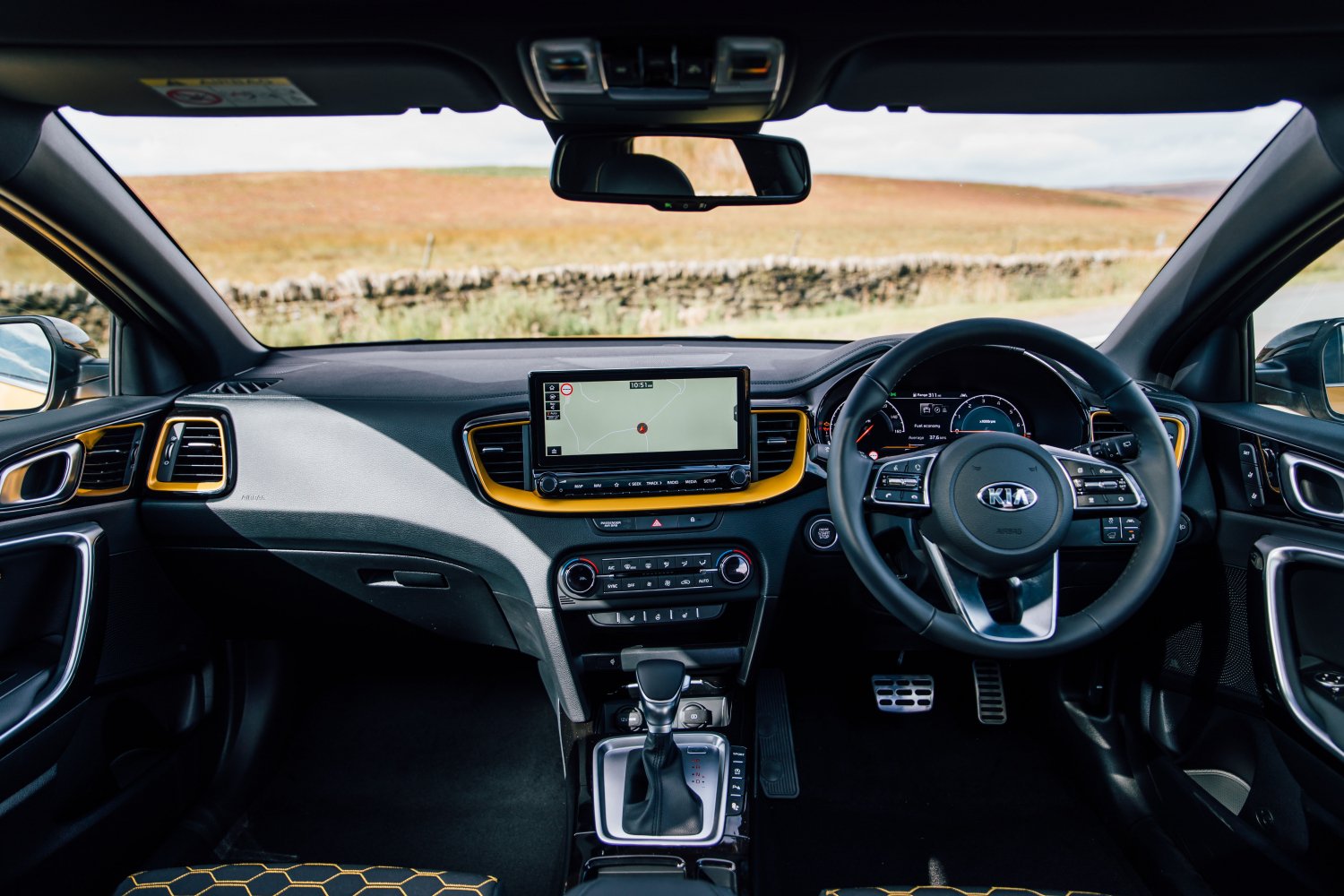 Euro NCAP has crash-tested the regular KIA Ceed but it's not yet known if the XCeed will be tested separately. The Ceed scored four stars in standard guise, increasing to the maximum of five when an optional safety pack was fitted.

The range-entry XCeed '2' model is fitted with standard lane keep assist and autonomous emergency braking so long as a manual gearbox is fitted. An Advanced Driving Assistance Pack adds functionality including pedestrian detection. 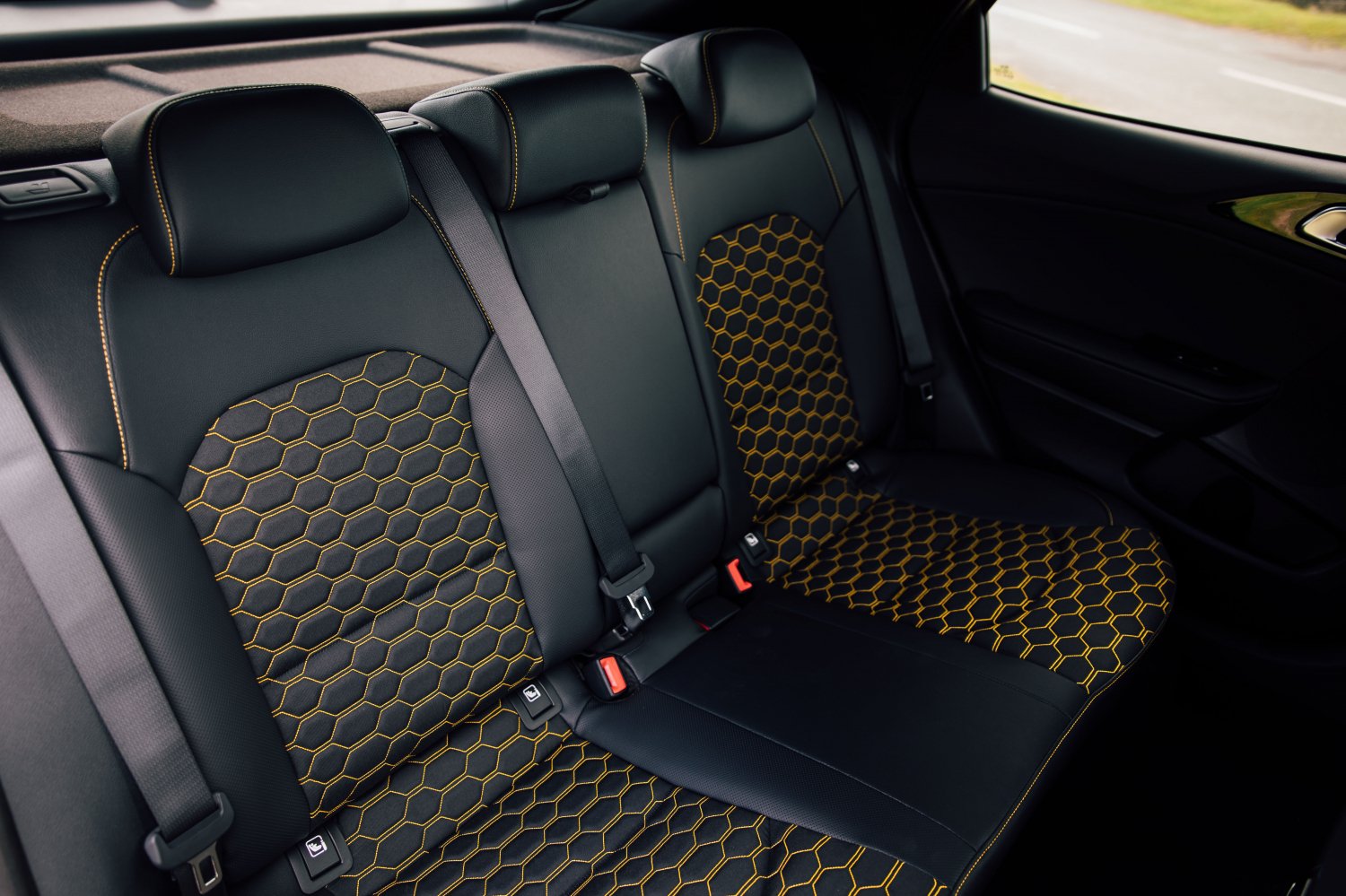 KIA predicts that the XCeed will be its best-selling Ceed derivative and we can plenty of reasons why. You’ll park one on your drive because you want a stylish, compact family crossover that’s high in quality, is generously equipped and excellent to drive.

It nails the brief on every one of those scores, and although there are countless rivals to choose from in this booming section of the car market – even from premium brands – the XCeed is certainly worthy of consideration.

* Browse our top leasing deals on the new KIA XCeed. 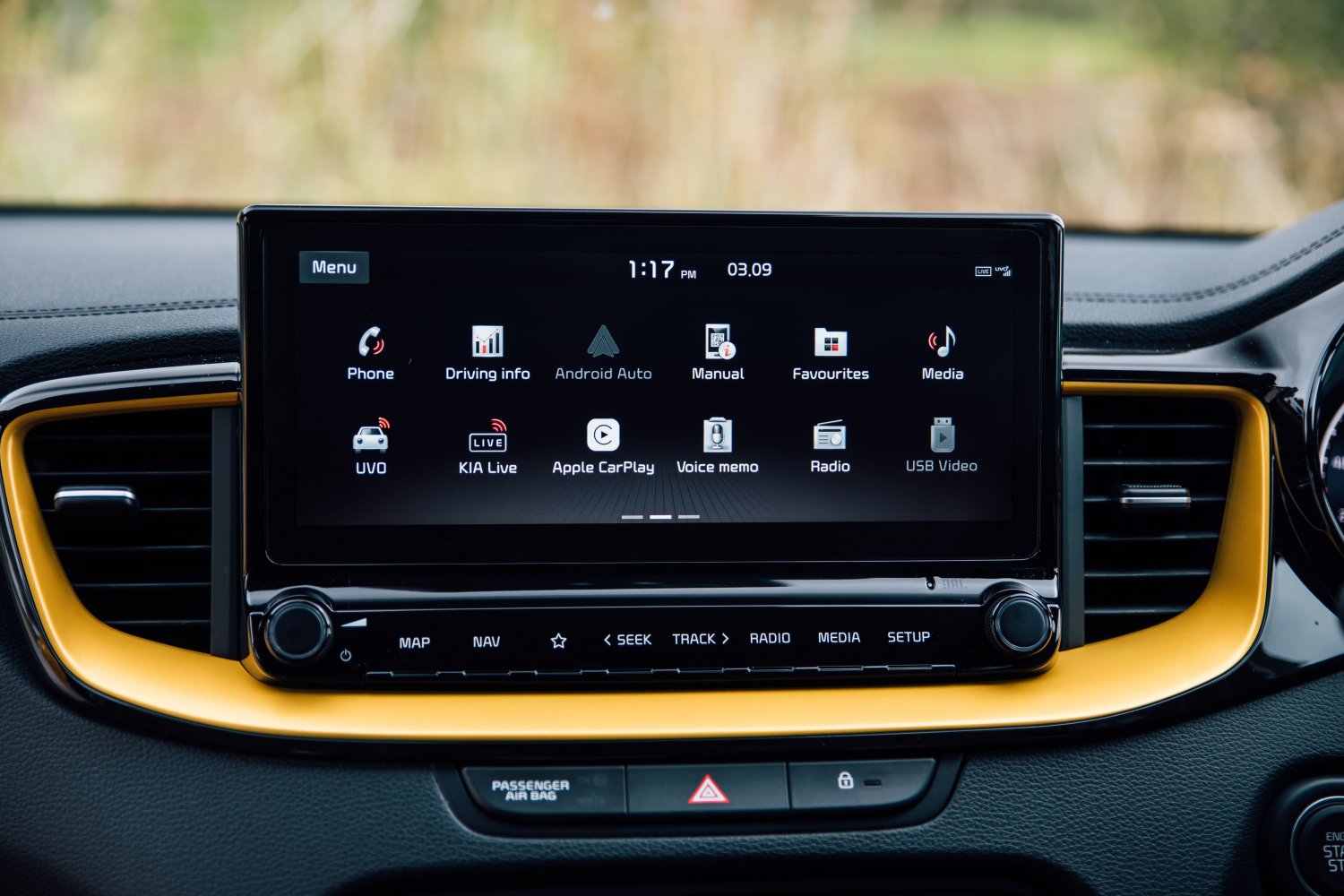