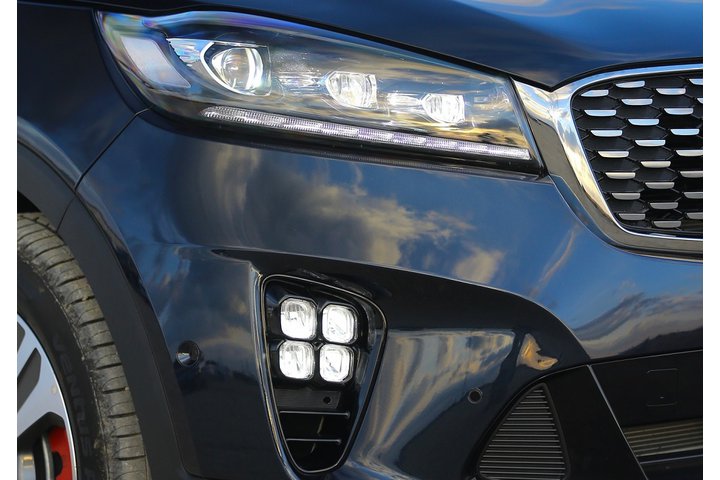 Kia Sorento: One for the head and the heart

Introduced to the UK market in 2002, the Kia Sorento underwent a total redesign in 2014. Late last year it received modest cosmetic updates, two new range-topping GT-Line and GT-Line S trim grades and, most impressively, a newly-developed eight-speed automatic gearbox (no ZF or Aisin outsourcing here, if you please).

Since it arrived 16 years ago, the Sorento has ruled the Kia UK roost as its flagship model. Last year, it was understandably upstaged by the phenomenal Stinger GT. It also faces stiffer competition from new arrivals to the sector such as the Skoda Kodiaq, Renault Koleos and the Peugeot 5008, all much newer and with more up-to-date technology.

So, can the 2018 Kia Sorento hold its own in an ever-evolving SUV market? Pop the kettle on and crack open the Hobnobs… 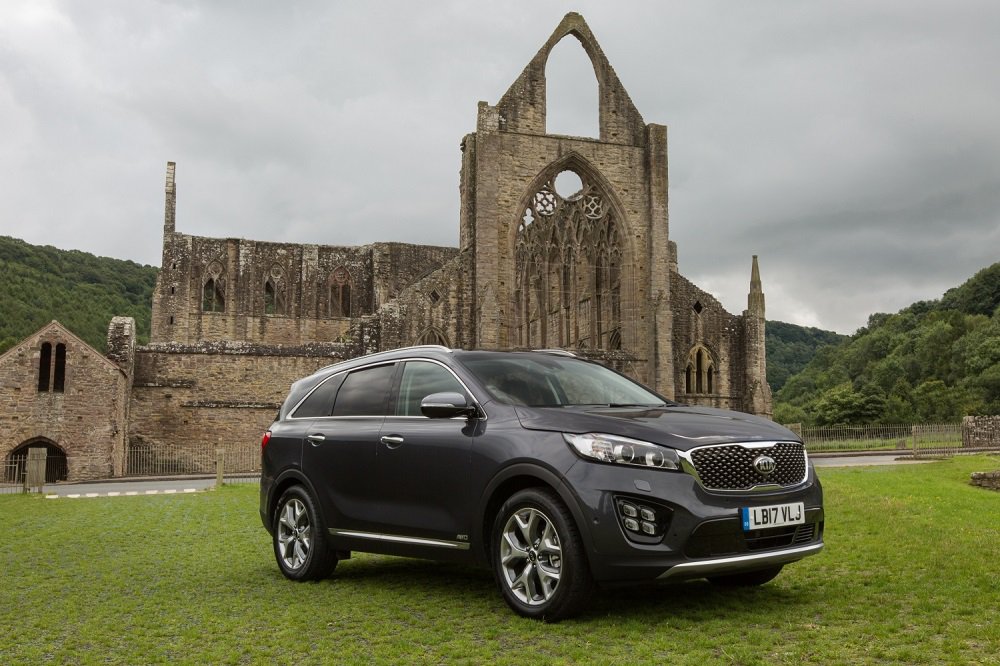 Modest design tweaks to the exterior are most noticeable at the front where the bumper has been re-profiled and there are new LED headlights, too. The broad tiger nose grille rises more vertically than before and is filled with a new floating diamond texture, which adds a touch more assertiveness to the big car’s appearance. At the back, the bumper and lights have received similar treatments.

Thanks to the total revamp in 2014, the Kia Sorento was already a handsome big machine and the tweaks are as modest as was needed. Two new colours and redesigned alloys in 17-, 18- and 19-inch diameters expand the exterior options. 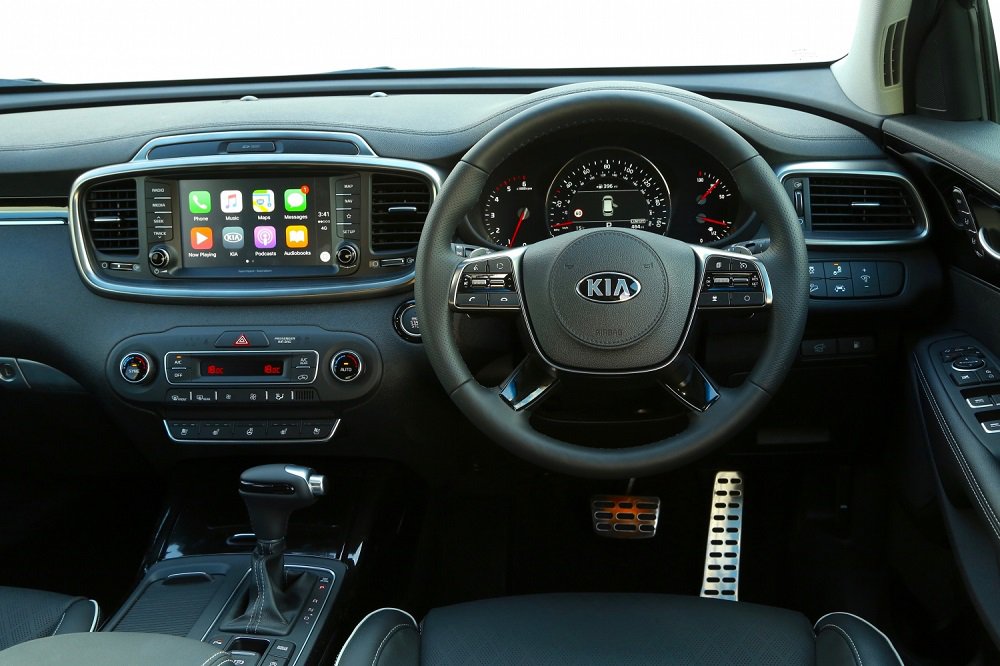 The Kia Sorento is a very competent and contemporary SUV, but its interior – while commendably improved in this third generation introduced in 2014 – now looks and feels dated when compared to the interiors of latter-day challengers.

However, there is a welcoming air of old-school sophistication about the cabin with soft-touch materials deployed in those critical-touch zones and a separate pod for the sensible and intuitive knobs controlling heating and ventilation.

Conversely, the interiors of newly-introduced GT-Line models negate much of that deficit with swathes of leather giving an air of quality and a becalmed ambience, although the Disney-like satnav graphics remain unchanged. 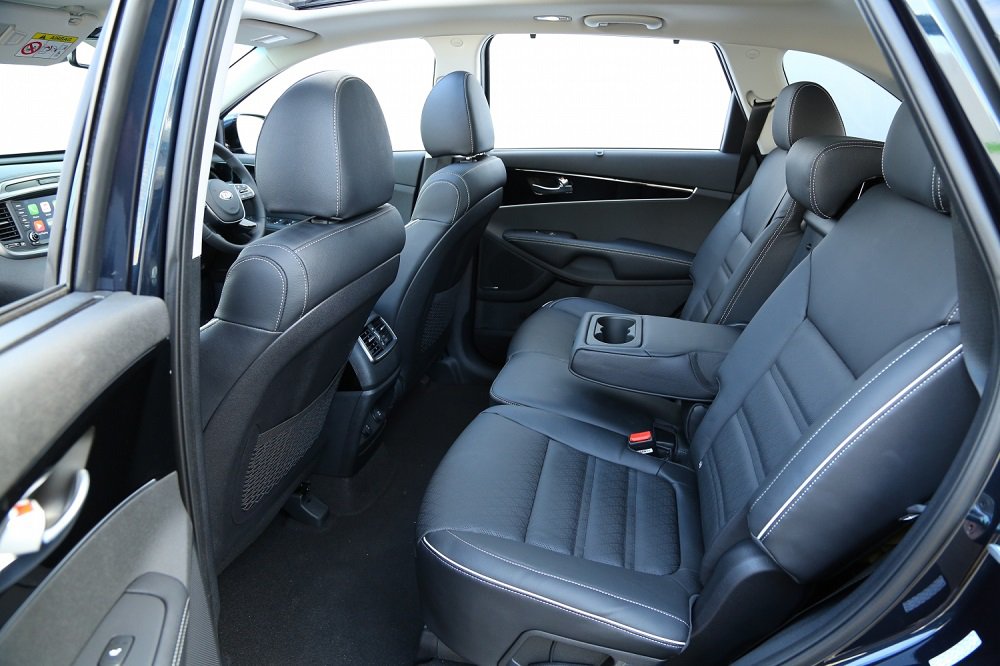 The Sorento offers loads of interior space throughout and the third row of seats are more able to accommodate grownups for short journeys. Paradoxically for a large family-oriented car, access to them is only from the left-hand side of the car.

With all seven seats in place, the boot offers a paltry 142 litres of space. Fold row three flat and this grows to 605 litres, fold both rear rows and you have a gargantuan 1,662 litres of load space which is 50 litres more than its Santa Fe relative from Hyundai. 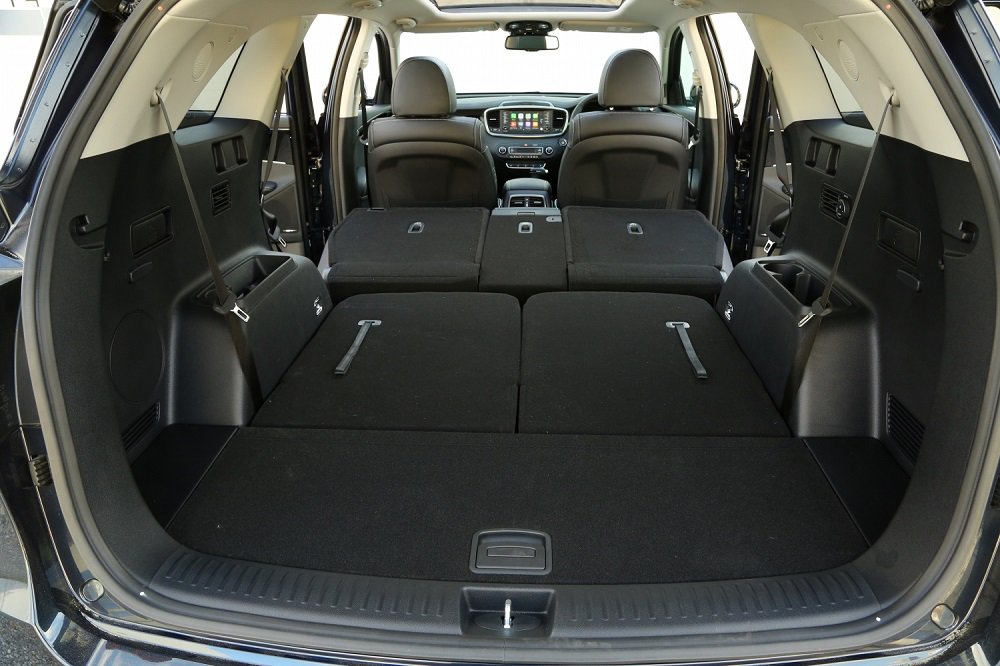 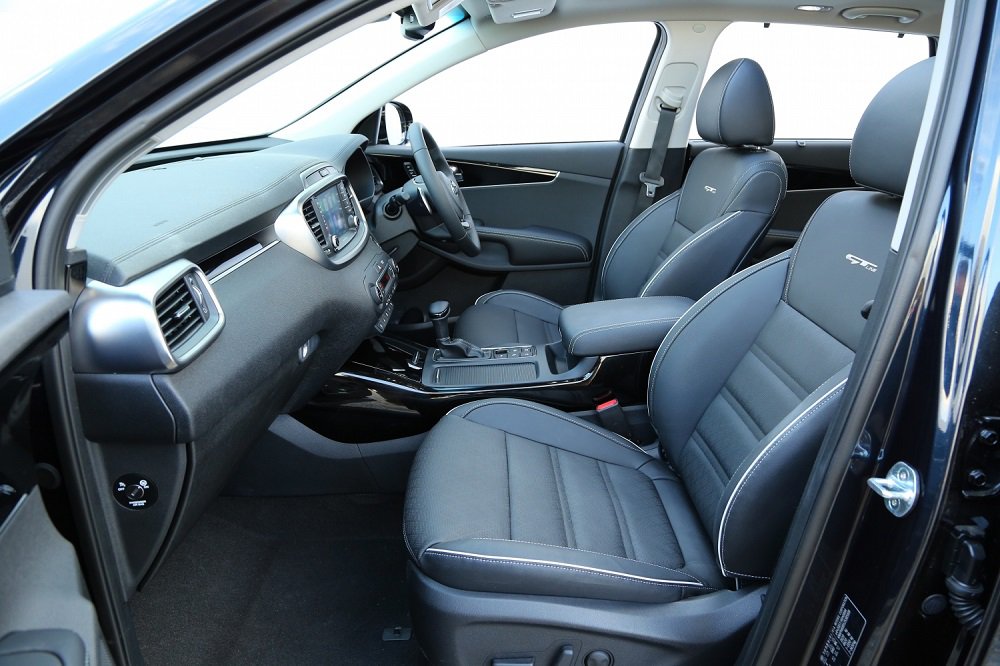 Not all the upgrades are cosmetic, mind. The GT-Line, which is based on the well-equipped KX-2 model, gets additional kit that includes electric front seats, keyless entry and start, a seven-inch dash display and a speed limit warning system. 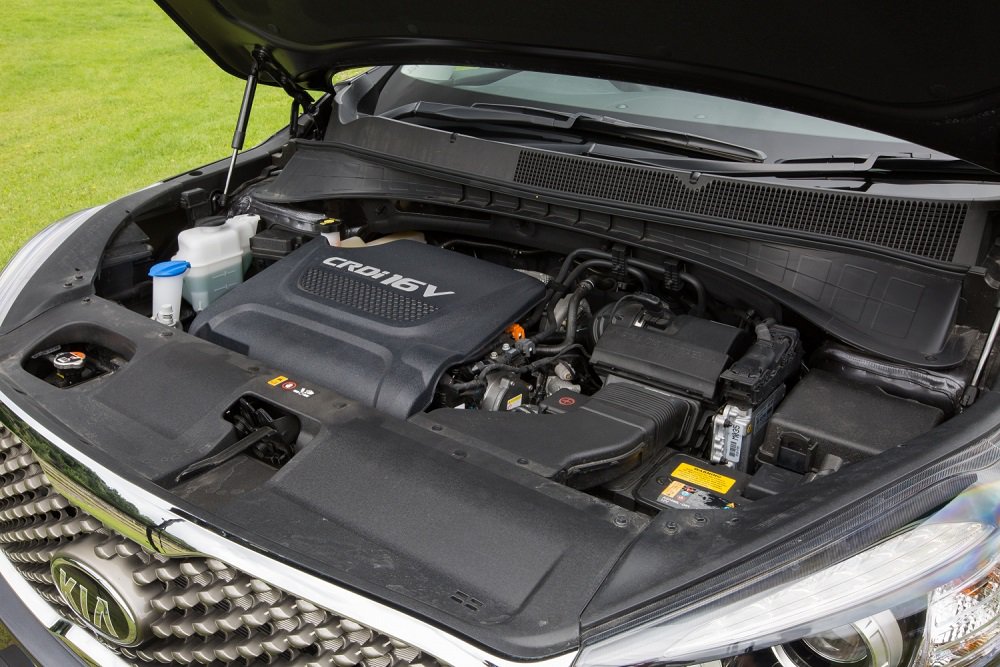 There is just the one engine for the UK-model Sorento, a strong and torquey 197hp 2.2-litre turbo diesel, sending power to all four wheels via a six-speed manual gearbox as standard.

With its 441Nm of torque available from just 1,750rpm, the diesel engine is potent enough to pull a fully laden car up a steep hill without any fuss, returning claimed fuel economy of 49.6mpg. In real-world conditions you can expect it to manage around 40 to 45mpg.

It’s reasonably quiet at motorway speeds and won’t have any trouble keeping up with fast-moving motorway traffic but the engine can get a little chatty when pressing on. It’ll reach 62mph from rest in nine seconds – exactly the same as the Hyundai Santa Fe and just a fraction slower than a comparable Skoda Kodiaq.

The standard six-speed manual gearbox is reasonably easy to use but the ageing six-speed auto’box has been replaced by Kia’s own and impressive eight-speed automatic which significantly reduces stress on long motorway journeys, lengthy traffic jams and in stop-start urban conditions. Not only is it smoother and much more refined than the old six-speed auto, it helps reduce the Sorento’s CO2 emissions from 172g/km to 159g/km. As with the previous Sorento, handling set-up on the current model remains geared towards ride comfort but, this time round its handling is significantly more accomplished, displaying better body control than previously.

There’s still a degree of roll as you corner with enthusiasm, buts it’s far from excessive and quickly instils confidence in the big Sorento’s handling traits. There is no additional communication through the steering wheel but its weighting, which can be varied between three settings, feels more appropriate to the size of the car, being a touch heavier than the outgoing model.

With power delivered exclusively to the front wheels in most driving conditions, the Sorento has a tendency to understeer when you ask too much of it and it has to be provoked rather unwisely before relinquishing grip – of which there is plenty, by the way. For the most part, the large Kia corners neatly and tidily, reinforcing that feeling of security and confidence that 4x4 owners seek most. Although the ride quality feels marginally firmer than before, in part because of revised European-specific suspension dampers, it remains a very comfortable car to both drive and be a passenger in, particularly when riding on the standard 17-inch alloy wheels, shod in chunkier 65-profile tyres.

While far from dull, the drive is unlikely to entertain, but you and your passengers will arrive at your destination unruffled, relaxed and refreshed. The Kia Sorento is regarded by many who experience the lifestyle to be a serious off-roader and has a lot more brawn than its Chelsea tractor looks suggest. The clever four-wheel-drive system can automatically direct power to the axle with the most grip, while the electronic centre differential lock can maintain a 50:50 torque split in rough conditions. What’s more, hill descent control takes the strain when tackling slippery downhill stretches.

Ground clearance of 185mm might mean you won’t be scaling Mt. Snowdon any time soon, but I found the system perfectly capable of traversing several soggy fields and muddy tracks without digging itself into a hole and the recent deluge of snow presented little challenge to the Sorento. Large SUVs such as the Kia Sorento are ideal towing vehicles and the big Kia can tug a hefty 2,500kg behind it, which is a respectable towing capacity for a diesel 4x4. If the eight-speed auto is more suited to your driving style, towing capacity is reduced to 2,000kg. The big Sorento has space and versatility to match its style, quality and refinement. The introduction of the GT-Line and GT-Line S trim grades is a clear effort to keep the SUV, for many years the brand’s flagship model, competitive against several newly emerged rivals and in most areas the upgrades work.

Buyers tempted by into one of the GT-Lines will take home plenty of SUV for the money, with loads of interior space and improved interior quality. It boasts more up-to-date technology – and particular mention must be given to the new eight-speed auto gearbox – and the ability to go much further off the black stuff than many of its rivals could manage.

Buyers wanting a large, quality all-rounder should certainly take a look at the Sorento which, incidentally, is still holding its own.