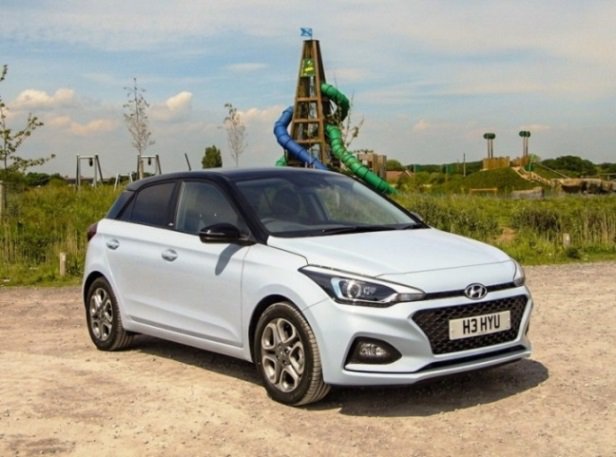 The Hyundai i20 hatchback was first introduced in 2008. A new model arrived in 2014 and received a mid-life refresh in 2018 which made it safer and more technologically advanced than ever. 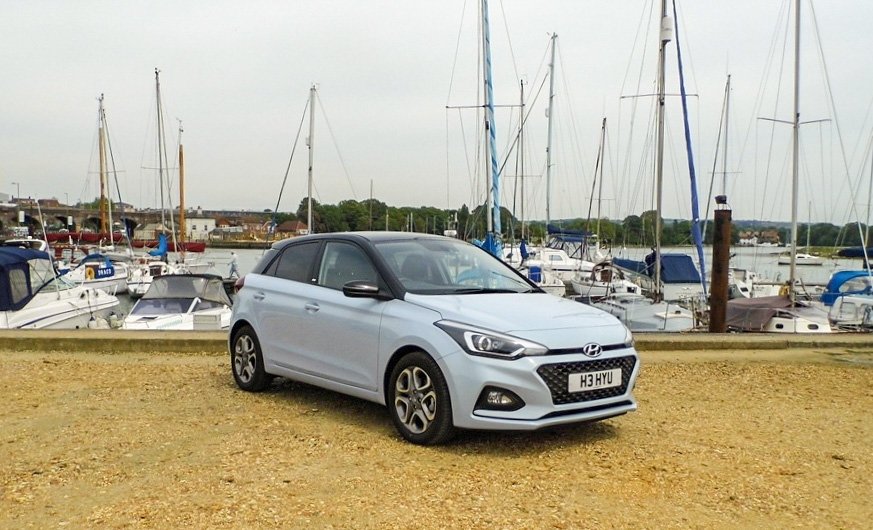 It continues to be made at Hyundai’s state-of-the-art plant in Turkey and this second iteration came to market following a German-based product-development programme and a demanding testing schedule on a variety of roads right across Europe. You could say it’s been specifically developed for us.

In early April 2019, Hyundai added a special ‘Play’ edition to its current i20 line-up and I’ve spent all this week in H3 HYU, fitted with the turbocharged three-cylinder 1.0-litre 98hp petrol engine paired to a five speed manual gearbox and presented in ‘Clean Slate’ metallic paint. Here’s what I thought… 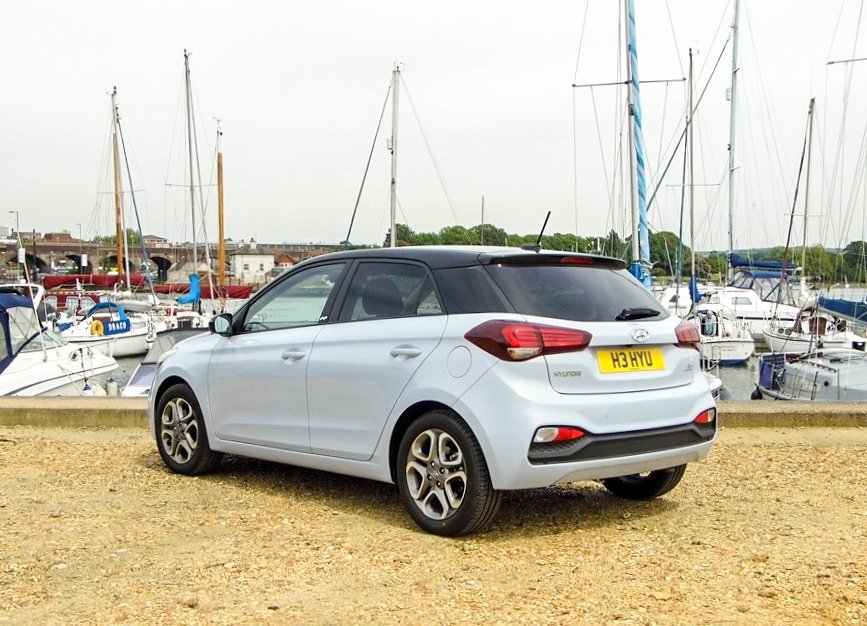 The Hyundai i20 has been styled rather conservatively since its introduction in 2008, but the chiselled lines of this second generation are more appealing to the eye.

In line with current cost-cutting trends by car manufacturers, the three door version has been discontinued, leaving the more practical and family-oriented five-door hatchback the only body style available. 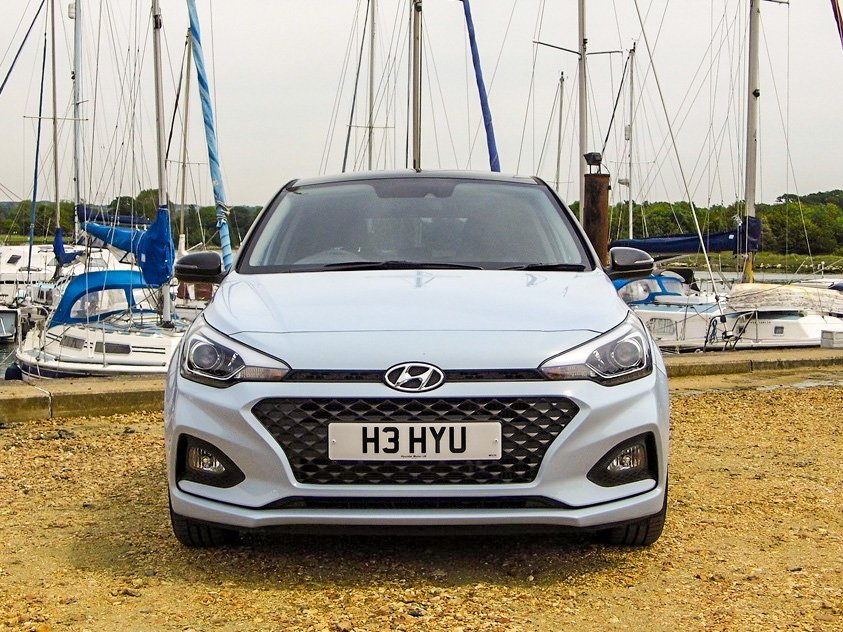 The refreshed i20 features new front and rear bumpers, new boot lid which now also accommodates the rear number plate which has been relocated from lower portion of the pre-facelift bumper. The car also gets new alloy wheel designs and a pair of redesigned tail lamps.

Changes to the interior of the 2018 model include the addition of a new infotainment system that now comes with Apple CarPlay and Android Auto. 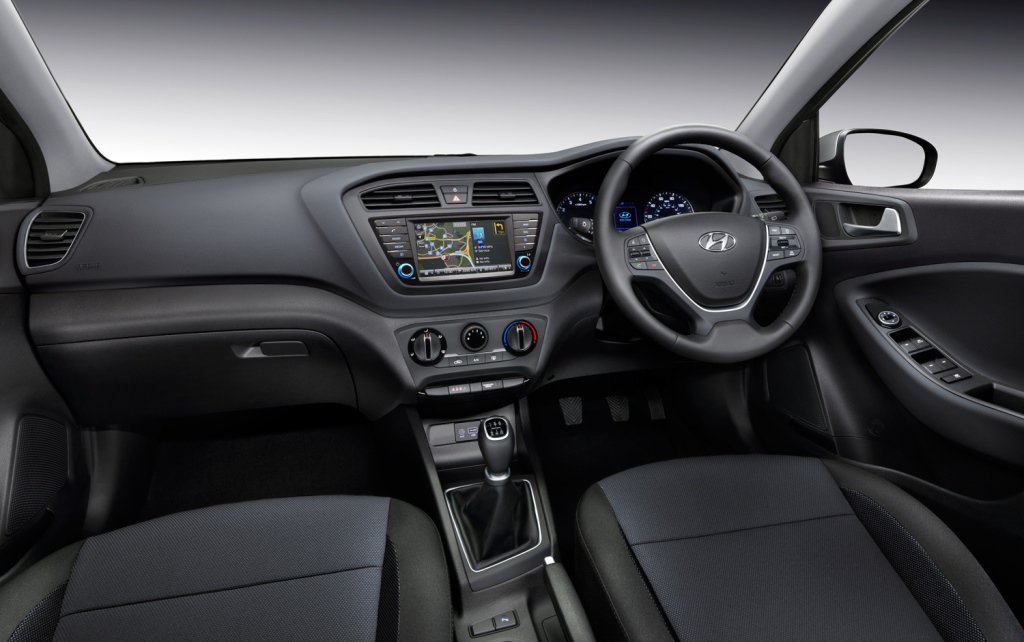 You sit quite low in the i20 but finding a good driving position is far from challenging. The steering wheel adjusts for height and reach and a few tweaks of the levers on the side of the seat should be all most drivers need to get comfortable. The new touchscreen system and dashboard are logically laid out and within easy reach of the driver. 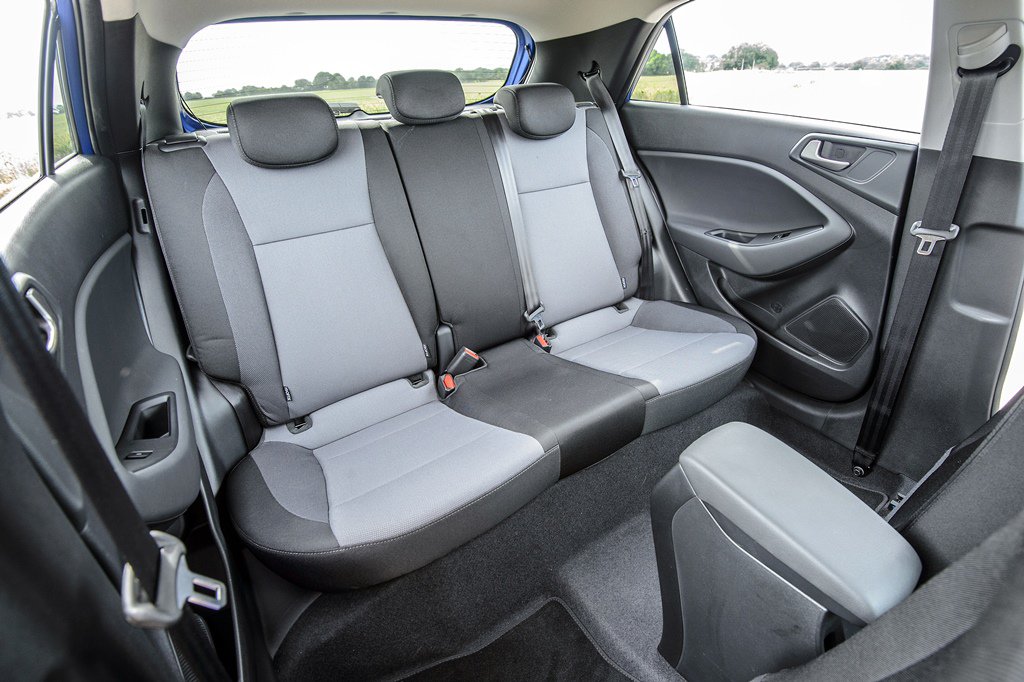 The i20 is one of the roomiest in the supermini class, with enough leg and head room to accommodate tall drivers with ease. In the back, again the i20 is right up there with the best in class in terms of rear passenger space, with plenty of leg room and a particularly wide interior.

Access is very good as the doors open quite wide and the high roof means you don’t have to duck too low to reach a child seat. 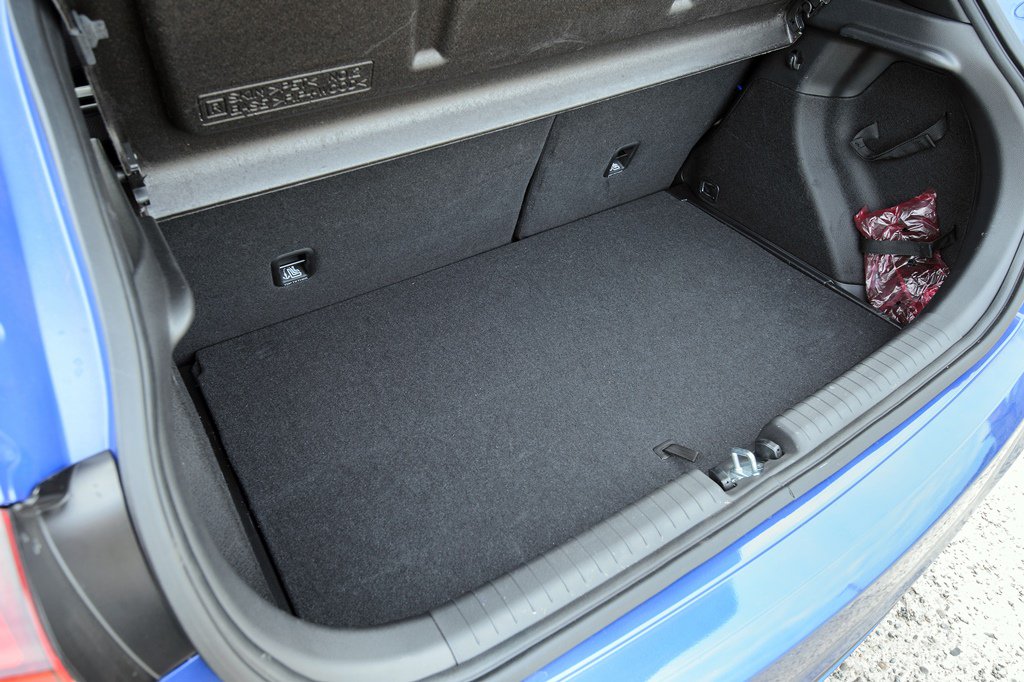 With the rear seatbacks in the upright position, the boot of the i20 can hold an impressive 326 litres which makes it one of the largest in this class – significantly beating the Polo’s 280 litres and the Corsa’s 286 litres. Those same seatbacks are split 60:40 and when folded, reveal 1,042 litres of luggage space. The shape of the boot is wide and deep and its load lip is only marginally pronounced, making it relatively easy to slide awkward items in. 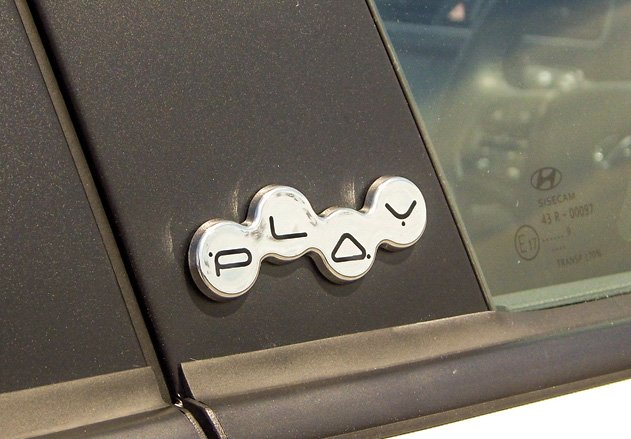 The i20 Play is available in five paint colours, including ‘Tomato Red’ and ‘Polar White’ as no cost options and ‘Champion Blue’, ‘Stardust Grey’ and ‘Clean Slate’ metallic paints at additional cost. All colours are complemented by gloss black mirror caps and Play badging. It also gets a ‘Phantom Black’ painted roof as standard. 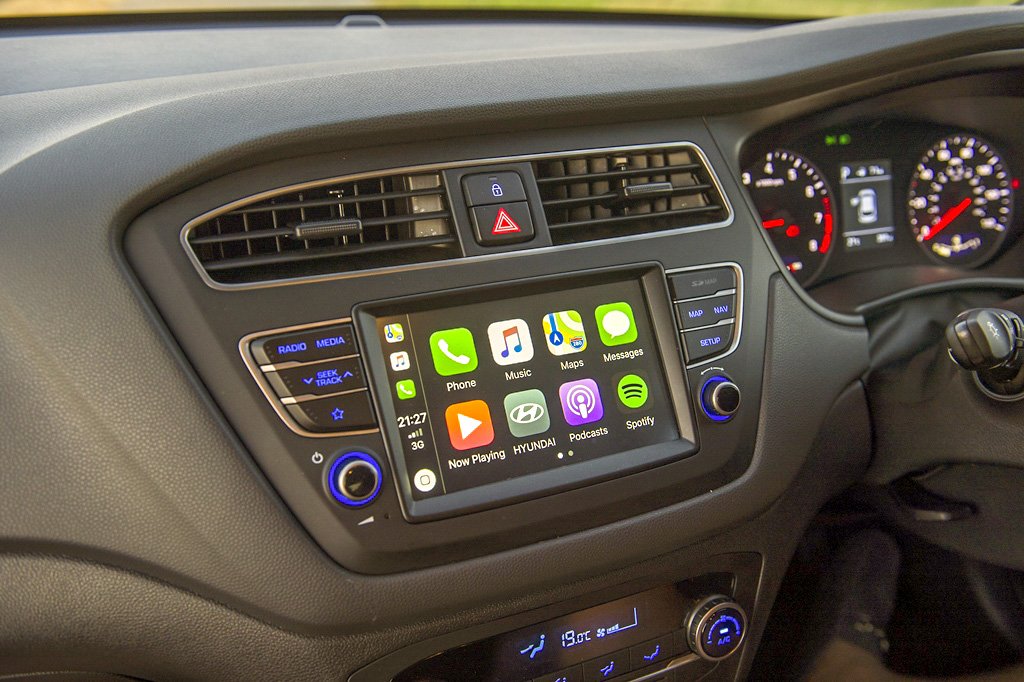 One of the biggest upgrade changes from last year comes if you choose the turbocharged three-pot 1.0-litre T-GDi engine which can now send its 99bhp through either the five-speed manual gearbox (as in the Play Edition), or a new seven-speed auto transmission.

That’s the only engine that may be paired with the auto’ box, while the others such as the 1.2-litre with 74bhp or 83bhp, having the five-speed manual but if you plump for the 1.0-litre turbo with 118bhp you can have a six-speed manual. 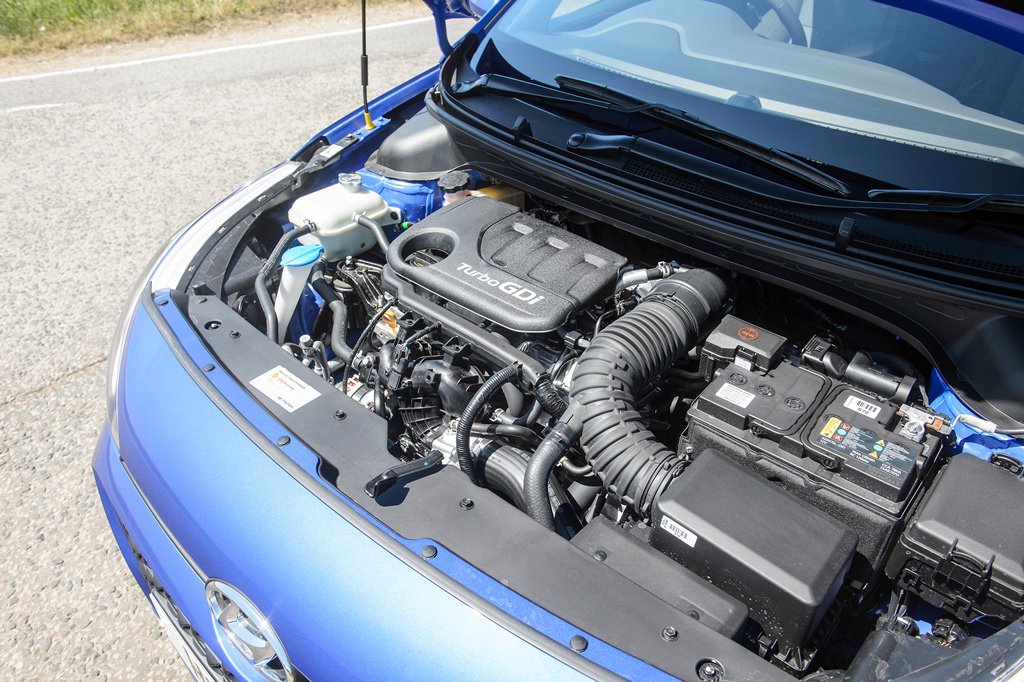 High-strength steels make up a large proportion of the new i20’s body shell and the extra rigidity has definitely made an impact on the new i20’s dynamic character.

The Hyundai i20 is surprisingly comfortable to drive, given its diminutive size. Around town, it will dismiss potholes and drain covers better than some much larger - and more expensive - cars. The i20 is very easy to manoeuvre thanks to its light steering and good visibility and the rear parking camera and front parking sensors fitted to the Play Edition make it a doddle to park up. 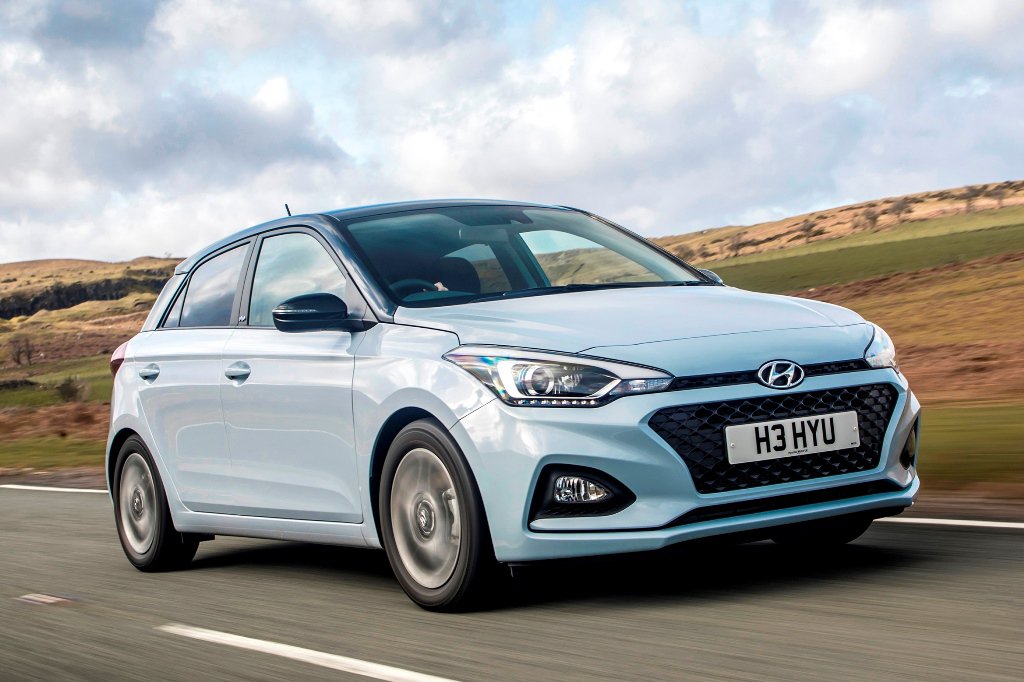 Take a gentle pootle along quieter rural roads and the pliant suspension does an impressive job ironing out potholes and bumps without any unpleasant body lean that might cause your passengers to feel slightly queasy.

For those inter-city motorway trips, you’ll only hear a slight burble from the 1.0-litre engine and there is very little road noise from the rubber underneath. However, door mirrors and windscreen produce a noticeable amount of wind noise at 70mph. 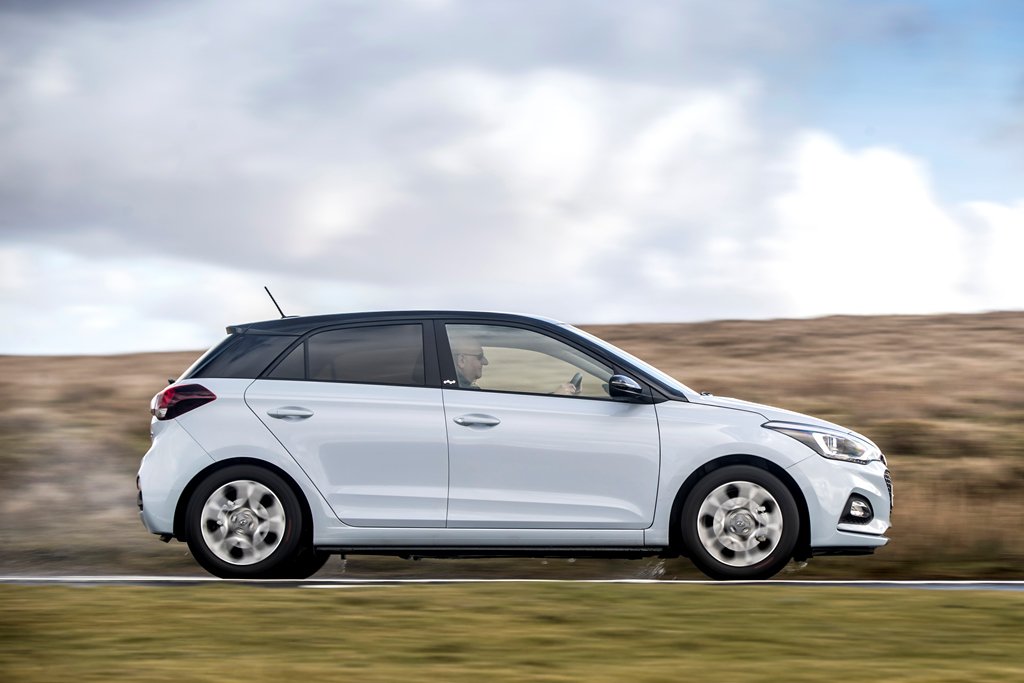 The i20 is available with a host of hi-tech safety aids, including lane-departure warning and lane-keeping assistance systems, as well as tyre-pressure monitoring. As standard, every i20 comes with six airbags, electronic stability control and an emergency stop signal. The car has also been made with high-strength steel. 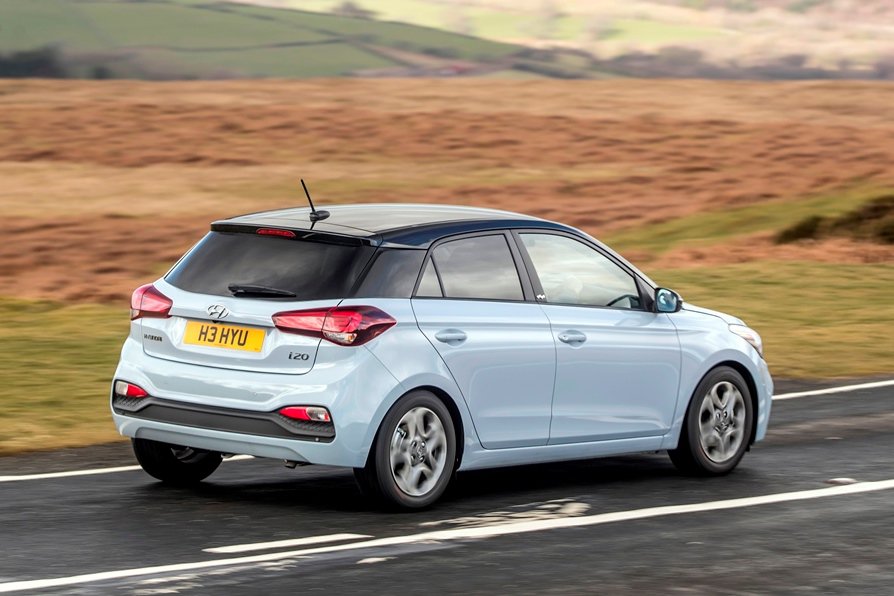 When it was crash-tested by Euro NCAP in 2015, the i20 received a four-star rating out of a possible five. It did well in three of the four main categories, scoring 85% for adult occupant protection, 73% for child occupant protection and 79% for pedestrian protection. It was only a score of 64% in the safety-assistance category that let it down.

However, when the i20 was updated in 2018, it received a host of safety-assist kit that, were it to be rested today, would likely now qualify for the full five stars. Additional kit includes autonomous emergency braking, driver attention alert and impact-sensing automatic door unlocking. 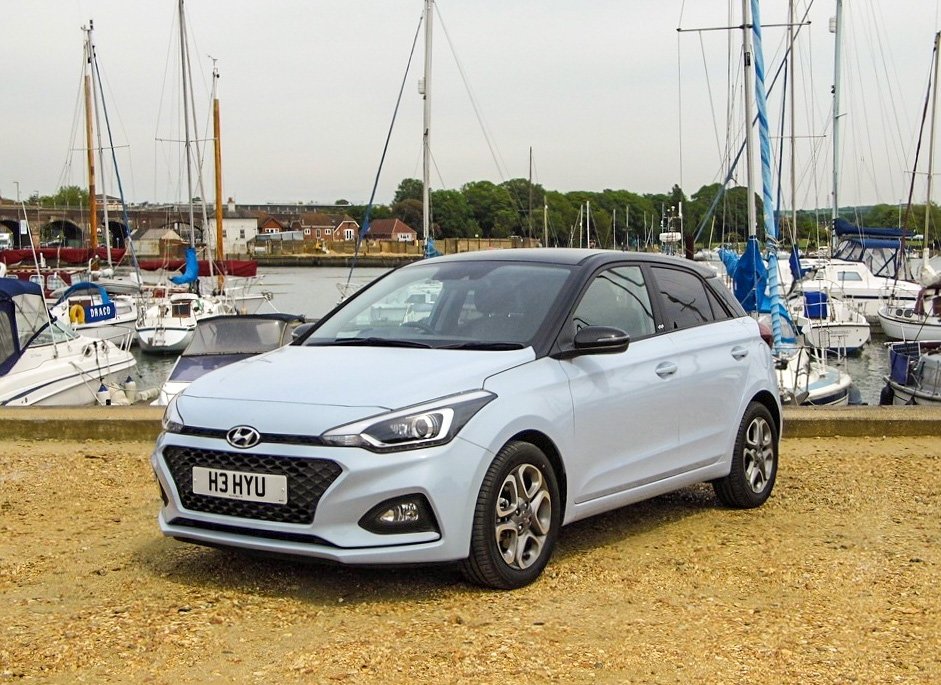 All Hyundai UK models come with a transferable five-year/unlimited-mileage warranty, five annual health checks, roadside assistance and a 12-year anti-perforation warranty, ensuring the i20 is well covered for an impressive amount of time if there are any issues.

Smart styling, comfortable, well-equipped and easy to drive, the Hyundai i20 makes for a compelling proposition in a very competitive arena. It faces stiff competition from sector stalwarts like the Volkswagen Polo, Ford Fiesta and Vauxhall Corsa and, while it might not excel in any one area, it remains a perfectly good alternative and has everything buyers want – or need – in a supermini.

Browse our latest top leasing deals on the Hyundai i20, including the Play Edition as tested. 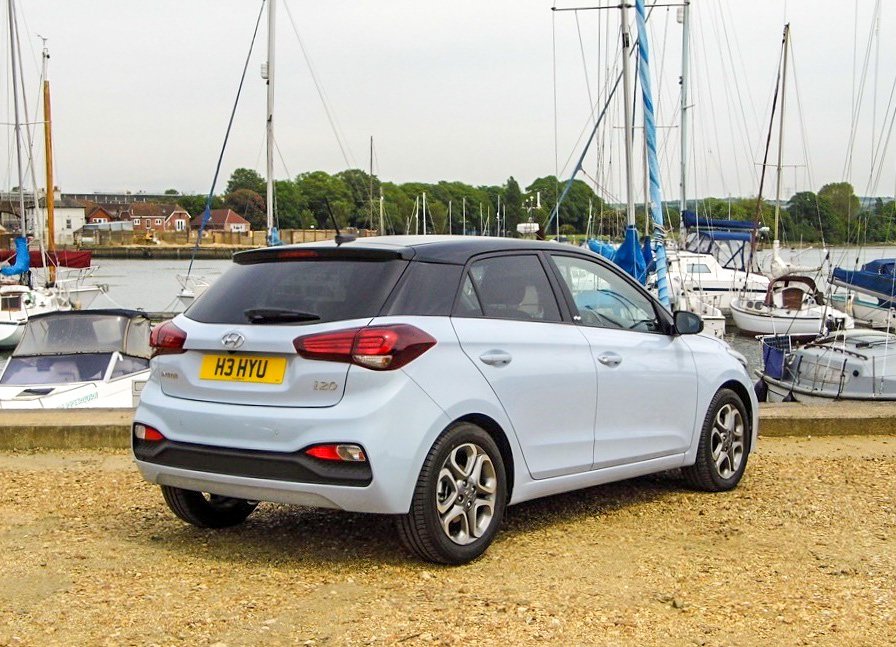 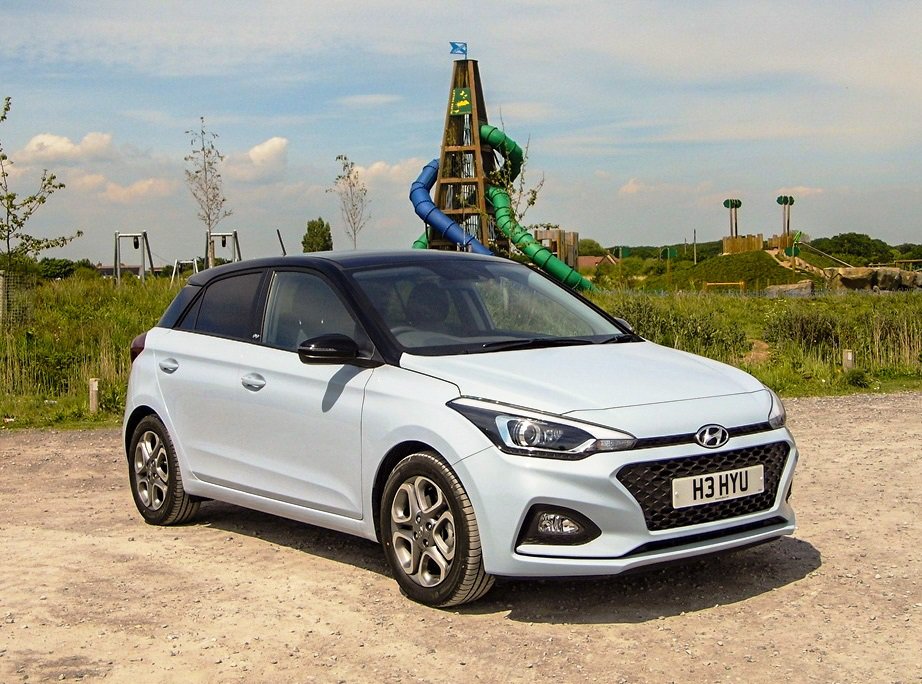 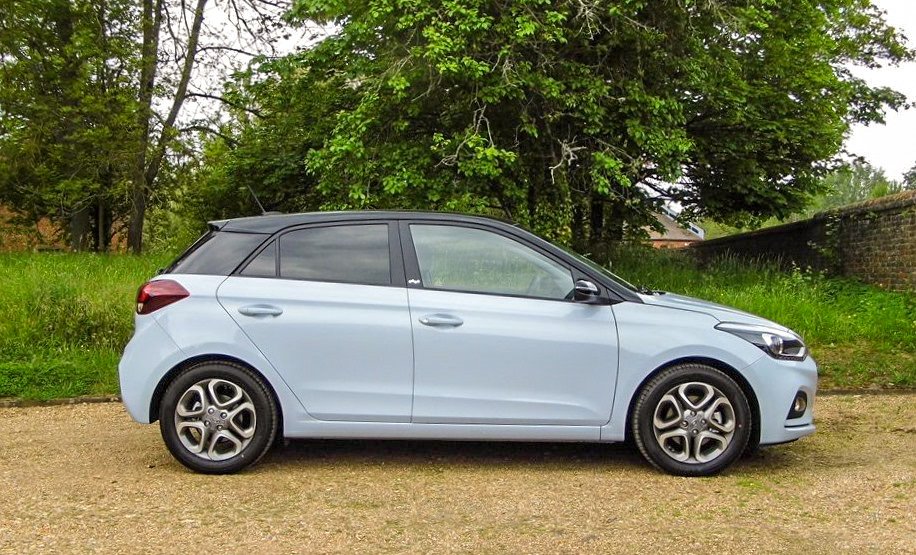 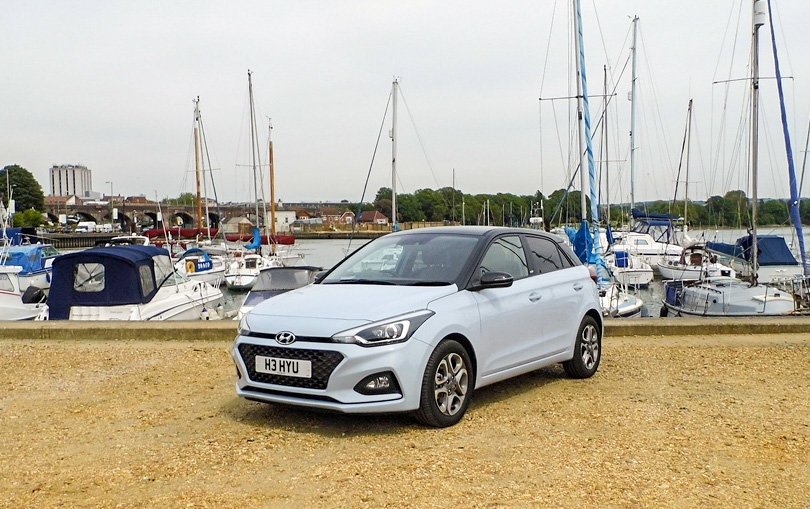