Introduced to the UK in 1999 and with global sales of around 2.2 million units, the BMW X5 is a hugely significant model for the Bavarian automaker.

Of course, other SUV’s were around back then, but the BMW X5 was the first sizeable luxury SUV to offer engaging levels of power and smirk-inducing handling. 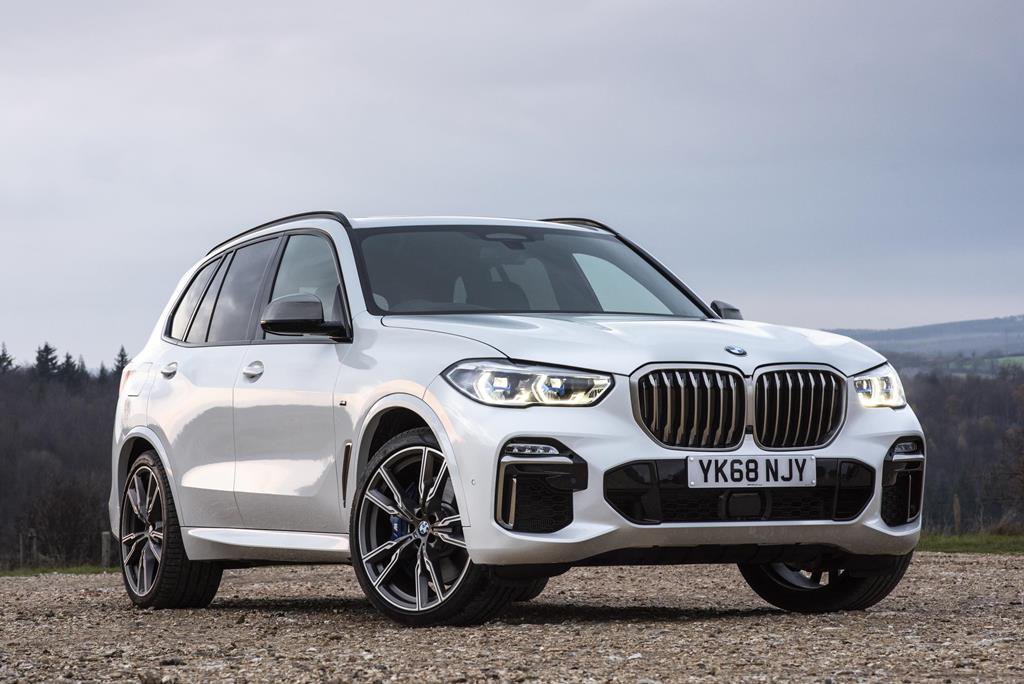 Twenty years on, this fourth-generation (G05) X5 faces stricter environmental regulations and even higher expectations when it comes to luxury, technology and driver assistance features. Developed from a blank sheet, the all-new X5 (G05) is based on the new Cluster Architecture (CLAR) platform shared with other BMW models.

While the BMW X5 is produced for additional markets at various sites around the world, the majority of the global supply – including for the UK market – is manufactured at BMW’s in Spartanburg plant, South Carolina, USA. 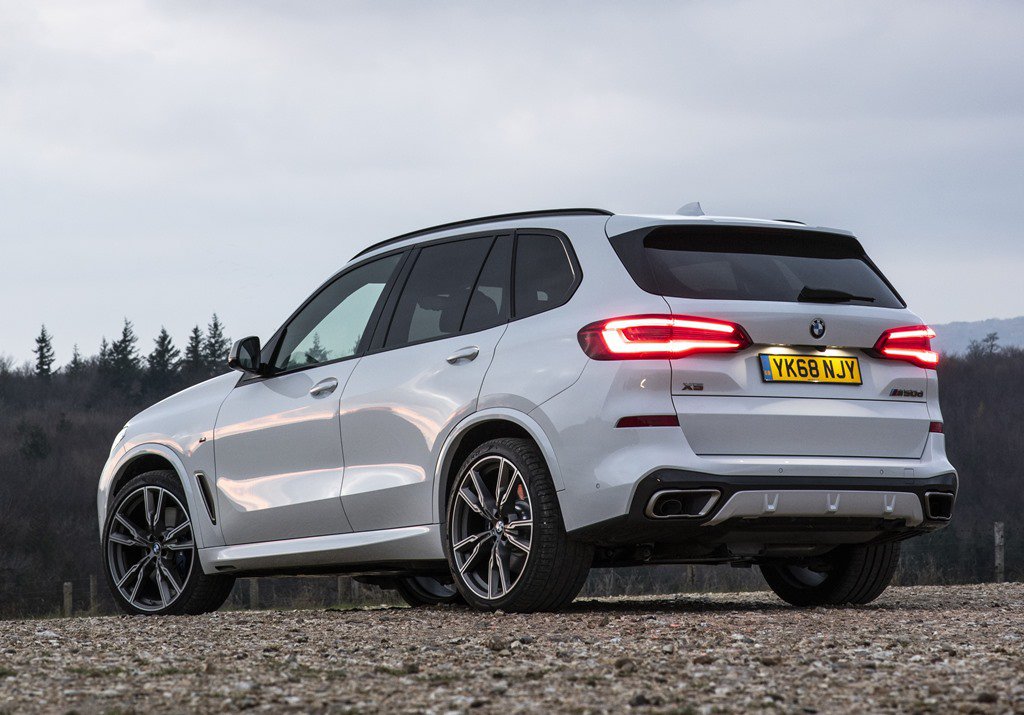 You could be forgiven for thinking the new X5 looks very much like its predecessor. But those larger front kidney grilles make it appear almost as aggressive as the new and even larger X7, while the rear bears more than a passing resemblance to the smaller X1.

However, every exterior detail has been changed but the X5 is still instantly recognisable, albeit with taller kidney grilles, sharper creases and new LED lights. It's longer, taller and wider than before too, helping to disguise the fact that in M Performance guise as tested, it can be fitted with gargantuan 22-inch alloy wheels. 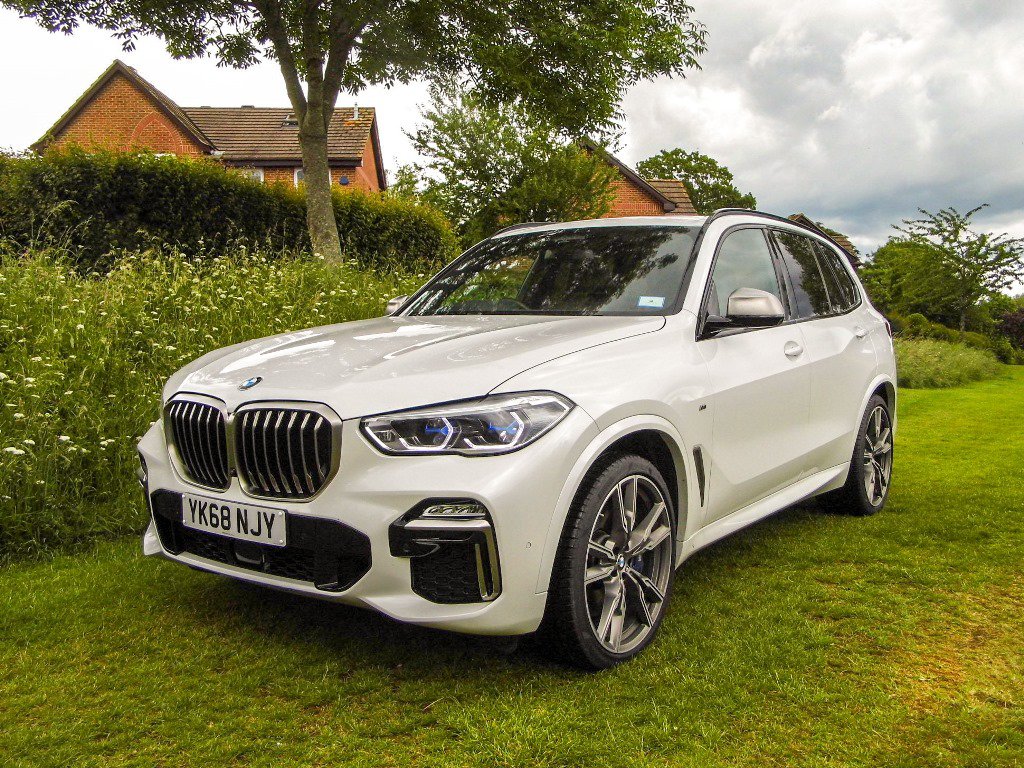 Thanks to the new CLAR chassis, there’s more than enough interior space a modern family could possibly want, and represents a noticeable step-up in quality and technology, with clever digital instruments replacing traditional gauges.

The latest version of BMW's iDrive infotainment system is the best yet and the central screen is exceptionally crisp. Meanwhile, leather upholstery comes as standard and there are novel features like a glass roof that can illuminate at night to shine like starlight. 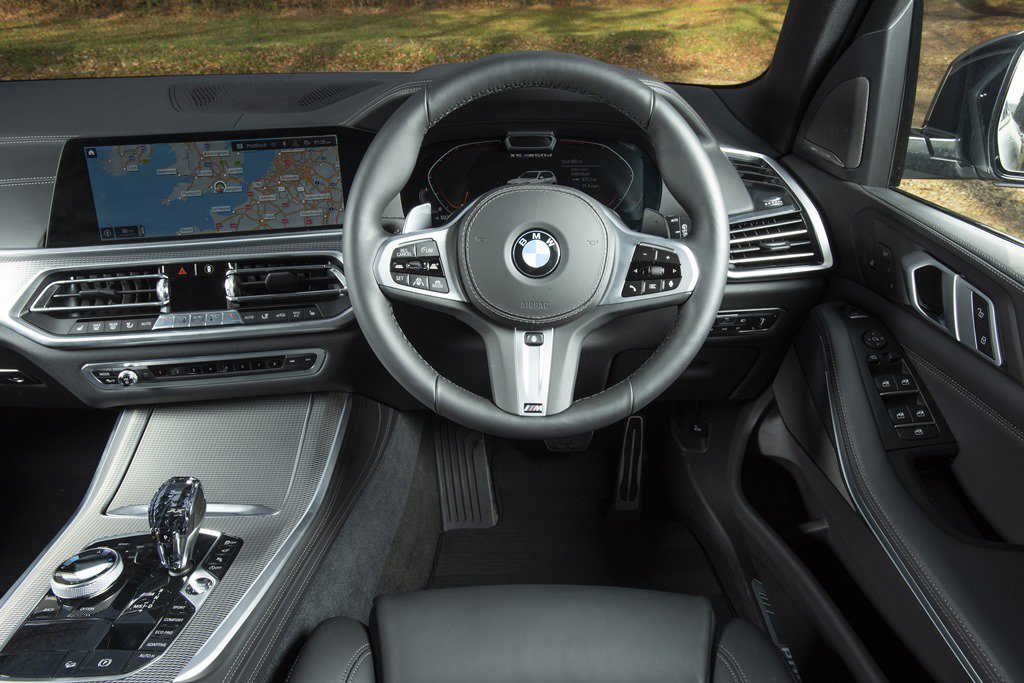 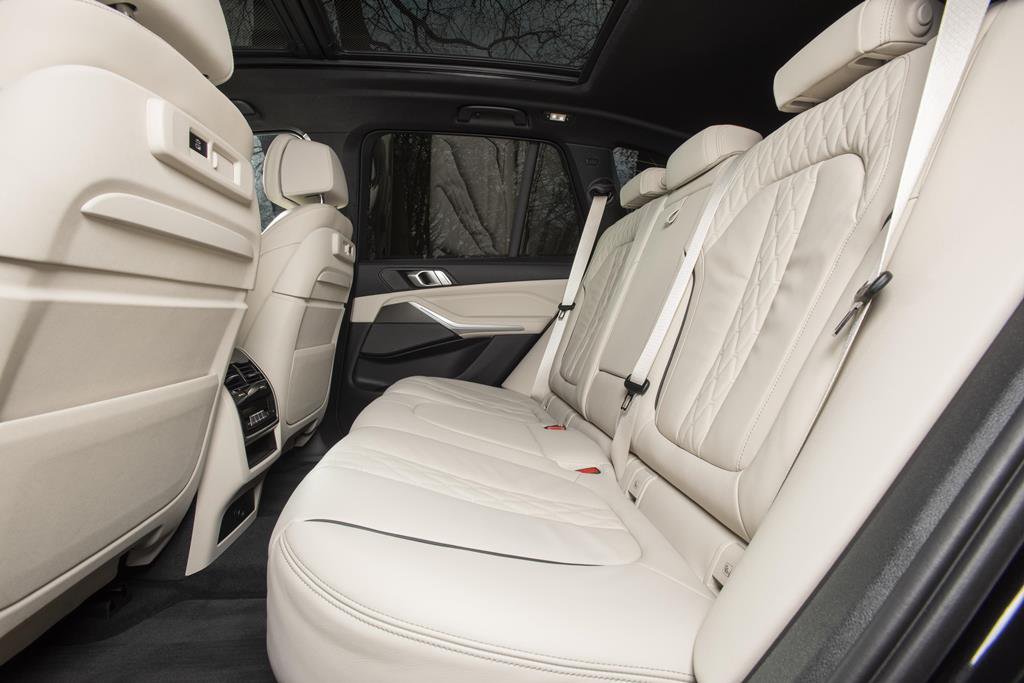 The new X5 gets the option of a third row of seats for a seven-seat capacity and the split-tailgate also makes it easy to load heavy luggage – or merely to sit and admire a scenic view. In the standard X5 you'll be able to take four adults with you, with plentiful headroom and lots of space in the back.

At a generous 645 litres, there is plenty of space in the boot to accommodate a family on the move. For more urban duties such as a skip run or the annual IKEA drudgery, the boot can be enlarged by dropping the 40:20:40 split rear seats to reveal a cavernous 1,860 litres. 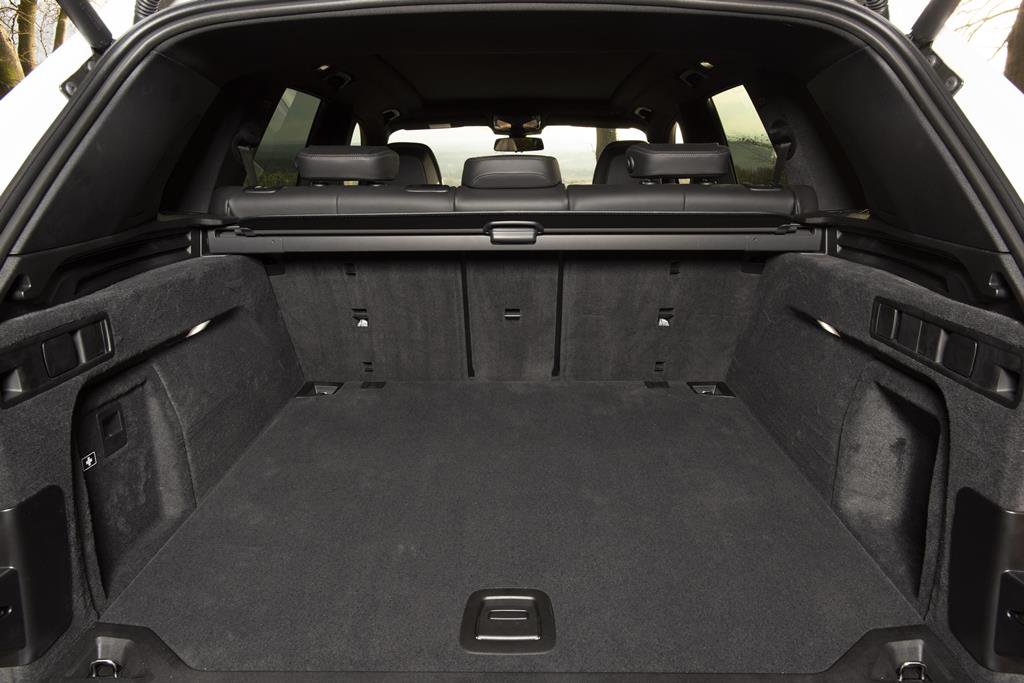 A split rear tailgate aids boot access, while the optional Comfort Access feature allows you to open both sections hands-free. Even the boot floor drops electronically when required to increase space, while an optional extra pair of seats can be fitted in the boot for those soccer practice runs.

On the regular X5, there are only two trim levels on offer – neither of which could realistically be referred to as ‘entry-level’. 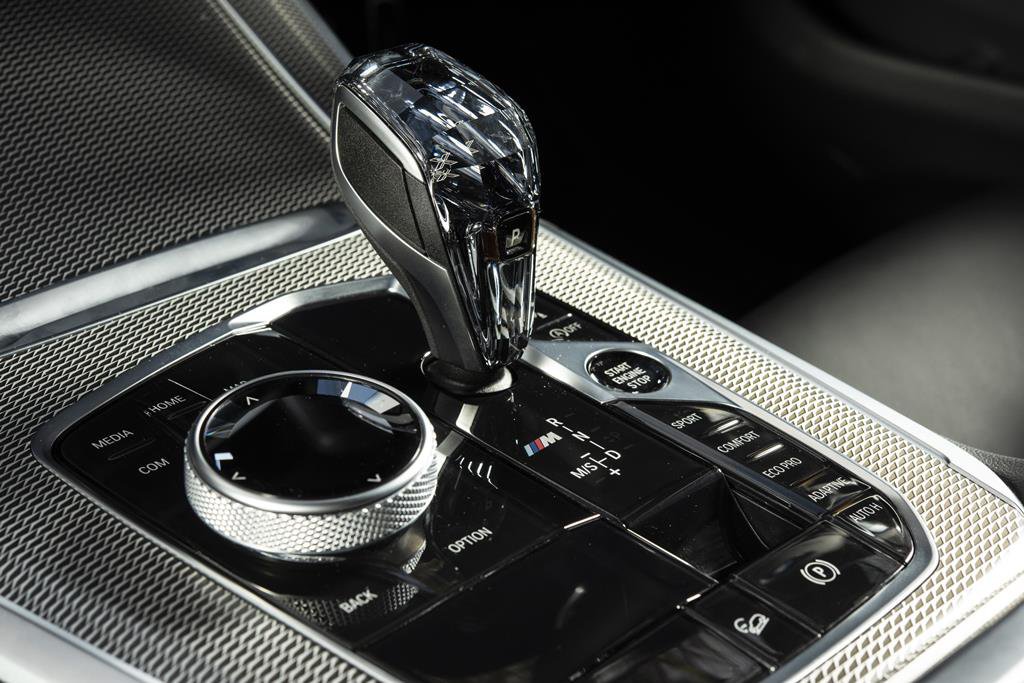 The current M50d flagship as tested is a model rather than a trim level, but gets 22-inch alloys, a greyed-out grille and adaptive M suspension.

The BMW X5 isn't short of smart technology. Adaptive cruise will now sit in stationary traffic for up to 30 seconds before the driver has to nudge the accelerator to move forward, while the new Lane Change Assistant will hold the steering in your lane until you indicate to initiate a lane change.

There's even a Reversing Assistant, which controls the steering to manoeuvre the X5 back along a path recently negotiated forwards. It can retain the steering movements made during the car's last forward manoeuvre for long periods, meaning the system can reverse the new X5 out of a parking position that it drove forwards into the day before. 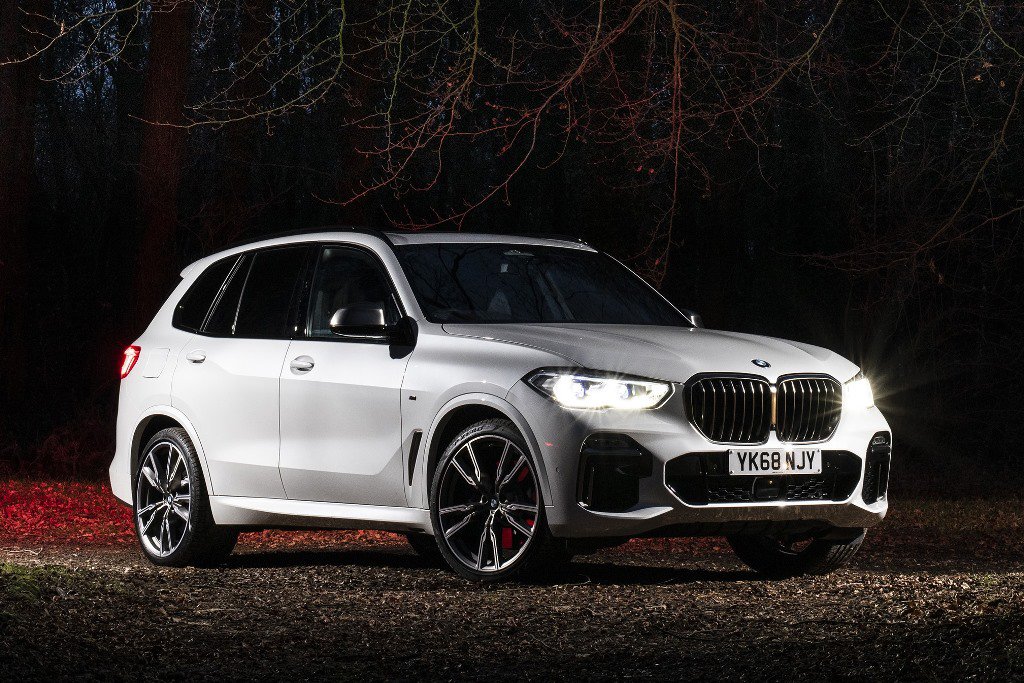 Buyers can choose from just the one petrol and two diesel engines (all in-line six-cylinder units), with a plug-in hybrid version expected at a later date.

Whichever engine you choose, power is sent to all four wheels for extra traction, via one of the smoothest eight-speed automatic gearboxes on the market.

The xDrive four-wheel drive system is programmed to send more power to the rear wheels in most driving situations, for an agile, sporty feel through corners. 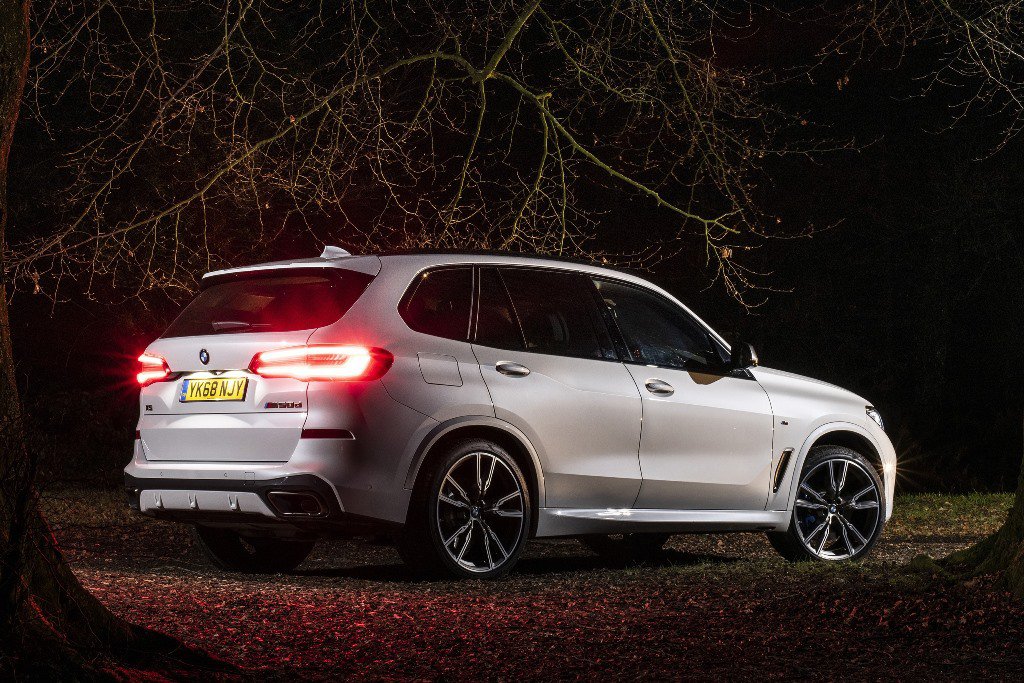 With diesel sales on the back foot, BMW's excellent straight-six diesels are likely to carry on convincing owners to opt for the fuel for some years yet.

The 3.0-litre xDrive30d has 261hp and 620Nm of torque, romping from 0-62mph in 6.5 seconds, before hitting a top speed of 143mph. It's plenty quick enough to overtake slower traffic with ease and feels flexible and relaxed on the motorway.

The fastest version is the M50d as tested, with no less than four turbochargers to squeeze 395hp / 760Nm out of the same 3.0-litre diesel. It's a complex feat of engineering, resulting in 5.2-second 0-62mph time and 155mph top speed. 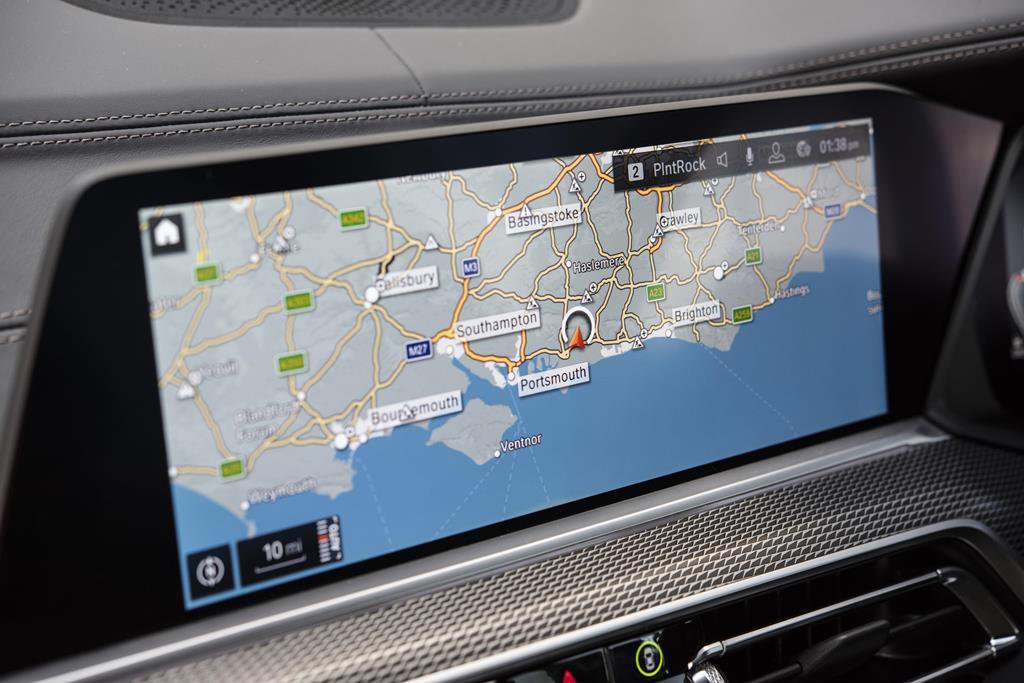 If you want a petrol-engined X5 and can't wait for the plug-in hybrid, the only option is the 3.0-litre straight-six fitted in the xDrive40i. It has 335hp, and like the diesels it's turbocharged to improve performance and efficiency. 0-62mph takes 5.5 seconds, and it can hit 151mph, putting it between the two diesels.

Around town, the large BMW X5 isn’t as daunting to manoeuvre as you might think, thanks to good visibility for the driver through its tall wide windows and standard front and rear parking sensors. BMW includes its Parking Assistant, which will steer the car into a space for you and you can add rear-wheel steering as an option for better low-speed manoeuvrability. It’s a comfortable experience, too; the X5’s standard adaptive air suspension does a good job of soaking up ruts, potholes and crusty road surfaces in its most comfortable setting.

In place of air suspension, the M50d has an adaptive steel spring set-up and offers buyers the choice of M Sport Professional suspension as an upgrade. Both of these give the X5 a sportier and more nimble feel on the road but are noticeably harsher and don’t absorb bumps quite as soothingly. Progress over imperfect surfaces is made harsher when engaging Sport mode. On twisty country roads, the BMW X5 continues to excel. It steers with precision and on its standard suspension handles well – particularly in its firmer setting. The M50d gets that firmer suspension, clever active anti-roll bars which prop the X5 up even more effectively through bends and a special sport differential for better deployment of power to the road, so feels even more agile to drive.

However, calm things down to a cruise on the motorway and you can barely hear the engine, while wind and road noise are kept to a minimum, although the latter is heard most in the M50d with its larger 22-inch alloy wheels. 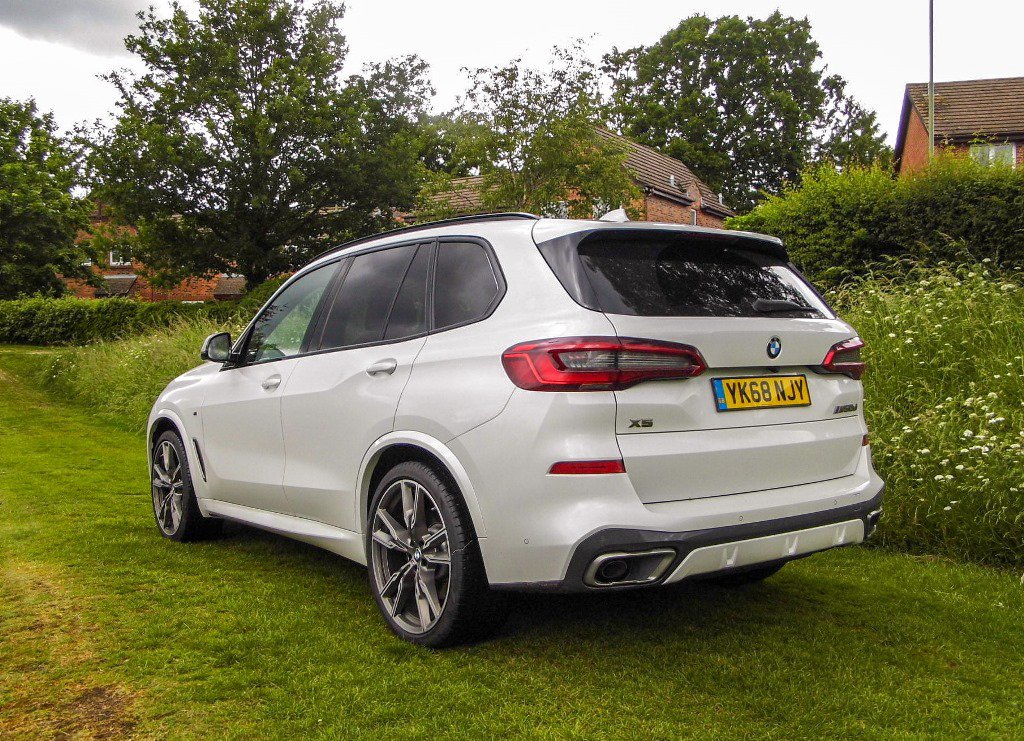 The off-road capabilities of the X5 remain impressive and for the first time in a BMW, you'll also be able to add an optional Off-Road package which protects the underside of the car from knocks and adds new drive modes.

With a simple tap of the touchscreen, you can take on sandy, gravel-strewn, snowy and even rocky terrain thanks to a selection of driving modes and settings that adapt the ride height and suspension to cope with different surfaces. 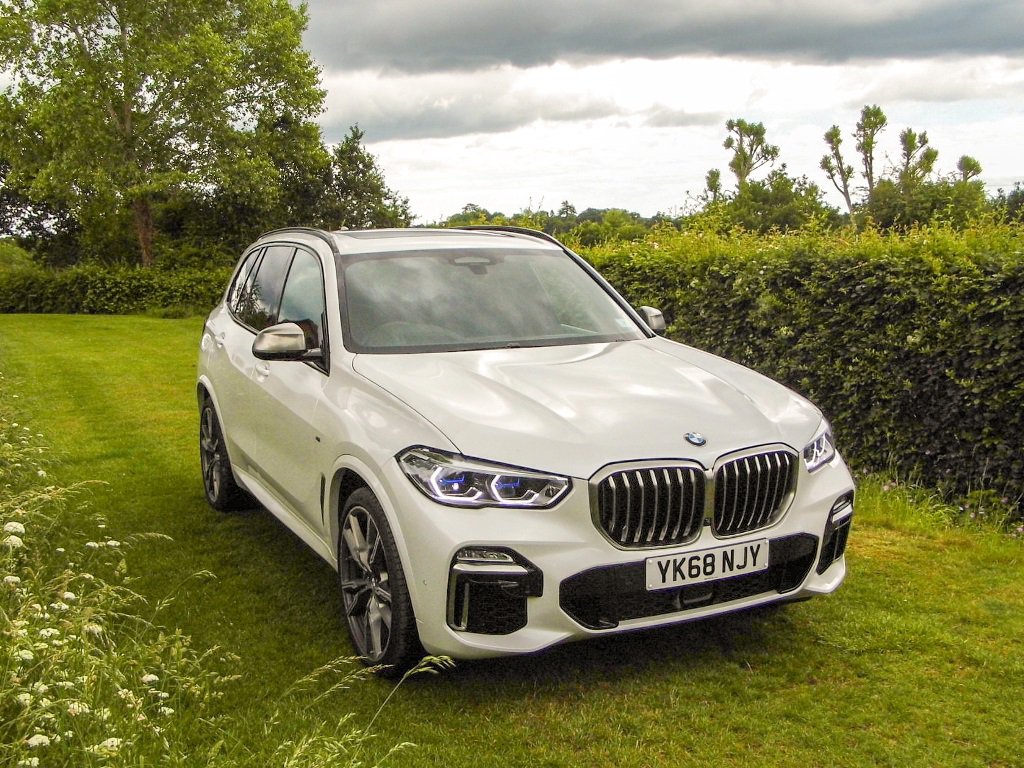 The fourth generation BMW X5 continues to be an SUV that's not only practical, but manages to fulfil that underlying BMW quality of being a driver’s car too. There is more of an emphasis on comfort and luxury and is bigger and smarter with a more upmarket-looking cabin and a range of modern engines.

Aside from the M50d’s firmer suspension and BMW charging extra for Apple CarPlay after the first year (and dismissing Android Auto altogether), the X5 is a supremely quick, comfortable, spacious and luxurious large SUV.

Browse our top leasing deals on the BMW M50d and other models in the X5 range.