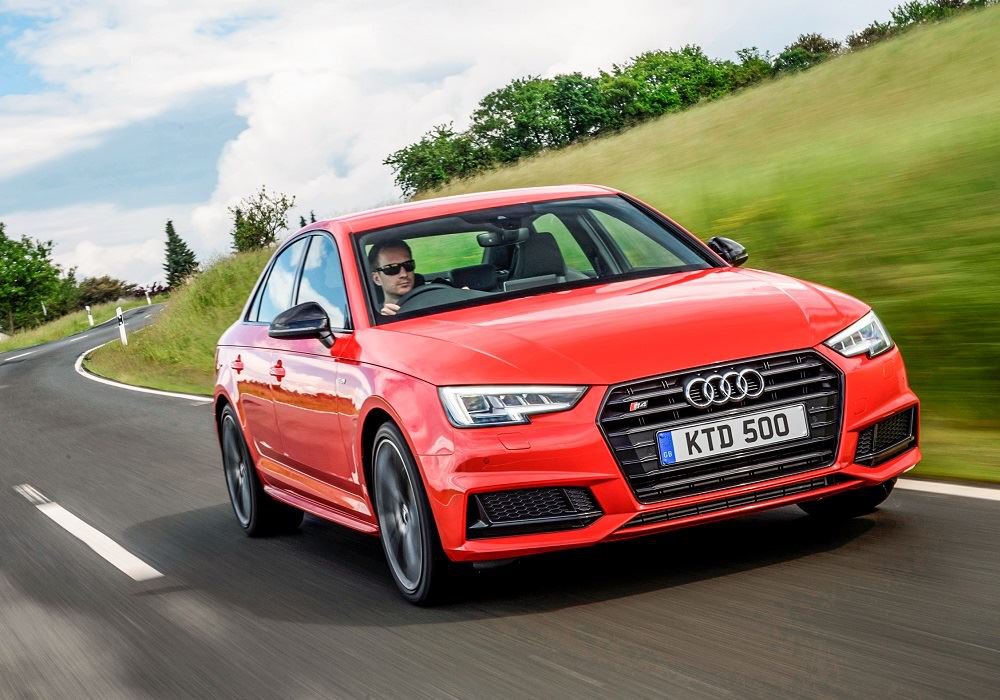 The world of performance saloons has repopulated several times since the first generation of BMWs spawned in the 1970s – those four-door quicks, in your face with brutal, ill-disciplined power, monstrous bling and bellowing exhausts. There have been many definitive examples of the genre during the intervening four-and-a-half decades, most with stratospheric price tags.

Behind such automotive chest-thumping is a raft of cars that perhaps prefer less of the limelight, the quiet, less rude thrillers – like the redesigned 2017 Audi S4. 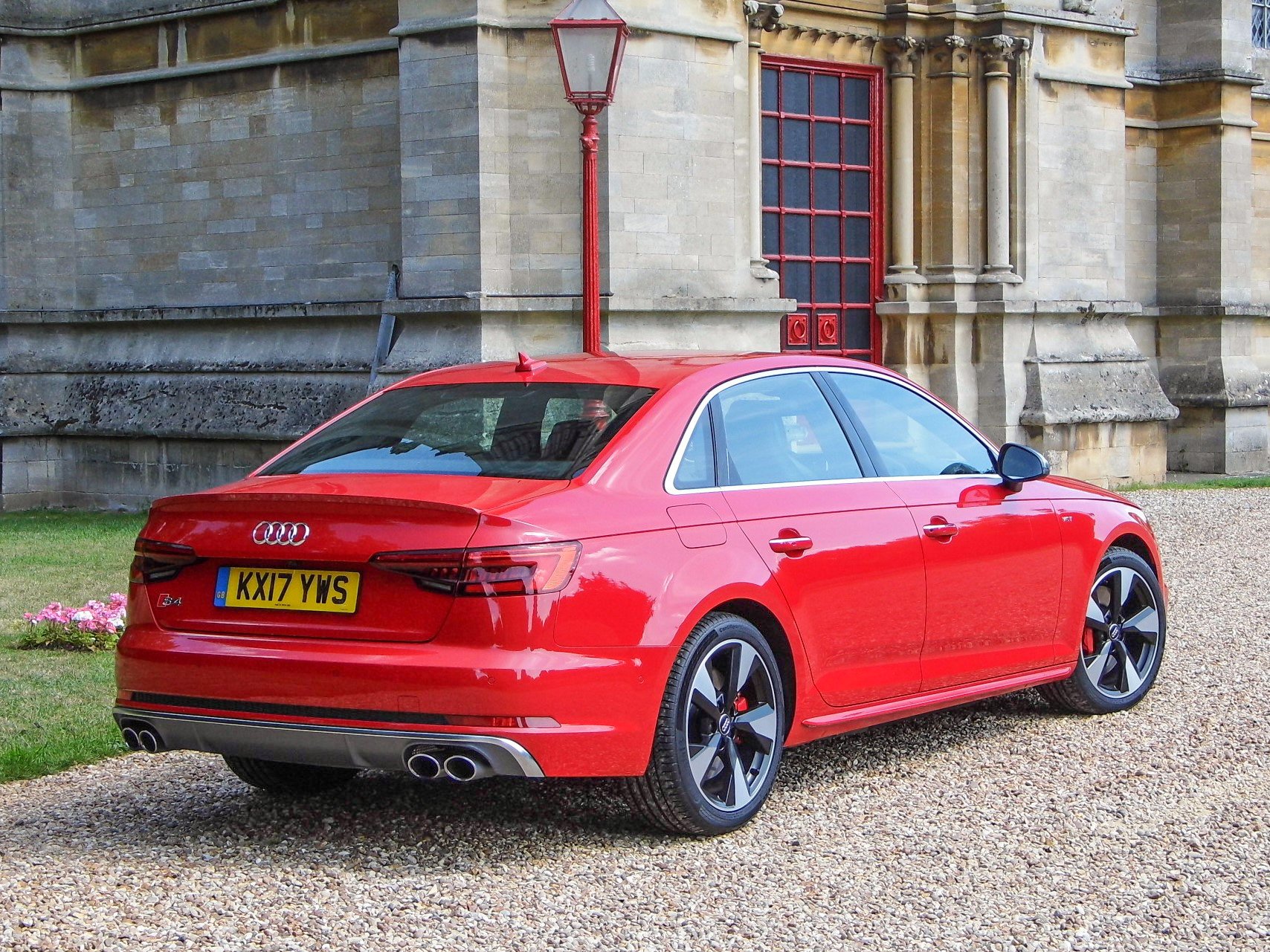 The Audi S4 is the high performance variant of Audi's compact executive car A4. The original Audi S4 (1991-94), was a performance-oriented version of Audi’s sought-after 100 sedan. Since 1997, all subsequent S4s have been based on the Audi A4 and, as the A4 has evolved from one generation to the next, so too has the S4.

The latest S4 – now in its sixth generation – continues to be built at Ingolstadt, southern Germany and still follows the longitudinal front engine, four-wheel drive mantra.

Frank Lambert, Audi’s head of exterior design, has taken the A4’s already purposeful shape and given it even more intent. Immediate aesthetic differences on the S4 from the standard A4 are 19-inch alloys, LED headlights, reshaped air vents, rear diffuser, discrete boot spoiler, quad tailpipes and subtle use of ‘S4’ and ‘V6T’ badging.

Get up closer, though, and you'll notice the serrated shape of the headlight, the clamshell bonnet and shut lines tighter than Philip Hammond on Budget Day. Audi UK suggests the S4 body kit is ‘aggressive’, but I think it's safe to say that the brew of choice at Audi's styling bureau is more ‘Earl Grey’ than ‘Irn’ – it’s restrained in an elegant, understated kind of way.

The S4’s interior design is contemporary and very well constructed, but its looks are scarcely different to the A4, aside from the optional 12.3-inch configurable Virtual Cockpit digital driver instruments with three display modes. There is a flat-bottomed steering wheel and ‘S’ embossed sports seats. 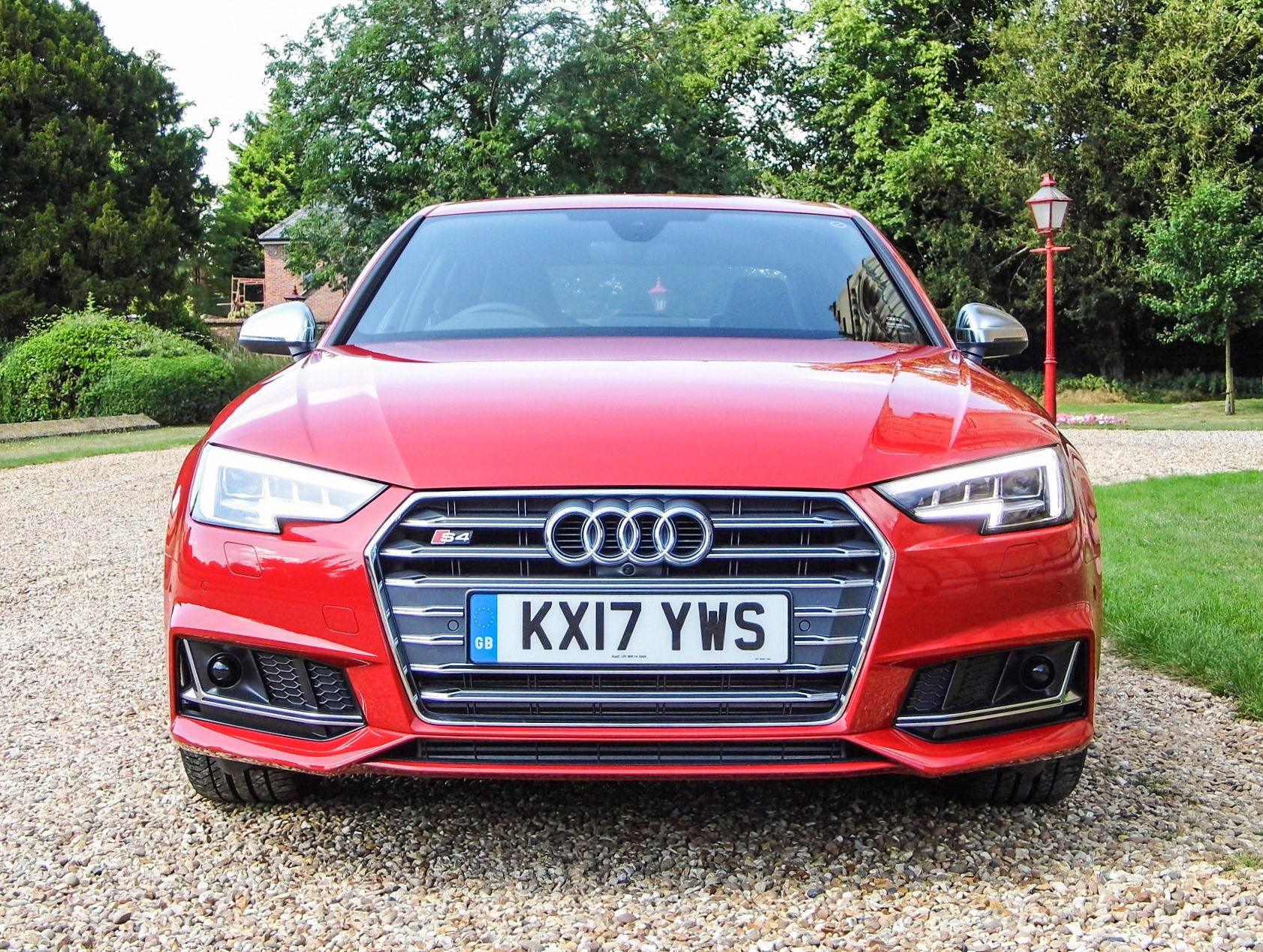 At the heart of the new S4 is the 3.0-litre turbocharged V6 power plant. It is brand new and develops 349hp (up 20hp) and a nicely-rounded 500Nm (up 60Nm). The new engine is 14kg lighter than the supercharged unit it replaces, and is more efficient.

The S4 has torque-vectoring for more dynamic cornering, during which the wheels on the inside of the bend are slightly braked before they can break traction. The win is more precise handling, greater agility and stability. 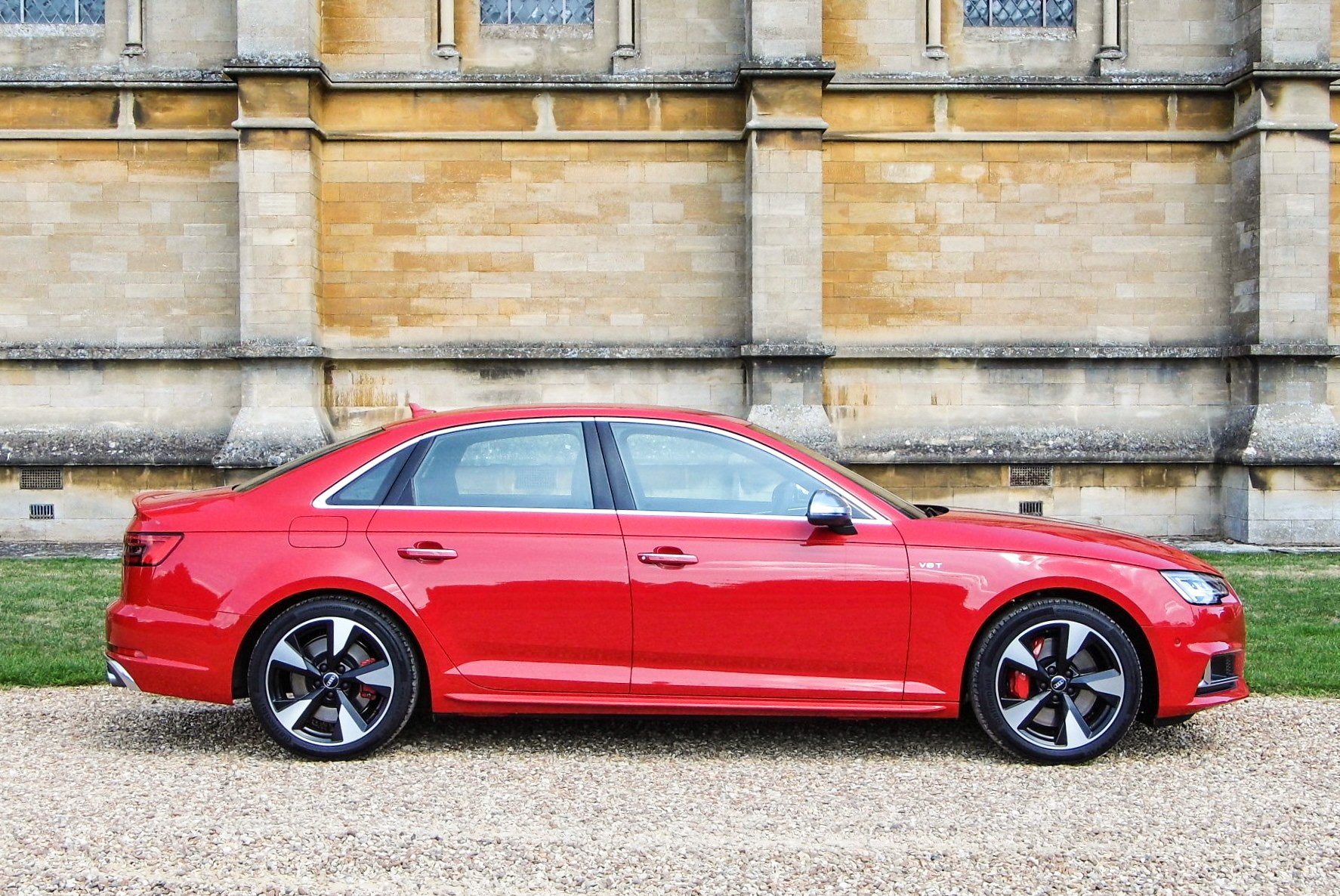 The S4 will rocket 62mph in 4.7 seconds from a dead start, with the top speed limited to 155mph. Not that it will interest too many buyers, Audi says the S4 can achieve 38mpg on a combined cycle and emit 170 grams of CO2 per kilometre.

The engine is paired with a ZF-sourced eight-speed automatic transmission, not dissimilar to that deployed in the RS7. Audi says it picked a torque-converter over a dual-clutch gearbox for the S4 because the pairing is more refined at low speeds.

Don't get your hopes up for a manual, though as, apparently, there are far too few buyers worldwide to justify the engineering expense. Also, an ever-expanding suite of electronic driver assists don’t sit well with a three-pedal drivetrain configuration. 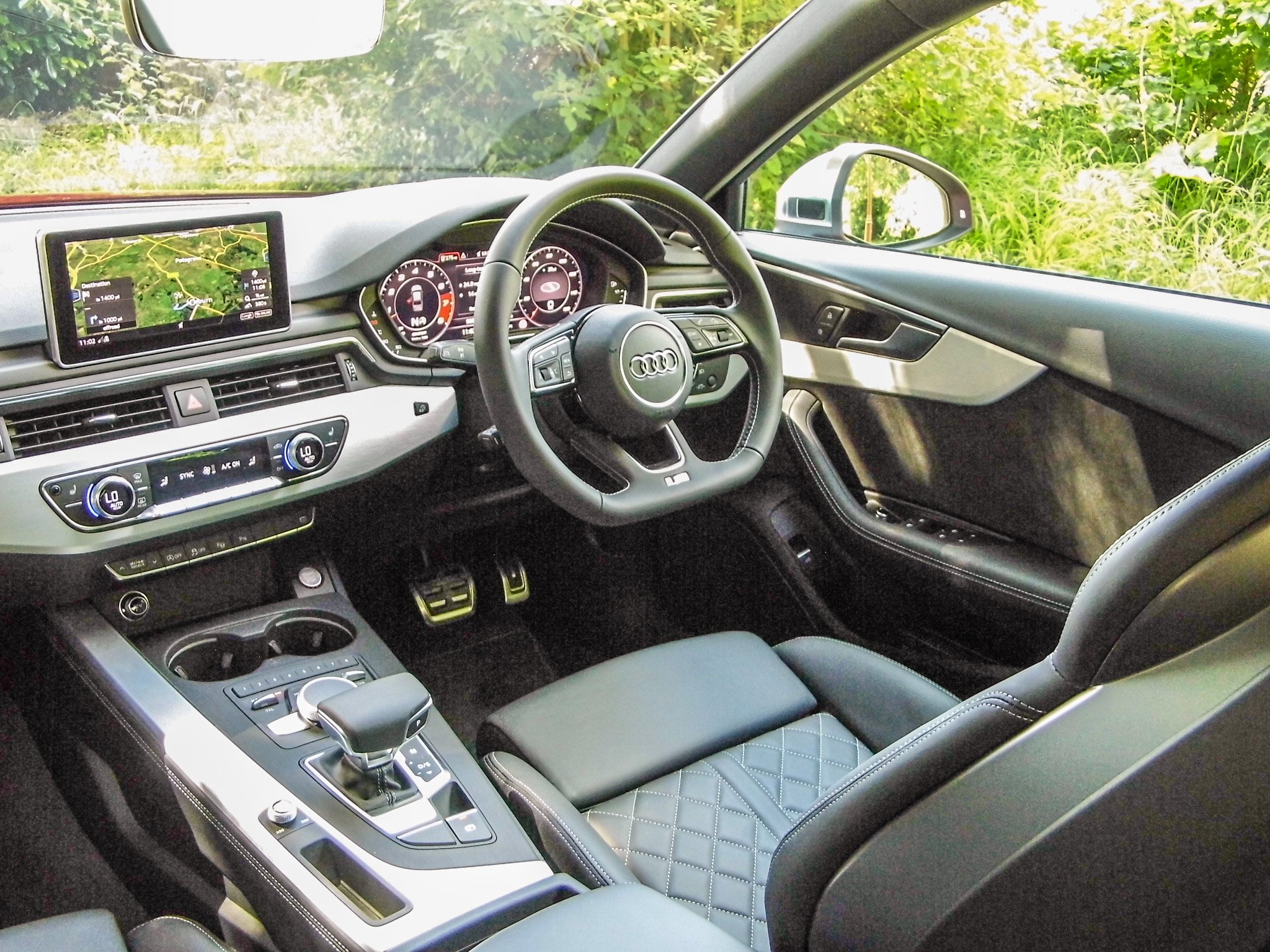 The S4 is terrific fun to drive and the new engine is an absolute belter, with all 500Nm of torque available from just 1,370rpm.

In Dynamic mode, the car muscles up with firmer suspension and noticeably more growl to the exhaust – but, rest assured there’s no fake piped engine noise here – it’s as genuine as the thrill. The steering also weights up, which takes a little getting used to after the lighter, friendlier setting in Comfort mode, but thankfully you can set up an Individual mode to dial the assistance back in while everything else is set up for go-fast.

Crucial to the driving enjoyment is the rear-biased quattro system. It may not match the purity of BMW's rear-wheel drive 440i, but you gain off-the-line and mid-corner grip that other German rivals could only dream of. 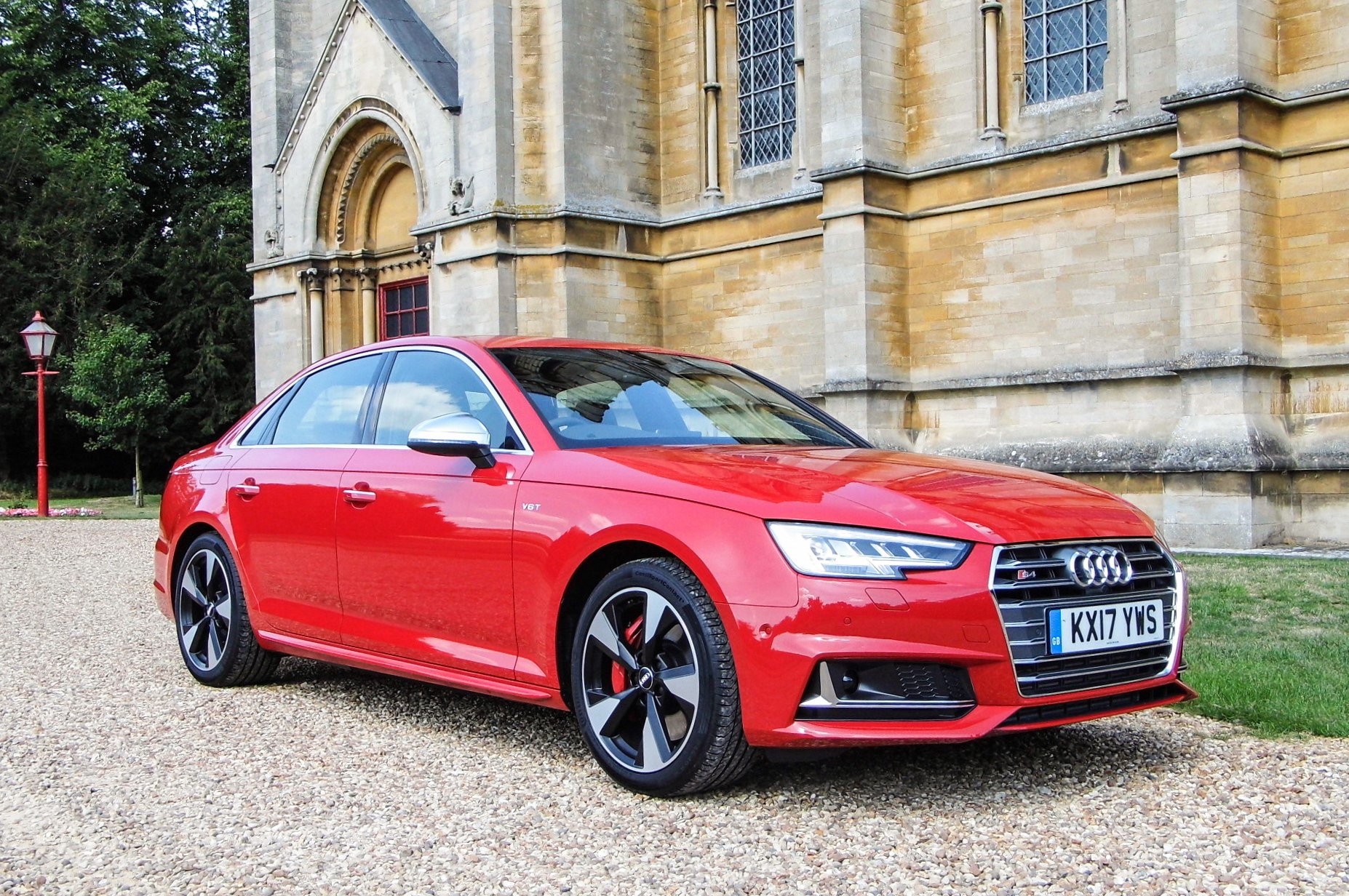 Brisk progress in the S4 is confidence inspiring, leaving you to concentrate more on your line and gear selection via the flappies and listening to the up close grunt from the engine and the occasional turbo whistle.

The S4 is superbly balanced and for most of the time defies its 1,700kg bulk. However, there is hesitance when changing direction through a challenging set of bends – as if the front rubber wants to scrub – but the quattro system makes a quick adjustment to stop it happening. Of course, you don't feel that's what's happening (Audi Sport is better than that), it’s just part and parcel of all-wheel drive. It takes a truly gifted set of gentlemen’s undercarriage to find understeer and for most, it simply won’t happen. 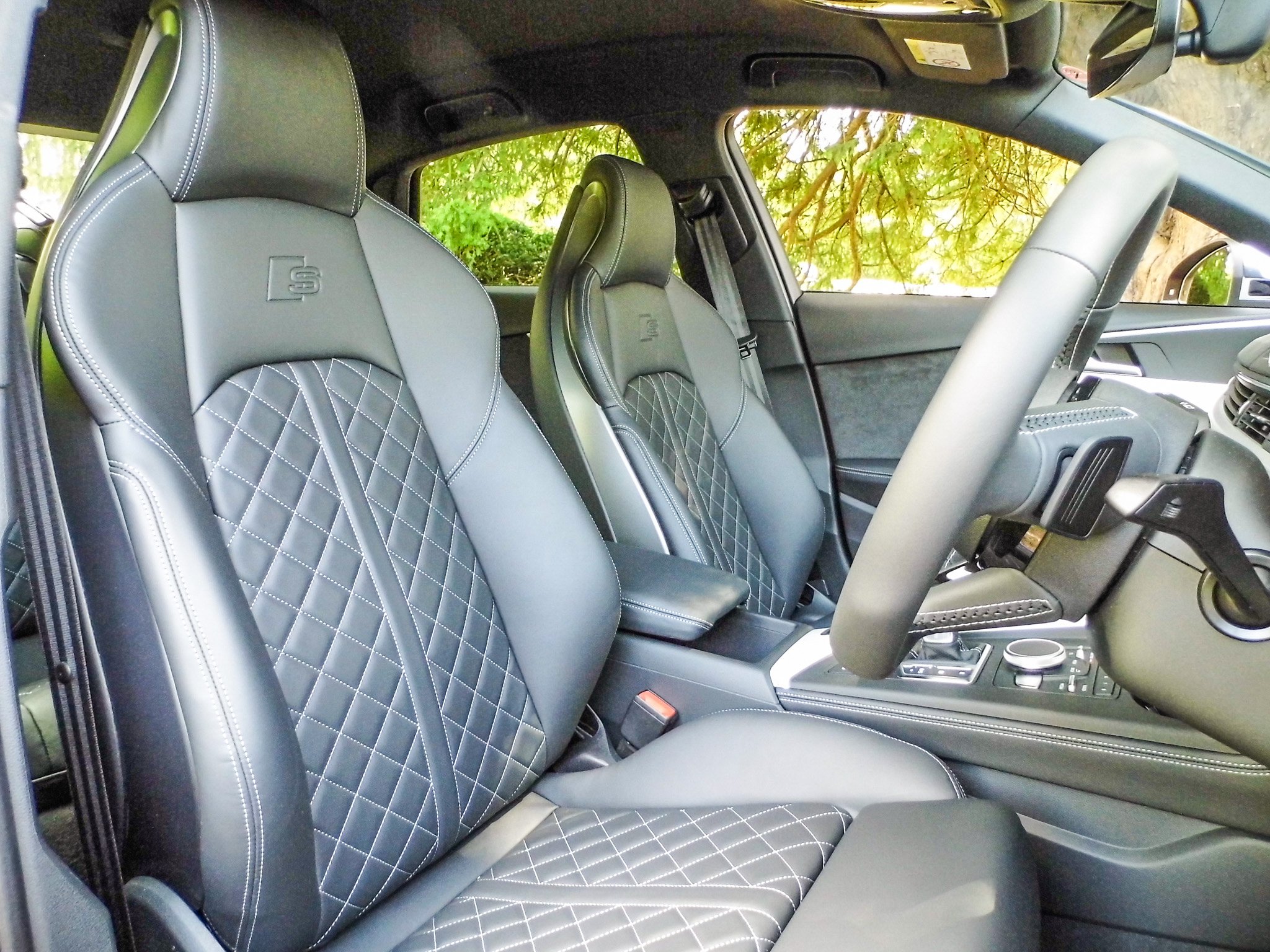 The new Audi S4 is not an exuberant machine, but a perfect example of ‘less enthusiast, more enthusiasm’. Most of your fellow motorists won’t notice what it is until they're eating your fumes while you whisk you and yours away in understated comfort and composure.

The new S4 is lighter, slightly faster and more technologically advanced than its predecessor, as it brings the raft of charms from its A4 sibling to the go-faster part of the executive saloon segment.

As a thriller less rude, expect this sleeper to rattle a few cages.

Take a look at our latest Audi S4 deals

We run the rule over Audi's awesome compact saloon