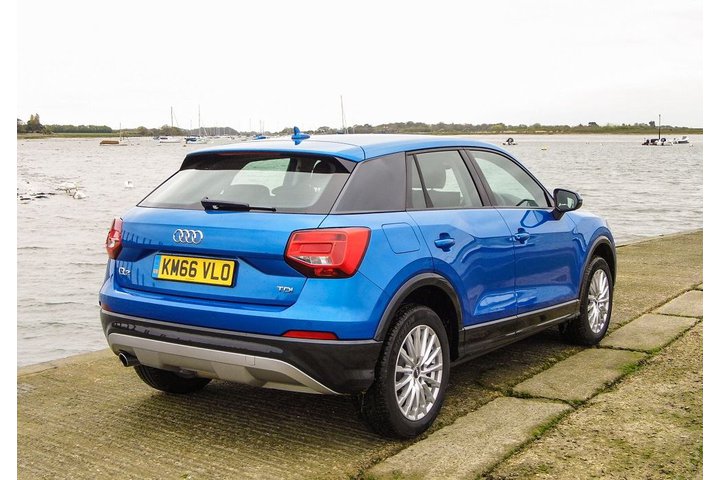 These days, car manufacturers are very good at designing and manufacturing cars for niche markets. So much so that, even if there isn’t a niche they go ahead and create it and market the car accordingly. Before we know it, it’s everything we ever wanted in a car.

Audi’s new Q2 compact SUV is just such an entity and this time, they may well be right if it wasn’t for one niggly naggly detail; but more on that later.

It’s difficult to think that a little over ten years ago and prior to the introduction of the first-generation Q7, Audi didn’t have a single SUV in its line-up. At that time there was just the A6 Allroad, which goes to show just how fast the market has changed and, more importantly, how quickly most car makers have changed with it.

The Audi Q2 rides upon yet another interpretation of the VW Group’s proven MQB platform, the same as that which underpins the Audi A3 hatchback and also shares its engines and gearboxes, ensuring it delivers good performance, light, agile handling and respectable fuel economy. It could be said that the Q2 is a better alternative to the larger but older Q3, thanks to its newer technology and more efficient engines. 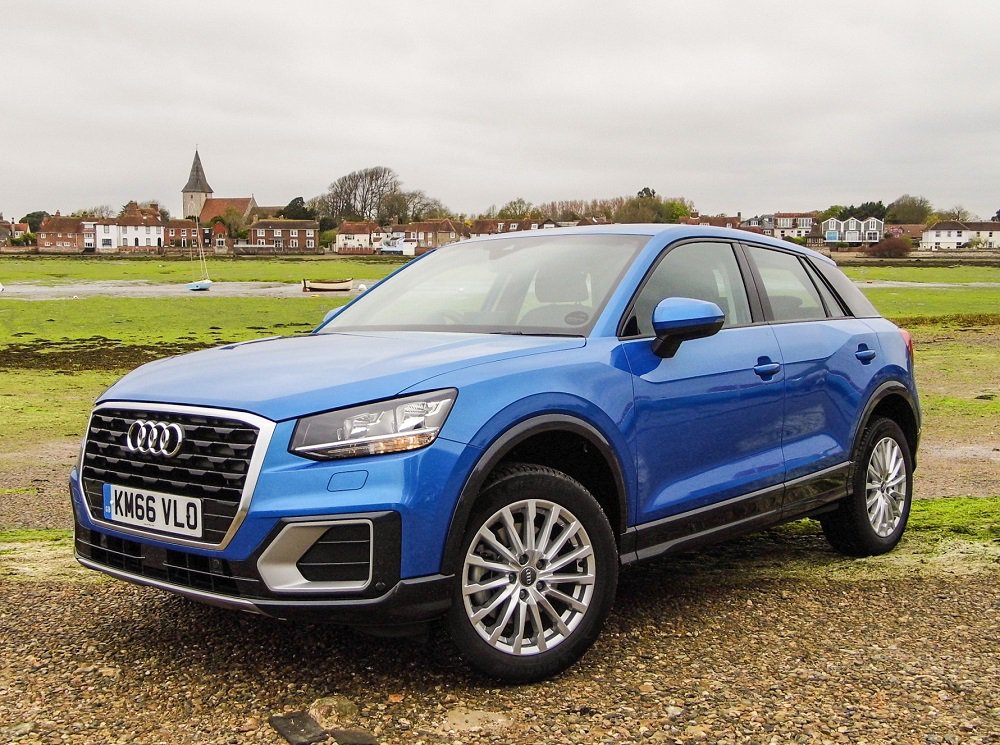 At its launch, Audi was at pains to point out that the new Q2 ‘has been deliberately designed to appeal to a younger demographic–in age or in heart’.

Evidently, as the Q2 has a fresh, customisable look and ramped-up personality which heralds the start of a new design language for Audi SUVs. Look at the massive new front grille and the shape of the headlights and it’s obvious how different the Q2 looks from its larger Q siblings. 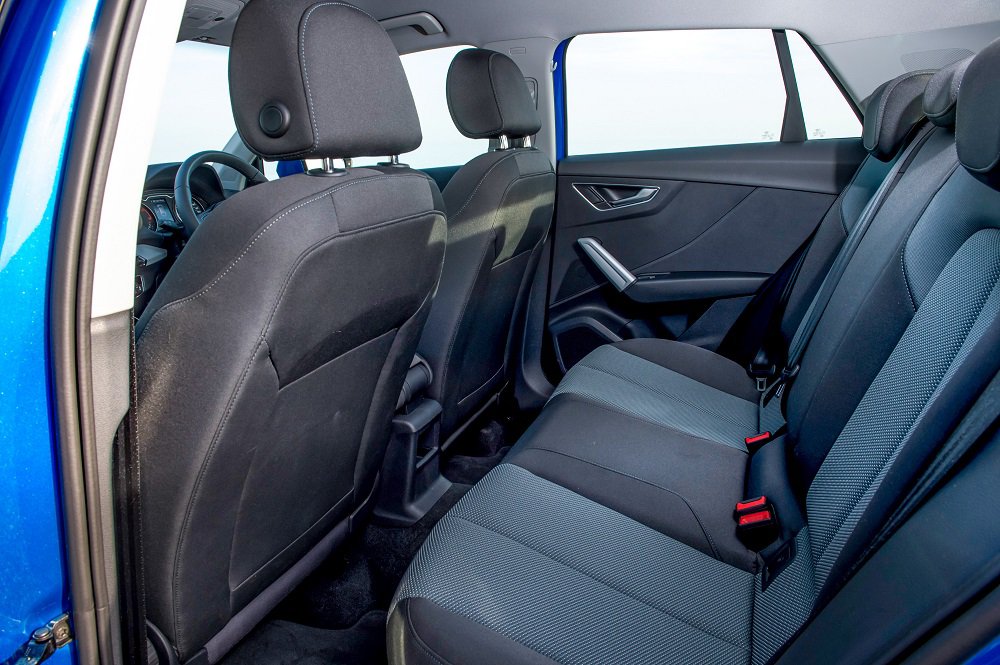 Inside, the Q2’s close association with the A3 hatch is all apparent, with the same wraparound dashboard design, air vents and HVAC control panel.

Up front, the Q2 offers the feeling of being in one of Audi’s larger cars, just cosier. The quality of the interior is first-rate with soft-touch plastics in critical touch zones. The seats are excellent, even in the entry-level two-wheel drive variant. They also do a good job of keeping you in place when pushing a little harder in the corners, not that buyers of the Q2 would use it as an apex-breacher. 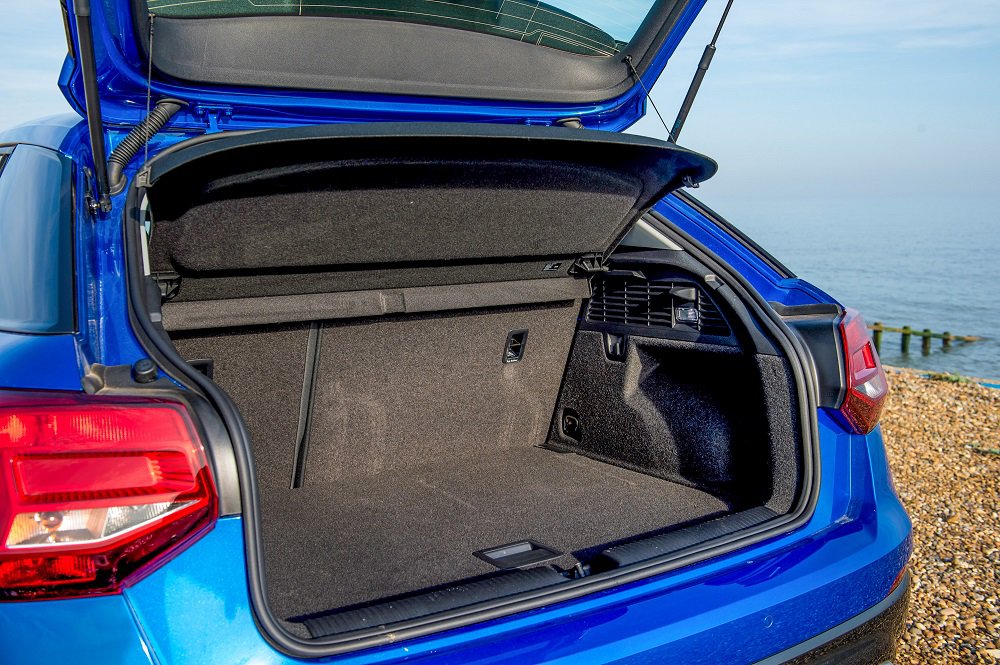 The infotainment screen is fixed in position high on the dashboard–admittedly at eye level, but some would say too high as to be visually obtrusive. There’s coloured trims across the dash that can be matched to exterior colours.

It's a viable transport choice for four adults thanks to decent rear head and leg space, plus it also ticks the box for those with young families as three children can go across the rear bench.

All-round visibility is reasonable although the rear window is fairly shallow. The boot hatch opens wide to reveal plenty of space. Its seats-up 405-litres rises to 1,050 litres with the rear seats folded and is bigger than an A3’s and only 15-litres off a Q3’s boot space. The boot floor can be raised slightly so the load surface is flat when the seats fold, and you can also opt for a 40/20/40 split for easy through loading of longer, narrower items.

Storage is reasonable inside too, with decent-sized door bins and glove box, plus handy storage for cups or phones in between the seats and there’s also a slot to rest the key in. 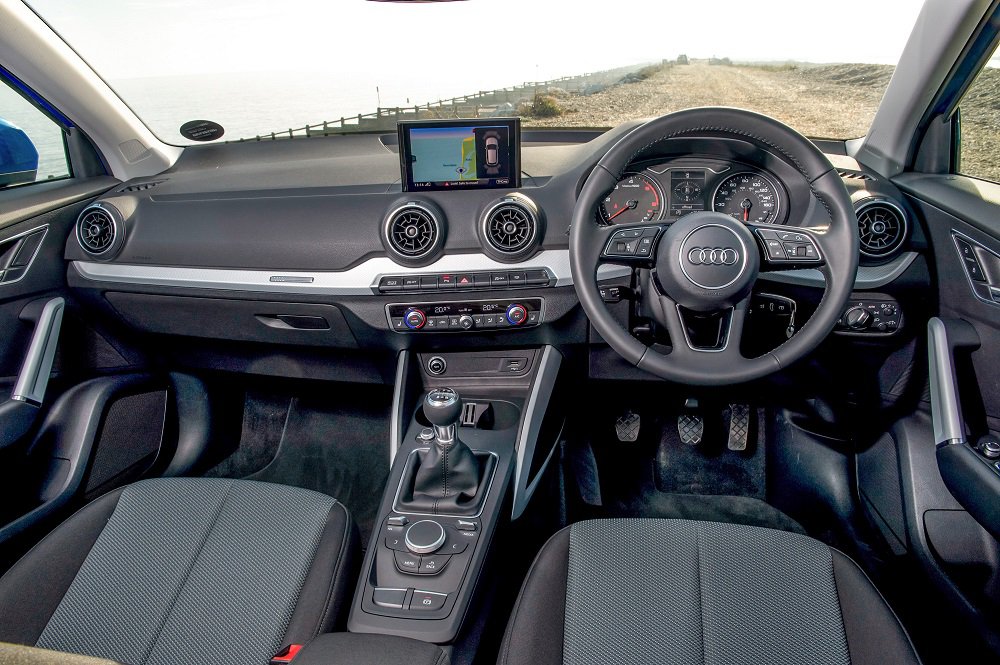 The Q2 incorporates the latest multimedia gadgets from the new A4 and there are three specification levels to choose from, with the entry-level SE versions benefitting from a suite of features available as standard. These include a smartphone interface, which supports Apple CarPlay and Android Auto, a seven-inch MMI screen and Bluetooth connectivity.

All Q2’s gets that dash-top screen, but on the entry-level SE as tested, you will have to visit the options list to fill it with interesting stuff like sat-nav (£600), which is standard on other trims. And if you really want to push the boat out, you can opt for Audi’s impressive 12.3-inch ‘virtual cockpit’–a TFT dash display that replaces conventional dials and gives you further options to personalise what you can see. It is part of Audi’s £1,600 ‘Technology Pack’ and optional on all but–you guessed it–this SE trim. 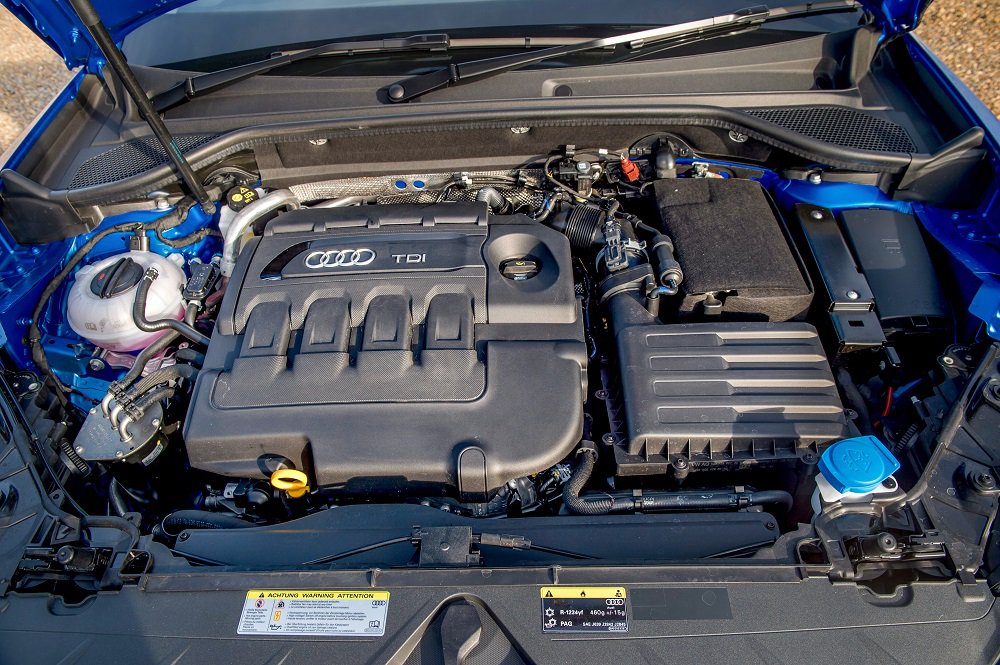 The 1.6 TDI diesel engine will be familiar to many Audi, VW and SEAT drivers, although in the case of the Q2, power has been raised from 108bhp to 114bhp. However, the Audi’s 250Nm of torque output isn't overly strong, it’s still punchy enough to overtake slow traffic. As is the character of diesels, the 1.6-litre unit is not especially quiet, but does have official fuel economy of more than 60mpg whether linked to the six-speed manual as tested, or the six-speed DSG automatic. 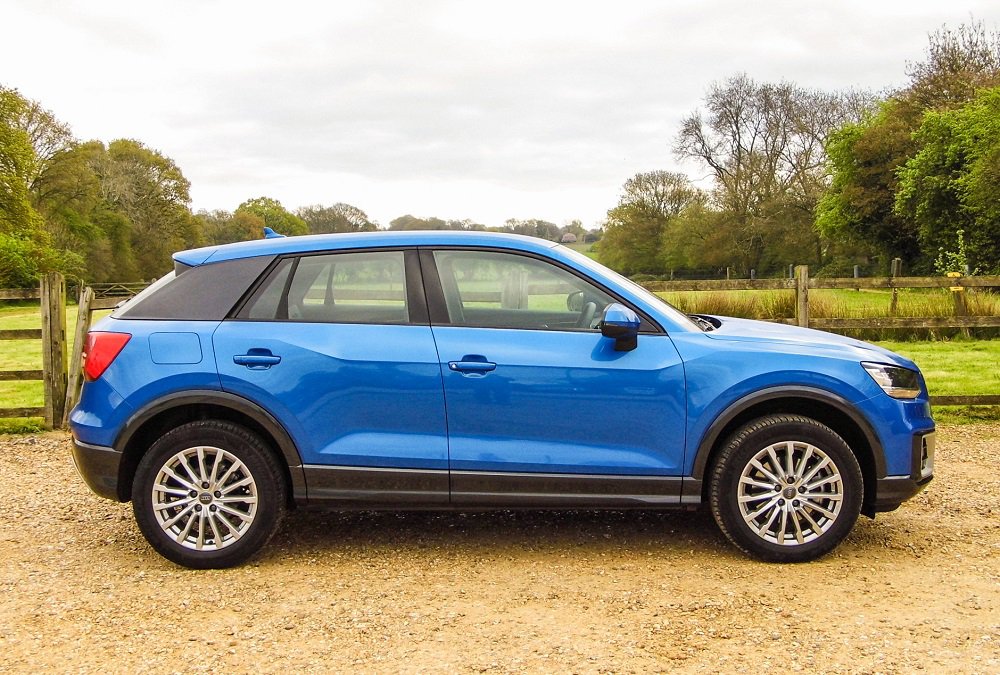 The Q2’s handling is neat, safe and predictable, but sadly this Audi can’t really be described as fun to drive. Sure, it’s relaxing and comfortable enough, making it a great car for long distance–and it’s stable and calm at motorway cruising speeds.

On the whole, ride quality is good but perhaps on the stiff side of comfortable…and most of the time that’s fine. On undulating surfaces and through the twisty bits, the firm setup makes for good body control, but the car will thump over cat’s eyes and potholes and it can feel unsettled on crusty or badly-surfaced roads.

If you happen to reside in a rural area and you need some all-weather capability then the quattro is probably a good choice, but it is only available with the top 2.0 TDI engine. That said, it should improve safety in slush and snow, even though the Q2 isn’t meant for proper off-road driving. 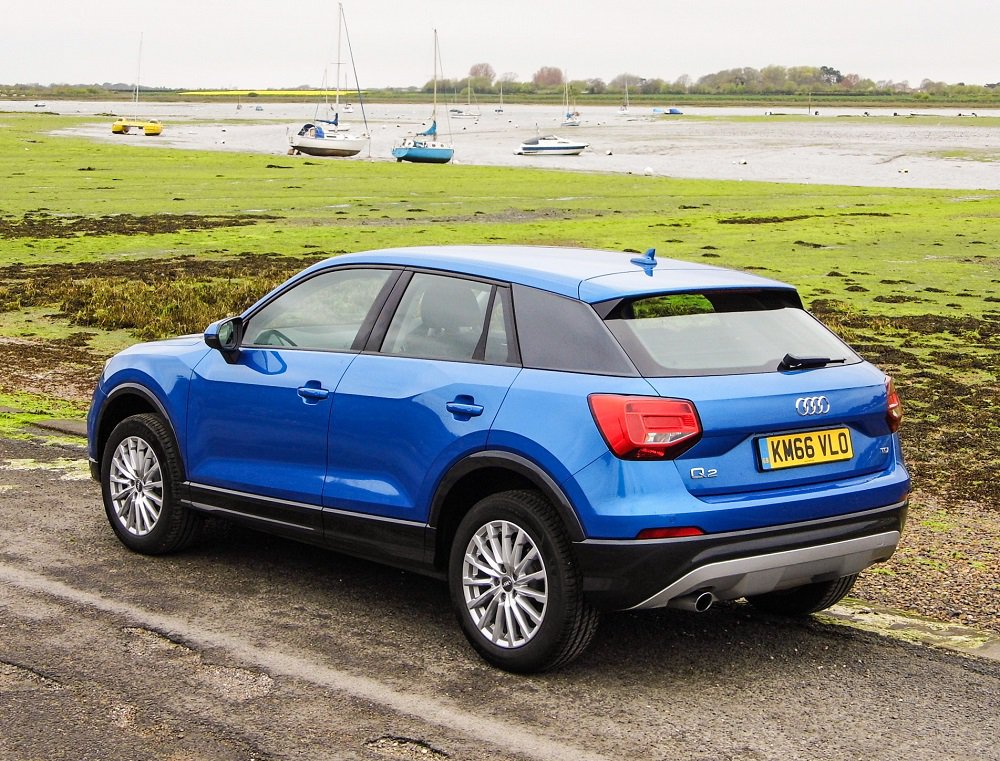 Safety is good thanks to autonomous emergency braking, which comes as standard. It is capable of detecting vehicles and pedestrians and will apply the brakes automatically to reduce the severity of a collision, or prevent it entirely. The fact it’s fitted as standard helps towards a five-star Euro NCAP rating. It has all the usual airbags in all the right places, too. 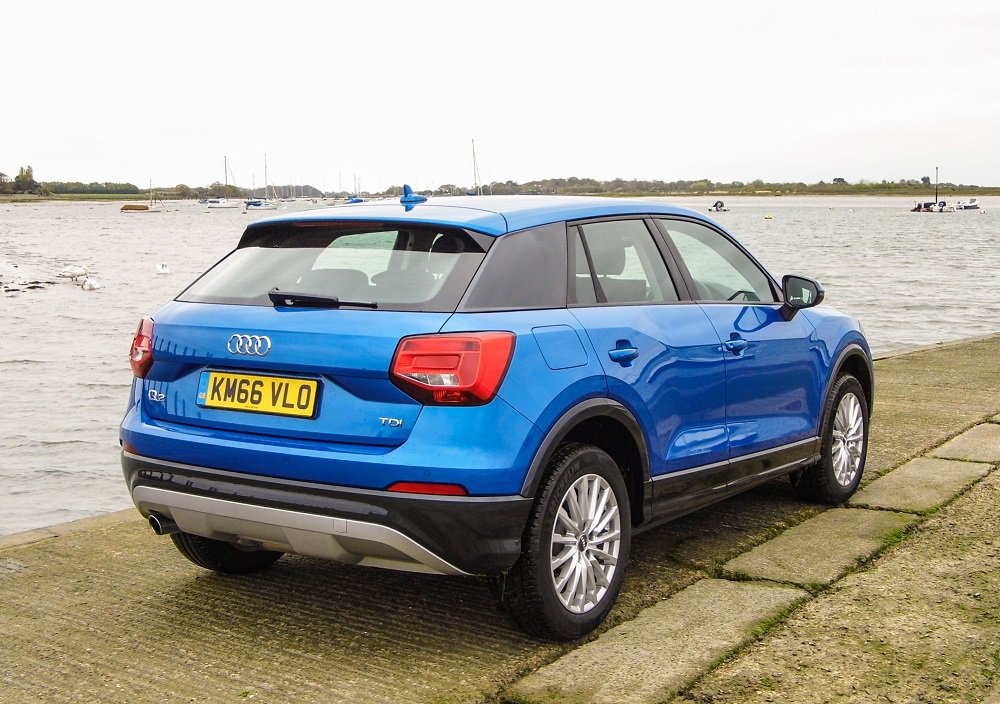 Compact SUVs have been a thing for a while now and, to be honest, Audi’s Q2 is a tad late to the party. The Q2 will have to elbow its way into a segment occupied by a whole crowd of less expensive French, Japanese, Czech and Korean offerings if it is to make appreciative sales headway.

That said, the new Audi Q2 is a neat, compact SUV that will make plenty of sense to those seeking the four-ringed badge and extra ride height over the A3 hatch, but in a compact package. Despite its size, the Q2 doesn't compromise on Audi’s core values of a quality interior and excellent driving characteristics, technology and safety features.

Those four rings will assist its sales progress, of course, but likely only so far. The Q2’s Achilles' heel is its price. Starting from £21,360, it is likely to make many sit up and take notice–for the wrong reason...which is a shame because, despite it evidently being built to a budget, it is worthy of attention in this very crowded segment.

Take a look at our latest Audi Q2 deals here