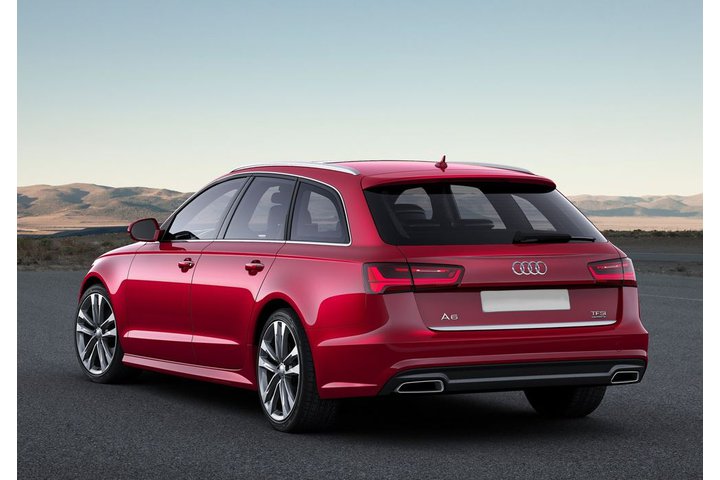 Audi A6 Avant: Refinement in a class of its own

It’s hard to imagine that the Audi A6 is only its fourth-generation as it seems like it’s been around for ever. Introduced in 1994 as a successor to the Audi 100 (which itself first saw the light of day back in 1968), the A6 is manufactured in Neckarsulm, Germany and is, of course, available in saloon and estate configurations, the latter marketed by Audi as the Avant, the subject of this week’s review as we continue ‘Estate October’ here at Leasing Options.

The Audi A6 Avant is designed to offer all that’s great about Audi’s large executive saloon, but in a more spacious and practical estate package. That means class-leading refinement, a very high quality cabin, strong engines and brilliant infotainment, but with a larger boot to go with it. 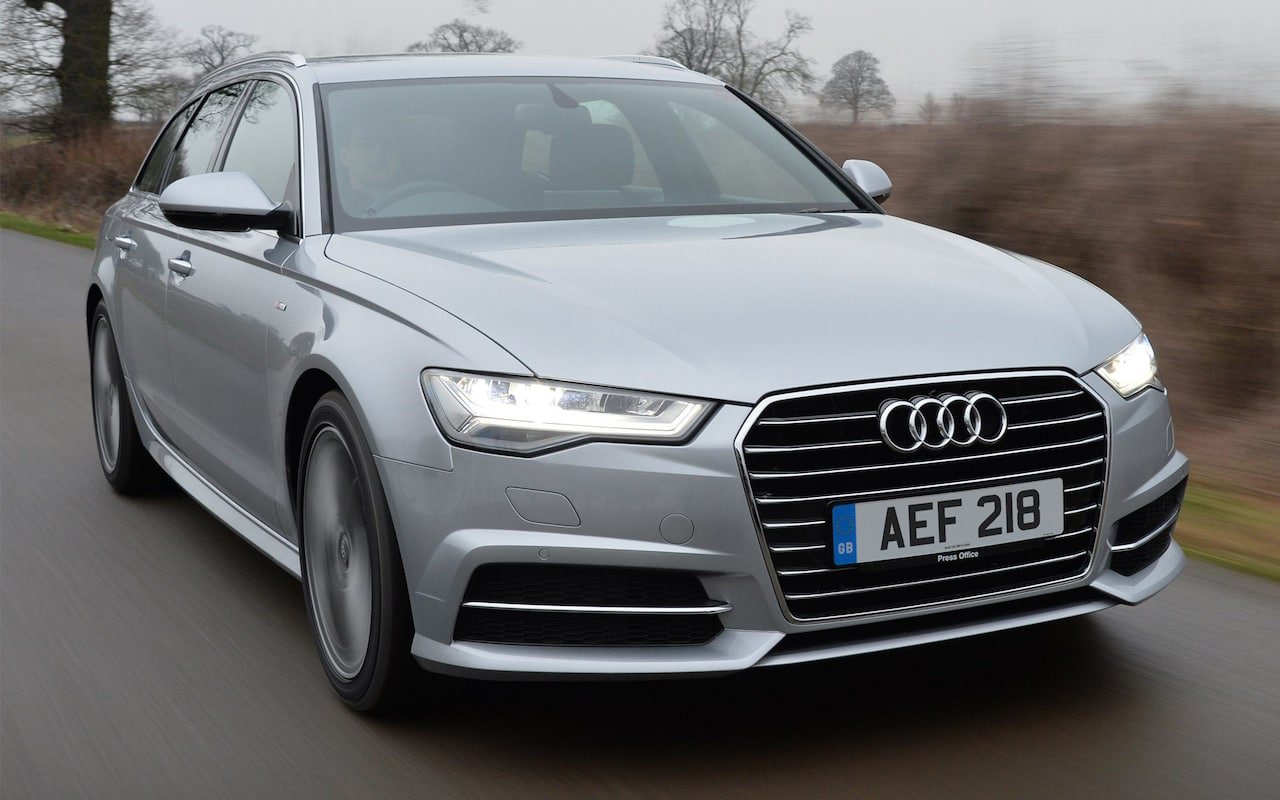 The A6 Avant trades punches with strong class rivals like the BMW 5 Series Touring and the Mercedes-Benz E-Class Estate. The BMW remains the best of the three to drive while the Merc can’t be beaten for its cavernous space behind the second row of seats. However, the A6 is arguably the most refined of the three and its cabin is both the best to look at and to interact with in terms of quality.

True to form – no other automotive brand does subtle like Audi does subtle. All-new in 2011, the current fourth-generation A6 Avant was last facelifted for its 2015 model year, but you’d need to be hawk-eyed to notice the differences. There’s a tweaked grille and more angular nostrils on ever-so-slightly re-profiled bumpers, along with rejigged sills and different tailpipes.

The headlights didn’t escape Audi’s designers with either bi-Xenon or LED lamps now standard depending on which trim you go for and the latter look pretty mean, giving the A6 a frowny-browed expression. The biggest plus is probably the 2.0-litre TDI engine, which is smoother and greener than before. 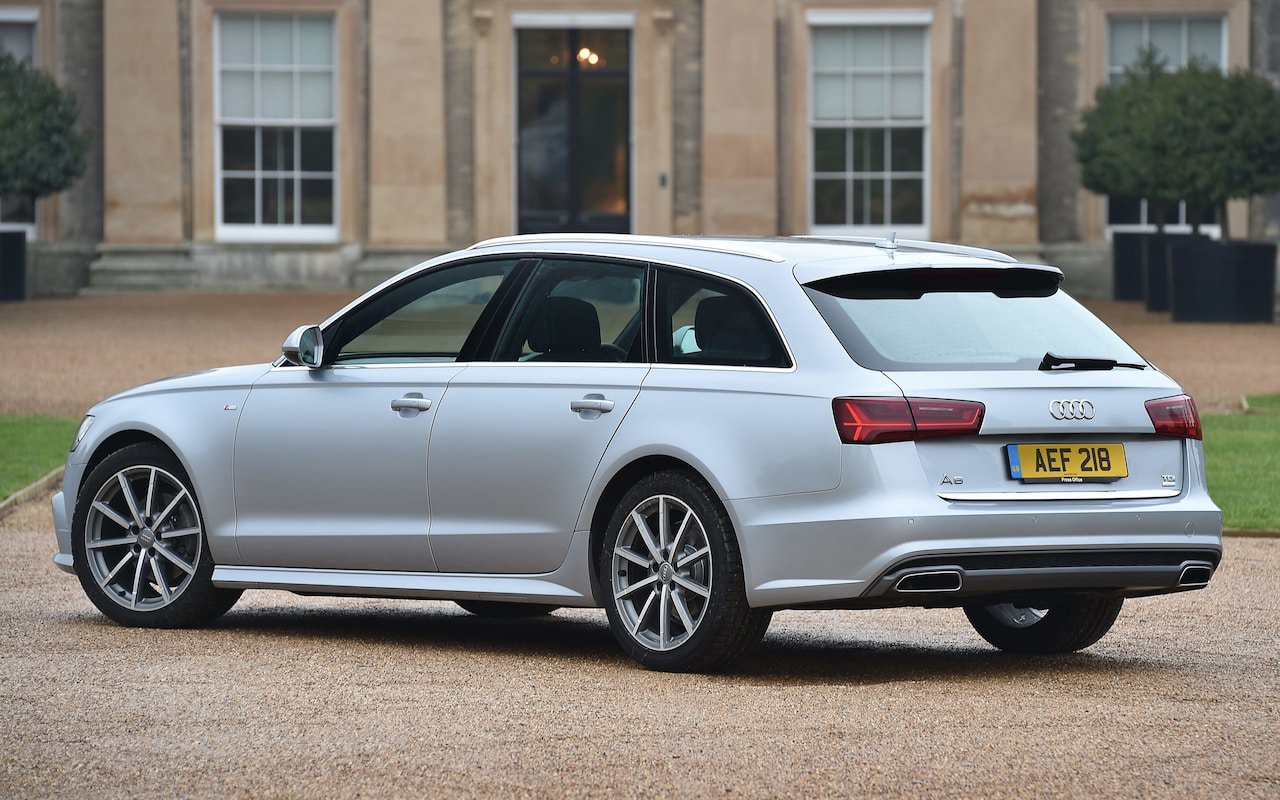 Audi’s enviable ‘Lord of the Germanic Interiors’ reputation continues with the A6 which offers up a classy, comfortable and exacting finish to every part of the cabin. The materials, build quality and attention to detail are faultless throughout and the overall ambience isn’t too far removed from Audi’s pricier A8 luxobarge. 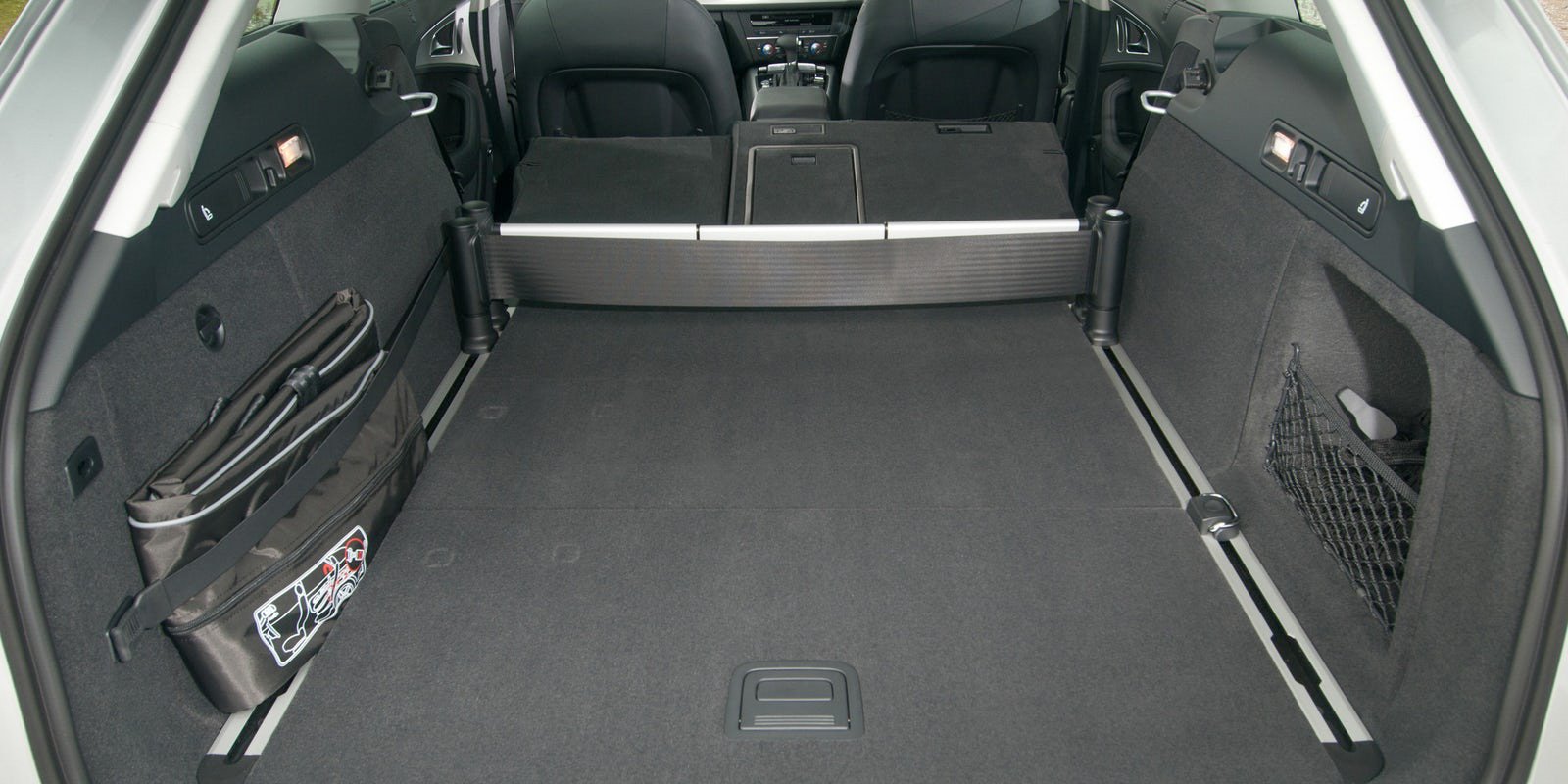 In the back there is plenty of space with headroom to spare and an overall feeling of airiness. The boot, at 565 litres / 1,680 litres, is fractionally larger than the already massive 5-Series Touring, too, but both lag some way behind the gargantuan E-Class estate, from which come irregular reports of missing walkers and the spotting of extraneous wildlife. 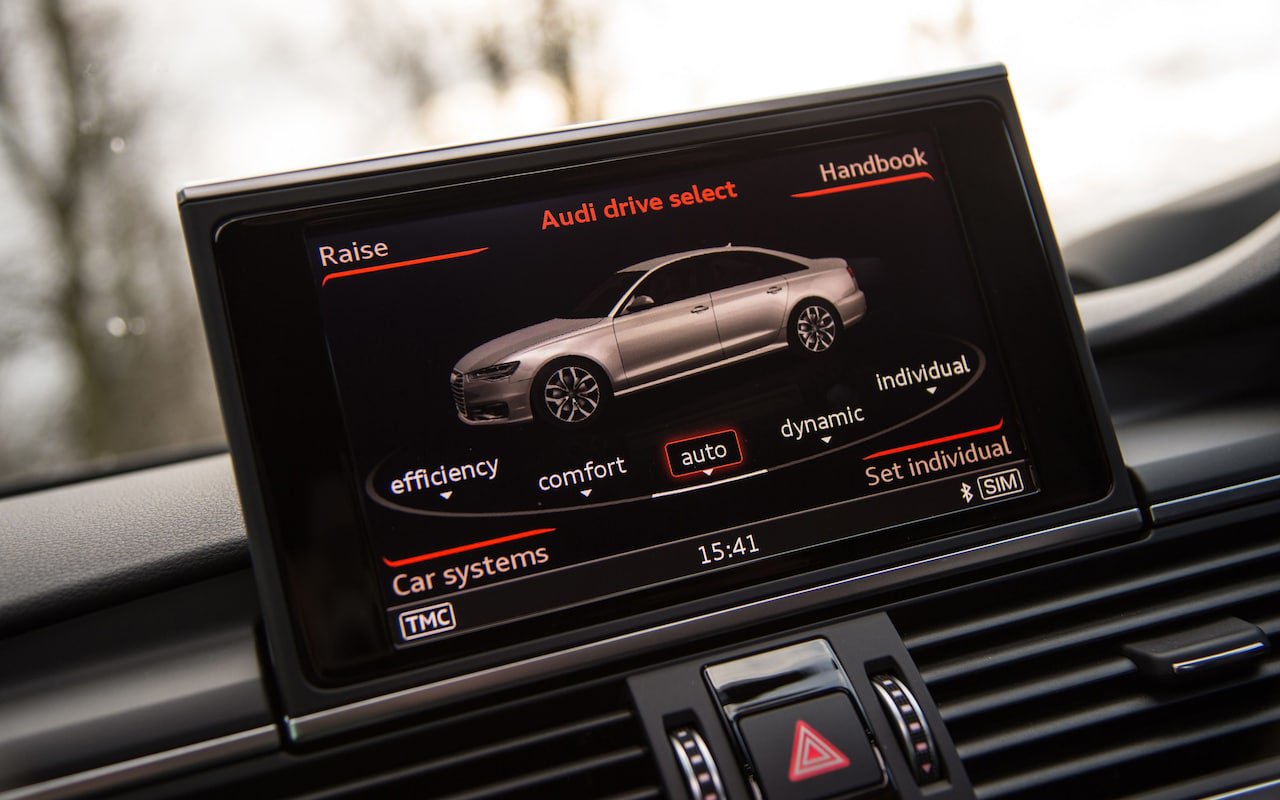 The S line version as tested ups the alloys to 18-inch, heated leather sports seats which are electrically adjustable, LED headlamps, a sprinkling of S line badging and a selection of cosmetic tweaks to make it look more purposeful (which works very well). 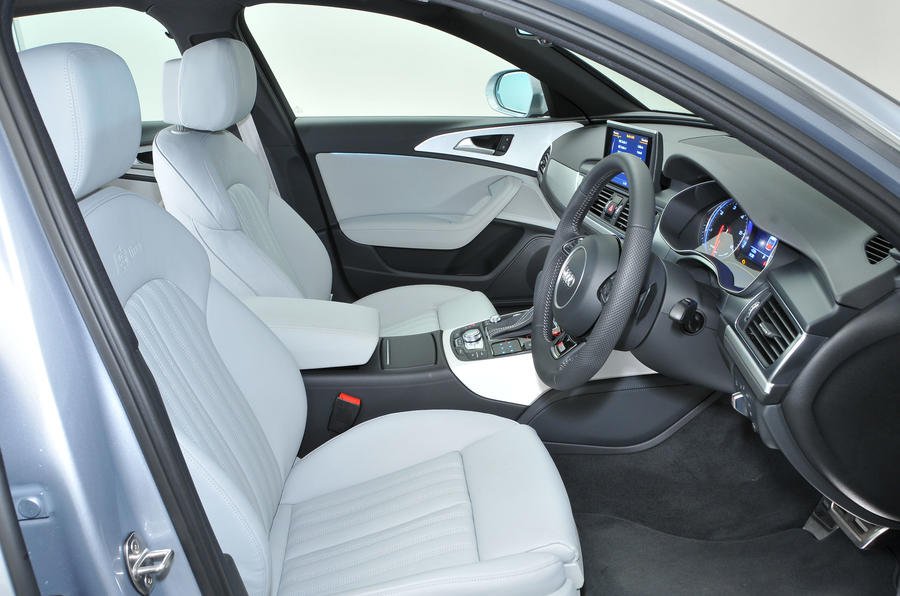 Atop the trim grade tree is the Black Edition, which brings an upgraded BOSE sound system, black 20-inch alloys, tinted rear windows, and a selection of blacked-out body parts.

Generally, the A6 Avant is equipped on a par with most of its rivals, which is good news when you consider it costs less. 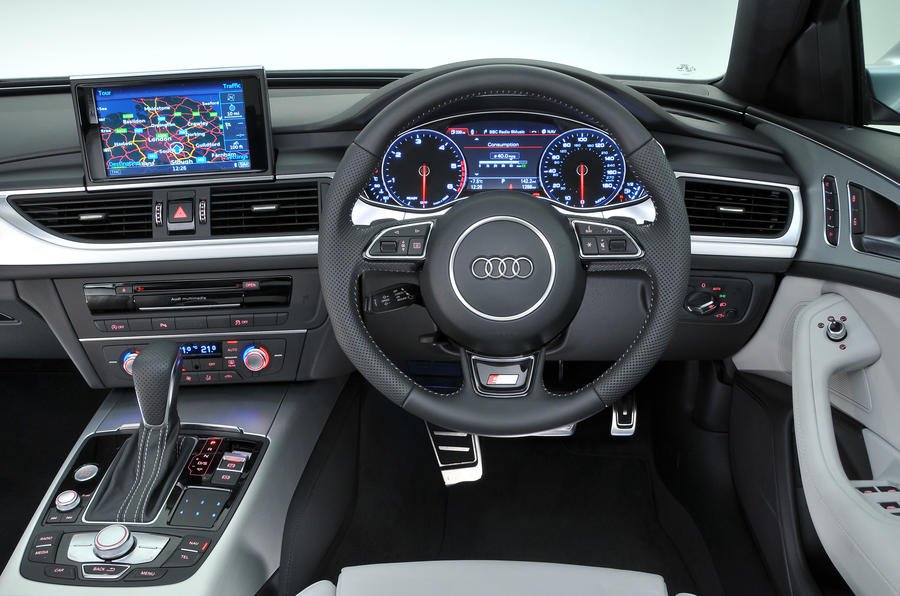 Audi UK lines up a great range of engines for the local A6 Avant, covering almost every option you could want from a large, load-lugging executive car. Nineteen engine and transmission combinations are available, formed from just two petrol TFSI engines (1.8-litre and 2.0-litre) and two TDI diesel units (2.0-litre and 3.0-litre V6).

The entry level 175hp 2.0-litre TDI diesel will fit most people’s needs perfectly. It will happily cruise with traffic on the motorway while returning 57.6mpg and comes with plenty of kit as standard.

Further up the engine range are two choices of 3.0-litre V6 TDI, producing 201hp and 242 respectively. The torquey V6 diesels are more refined and offer notably more performance than the 2.0-litre. 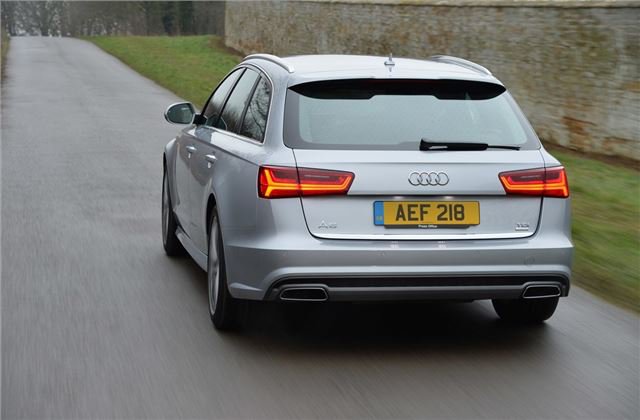 Less popular is the 296hp 3.0-litre TFSI petrol V6. It will get from 0-60mph in 5.5 seconds but needs working harder than the diesels, thanks to less torque. The flagship 309bhp 3.0-litre bi-turbo V6 TDI combines comfortable real world pace with astonishing performance when called upon.

If none of those are quick enough for you, then look at the RS6 Avant. A sub-four second 0-60mph time should do the job, assuming of course you can afford to put fuel in the thing.

Drivetrains comprise of a six-speed manual gearbox, a seven-speed S tronic auto and an eight-speed tiptronic auto. Power is sent to the front wheels, except on the quattro which, of course, is all-wheel-drive.

The A6 Avant is noticeably composed when cornering, with very little body roll. The ride quality is rather good on the standard 17-inch wheels, still impressive on the 18-inch wheels, but do stay away from the 20-inch wheels because they unsettle the ride, which is a compromise too far.

The A6 Avant has reduced the gap to the 5-Series but it’s the BMW that retains its crown as the ultimate driver’s car in this sector. However, the Audi is more enjoyable than a Mercedes E-Class or a Volvo V90 when driving through the twisty stuff. Use the Drive Select system to tweak the throttle, gearbox and suspension to suit your needs and vary the level of damping in the suspension with 'sport', 'comfort' and 'intermediate' modes. However, it doesn't quite have what it takes to provide the level of driving enjoyment offered by a 5-Series Tourer. 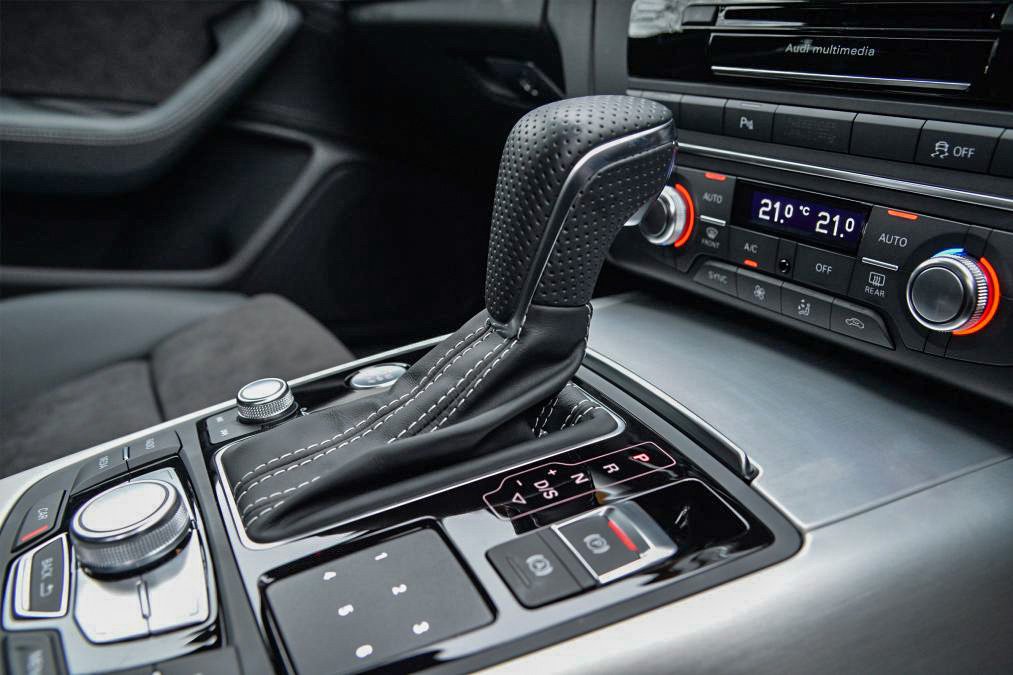 Standard on the S line trim as tested is stiffer sports suspension which lowers the car by 20mm. The car was set up quite well and the chassis feels excellent with the 18-inch alloys fitted, but did exhibit a ride erring towards firm. Surprisingly though, the vague and detached steering lets the whole driving experience down somewhat, even when tinkering with the Drive Select to find a setting which best suits. Overall, the driving experience is not as engaging as the BMW – which is a real shame as a car of this premium quality deserves better. 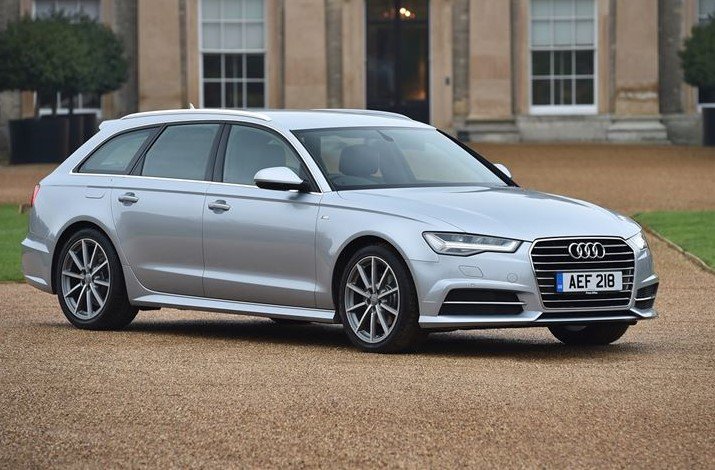 Audi's desire to lead the executive saloon and estate sector takes another step closer with the A6 Avant. In recent years, premium load-luggers have been overtaken by SUVs as the expensive car of choice for many but the A6 drips class, yet is capable of hauling your dearly beloveds and their belongings with consummate ease. Balancing elegance with a handsome look-at-me exterior design, Audi's big estate hides its substantial girth well.