The Stelvio is the first SUV in Alfa Romeo’s 100-year history and is based on the same ‘Giorgio’ platform and technology as the well-received Giulia saloon. Its purpose is to bring both style and a sporty driving experience to the mid-size premium SUV segment and in doing so, dead-stares rivals such as the Audi Q5 and BMW’s X3/X4 pairing.

The car’s name is taken from the 57-mile Stelvio Pass, the highest alpine road in Italy and famed for its 48 uncompromising hairpin bends which challenges and rewards keen drivers. 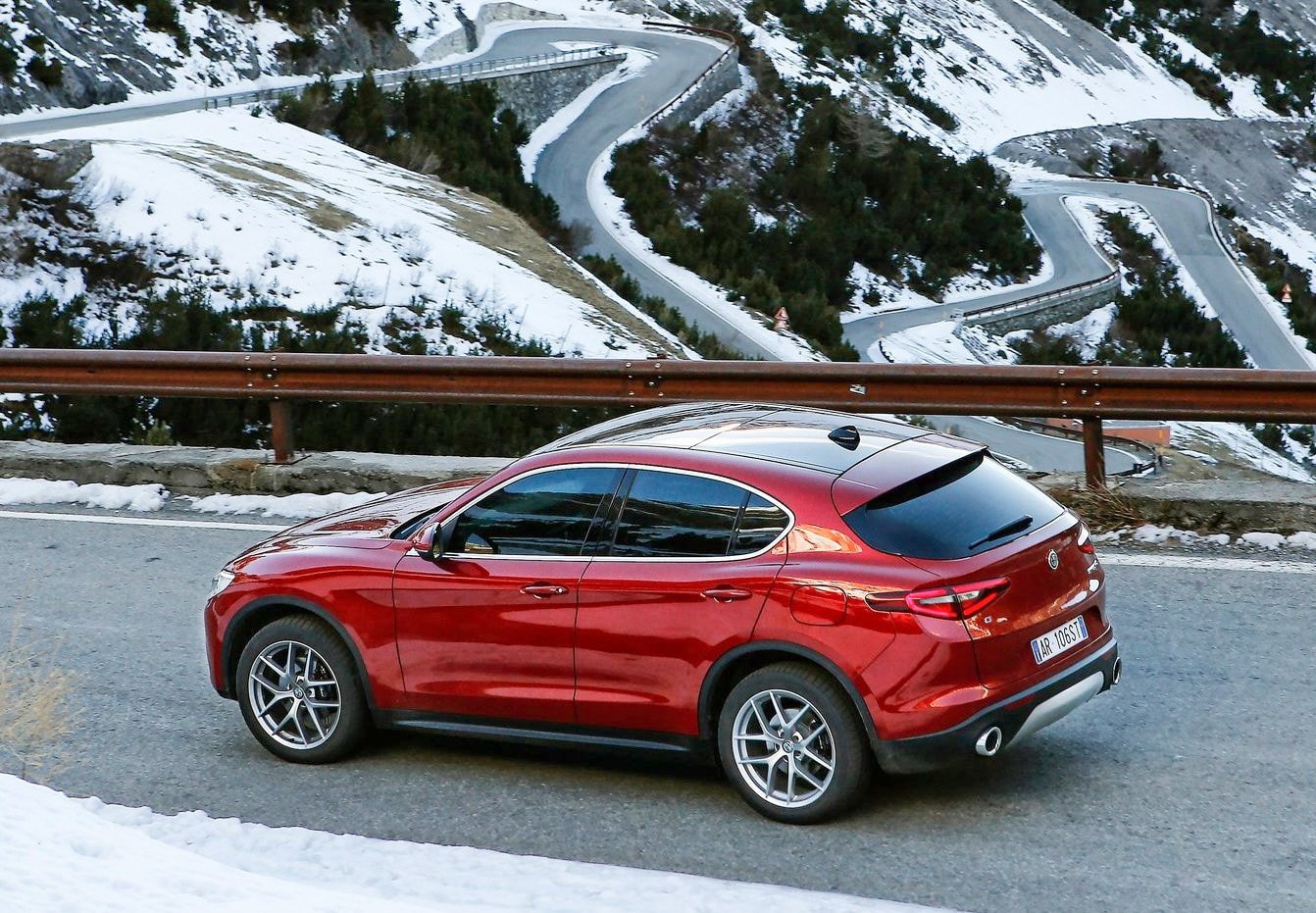 Design-wise, Alfa’s pencil bearers have been doing what they do best and the result is a car that wears its distinctive styling well and is certainly up where the aesthetic cream floats along with the Jaguar F-Pace and the Porsche Macan. The cabin design is driver-centric with the main controls grouped together on the smallish steering wheel. The Stelvio shares a lot with the Alfa Romeo Giulia which is a good thing and a big step forward for Alfa Romeo after the poor hatchback attempts of recent years. Interior build feels sturdy and material quality is good, if not entirely premium, with flourishes like real, open-grain wood inlays. The driver’s seat is not overly comfortable but a reasonable driving position can be found. 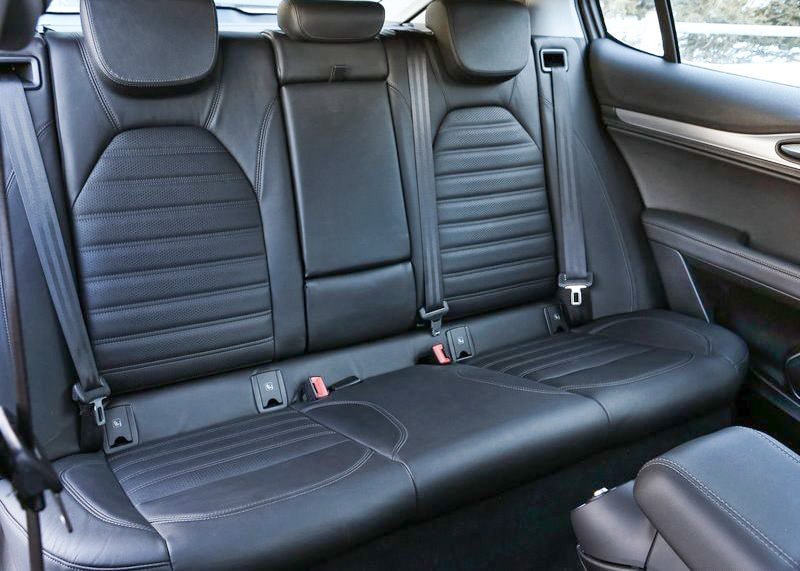 In true Alfa Romeo fashion, the instrument dials are deeply recessed and the manual ventilation controls are wisely kept separate. Space is ample with a good level of rear head and legroom plus a sizeable, wide, flat boot with a capacity of 525 litres – plenty for pushchairs, shopping, suitcases, Fenton or anything else you’d expect to fit in a family car.

Rear seat uprights can be released from the tailgate end, but when you pull on the levers provided, they don't fully move forward and you have to help them down. Once done though, everything folds conveniently flat into the floor. 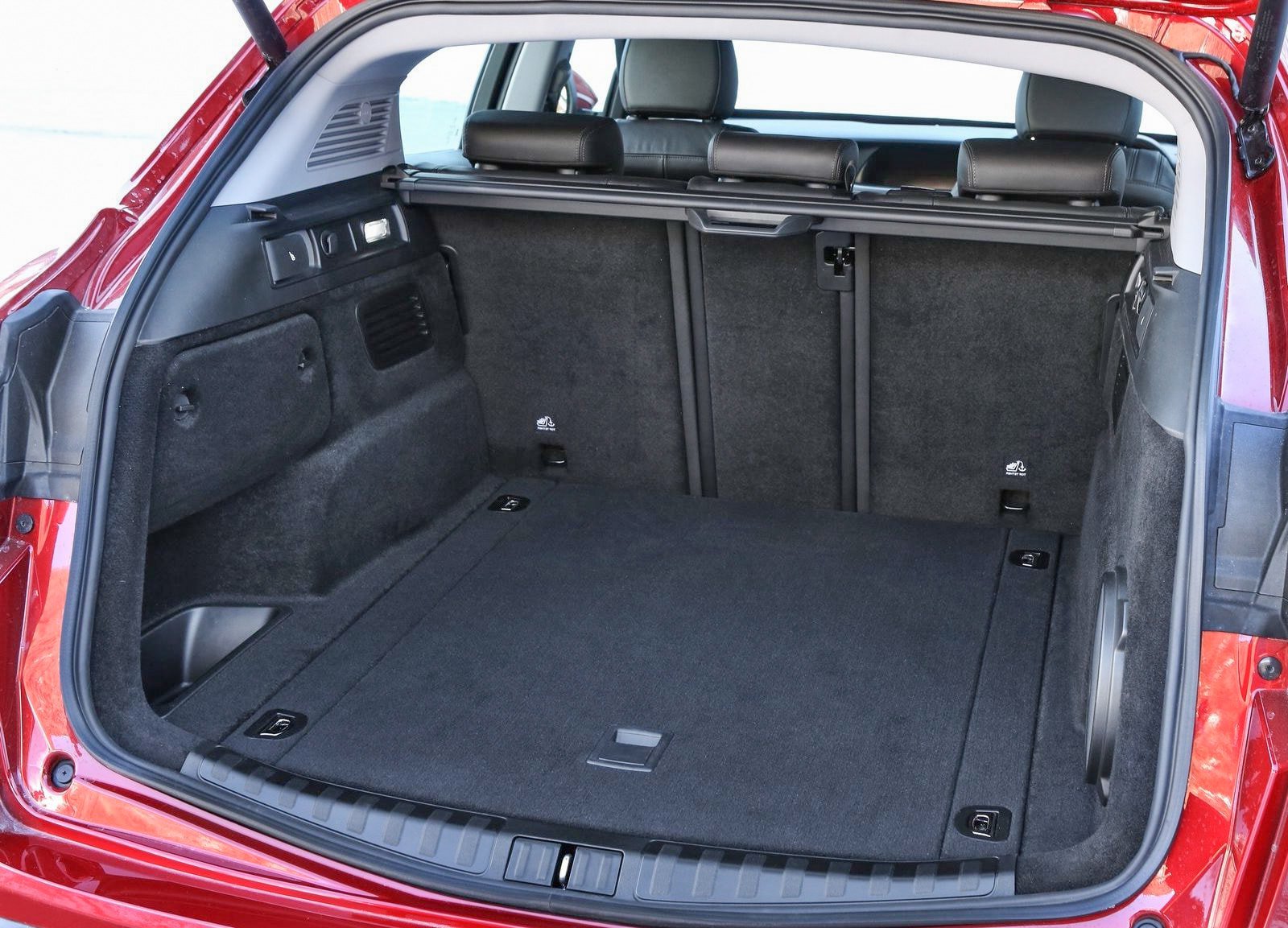 Within an eleven-model Stelvio line-up, there are three main trim grades available – Stelvio, Super and Speciale – plus a limited production Milano Edizione. The majority of Stelvio models deploy Alfa’s Q4 all-wheel drive system, although you can have it with just rear-wheel drive.

Initially, there are just two four-cylinder engines available – a 2.2-litre diesel and a 2.0-litre petrol, both in variable states of tune. The two pack plenty of punch and all Stelvio models are paired with a ZF eight-speed automatic transmission and deploy Alfa’s Q4 AWD system, with the exception of the 180bhp diesel, which is rear-wheel drive only on the entry-level Stelvio trim grade.

The 2.0-litre petrol engine is available in two states of tune. The more powerful of the two – a 280bhp unit – is a turbo-charged engine that produces 400Nm of torque, or pulling power. Performance figures for this powerplant are 0-62mph in 5.7sec and 143mph flat out. A brief spell in the other petrol engine – a 200bhp unit – was much less interesting. Both are technically identical, but torque drops to 330Nm and as a result you can expect a slower 0-62mph time of 7.2 seconds and a 133mph top speed. 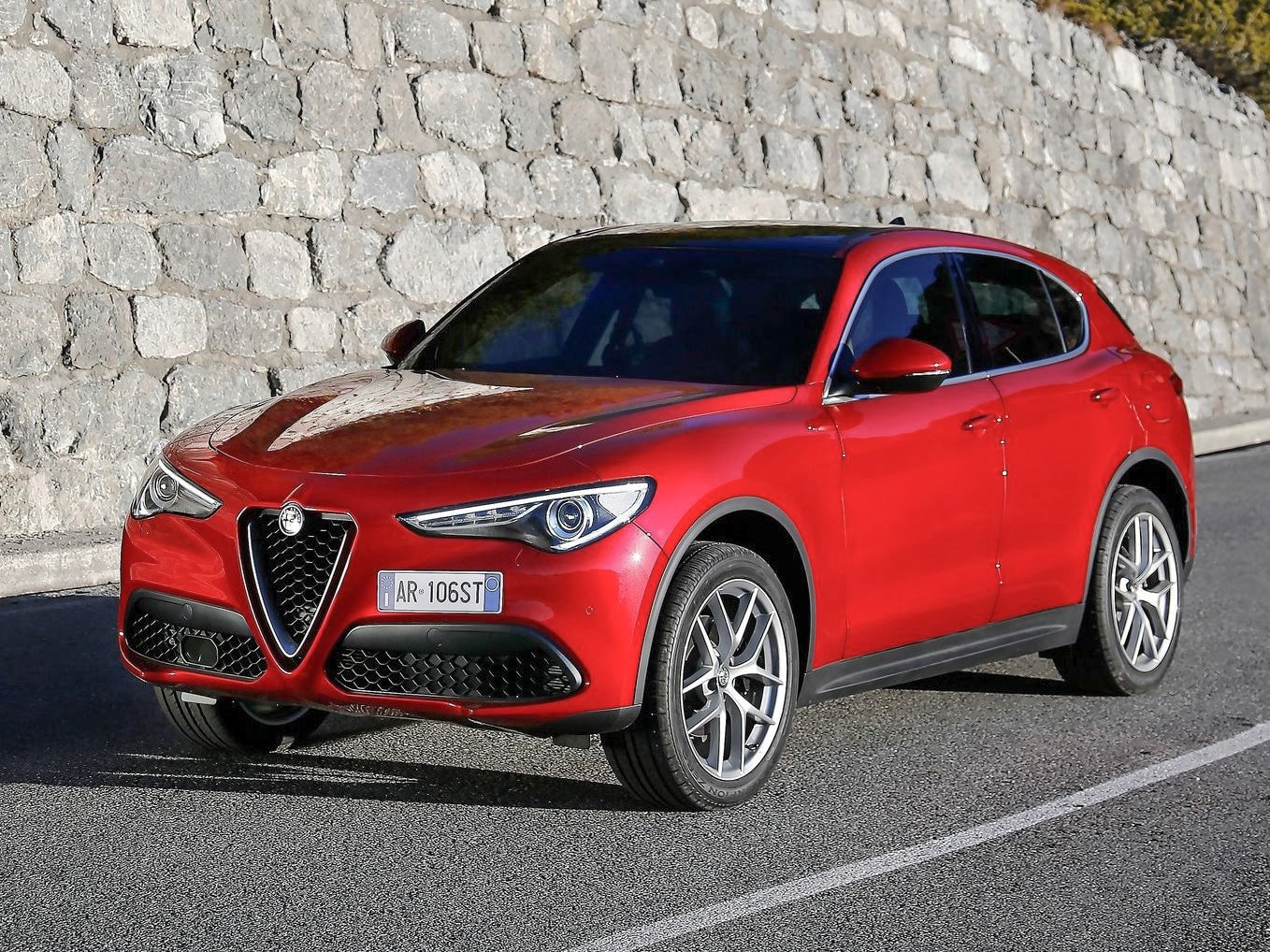 The 2.2-litre diesel is also available in two states of tune – 180bhp and 210bhp. The latter produces 470Nm and achieves 0-62mph in 6.6sec and a 133mph top speed. The lower-powered 180bhp diesel option is available with rear-wheel drive only, which offers the lowest-possible running costs, or all-wheel drive as with the rest of the line-up. It generates 450Nm at 1,750rpm, so only slightly less than the high-powered version.

I’ve driven this lesser-powered motor, which covers 0-62mph in 7.6 seconds with a top speed of 130mph. If I had to have a diesel, this is the one I'd pick. It may offer slightly less power than the 210bhp unit, but it still has more than enough torque to accelerate rapidly and will overtake on the motorway with ease. As with the other diesel, it's a little noisy when pushed hard, but this is far more noticeable outside the car than it is inside. 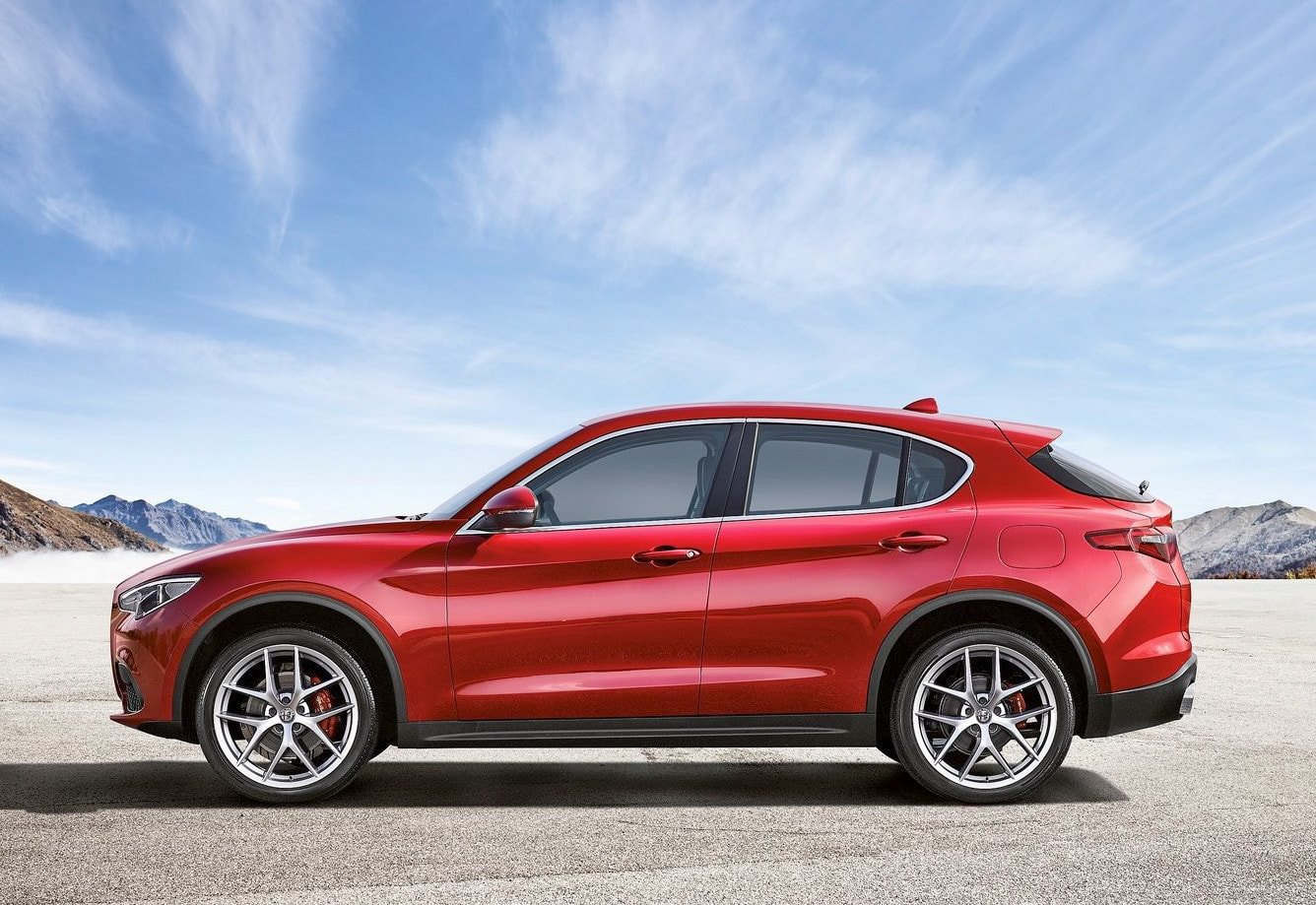 The eight-speed ZF automatic gearbox provides snappy manual changes but also works well when left to its own devices. CO2 emissions are competitive, making the Stelvio worth considering for company car buyers.

Both the gearbox and the engine response can be fine-tuned by adjusting the rotary ‘Alfa DNA’ driving mode control, which offers a choice of Dynamic, Natural and Advanced Efficiency settings. 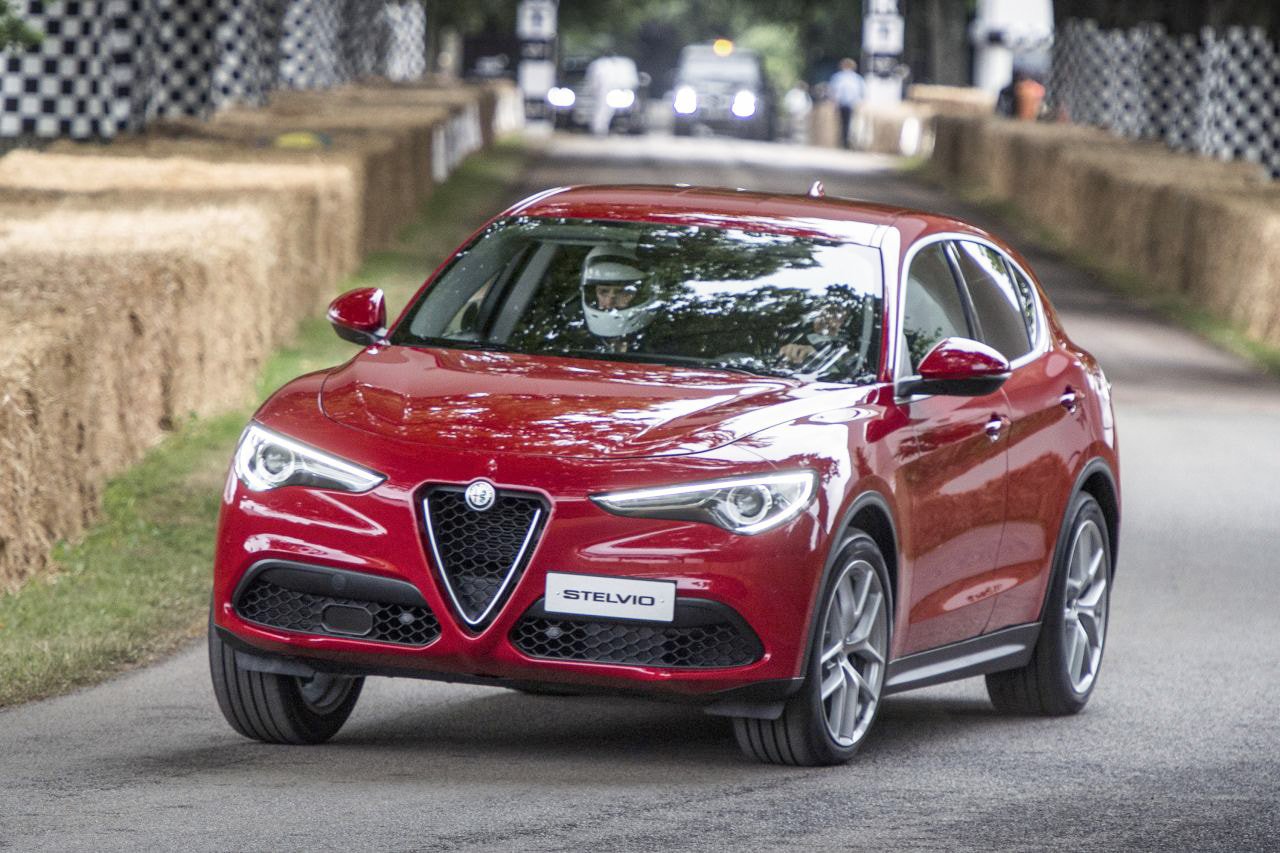 Alfa Romeo is keen to emphasise how much effort has gone into the driving dynamics of the Stelvio SUV and the Giulia underpinnings provide a good starting point.

Through the bends it has good body control for such a tall vehicle, even when pushing on or changing direction suddenly. Generally, it’s fairly comfy, even over lumps and bumps, particularly if you avoid the blingy 20-inch wheels. 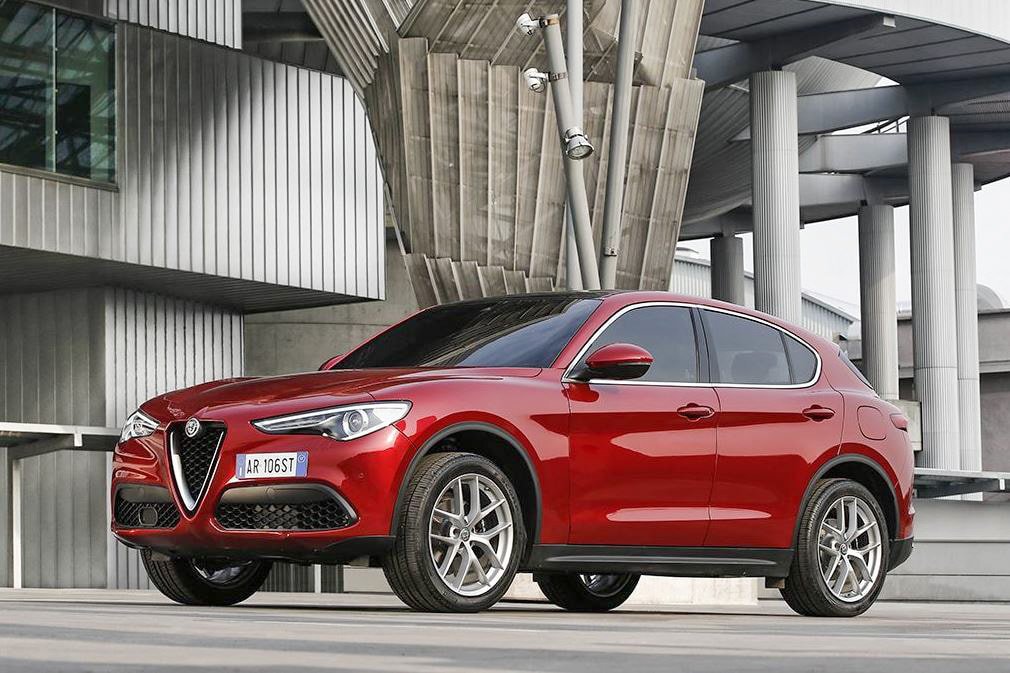 Unfortunately, despite the good handling there are some flaws with the driving experience. The steering is quick and ultra-light – quick may well be typically Alfa, but ultra-light is not. It prohibits any sensory involvement with the goings on underneath the car and is unusual in an SUV. It takes some getting used to, if at all.

The brakes are also odd – the pedal uses a 'fly-by-wire' system with no direct connection to the hydraulics, so they don’t weight up or provide feedback in the way traditional brakes do. It takes a few miles to get used to them too, but they do perform the job of stopping the car well enough. 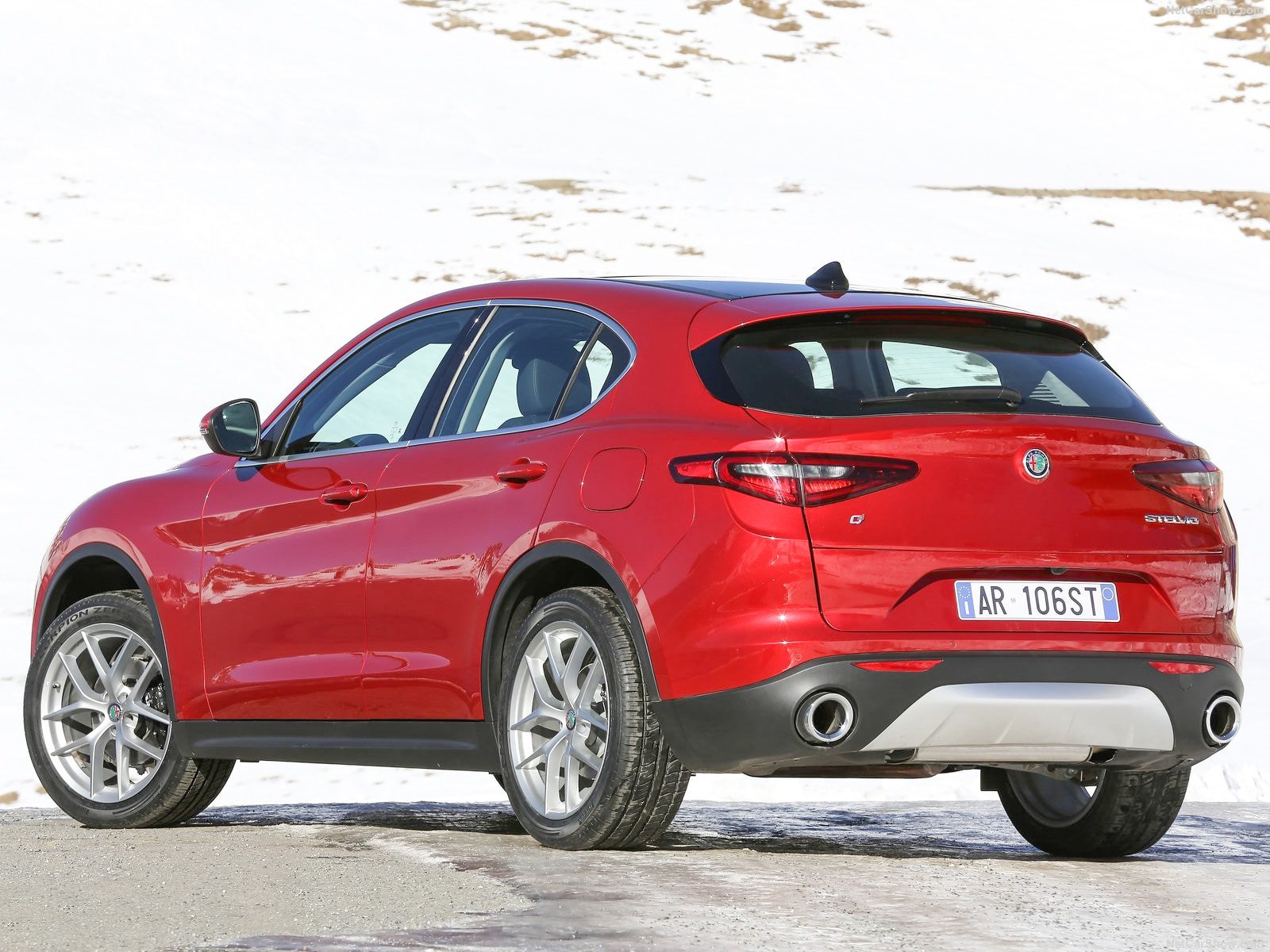 Overall, the Alfa Romeo Stelvio combines fairly decent drivetrains with a chassis that works reasonably well when supporting an SUV body style. Few would complain about Alfa Romeo’s desire for the Stelvio to match the Giulia on poise and driving pleasure, but when such desires are not fully met, it is unlikely to be seen in a positive light by many serious buyers in the premium SUV arena.

The imminent arrival of the range-topping Stelvio Quadrifoglio Verde, powered by the same Ferrari-sourced twin-turbo 503hp V6 as the Giulia QV tested here, promises to be very fast, dynamically more engaging and in keeping with the emotion and automotive passion that surrounds the Alfa Romeo badge.

Mitsubishi has revealed more details of its 2019 ASX SUV after making...