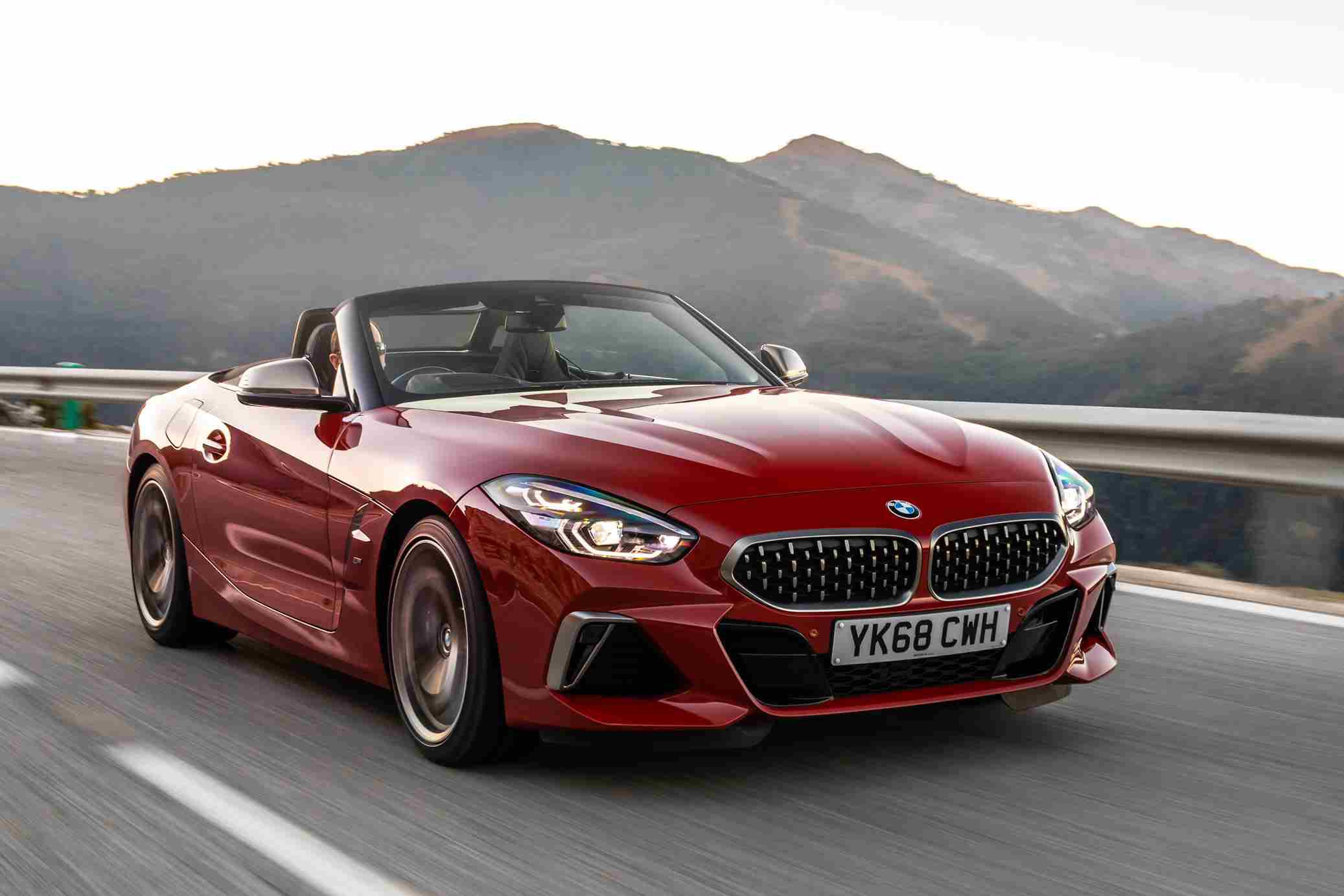 ➤ The BMW Z4 Roadster will appeal to buyers who want a fairly sporty two-seater open-top, but without sacrificing comfort, quality and technology.

BMW has been building two-seater convertibles for decades. Many, like the original Z1, Z3, Z8, and previous-generation Z4, have their own unique, sporty characteristics. Arguably, this third-gen BMW Z4 might be the marque’s best two-seat convertible to date. Its taut suspension, sharp steering, and turbocharged four-cylinder place it firmly in the current sports car ranks. It’s as confident puttering around town with quiet refinement as it is taking on a twisty mountain road with its punchy engine and quick transmission.

The two previous Z4’s were, ostensibly, sports cars, but the second generation redefined itself as a refined, luxurious cruiser with a folding hard-top roof. This latest iteration goes back to basics, with an engine range topped by a big, powerful six-cylinder engine, rear-wheel drive and only a canvas top to protect against the elements.

The new Z4, a car developed in parallel with the latest Toyota Supra (which borrows much from the BMW), is anything but basic. Every version is lavishly equipped and quite different to many of the other sports cars you can buy today. The rival Porsche 718 Boxster is a lighter, simpler machine and the re-birthed Alpine A110 is positively featherweight by comparison. 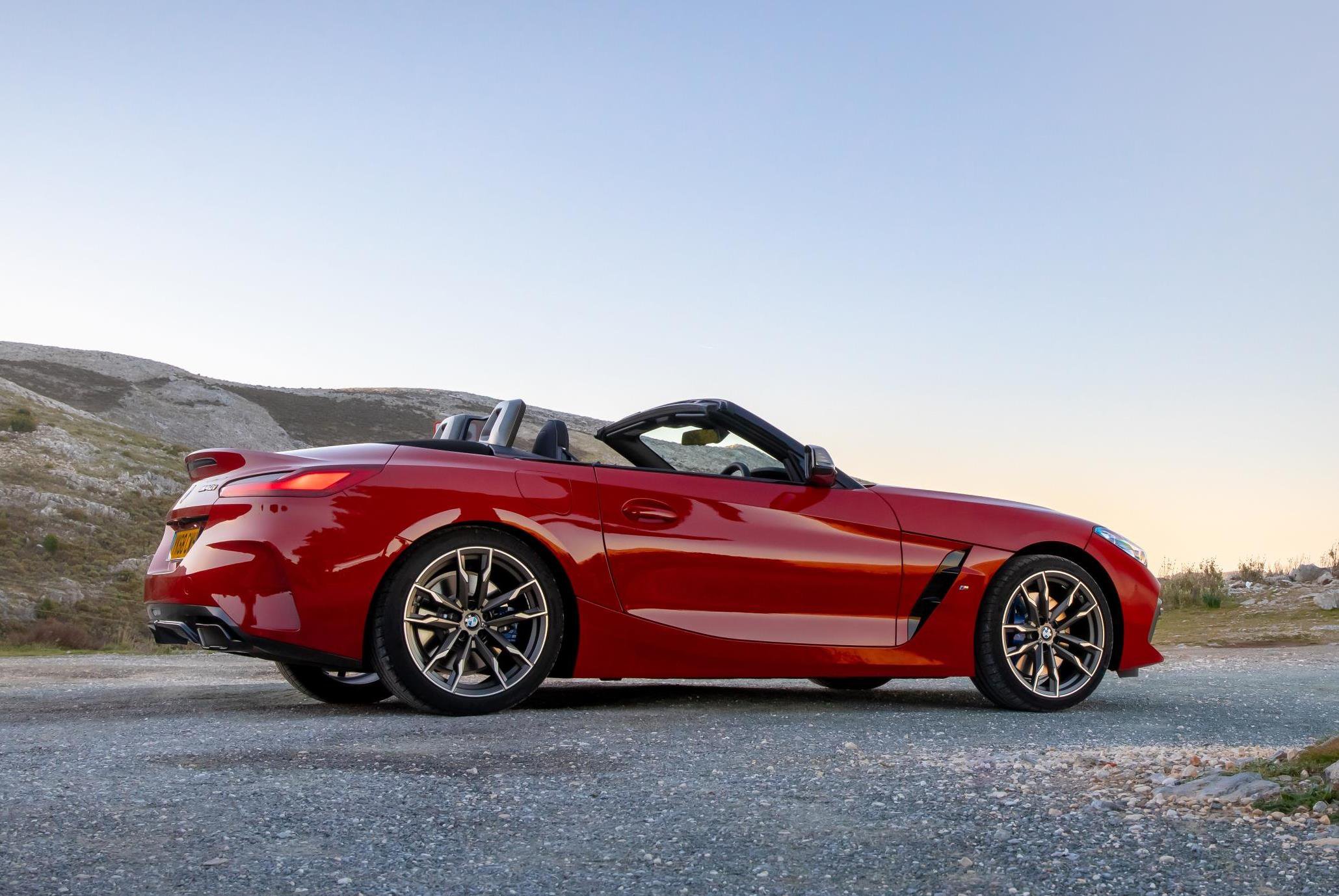 It is a well-accepted maxim that car design is all about proportion.

The internet has battered BMW for attaching oversized kidney grilles on the X7 SUV and 7 Series – not to mention (but we will), the monstrous grille of the 'Concept 4' revealed in Frankfurt earlier this week. Brace your retinas and Google it.

The Z4 was not exempt from such criticism, but they are at least in better proportion to the car’s overall aesthetic. The big kidneys are offset by a large, sculpted lower vent and two big flanking vents at each corner. The Z4 looks sharper with the top down but suffers a similar fate to many rag-topped convertibles with the roof up; it looks frumpy. Elsewhere, the piano-black vertical vents behind the front wheels give the Z4 a distinctive profile and the sharp, slim taillights, sculpted diffuser, and LED tail lights look exceptionally smart.

While the exterior design of the Z4 might split opinion, the interior is little short of excellent. Like BMWs of the 1980s and 90s, the whole dashboard is angled towards the driver, creating a racy-feeling environment, reinforced by a purposeful, low-slung seating position. Everything is within easy reach and all of the controls are clearly structured and labelled – exactly what you want in a car designed to be driven briskly and with heightened concentration.

The seats are really nice and supportive and you can get them finished in a range of leather colours from subtle black to in-your-face red, as fitted in the M40i test car. They’re really comfortable too, but it’s a bit stingy that electric adjustment and lumbar support cost extra on all but top-spec cars.

While many of the fixtures and fittings are borrowed from the latest 3 Series, everything is impeccably finished, from the stitching on the standard leather seats to the sections of chrome and piano black trims; everything is beautifully incorporated and looks cohesive. 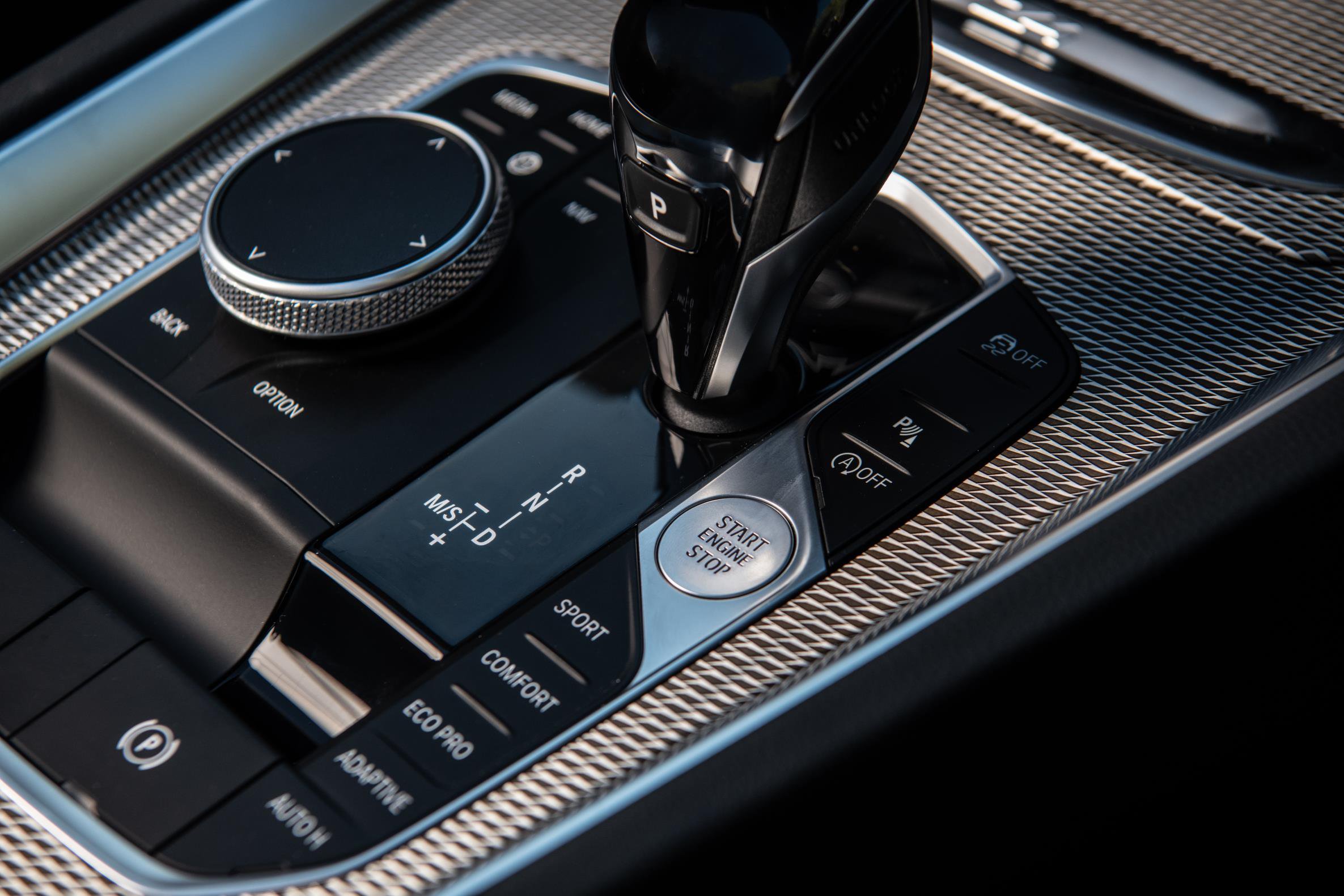 The Z4 comes with a choice of three trim levels. There’s the range-entry Sport, followed by M Sport and the M40i as tested which, essentially, is a model it its own right.

Going for the mid-spec M Sport model (and most will), adds a more aggressive exterior style with deeper bumpers, sportier looking bumpers and side skirts and M Sport touches to the interior such as sports seats and the leather steering wheel. 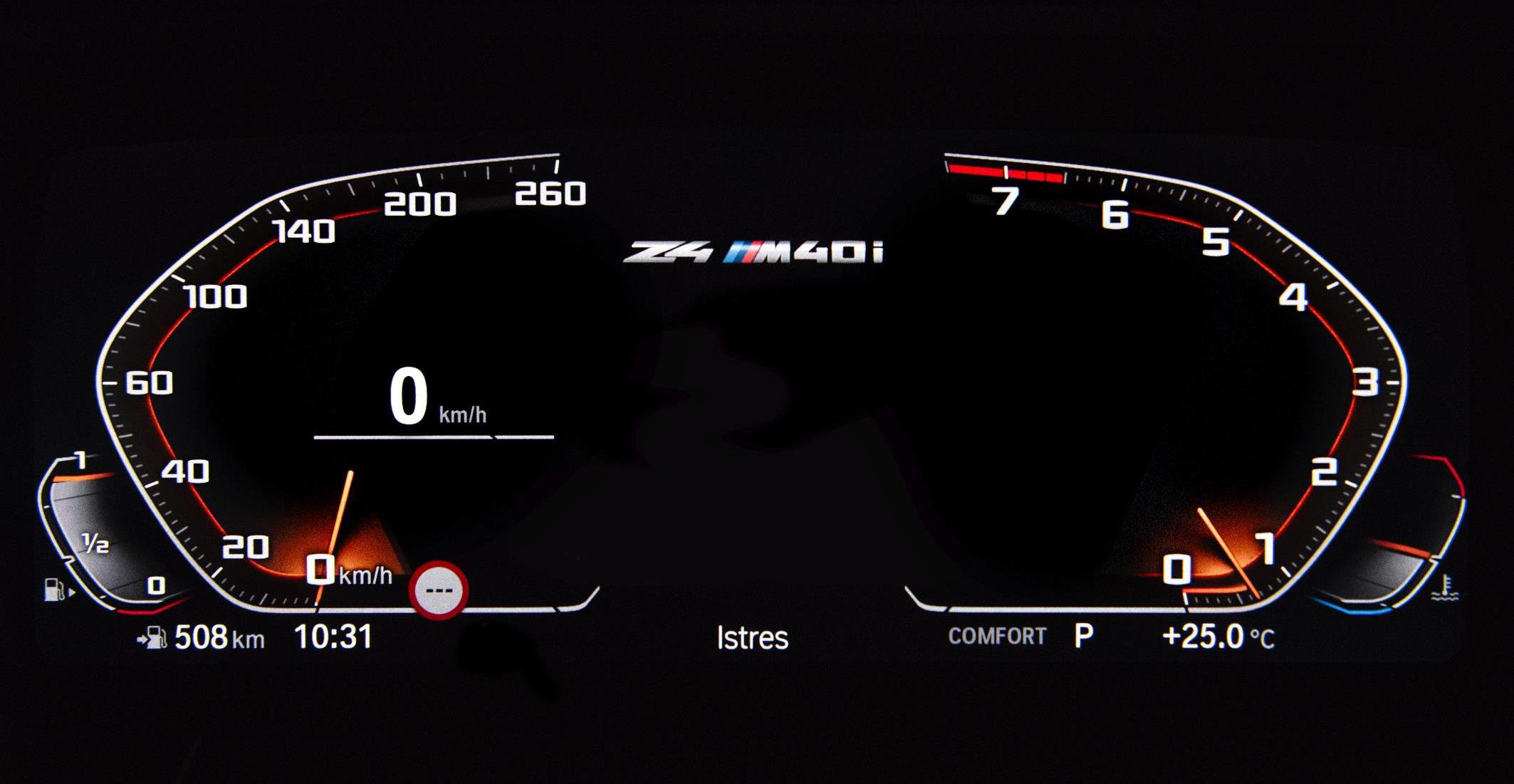 The M40i looks similar to the M Sport but with silver exterior trim details to the grilles and mirrors, with different alloy wheel designs, too.

As you’d expect, you can add a vast array of options to the Z4’s kit list including various driver assistance items, a head-up display, sound system upgrades and a choice of exterior body and roof colours.

The previous generation Z4 was rather hamstrung by its hefty, heavy roof mechanism when it came to carrying the weekend-away luggage that a sports car might need to.

This new Z4, though, has a simple folding canvas roof that still leaves you with a reasonably sized boot – even when it's stowed away.

There is a 281-litre boot with the option of a ski hatch to lets longer items pass through to the passenger compartment.

The BMW Z4 and Toyota Supra were developed alongside each other, but there are enough differences between the two for each to have its own personality. Among shared components are the BMW-designed engine, chassis and automatic gearbox from German company ZF.

The chassis design is both common and exclusive to the two as it is found on no other BMW or Toyota model – at least not yet. To save weight without reducing strength, aluminium is used extensively in the suspension system, and overall weight distribution is 50/50 – a figure that BMW enthusiasts will find familiar and reassuring. Also a BMW tradition is rear-wheel drive where the wheels are wider than those at the front. 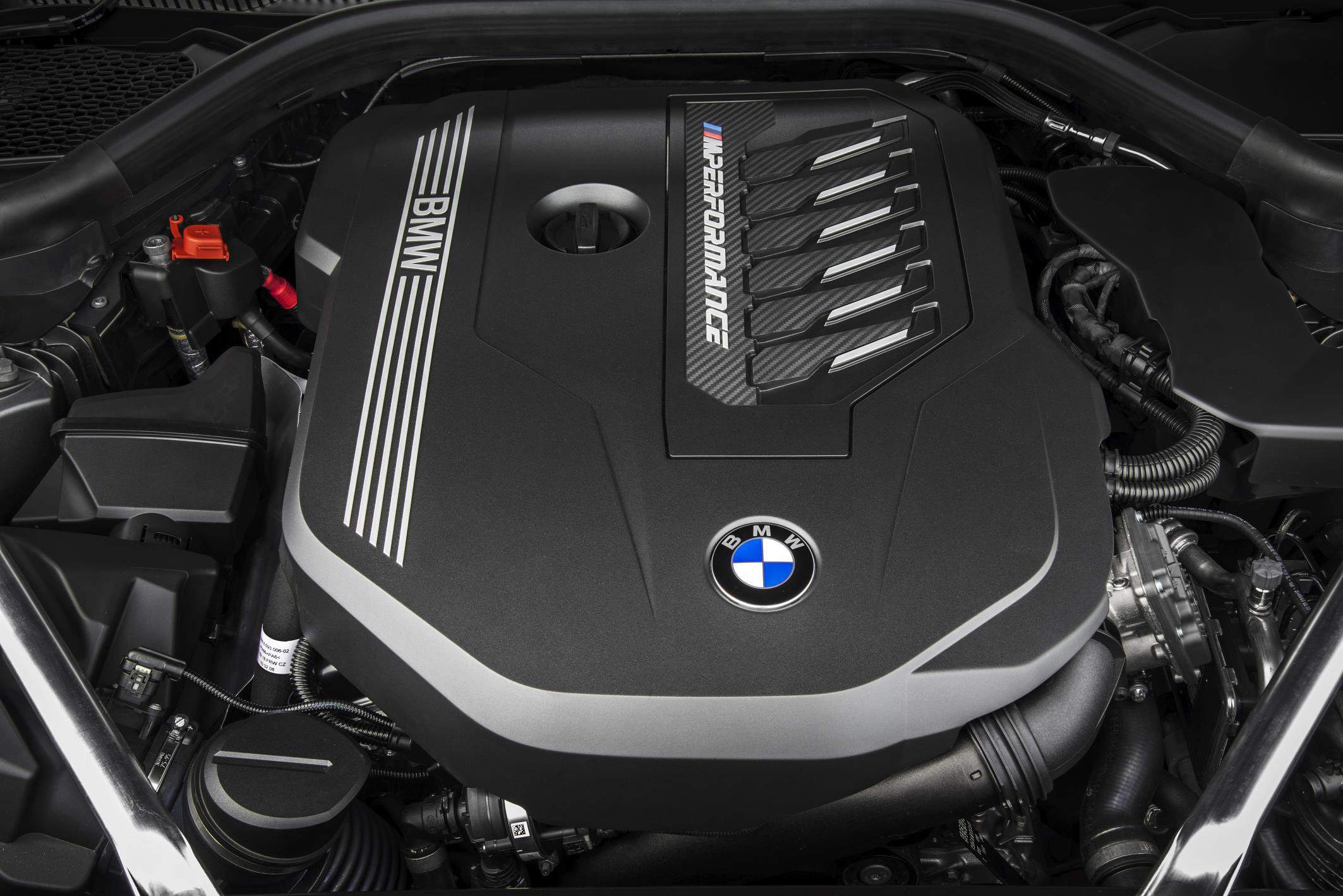 The BMW Z4 M40i as tested has something of a traditional muscle-car feel to it and a big part of that comes down to its 3.0-litre, twin-turbocharged straight-six petrol engine. It's the same engine you'll find under the bonnet of the BMW 2 Series M240i coupe and convertible and proves more than powerful enough for use in a true sports car. With 335hp, it'll take the Z4 from 0-62mph in just 4.6 seconds - the same time, coincidentally, as the Porsche 718 Boxster-S takes.

Many will prefer the BMW's raucous six-cylinder soundtrack, too, but a lot of enthusiastic drivers will mourn the fact that BMW doesn't offer the choice of a manual gearbox - something Porsche drivers take for granted. As smooth, fast and effective as BMW's eight-speed automatic is, it's just a little uninvolving in use. We expect the less powerful Z4s to be offered with a manual gearbox at a later date. 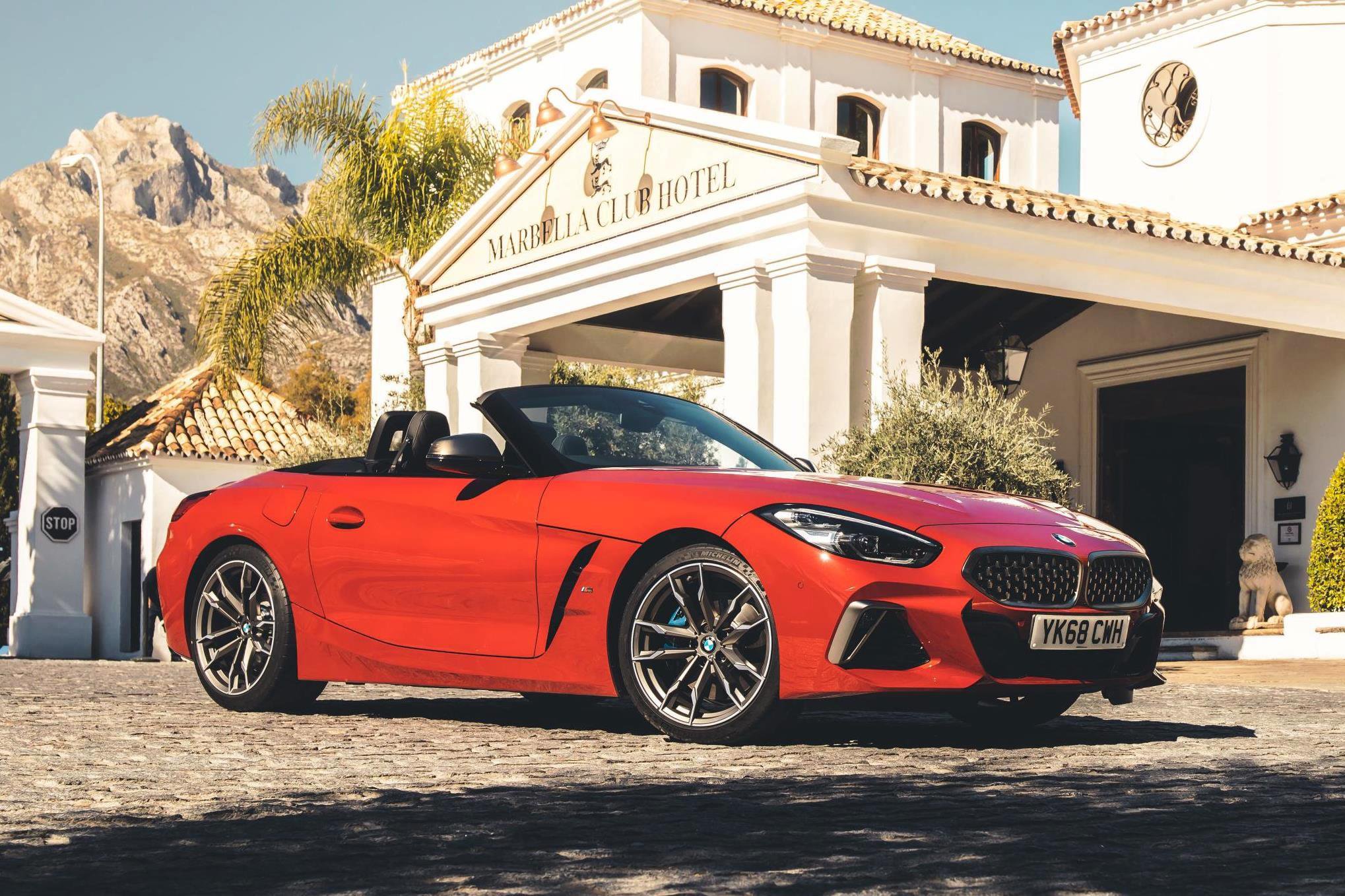 From its appearance, you might expect the BMW Z4 to have a sporty character. Well, it does and it doesn’t, which is entirely dependent on which engine version you go for. Select a more humble unit and the driving experience is actually surprisingly sedate. 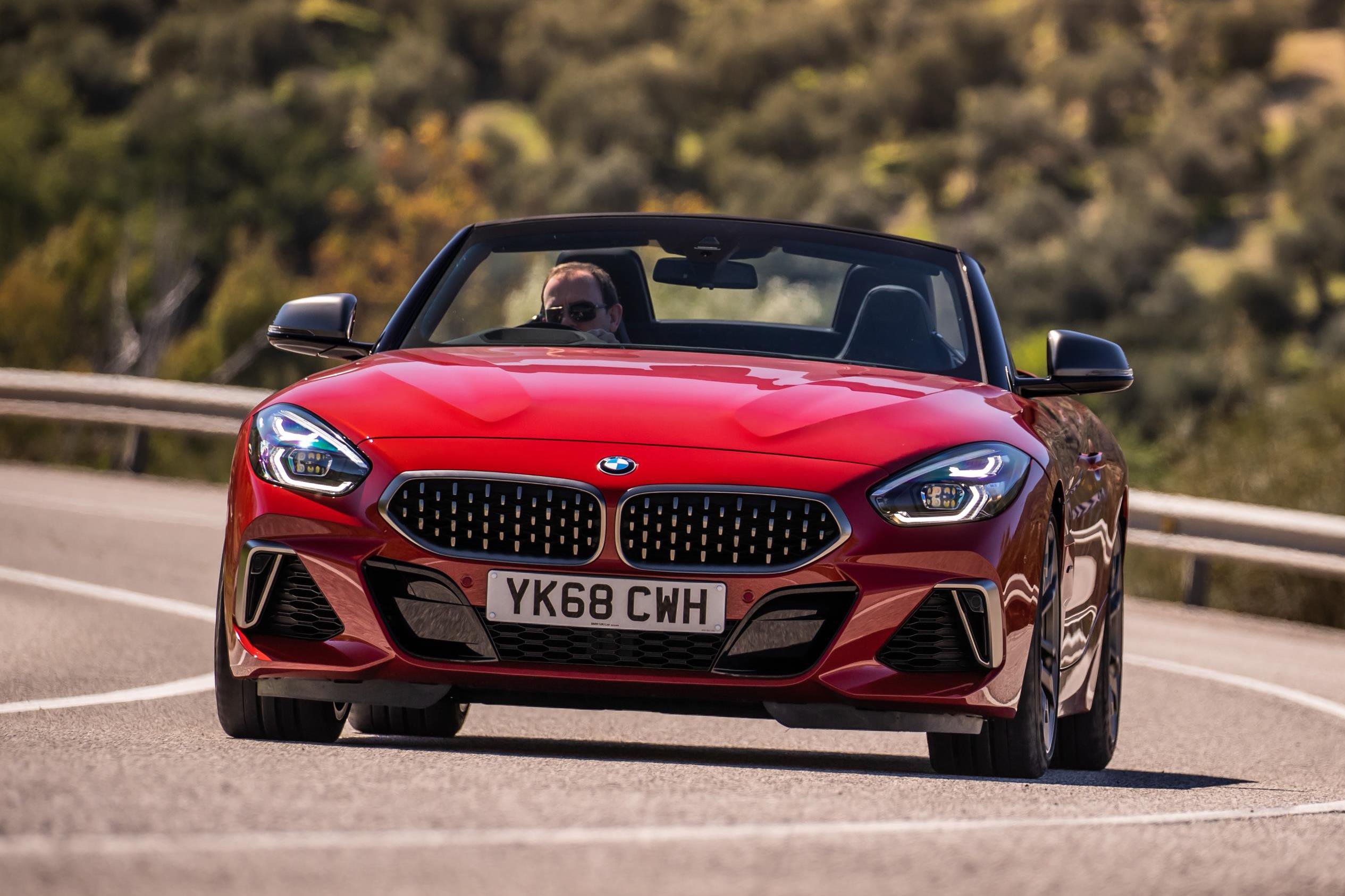 However, the ride is smooth and comfortable and the cabin is well isolated from the wind with the roof down. It remains pretty quiet with the rag-top in place, too. This makes it surprisingly civilised on a long journey, making it feel more like a miniature grand tourer than a racy little roadster.

It does a good job in the esses too, with lots of grip, decent body control and direct steering, but you don’t get the same level of agility and involvement as you do with some rivals.

M Sport cars can be upgraded with the M Sport Plus package, which brings with it an adaptive suspension (allowing the Z4 to be more comfortable or more sporting at the touch of a button), bigger brakes for the sDrive20i model and a sophisticated electronically-controlled rear differential for the sDrive30i. 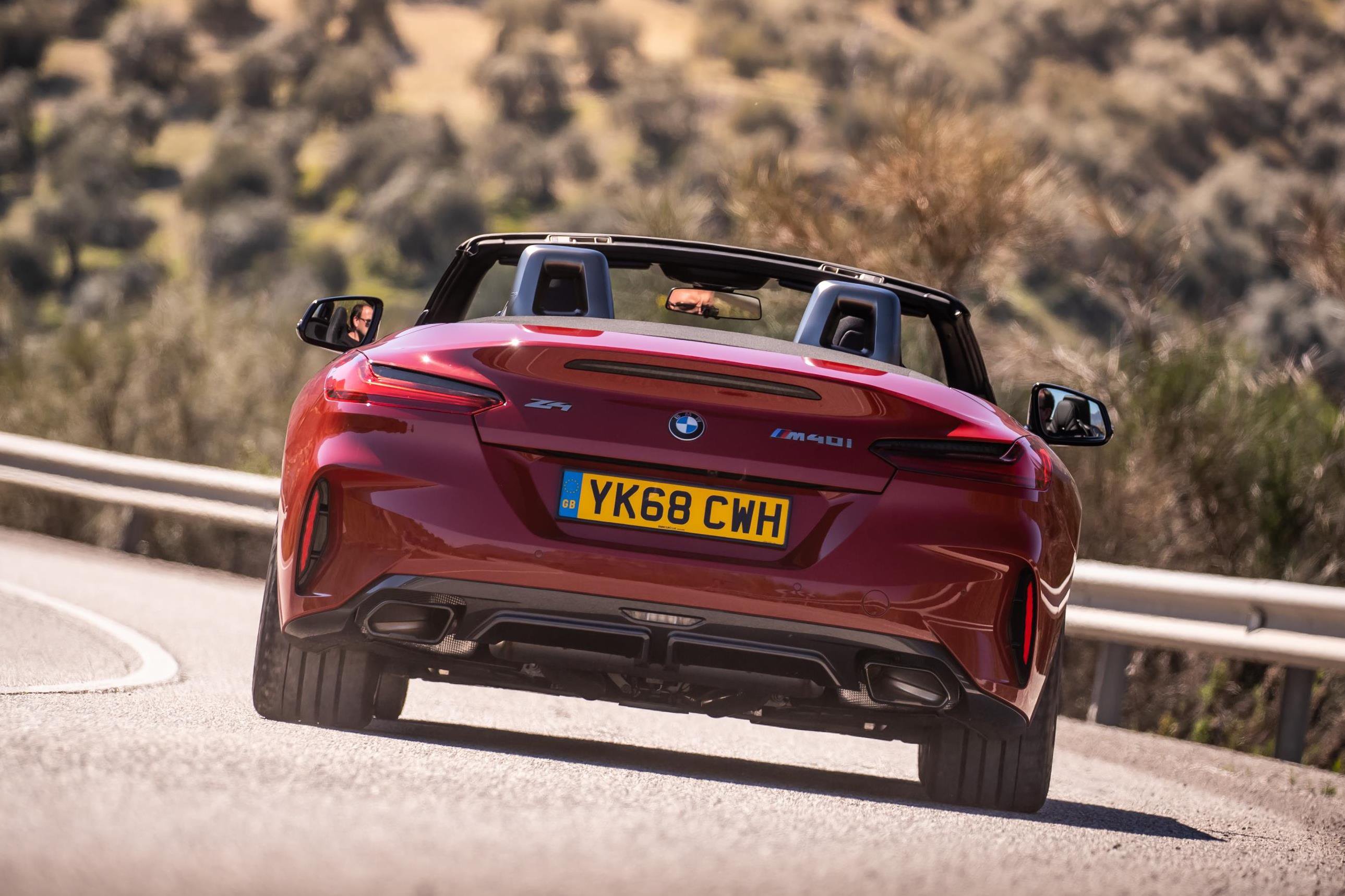 As you would expect of a range-topper, all of these items are standard on the Z4 M40i and they transform the Z4 from being a comfortable boulevard cruiser into a truly engaging sports car. It’s capable of sustained high-speed B-road blasting, yet in the Comfort setting it’s perfectly good at tackling more mundane motorway journeys, too.

The BMW Z4 achieved a five-star safety rating from Euro NCAP, including an impressive 97% score in the adult occupant category.

BMW has thrown plenty of safety equipment at the Z4, most of which is standard-fit. There are driver and passenger airbags with front and side impact protection, several stability control systems when cornering, braking and moving off and a rollover protection system should a severe incident occur and the car rolls. 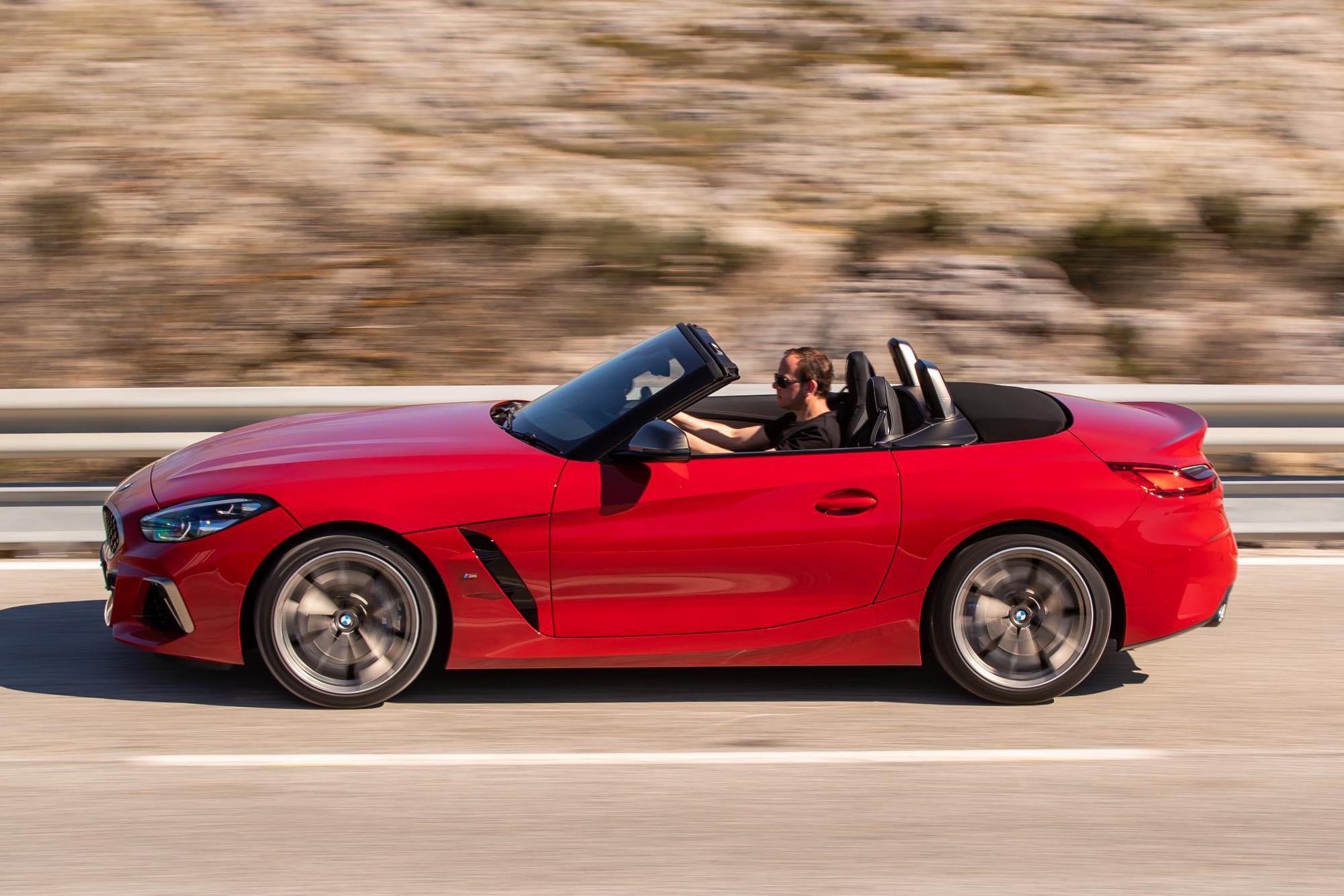 As well as this, bright LED headlights are fitted as standard to aid visibility, which can be upgraded to adaptive LED units. There’s also a system called Active Guard which features lane-departure warning and speed limit assist (reads speed limit signs) – this is standard too.

There are two camps of buyers to which the BMW Z4 is likely to appeal.

On one side are those that prioritise style and technology, looking for an attractive convertible with a sporty image. The Z4 ticks all those boxes, even at the entry-point to the range, giving the likes of the Audi TT Roadster and Mercedes SLC a good run for their money.

However, opt for the more potent and engaging M40i and the Z4 can be an exciting and dynamic sports car to rival the Porsche 718 Boxster and Alpine A110.

Whichever side of the rag-top convertible lifestyle fence you sit on, the Z4 is certainly worth a look. 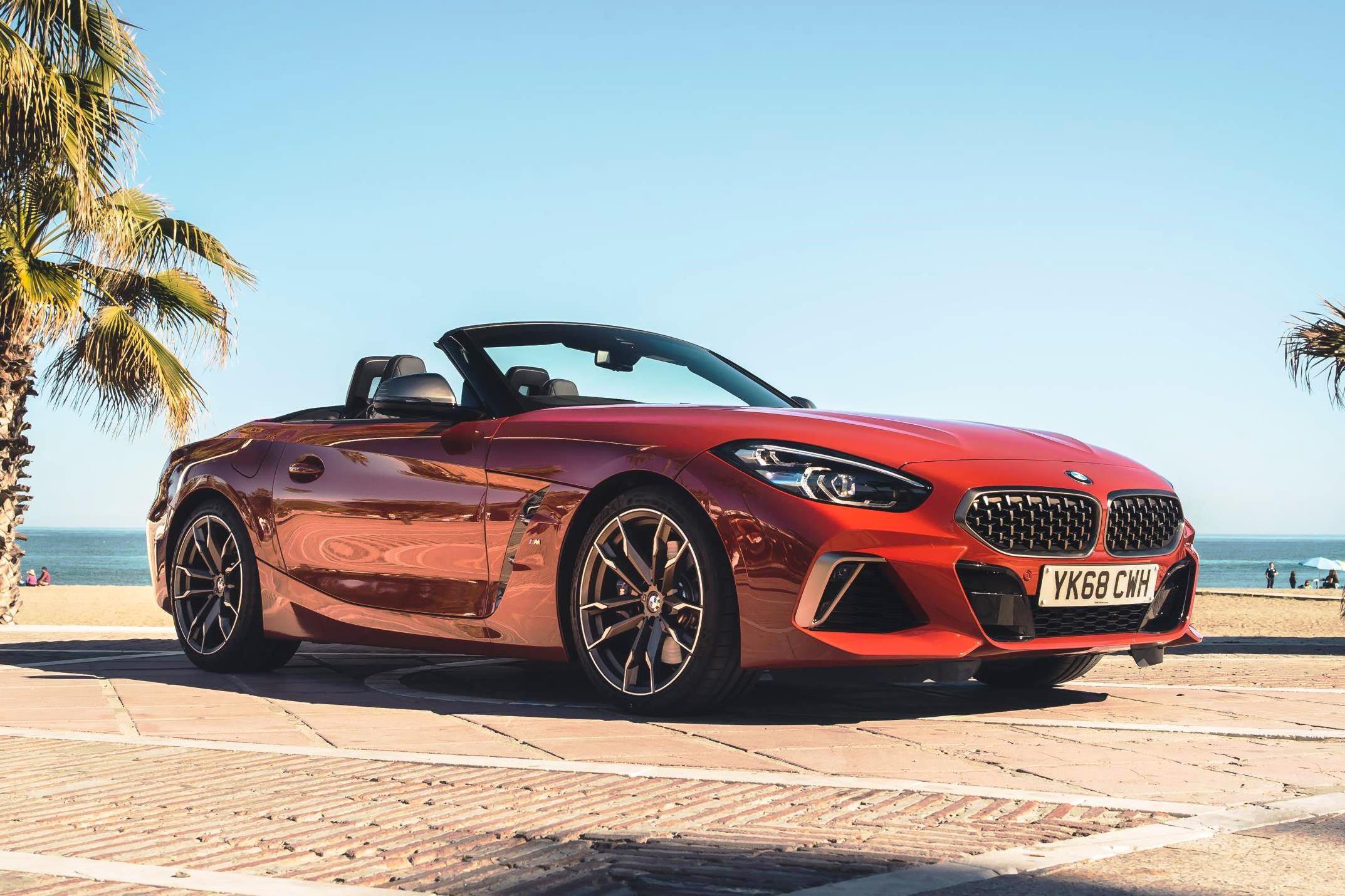