In the automotive world, a strong brand helps sell cars – and selling thousands of them means there’s lots of money to be made. If the brand’s prestige is a fundamental reason why people buy those cars, then diluting it risks decades of marketing investment. 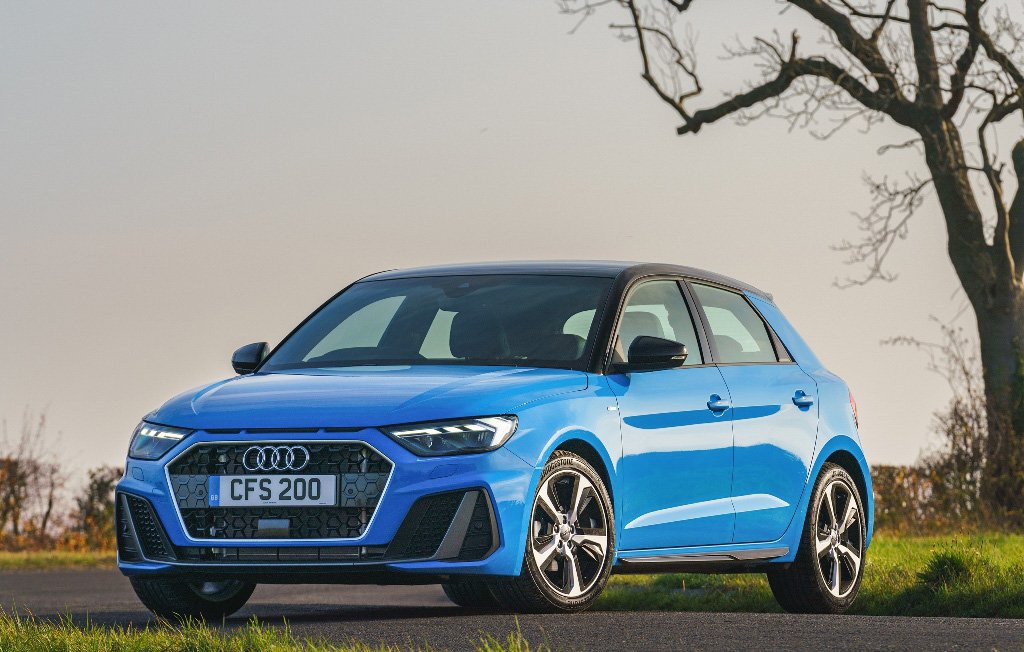 Audi attaches its famous four-ringed moniker to a broad spectrum of cars that includes the A8 luxury limousine, the smart Q8 SUV, the white-knuckle quick R8 sports car and on this, its smallest offering, the Audi A1 Sportback.

The Audi A1 was debuted in 2010, with fashionable good looks, a smart modern interior using quality materials, and the underpinnings of the reliable Volkswagen Polo and Seat Ibiza, and they did well in keeping the A1 looking and feeling like a ‘proper’ Audi.

Nine years on and it’s time to see if Audi can pull off the same trick again with this second generation A1, which continues to be based on Polo underpinnings. It begs the question: Is the Audi A1 still upmarket enough to justify spending more for it than many of its rivals?

Earlier this month, I spent a week with the 2019 Audi A1 Sportback in 30 TFSI manual guise, finished in Tioman Green.

While the original A1 offered a more rounded form, the new model – now 56mm longer – has given way to more chiselled and sculptured lines, with deliberate homage afforded to iconic models from Audi's past – particularly the Quattro rally cars that so brutally carved the brand's reputation in motorsport.

Audi, has included styling cues from its larger models, with sharp lines in the bonnet and the inclusion of a distinctive shoulder above the front wheel arches front and rear, linking back to the original Quattro rally cars, and forward current models such as the Audi Q8 SUV, solidifying its proper Audi feel. 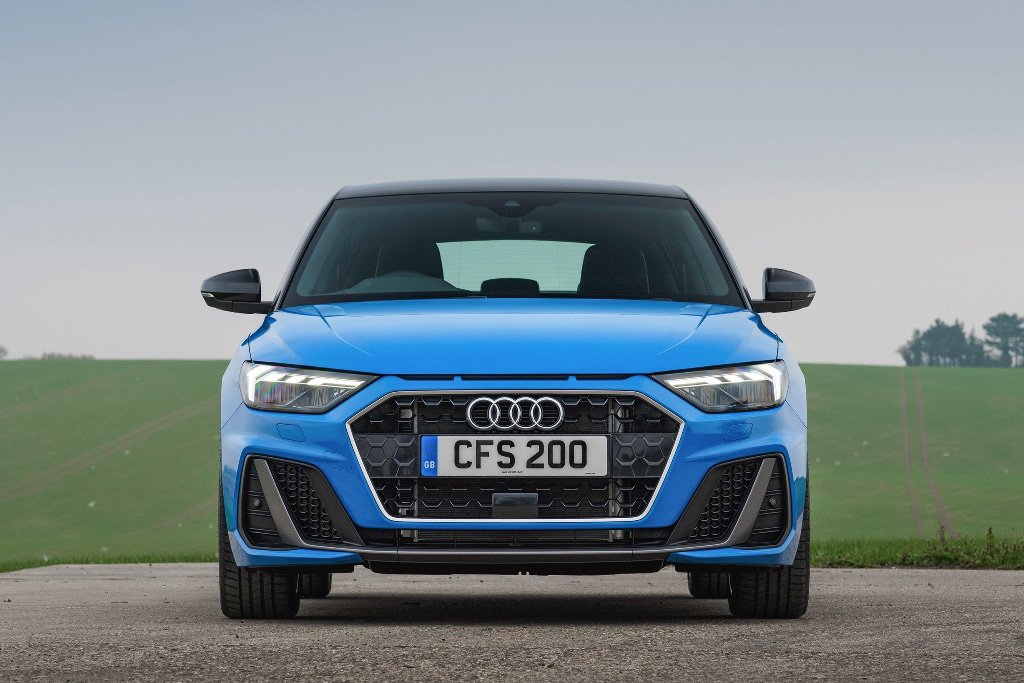 Long gone are the days of a three-door hatchback, with more and more manufactures removing the configuration from their models. Audi is no different, now only offering the A1 in five door Sportback.

That is unlikely to be bad news for many, and it makes for a far more practical family choice, with easy access to an interior that's more spacious than in the original model thanks to the extra length. The new A1 Sportback is available in a choice of ten colours which, as an option, can be combined with a contrasting roof colour. 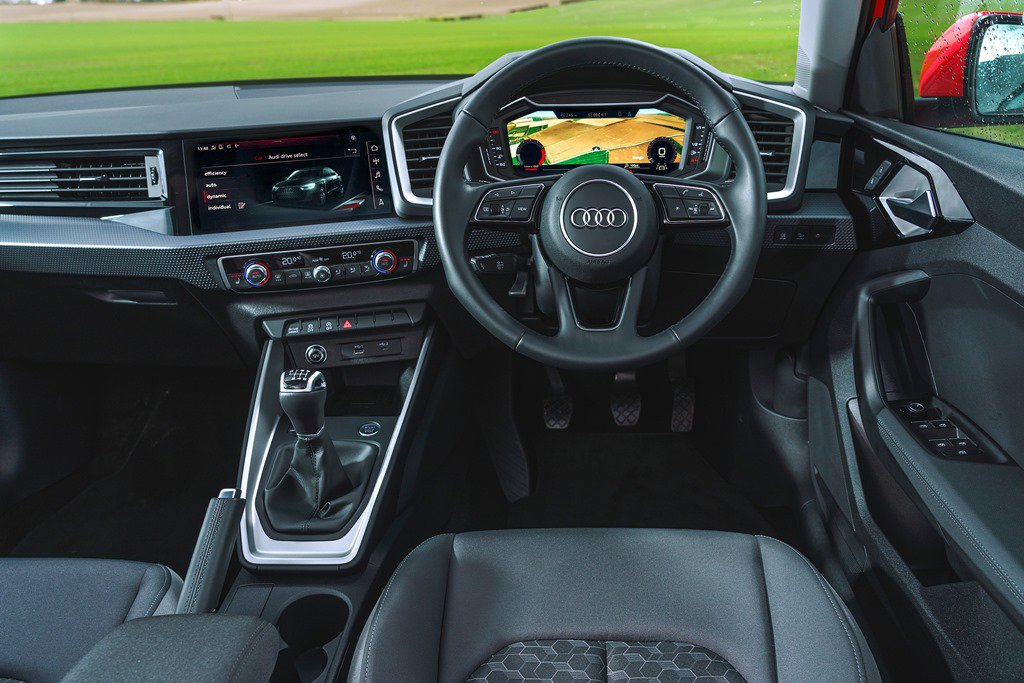 With its new shaper exterior, Audi hasn’t left the interior alone either in the A1, the design team worked hard bringing the feel of a grown-up Audi to its smallest vehicle. The new A1 is at the forefront of cutting-edge technology, even the entry level SE features a fully digital instrument cluster. 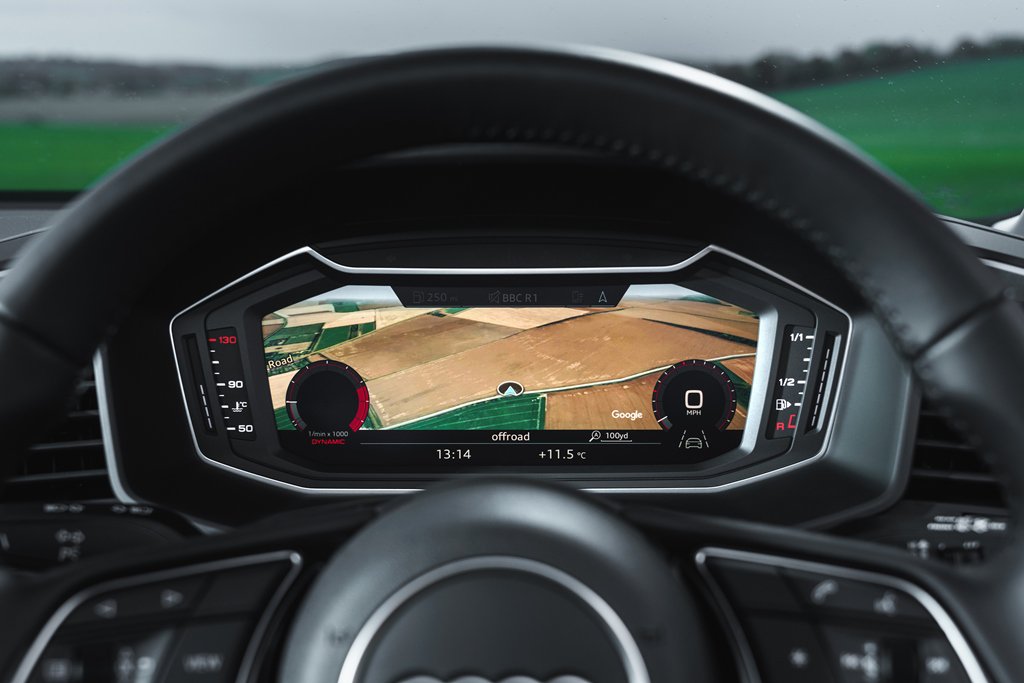 With a wraparound style driver-centric dashboard, the A1 feels more immersive and sportier compared to its shared platform rivals.

However, if the standard black and grey dashboard is a tad too drab for your liking, you can colour code the air vent surrounds, door handles and gear selector to coordinate with the more adventurous upholstery choices in the A1 colour and trim catalogue. 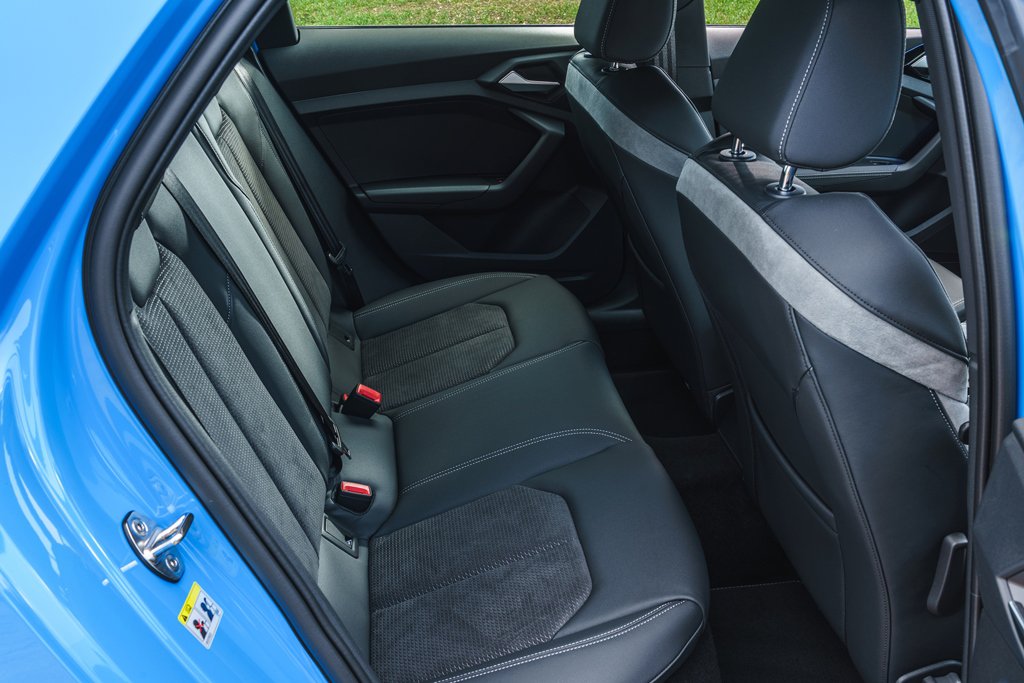 The biggest advantage of the A1's noticeable growth spurt is that it's now much more comfortable inside. Rear seat passengers, benefit most with more knee and head room, whilst the front seats also see a marked improvement over the previous models.

With an enlarged boot size to 335 litres - a dramatic increase of 65 litres - and tootling 1,090 litres with the rear seats folded down, its making good use of the cars extra length. At just 67mm off the tarmac, Audi has also made the loading lip lower to make lifting heavy items less of a strain. 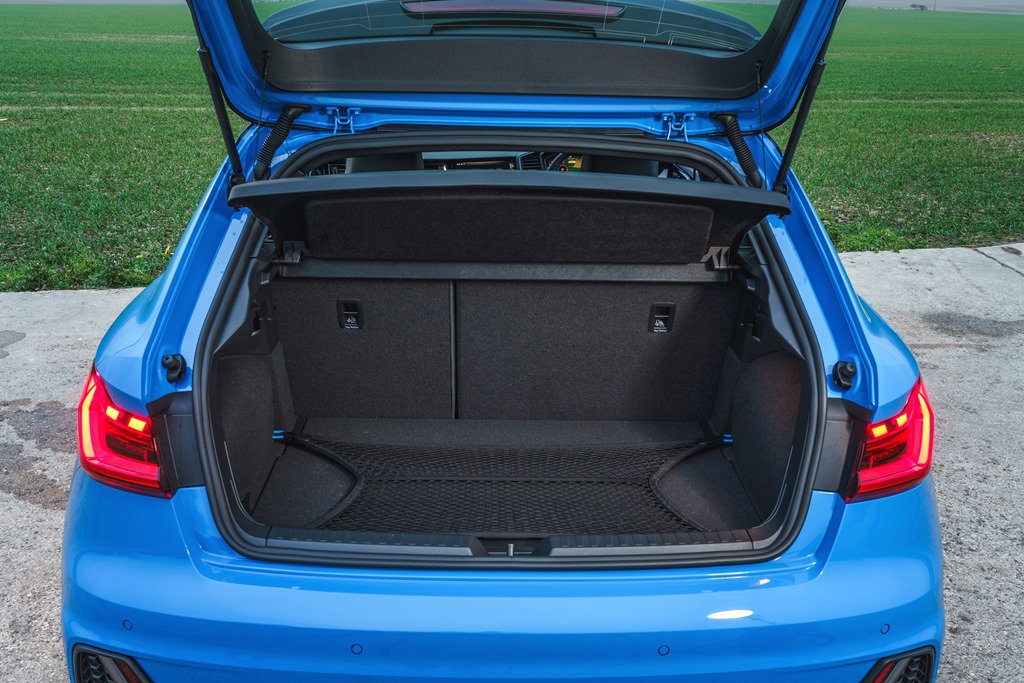 The new Audi A1 is currently available in three familiar trims of SE, Sport and S Line. In addition, there are three spin-off trims based on the S Line spec called Competition, Contrast Edition and Style Edition.

The range-entry SE has a high level of standard equipment which includes 15-inch alloy wheels, as well as LED front and rear lights that include a signature 'sweeping' indicator animation. There's an 8.8-inch infotainment screen that controls the DAB radio and Audi's smartphone integration system incorporating Android Auto and Apple CarPlay. 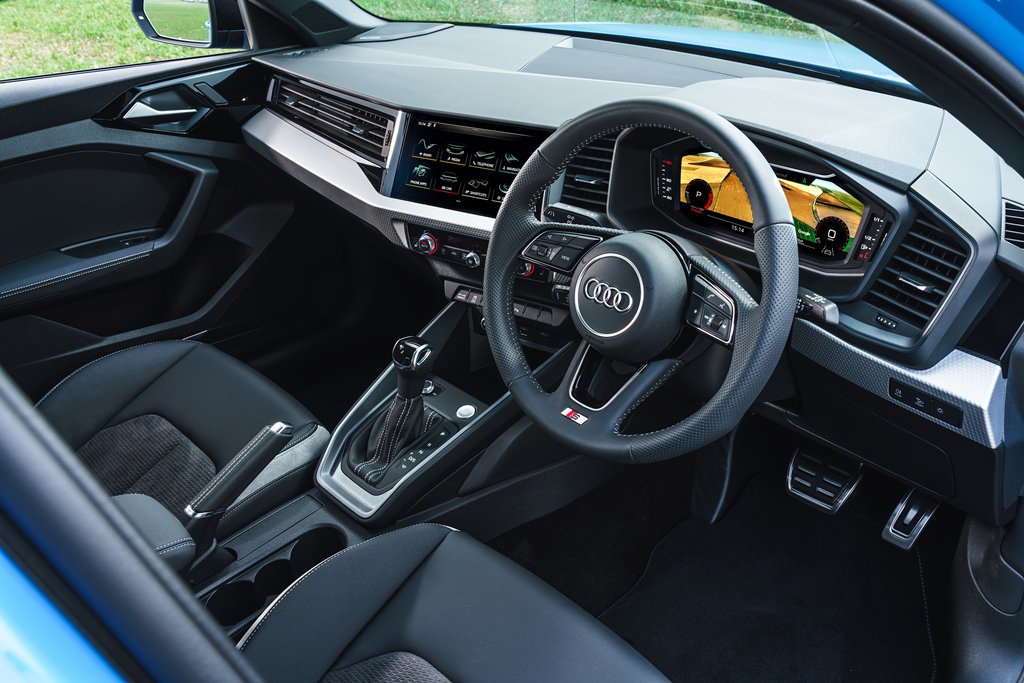 Autonomous emergency braking (AEB) is standard and incorporates ‘Audi Pre-Safe’, a system that can recognise hazards ahead, even in foggy conditions. There's also lane departure warning and a speed limiter as standard.

The Sport comes with larger 16-inch alloy wheels and sports seats, while the S Line has a racier setup with firmer suspension and a muscular-looking body kit.

The S Line Style Edition boasts wheels and Audi logos in a distinctive bronze finish, while the S Line Contrast Edition comes in an even more eye-catching metallic yellow, with black badges and wheels. 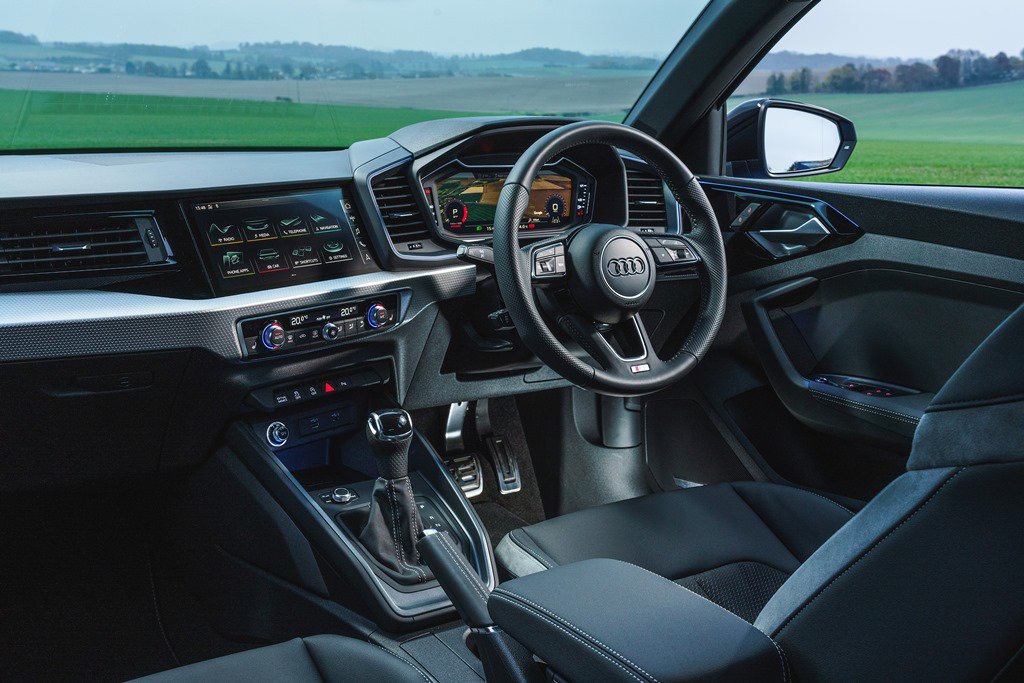 Sportiest of all is the S Line Competition, a package only offered with the 40 TFSI engine and adds adjustable suspension dampers and red brake callipers.

Audi A1 Sportback power comes from four turbocharged TFSI petrol engines – no diesel, hybrid or electric versions are available…at least for the time being. A choice of six-speed manual or dual-clutch S Tronic automatic gearboxes are also available. 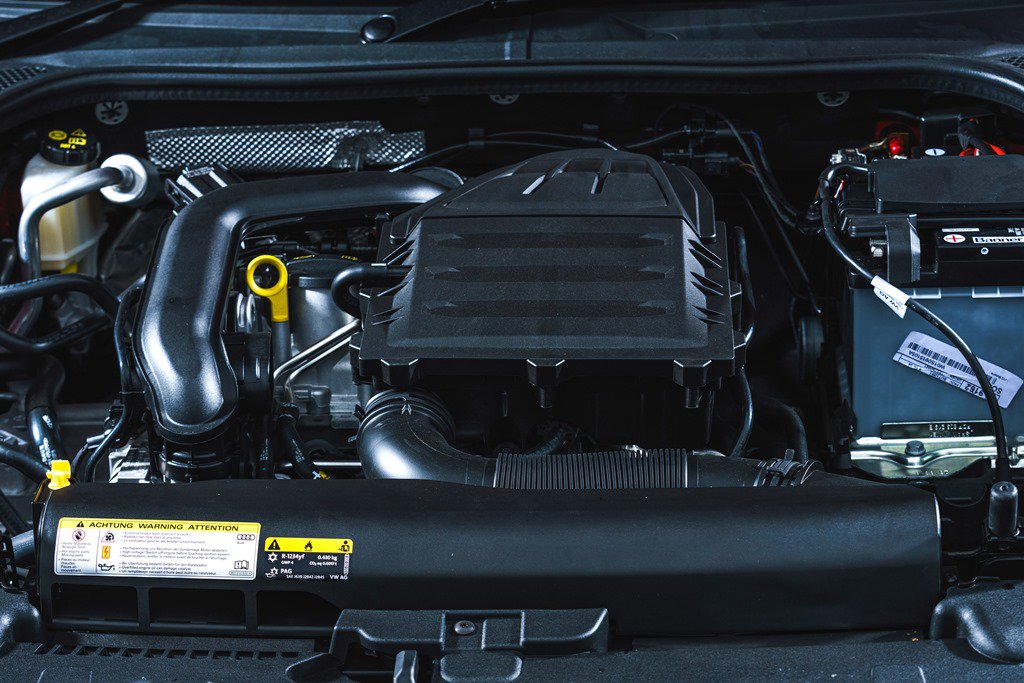 Confusingly, Audi's present badging policy bears no relationship to engine size. The range kicks off with the '25’ derivative, which has a 1.0-litre three-cylinder unit, offering 95hp. Next up is the '30’ variant, which uses a 116hp version of the same engine. A further step up the engine range sees the ‘35’ model with its 150hp from a 1.5-litre four-cylinder engine, which uses cylinder on demand technology.

I have yet to drive the 95hp ‘25’ model, but the test car that Audi UK press office sent me was the ‘30’ six-speed manual version with the peppy 115hp engine…and my word, it’s a frisky little thing! It piles on a generous amount of shove from around 2,000rpm and has a real keenness to keep pulling all the way to its 6k+ rpm limiter and sounds marvellous while doing so, too!

If more power is needed, there's a '40’ model which uses a 2.0-litre engine with 200hp. However, this is only offered on the S Line Competition and is paired with a six-speed S Tronic transmission as standard.

With the A1 sharing the same platform with the Polo and Ibiza it makes for a rewarding car to drive. The steering is weighted perfectly for urban and country road driving, light enough to zip in and out of spaces in the city, and heavy to give a nice amount of feel in the bends, reassuring the driver it’ll go where you point it.

The payoff between urban comfort and spirited country driving means the body will roll ever so slightly on tighter, faster bends but the grip is plentiful. When the grip finally runs out, the car will gently and progressively fade out wide, with a quick lift of the accelerator this can be corrected without disputing the cars stability.

The A1 does a good job of delivering peace and harmony on the move too. At 70mph in top gear, I was hard pressed to hear the three-pot 115hp engine at all. Of course, you can hear some road and wind noise, but there’s not enough of either to irritate or tire on a long drive. 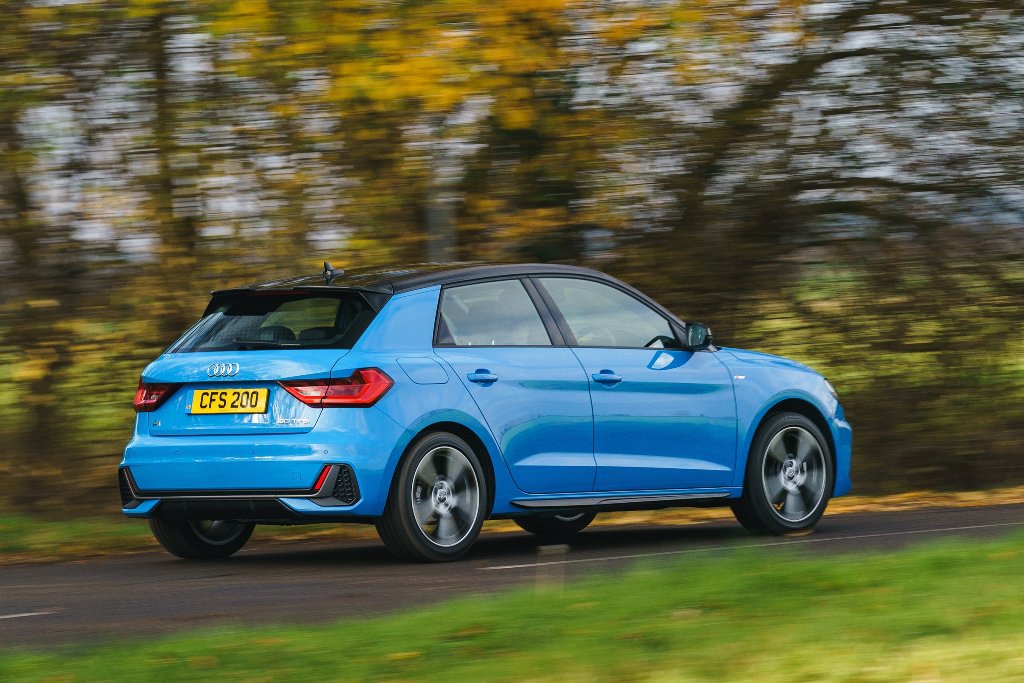 Safety is in keeping with the Audi ethos of offering big car kit in the small A1 package. There's active safety technology to help reduce stress and minimise danger, especially on long and tiring motorway drives. Reliability shouldn’t be an issue either, thanks to plenty of shared engines across the VAG group and a decent track record for the original A1. The 2019 Audi A1 makes a more compelling case for itself than ever before, with useful gains in practicality, the promise of high residuals and low running costs. The fabulous three-pot, 1.0-litre engine under the bonnet of the test car along with the manual box was a gem pairing and, clad in Sport trim, would be my pick of the range. It looks great inside and out, which is all that will matter to a large percentage of buyers in the market for the best premium supermini their money will buy.

‘Yes’ be the answer to the question.

Browse our latest top car leasing deals on the new Audi A1 Sportback. 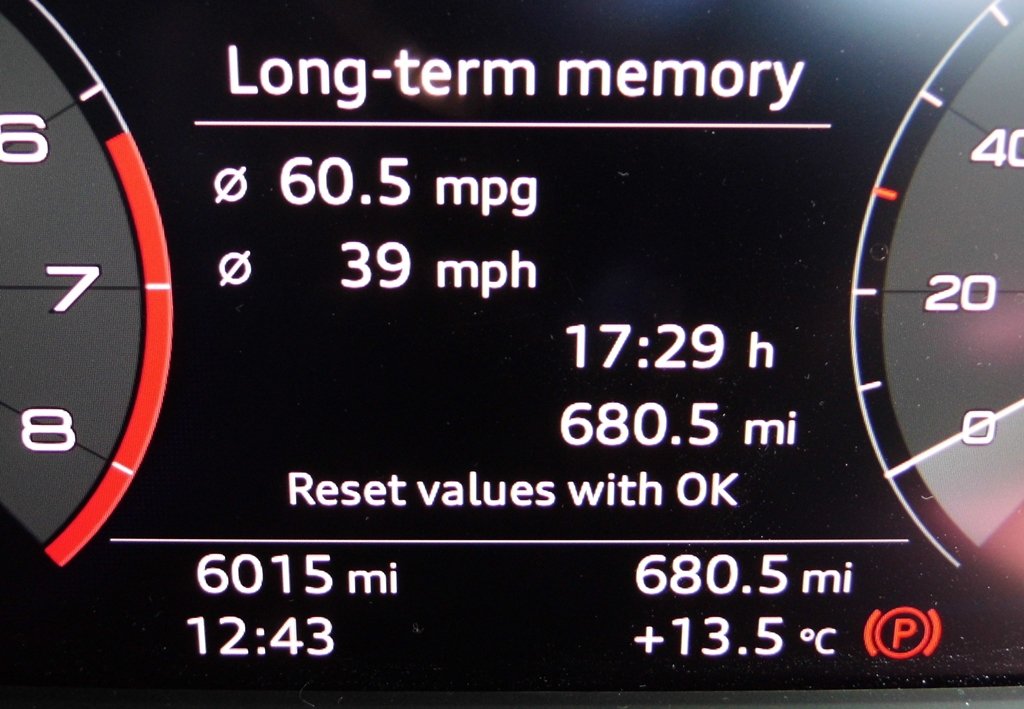