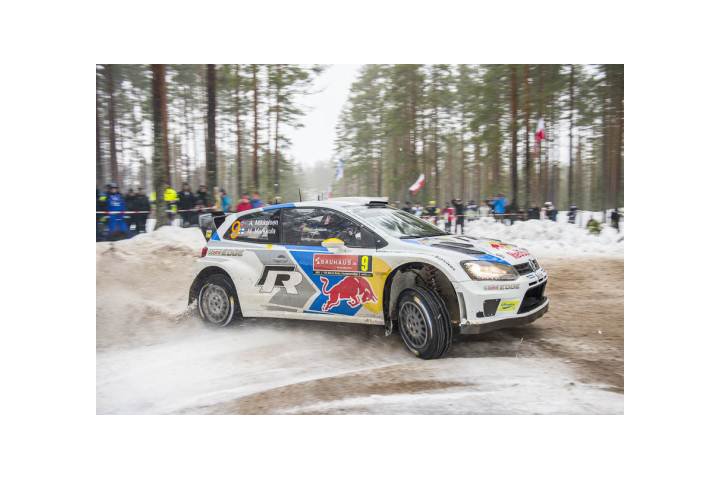 The action took place over the long weekend from February 5 to February 8 and saw a thrilling mix of high-speed, snow and spiked tires. The extreme conditions made sure it was a tough rally to master, but some drivers really shone – despite the icy weather.

Third-time winner of Rally Sweden, Jari-Matti Latvala, had a lot resting on him and came through to win this year's Rally Sweden in spectacular fashion. He won the event back in 2008 and again in 2012. Whilst Andreas Mikkelsen remained a big threat on the Friday, Saturday morning was Latvala's day; he won all four stages on the opening loop. When combined with a mistake made by Mikkelsen, the deal was sealed. His clean run was admirable, and he showed a steady, more focused approach.

Also driving a Polo and coming second was Norway's Mikkelsen. Despite winning the opening stage, he made a few mistakes along the way which meant Latvala took the lead. His hopes of victory may have been scuppered, but his position on the maiden podium was well and truly deserved. He didn't seem too disappointed with his second position, saying the excellent performance in his Polo R was "absolutely fantastic", adding that "achieving this great result is more than I could have dreamed of."

Ostberg claimed his position on the Swedish podium for the fourth time in a row. Although he seemed unhappy and lacking confidence in his car's set up for most of the opening leg, he and his car seemed to spring to life after making adequate changes. He was also delighted to win the Power Stage.

Mikko Hirvonen – Ford Fiesta RS
Despite running solidly throughout the rally, he was never really a contender for the victory; although he is always reliable, he was unable to match the power of the leaders. He came third in the Power Stage but was often found lagging behind fellow Fiesta driver, Henning Solberg. Perhaps it is taking some time for him to adjust from his stint with Citroen.

Considering Tanak's last WRC outing was over a year ago, he did very well to come fifth. He was 33.6 seconds further back; a pretty good showing. He said: "I was really worried but I proved I can drive fast. I'm really happy."

We can't lease you a WRC car, but you can lease a VW Polo from us.