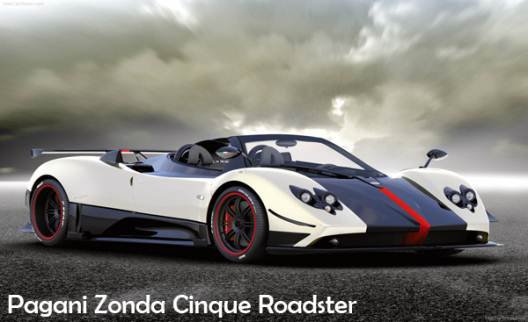 20 March 2013
Bugatti Veyron Super Sport Ranking highest amongst the most expensive cars in the world, the Bugatti Veyron takes the coveted first spot, with a price tag of a whopping £1.45 million this beast comes with the top speed of 267 mph and can go from 0-60 in 2.5 seconds. Aston Martin One-77 At £1.2 million The Aston Martin One-77 comes in at number two. With a V12 engine & 750 bhp, Aston Martin’s most alluring creation can go from 0-60 in 3.4 seconds. And speed isn’t its only significant feature; its body is made from completely handcrafted aluminium. Pagani Zonda Cinque Roadster As it is one of the most exotic cars on the market, it is also one of the priciest. Coming in at number three is the Pagani Zonda Cinque Roadster that is worth a mammoth £1.07 million. But true to its worth, this beauty can go from 0-60 in 3.4 seconds. Lamborghini Reventon It is by the far the most powerful Lamborghini built, and of course the most expensive. Coming in at number four is the Lamborghini Reventon costing £787,250. It has a top speed of 211 mph and can go from 0-60 in 3.3 seconds. Hennessey Venom GT Spyder Last but by no means is least, coming in at number five the Hennesey Venom GT Spyder. And for £700,000 it could be yours. With a twin-turbo V8 engine the Spyder can go from 0-60 in 2.5 seconds. Ok, so you can’t exactly lease these cars but why not lease your own equivalent of a super car? Here at Leasing Options we have an extensive collection of cars for you to choose from; everything from a Nissan Micra to a Porsche 911, so whether you’re looking for a business car lease or a personal car lease we can help. Call us today on 0161 826 3861 and a member of our team will be on hand to answer any questions you may have.