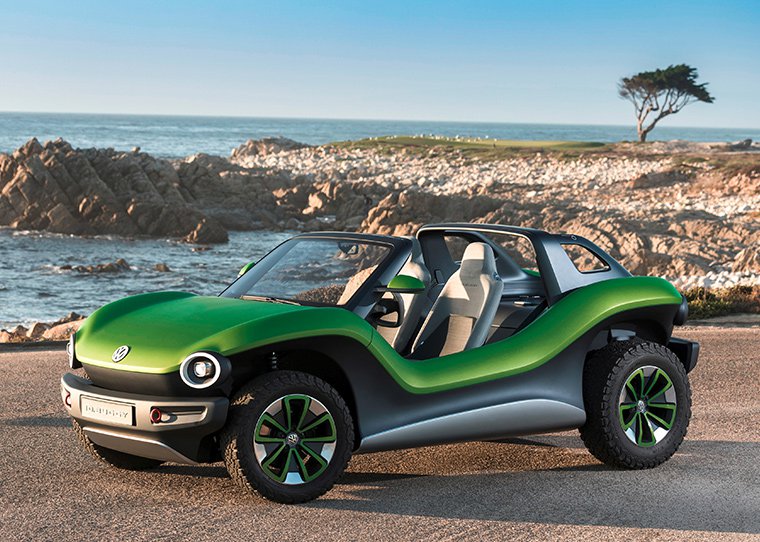 The Volkswagen I.D. Buggy concept has made its off-road dynamic debut at the Pebble Beach Concours d'Elegance during Monterey Car Week in California.

Having made its public debut at the Geneva Motor Show in March, the I.D. Buggy rides on the VW Group’s MEB electric platform, which will be put into production with the I.D. 3 hatchback later this year. While production of the I.D. Buggy has yet to be confirmed, it is now being investigated – and it’s unlikely to be Volkswagen. Low-volume, low-cost production start-up e.Go Mobile, which has become the first company to license the MEB platform for its own models, is in the running to engineer and build the I.D. Buggy on VW’s behalf. The rear-wheel-drive configuration echoes the Beetle drivetrain from the original beach buggies, but Volkswagen said that, as with other I.D. models, a motor could be fitted to the front axle to provide all-wheel drive. 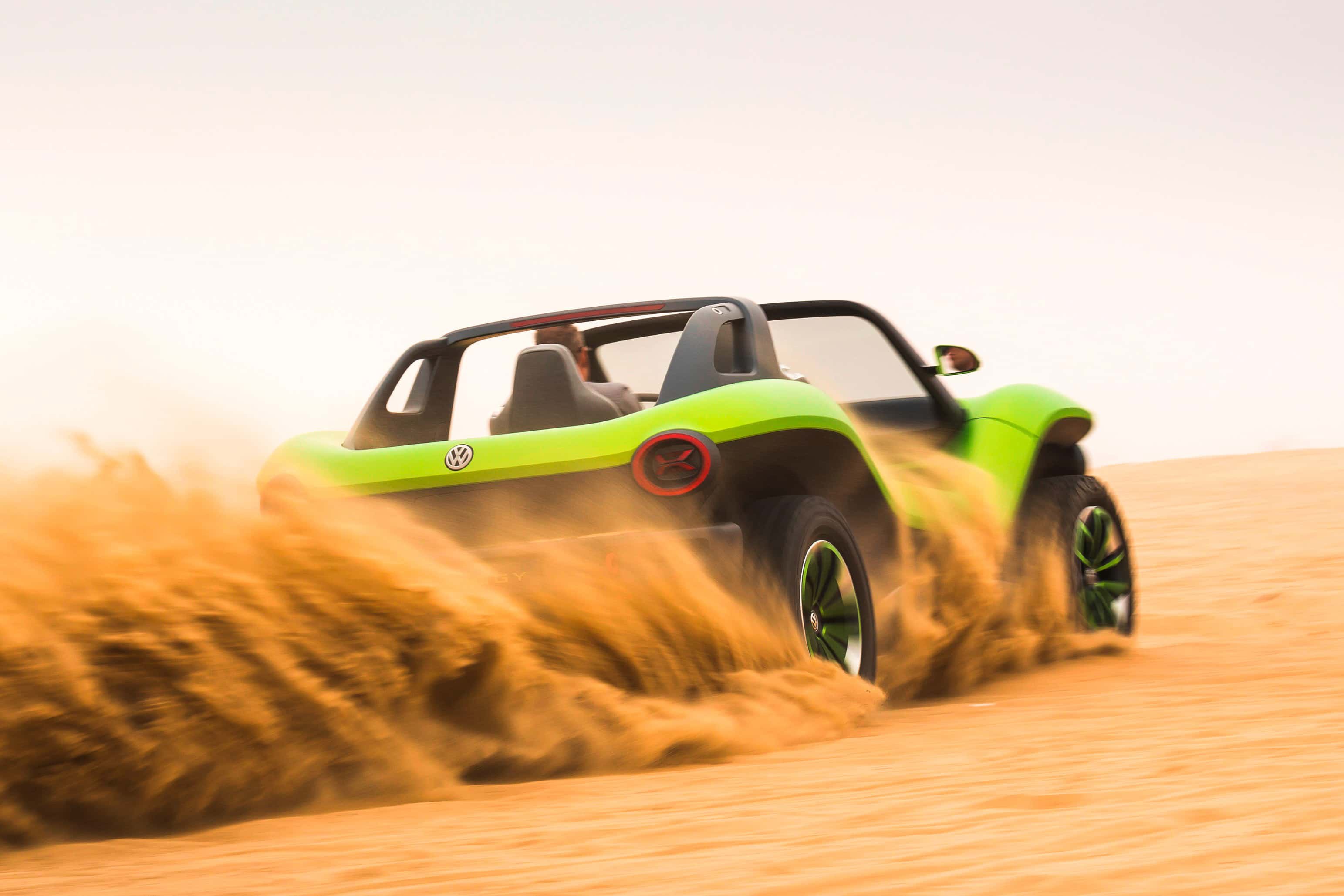 There are no doors, with the side instead dipping to make for easier access, and no roof. A detachable cover had been developed for the concept to protect from sun or rain. The eventual production version is likely to have a more secure detachable cover for the roof and sides. The minimalist interior makes extensive use of durable, waterproof materials, including waterproof cloth seats with drains at the bottom to ensure water does not pool in the seats.

Pretty much all the controls are built into the hexagonal steering wheel. A controller stalk on the side of the wheel is used to select drive and engage the handbrake. There is a small digital information screen located behind the wheel, but there is no built-in infotainment system as music can be played via Bluetooth through built-in speakers from a hand-held device.

There is no firm date for the I.D. Buggy to go into production, but it will likely only follow more mainstream I.D. concepts that have since been revealed.