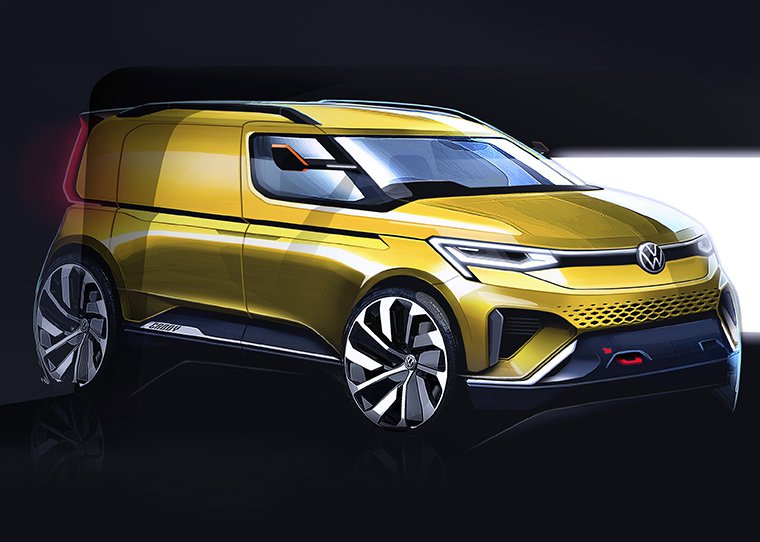 Volkswagen has revealed sketches of its upcoming new generation Caddy, with the van set to take on a revolutionary look. 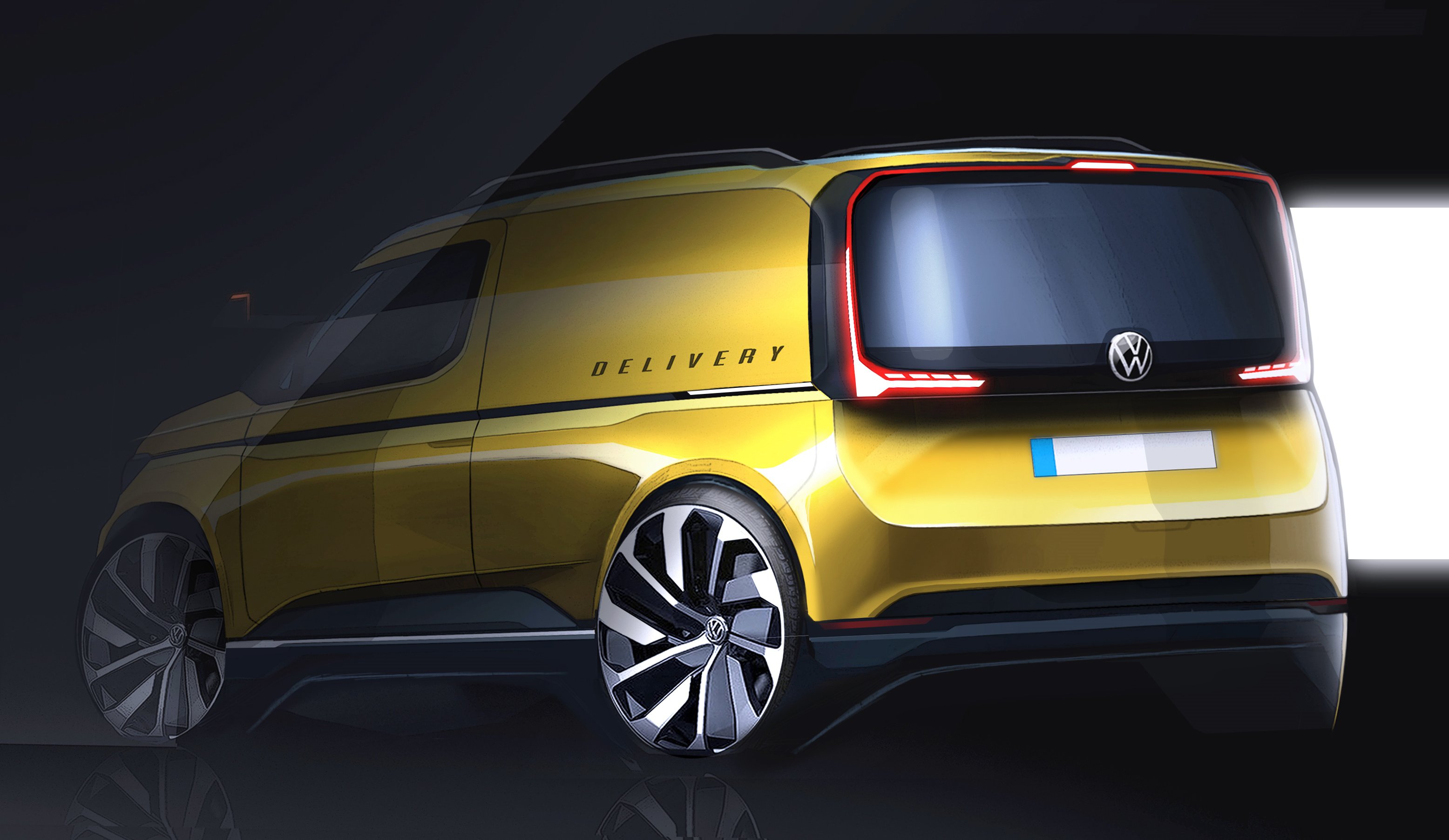 Shown here is the Cargo version of the new Caddy with several striking pointers to the actual full production panel van. Up front, the van features a fascia similar to that of the latest Golf – with a thin LED light bar stretching across sharp headlights and a drilled-like chin grille sitting underneath.

At the rear, what appears to be a large glass panel plays host to a connected tail light that outlines the whole section – save for a break in the lower segment where the badge sits. While these sketches show the ‘cargo’ version of the Caddy, it’s likely other variants may take on a different rear end design.

Silly-big alloy wheels are visible in the drawings too, though Volkswagen is keen to stress this is how the model ‘could’ look rather than a definitive final design, so expect more conventional alloys to feature on the final production vehicle.

Technical details about the new Caddy are yet to be confirmed, although Volkswagen has said this is a ‘100 per cent’ new model rather than an evolution of the existing van.

There is no word yet on when the Volkswagen Caddy will be revealed in the metal, aside from some point in 2020. The Geneva Motor Show in March could be a possible location for its full reveal.

Following a preview last month, Volkswagen has unveiled the refreshed...

The refined, grown up nature of the GTI TCR holds strong appeal in...