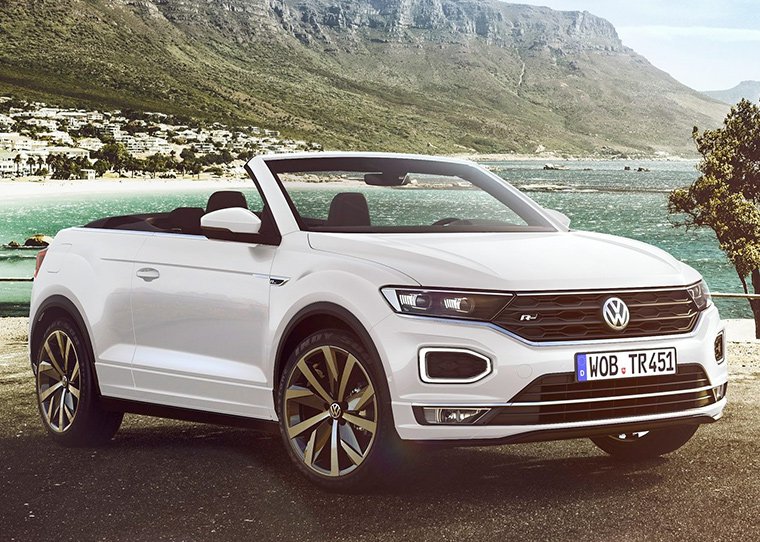 Volkswagen has revealed its new Volkswagen T-Roc Cabriolet, which will make its public debut at the 2019 Frankfurt Motor Show in September. 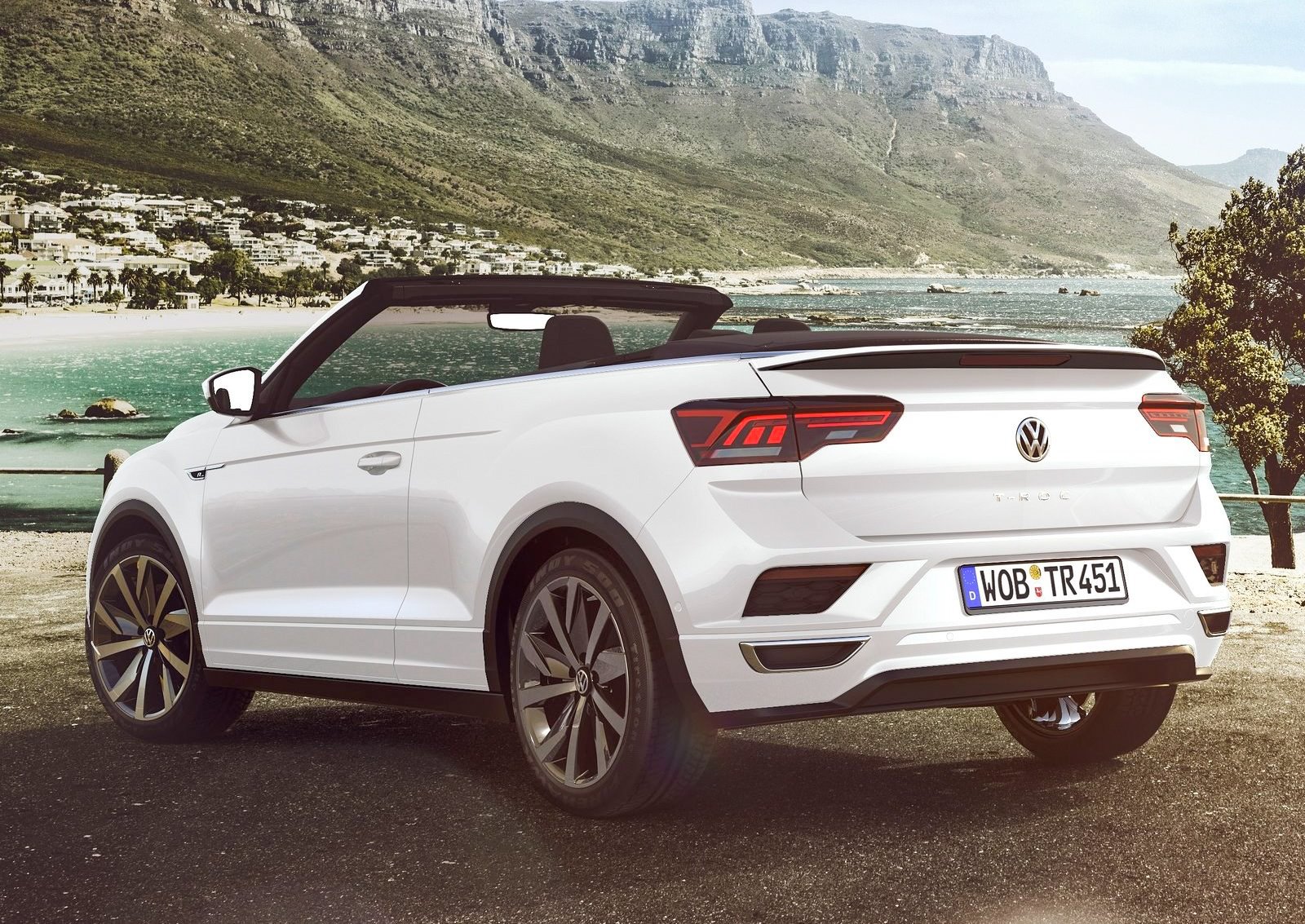 It’ll be available with a selection of the trim levels and engines from the standard T-Roc and is expected to go on UK sale in spring next year.

Despite being based on the standard SUV model, the T-Roc Cabriolet doesn’t share many body parts with it. Everything behind the front wheel arches is new, with a longer wheelbase. It’s lost its back doors and its B-pillar, and gained extra floor rigidity to make up for the lack of a metal roof. 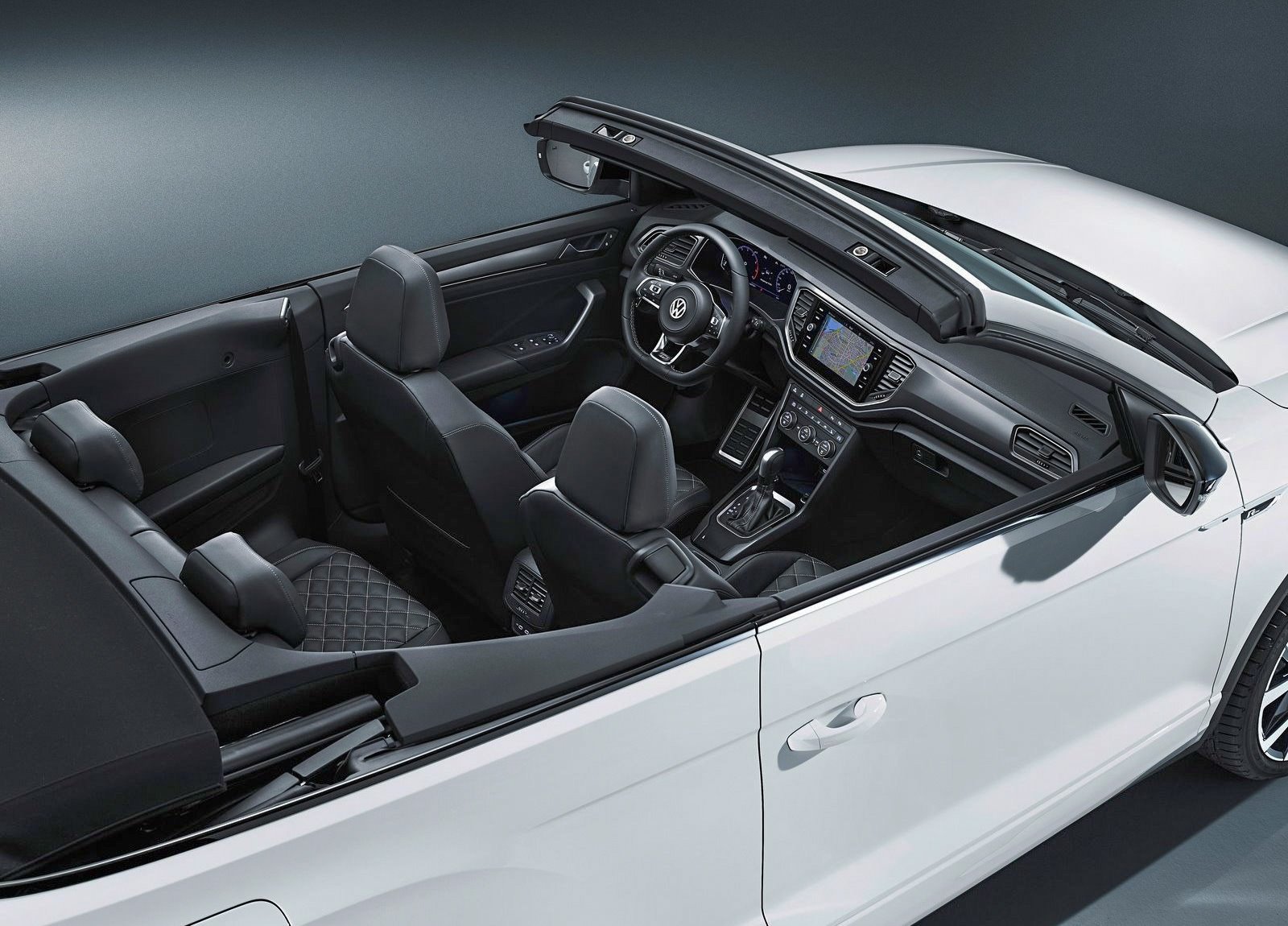 The T-Roc Cabrio will be available in Design and R-Line trim levels. Specs are yet to be revealed, but they’re likely to follow the existing models. In Design trim level, you get a choice of dashboard colours, ambient lighting, smartphone mirroring, adaptive cruise control and front and rear parking sensors. 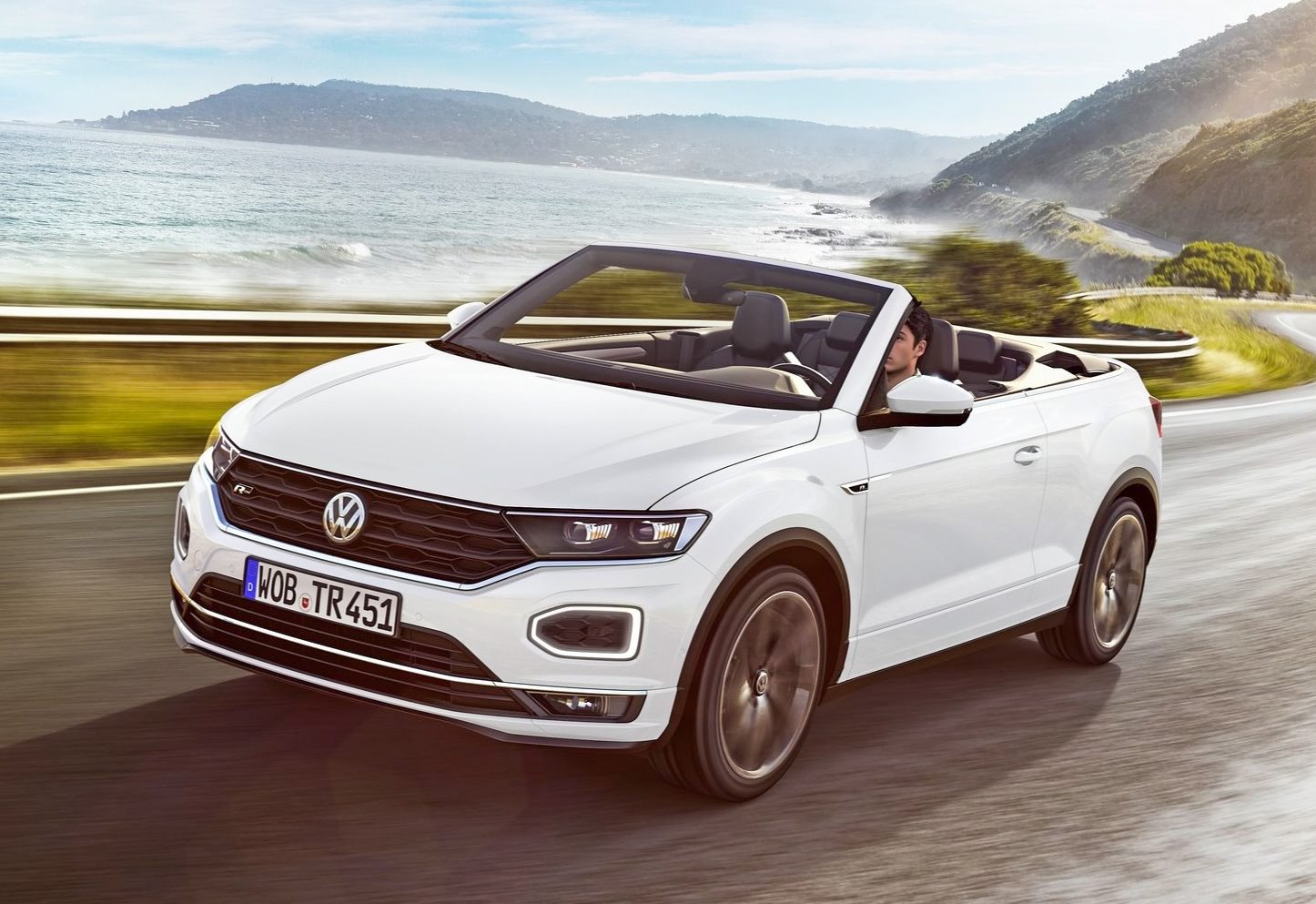 No performance or economy figures have been released yet, but the Cabriolet will be heavier than the T-Roc SUV, so it is expected to be less efficient than the standard car.

As you might expect, the convertible T-Roc loses some of its sister car’s practicality. The roof mechanism is hidden behind the bodywork next to the rear seats, so the rear seating can only accommodate two (small) passengers. Instead of a wide-opening tailgate, the boot will be accessed by a much smaller letterbox-type gap. There’s also less space in the boot with only 284 litres available; a reduction of 161 litres over the SUV version. 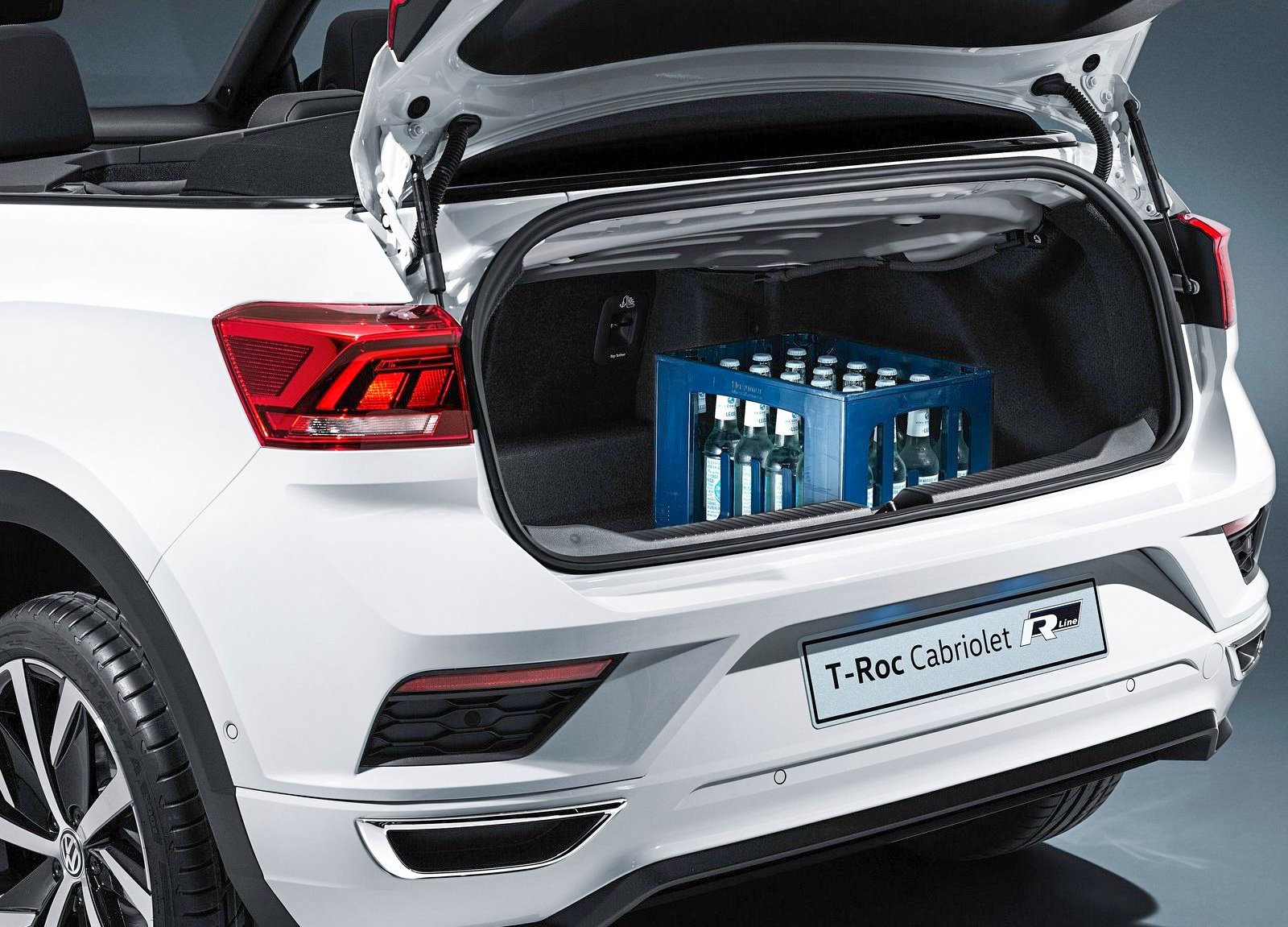 The fabric roof can be electronically opened or closed at speeds of up to 19mph, taking only nine seconds at the press of a button. The mechanism for the roof is taken from the old Volkswagen Golf Cabriolet – and is only available in black. 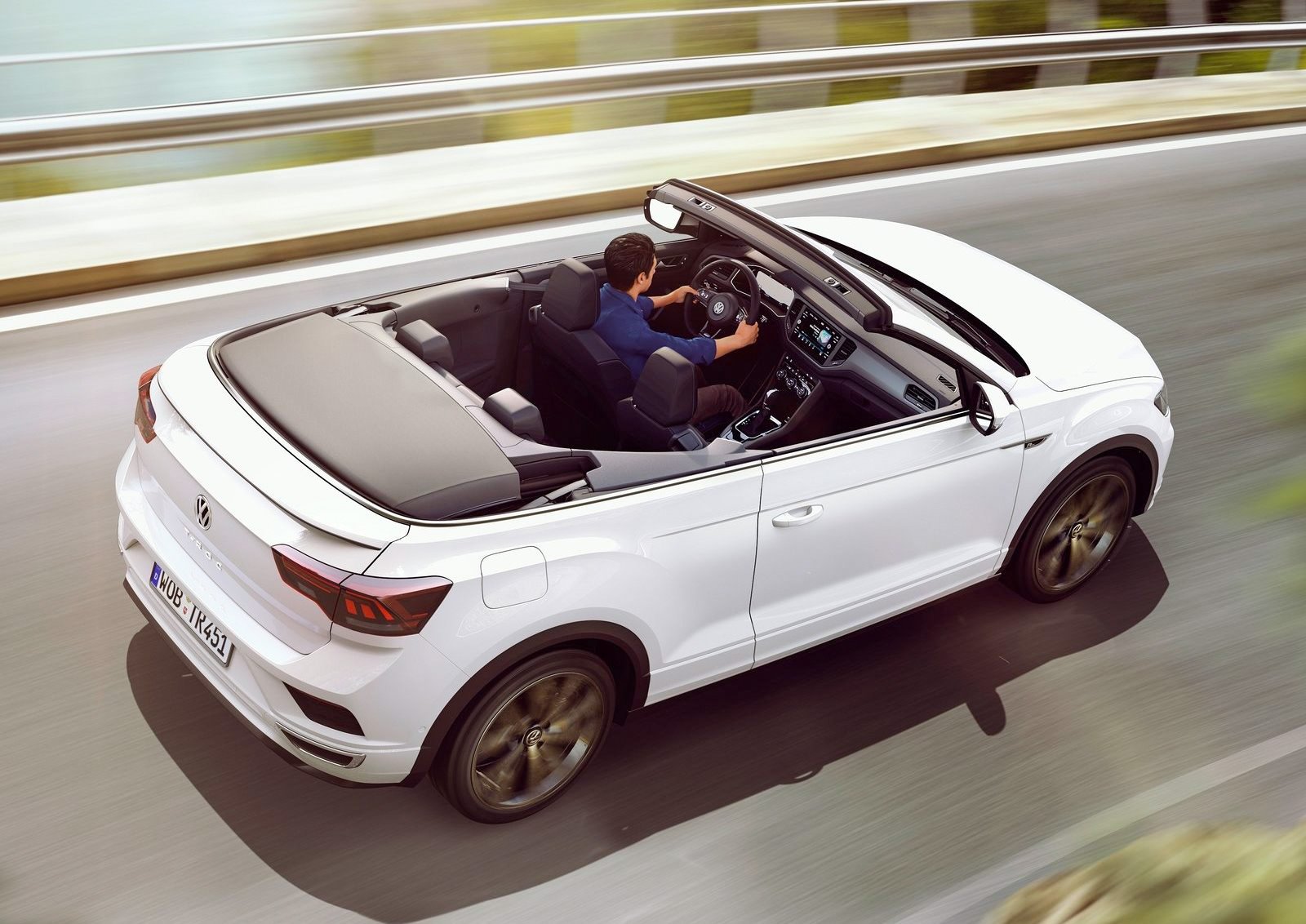 When it goes on sale next spring, the Volkswagen T-Roc Cabriolet will be VW’s first convertible model for two years. Convertible SUVs are few and far between, but Volkswagen is hoping it sells much better than the Range Rover Evoque Convertible, which was recently discontinued due to poor sales.

To register your interest in leasing the new Volkswagen T-Roc Cabriolet, ybridHplease call our friendly and helpful sales team on 0161 826 9716.

Offering more interior space thanks to as longer wheelbase, the...