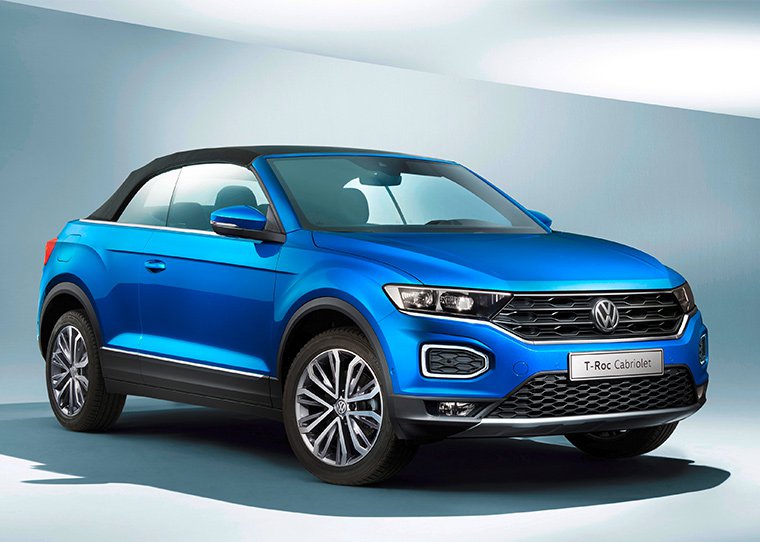 Order books for Volkswagen’s T-Roc Cabriolet – a soft convertible version of VW’s smaller family SUV – have now opened. Just two initial trim levels are available; the Design and R-Line specifications are shared with the five-door T-Roc. First deliveries are set to start in spring this year. 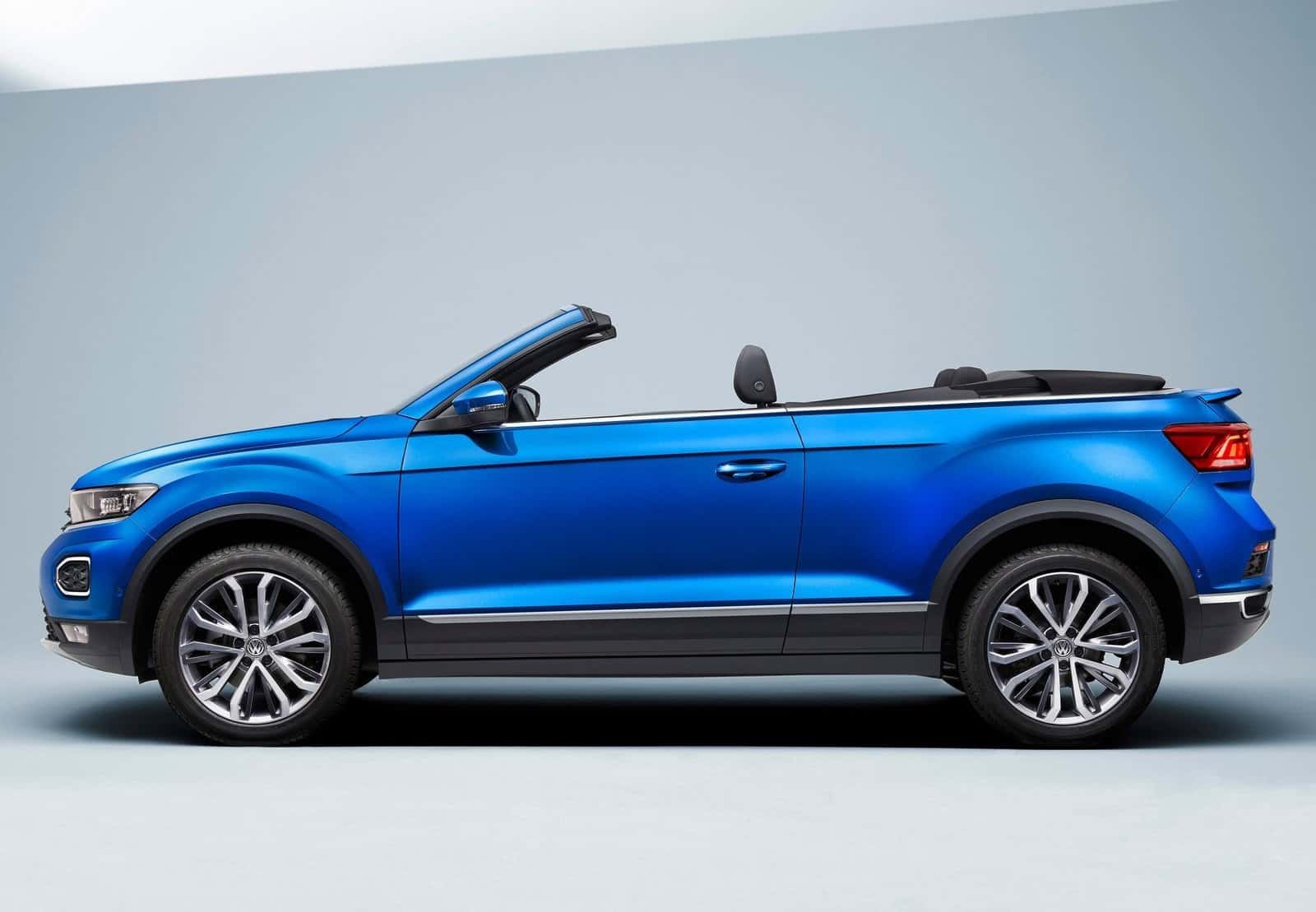 Said to be based on the standard SUV model, the T-Roc Cabriolet doesn’t share many body parts with it. Everything behind the front wheel arches is new, with a longer wheelbase. It’s lost its back doors and its B-pillar, and gained extra floor and sill strengthening to make up for the lack of a metal roof. 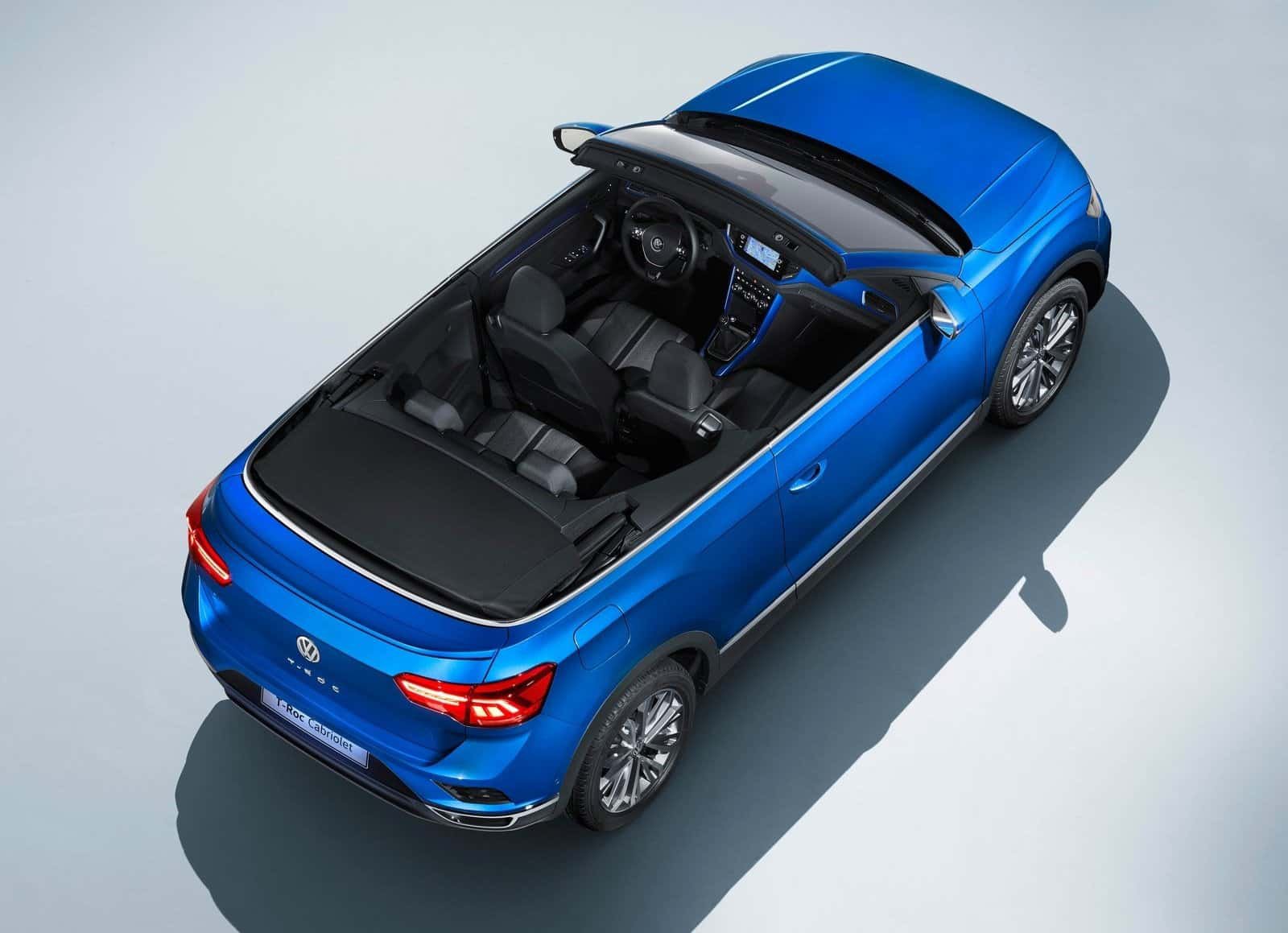 The engine line-up consists of two versions of VW’s turbocharged 1.0-litre petrol engine offered in two states of tune - 113hp and 148hp. Both versions are paired with a six-speed manual gearbox, with the more powerful 148hp version available with a seven-speed dual-clutch automatic gearbox, too.

As with nearly all two door convertibles, some practicality is lost in translation as is the case with the T-Roc. The roof mechanism is concealed behind the rear seats, so the rear seating can only accommodate two passengers. Instead of the wide-opening tailgate on the regular T-Roc, the Cabriolet’s boot will be accessed by a much smaller ‘letter-box’ type gap - and there’s less space in the boot too with only 284 litres available, which is a reduction of 161 litres over the SUV version. At the press of a button, the fabric roof can be opened (in 9 seconds) or closed (in 11 seconds) at road speeds of up to 19mph. The mechanism for the soft top is borrowed from the old Volkswagen Golf Cabriolet and is only available in black. Eight exterior paint colours are offered, with two new shades called Ivy Green and Smokey Grey, both unique to the convertible. Volkswagen T-Cross Review: dots every 'i' in its category

The T-Cross is Volkswagen’s first foray into the hotly contested small...