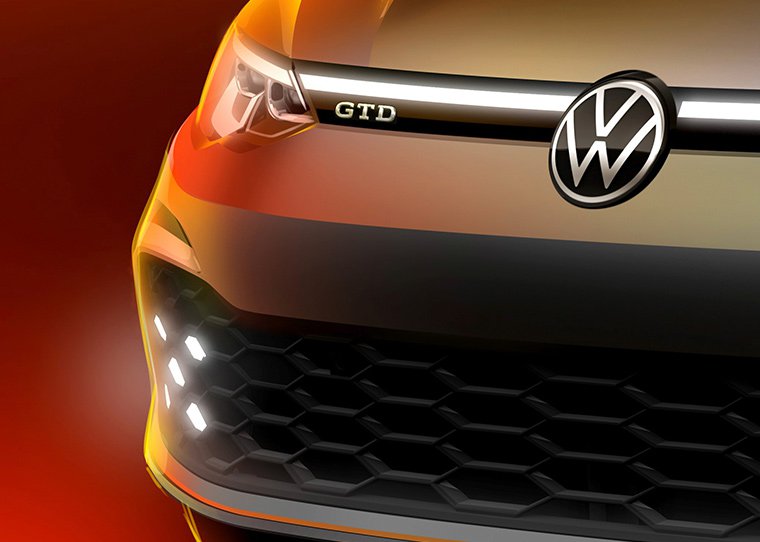 Rest assured – the diesel isn’t dead yet! Yes, the ‘GTD’ badge is less popular than the iconic GTI’, but the oil-burning hot hatch has been around for nearly as long as its petrol counterpart – the original GTI arrived in 1975, the GTD in 1982.

Next month, the Mk8 Golf GTD will celebrate its world debut at the Geneva Motor Show, accompanied by some rather bold claims: ‘cleanest turbo-diesel injection (TDI) engine ever to be installed in a Golf’, and the GTD will be powered by ‘one of the cleanest combustion engines in the world’. Volkswagen has made those promises in relation to the latest technologies deployed on the four-pot 2.0-litre TDI (EA 288 Evo) engine to make it less harmful to the environment. The only technical details revealed by the car manufacturer confirm that the new GTD will use the firm’s new SCR exhaust gas treatment system as seen on TDI versions of the latest Volkswagen Passat.

Readers may recall the video (below) recently posted by VW detailing the twin-dosing process and the implementation of two catalytic converters. The system uses AdBlue (an additive used to reduce harmful diesel emissions), which is injected directly into the catalytic converters in the exhaust system, helping to reduce the car’s NOx emissions by as much as 80%, compared to the previous generation of the four-cylinder diesel mill.

While VW isn’t saying how much power it will deliver in the new Golf GTD, a leaked slideshow from what must have been an internal presentation revealed an output of 147kW (around 197hp). If accurate, it represents a 16hp boost over the previous GTD. There’s no word about torque yet either, but the Golf GTD Mk7 had 380Nm from 1,750 rpm. It is not unreasonable to expect a torque of around 400Nm for the 2020 Golf GTD.

The teaser image released by the firm gives little away as to the styling of the new car, with only a pair of sporty looking fog lamps visible. Like the previous generation models, the new GTD will get broadly similar styling to the forthcoming GTI model with sportier looking front and rear bumpers, tinted rear lights, a rear spoiler and twin exhausts.

Details are also sketchy as to whether the Golf GTD will be available as an estate this time around, plus if there will again be both manual and DSG transmissions.

All will hopefully be revealed in Geneva next month as the new GTD undergoes its world premiere alongside the new GTI. Later this year, a scorching GTI TCR (Touring Car Racing) will arrive, followed shortly by the all-wheel drive Golf R. Exciting times.

Now standard in all Volkswagen models, an activated carbon filter...