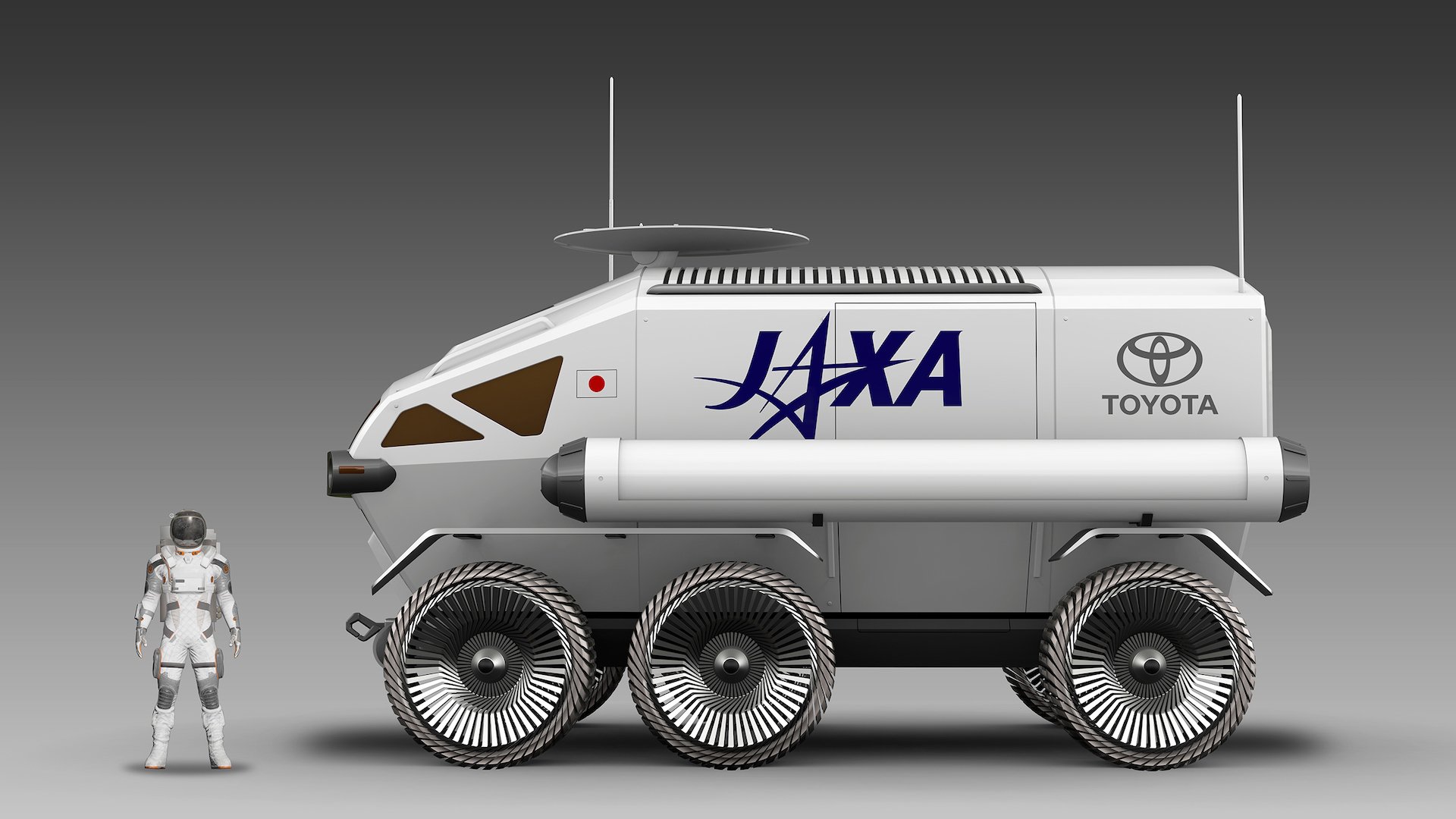 On 12 March, the Japan Aerospace Exploration Agency and Toyota Motor Corporation agreed to collaborate on a new and innovative space-exploration programme. The first project – a conceptual study – is a manned pressurised-rover, allowing astronauts to explore more of the moon’s surface and travel longer distances. The pressurisation means that it is possible to operate the rover without the need for space suits. The rover has an internal living-space of 13m³ and is capable of accommodating two people, with the ability to accommodate four in an emergency; it has a total length of 6 meters and a width of 5.2m, a roll-out-and-up solar array capable of recharging the batteries and harnessing the sun’s rays to power the vehicle. From the initial renders, the six-wheeled rover comes equipped with fully-functioning lights, front and rear. The rover will have an estimated range of 10,000 km: power will be supplied by a fuel cell, instead of being driven by standard batteries like the original NASA Rovers. A fuel cell gives a cleaner-emitting vehicle, only emitting water and surplus air. The moon is a complex environment for any vehicle to function on, having one-sixth of the Earth’s gravity, steep cliffs, craters and other complex terrains, together with cooler temperatures. Should ‘Aygo’ for the Toyota?

Say hello to the