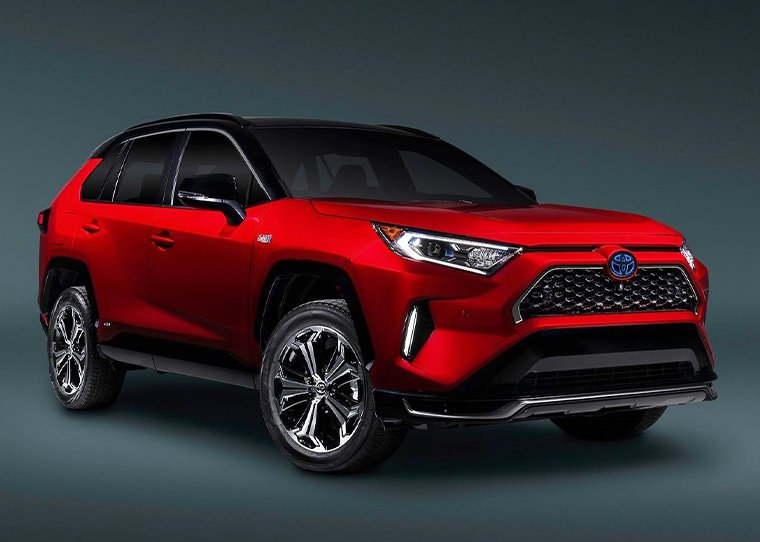 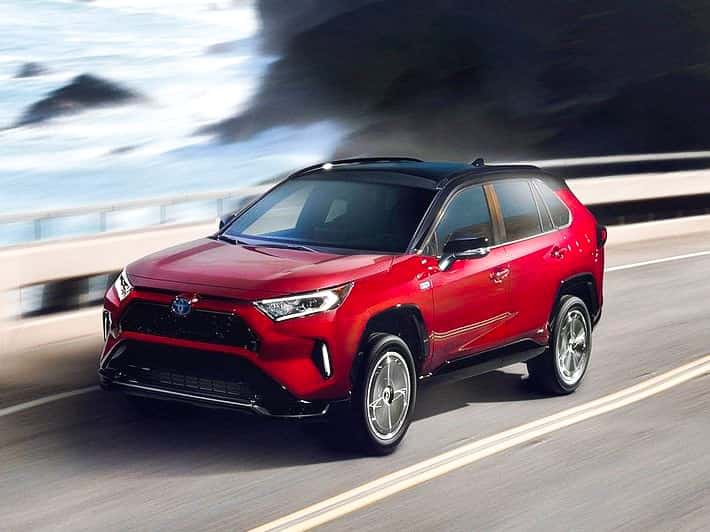 Toyota UK has confirmed a new plug-in hybrid version of the 302bhp Toyota RAV4 Prime will be joining the range next year. This version will come with a longer electric-only range compared to many of its rivals, such as the Peugeot 3008 Hybrid 4, Mitsubishi Outlander PHEV and the new Ford Kuga PHEV and is due for release in the UK mid 2020. 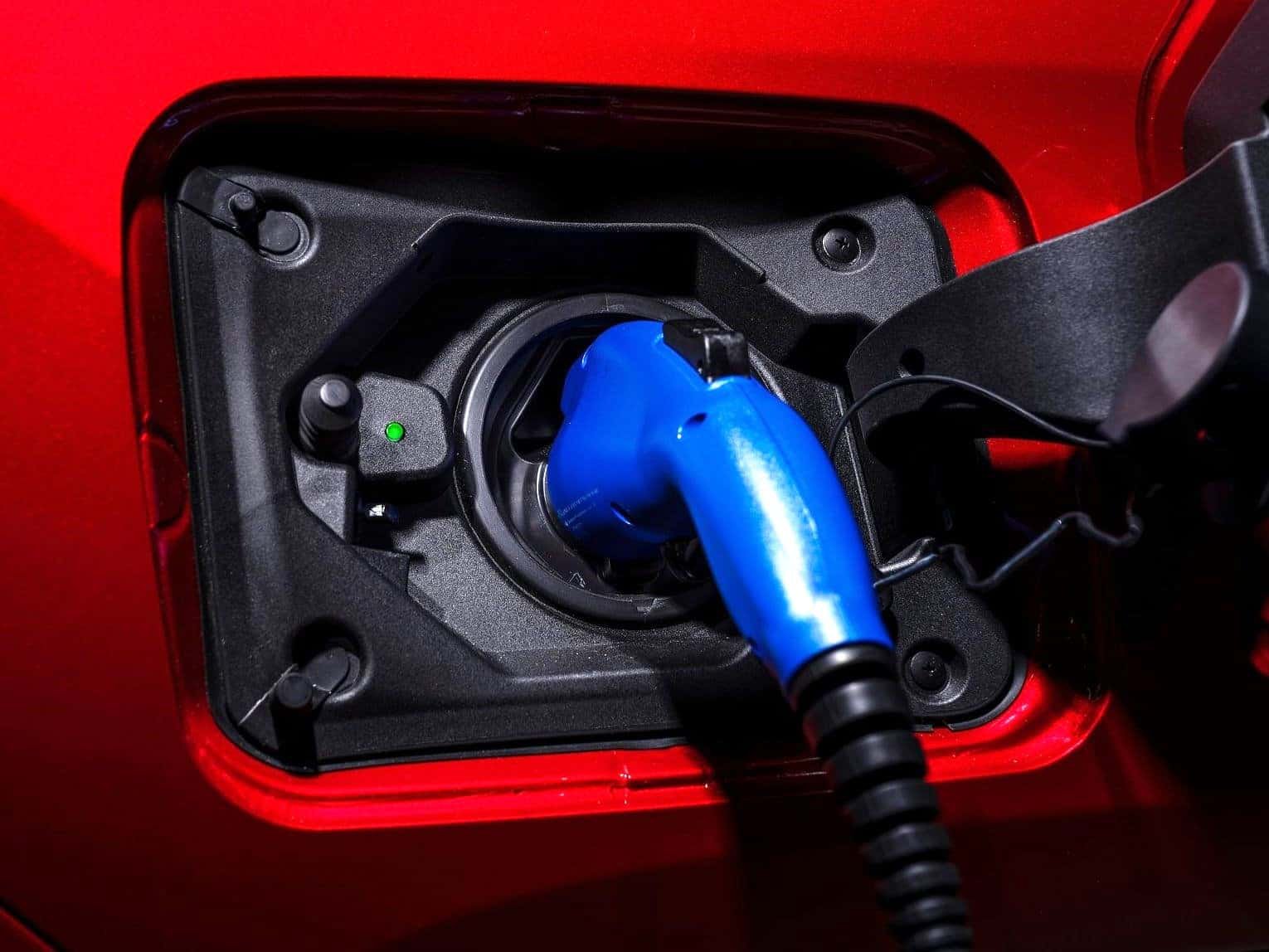 Powered by a 2.5 litre petrol engine, which is the same as a standard RAV4, the Prime model combines this with a higher capacity battery and more powerful electric motor that returns a targeted class-leading range of 37 miles on electric-only power. Toyota UK are yet to confirm any fuel economy figures. 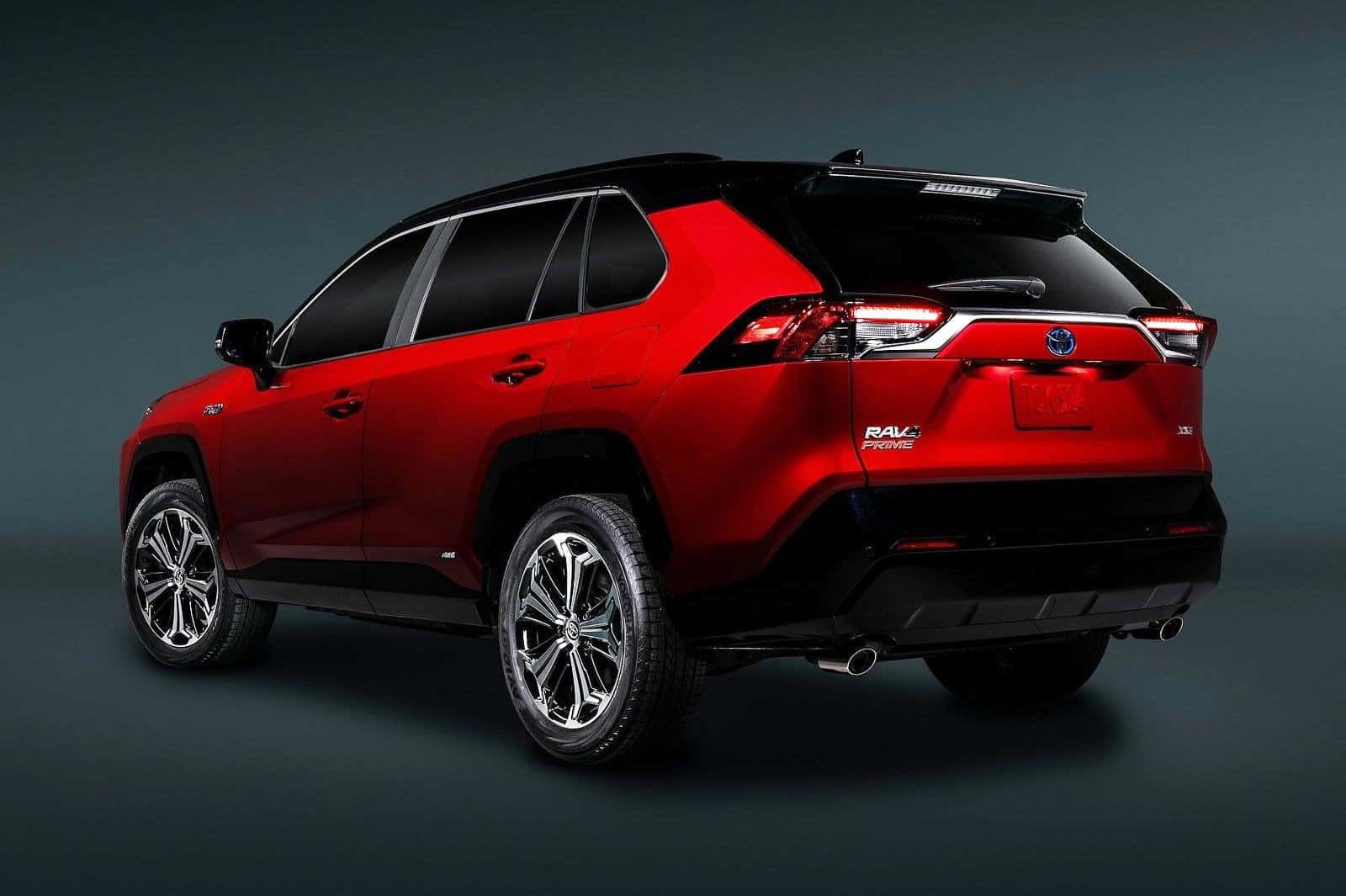 Combining the electric motor and petrol engine results in a total output of 302bhp, which is in the region of the power offered by the performance-focused Volkswagen T-Roc R. As a result, acceleration is similarly impressive, with the RAV4 Prime reaching 62mph in 6.2 seconds. Aside from the Toyota Supra, no other car in Toyota’s current UK line-up is as fast off the line. 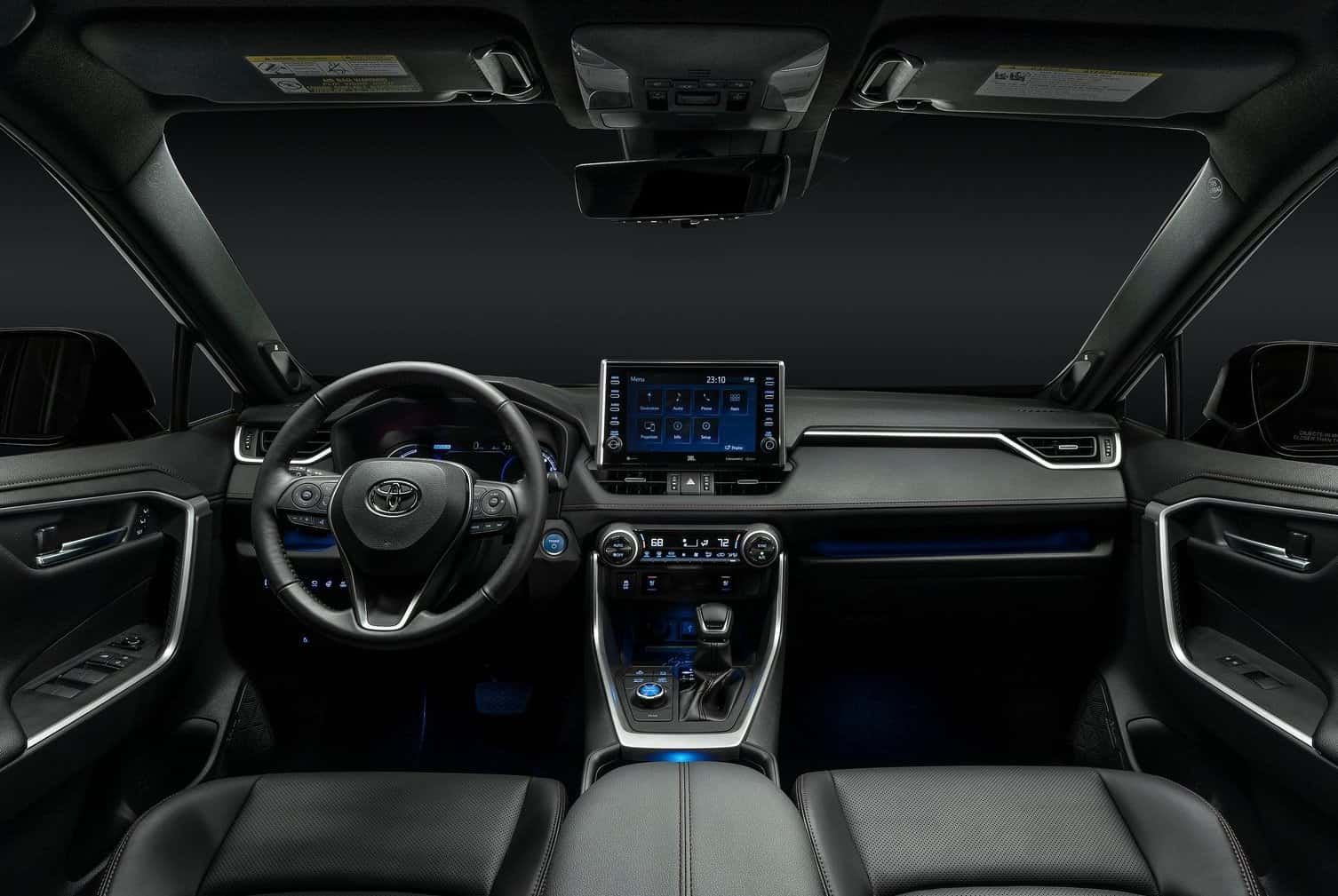 Toyota’s electric four-wheel-drive system features on the RAV4 plug-in hybrid. The system uses an electric motor per axle to power the wheels. Regenerative braking is fitted to scoop up the energy usually wasted in braking, and you can control the degree of energy recovery using two paddles behind the steering wheel. You won’t be able to drive using just the accelerator like you can in some fully electric cars, but the car’s electric range can be topped up while on the move. 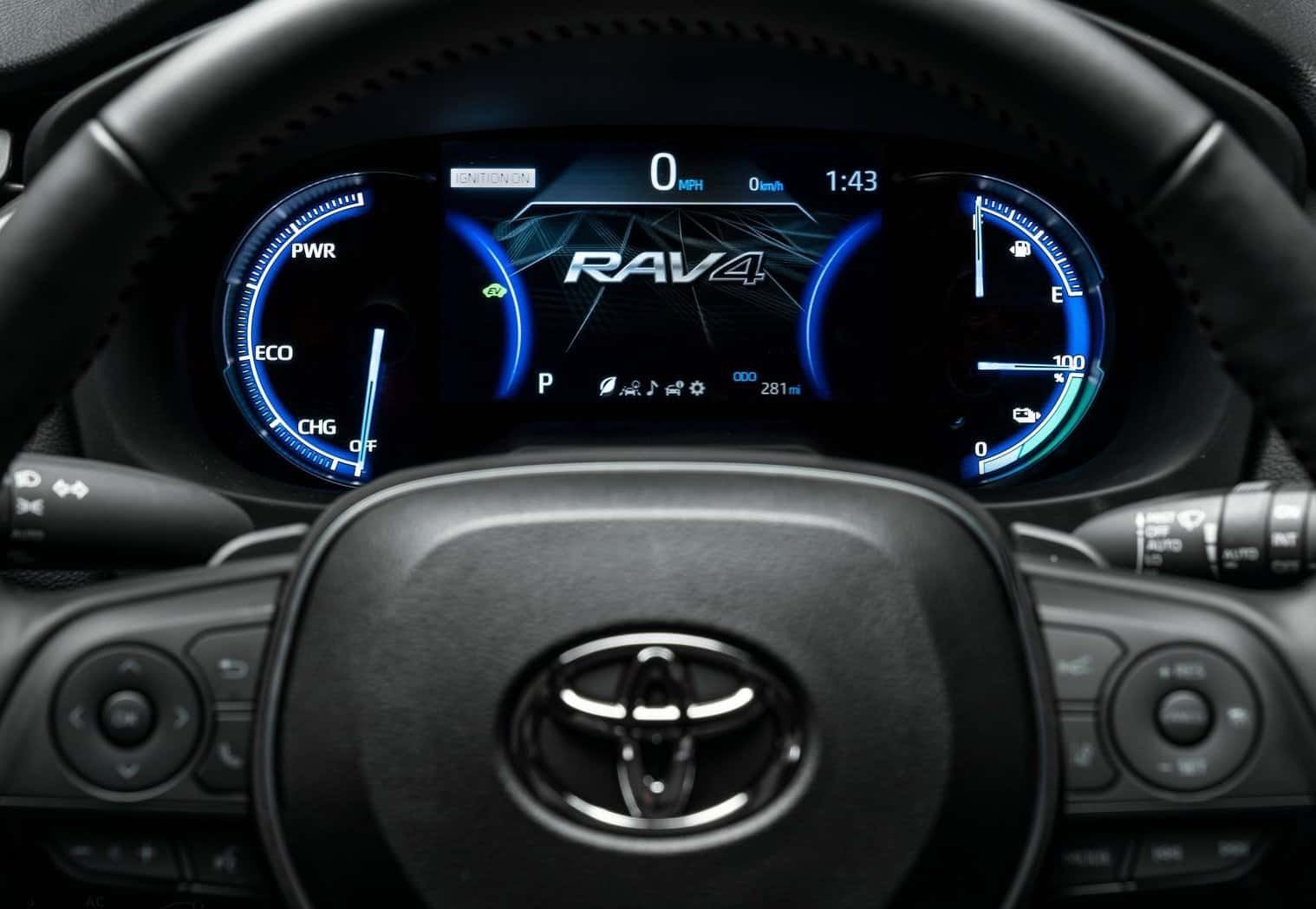 We’re yet to see UK techs and specs, but at the Los Angeles Motor Show it was revealed that cars destined for the American market will get power-adjustable and heated front seats, some leather upholstery and an eight-inch touchscreen infotainment system with Apple CarPlay, Android Auto and Amazon Alexa compatibility.