As massive fans of the BBC Programme, Top Gear, we thought we would enjoy our favourite show and give you our own thoughts while we watch it.

This week, the fab three, Paddy McGuiness, Freddie Flintoff and Chris Harris all got to pick their favourite supercars from the past 30 years – which perfectly coincides with our 30th anniversary!

Freddie chose an absolute classic 200mph supercar – the Jaguar XJ220. The car was originally brought to us in 1988 and was quite simply spectacular. While at the time it was considered a failure as it only achieved a top speed of 217 MPH and was only a two-wheel drive not the promised four-wheel drive – it was still the best example of British ingenuity.

Paddy chose the Lamborghini Diablo. With a V12 engine, it managed 0-70 in first gear alone! With 485 horsepower, it tops out at 202 MPH. This car has no mod cons like power steering – it's down to pure driving ability alone.

Chris Harris, a former racing driver so should know the best, chose the Ferrari F40 – the final car to be watched over by Enzo Ferrari. The F40 was the first ever road car to hit the illustrious 200MPH. The car had an incredibly light body but a huge amount of power. Described as "absolutely brutal to drive but sublime.” Put simply by Harris - it’s the greatest 200 MPH car of all time.

Armed with their classic sports cars – off they went on their challenge. However, Paddy had a slight problem – crashing on the way – for apparently no reason. That quickly spelt the end of the road for the ol' Diablo.

Meanwhile Freddie and Chris continued their merry way to Elvington airfield, Yorkshire, and were ready for a good old-fashioned drag race. While Paddy arrived with his tail between his legs at the shame of crashing such a beloved supercar – the others were buzzing.

The Ferrari absolutely stormed it. Its breath-taking to see such a thing of beauty fly down the airfield. Freddie meanwhile was living the absolute dream in his Jaguar and hit the 200MPH and it was phenomenal to see.

For us there was no single winner – all motoring enthusiasts were the winners getting to see these beautiful cars do what they do best – go fast!

So, then we moved to ‘crashed cars’. The three presenters were challenged to find the best cars that had been written off by an insurance company but could be bought for under £6K.

Paddy bagged himself a Porsche Cayman S, Freddie got a Maserati Quattroporte and Chris chose a Ford Focus RS.

The first test was to see which car could go the fastest in their current bashed up state without going off the track. The Porsche and Maserati were clearly battered but irrespective they still both flew down the airfield. The Porsche hit 141MPH and fell off the track so was out. The Maserati wasn’t far behind with 135.8MPH and also off the end. The Ford hit a measly 125MPH in comparison but kept on the runway so won the first challenge.

The next challenge saw the three guys head to the car park for a game of musical chairs. One busy car park – full but with enough spaces for one less than the number of cars playing.

Paddy was out first in the Porsche and then Chris was brutally pipped to the post of winning after an overly competitive Freddie pushed him out of the way, enabling him to bag the only space left. So, the Maserati won that round.

After a highly questionable makeover/fix it job – the three cars headed to North London for the final challenge. They were sent to Alexandra Palace to face the ‘Top Gear Wall of Death’ where they had to reach 50 MPH. The ‘Wall of Death’ is 1,060 tonnes of wood and steel, its 100 feet wide and as tall as a house. Ken Fox, the ultimate ‘Wall of Death’ driver, was on hand to offer some expert help which was much needed.

We had our hearts in our mouths watching Paddy in the Porsche. The suspension didn’t quite survive the experience but luckily Paddy did. The walls were bouncing for the Ford Focus RS on the ‘Wall of Death’ and the car was falling apart when it reached the 50MPH mark. The Maserati – clearly the most battered of the three cars - looked like it struggled to get on to the wall but seemed to get up to the top quicker although the amount of debris flying off the car was scary to see and the smoke was a clear sign to get off. The declared winner was the Porsche but to be perfectly honest – all three presenters were the winners for simply surviving that hair-raising challenge!

That was the end of another brilliant show. We loved this episode and we can’t to see what next week brings!

To wrap up – we thought we would ask three of our dream team what their choice of Supercars would be. Craig chose the McLaren F1. He said “It completely re-wrote the rules on supercars, with its sleek design, central driving position and lack of stupid wings in street form, the LT (Long Tail) variant was equally stunning in Le Mans spec and they sound something else.... oh and Gordan Murray was involved enough said!” 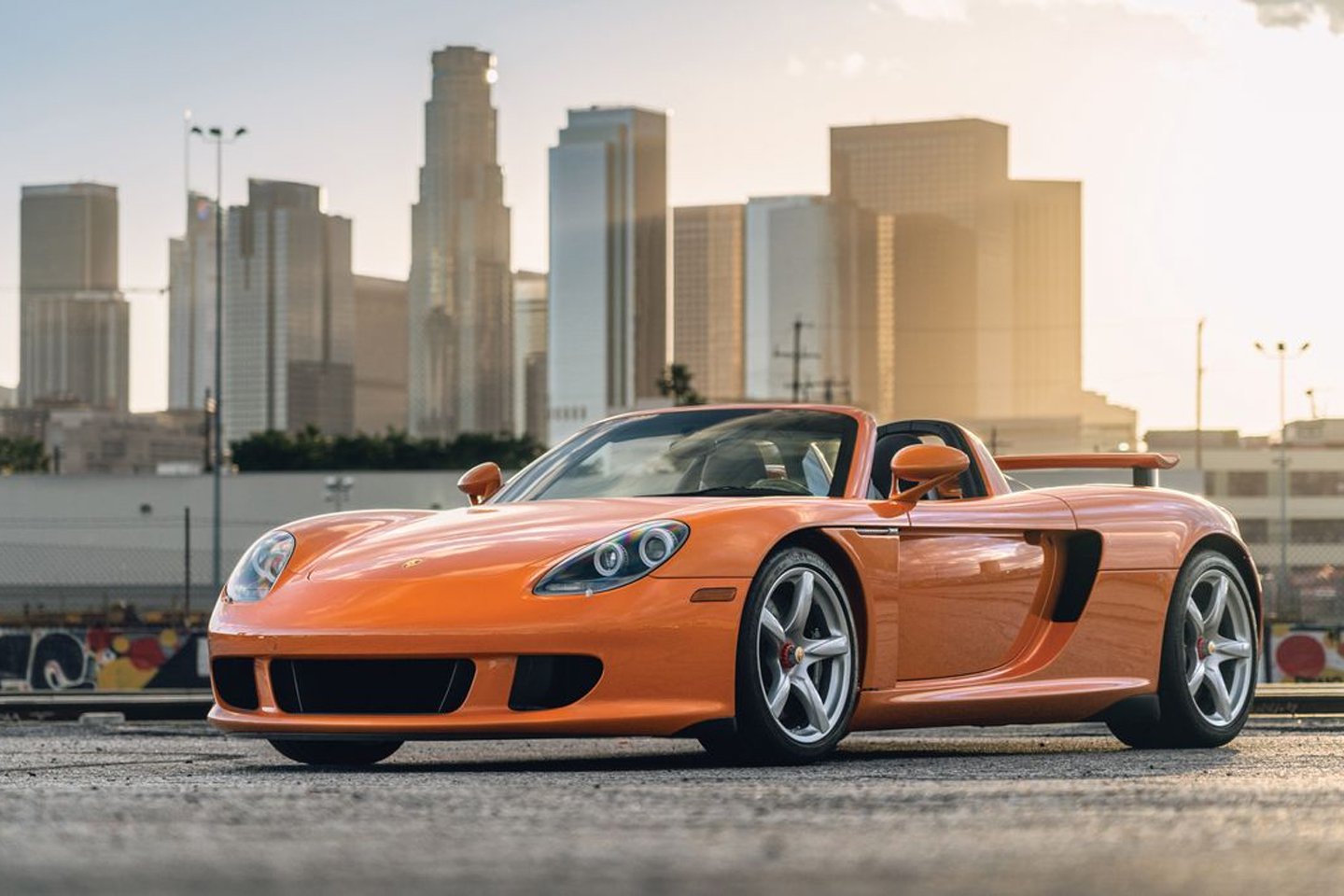 Harrison went for the Porsche Carrera GT. Harrison said: “There was a run of only 1,270 vehicles so already feels special. It has a 5.5 litre V10 which was designed to be a track only engine but then they increased it to 5.7 litres for the ‘normal’ car. It also had the world’s first carbon ceramic clutch. Simply an incredible car!” 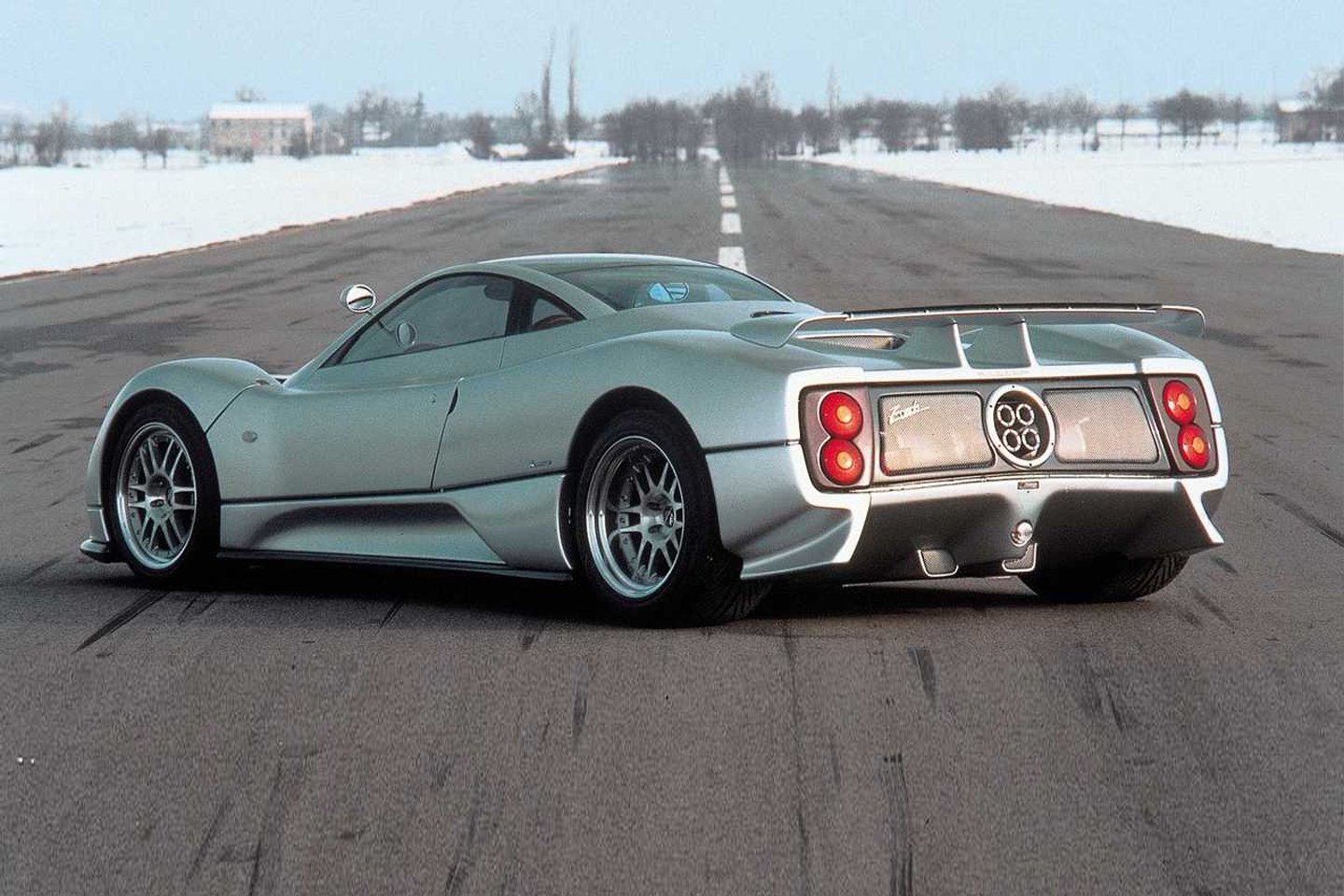 Sam went for the Pagani Zonda. He said: “My choice is purely based on looks. I remember the first time I saw this on a racing game and was blown away by its exaggerated design and over the top quad exhaust. It was also one of the cars that started an interest in cars when I was younger. Mind-blowing.”

So this is what some of our team chose – let us know your favourite supercar of the last 30 years!