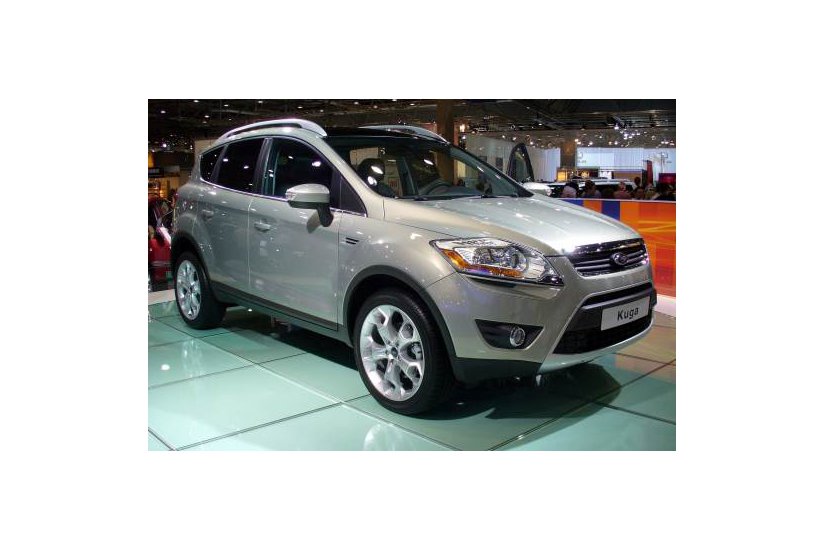 The New Ford Kuga: What Do The Reviews Say?

The Ford Kuga (not to be mistaken for a past model in Ford's line-up, the Ford Cougar) was first launched in 2008 as a response to SUV's such as the Nissan Qashqai and the Volkswagen Tiguan. Like many cars within this sector, the Kuga is a high-riding crossover vehicle that can be equipped with four-wheel drive, while retaining a more traditional driving feel. The all-new Ford Kuga, introduced in 2013, made headlines after it won the Euro NCAP award for SUVs. This 5-star rating means it is the safest vehicle in its class - something of great significance for a car likely to be used as family transport. You don't have to take our word for it, though, as we have rounded-up summaries of what the motoring experts have had to say about the latest Ford Kuga model.

The mid-sized SUV sector has become an incredibly competitive market but CarBuyer still had plenty of good things to say about the Ford Kuga, describing it as a "solid option for SUV buyers" and noting that it was especially successful when fitted with one of the two diesel engine options. Despite its size, CarBuyer mention that when a Kuga fitted with the 2.0 litre, 140bhp diesel engine and a two-wheel drive layout, it can return 53.3mpg and owners will have to pay just £130 annual road tax. Whether petrol or diesel, CarBuyer praised the supple suspension, quiet ride and the car-like driving characteristics. CarBuyer is particularly impressed with the latest model, which offers larger boot space and more room for passengers in the back, with a dramatically improved interior and more standard equipment than the model it replaced.

Although Parkers admit that the latest Ford Kuga model "lacks the chunky looks of many of its off-road rivals", this is compensated by the driving experience and handling, which they describe as "one area the Kuga excels." Inside the car, Parkers mention that the "well put together" interior has put the car far closer to competition from the likes of the VW Tiguan and Toyota Rav4. Not only is the Ford Kuga considered a great deal as a family car, it also "handles like a sporty hatchback and averages good fuel economy", too.

WhatCar has mixed feelings about the Ford Kuga, who say that it is "likeable, but flawed." Positives include the "smooth and responsive" performance from the 2.0-litre, 161bhp diesel and the "free-revving and economical" 1.6-litre turbocharged Ecoboost petrol model. Unlike some other reviewers, WhatCar feels that the Ford Kuga "isn't the sharpest handling car in its class", but admitted that it was "relaxing and confidence-inspiring nonetheless".

Inside the car, the Kuga offers generous amounts of passenger legroom and headroom and offers good driver visibility.

Going against the grain, Top Gear were fans of the "playful" first generation Ford Kuga although admit that the new Kuga is cheaper, safer and roomier. The aforementioned safety equipment includes lane assist, ESP (electronic stability program) and can be fitted with Ford Active City Stop, a collision-detecting sensor which helps avoid accidents at low speeds and EPAS (electric power-assisted steering), which improves fuel economy, manoeuvrability and steering feel at varying speeds. Inside the car, Top Gear describe the dashboard as "smarter, if also rather fiddlier" but admires the roomy boot and the ability for the rear seats to recline to offer passengers a more relaxed position. The new Kuga may have "grown up and bought some proper trousers" compared to the "rebellious" original but Top Gear still gave the Ford Kuga an impressive seven out of ten verdict.

You may be spoiled for choice if you are looking for a mid-sized SUV, but the Ford Kuga offers a great all-round package even in the face of more expensive alternatives. Could leasing a Ford Kuga be for you? Take a look at the models available from Leasing Options.

Sitting pretty as one of the top three automakers in the world, have y...

No we’re not talking about little starter companies making off the rad...