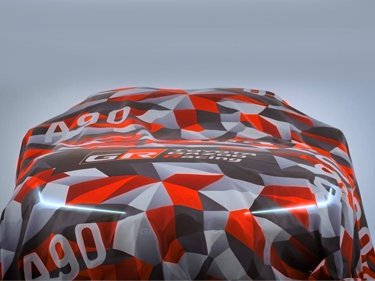 The New 2020 Toyota Supra: everything we know

Any avid follower of car news will be aware of the partnership between BMW and Toyota. The idea being that they could share technologies and build cars which share a platform, saving costs to enable the continuation of some more niche models.

From this partnership, the new BMW Z4 and the upcoming Toyota Supra have been born. The BMW is out there in the public eye and the production build has been confirmed and exhibited.

The Toyota Supra however, has been held very closely to the chest for quite a while. A legendary car – even before the features in movies like The Fast and the Furious – it has a cult following globally which is hotly anticipating this return to the Toyota brand.

Supra has been displayed at a number of big events, like the Goodwood Festival of Speed in July last year; however, ONLY in FULL CAMO and at Geneva, but in a racing concept. Both of the models shown were designed to mask what the production body would eventually look like.

Last week it all changed, as on the 11th January a video was leaked in Mexico of the first trailer, fully showing off the exterior of the all new supra.

Then there was a second leak – only three days later – that came merely hours before the official debut. Now Toyota have release full specifications and details of the new car, including a full view of the interior. There were two versions of the car on display including a red version that looks like it could most likely be the poster version and signature colour and a grey version (which is admittedly our favorite at LO HQ).

The back of the Supra seems to be an opinion splitter in our office, some people don’t like the ducktail spoiler but others love it!

One of the most interesting things we’ve spotted is the interior coming with strong influence/adaption from BMW with the current shots of screen design being identical and the gear shift being from BMW too.

There will be three levels of performance available, starting with a 2.0-litre turbo-four with 197 PS (194 hp). The second options is the same engine tuned to 258 PS (254 hp). The final options will be a 3.0-litre turbocharged inline six-cylinder, producing 335 horsepower (340 PS)! The 0.60 is estimated at 4.1 seconds, which would make it Toyota’s fastest production car ever.

Given the choice between the two, would you rather the BMW Z4 Convertible or the Toyota Supra Hard Top?