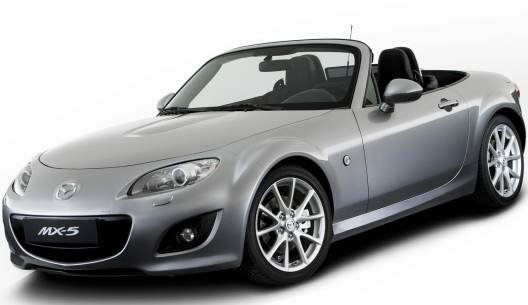 The MX-5 ready for the next generation of drivers

So far, during events in Spain and Japan, Mazda have provided glimpses of the new chassis and are going to reveal the model in America where the car is being released under the name Miata. The new Roadster has been built in conjunction with Fiat group, which AHS lead to rumours around a new Alfa Romero being designed and released.

The MX-5 has captured the heart of the driving populous due to Mazda’s ability to give people a car that is a true joy to drive but at a reasonable price. According to the president of Mazda Motor Europe, this latest version “is the product that best epitomises Mazda’s convention defying spirit and our love of driving”.

Although we are promised a true MX-5 in terms of the driving control and style of the car, Mazda have considered putting a diesel engine in one of their cars for the first time to aid with their fuel efficiency targets. However the car is most likely going to be fitted with the a pair of more economical naturally-aspirated four-cylinder SKYACTIV petrol engines, one a 1.5-litre unit and the other a 2.0-litre, which will produce around 130bhp and 165bhp respectively. This is due to Mazda’s primary focus at the moment is all about weight saving and reducing CO2 emissions via the SkyActiv technology used by Fiat group currently.

Official partner for the Manchester Golf Show, Mazda, to focus on golf...

We have a number of vacancies coming available due to business growth...

Take a look at some of the brilliant new vehicles you could lease in 2...