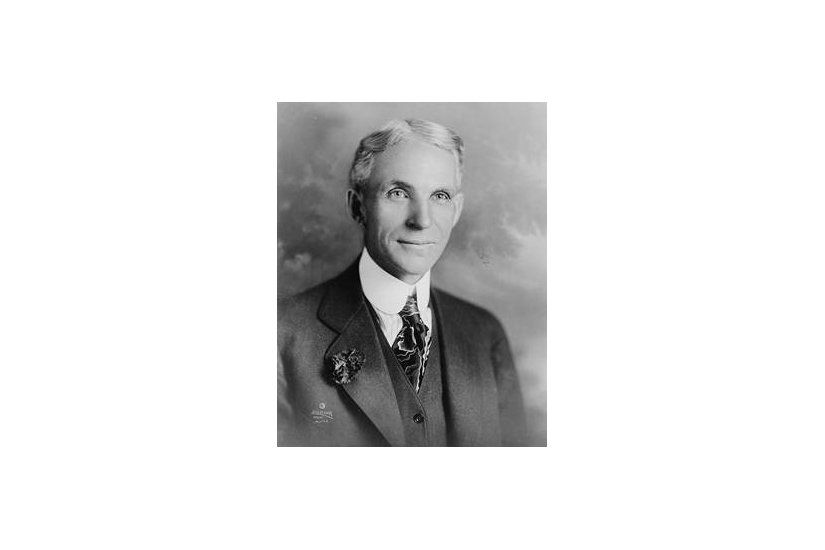 In March of 1902, after conflicting with his financial backers, Ford parted ways with his former business partners with nothing but a few hundred dollars and the rights to his name. And on the 16th of June 1903, Ford was back, but this time with 12 new financial investors and 51% of the Ford Motor company, divided between himself and Alexander Y. Malcomson, under his belt. Ford soon took over the role of presidency after the demise of the existing president John S. Gray, in 1906. Under the govern of Henry Ford, the Ford Motor Company single handedly revolutionised the car manufacturing trade.

After spending the early years of the company producing makeshift models to compete with rival car companies, in 1908 Ford came up with the concept of Model T. Unknowingly he had just paved the company’s path to prosperity, for decades to come. With two forward gears, a 20 horsepower engine and no driver doors Ford sold 18,000 Model T’s in just its first year of production. And since the demand for Model T rose remarkably, production had to be re-located to the much larger Highland Park Plant, cumulating their yearly output to 170,211 by 1912.

Model T’s success wasn’t just due to its specifications, before Model T; cars were seen as the rich man’s plaything that required chauffeur’s, due to their complex over-mechanical nature, but Ford had just created a social upheaval by introducing the first ever simple and affordable car that wasn’t out of reach for the average working-class American. Even Ford’s own factory employees could afford the Model T with no more than just four months of their pay. Ford was a pioneer in compassion toward employees; he introduced generous labour practices and opened his factory door to the disabled who were deemed unworthy to work by other companies. In 1913, Ford introduced the first ever assembly line and transformed the world of motor production by reducing the assembly time from the painfully slow and costly 12.5 hours, to just 2 hours and 40 minutes.

This increase in efficiency boosted the output to 202,667 units a year and by 1920, output had expanded to over one million units being produced a year. By the end of 1919, Ford was producing 50 per cent of all cars in the US and 40 per cent of all British cars. There you have it; the secret to Ford’s success was his innovative mind as well as his compassionate heart and undeterrable drive. Fast forward 150 years and we at Leasing Options are proud to have a wide range of Ford car models, everything from a Ford Mondeo to a Ford Fiesta, available to you whether it is for a business car lease or a personal car lease. Call us today on 0161 826 3766 and a member of our friendly team will be on hand to help you with any queries you may have.

No we’re not talking about little starter companies making off the rad...

Thinking of buying a new car? Why buy when you can use the more inexpe...