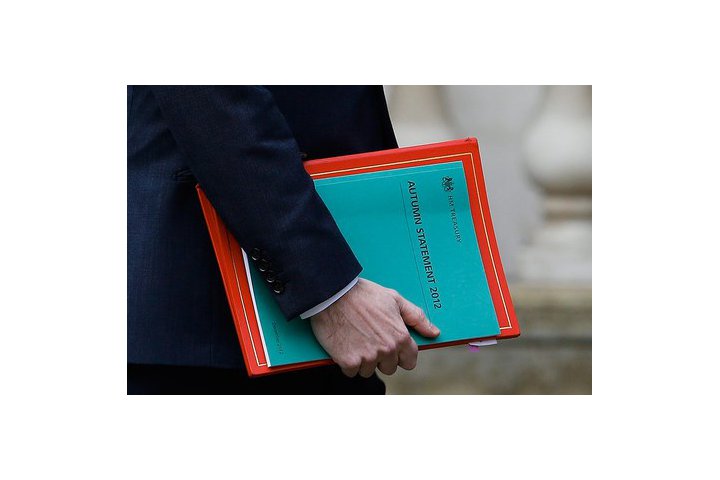 The Autumn Statement - how is motoring affected?

Chancellor of the Exchequer Philip Hammond delivered his first and last Autumn Statement in the House of Commons yesterday as he abolished the annual ritual. The Spring Budget next year will also be scrapped and both will replaced by an Autumn Budget and Spring statement in an attempt to reduce the number of tax changes made throughout the year. Explaining that “no other major economy made hundreds of tax changes twice a year,” the altered calendar also means that any rule changes will now be announced well in advance of the start of the tax year.

With Vehicle Excise Duty rates set to change in April there is already plenty of upheaval on the horizon for Britain's motorists, but what did this statement bring? Below is a summary of the changes which could affect you.

The government has bowed to fleet industry lobbying from the likes of ACFO and the British Vehicle Rental and Leasing Association and given a partial exemption to ultra-low emission vehicles under changes to salary sacrifice rules.

Furthermore, following a consultation on limiting the range of benefits that attract income tax and National Insurance contribution advantages when provided as part of salary sacrifice schemes, existing arrangements for cars will remain protected under ‘grandfathering rights’ until April 2021.

The Chancellor said: “Following consultation, the tax and employer National Insurance advantages of salary sacrifice schemes will be removed from April 2017, except for arrangements relating to pensions (including advice), childcare, cycle to work and ultra-low emission cars.

The government has confirmed that the threshold for ultra-low emission cars for salary sacrifice purposes will be up to 75g/km CO2.

As a result of the Chancellor’s announcement, salary sacrifice schemes will be subject to the same tax as cash income as announced in the consultation document, which was published in August. However, there was no mention in the Autumn Statement documentation as to whether the new salary sacrifice rules would also apply to cash allowances.

The Chancellor said: “To promote fairness and broaden the tax base, the government will phase out the tax advantages of salary sacrifice arrangements.”

It is expected that, as outlined in the consultation document, employees’ tax will be aligned to the greater of the taxable value of the company car or the cash alternative (salary sacrifice/cash allowance) if their contract of employment stipulates the option. If an employee’s contract stipulates their entitlement to a company car only then the new rules do not apply.

To provide stronger incentives for fleets to operate ultra-low emission cars and employees to choose them as company cars, the Chancellor has announced changes to benefit-in-kind tax from 2020/21.

However, the small print of the Autumn Statement document would appear to indicate that benefit-in-kind tax rates on ultra-low emission cars will be slashed when compared to those for 2019/20, which are already known.

However, the Autumn Statement revealed that the appropriate percentages for zero emissions cars would be 2%, effectively signalling a reduction of 14 percentage points in the tax rate for such cars.

In addition, following a consultation document published in August, the Autumn Statement suggested that benefit-in-kind tax thresholds for cars with CO2 emissions between 1-50g/km would vary between 2% and 14% depending on the number of zero emission miles a car can travel. The full details of tax and mileage thresholds have yet to be confirmed.

The Autumn Statement also confirmed that the appropriate percentages on cars with emissions above 90g/km would increase by one percentage point up to a maximum of 37%. However, that raises questions as to what the tax rate will be for cars in the 51-89 CO2 bracket. It also requires a realignment of existing and long-established emission thresholds, which from 76-94 g/km rise in 5g/km intervals from 95g/km.

Employees who are in receipt of company-funded fuel used privately will see their benefit-in-kind tax bills rise from April 6, 2017.

There will be a two-year 100% first year allowance for companies who install electric vehicle charge-points, introduced from today (November 23) until March 2019‎. That, said the Chancellor, would allow companies to deduct the cost of the charge-point from their pre-tax profits each year‎.

The Chancellor announced that fuel duty would be frozen in 2017 for the seventh successive year, saving the average car driver £130 a year and the average van driver £350.

He said it was a “tax cut” worth £850 million next year, and meant the current fuel duty freeze was the longest for 40 years.

Explaining why he was continuing the fuel duty freeze, Mr Hammond said: “The oil price has risen by more than 60% since January; and sterling has declined by 15% against the dollar.

That means significant pressure on prices at the pump here in Britain.”

Major additional investment in improving Britain’s road network and alleviating congestion has been announced with the creation of a £23 billion National Productivity Investment Fund.

The small print in the Autumn Statement documents highlighted that £2.6 billion would be spent to tackle congestion and ensure the UK’s transport networks were fit for the future. The spending plans include:

Insurance Premium Tax will increase from the current 10% to 12% from June 1, 2017 impacting also on vehicle insurance and roadside assistance policies.

The Chancellor confirmed the government’s commitment to legislate next year to end the compensation culture surrounding whiplash claims - a major area of insurance fraud - saving drivers an average of £40 on their annual premiums.

The Ministry of Justice is currently consulting on proposals which, it says, will reduce the unacceptably high number of whiplash claims and allow insurers to cut premiums. The government will bring forward supporting legislation in the Justice Bill and expects insurers to pass on savings, which it says are worth a total of £1 billion.